Troye Sivan released “Dance To This” featuring Ariana Grande – a track from his forthcoming album, Bloom. The song is today’s Apple World Record. Listen for Zane Lowe’s interview with Troye on Beats 1 today at 10:00 AM PT. Download/stream “Dance To This” HERE and view the visualizer HERE.

Sivan said, “‘Dance To This’ is about that moment when you feel like you’ve been to enough house parties or events, and staying home and like, making out in the kitchen and cooking dinner sounds like a much, much better alternative.”

Bloom, which will be released by Capitol Records on August 31, is now available for pre-order everywhere. Fans who pre-order the digital album will instantly receive “Dance To This” plus the singles “Bloom” and “My My My!”

USA Today said, “One of the most intriguing young talents of his generation is Troye Sivan, whose track My My My! is one of 2018’s best singles.” Naming it one of the Best Songs of 2018 (So Far), Billboard noted that while Troye’s earlier singles “suggested a teenage artist prepping for the leap to greatness…‘My My My!’ evidences an adult who’s already there, brimming with confidence from the first chopped-up synth moan.” Combined global streams of “My My My!” are approaching 200 million. Views of the official video have surpassed 30 million.

NYLON said, “It’s Troye Sivan’s year. If this past January’s ‘My My My!’ single cemented him as a budding gay icon, his latest release, ‘Bloom,’ is his grand flowering.” #Bloom was the #1 worldwide trend on Twitter the night of the track’s release. Rolling Stone praised the “glamorous, gender-bending video,” which can be seen HERE.

Tickets for The Bloom Tour are on sale now at LiveNation.com and TroyeSivan.com. Multiple dates are already sold out and a second show has been added in San Francisco. The North American headline run, which kicks off on September 21, will include Troye’s first-ever show at New York City’s Radio City Music Hall (October 9) and performances at the Greek Theatre in Los Angeles (October 30) and The Masonic in San Francisco (November 1 and 2). See below for itinerary. All tickets for the North American dates will include a CD copy of Bloom.

Troye supported his 2015 debut album, Blue Neighbourhood (Capitol Records) with two sold-out North American tours. Blue Neighbourhood, which topped the iTunes charts in 66 countries, has sold more than 2.5 million adjusted albums worldwide and is certified Gold in the U.S. Streams across all platforms exceed 2.5 billion while video views have topped 500 million. The single “Youth” claimed the No. 1 spot on Billboard’s Hot Club Play chart and has been certified Platinum in the U.S. Troye has appeared on the covers of Rolling Stone, Out, V Magazine and, most recently, The New York Times’ Sunday Arts & Leisure section. His numerous awards include a Billboard Music Awards trophy and two GLAAD Media wins. 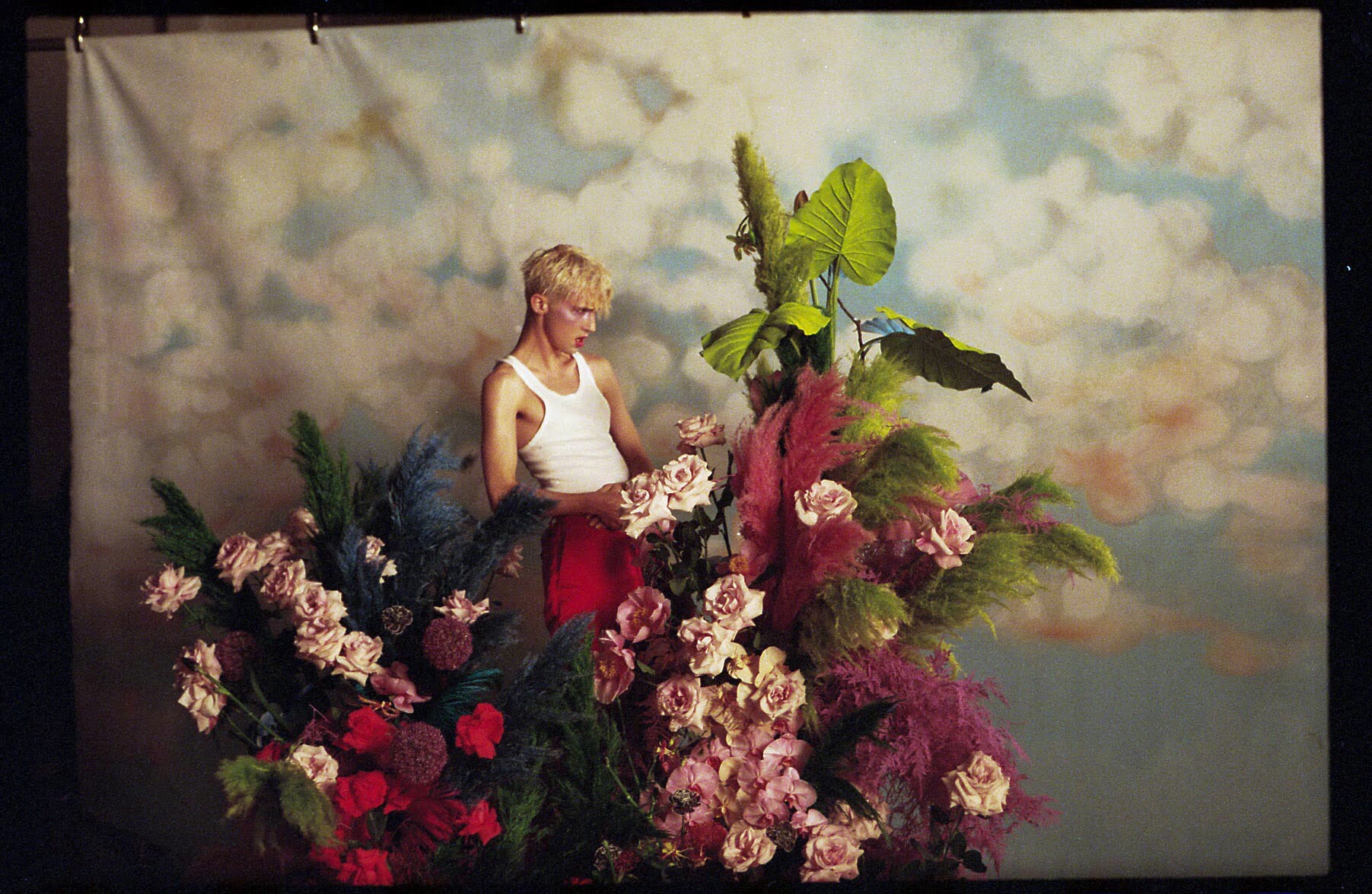 For more information check out:

When the duo first moved to Los Angeles, Mikey and Scootie spent weeks couch surfing, finding themselves among other scrappy yet determined artists, in a highly social and creative environment that became their fraternity, family, party spot, studio and home. During a session at home, Mikey and Scootie decided to, for the first time, create a track for themselves. In that moment, Social House was born.

Social House has produced songs that range from a dark, urban feel to more upbeat rhythmic-pop, with their creative lifestyle shining through the feel-good character of their music that explores the diverse influences in their innovative production style.

Furthermore, he took over the 2018 Billboard Music Awards with a stunning 13 nominations. Among those nods, he’s up for the evening’s top prizes, including Top Male Artist, Top Hot 100 Artist, Top Rap Artist, and Top Billboard 200 Album in addition to two nominations in the Top Streaming Song (Audio) category.

Next week on April 26, he kicks off his massive summer headline tour with support from 21 Savage and SOB RBE sponsored by blu. The full confirmed itinerary can be found below. Get tickets HERE.

Most recently, “rockstar” shattered the record for “Longest #1 Run on the Spotify Global Chart” with “rockstar” [feat. 21 Savage]. The track held the top spot on the chart for an unprecedented and unmatched 114 days. Quickly achieving a RIAA 5X-Platinum certification, it spent eight consecutive weeks at #1 on the Billboard Hot 100, the longest stay atop the chart for a rap song in 2017. It also made history as “The first U.S. Hip-Hop Song to be #1 for Consecutive Weeks in the UK since Run D.M.C.’s ‘It’s Like That’ in 1998” and set Canada’s record for “All Time Streams in One Week.” With over 1+ billion worldwide streams, global consumption exceeds 8 million.

CHECK IT OUT HERE

“We’re feeling really good about this new music and so excited about it. It’s really just the two of us out here making the records we’ve always wanted to make and the sound is really coming into its full form because we’ve been doing this for a little bit so we know what we want to do and we’re going for it!”

“We’ve been fans of Leikeli47’s music for a while now. She’s so creative and visual like us so it seemed like a great match-up and it’s super exciting for us!” – Lion Babe, interview with BBC Radio 1

Listen to their interview on BBC Radio 1

Stay Tuned for a television performance of “THE WAVE” airing this Thursday April 5th at 11PM Est on Bet’s The Rundown With Robin Thede !

“My good friend Dir.Lx and I had so much fun making this. Can’t wait for you to hear more of what’s to come,” speaks Ebenezer.

Bad Romantic grips you from first listen and is a project that warrants multiple playbacks, truly showcasing his own signature UK rap aesthetic. An ode to real romance, the EP jumps from energetic deeper trap sounds on tracks like “Till I Die” and “Catch Feelings” and transitions to slower vibes with more emotive tracks like “South of France” and “Nostalgia,” overall rounding this project off as a stunning first EP from Ebenezer.

In a few short years Ebenezer has worked with the likes of Rejjie Snow, Jeremih, Ty Dolla $ign and Craig David. With a string of successful tracks released last year such as “F**K IT,” “Survival” and “Cliché,” Ebenezer is carving his own unique path – one of emotionally tinged R&B with hints of trap, completely void of the usual pretence that’s flooded the genre. In a way, it could be described as conscious turn-up music, but without a holier than thou message. The project sets Ebenezer apart from everyone else, as someone from London with a story to tell.

Born in Homerton, Ebenezer spent most of his childhood at a cousin’s house in Hackney along with his brother and sister. While his mother was busy holding down three jobs, Ebenezer and his brother spent most of their free time listening to music, watching MTV Base and learning to produce.

In an era where most indie artists are secretly funded by major labels, and music gets carefully selected by gatekeepers based on the least resistance, people are starving for a change. Rising artist Chris Stylez took a non-traditional path to success forcing people in the conventional music system to question how he pulled it off.

Canada-born, New York-based R&B artist Chris Stylez became something of a viral sensation summer of 2016 after his song “Who Is” amassed over 50 million loops on Vine and hit Spotify Viral Charts in more than 16 countries. However, it’s difficult to pin down Stylez as a child of internet culture. With a polished tone reminiscent of a Voodoo-era D’Angelo, and the legendary soul sensation Marvin Gaye, it’s clear that the music comes from an authentic place.

Blazing his path from Toronto artist to downtown New York fixture was the product of habitual traveling in search of inspiration. After spending time creating and collaborating in Atlanta and Los Angeles, in addition to touring his way through Europe’s underground music scene, Chris finally landed in NY. Upon meeting Chris in person, Ozy.com interviewer Jeff Vasishta wrote “he seems to know everybody.”

Stylez decided to self-fund his releases leading to an organic groundswell of interest. After sending his dancehall influenced single “Relapse” directly to club and mixshow DJs, the record began to chart in multiple cities on Shazam. That led to radio spins in US, Canada, and Australia with no label or radio promoter on board (a practically impossible feat).

“It’s soulful, and rebellious—this is me,” says the artist about his newest project ‘In Late, Out Very Early’. The sensuous, memorable songs explore Chris’ roots in Reggae, R&B, and Soul, yet are guided to new landscapes through deft hands in contemporary production by ANYRIOT. The tracks are in no way shy of their overt sexuality, yet are presented in such luscious and enticing restraint that the listener is left wanting more.

He collaborates regularly with artists and producers throughout the United States and Europe, while touring internationally, most recently an exclusive SoHo House Tour, performing live in Los Angeles, Chicago, New York, Toronto, and Berlin.

Listen “Fall For Me” HERE

Expanding its roster of multiplatinum award-winning superstars once again, The Blueprint Group/Maverick announces the recent signings of RIAA Platinum-certified hip-hop force Rich the Kid and breakthrough talent Jay Critch. The team will represent both artists for management worldwide.

One of hip-hop’s most thrilling new voices, Queens born rapper, singer, songwriter, actor, executive, and Rich Forever Music founder, Rich the Kid quickly cemented a spot at the forefront of culture with his certified Platinum smash “New Freezer” feat. Kendrick Lamar and the red-hot follow-up “Plug Walk.” Both regularly average upwards of 70K units in weekly consumption. At Spotify, “New Freezer’s” total streams have surpassed 82 million and counting to date. Moreover, the single claimed real estate on coveted playlists such as “Rap Caviar” Hot Todays’s Top Hits, “Hot Rhythmic”, and “Get Turnt” and landed in the Top 50 of the Us Top 100 and Top 100 of the Global Top 200. “Plug Walk” simultaneously just crossed the 12 million streams mark.

At radio, “New Freezer” is quickly approaching Top 10 Urban radio and Rhythmic radio is starting to catch fire with “Plug Walk” not far behind. The artist’s full-length debut and what promises to be a hip-hop blockbuster of epic proportions, “The World Is Yours”, arrives in stores and at all digital retailers in March 2018.

Signed to Rich Forever Music, Critch remains on track for a breakout of his own in 2018. His single “Fashion” [feat. Rich the Kid] ignited 16 million-plus Spotify streams as he consistently generates over 1.6 million monthly listeners on the platform. He garnered widespread fan love for his star-making turn on last year’s Rich Forever 3 compilation and will be unveiling more music very soon.

Aligning with The Blueprint Group/Maverick, Rich the Kid and Jay Critch will be under the guidance and watch of one of the industry’s most innovative, inventive, and influential executive teams.

About these signings, The Blueprint Group/Maverick Partner and CMO Al Branch comments, “Rich the Kid is burgeoning Rap Mogul in the making, I’m so excited to seeRich the Kid and Jay Critch provide the Blueprint for the new generation of artists, entertainers, and executives”.

About The Blueprint Group: