With the recent outbreak of the Coronavirus pandemic, the shortfall of supplies and equipment for healthcare workers was inevitable. In this time of uncertainty, New Yorkers as well members of a global society are dependent upon community outreach and government. Leaders like Michael Costillo, Christian Soriano and GAP have taken action by lending their resources to impact the scarcity in surgical mask industry.

As of late, stylist/designer Armon Hayes created a protective mask for 360 Magazine’s Vaughn Lowery. Not your typical medical face mask, it was derived from Gucci fabric from a vintage belt bag with velcro stone wash denim straps. Designed out of necessity, fashionable protection is sweeping the market. The idea of a protective mask is becoming a part of our normalcy, inducing creativity during these turbulent times.

Fans can access the Lovers & Friends Fest presale code via the website, giving them early access to tickets. Register now with a valid (US/CAN) mobile number to receive a presale code and the link to buy tickets before they go on sale. The presale begins Thursday, February 20 at 10:00 AM pacific time.

Tickets go on sale to the general public on Friday, February 21 at 10:00 AM pacific time. Prices start at $145.00 plus fees with payment plans also available at $19.99 down. More information available at www.LoversandFriendsFest.com .

KAYTRANADA confirms a third and final show at Los Angeles’ Shrine Expo Hall on Sunday, April 26. Friday, April 24 and Saturday, April 25 are sold out. Tickets on sale Friday, February 14 at 10:00 AM via AXS.com.

BUBBA is the highly anticipated follow up to KAYTRANADA’s breakout debut 99.9% and features Pharrell Williams, Tinashe, Kali Uchis, GoldLink, Charlotte Day Wilson, Estelle, VanJess, Masego, Mick Jenkins, SiR, and more. The album landed at #1 on the Electronic Albums chart and #3 on the R&B Albums chart upon its release and is available for vinyl pre-order on his website .
Watch “10%” featuring Kali Uchis and listen to BUBBA. Stay tuned for more from KAYTRANADA coming soon.

360 Magazine had the opportunity to try the earbuds and sound did not disappoint. The wireless Bluetooth puppies last up to 12 hours of battery life, fit snugly for comfort and are water resistant. They are convenient for travel and come with a mini charging case perfect for the gym, work or a musical adventure. With different tones to match the month and a specific mood, consumers feel a personal connection to their unique item.

360 Magazine had the opportunity to try L.A.’s hottest vegan restaurant, Nic’s on Beverly. Nic’s is a fairly new eatery pioneered by Stephan Bombet and Nic Adler, the man who first opened Monty’s Good Burger and featured his arsenal at Coachella Music and Arts festival in Palm Springs.

Upon entering the establishment, a modern indoor dining area accented with a bar in blues and a patio can be found. The Hollywood heat is cooled by a gaping tree, sprinkled with lights, that shades most of the courtyard. With the smiles of the staff urging its patrons on, picking a seat has never felt more welcoming.

Start your afternoon right with handcrafted cocktails, a signature frozé or a Bloody Mary (for you spice lovers). Vegan waffles, tofu eggs benedict, and falafel burgers are just the start of Nic’s madness. The falafel burger particularly has meat-eaters covered and gets health nuts just a little more nutty. What means the most is the craftsmanship of each dish whether it be the four-step process fries or an in-house jelly. Farm-to-fork is deemed an understatement and perhaps the most overlooked dish would be the summertime peach salad which leaves your pallet refreshed with aromatic tomatoes.

At the end of the day, a foodie trying this establishment won’t care whether they are eating meat or not – the flavor says it all. The fresh gem can be found at 8265 Beverly Blvd, Los Angeles, CA 90048, and their Instagram here. 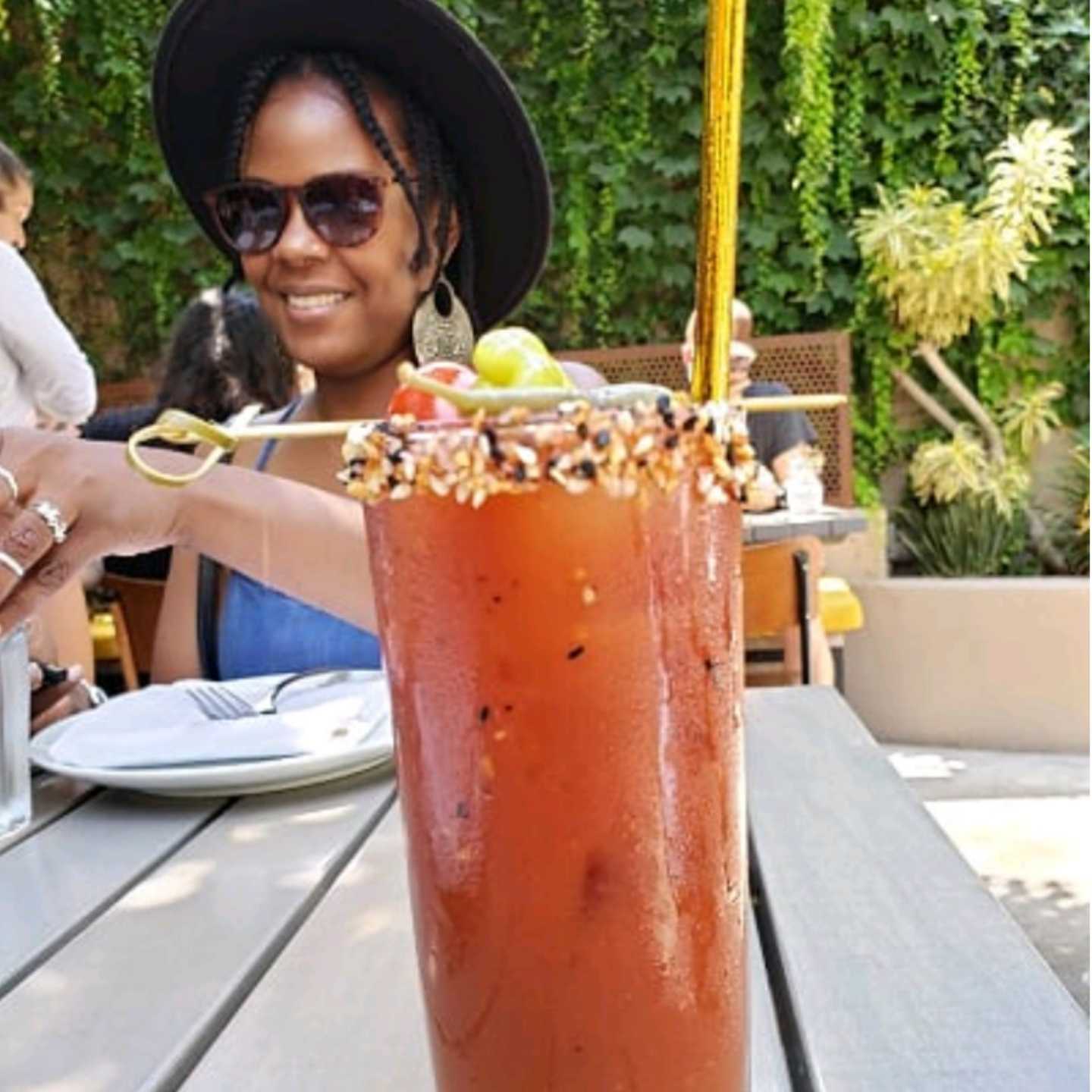 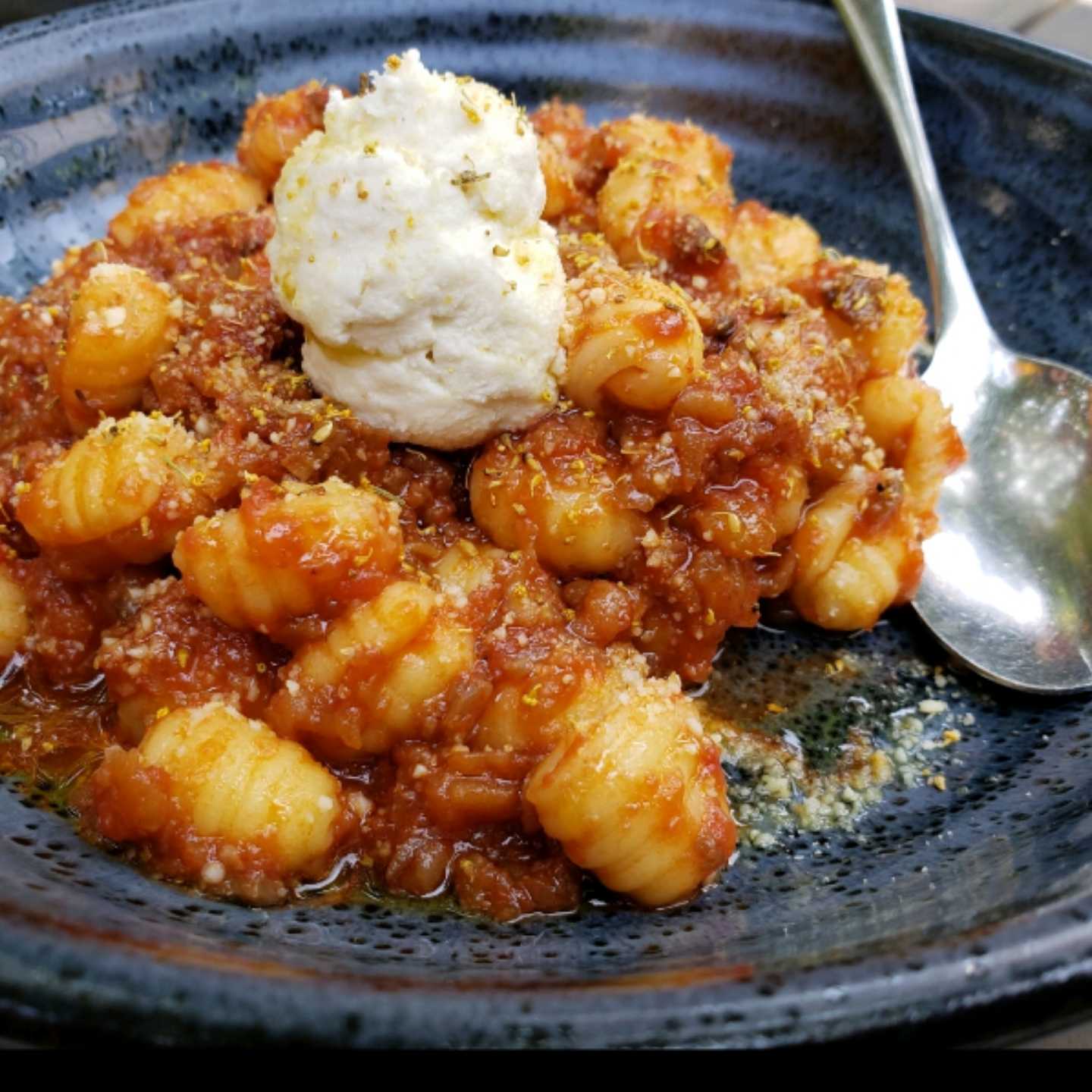 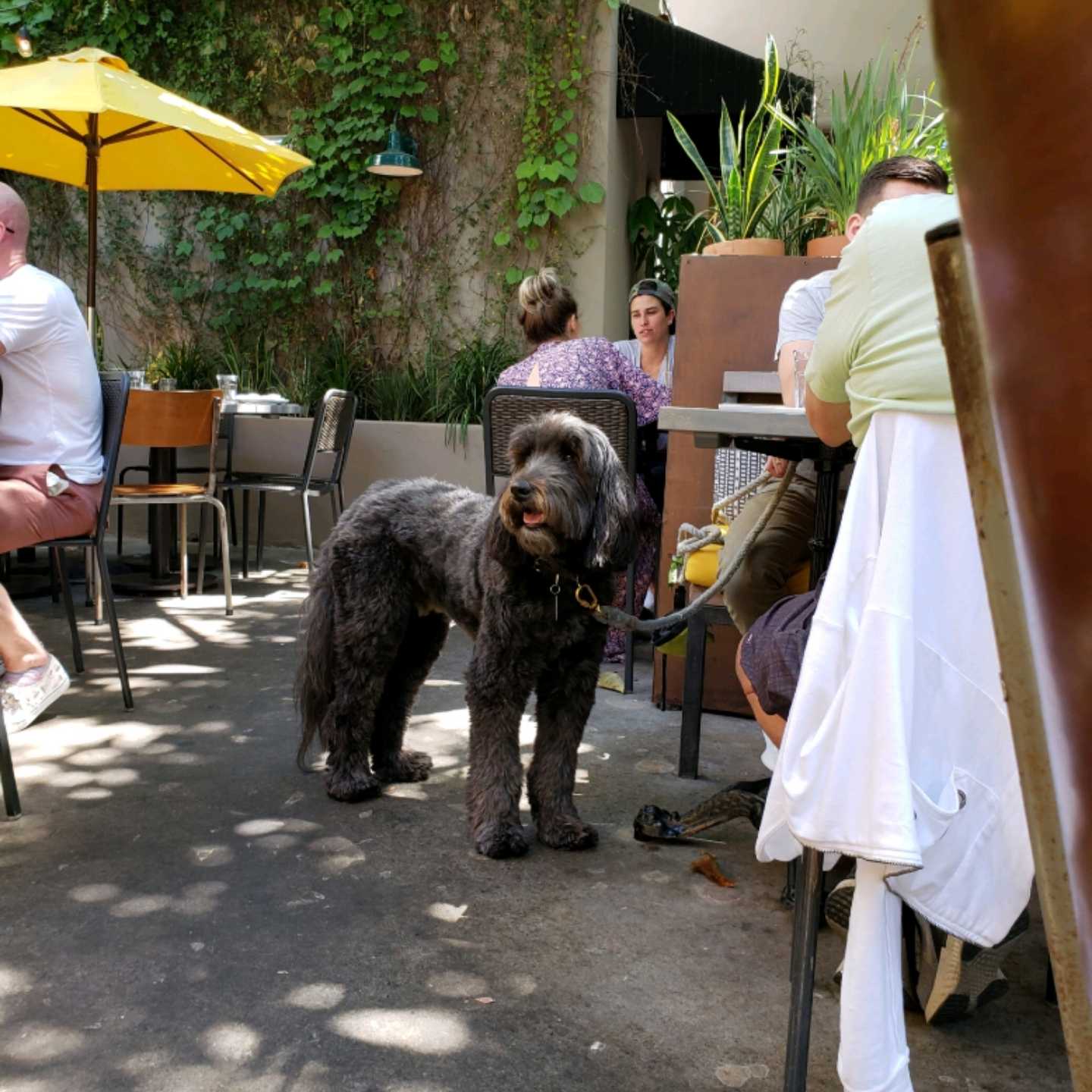 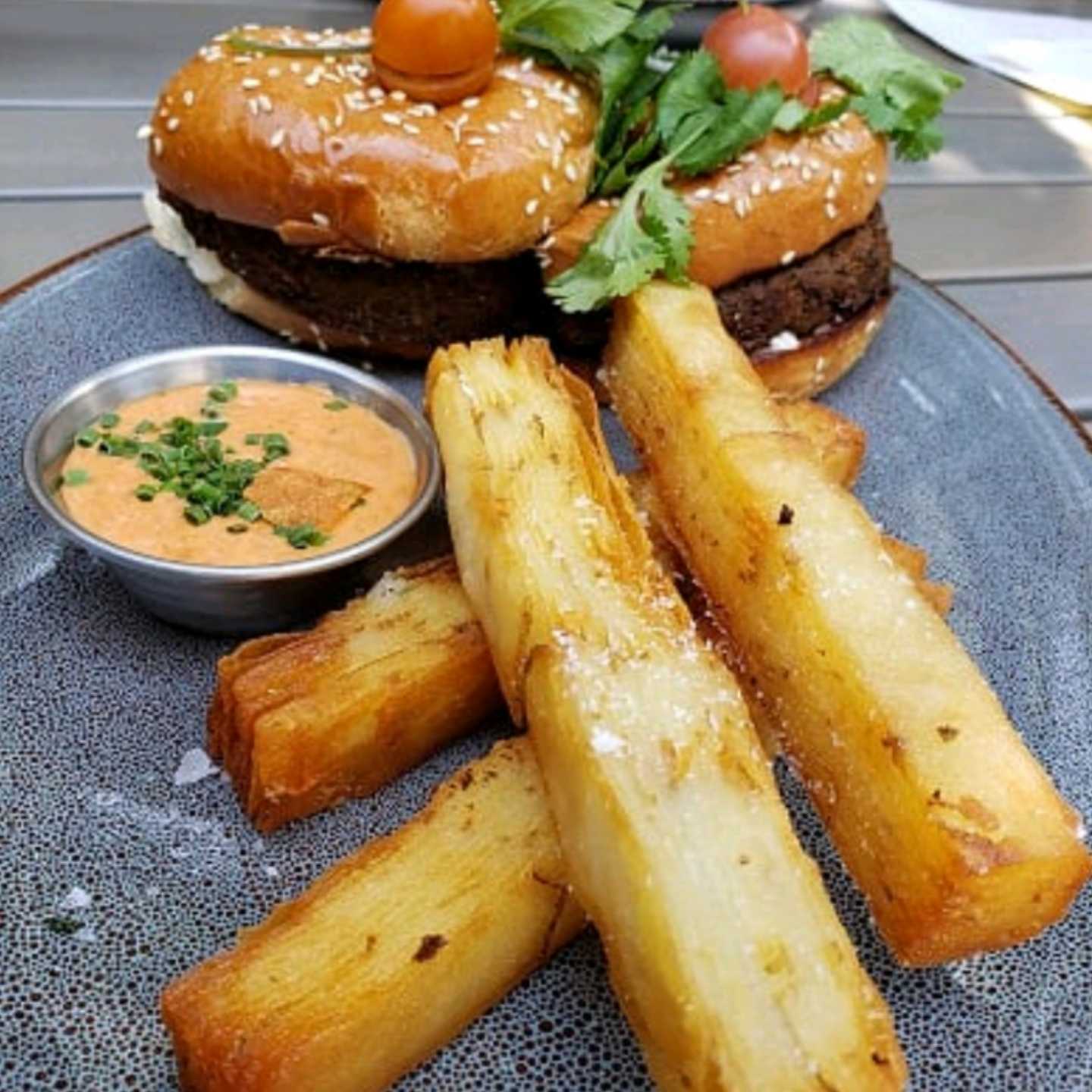 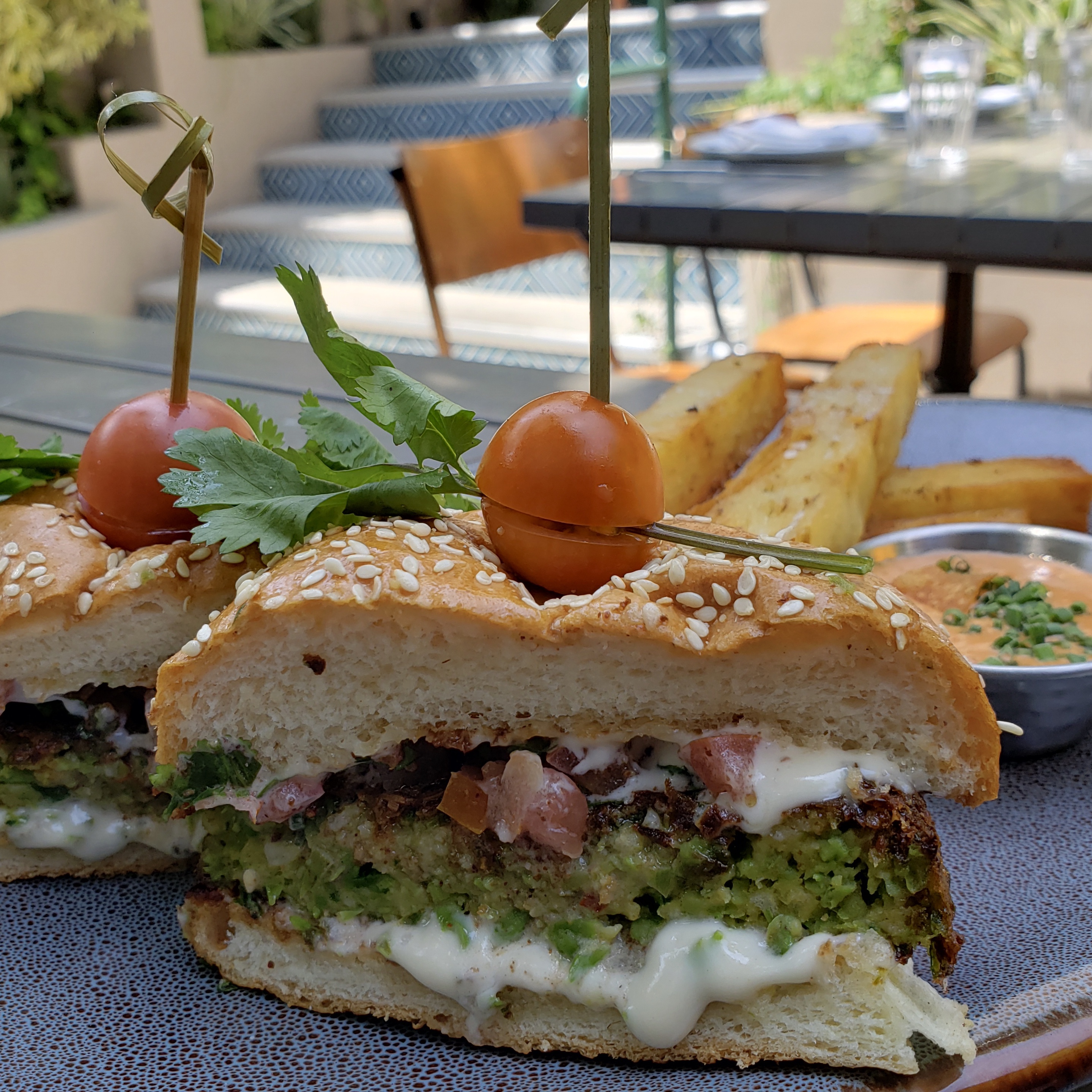 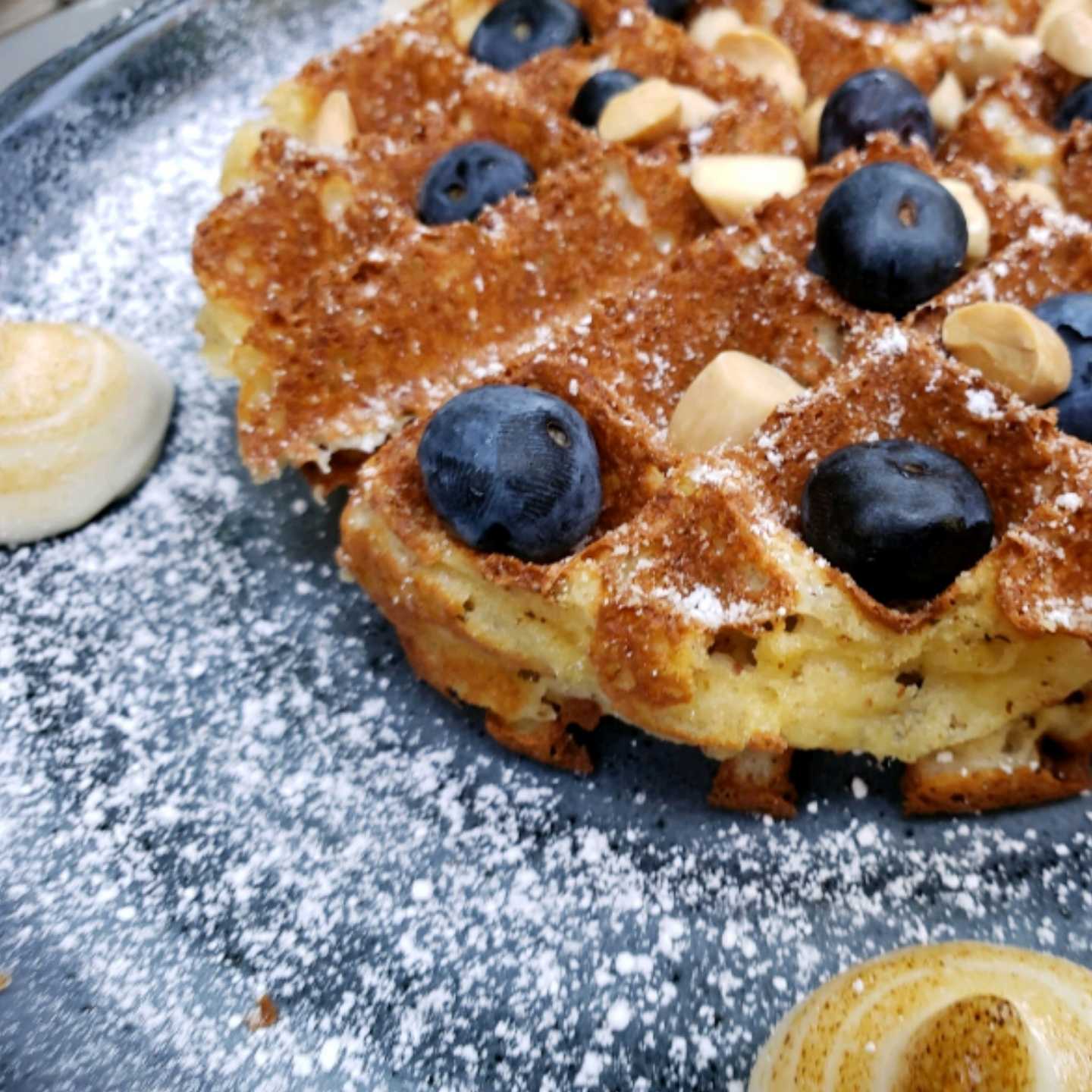 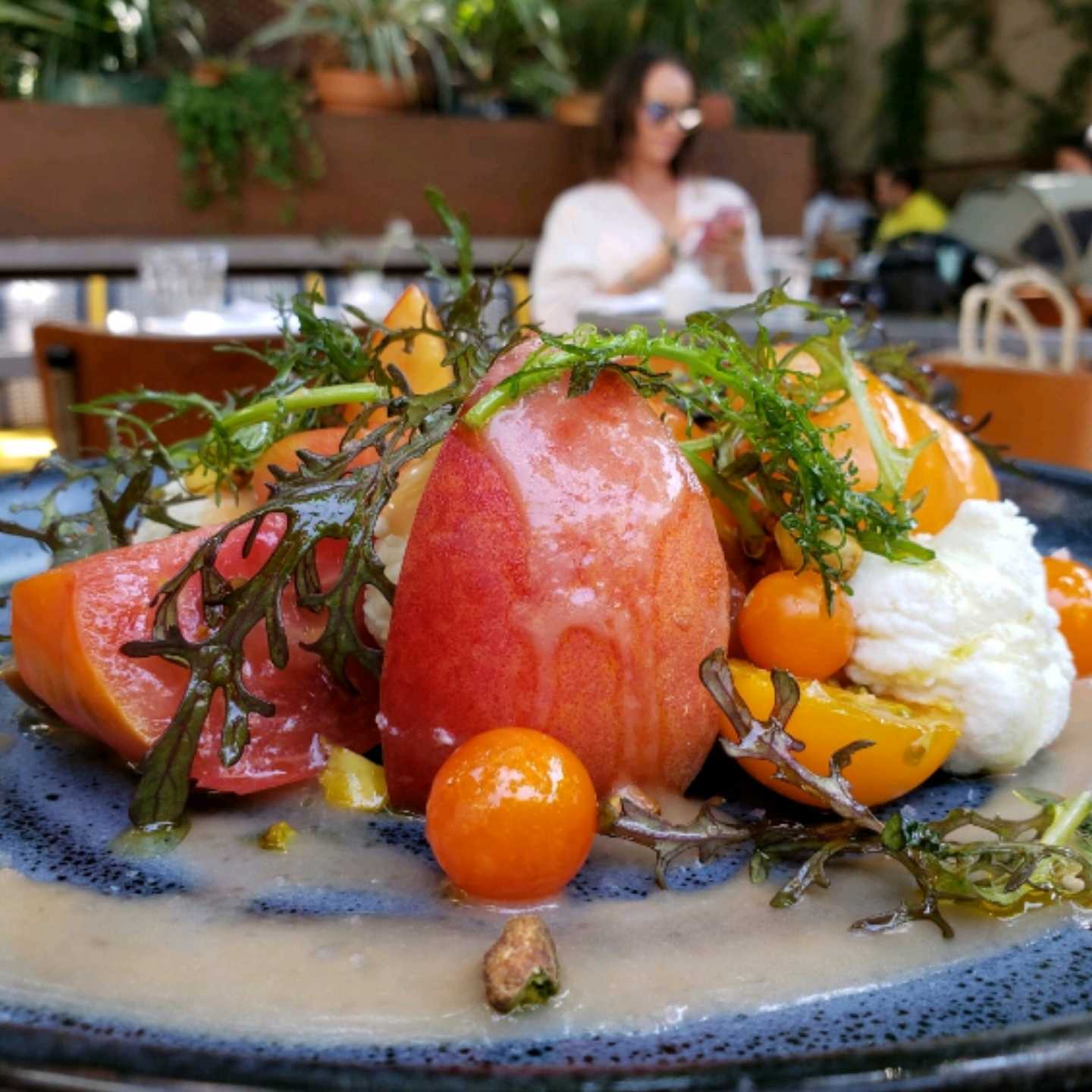 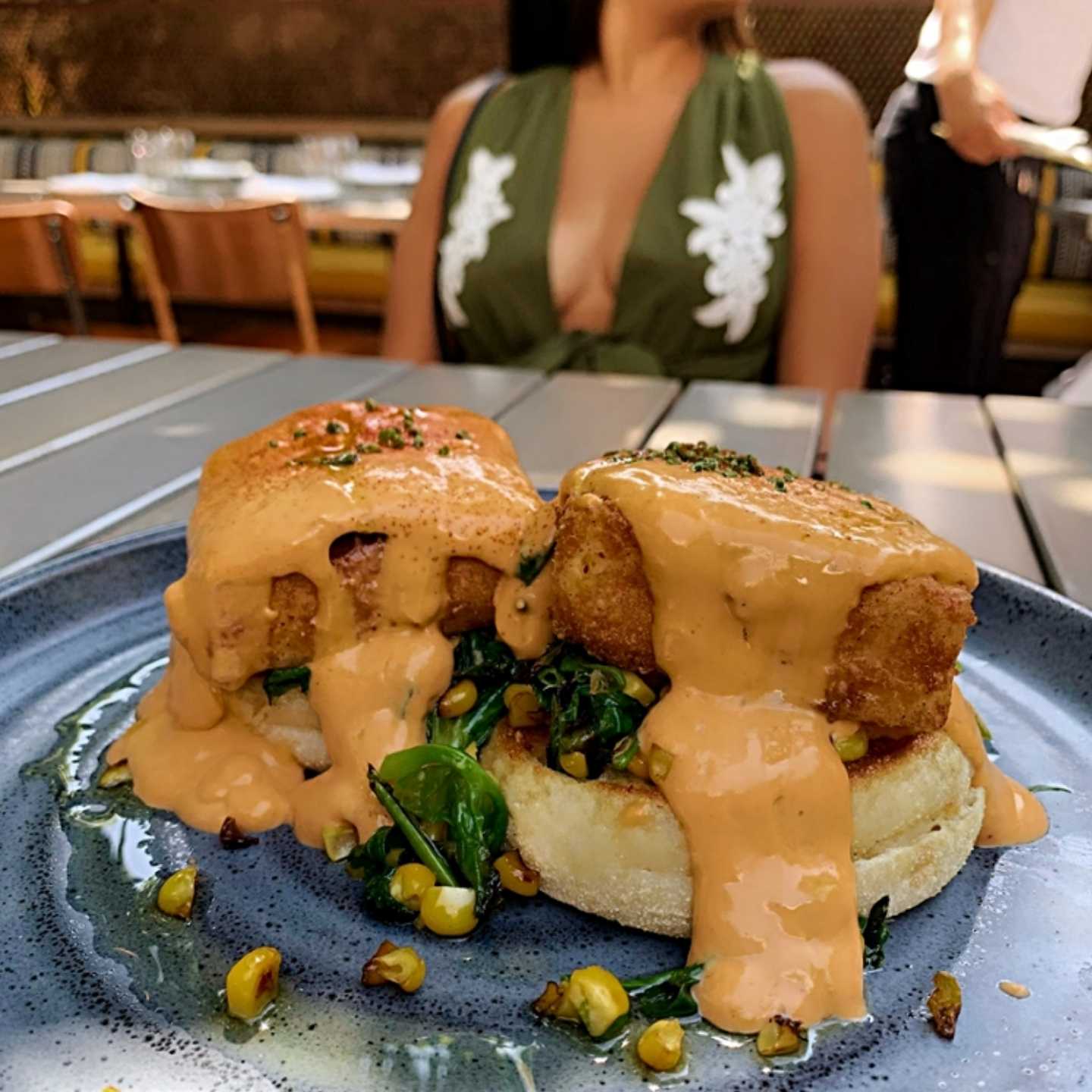 Harvey Stein is an internationally renowned street photographer. His work spans Mexico to the United States, Italy, India and many other places. His most recent book titled “Mexico Between Life and Death” explores the idea of a culture living in a state of limbo. He travelled to numerous cities throughout the course of 14 trips in 18 years to complete this thorough body of work.

During his presentation at the Mexican Cultural Institute of Washington DC, Stein discussed his particular style and the photographic techniques that he uses to tell stories in his work. He was specific about his straight forward approach towards photographing his subjects to express stark emotion. Stein photographs people head on and without smiles to present a natural and whole form of humanity, without filter. He uses compositional elements, the placement of people, shapes, and 2D vs. 3D planes to create images that challenge the eye. Additionally, his use of film provides another layer of genuine expression in his art.

Stein made the point that although he travelled to Mexico for almost a decade for this series, he does not know Spanish. This did not hinder his ability to interact with his subjects.

The video, directed by Kid Art [Meek Mill Ft Drake, “Going Bad”], resembles nothing either rapper has ever done in the past, the cinematic clip immediately stands out. Whether it be luxury foreign purple whips balancing on top of each other or a gold chain link high wire connecting skyscrapers, these set pieces speak to the larger-than-life nature of this union between Icewear Vezzo and Big Sean. As they rap above the skyline on the flossy trapeze line, their undeniable and explosive chemistry practically bubbles over. Fittingly, the video culminates in an underground room with stacks of cash as our hometown heroes celebrate.

Icewear Vezzo proudly leads a new era of Motor City hip-hop. His explosive discography encompasses the fan favorite Clarity mixtape series and breakout Moonwalken, which boasted beats from heavyweights such as Zaytoven and TM 88. Following a stint in Federal Prison, he ignited 2018 as his biggest year yet. In addition to a triumphant return to the stage at Detroit’s Hot 107.5 Summer Jamz, he dropped the acclaimed 337 EP with Earlly Mac and set the internet ablaze with the brash and blunt banger “Drank God Back Freestyle.: Mass Appeal predicted, ”Detroit’s best hope at a singular star is Icewear Vezzo,” and Hypebeast dubbed him, “The King of contemporary Detroit rap.” A pillar of his community, he also owned the local haunt Chicken Talk restaurant.

With his surefire spitting and slick storytelling, he ushers in the next generation of Detroit legends.

*Risky Business. Whether scaling a treacherous mountain or going into the belly of the world’s most challenging wave, extreme sports cameramen exhibit remarkable athleticism in pursuit of the perfect shot. Jon Frankel profiles these Evel Knievel-like risk-takers, who display the same bravery as the athletes they cover, taking terrifying risks to capture images of some of the world’s most dangerous sports.

Check out the full segment here!

In the ad, Brees, an investor and brand ambassador for UNTUCKit calls out the blown call from the end of this past season’s NFC Championship Game. Passing by someone wearing an UNTUCKit shirt, Brees says “At least someone made the right call.”

This represents the first time that Brees has publicly referenced the blown call, which not only cost his team a chance at the big game, but prompted new rule changes this offseason.

The ad debuts today and will appear on TV and online advertising throughout the spring. The full spot featuring Drew Brees can be viewed HERE.

Maisha Simmons, MPA recently joined the NAACP as the Deputy Chief Director of Development/Sr. Director of Foundation Relations. Most recently Simmons served as a Senior Program Officer at the Robert Wood Johnson Foundation (RWJF) in an administrative role supporting the management of team operations and functions.

“We are excited to have Maisha as part of the Development Team at the NAACP to lead our efforts in Foundation Relations. She brings to our organization deep and trusted relationships within the philanthropic community and has the passion and dedication to support partnership between the NAACP and the funder community,” said Derrick Johnson, NAACP President and CEO.

For more than 20 years, Simmons has been dedicated to serving community organizations where she worked on issues like community violence prevention, early care and education, childhood obesity and youth development. Notably she led RWJF’s commitment to improving the health and well-being of young men and boys of color which was recognized during the Obama Administration through the My Brother’s Keeper Initiative.

“As one of the first Program Officers at RWJF to facilitate the relationship between NAACP and the Foundation I have seen first-hand the impact that can come from civic organizations in partnership with philanthropy to address some of the real challenges that communities face today. I look forward to continuing this practice at NAACP,” said Simmons.

Simmons is a graduate of Rutgers University and Baruch College and joins the Association as it restructures to better align its operations with the current political and civil rights climate.