SPARKS TEAM UP WITH CYRIAK FOR “EXISTENTIAL THREAT” VIDEO

Sparks are excited to share the new video for the song “The Existential Threat,” from their new album A Steady Drip, Drip, Drip, which was released on CD, vinyl and cassette this past Friday, July 3. The video was created by the iconic animator Cyriak, known for his subversive and surreal work. “The incredibly manic and overwhelming nature of the existential threats that are facing all of us nowadays and our reaction to those threats, expressed musically and lyrically in our song ‘The Existential Threat’, are brilliantly demonstrated in the frightening and beautiful video for the song by Cyriak.” — Ron and Russell Mael, Sparks

Speaking about the process Cyriak said: “When I was asked to make a music video for Sparks, I could hardly believe it. They sent me the whole of their new album to choose from, and there was this one song that immediately stood out – ‘The Existential Threat’. Not only did the music fit perfectly with my animation style, the subject of existential dread is something I have been fascinated by for as long as I can remember. It was like I could see the whole video inside my head as I listened to the song. “The brief was totally open, but I felt this track deserved more than just some crazy visuals. It has a psychology driving it, and a feeling that hangs over us all, especially in these modern times of information overload. Are these threats real, or imaginary? Are they just a paranoid delusion, or do we ignore them at our peril? It was great fun making this video, and I hope it makes people think about their inevitable impending death in a more light-hearted way.” The extraordinary A Steady Drip, Drip, Drip was released digitally on May 15 to universal acclaim.

“With A STEADY DRIP, DRIP, DRIP, Sparks have drawn on the many styles and many great moments in a multi-faceted career that began in their native Los Angeles in 1967, while retaining the unique identity. Whatever style they embrace, and they have embraced most – pop, rock, New Wave, synth-pop, disco, dance, electro, orchestral, opera – they always remain ineffably, irrefutably, inescapably, undeniably Sparks.” – LouderThanWar

“No band should by rights sound as sharp, melodic and funny more than 50 years into their career. But Sparks are no ordinary band.” – Q

“a work of genius” – 9/10 Clash “A masterclass” – Northern Transmissions

Hailed as one of the best and most diverse East Coast festivals, Moonrise annually draws in over 35,000attendees per day. Festival organizers Club Glow and Steez Promohave a proven track record for throwing unforgettable large-scale entertainment events, and with Moonrise touching all corners of the dance floor, from electro and dubstep to house and rap, this year’s highly anticipated festival will be no different.

Get it HERE via Casablanca Records.

Once again, the twosome ignites a fresh flame for electronic dance music. Weaving together live choir, strings, and a horn section, they craft a warm and wondrous sonic background that builds towards a shimmering climax. Over this soundscape, Los Angeles songstress ROE carries heavenly and hypnotic verses towards an anthemic refrain, “You’re sparking my fire.”

Most importantly, the single lights the fuse for the group’s upcoming EP—due out July 27, 2019. Be on the lookout for more music and big news from SACHI very soon.

Cold War Kids release Audience a live, greatest hits album, available at all digital partners. Fans can pre-order Audience on vinyl, which features three exclusive bonus tracks, and CD today at shopcoldwarkids.com.
Recorded at The Georgia Theatre in Athens, GA on September 24, 2017, Audience takes its title from a song that appeared on Cold War Kids 2017, Behave Yourself. The career-spanning live set, available now on Capitol Records, also features key songs from each of the band’s six studio albums, including “We Used to Vacation,” “Hang Me Up To Dry,” and “Hospital Beds,” from Cold War Kids 2006 debut, “Robbers & Cowards,” and “Miracle Mile” and “Bottled Affection” from 2013’s Dear Miss Lonelyhearts. The band’s most recent releases are represented with “All This Could Be Yours,”and the Gold-certified, Alternative Songs chart topper “First” from 2014’s Hold My Home plus “So Tied Up,”  and “Restless,” and “Can We Hang On?”; which originally appeared on LA Divine, the band’s 2017 sixth studio album. See below for track listing.

Norwegian-born, Los Angeles-based electronic duo Lemaitre returns with a new single, « Machine » and an early start on the festival season with performances this weekend at M3F in Phoenix, AZ and CRSSD in San Diego, CA. “Machine” – the duo’s first new offering since 2017’s Chapter One, which featured the hit single « Closer” feat. vocalist Jennie A. blends bright synth lines, jangly guitar riffs, and soaring melody into a sweetly wistful, indie-pop-inspired confection. Relationship issues send the track’s narrator into emotional overload and leave him yearning for a simpler, more mechanical existence. He pleads, “Every time that I try, I shut down/So can you please hit restart?”.

“The basis for the lyrics to the song was this thing my cousin used to say when he was little” notes Ketil Jansen, who founded Lemaitre with fellow producer/songwriter Ulrik Denizou Lund. “Every time he did something he wasn’t allowed to do, like play with matches or whatever, he’d always turn into a machine and walk out of the room all robot-like, saying « I’m a machine, I don’t have any feelings, you can’t yell at me.” It was the perfect defense”

“Machine” is the first in a series of new tracks from Lemaitre. Forthcoming singles “Control” “Little Things” and “Big” are the results of Lemaitre’s collaborations with producers Coucheron, Jerry Folk, Bearson and William Larsen, all of whom are also Norwegian artists living in L.A. The tracks will be released over the course of the year.

In addition to this weekend’s festival performances, the duo will play Sasquatch and numerous other festivals. See below for initial itinerary and follow Lemaitre for further announcements. Known for their incendiary live sets, such as their explosive appearance at Coachella 2016. Lemaitre constantly change up their show to specifically suit each audience and venue, typically bringing in a full band, sometimes with an entire horn section.

Lemaitre’s commitment to upending what’s expected of the musical experience dates back to their earliest days as a duo. After meeting at a party in Oslo and bonding over their love of the Chemical Brothers and Basement Jaxx, Lund and Jansen started making music as teenagers. In summer 2010, they had a major breakthrough when “The Friendly Sound” – their second-ever release – hit No. 1 on Hype Machine overnight. In early 2012, Lemaitre released the first EP in their Relativity series. Relativity 2 followed in May 2012 and reached No. 1 on the iTunes Electronic chart in the U.S. and Canada. Soon after their song “1:18” was used as in a 2014 ad for the Apple iPhone 5C, Lemaitre signed to Astralwerks and made the move to L.A.

Streams of the hit single “Closer” now exceed 50 million on Spotify. The track was heard in a Google phone commercial and used by Bose in various retail displays while “We Got U” appeared in the FIFA 2017 mobile app trailer. “Higher” featuring Maty Noyes, landed in an Apple Watch ad, was praised by Idolator as “a mind-bending banger”.

“Bloodline” is the third single from this electro-pop singer’s latest album release, Edges Of The Mind.  With the emergence of Jazz/EDM recording artists like AlunaGeorge and Maty Noyes, S.O.S is poised to excel.  “Bloodline” is an anthemic masterpiece. Lyrics speak volumes to the new age generation – the millennials. In unison, they can achieve anything.  S.O.S‘s ability to melodically enamour an audience with Sade-like vocals and provocative instrumentation is a win-win. This musician’s sophistication along with strong marketability has landed them on our #360WatchList.

In fact, 360 just experienced a premonition. There’s a Grammy in her path if she continues to sustain her momentum. After all, a clean new sound is the equation for success. Simply ask our current cover stars, Hey Violet. 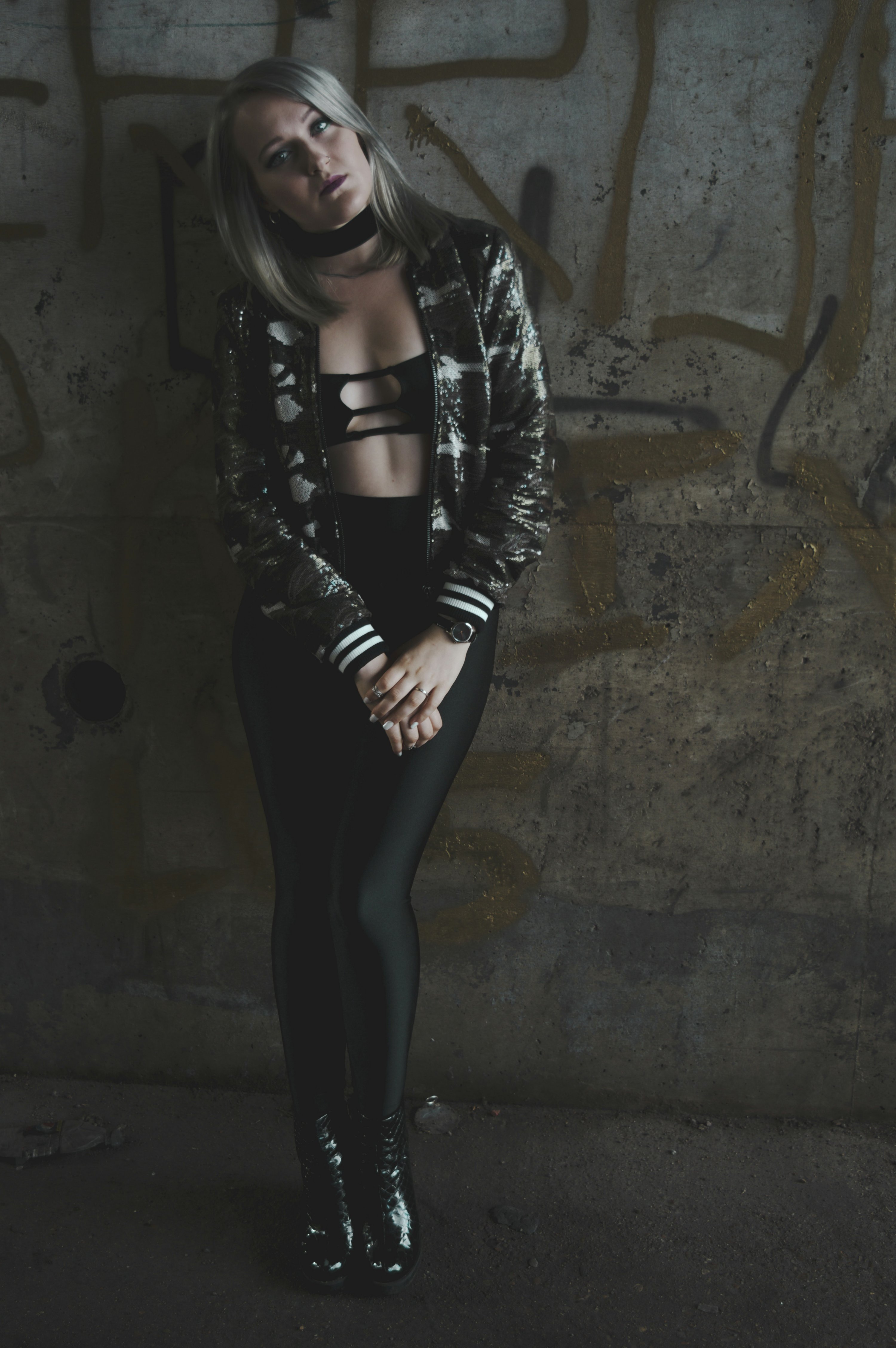 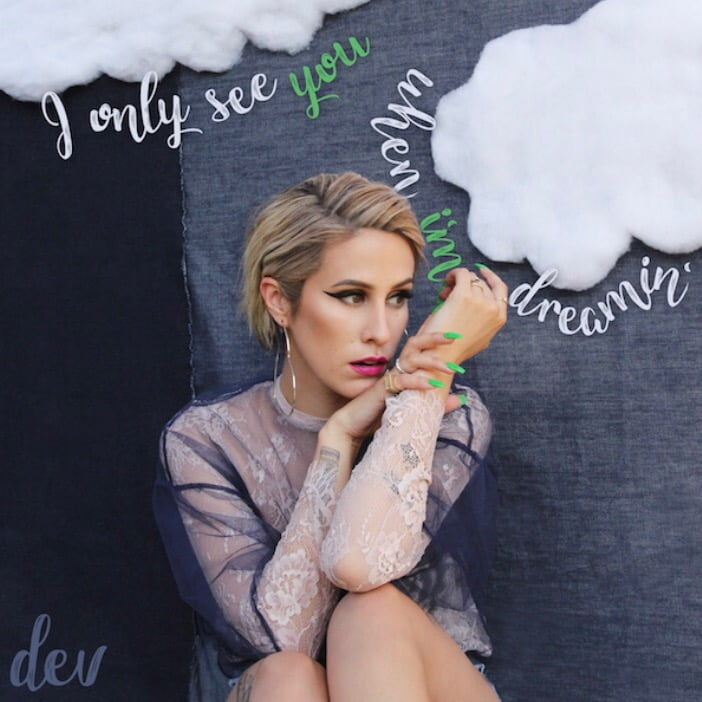 Multi-platinum recording artist, DEV is set to release her sophomore album, I Only See You When I’m Dreamin’ (IOSYWID) September 8, which is available for pre-order now HERE! Fans who pre-order the album will receive two new songs, the sassy-sweet “All I Wanna Do,” and the female anthem “Come At Me.” This will mark DEV’s first album to be released simultaneously to retail and streaming platforms. With a crew of collaborators that include Sarah Hudson (Katy Perry, Halsey, Rita Ora), MNDR, Marko Penn and producers Sam Sumser, Ritual, Isaac Valens and Mike Mac, the album finds Dev reclaiming her bass-heavy hip-pop beats that shot her to chart stardom, but with a reinvigorated sense of singer-songwriter swagger. 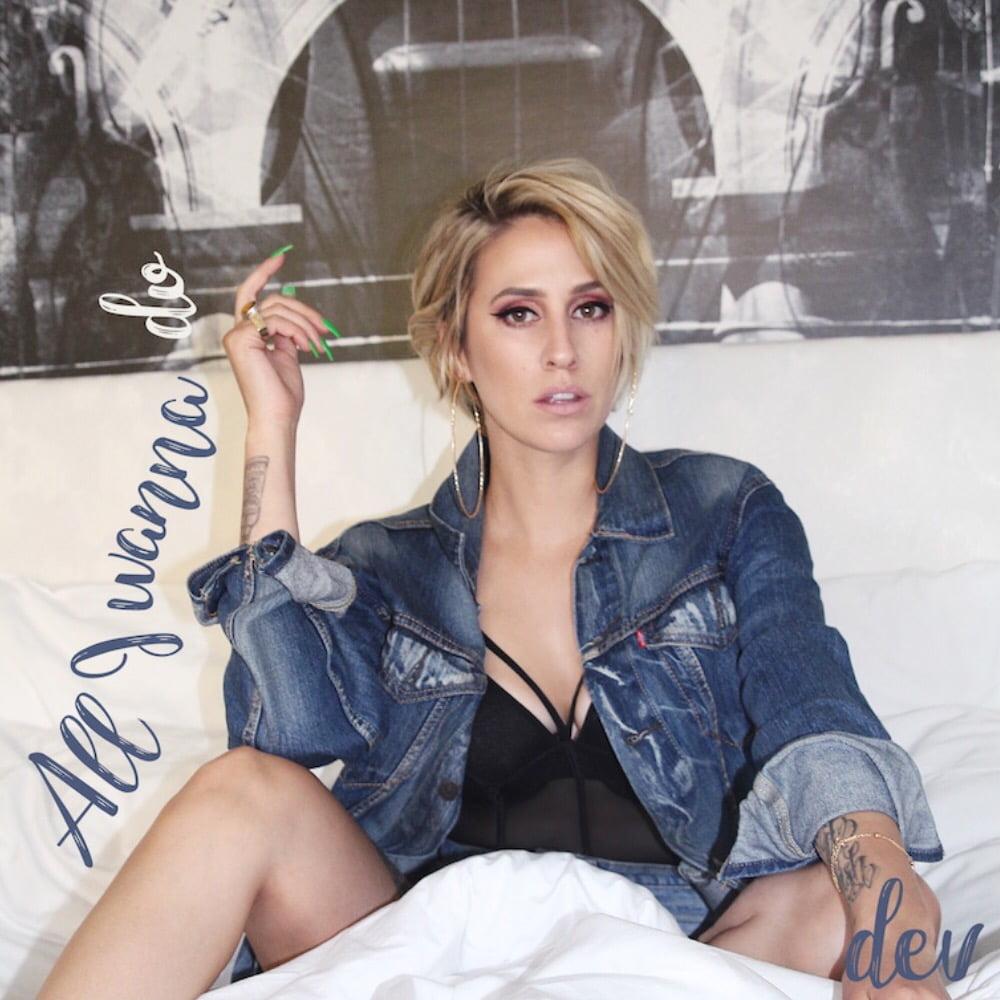 “All I Wanna Do” prompts the familiar Dev-like bounce, while lyrically the track ventures into Minaj-worthy raunch, but it’s Dev’s vocals and harmonies that shine through the sass. “The balance of how bouncy it is, but with how sexy and girly the lyrics and melody are fit really well,” Dev says of the track. “Usually a lot of male driven songs will usually be like ‘I wanna F you!’ so this will be so fun to perform from my point of view.” The additional release, “Come at Me” is somewhat of a yin to “All I Wanna Do”’s yang. Lyrically, Dev urges a “don’t-take-any-BS” attitude over a highly catchy melody. 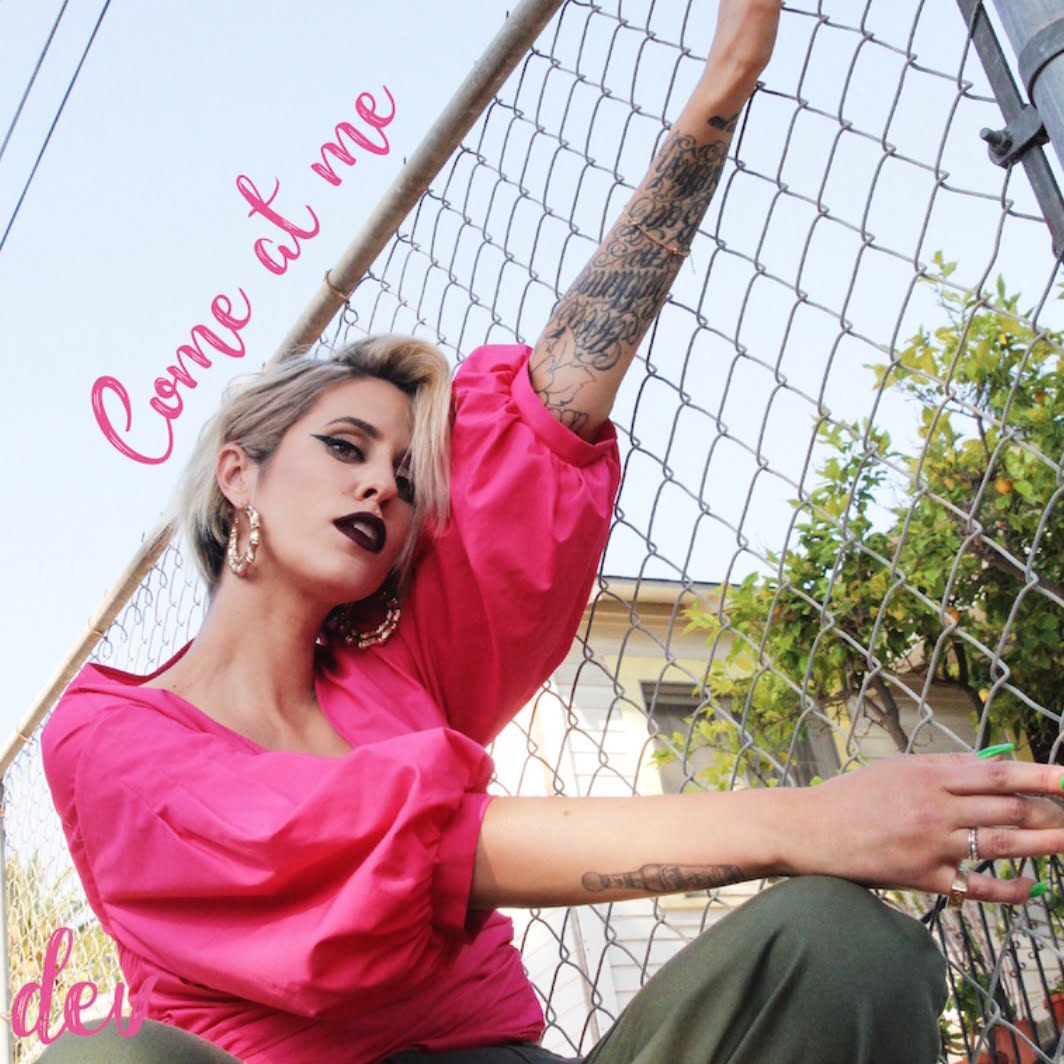 In it’s entirety, IOSYWID, serves as ode to Dev’s past—the good, the bad, the fun and the sad. Inspired by dreams and thoughts about those who she has since lost touch with, the vibe of the album radiates a theme of self-reflection from her current perspective. Dev takes listeners on a full-circle journey from late night sexting (“Drunk Texting” – OUT Thursday 8/4!) to piano-laden heartbreak (“Alone Again”).

This full-length album follows Dev’s break-out 2012 debut album, The Night the Sun Came Up, which features the platinum “In the Dark,” and landed her critical acclaim, spots on influential end-of-year lists, numerous brand syncs and commercial success. In 2013 and 2014 she released two complimenting EPs, Bittersweet July Part I and Bittersweet July Part II. 2016 saw the release and success of “#1” f/ Nef the Pharoah, which peaked at #15 on the rhythmic radio chart. With over 350M video views, a Billboard #1 hit, multi-platinum & gold certified song successes, and countless collaborations, IOSYWID promises to propel Dev as the sleek, speak-sing, pop pioneer of her generation.

I ONLY SEE YOU WHEN I’M DREAMIN’ Track Listing: 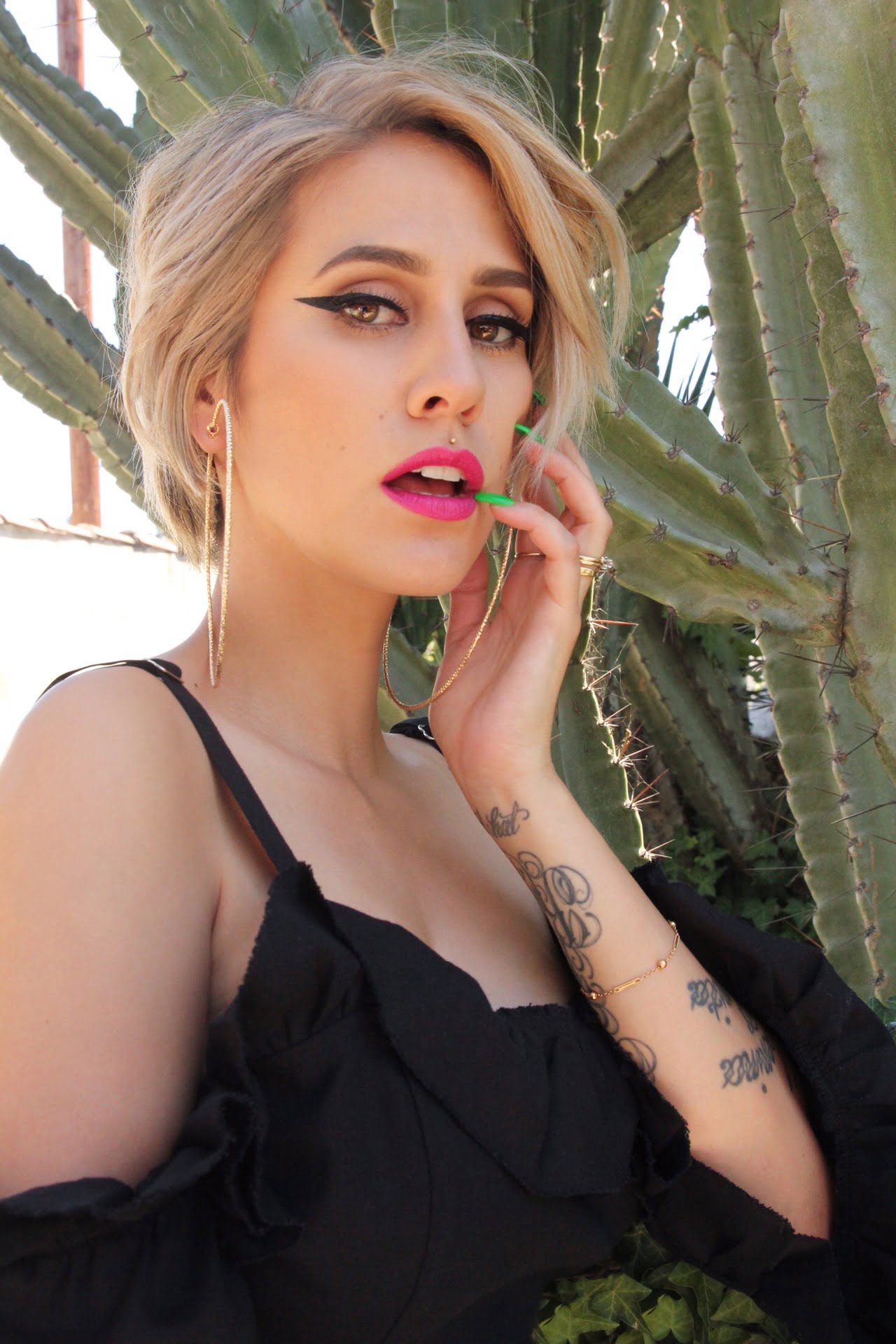 — Tell us about your new album. How did it come together? Who did you work with?

—Do you have a favorite track or tracks on the album? Why?

I love them all for different reasons! There’s some slaps, some with more emotional vibes and even a couple voice notes from people close to me. It was a process of gathering these songs over the course of two years so they’re all special to me.

—It’s been 5 years since your debut album. Since then you’ve put out some mixtape EPs and singles. Why the long gap in between LPs?

—How have you changed since your debut album? Musically and personally?

—How do you think your fans will react to this new body of music? And do you feel like it’s different from the previous music you’ve put out?

—Can fans expect to see you on tour soon?

—Any fun stories from the studio you can share?

—What are the most important lessons you have learned on your journey in the music industry?

—Any particular people you’d like to collaborate with in the future?

—Describe the sound of the new album.