From bold high tops to graphic cartoon tees, it seems like the only attire men want to wear anymore is streetwear. It’s not just a style that defines what models are wearing off-duty or what celebs are wearing off set anymore. Steeped in hip-hop culture, we know mens streetwear as a category of mens clothing online, but it’s also becoming a lifestyle and culture that revolves around men’s fashion.

From sneaker selfies to fresh haircuts, the streetwear influence is spreading like wildfire, especially amongst millennials. The street-style scene has infiltrated so much of today’s pop culture that most stylish menswear brands include streetwear-inspired pieces in their lines. You no longer need to limit yourself to impossible-to-get name brands in order to buy men’s trendy clothing with those authentic urban vibes, like urban styles of mens clothing online at Differio.com.

As much as we catch street style every day, there are certain trends that truly make a unique statement each season. We gathered the top streetwear trends that are worth investing in right now so you know what to ditch and what to score.

If there’s one era that’s been successfully brought back from the dead, it’s the 90s decade. From colorblock patterns to colorful graphics, men’s streetwear has definitely taken inspiration from some of the brightest and boldest elements of this decade. As for the streetwear looks, it’s never been easier to mix vintage and modern styles than with today’s retro-inspired fashion clothes for men.

Amongst trendy mens clothing online and in stores, brands are bringing back the bubble-jacket look – the kind made popular by so many old school hip-hop artists. The latest puffer-jacket trends are covered in high shine and fashioned with an oversized fit. Street-style aficionados are layering their puffer jackets over ribbed turtlenecks and colorblock sweatshirts.

There are signature details in these pieces that can take you back twenty years ago. You still get the urban-vintage vibe, but it’s tweaked with modern details that are worthy of being sold amongst high fashion clothes for men.

Athleisure was probably one of the biggest influences that made mens streetwear so highly coveted across men’s fashion. It’s basically another way of rocking athletically sexy clothes for men when you’re not doing leg presses and bicep curls at the gym. Cool and comfortable, the newest streetwear trends you can find amongst mens clothing online takes athleisure to luxury heights.

The luxe-athleisure look is basically workout clothing redesigned to look more fashion forward. You can expect a high influx of cool sneaker boots – a wearable hybrid of high-top fashion sneakers and ankle boots. As for fashion clothes for men, urban hoodies, slim-fit pants, and joggers for men are getting updated with racing side stripes that add an athletic touch.

The beauty of this style of urban clothing for men is that you can easily mix and match these pieces for going out or staying in.

Festivals like Burning Man might be influencing the streetwear scene as trendy mens clothing online and in stores are debuting urban apocalyptic looks. While this trend still honors streetwear’s roots in urban culture, it seamlessly combines both styles, so you can rock Mad Max vibes on a casual hoodie or t-shirt.

From oversized puffer coats to worn distressed sweaters, the urban apocalyptic trend is all about making post-apocalyptic style more wearable. Some of the latest trends include tops detailed with that end-of-the-world feel, like ergonomic cargo pockets on cardigans and multiple zipper accents on ripped jeans.

It’s an innovative take on transforming looks that are normally more appropriate for couture and making them comfortable enough for grabbing drinks or running errands.

For their first collaborative release, Virgil Abloh (Off-White ℅ Virgil Abloh) and Heron Preston present “COLLABORATION”, a concept carryall that incorporates the designers’ common exploration of industrial elements. This accessory is a living hybrid: its dual-colored strap is a fusion of Off-Whites graphic yellow Weight Securing System strap and Preston’s signature orange band with the branded word “Style” in Russian. The strap is a purposeful note of asymmetry in a piece with clean balance. The transparent body is printed with Off-White’s famed diagonal white lines, along with the words “COLLABORATION”. Black carabiner clips secure the strap, while inside, an industrial netting-inspired inner tote is a textural contrast to the sleek exterior. Substantial industrial hardware finishes the design, with metal nuts that cleanly secure orange leather straps.

“Heron Preston’s ability to think without limits comes to life in this bag we created together,” Abloh says. “The mix of the materials combined with Off-White DNA lead to a final product that suggests a different idea of a “handbag”.”

Heron Preston is the true embodiment of an artist born of the post-internet generation. Multi-faceted and genre-bending, he is a cultural icon in youth culture, and emerging designer in high fashion. He founded his eponymous fashion brand in 2016, and in two short seasons has garnered an international following. The common thread among his impressive bodies of work is a commitment to innovation, experimentation, and unpredictability. Heron Preston finds particular joy in the unexpected; taking conventional themes and reinterpreting them. Take for example his “UNIFORM” project from 2015, the designer’s first major collection, in which he collaborated with the NYC Department of Sanitation on a series of zero waste themed clothes and accessories. He’s also served as the global digital producer for Nike and of course, creative consultant to Kanye West, most notably on his work for the Life of Pablo and Yeezy fashion label.

Established in 2013, Off-White is defining the grey area between black and white as a color.  Under the brand name, seasonal collections of men’s and women’s clothing, objects, furniture, and publications are articulating a current culture vision. Collections embedded in a recurrent back story with an emphasis on creating garments that have an identity by design. With a design studio based in Milan, Italy the label harnesses the history and craftsmanship within the country yet offers a global perspective in terms of design and trends. With a clear vision of splicing the reality of how clothes are worn and the artistic expression of high-fashion, creative director and designer Virgil Abloh explores concepts in the realm of youth culture in the contemporary context.

In addition to the debut of a number of pop-up exhibitions and art installations throughout the neighborhood, Paradise Plaza also hosted a number of pop-up Art Week pop-ups exhibitions including WWD, goop GIFT and Social Studies. Also housed in the plaza are recent retail openings including Creed, which opened their third U.S. boutique in Miami Design District alongside seventh generation perfumer, Erwin Creed, and Gucci whose Miami Design District location offers two location exclusive bags as part of the brand’s collaboration with artist Coco Capitan: a drawstring backpack and belt bag.

On Wednesday, December 6, Baque Creative and the Miami Design District celebrated the launch of Social Studies Miami, a four day retail pop-up experience exclusively developed by Angelo Baque. Concurrent to Art Basel Miami Beach 2017, Social Studies featured an eclectic mix of innovative brands and collaborators including Virgil Abloh of Off White TM, Nike, Union Los Angeles, 032c Magazine, No Vacancy Inn, Some Ware, ELECTION REFORM!, Odwalla1221 and Awake NY, with a pop-up retail component and a series of education programs and curatorial workshops led by the creatives behind participating brands. Focusing on themes of tangibility and accessibility, the space was open to the public as a social and creative meeting place during Art Week.
To launch the event, renowned photographer and Social Studies collaborator, Shaniqwa Jarvis, was on hand to debut her eponymous publication, while close friend Zuri Marley treated guests to an extraordinary live performance. The self-titled book, the first published by Baque Creative Press, is designed by Stephen Serrato and includes a forward by Ryan McGinley.

Laurie Lynn Stark of Chrome Hearts + Craig Robins of DACRA hosted friends & family for an evening of music helmed by Maestro Eduardo Marturet with performances by Jesse Jo Stark and pianist Mary Anne Huntsman alongside the Symphony Orchestra. Starting the evening with a champagne reception at Chrome Hearts Miami to celebrate the opening of the exhibition this time, this place curated by Theo Niarchos with Laurie Lynn Stark & Matt DiGiacomo, guests including Jordan Barrett, Presley Gerber, Virgil Abloh, Elle Macpherson, Gloria Estefan, Theo Niarchos and David Adjaye progressed down to the nearby Palm Court for a live musical program ranging from Classical to Broadway to Rock ‘n Roll. 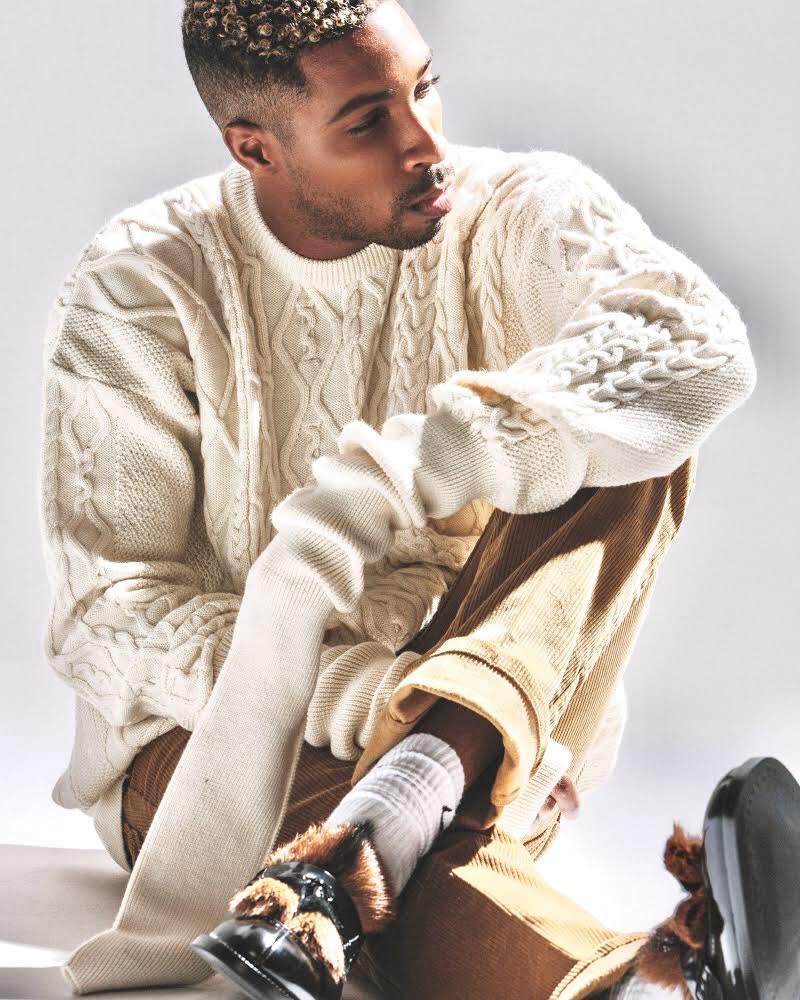 
This week, Bella Hadid goes Sneaker Shopping with Joe La Puma at Kith in New York City and talks her love of pairing sneakers with dresses and discusses her friendly footwear competition with her sister Gigi. Tune into the interview and to see what she bought.

In the episode, Hadid shares her thoughts on sneakers:

“For me, I feel like girls look so sexy in tennis shoes.”

“Sneakers on a man is definitely the first thing I look at. If you have a sick pair of sneakers, it’s going to make or break a look.”

On wearing sneakers in private school: “I would have the sickest shoes at school. I went to private school for like a year so I had my little uniform with my Air Force 1’s. Sneakers were a statement piece because that was how I could express myself.”

Hosted by sneaker aficionado and Complex Network’s Vice President of Content Strategy Joe La Puma, “Sneaker Shopping” puts a spotlight on the styles, silhouettes and significance of sneaker culture through the eyes of bold-faced names in music, sports, film, television and pop culture. Over the years “Sneaker Shopping” has featured everyone from Kevin Hart, Roger Federer, Sean “Diddy” Combs, 50 Cent, Bella Hadid, Marshawn Lynch, DJ Khaled, to New England Patriot’s owner Robert Kraft, and the Ball Family, all sharing thoughts on their life, career and personal style with La Puma through the lens of sneakers and style 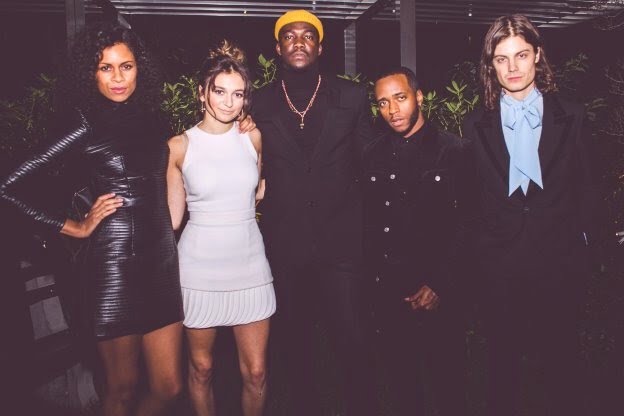 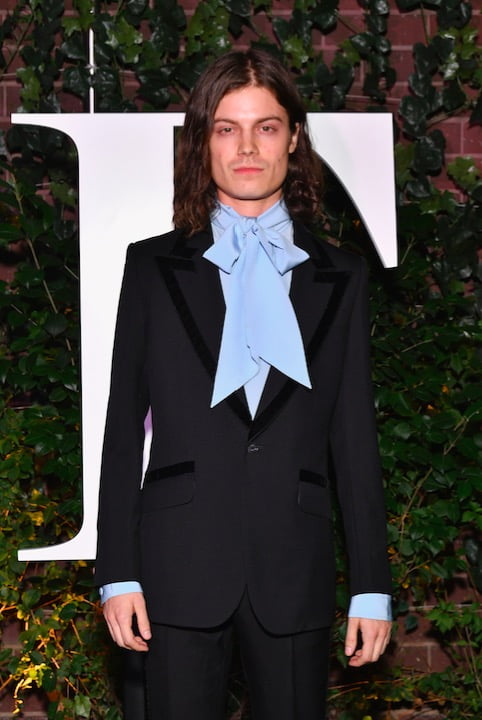 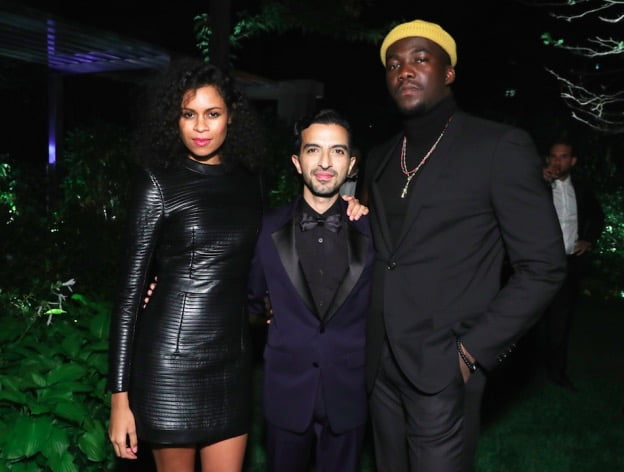 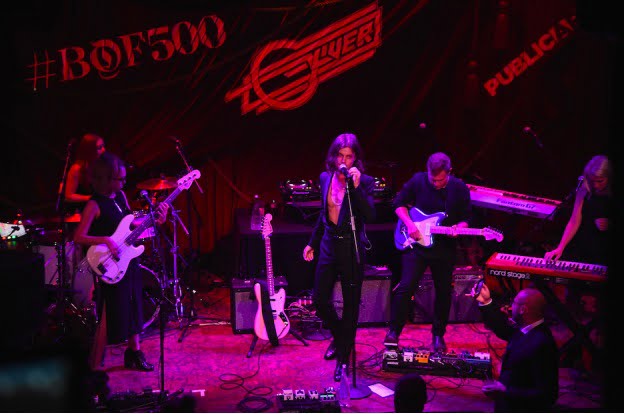 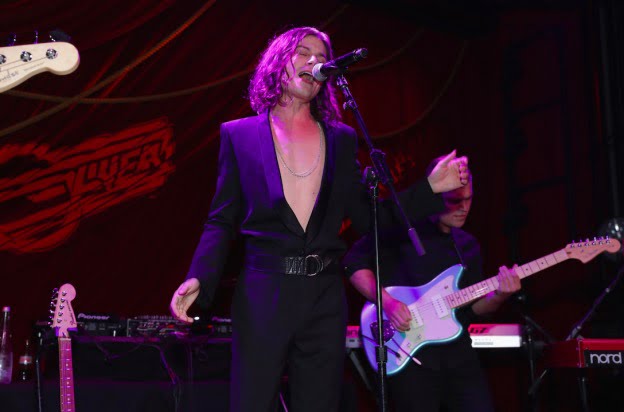 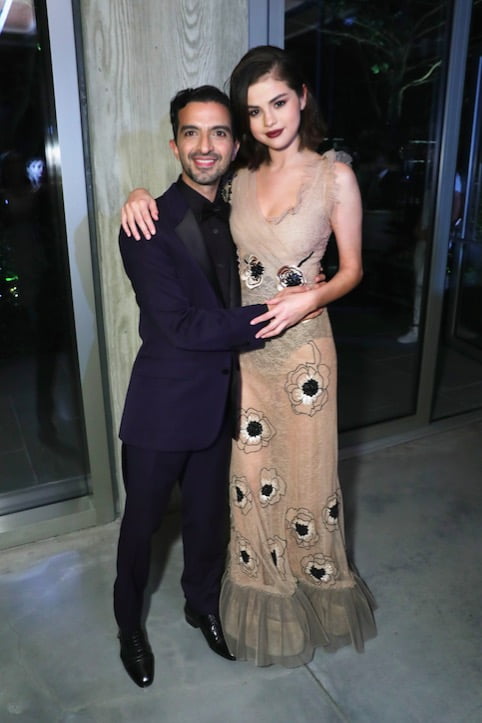 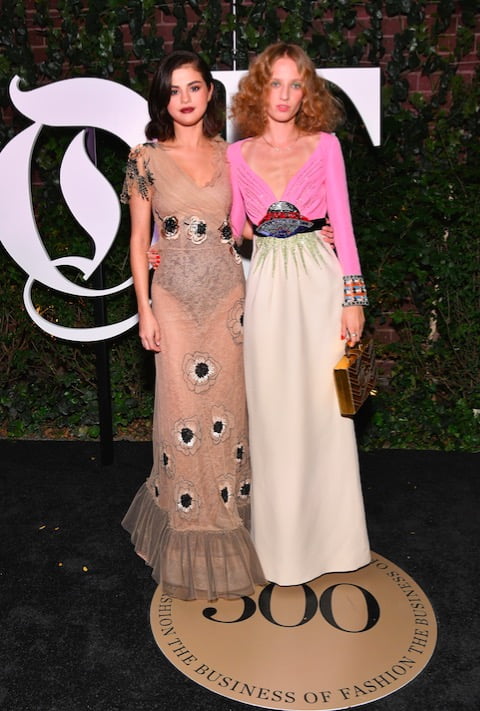 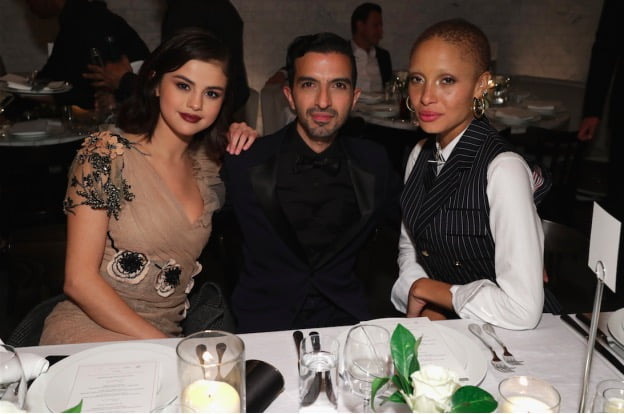 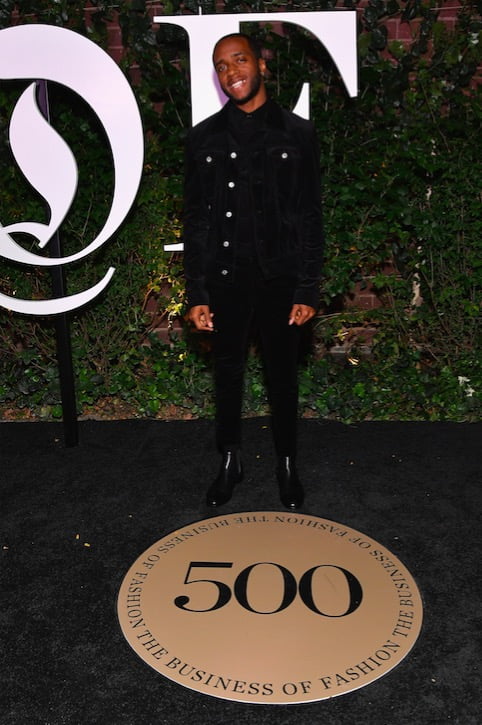 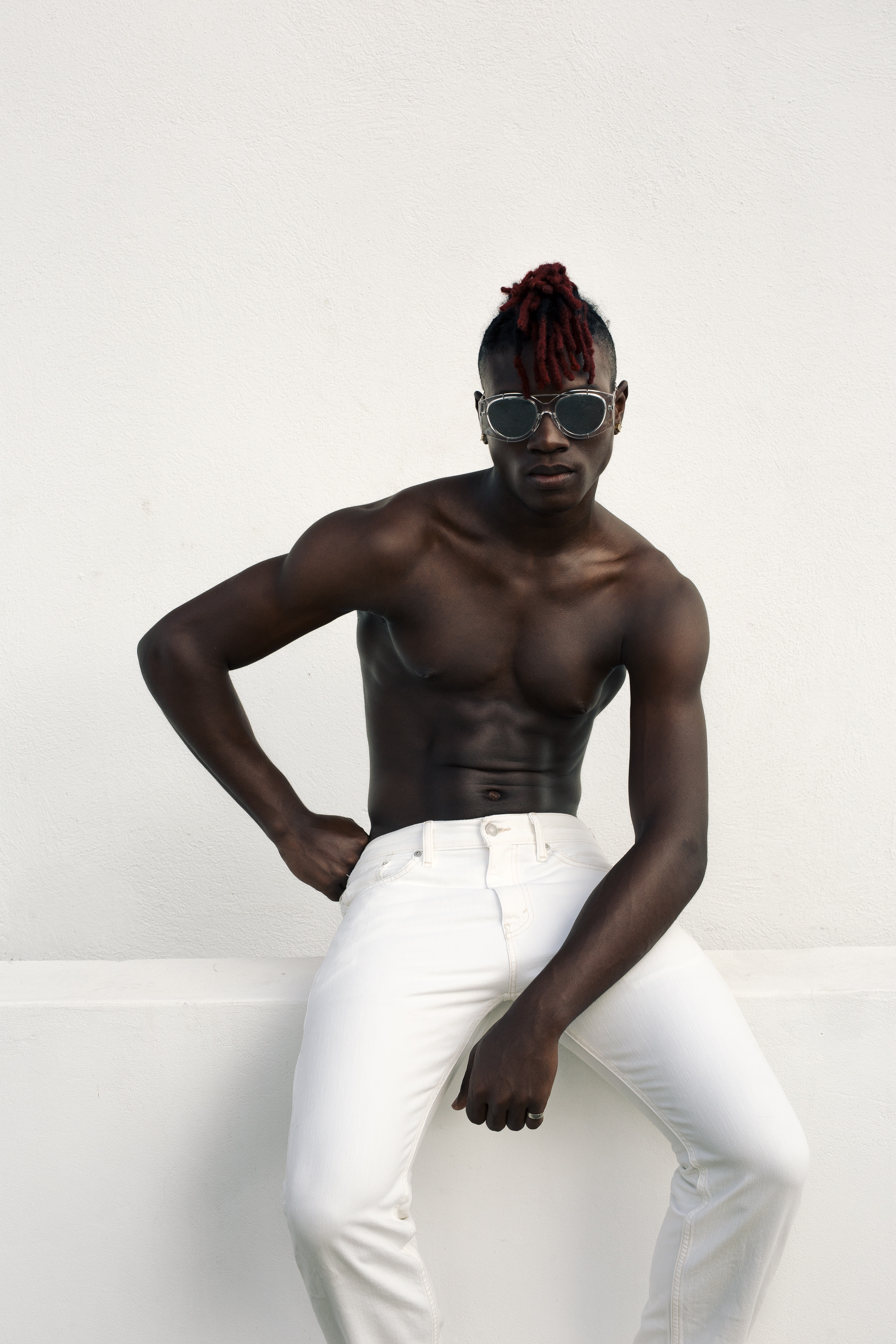 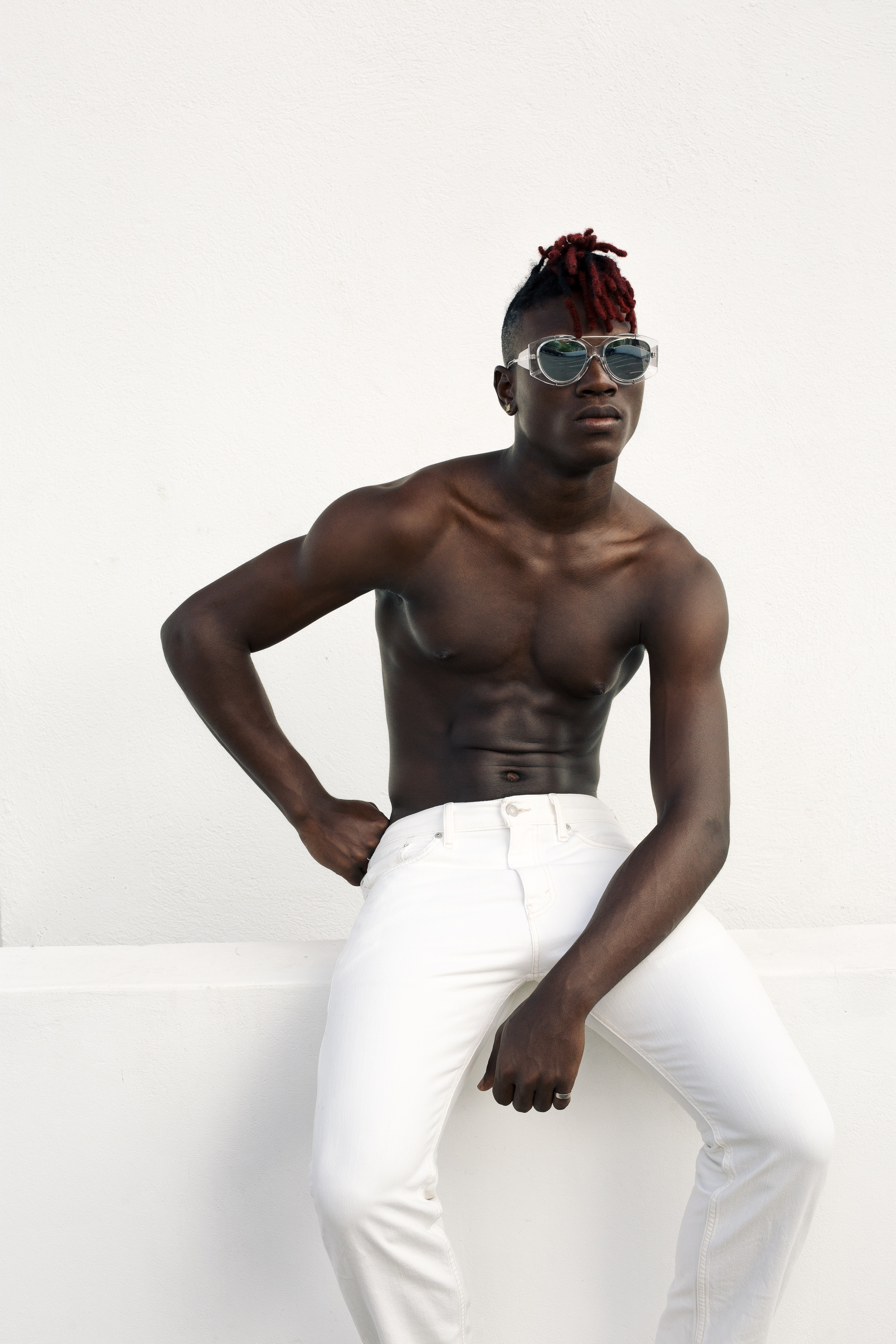 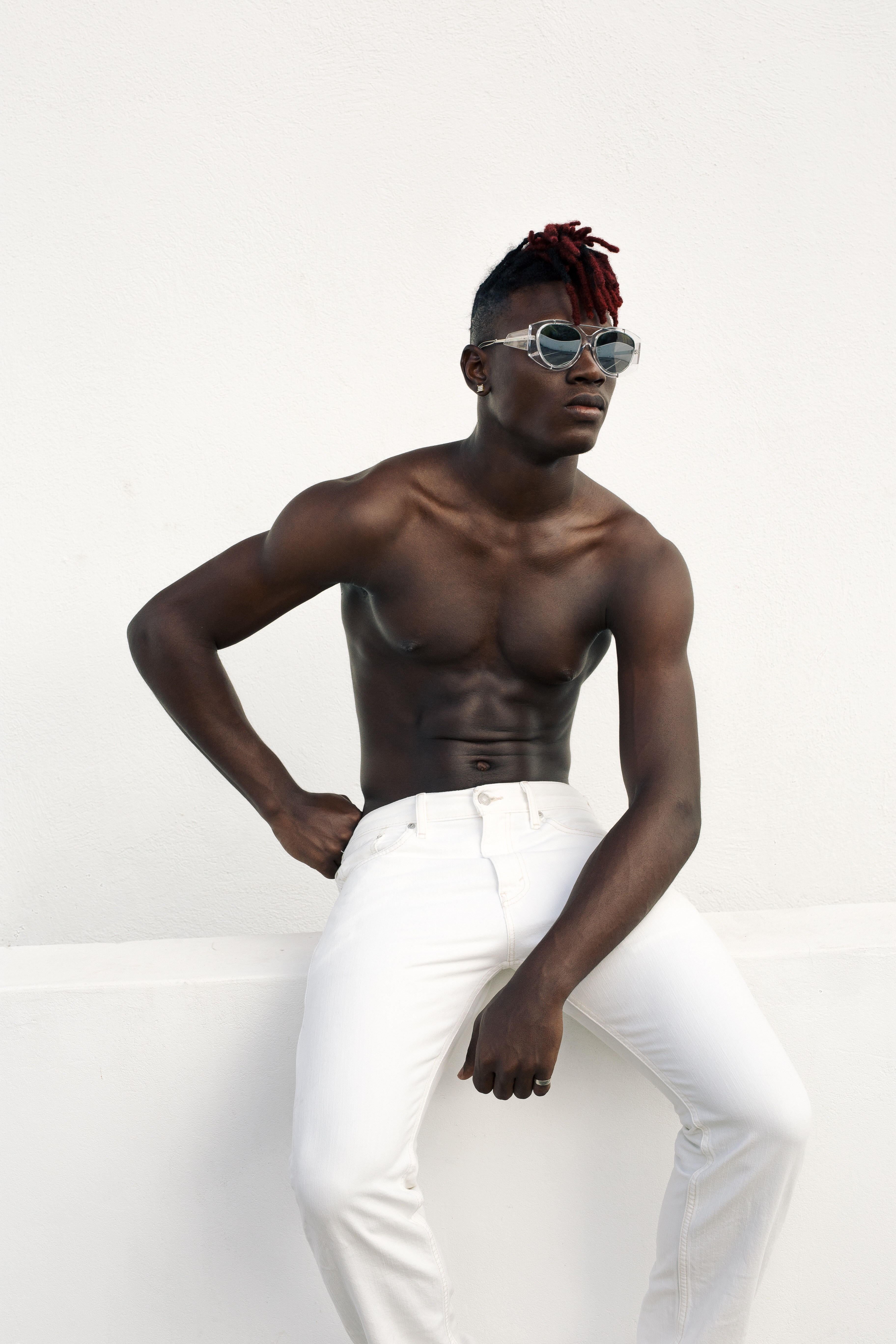 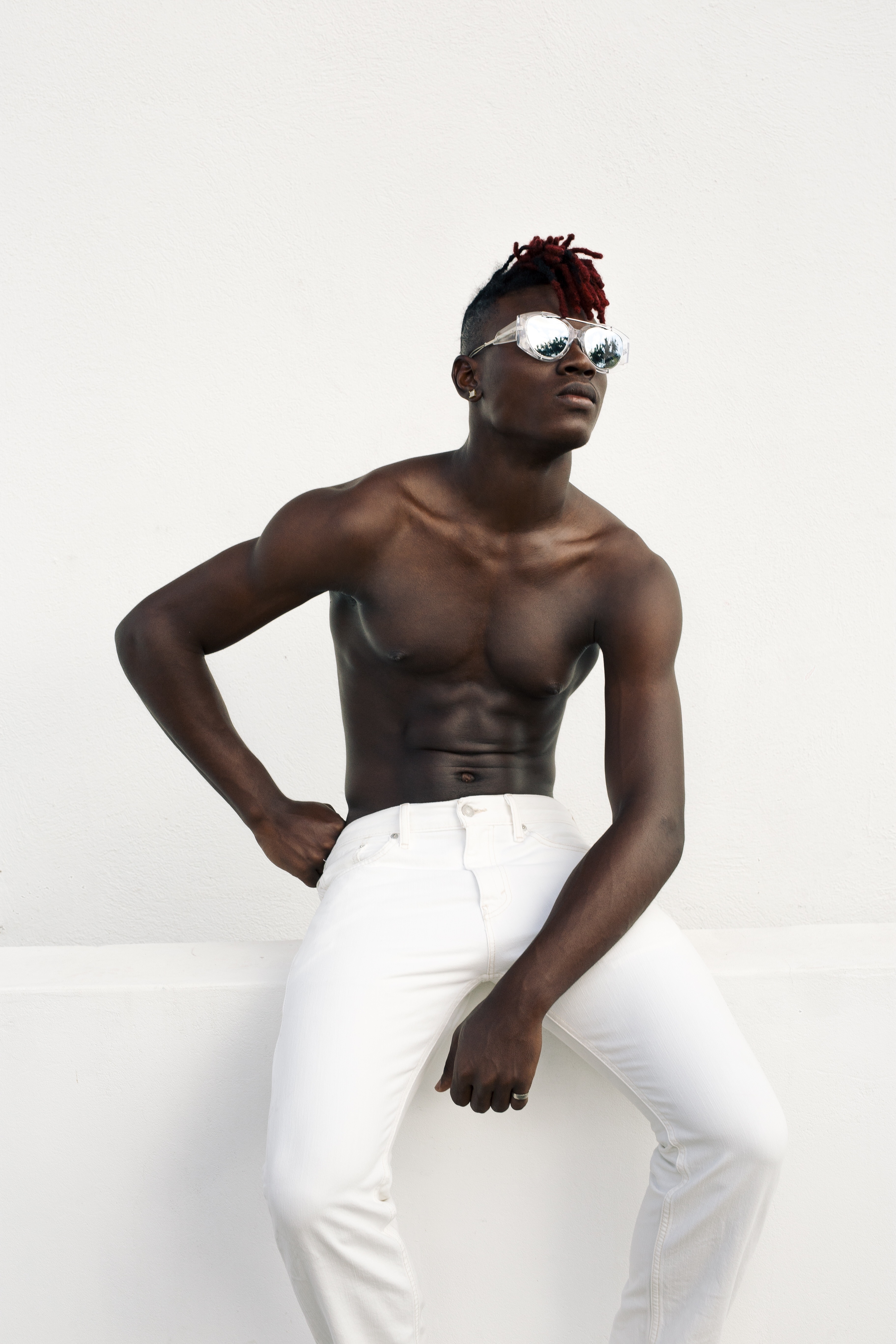 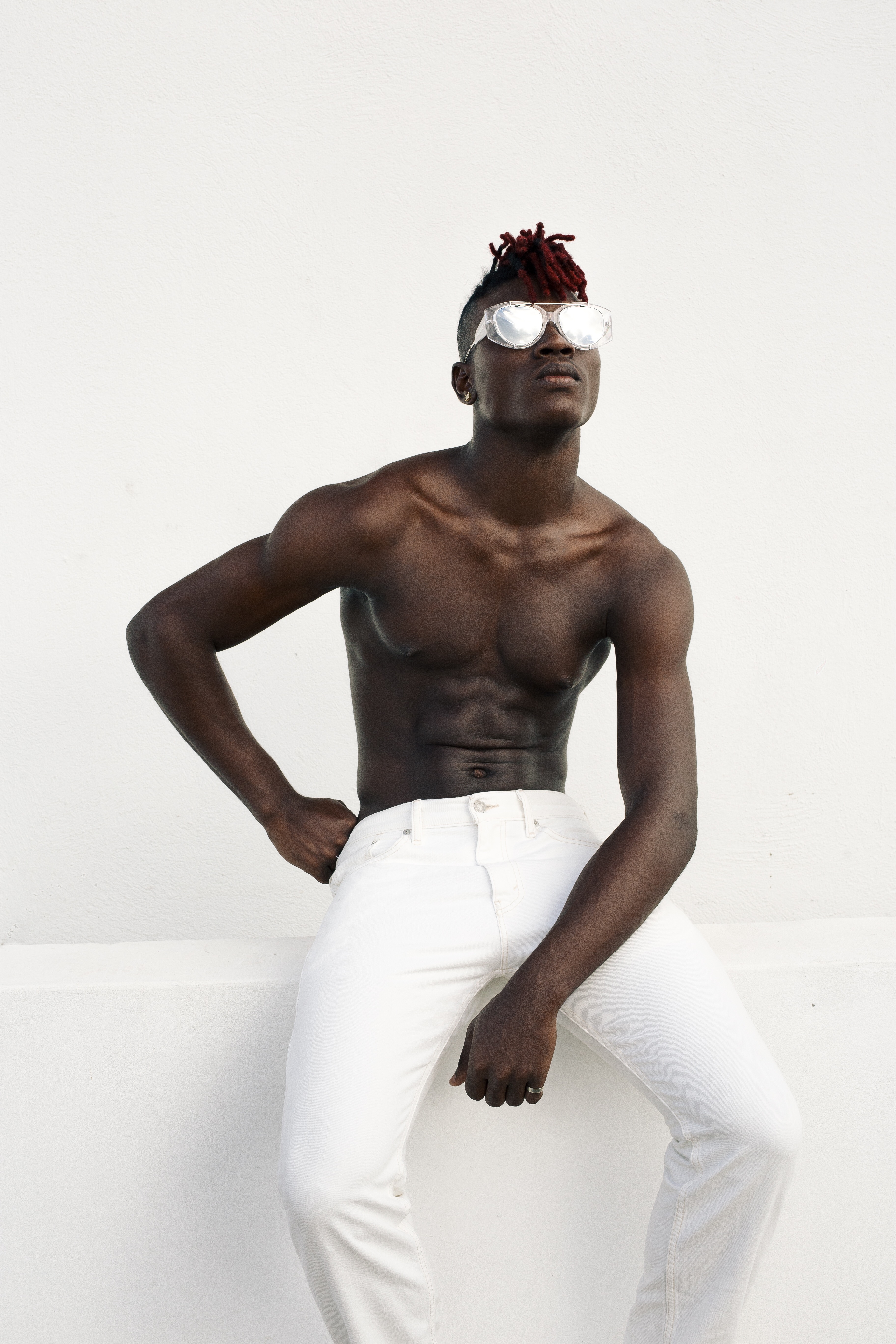 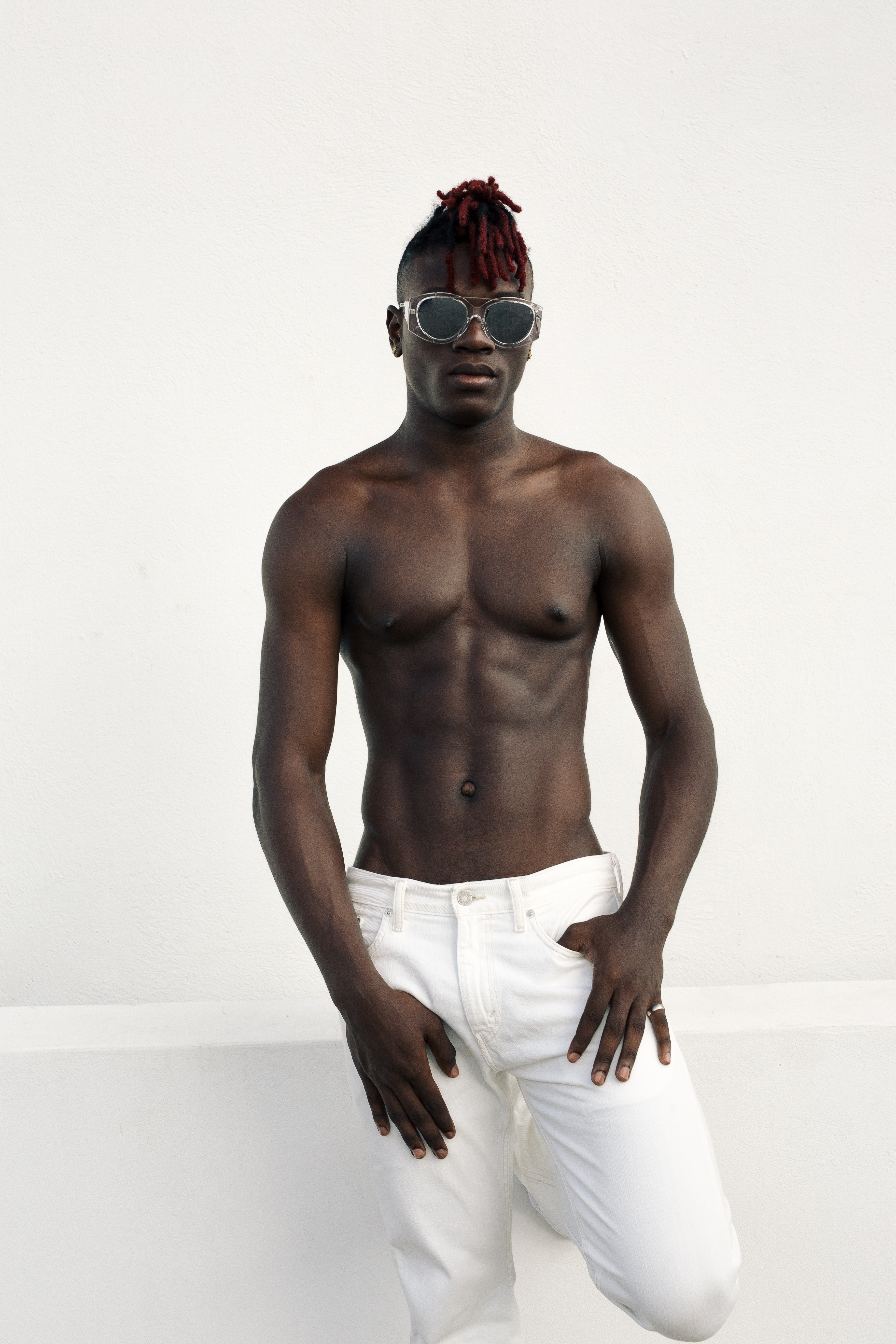 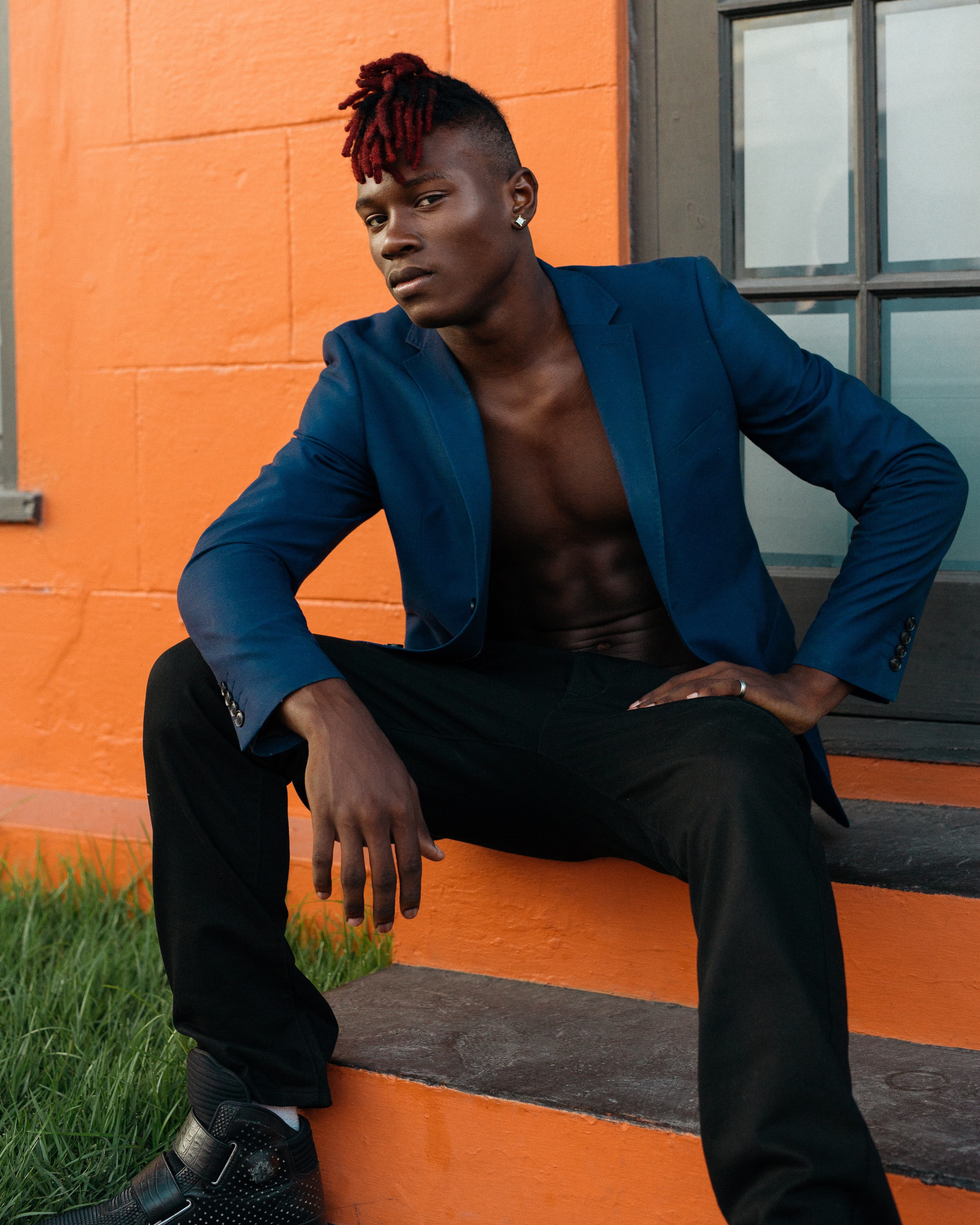 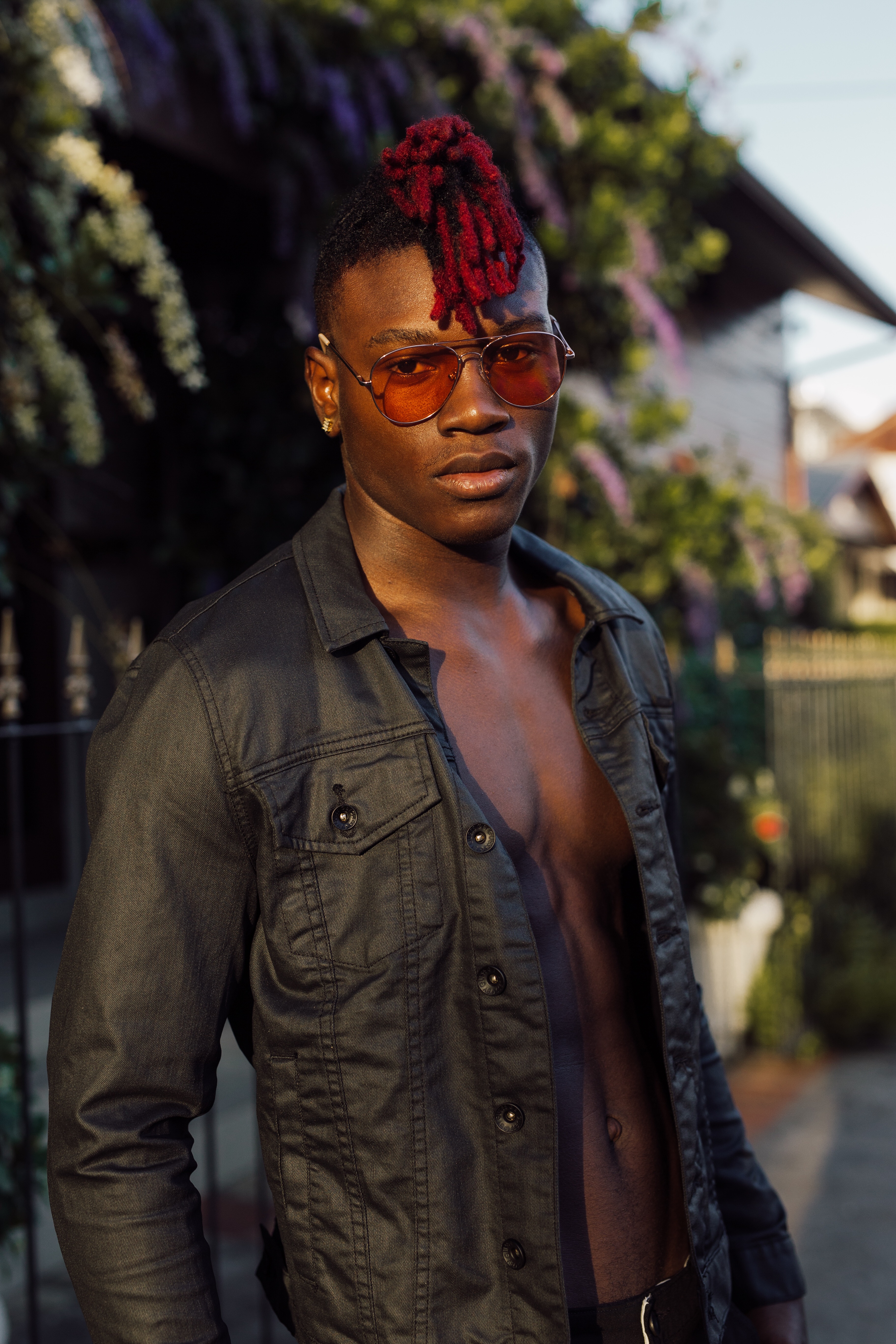 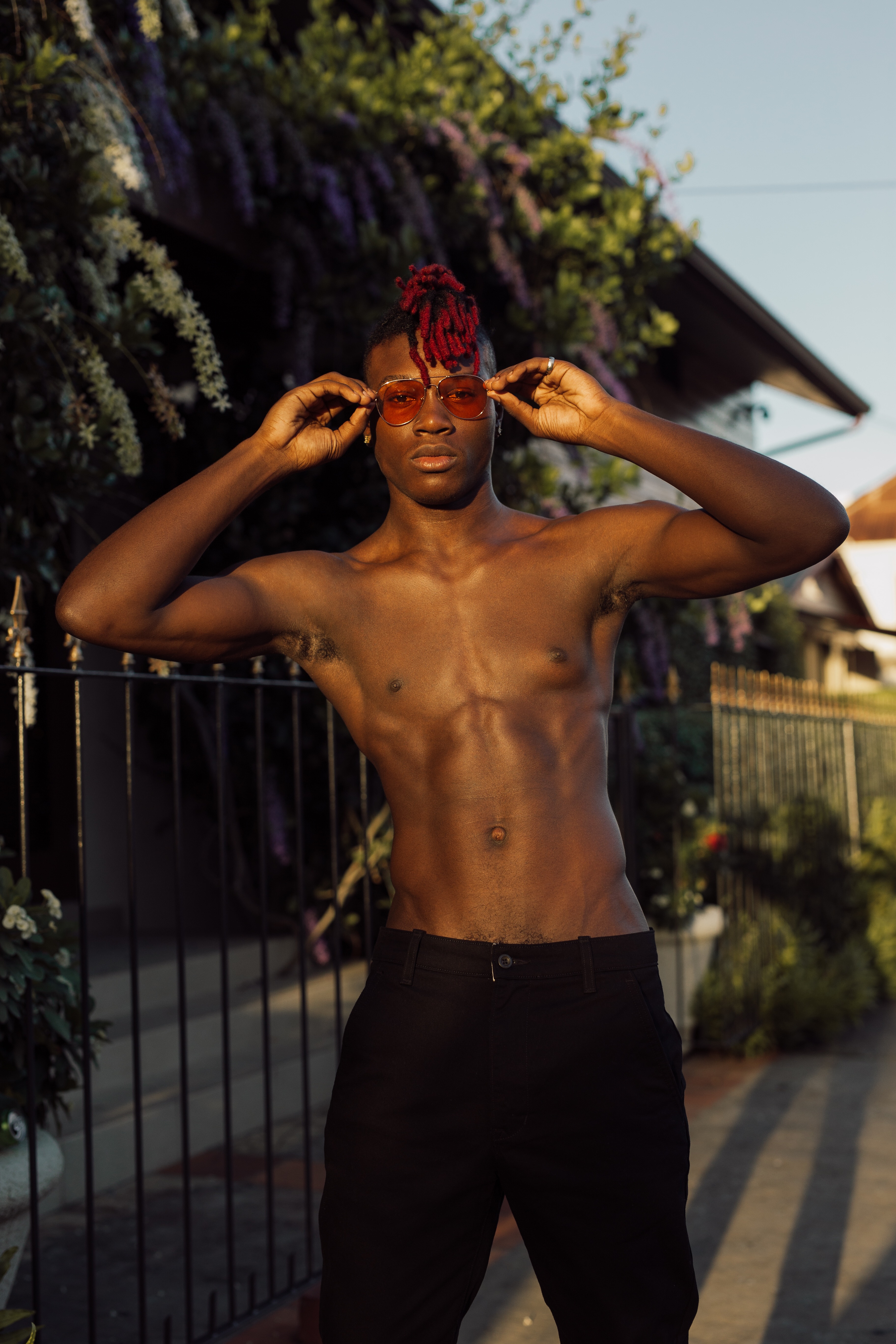