The San Luis Obispo International Film Festival has announced five initial selections for the 28th edition of this year’s film festival. They include a recent hit out of Sundance, an award winner and an audience favorite from the film festival tour, an indie comedy with some familiar faces, and an international drama. As SLO Film Fest prepares to return to theaters and in-person events in April with signature and always-popular screening events like Surf Nite, and the Central Coast Filmmaker Showcase, these five films preview the variety and scope of the programming film fans can look forward to in what might be the most highly anticipated year yet for the film festival in the past three decades.

“This is a great sample size of films to tease what’s in store for our audiences this year,” said SLO Film Fest Festival Director Skye McLennan. “While we are hard at work to nail down the logistics and production details to make sure we come back in style and with all the fun and all of the great movie-loving energy that this film festival is known for, ultimately everything we do is built on the films we have selected. And we couldn’t be more thrilled with what we have got in store for everyone.”

Mye Hoang‘s documentary Cat Daddies about men who have had their lives changed thanks to their pet cats is already a certified crowd-pleaser on the film festival tour, Justin Monroe‘s you-gotta-see-it-to-believe-it documentary Holy Frit, about artist Tim Carey and the artistic predicament he creates for himself won Best Documentary Feature at the Naples International Film Festival, and Rita Baghdadi‘s Sirens, about the growth pains of the first all-female thrash metal rock band in Lebanon, was a critical and popular hit out of this year’s Sundance Film Festival.

On the narrative side, Fabio Frey‘s My Dead Dad is a classic comic indie about a young man who inherits an apartment complex from his estranged dad and finds out from the tenants that he didn’t actually know the man. Among the film’s cast are Breaking Bad‘s Raymond Cruz, Red Rocket‘s Simon Rex, and Scarface‘s Steven Bauer. Representing the international offerings is Peter Luisi‘s Switzerland/Ukraine co-production, Princess, about the unexpected friendship that develops between a broken-down alcoholic and the young niece of his sister. Several years later, the now-grown woman is in trouble and the old man has an opportunity to repay her for her kindness when he was in need.

Passes are now on sale and information on the film festival can be found HERE.

Located halfway between Los Angeles and San Francisco, San Luis Obispo’s laid-back vibe and serene natural beauty is the perfect setting for this highly regarded annual film celebration. Filmmakers rave about the warmth and attentiveness that is so much a part of the SLO Film fest experience, as does the swelling tide of industry pros and film critics who are fast discovering the film festival’s thoughtful audiences and unique programming sensibility.

Lost Ones Will Release VENUS AS A BOY on PVOD On September 24th. Ty Hodges serves as director, writer, and star. The film co-stars Olivia Culpo and Trace Lysette. The current run-time is 104 minutes, or 1 hour and 24 minutes.

Hunter, a freewheeling artist navigates heartbreak, addiction, and LA’s impossibly hip gallery scene. After refusing to sell a painting to an eager buyer, a chance encounter leads him to Ruby, a gorgeous and successful Instagram influencer reeling from the recent death of her father. Polar opposites attract and after spending an intimate weekend together, Hunter’s life is completely enmeshed with Ruby’s. VENUS AS A BOY offers a personal and poetic examination of masculine and feminine, ego and alter ego.

Multi-hyphenate Ty Hodges is an Actor/Writer/Director/Musician of Barbadian and Trinidadian descent. Ty was born in Washington, D.C., and raised in Miami, Florida.

Ty landed the starring role in Janet Jackson’s music video “Go Deep” (1997), then became a Disney actor for five years, most notably in the roles of Larry Beale in the Emmy-nominated Even Stevens (2000) and Larry Houdini in DON’T LOOK UNDER THE BED (1999).

In 2006, Ty added writing and directing to his repertoire with his award winning feature film MILES FROM HOMES (2006), which garnered film festival awards for writing, directing, and for his performance in the lead role. He has written and directed seven features since then: YOU, ME & THE CIRCUS (2011) for Omar Eppsbc; production company Brooklyn Works Films; VIDEO GIRL (2011) starring Meagan Good and Ruby Dee; CHARLIE, TREVOR AND A GIRL SAVANNAH (2015) starring Emily Meade; and A GIRL LIKE GRACE (2016), which stars Meagan Good, Garcelle Beauvais, Raven-Symone, Romeo Miller, Paige Hurd, and Ryan Destiny.

Tucked far away from the white sandy beaches and amusement parks is a Florida that few outsiders ever see. Nestled alongside the gator infested swamps and rundown trailer parks lives a charismatic yet dangerous grifter named Mack Monroe (Blevins) who takes in orphans and runaways off the street. A self-proclaimed father to the forgotten, Mack gives these lost souls a semblance of a home, but trains his ragtag gang in the art of thievery and crime, filling their vulnerable minds with vigilante gospels and together wreaking havoc by knocking off drug dealers and meth labs. Hot on their tail is Detective Ellis (McCord), a tough as nails cop who not only fights crime but is also forced to fight for respect in a patriarchal police force. Mack and the gang’s world get flipped upside down with the arrival of a mysterious young girl, who at first seems like the perfect new recruit but turns out to be something far more dangerous than anyone could have imagined.

Actress AnnaLynne McCord is known for her badass roles, from 90210 to TNT’s Dallas,  dominating as a detective in Feral State, with some surprises up her sleeve. AnnaLynne brings complexity to the character and her unmatched charisma shows through. Breakout up & comer Baldur Thor also stars. He is a dual citizen of both Iceland and America, and fluent in both languages. He just recently finished filming IMoredicai where he is featured in the role of Steve. 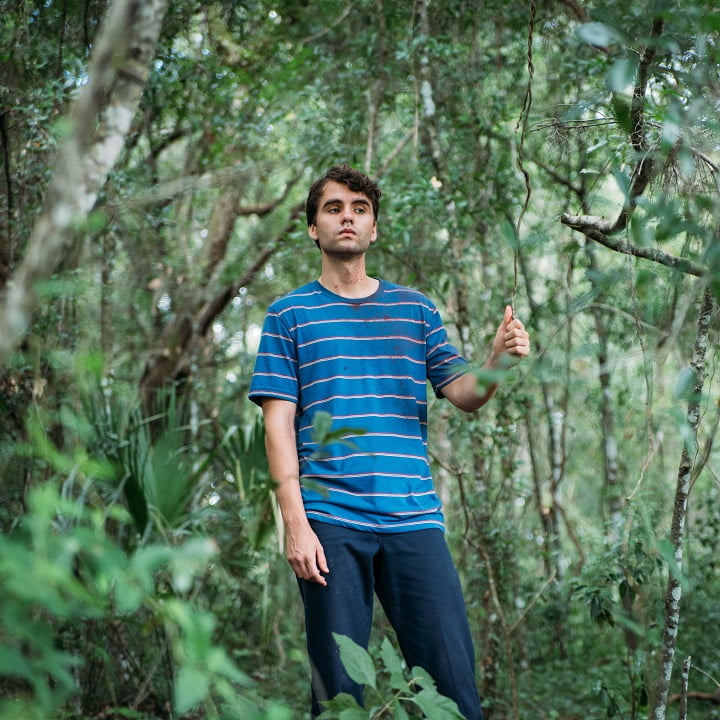