Chipotle created the “Good Thing” burrito ahead of the release of Zedd’s new single “Good Thing” which features Kehlani and will be released this Friday, September 27.

Yamen Sanders hails from Los Angeles and has lived in various stations in the world. At the early age of 7, he was fluent in Italian. During Yamen’s travels, he has engaged in many community service events and has performed community outreach in Africa. Growing up in an athletic family, Yamen has been in competitive sports his entire lifetime, thus leading to a collegiate and professional football career. After football, Yamen began modeling and has accumulated a great career in a short span. He has operated internationally with brands such as Apple, Gatorade, and Nike.

Most recently Yamen was on CBS’s reality TV show Love Island in which he created a huge splash with his contagious personality and humor. True to his TV persona, Yamen prides himself on being relatable, inspirational and truthful to himself.

However, it’s the work Michael has created with such companies as American Express, Nike, and the Bravo TV Network, as well as smaller businesses and individual personalities that positions his style of imagery as strong, commercial branding tools. When aligned with businesses – big and small – Michael has the ability to creatively and ingeniously produce photographs that not only perfectly represent their brand, but also command an audience’s attention.

Michael was born and raised in Pennsylvania, and graduated with a degree in Communications/Magazine Journalism from Temple University. After beginning his professional career as an entertainment journalist, he eventually discovered his passion for photography and developed much of his photography career living in New York City. Michael currently lives in Los Angeles, California.

MCM announces first of its kind NEW collaboration between MCM x WizPak. The exclusive backpack style with its breakthrough market technology and unparalleled sound quality was created for the music elite and debuted during Grammy’s 60th Anniversary weekend in NYC.

A-listers including Jamie Foxx,  presenter Alicia Keys,  Grammy’s performer Miley Cyrus, Grammy’s Breakout Star Rapsody (only the fifth female nominee for Best Rap Album ever in the 23-year history of the category), notable artists like Cardi B,  Future and Rita Ora, as well as newcomers like hip-hop trio Migos and Lil Uzi Vert and two time nominee  6LACK. Others included  Killer Mike of Run the Jewels, and many more who got to enjoy the wearable music smart-bag. The luxury brand’s heritage Stark Visetos Backpack has been upgraded to house exclusive tech-savvy product enhancements including high quality sound from a 40w 2.1 stereo speaker system with 3D surround-sound technology built inside the backpack and removable, able to connect to any media player through wireless Bluetooth connection. This exclusive product has 3-charging ports for up to 14-hours of charge to ANY smart phone or tablet.

Recently, Jacob “Princeton” Perez (former member of boy band Mindless Behavior) conducted a cover and photo shoot with 360 MAGAZINE. Shot by one of the most acclaimed fashion and beauty photographers in LA, Tyren Redd. Since it’s 4/3/2017 release during #MCM via 360’s Instagram, his pictorial has garnered tons of exposure and praise from 1000’s of fans. According to Princeton, “this was my first solo photo shoot for a magazine [since his departure from the group].” View his s/o to 360 via YouTube.

Recently, Jacob “Princeton” Perez (former member of boy band Mindless Behavior) conducted a cover and photo shoot with 360 MAGAZINE. Shot by one of the most acclaimed fashion and beauty photographers in LA, Tyren Redd. Since it’s 4/3/2017 release during #MCM via 360’s Instagram, his pictorial has garnered tons of exposure and praise from 1000’s of fans. According to Princeton, “this was my first solo photo shoot for a magazine [since his departure from the group].” View his s/o to 360 via YouTube.

An electrifying defensive end for the NFL, Andre Branch is entering his second year with the Miami Dolphins, his first of a three-year contract extension. By all accounts, 2016 proved to be a break out season for Branch as he racked up 49 combined tackles, 5.5 sacks and two forced fumbles while playing in all 16 games. A first team All- ACC pick during his senior year at Clemson University, he was selected as the 38th pick overall by the Jacksonville Jaguars in the second round of the 2012 NFL draft.

It is Andre’s sheer grit and underdog mentality that has driven him to go from an underrated high-school recruit to earning a starting position at Clemson and ultimately the NFL. Raised in Richmond, Virginia, Andre takes great pride in the positive influence both his mom and his community had on his development. As a young man, he found a passion for football, excelling on the field by being a continuous learner and student of the game. He has taken that same approach to grow and learn about the fashion industry, his second passion.

A multi-dimensional individual who has an infectious enthusiasm for football, fashion and positively impacting the South Florida culture and community. About to launch his own collection Prestige 50 with Adees Co. Andre has dedicated himself to inspiring others to find their passion points and pursue their life’s purpose. He does this by sharing his personal story and lessons of dreaming big, being a constant learner and building the teams needed to be successful in football, business and life.

Rafael V. DeLeon who will be seen playing ‘Manny Garciela,’ in the Netflix & Spike Lee remake of “She’s Gotta Have It,” which premieres Thanksgiving day.

Born in Washington, D.C. and raised in Prince George’s County, Maryland, Rafael has always been one to follow his dreams, some of which didn’t always include pursuing television and film. As a kid he grew up playing sports. After a year of playing Division II basketball at Averett University, he decided to take his talents to the highest competitive level. After being accepted at Temple University (studying business administration and marketing), and while there earned his Bachelor’s Degree while playing on the men’s basketball team as a walk-on for three years, earning a scholarship his last year. Post-graduation, DeLeon landed a job in politics working for the mayor of D.C. in the Executive Office of Boards & Commissions.

DeLeon has also appeared in award-winning television shows such as “House of Cards” (Netflix), “The Americans” (FX) and “The Breaks (VH1).” When not acting, Rafael has no trouble keeping busy. He enjoys playing chess, day trading and reading self-help books. He also loves sports, especially basketball and football, and nerding out over a good documentary or cult classic. On the charity front, Rafael is passionate about lending his time to give back to those who remind him of himself by teaching them skills to better their lives. He also works closely with the Make A Play organization, which provides a place for New York City youth to participate in comprehensive academic and athletic programs. Rafael currently resides in Brooklyn, New York, where he looks forward to getting his morning coffee each day at the local bodega.

Millionaire Hoy is an up-and-coming fitness focused YouTube sensation. He understands the importance of a healthy lifestyle and is devoted to democratizing fitness. Healthy living should be an option for everyone, not just for people who can afford a gym membership and organic groceries. Millionaire Hoy’s mission is to bring health to the masses!

Millionaire Hoy studied graphic design at ITT Technical Institute and is an online fitness trainer from Chicago. Millionaire offers hundreds of free fitness videos online and truly believes that health and fitness solutions should be available to any and everyone, regardless of their income level. You can find his free workouts HERE

Bello Sanchez is Dominican and Puerto Rican. According to People, he has managed to move out of LA’s skid row to top rated show, ANTM.

Other recent stories in the media include TMZ and Daily Mail. 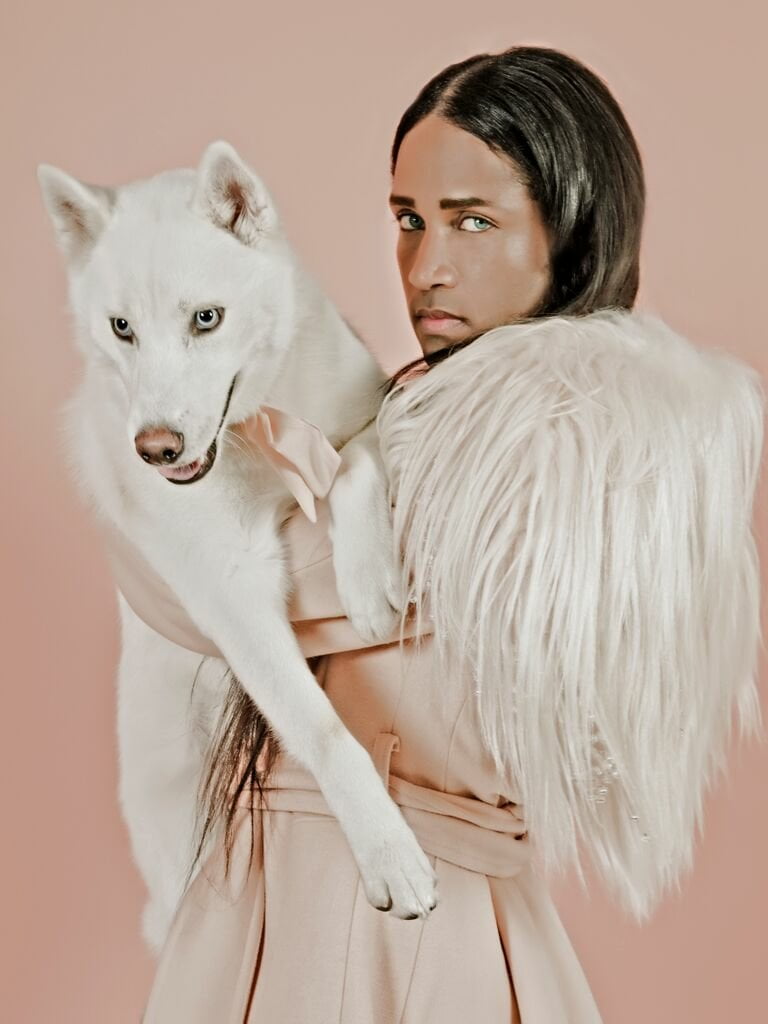 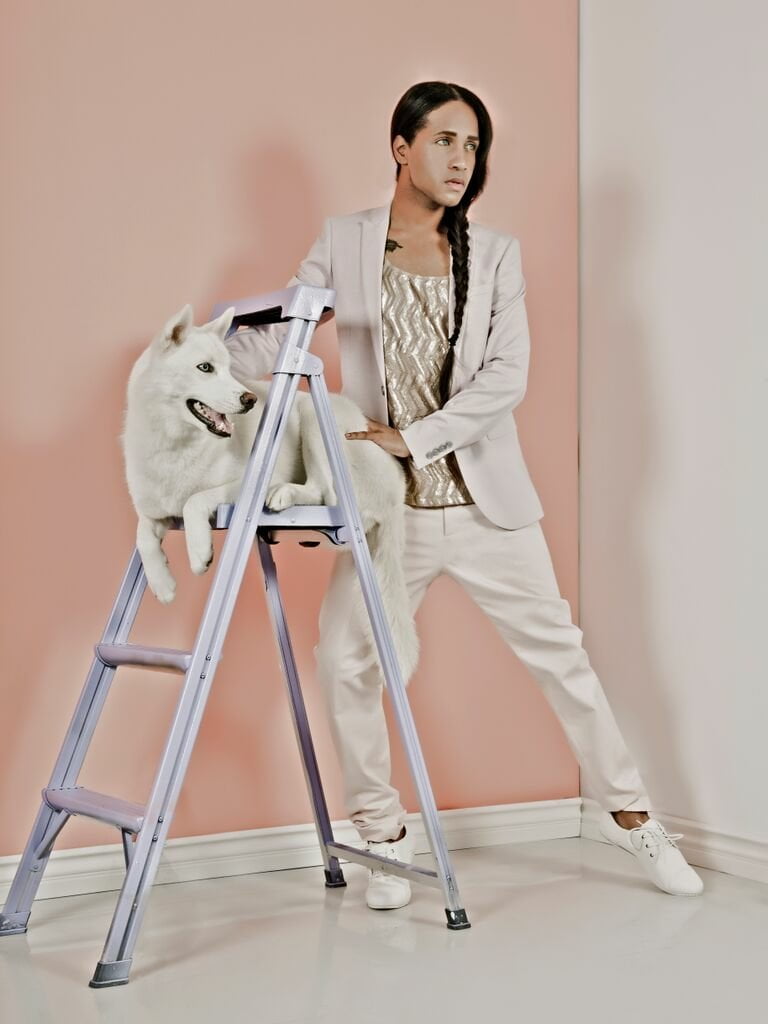 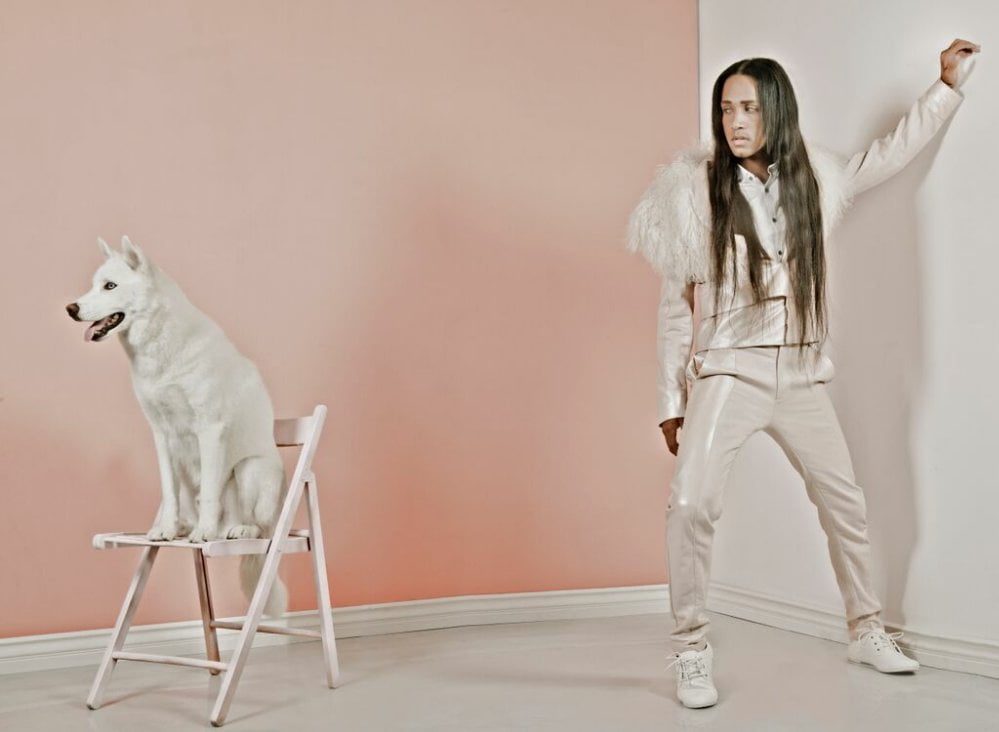 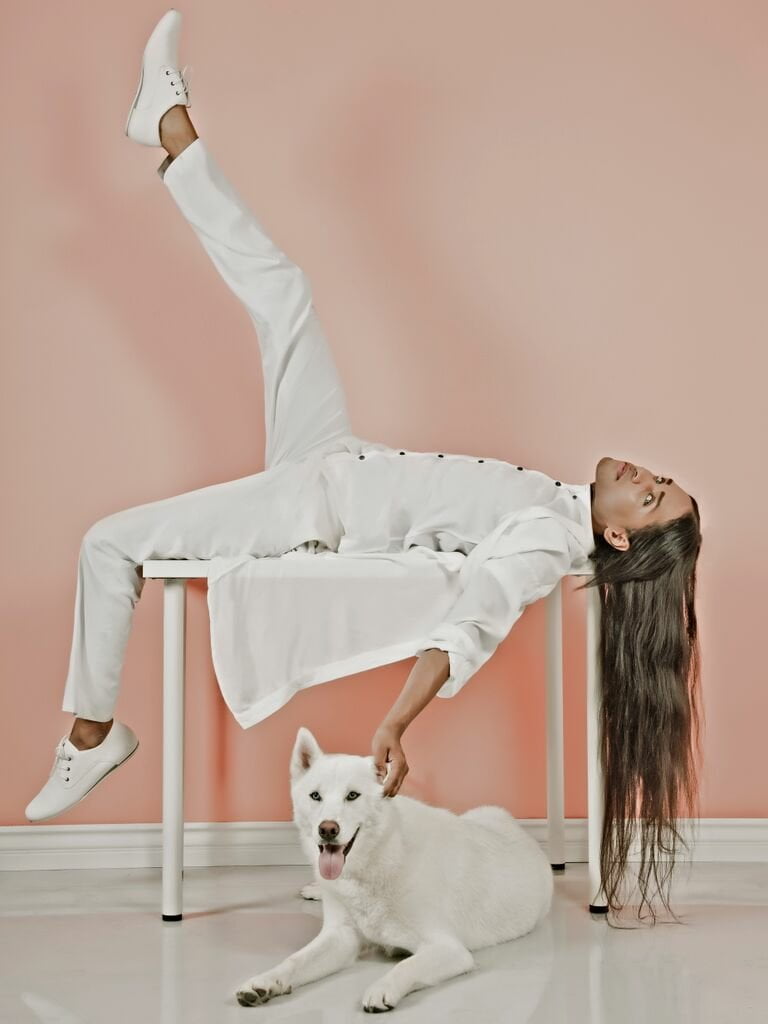 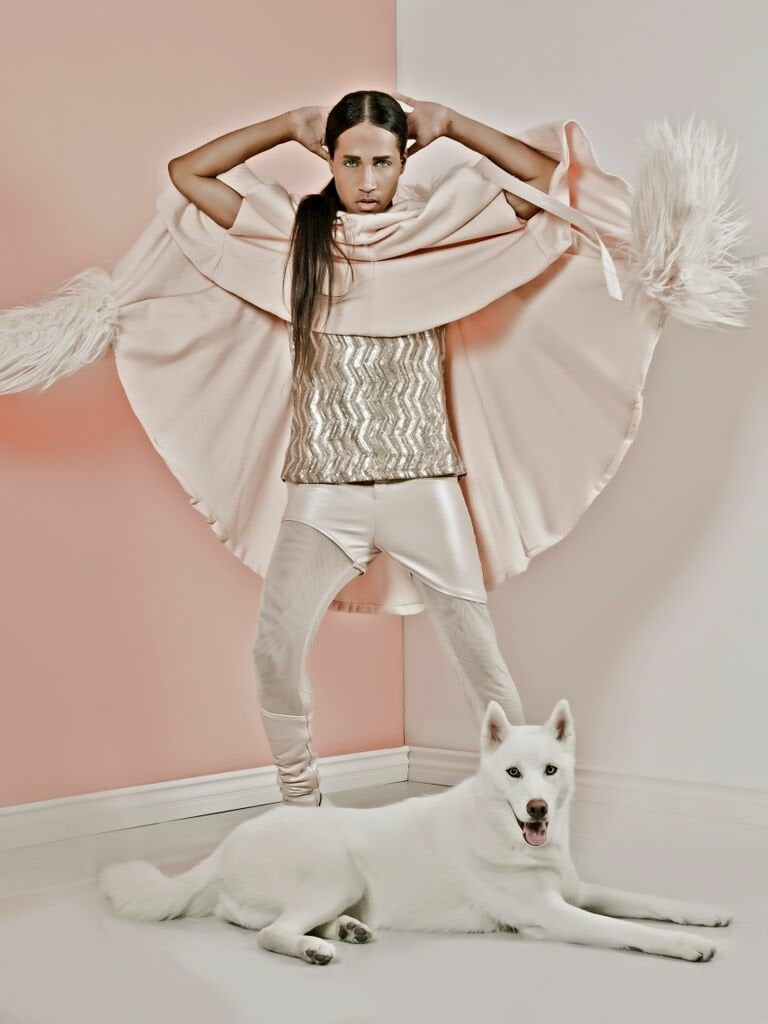 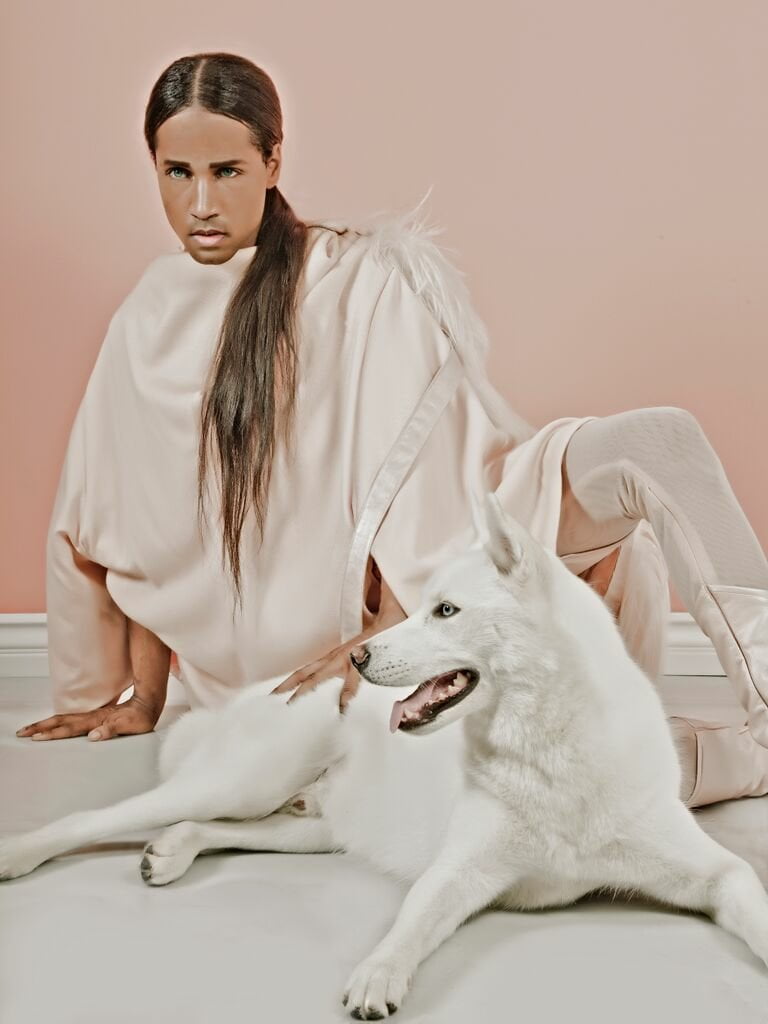 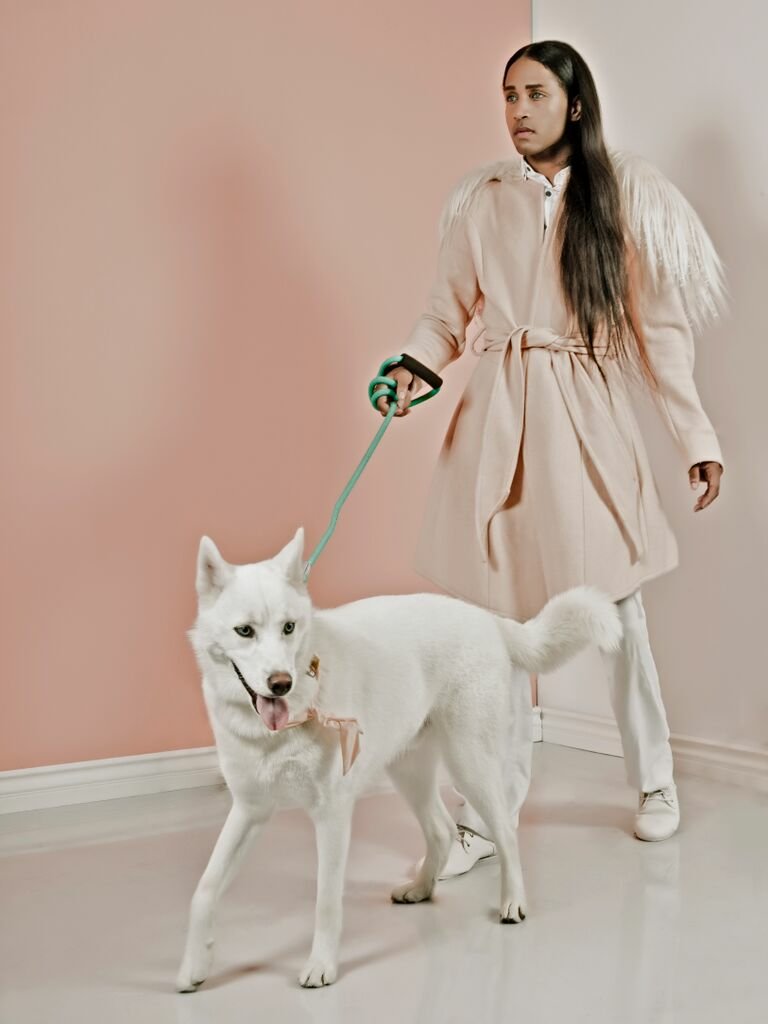 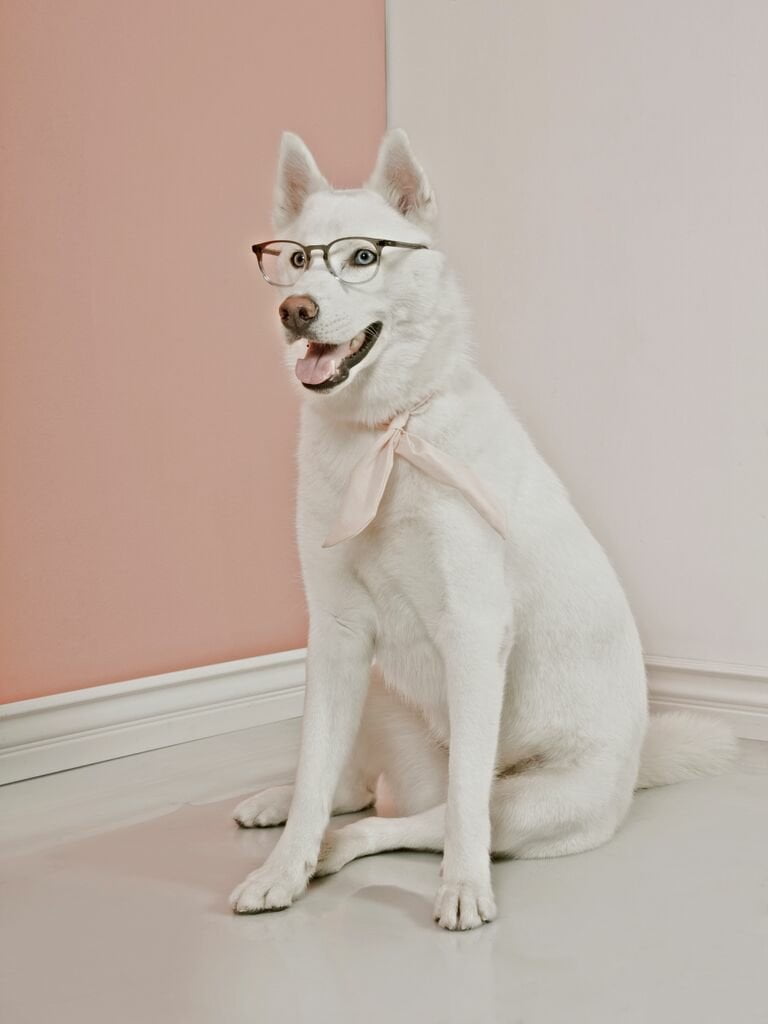 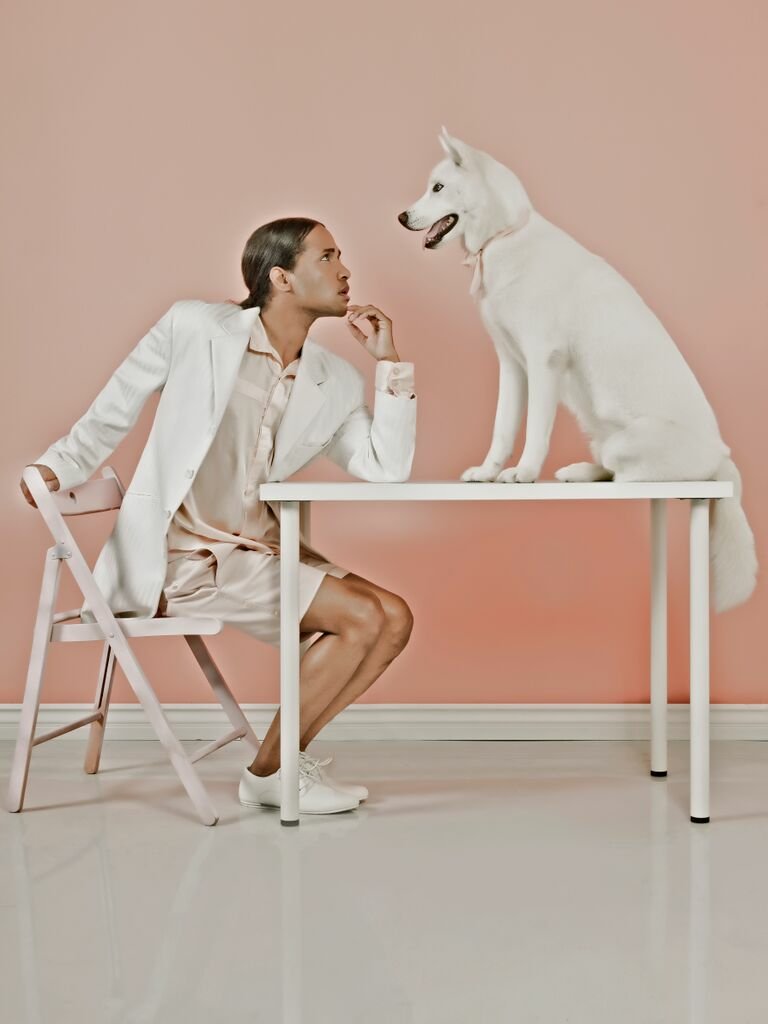 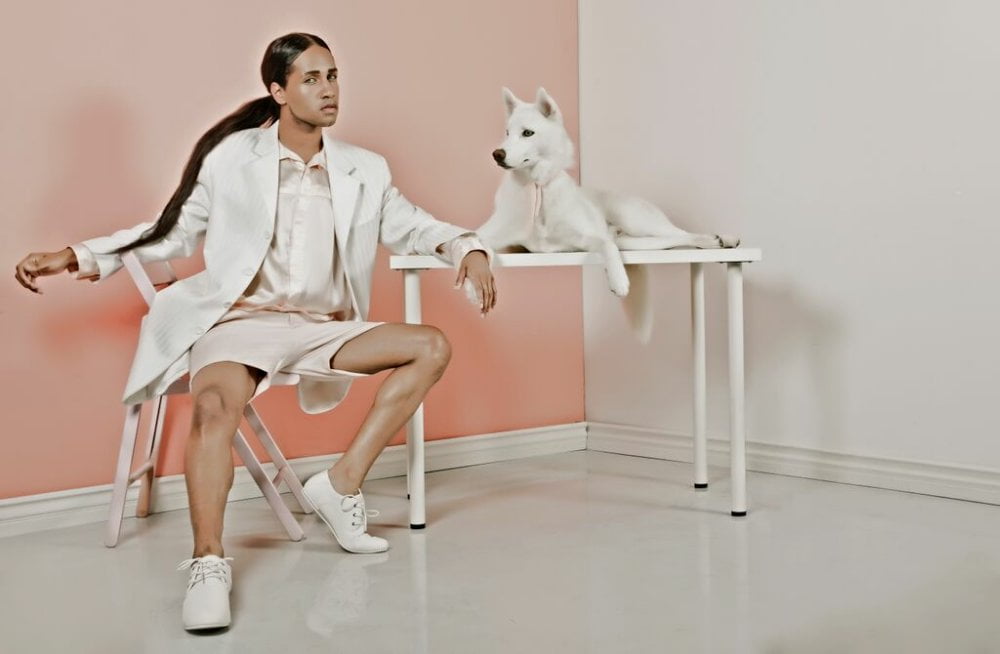