Queen’s cornerstone “Greatest Hits” album is, once again, in the Top 10 of Billboard’s 200.

Released in 1981, the album has been on the charts for 412 weeks, finally landing at No. 8, up from its previous spot at No. 36. It previously peaked at No. 11 in 1992, the year following front man Freddie Mercury’s untimely death.

The now nine-time platinum album is also No. 1 on Billboard’s Vinyl Albums Chart with the second-largest sales week of 2020 for any vinyl release.

With monster hits from the iconic rock band like “Bohemian Rhapsody,” “We Will Rock You,” “We Are The Champions,” “Fat Bottomed Girls,” “Another One Bites the Dust” and so many more, it’s no wonder the album has stood the test of time.

Queen recently teamed up with both Target and Walmart to release brand new vinyl exclusives. Both are two-disc LPs, 180 gram.

Those opting for the Target exclusive will be treated to ruby blend marble vinyl while those who purchase from Walmart will receive red and white vinyl. The biggest fans of Queen might even be found purchasing both.

The band also recently released a live album with American Idol alum Adam Lambert at the helm. The album is titled “Queen + Adam Lambert Live Around The World,” and it landed at No. 1 on the UK’s official albums chart.

It was the first time a Queen album topped a chart since 1995’s “Made in Heaven.”

Queen is no stranger to the top ten, as this is their ninth album to land there. It will join the soundtrack for “Bohemian Rhapsody,” “Greatest Hits I, II & III: The Platinum Collection,” “Classic Queen,” “The Game,” “Jazz.” “News of the World,” “A Day at the Races” and “A Night at the Opera.”

Queen’s “Greatest Hits” is still the best-selling album of all-time in the UK.

Grade A Productions/Interscope Records artist Juice WRLD’s powerful legacy continues to reverberate around the world as latest track “Smile” with The Weeknd becomes the 6th song from Legends Never Die to debut within the Top 10 of Hot 100 chart landing at No. 8. With “Smile”, Juice WRLD has more top 10’s on the Billboard Hot 100 than any artist this year. “Smile” marks Juice’s 7th song to debut in the Billboard Hot 100 this year. This is his 9th overall across his career. Previously, five songs from Legends Never Die debuted in the Top 10 of the Hot 100 chart, including “Come & Go” (No. 2); “Wishing Well” (No. 5); “Conversations” (No. 7), “Life’s a Mess” (No. 9); and “Hate The Other Side” (No. 10); making Juice WRLD the third artist to claim five of the Top 10 slots in a single week, following Drake and The Beatles.
Released on July 10, the record-shattering posthumous album debuted at #1 on the Billboard 200 chart. Also, it scored the biggest streaming week of 2020 eclipsing The Weeknd’s After Hours. Legends Never Die makes history as the most successful posthumous debut since Notorious B.I.G.’s Life After Death (690K) and Tupac’s R U Still Down (549K) in 1997.

From Press and Family:

Legends Never Die has also garnered critical acclaim from Rolling Stone (who noted that the album “solidifies his legacy”); Pitchfork (who hailed it as “bleak and beautiful”); and Variety (who praised Legends Never Die as “positively lush” with moments of “pure magnificence”).
“The overwhelming love that millions of music fans clearly have for Jarad reminds us how much his poetic words, creativity, and bright light continues to shine throughout the world,” says Jarad “Juice WRLD” Higgins’ mother Carmela Wallace and his Grade A family. “This first collection of songs is a poignant reminder of his great artistic talent and emotional honesty. Music was his passion and recording gave him the outlet to share everything he was going through. In addition to his music, Jarad’s legacy will continue to help young people through his Live Free 999 Foundation. We are incredibly grateful to the fans who continue to uplift him every single day and our hope is that his words touch your life in a way that helps you through any challenges you may be facing.”
In April, Juice’s mother Carmela Wallace announced the establishment of the Live Free 999 Foundation, which will receive additional support via Grade A and Interscope Records. The Live Free 999 Fund will honor the legacy of her son by supporting young people in their battles and to do so with love, joy, and emotional honesty.
For more information or to donate to the Live Free 999 Foundation click HERE.

“Heaven On My Mind,” which is written by Becky Hill and produced by Sigala, is the second single to be lifted from Becky’s upcoming debut album release. It sees Becky reunite with Sigala, who she collaborated with last year on the UK top 10 hit, “Wish You Well,” which she recently performed as part of a bedroom session medley for Radio 1’s Big Weekend 2020 and has now sold over 750,000 records in the UK alone.

“‘Heaven On My Mind’ has had a different journey and creative process from my other songs I’ve released,” says Becky. “When Sigala first sent me ideas for the song, it was during a dark time for me last year, and so it wasn’t a track that I would have ever started writing myself – it was so pure and carefree… But that actually made me want to work on it and make it as personal as possible and release it. And after having big success with Sigala on our track ‘Wish you Well,’ I had such a high respect and love for him and was over the moon he wanted to collaborate with me again!

The second single to be lifted from Becky’s forthcoming debut album, it follows the release of “Better off Without You” (ft Shift K3Y), which, after garnering Becky Hill’s highest-charting position for a solo single release, spending 5 weeks in the Top 20 of the UK Official Singles chart, scoring a top 5 on the UK Radio airplay chart and on iTunes, hitting no. 1 on the Official Trending Chart and accumulating over 65 million streams to date.

A summer anthem in the making, “Heaven On My Mind,” is set to cement Becky’s reputation as one of Britain’s most in-demand musical exports of the moment. With an irrefutable aptitude for writing chart smashing pop songs and an impressive string of hits to her name, Becky has now garnered over 1.5 billion combined streams and 18 million + monthly listeners on Spotify after being crowned the 2nd most-streamed British Female Artist on Spotify UK in 2019.

This December, GRAMMY Award-winning entertainment icon Dwight Yoakam will make his Wynn Las Vegas debut with a six-night residency, An Evening with Dwight Yoakam & The Bakersfield Beat, at the Encore Theater. Guests can expect to take a journey with songs, sights, and stories through California country music’s dramatic arrival and lasting impact on American pop music culture Wednesday, Dec. 4 – Saturday, Dec. 14. Tickets for all performances will be available for purchase starting Friday, Aug. 23 at 10 a.m. PDT.

Beginning with the Dust Bowl era, Yoakam will take the audience on a musical excursion exploring the history of the sounds associated with Bakersfield, Calif. through songs and storytelling in this exclusive residency. Yoakam will perform a variety of the music that influenced and created the “Bakersfield” and “California Country-Rock” genres of country music from its early beginnings to its commercial zeniths, in addition to his own original music that was shaped and influenced by this legacy. This unique showcase will reflect the concepts that created his self-curated SiriusXM channel, Dwight Yoakam & The Bakersfield Beat.

Throughout his career, Yoakam has sold more than 25 million albums worldwide and is a 21-time nominated, multiple GRAMMY Award winner. Nearly 40 of Yoakam’s singles have charted on Billboard, with 14 peaking in the Top 10. Yoakam is a recipient of the Americana Music Association’s Artist of the Year Award, and this fall he will be inducted into the Nashville Songwriters Hall of Fame in the Songwriter/Artist category at the 49th Anniversary Gala on Oct. 14,2019.

Three-time Grammy Award-winning and multi-platinum-selling artist Pentatonix will release PTX Presents: Top Pop, Vol. I April 13th via RCA Records.  The inaugural release for the group’s PTX Presents series will feature 11 PTX-curated modern pop performances, including an arrangement of Camila Cabello’s “Havana.”  The track was released this past Friday and has already surpassed 5 million video views.  Purchase it here and watch it here.

Alongside their album announcement, Pentatonix will embark on a 39 city North American tour produced by Live Nation, beginning at the USANA Amphitheatre in Salt Lake City, UT on July 12th.  Tickets for the tour will be available via a 24-hour Patreon presale (for Patreon members) beginning March 5th at 10am local time.  Citi® is the official presale credit card of the tour. As such, Citi® card members will have access to purchase presale tickets beginning Tuesday, March 6th at 12pm local time until Thursday, March 8th at 10pm local time through Citi’s Private Pass® program. For complete presale details visit www.citiprivatepass.com.  Tickets will be available to the general public starting Friday, March 9th at 12pm local time through www.ptxofficial.com,  LiveNation.com and the Live Nation app.

Three-time Grammy® Award-winning and multi-platinum-selling artist Pentatonix has sold nearly 10 million albums in worldwide consumption and performed for hundreds of thousands of fans at their sold out shows across the globe. Their YouTube channel boasts more than 14.6 million subscribers, yielding over 3.1 billion video views. Their 2015 self-titled album is certified gold after debuting #1 on Billboard’s 200.

Additionally, nine of their albums reached the top 10 on Billboard’s 200 chart (two albums reaching #1) and received multiple RIAA certifications for multi-platinum, platinum and gold selling albums and singles. Most recently, “Mary, Did You Know?” and “Hallelujah” were certified platinum, while the Pentatonix original, “Can’t Sleep Love,” was certified gold.  The group has had two holiday specials on NBC, released their tour documentary – On My Way Home – in 2015 and appeared in the feature film, Pitch Perfect 2. 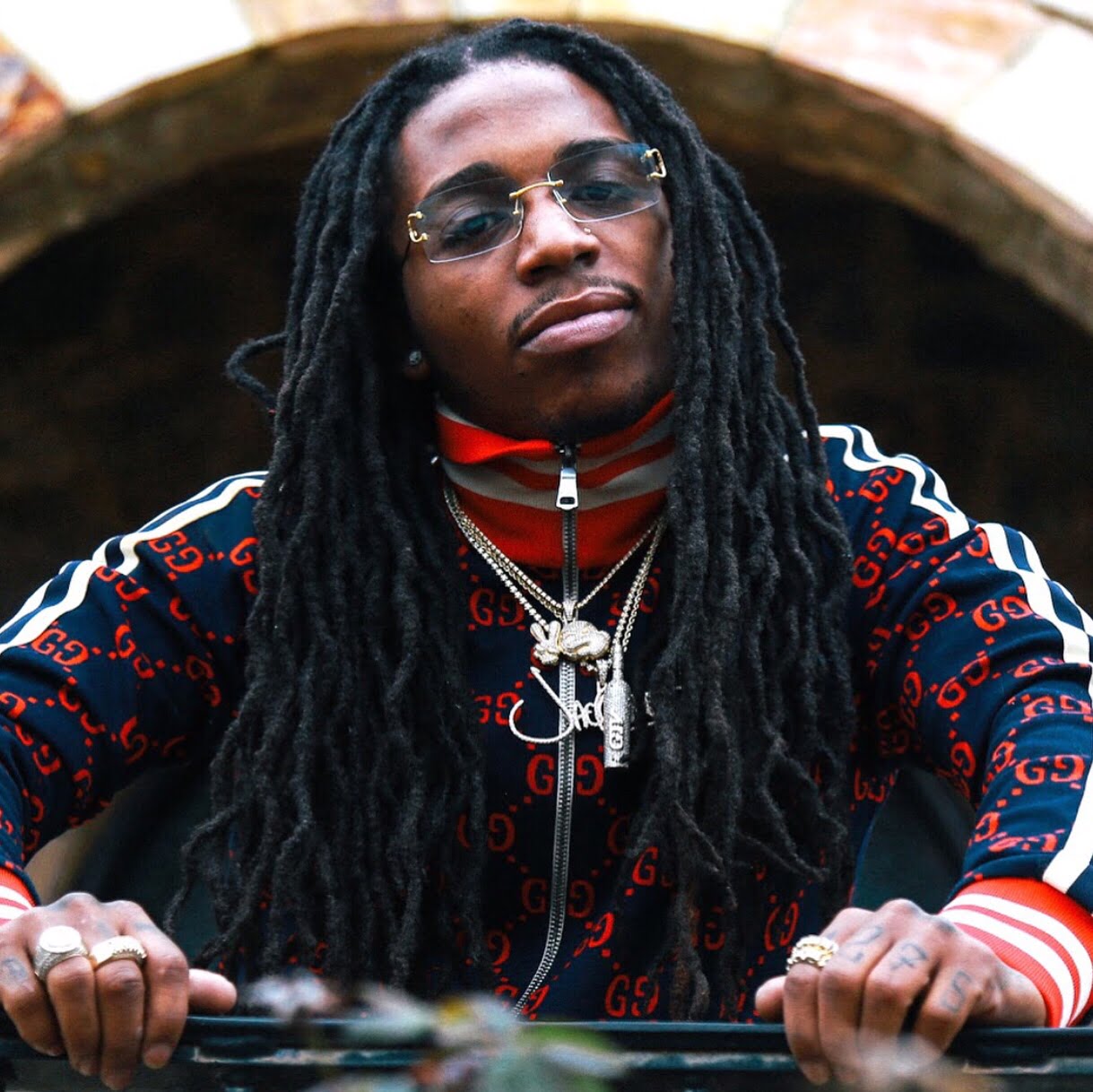 Premiering with Complex.com, Jacquees spoke about the record stating, “TK knew this record was a hit. He called me and told me he had one. I came to the studio and we jumped in the booth together and created a classic.” TK added, “I called Que to the studio knowing I had a hit for him to be apart of! We went straight in the booth together and just vibed out until the record was complete.”

“Ocean” comes right after TK smash hit, “Space Ft. Sexton,” which reached the Top 10 on Urban US Radio and garnered over 50 million total streams. After dominating radio and embarking on a US tour with A Boogie Wit Da Hoodie this past fall, TK Kravitz is definitely off to a great start in 2018. The seductive and clever “Ocean” perfectly showcases how both TK and Jacquees’ incredible voices compliment each other on the record.

Keep a look out for TK’s newest EP, 2.0 coming this spring and peep the “Ocean” lyric video below! 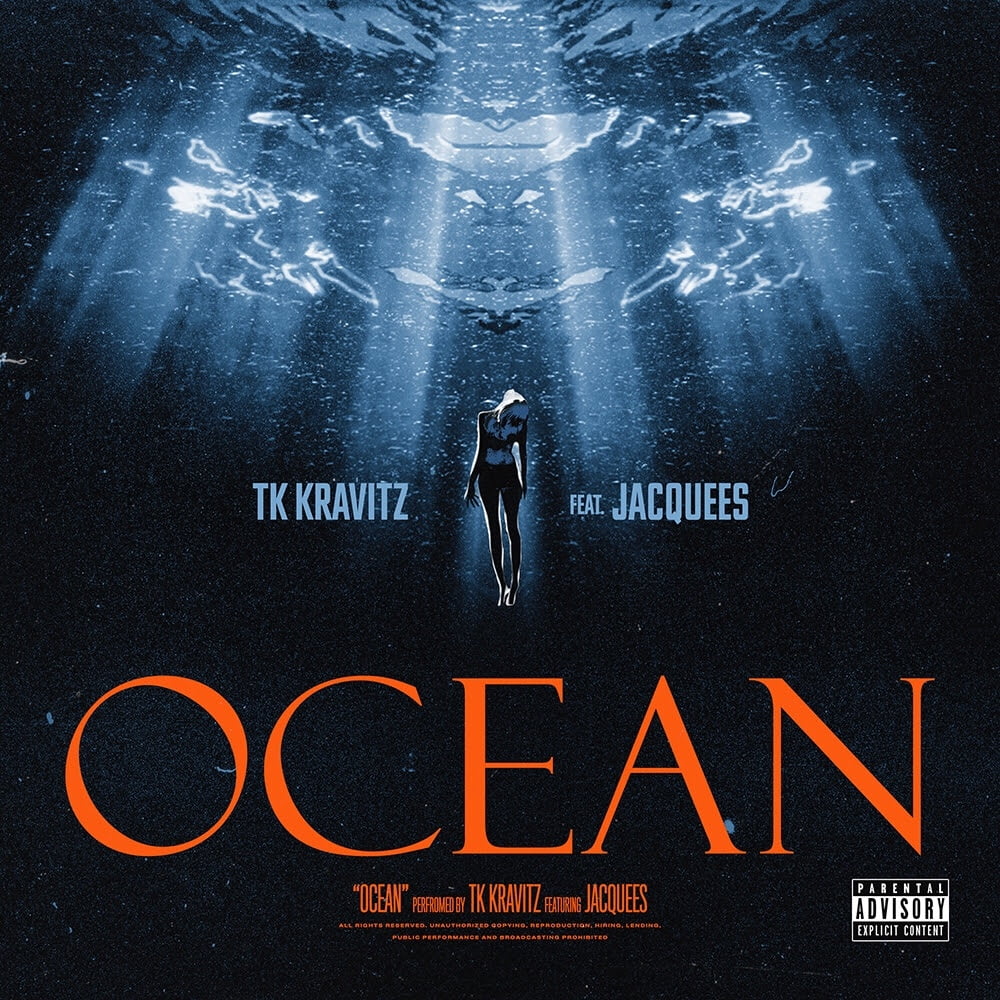