3x Grammy award-winning, Platinum-selling superstar Lizzo has announced her highly-anticipated return. With anthemic smash hits like the 7x Platinum “Truth Hurts,” the 3x Platinum “Good As Hell,” the 2x Platinum “Juice,” and the Platinum “Tempo (Feat. Missy Elliott)” already under her belt, Lizzo is set for yet another smash with the upcoming “Rumors.” “Rumors” is out on August 13, and pre-saves are available now HERE.

Along with her first new music of the year, Lizzo is making her comeback even stronger with a number of festival appearances. The songstress makes history as the first woman to ever headline Bonnaroo Music & Arts Festival. As well as her September 4 appearance at Bonnaroo, Lizzo will also perform for Global Citizen Live on September 25, Firefly Music Festival on September 26, the New Orleans Jazz and Heritage Festival on October 10, and Outside Lands on October 30. Lizzo will also make her eagerly awaited return to her home state of Minnesota for a headline show at Welch, MN’s Treasure Island Amphitheater on September 11. For more details, visit HERE.

Lizzo has become a household name with well over 5 billion global streams and a Platinum selling debut album to date. Lizzo released her Nice Life Recording Company/Atlantic Records debut album CUZ I LOVE YOU on April 19, 2019, debuting at #6 on the Billboard Top 200 Albums chart and spending 24 consecutive weeks in the chart’s Top 10. “Truth Hurts” also became the longest running #1 by a solo female rap artist in history after spending seven weeks atop the charts.

Since the release of the meteoric CUZ I LOVE YOU, Lizzo has been named both TIME Magazine and Entertainment Weekly‘s 2019 Entertainer of the Year, as well as gracing the covers of Rolling Stone, Billboard’s GRAMMY Preview Issue, British Vogue, Elle’s Women In Music Issue, and many others.  Additionally, Lizzo kicked off 2020 with a showstopping opening performance at the 62 Annual GRAMMY awards and took home three big wins, in addition to being the most-nominated artist of the year. 2020 also saw her win the awards for Best Female R&B/Pop Artist at the 2020 B.E.T Awards and both “Entertainer of the Year” and “Outstanding Video” at the 2020 NAACP Awards.  Her list of high-profile TV performances also include the 2019 American Music Awards, VMAs, B.E.T Awards and Saturday Night Live, in addition to in depth profiles on CBS This Morning’s GRAMMY primetime special and CBS Sunday Morning.

The album’s first single “FEM” (produced by Napji) earned widespread praise and shot straight to the No.1 spot in the Apple Music charts in over 8 countries including Nigeria, where it held the top position for 4 weeks. “FEM” became the unofficial protest song embraced by the #ENDSARS movement against police brutality in Nigeria. The track has since enjoyed over 40 million streams globally, viewed over 11m times on YouTube and reached #19 on US iTunes chart.

“One thing about Africans – rich or poor, happy or sad, is that no matter what the situation going on in your country, you always find a reason to smile and just be happy. We (African people) always like to celebrate and A BETTER TIME is that outlet to be free, be happy and hopeful for a better future.” Davido commented.

A BETTER TIME is executive-produced by Davido and his son Ifeanyi Adeleke and follows the highly praised 2019 sophomore album A Good Time which has achieved over 1.2 billion streams to date globally.

Closing 2020 with the momentous release of A BETTER TIME–which is fast approaching a staggering 400M combined streams across all platforms and 32 million views across the official videos– Davido continues to cement himself as one of the biggest artists in Africa. The album dominated the No.1 position in the Apple Music charts across 8 territories, including Nigeria, where it maintained this spot for 4 consecutive weeks.

Born in Atlanta, Georgia and raised in Nigeria, 27-year-old Davido (real name David Adedeji Adeleke) has been a champion for the continent of Africa. He chose to chase his music dreams and whilst doing so earned over 30 awards including a MOBO for Best African Act, MTV EMA for Best International Act, three MTV Africa Music Awards, two BET Awards and two Nigerian Teen Choice Awards for “Top Featured Artist” and “Choice Male Artist.”

With an unmatched work rate, Davido has delivered back-to-back hits since his musical debut in 2011. Breaking out with successive singles “Back When,” “Dami Duro,” “Gobe,” “Aye” and “Skelewu,” the latter would enjoy attention from Major Lazer and Wiwek who went on to remix the single. His musical elevation would see further global collaborations with Chris Brown, Pop Smoke, Summer Walker, Young Thug, Mayorkun and more. Davido kick-started last year with a sold-out date at London’s prestigious O2 Arena, becoming the first solo African artist to do this. He created waves across America with his smash hit single “Fall“ which is certified gold in the US and in Canada.

With a discography attesting to over a billion global streams and over a billion video views, the Afrobeats forerunner has very much established himself as a force to be reckoned with.

“TYLER PERRY’S HOUSE OF PAYNE,” returning for its seventh season, is a hilarious comedy about retired fire chief Curtis Payne (LaVan Davis) and his lovely wife Ella (Cassi Davis Patton) that picks up five years later, as they continue to navigate the problems of life with their quirky modern-day family.

In the new sitcom “TYLER PERRY’S ASSISTED LIVING,” Jeremy (Na’im Lynn), a patriarch of a young family with teenage children, loses his job and decides to move to the backwoods of Georgia to help his crazy grandfather.  Grandpa Vinny (J. Anthony Brown) has foolishly purchased a terribly run-down home for the elderly and he is in way over his head, but comedy ensues as Mr. Brown (David Mann) and Cora (Tamela Mann) show up at the right time as needy investors.

Last night during the BET Awards, Summer Walker (LVRN/Interscope Records) who was nominated for Best Female R&B/Pop as well as Best New Artist also performed her songs “Session 32” and “Come Thru” with Usher. The intimate set and performance which was directed and creative directed by Lacey Duke, was brought to life by an all-female production crew. Vulture described the two-song set “made you feel like having your heart broken is a visit to a tranquil, pastel oasis.” On the tail of her passionate and social media trending performance, Summer Walker is ready to announce her new EP Life On Earth which is set to release July 10. You can pre-save the EP which is also executive produced by Summer Walker, HERE.

Summer Walker’s critically acclaimed and record-breaking debut album Over It is available worldwide via LVRN/Interscope Records. The Recording Industry Association of America (RIAA) recently handed out a Gold certification for Over It’s single “Come Thru” featuring Usher and double Platinum for the album’s lead single, “Playing Games.” Meanwhile, Walker’s breakout smash, “Girls Need Love,” from 2018’s Last Day of Summer project, is also certified 2x Platinum. Collectively, the 23-year-old singer’s catalog has been streamed a whopping 4.5 billion times globally.
Walker successfully wrapped her First and Last Tour in support of Over It in late December. The six-week jaunt kicked off with a trio of sold-out dates in London, followed by a string of sold-out shows across the United States. The artist recently won her first Soul Train Music Award for Best New Artist.

BET Networks announces premiere of its original digital series “WIG OUT” starring celebrity hairstylist Cliff Vmir. The eight-episode series follows Cliff and his crew in Atlanta, the “Hair Capital,” as he’s hungrier than ever to continue to take his “Hair Empire” to the next level. From re-launching his famous “hair tours,” to opening a brick and mortar home base for Cliff in Atlanta to expanding his brand, Cliff has gained a new perspective and is feeling the pressure to make some needed changes in his life. All the while, Cliff is secretly planning his entrance into the rap game and all is at stake. As Cliff struggles with personal issues along the way, he also realizes he’s made some amazing connections that will help him rise to the top of hair and rap royalty, but how easy will it be for him to break in? Tune in to the premiere episode of “WIG OUT” Sunday, January 13 across all BET Digital platforms.

NOMINATED FOR A TOTAL OF

BET Networks announced the nominees for their 2017 BET Hip-Hop Awards. Within 16 categories, 300 Entertainment’s Tee Grizzley and Migos were nominated for a total of six awards. Migos received nominations for Best Collabo, Duo or Group, Single of the Year, Album of the Year, and Made-You-Look Award (Best Hip-Hop Style). Detroit newcomer, Tee Grizzley received nominations for Best New Hip-Hop Artist and Best Mixtape. Both Migos and Tee Grizzley have become music’s most talked about acts with their viral hits “Bad and Boujee” (Migos) and “First Day Out” (Tee Grizzley). 300 Entertainment would like to congratulate Tee Grizzley and Migos on their BET Hip-Hop Award nominations.

This year’s BET Hip-Hop Awards ceremony will take place in Miami, FL and will air on BET Networks, October 10th, 2017 at 8:00PM ET/PT. See the full list of nominees here. 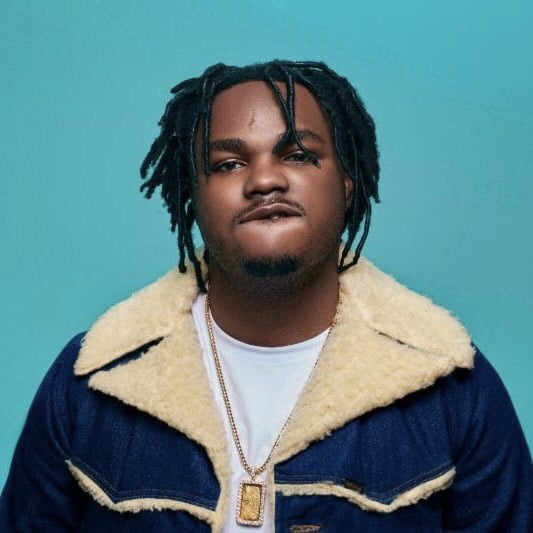 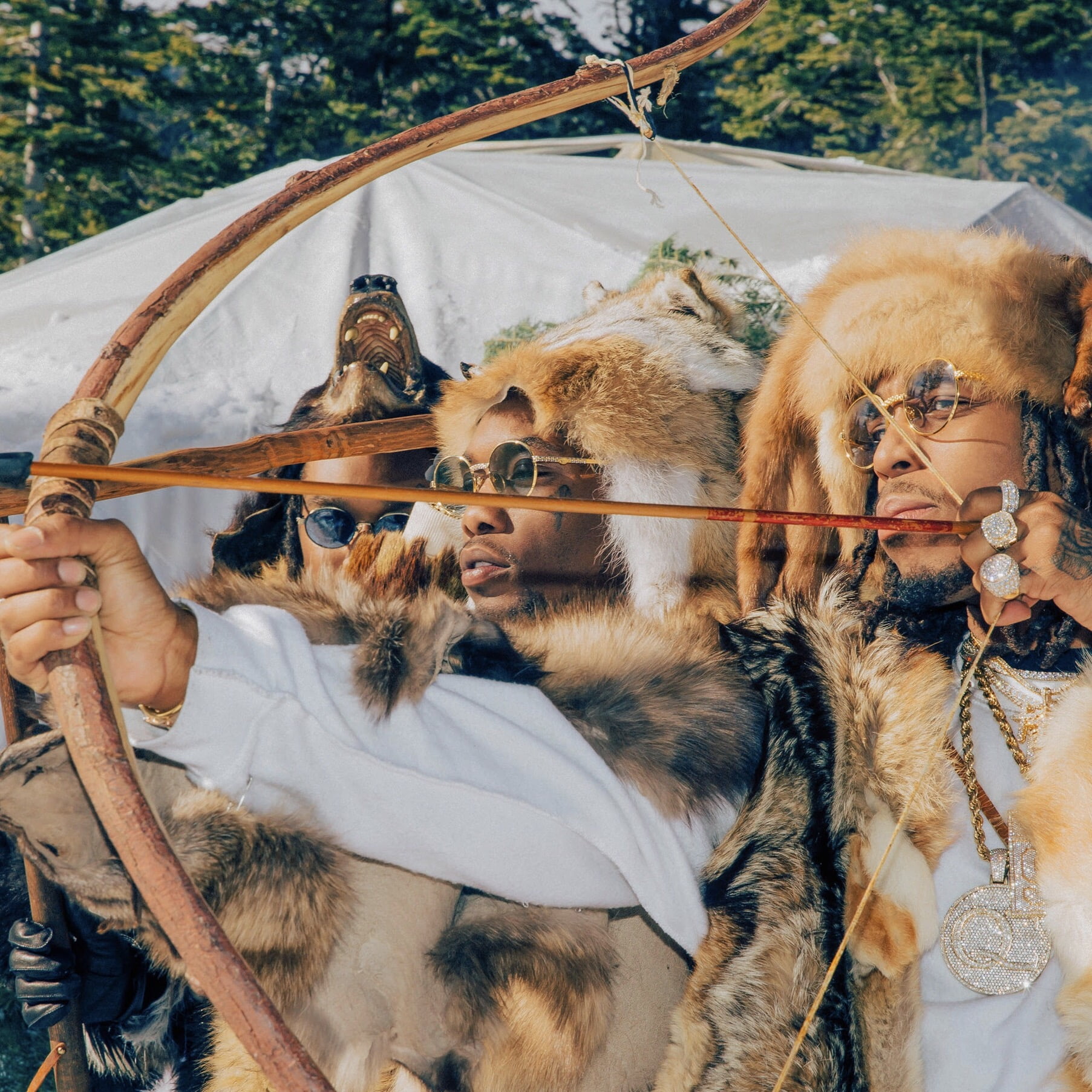