Benjamin’s music isn’t the traditional mainstream rap we’re used to hearing. He hopes his music influences our society in a positive way. “I’m a fan of Drake and J Cole. Lately, I’ve been listening to more gospel rap, artists like Bizzle, Eshon Burgundy, and Lecrae [noted Christian rappers]. Music lately feels so negative. It’s all about doing drugs and degrading women. I need something that is gonna feed my spirit and motivate me to be a better person,”

Don Benjamin on distinguishing himself from the direction of current mainstream rap artists:  “I don’t feel like much rap nowadays spreads positivity. Most songs that take off aren’t really saying much of anything. I want to spread a good message.”

During this time of unrest, Benjamin has taken a stand in solidarity with the Black Lives Matter movement and joined the music industries Blackout Tuesday. Other celebrities, including Beyoncé have used their social media platforms to demand justice for George Floyd and encourage their followers to take action.

→ PUMA × The Hundreds – California streetwear brand The Hundreds joins PUMA to debut a new line of footwear, apparel and accessories inspired by the last three decades, called “The ‘90s Cliques”.

→ Shaggy – Grammy award winning artist Shaggy, known for top hits “It Wasn’t Me” and “Boombastic,” discusses the variety of  his music and how he remains grounded.

→ YaVe Tequila by Joe Cruz – Motivated by his passion for family and community, Joe Cruz creates YaVe Tequila. After many attempts to get the right formulation and an incredible shift to a team of female chemists, the world’s first naturally flavored tequila was born. Although this tequila was introduced shortly before a world-wide pandemic hit and YaVe’s original plan of having a large presence in bars is impossible, they’ve managed to grow their online presence with partnerships and influencers. YaVe has angled themselves as an essential for a stay at home happy hour.

To delve into this provocative award-winning magazine issue, go HERE.

Special Thanks to the following individuals:

Her previous single “My Way,” an empowerment anthem, peaked at #15 Pop at iTunes. The video already has 95k+ views (and quickly ascending). You can check it out here.

Working alongside super producer Cirkut (The Weeknd’s “Starboy” and Miley Cyrus’ “Wrecking Ball”), Ava is taking control of both her sound and story, and fiercely claiming her space as one to watch in 2018.

Billboard says “My Way” is “an impressive debut,” adding the track to its Pride Playlist.

The exhibition will run from 6th December to 4th February, 2018.

While working in different creative fields; diverse mediums of fabric sculpture, ceramic and photography and spanning the 1930s to the present day; shadows and the interplay of forms are the threads which tie together the works in this third exhibition, as well as an enduring focus on craftsmanship which is central to the ethos of the LOEWE FOUNDATION.

Jonathan Anderson said: “Art and craft are always at the center of my creative process and these exhibitions are an exciting way of exploring artists that are important to me. I love the unexpected things that happen when people from completely different worlds are brought together, the antagonism can create something completely new.”

Platinum recording-artist Dreezy follows up her politically charged “Spar” with her hot new track, “Can’t Trust A Soul.” The spitfire track features 2017 XXL Freshman PnB Rock. In classic Dreezy fashion, the Chicago-bred rapper delivers rapid-fire bars on top of a Ben Billion’s (Beyoncé/The Weekend) production in “Can’t Trust a Soul.” Dreezy continues to speak her mind and deliver her truth, which simply put, is that you have to have your own back. The young starlet most recently performed at ComplexCon and co-hosted Complex’s Everyday Struggle. “Can’t Trust A Soul” is now available at all digital retailers and you can take a listen HERE.

Interscope Records releases HELIX – Volume 1, a compilation of some of the label’s top dance songs and remixes, today via all digital retailers. Listen HERE.

The compilation features two previously unreleased tracks, a Grant remix of Selena Gomez’s “Bad Liar” and a Martin Jensen remix of Alex Aiono’s “Does It Feel Like Falling,” both of which premiered yesterday on Interscope Records’ new HELIX YouTube Channel. Check it out HERE. It also includes such hits as DJ Snake’s “A Different Way” featuring Lauv, Zedd’s “Get Low” featuring Liam Payne, a Kaskade remix of Imagine Dragons’ “Believer,” and A-Trak’s remix of Maroon 5’s “What Lovers Do” featuring SZA. It also features tracks by rising Interscope artists blackbear, Gryffin, Billie Eilish, Oliver, and Louis The Child, among others. The full track-listing is below.

Louis The Child ft. Ashe – Right To It

blackbear – do re mi (FRND Remix)

Alex Aiono – Does It Feel Like Falling (Martin Jensen remix)

Roc Nation’s newest artist, Victory Boyd has already garnered millions of views and fans for her sublime renditions of Nina Simone and Stevie Wonder classics. The singer, songwriter and multi-instrumentalist began her musical journey at the tender age of 4 performing alongside her 9 musician brothers and sisters is ready to take the next step. From performances at Central Park’s Minton Tile Arcade adjacent to the Park’s Bethesda Terrace and Fountain to a Roc Nation record deal, Victory is set to launch her solo career with the release of her debut EP, It’s A New Dawn.

“Meet Victory Boyd, the awe-inspiring Central Park singer who impressed the hell out of JAY-Z” – The FADER

Duo Shares Video For Track “Who Are You”

Purchase/Stream ii (Side A) HERE

View “Who Are You” Video HERE

“Pop has rarely been this emotionally unashamed” – Rolling Stone

Global streaming stars Aquilo release ii (Side A), a five-track EP which forms the first half of their new album with Side B to follow in 2018. Featuring singles “I Could Fight On A Wall” and “Thin,”ii (Side A) continues Aquilo’s progression from bedroom-based laptop producers to constant, inimitable innovators. ii (Side A) is available for purchase and streaming via Harvest Records HERE.

With two sold out London shows under their belts and the first two tracks from Side A having already amassed over two million streams on Spotify alone, Aquilo bring us the new single “Who Are You.” Premiering on BBC Radio 1, the video for the songis the first to feature both Tom and Ben and was filmed in a single take set in Joshua Tree National Park.

The five tracks released today as part of ii (Side A) marks the bold decision to split the album into two halves and is Aquilo’s unique way of staying in tune with the streaming age. “We’re doing things differently,” explains Ben. “Streaming has changed how we all consume music. We still love the album format, but it needs updating. Releasing an album in two halves is our way of doing that.”

Hailing from the UK Lake District, Tom Higham and Ben Fletcher first introduced themselves as Aquilo in 2014 with their larger than life cinematic sound, and have since released three EPs and debut album Silhouettes; produced by highly regarded Icelandic producer Ólafur Arnalds and the ever brilliant SOHN. With tracks “Silhouette,” “Sorry,” “You There,” “Losing You” and “Never Hurt Again” gaining well over 110 million plays on Spotify alone. Aquilo made their U.S. television debut on Late Night With Seth Meyers in March 2017.

And to celebrate the release Annapurna Pictures has dropped a new easter egg trailer! Check out the trailer below and look for more hidden secrets from the film in theaters everywhere!
Watch the Easter Egg Trailer HERE:

In a superhero origin tale unlike any other, the film is the incredible true story of what inspired Harvard psychologist Dr. William Moulton Marston to create the iconic Wonder Woman character in the 1940’s. While Marston’s feminist superhero was criticized by censors for her ‘sexual perversity’, he was keeping a secret that could have destroyed him. Marston’s muses for the Wonder Woman character were his wife Elizabeth Marston and their lover Olive Byrne, two empowered women who defied convention: working with Marston on human behavior research — while building a hidden life with him that rivaled the greatest of superhero disguises.

This season at Anna Sui x INC, Linh Nguyen for Cutler Salons/Redken brought the urban cowgirl to life with two ultra-glam looks – rodeo curls and a piecey side braid. 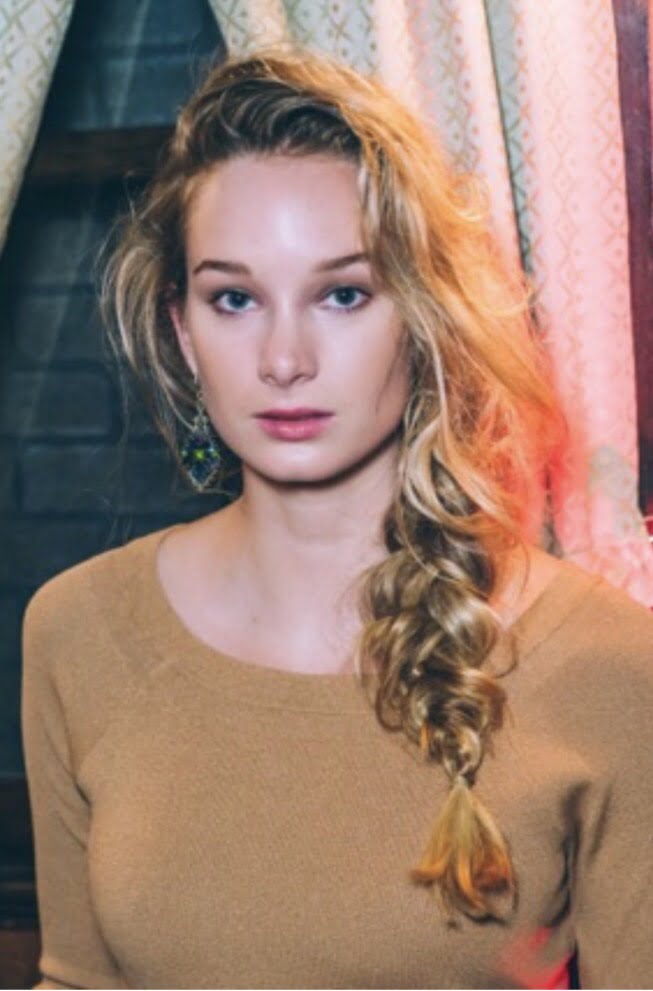 Nicole Miller took a ride on the wild side with Rodney Cutler for Cutler Salons/Redken with weathered waves for the safari-themed collection inspired by bountiful scenery and animal life. 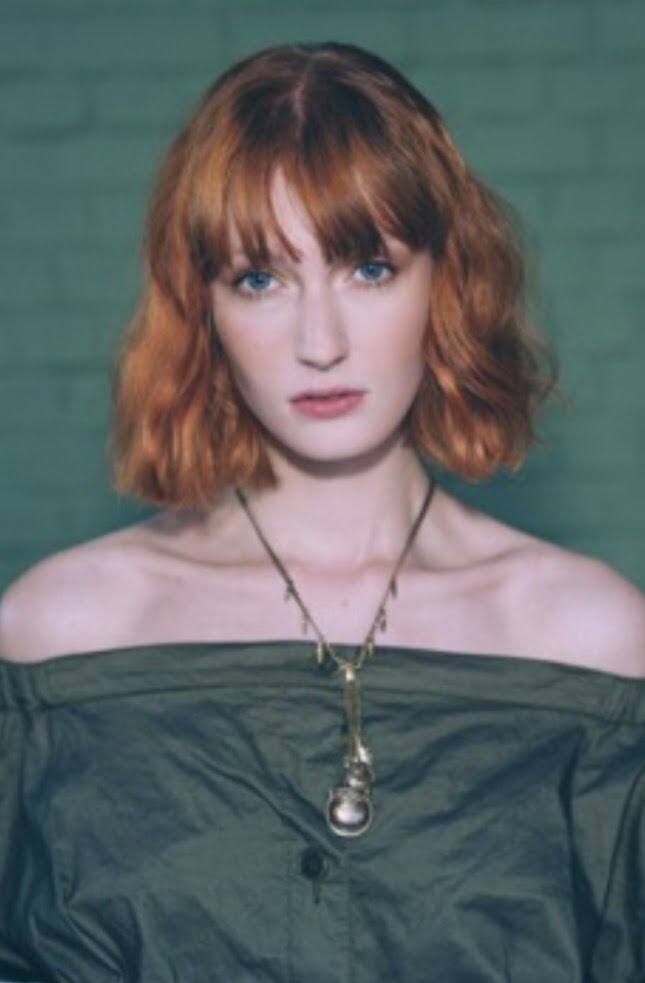 Badgley Mischka embraced the spirit of romance on the island of Capri with Peter Gray for Cutler Salons/Redken creating a playful, yet naughty knot with a textured 50’s/60’s bouffant. 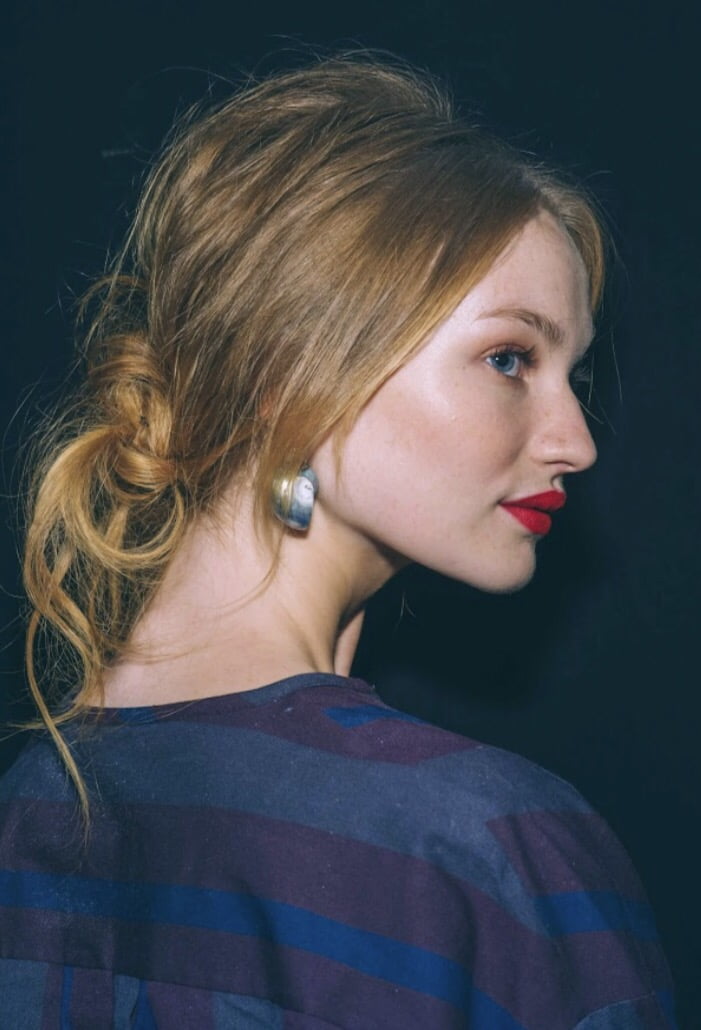 The Tenors, comprising of Victor Micallef, Clifton Murray and Fraser Walters, have received many accolades for their vocal prowess as noted by Billboard, the star of the show is the Tenors voices and tasteful arrangements, which flow liquid-smooth from tag-team lead exchanges to rich, choral harmonies. The Tenors have lent their powerful voices to each track, but also contribute to arranging, producing, writing and instrumental accompaniment. They had their inception in Canada and are JUNO Award winners who have achieved chart-topping success in Billboard and multi-platinum sales internationally. The Tenors have performed at the Olympics, The White House and Queen Elizabeth II Diamond Jubilee and have shared the stage with a host of acclaimed performers including Celine Dion, Sir Paul McCartney, Stevie Wonder and Andrea Bocelli among others. Touring extensively in Europe, Asia and North America combined with national and international TV appearances on The Today Show, Good Morning America, The Oprah Winfrey Show, CNN and BBC, has built The Tenors a devoted fan base. &#a0;They perform songs in four languages that range from popular, classical and inspirational genres.

CHRISTMAS TOGETHER is a heartfelt project for The Tenors, as performing holiday music has been a lifelong endeavor: Éc;The three of us have been performing during the holidays since we were kids ߝ from choirs to community centers, caroling around the neighborhood or belting out songs in the living room for our families.&#a0;So this album is a chance to relive those magical memories and to share them with our fans.

Visit http://TenorsMusic.com for exclusive offers and to pre-order the new album. Limited edition products include a Charmed Aroma ߢChristmas Togetherߣ scented candle with a chance to win a fly-away experience to see The Tenors live in concert during a future 2018 tour. In partnership with The Tenors, Charmed Aroma brings the element of surprise to life with the excitement of revealing expertly designed jewelry ߝ worth up to $5000 ߝ inside each thoughtfully crafted, scented candle.

2. Have Yourself A Merry Little Christmas

3. Santaߣs Wish (new lyrics and music by The Tenors)

5. When We Are Together (original song)

7. Iߣll Be Home For Christmas