Vaughn Lowery, the founder and president of the NGLCC certified, 360 MAGAZINE, has always strived for positive social change. He graduated from Cornell University. From there, he became active in modeling, acting and publishing.

A decade or more, Vaughn Lowery became notable when he appeared in Kmart’s smash commercial – Joe Boxer. It helped the retailer roughly sell US$20 million per week. By becoming an exclusive spokesperson, he appeared with Leeza Gibbons on Extra, Katie Couric on Today Show, and Jay Leno on The Tonight Show.

Years back, ABC News Primetime aired a segment chronicling his life, along with the tragic John Ritter story. Vaughn has also filmed a Super Bowl commercial, completed a high-profile Dasani Water billboard ad campaign, appeared on America’s Next Top Model, guest-starred on the comedy, Scrubs, and screened his controversial 35mm festival film, The Young & Evil, at Sundance 2009. He was also named Seventeen Magazine’s 17 Hot Guys. His hindmost project The Company We Keep boasts director Roy Campanella II along with comedic co-star Leslie Jones. At present, Vaughn wrote a short, Chasen Life, which won a writing competition. He adapted audiobook Say Uncle into a feature-length film, pitched a reality series and is in the process of architecting an immersive design experience.

As of late, Lowery has developed their inaugural 360 MAG Podcast on Audible, Apple and Spotify as well as a new NFT Animal Series on OpenSea.

In his spare time, designs e-bike bras and reconfigures their silhouettes.

Small to medium sized business often fall short due to high turnover. Vaughn Lowery, Publisher of 360 Magazine, provides listeners with first-hand knowledge on the ever-shifting world of digital publishing and content creation through a youthful lens. Likewise with his innate ability to be accessible, he speaks to working in tandem with emerging generations and how their input could be detrimental to the survival of a brand.

If Vaughn Lowery was asked what his idea of success was 10 years ago, his answer would be very different from what it is today. He may have said that success means doing what he loves to do, being accomplished, or having a certain amount of material things.

“Success to me now is having a purpose in life and feeling passionate and fulfilled by it,” says Lowery.

Lowery got his first taste of the industry while interning for Vibe Magazine while on Summer vacation from Cornell University. His sister drove him into New York City every morning to drop him off and always advised him to be the first one at the office. One morning Lowery found himself alone with the publisher of the magazine at the time, Keith Clinkscales, which gave him the opportunity to speak with him one-on-one. It was due to his sister’s advice that he got the chance to do what no other intern would normally get to do.

After finishing up at Cornell in just three years, Lowery became an executive trainee with Saks Fifth Avenue. He was able to get along with everyone in the office and was doing great when he was called into his boss’s office one afternoon.

“She told me I was in the wrong business; that I was very charismatic and should try acting,” Lowery says, “but, I liked the path I was on at that time.”

It wasn’t until Lowery was asked by someone connected to the talent industry if he was a model that he truly considered breaking into the talent industry. Shortly after taking professional photos and getting them out to agencies, Lowery ended up with Ford Models. From there he did photoshoots, tv commercials, and ad campaigns, all while still working in outside sales at Aetna US Healthcare. Once he began modelling full time his face was in the pages of GQ, Harper’s Bazaar, Vogue, and Gap. By being around people of all different positions, primarily in the magazine publishing industry, Lowery came to understand how content was produced. It was right before the recession hit while he was living in LA that Lowery made the transition from modelling to the publishing industry.

It was his experience in modelling that inspired Lowery’s creation of the 360 Magazine. While working on any given shoot, Lowery was often one of just three or less black men. Often times he was the only black man on a set which drew his attention to the lack of representation in the media industry. Lowery’s goal for the 360 Magazine was that it would fill this niche and promote diversity across the publishing world, specifically the covers of its magazines.

For those wanting to work in the media industry, specifically in the publishing world, Lowery suggests starting from the ground up.

“Being self taught and learning as you go is something you need to be open to,” says Lowery, “Ask tons of questions, and learn everything you can from every position.”

Lowery warns that it’s important to be open and cordial to everyone, because you don’t know when your paths will cross again. Making connections and using them is how most people gain opportunities. He also adds that just by hanging out with people you’ll always learn something that you can apply to aspects of your work.

Things in the industry have been changing and becoming more digitally focused since the beginning of 360 Magazine’s launch. The magazine was started during a time of e-zines, so it’s not a surprise that the website came first. Lowery had experience with creating websites from a young age so the move from print to digital was natural for him. It was clear to him where the industry was going.

“Print was getting costly, bookstores were looking dilapidated and even Barnes and Noble was focusing on their version of the tablet, the Nook,” says Lowery, “All the magazines were looking alike anyway.”

Print was still important though. Besides the fact that advertising agencies want to see a physical copy of a magazine before working with them, print is taken more seriously due to its cost. Other companies will be aware that a certain magazine has the funds to support itself if they have a print copy to show for it.

360 Magazine printed their first issue in 2009, but it was costly. Lowery began thinking that there had to be some other way to work with print. It was then that he decided to do print on demand publications. 360 Magazine linked with Blurb, which allowed anyone to order a print copy of the magazine right from our website. They’ve been distributing to them for 9 years now.

The magazine’s estimated circulation, which is based on print, is 110,000 from print on demand. This number doesn’t tend to move much, but most people end up reading 360 Magazine’s online articles through WordPress.

When asked what makes a media contributor most marketable, Lowery says that in this industry you need a social following and the ability to network. Being accessible and having a portfolio of published work is a great place to start as well.

“Do it all,” Lowery says, “monetize, write, take photos, be on time, and take initiatives.”

The hardest thing about the industry in Lowery’s opinion is breaking into it and surviving on freelance jobs along the way. Writers should be prepared to sacrifice mentally, physically and financially. While working for a publication, Lowery says that writers need to do what they can to become a valuable asset to them. That way, a publication will be more likely to keep you on board and help you in the future.

As for internship positions at 360 Magazine, Lowery aims to teach interns everything that he didn’t learn. He’s assigns articles for interns to write, pushes them to network, has them do coverage and teaches them how to get published or to self-publish.

“We teach interns how to be resourceful and find themselves in the organization,” says Lowery.

When asked what goals he has for the future of 360 Magazine, Lowery responded that he aims to keep it three dimensional with podcasts and web series.

“I want to be able to put the brand out to different countries and places in America,” says Lowery, Local presences would strengthen us.”

He also says that he’s interested in the possibility of a reality spin off or docu-series, as well as introducing more formal programs for educational purposes. 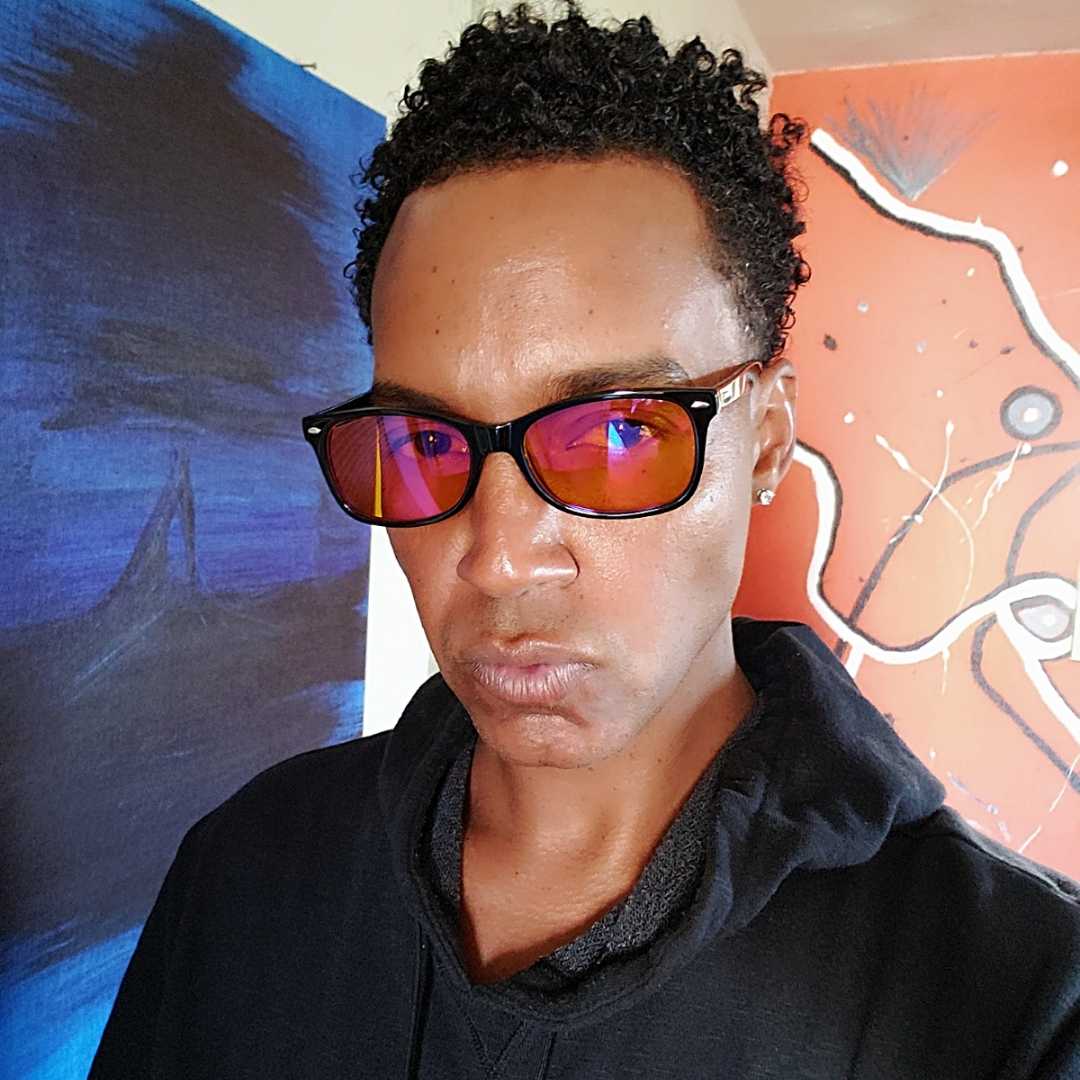