The call to action by American citizens during this year has made us all rethink how we view American history. Protestors have demanded the nation target injustice and fix the systems that promote the unequal treatment of African Americans. The African American Cultural Heritage Action Fund was founded at a similar time of crisis, after the 2017 rally in Charlottesville, Virginia, that led to the creation of a national preservation campaign meant to uplift and honor the Black American experience.

“The AACHAF was created out of the recognition that we in the field of preservation needed to do more,” said Brent Leggs, executive director of the African American Cultural Heritage Action Fund. “We realized that the American story we often tell repeatedly negates the transformative contributions of African Americans, whose capability, intellect, and creativity were and still are invaluable to the building of this nation. The Trust decided then and there to create the Action Fund as a way to help fill in those gaps. We realized that preservation of historic sites, where African Americans changed the American landscape, could be one way our nation comes to understand the need to create a more fair and just society. We saw a more inclusive approach to historic preservation as one step on the long road to heal the divisions between us.”

Through its African American Cultural Heritage Action Fund, the Trust is investing more than $1.6 million in grants to 27 sites and organizations across 22 states and the District of Columbia. Thanks to our partnership and a generous grant provided by The Andrew W. Mellon Foundation, we are funding communities to protect, restore, and interpret African American historic sites and uncover hidden narratives of the African American contribution to the American story.

“The Action Fund plays a crucial role in elevating Black voices and stories in our national dialogue about arts and culture, and in expanding our collective knowledge and understanding of African-American history,” remarked Mellon Foundation President Elizabeth Alexander. “We are thrilled that the 2020 Action Fund grants will continue to provide transformative support to Black cultural organizations and heritage sites throughout the country.

Leggs underscored the importance of this work, noting, “The recipients of this funding exemplify centuries of African American resilience, activism, and achievement, some known and some yet untold, which tell the complex story of American history in the United States.  Over the past two years, the Action Fund has funded 65 historic African American places and invested more than $4.3 million to help preserve landscapes and buildings imbued with Black cultural heritage. With urgency and intention, the nation must value the link between architecture and racial justice and should fund these and other cultural assets to ensure their protection and preservation.”

Grants are given across four categories: capacity building, project planning, capital, and programming and interpretation. The list of all 27 grantees and a short blurb about each is attached.  A link to a fuller web version of the list can be accessed HERE.

The African American Cultural Heritage Action Fund is a multi-year initiative led by the National Trust for Historic Preservation to make an important and lasting contribution to our cultural landscape by elevating the stories and places of African American resilience, activism, and achievement.

Bravo Media is spicing up Sunday nights when “The Real Housewives of Atlanta” returns for an unforgettable eleventh season on Sunday, November 4 at 8pm ET/PT. Favorite Southern sophisticates Cynthia Bailey, Kandi Burruss, NeNe Leakes and Porsha Williams are all back and will be joined by newest housewives Eva Marcille and Shamari DeVoe. Marlo Hampton and Tanya Sam join the season as friends. For a sneak peek at this season, visit http://www.bravotv.com/the-real-housewives-of-atlanta/season-11/videos/your-first-look-at-the-real-housewives-of-atlanta

Fresh off her stand-up comedy tour, NeNe is busier than ever with the opening of a new location for Swagg Boutique. Business as usual comes to a halt however, as Gregg faces a cancer diagnosis. Cynthia struggles with the idea of becoming an empty nester, but is excited about the new man in her life. Kandi decides to launch a risqué burlesque show while she and Todd explore the idea of expanding their family yet again. Porsha is over-the-moon excited to welcome her first bundle of joy and finally have the family of her dreams. Meanwhile, Eva and her fiancé Michael welcome a beautiful baby boy and are busy planning a fairytale wedding. Shamari DeVoe, known from the multi-platinum R&B group Blaque, is new to the mix and is planning to launch new music with her husband Ronnie DeVoe, formerly of New Edition. Marlo Hampton is back on the scene, joined by newcomer Tanya Sam, a tech savvy business woman who enjoys the finer things in life.

About Bravo Media:
Bravo Media is the premier lifestyle and entertainment brand that drives cultural conversation around its high-quality, interactive original content across all platforms. The network has a diverse slate of original programming that includes scripted series “Girlfriends’ Guide to Divorce” and the recently announced anthology series “Dirty John,” along with unscripted favorites such as Emmy Award-winning “Top Chef,” “Vanderpump Rules,” “Below Deck,” “Southern Charm,” and the popular “Million Dollar Listing” and “The Real Housewives” franchises. Bravo also boasts the only live late-night talk show on television with the critically acclaimed “Watch What Happens Live with Andy Cohen,” which has become a nightly destination for A-list celebrities. Available in 87 million homes, Bravo is a program service of NBCUniversal Cable Entertainment, a division of NBCUniversal, one of the world’s leading media and entertainment companies in the development, production, and marketing of entertainment, news, and information to a global audience. Watch Bravo anywhere: on demand, online, or across mobile and connected TVs. Bravo has been an NBCUniversal cable network since December 2002 and first launched in December 1980.

Cariocas and tourists who use the Rio de Janeiro transportation systems daily are now able to enjoy cultural performances at the stations and inside the trains, subways and ferry boats. The performances, that help people kill time during the trips, are now approved. That is determined by an act approved by the state legislators, sanctioned by state governor Luiz Fernando Pezão and published in the Official Gazette on September 26th. In the coming days, the Department of Transportation, which regulates the concession holders that control the transport modals, will announce the regulation of the act.

The time approved for the performances will be from 6am to 11pm on weekdays and from 7am to 11pm on Saturdays, Sundays and holidays. The act states that the performer cannot charge the users of the public transports, who may spontaneously donate during the performances. Based on the wording, it will be up to the concession holders that provide these services to create a registry of interested persons to perform. However, the only purpose of this registry is to organize the time for the performances, though they are not allowed to prevent unregistered people from performing.

Currently, the subway concession holder is the only one keeping a cultural program in their stations, although they do not allow performances inside the wagons. According to MetrôRio, the Palco Carioca project allocates spaces in three stations – Carioca, Siqueira Campos and Maria da Graça – for musical performances on weekdays, from noon to 8pm. Registration to participate in the project is free and may be made online at www.metrorio.com.br/Cultura/PalcoCarioca.

If you haven’t heard of Maggie Rogers yet..it’s about time you seriously do.

Produced by Grammy-award winning producer, Greg Kurstin, Rogers’ new upbeat song exhibits a soft touch of romance as it is aground by darkness and defensiveness.

Kurstin has previously worked with Adele, Sia, Foo Fighters and many others so it’s to no surprise that his help with Rogers’ “Give A Little” is such a success already.

Ever since Rogers released her first album The Echo back in 2012, her talent in the music industry has evolved and blossomed into something more beautiful every time. This change is evident throughout her music over the course of years as she gains an even larger fan base during the process.

Interested in seeing where Rogers will be showing? She will be the headline for two sold out shows at Koko in London which takes place the 29th and 30th of August, following her performances at the U.K.’s Reading and Leeds Festival at the BBC Radio 1 Stage.

Pilgrimage Music & Cultural Festival is yet another event where Rogers’ will be performing at which takes place on the 22nd and 23rd of September.

Did you think that was the last of Maggie Rogers’ appearance this year? Think not! She will also perform as a co-headline at All Things Go Fall Classic which is one of Washington D.C.’s LARGEST signature festivals. By her side on October 6th is also LPX (Lizzy Plapinger).

A fan of hers already? We knew you would. You can all her tour dates right here –RSVP fast!

As for her “Give A Little” song, stay tuned in the next upcoming weeks for her official music video! 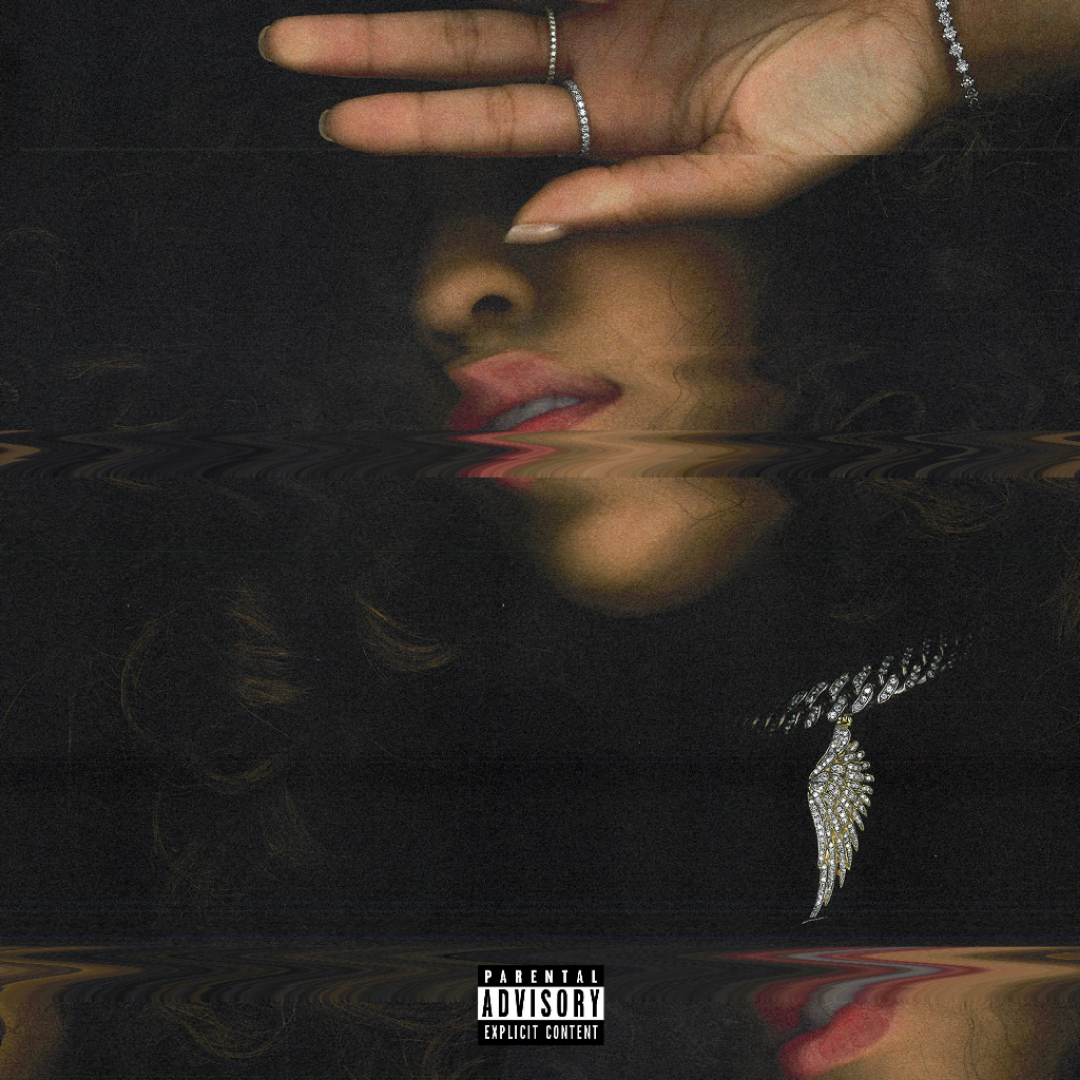