The Hispano Suiza Carmen has made its global dynamic debut on the streets of Barcelona, its home city. Cruising the famous city streets and coastal roads, the fully-electric hyperlux grand tourer was piloted by a selection of drivers, including Sergio Martinez Campos, the brand’s CEO and Lluc Martí, Technical Director of Carmen.

With less than a year until customer deliveries begin in June 2020, the Carmen’s debut saw it glide past a selection of Barcelona’s architectural and design landmarks including Gaudi’s La Sagrada Familia, the Museu Nacional d’Art de Catalunya, and the modern and imposing Agbar Tower. The drive included an exclusive opportunity for customers to see and experience the car in motion as part of the tour that also took in some of Barcelona’s most exclusive hotels.

Since the global premiere of the Carmen at the Geneva Motor Show, the development team has worked on a comprehensive testing and refinement programme. The car now has an entirely new suspension system, alongside a series of weight-reduction and rigidity enhancements. The chassis development also includes crash structure optimisation with extensive use of carbon fibre enhancing performance, while shedding weight.

Miguel Suqué Mateu, Hispano Suiza President, said: “We are extremely proud of our long heritage, which dates back to our beginnings on the streets of Barcelona in 1904. This legacy and the style icons of our home city made it easy to decide where the Carmen should make its global dynamic debut.”

The next stage of the Carmen’s journey intensifies vehicle speed and dynamism to realise the car’s full – 1,019 PS – potential. The hyperlux grand tourer will first conduct a series of on-road tests in the north of Catalonia, before moving to the world-famous Ascari racing circuit for high-speed testing and handling development.

Hispano Suiza’s headquarters, technical centre, and manufacturing facility are all in Barcelona – a city intertwined with the brand’s proud Spanish spirit and strong family legacy. Owned by the fourth generation of the Suqué Mateu family, Hispano Suiza built more than 12,000 luxury performance cars and 50,000 aeroplane engines between 1904 and 1946.

Today, the Carmen hyperlux grand tourer is designed, developed and manufactured in Barcelona. The handcrafted Carmen is based on a super-stiff, hand-laid carbon fibre monocoque, which provides the foundation for the car’s exceptional luxury, comfort, and attention to detail.

Development and build of the Carmen and its custom-designed electric powertrain is led by the company’s production partner, QEV Technologies. Also based in Barcelona, the team of highly-skilled engineers at QEV Technologies boasts experience across design, engineering, R&D and production for Formula E teams, supercar brands and mainstream car manufacturers.

Margot, a Mediterranean infused restaurant composed of various seating and dine-in areas with 360 degree views of West LA, in Culver City is a diamond in the rough. The rooftop (indoor and outdoor seated venue) nests at the top of the PLATFORM (a boutique shopping experience with fashion/pop-ups, wellness and bites) and borders tons of retail, commercial and a new hotel soon erupting. The speedy Expo line train can be seen swiftly running east to west while you sip and/or dine outside and mimics the likes of some of the more prestigious eateries within Brooklyn’s Dumbo area. Similar to the train, rumors have quickly traveled throughout the city that Amazon will begin developing a new location nearby.

‘Hot like fire’ understates the atmosphere at night as the outside appears to be torched with tons of heat lamps in tow. With fresh farm-to-fork ingredients and handmade pastas (try the spaghetti), this place is a soon to be staple within the LA area. The menu constantly changes for an all-inclusive dining experience, including those with strict plant-based diets. Great for romantic dates, celebratory moments and family gatherings on ‘Sunday Funday’ largely due to their tapas as well as fresh raw seafood bar. Talk about delectable oysters. Step foot inside to find every inch of this establishment scream social media engagement wall. Note murals and tapestries all aligned in tune with a modernistic and contemporary ambiance. Service is extremely courteous, helpful and hospitable. And if that’s not enough to keep you coming back, the handcrafted cocktails will. Try their refreshening grapefruit gin and juice or a fruity frosé – worth every penny. It’s about time Culver City got what it deserved – a casual dining experience with budding professionals who seek something edgy, youthful and tasty.

Boost your metabolism before you eat, as SoulCycle is located on the second floor right underneath Margot. Or, after a zesty salad and sandwich at Margot, you may want to head down to the first level to the cozy ice cream shop with a menu of small-batch flavors, Van Leeuwen Ice Cream. 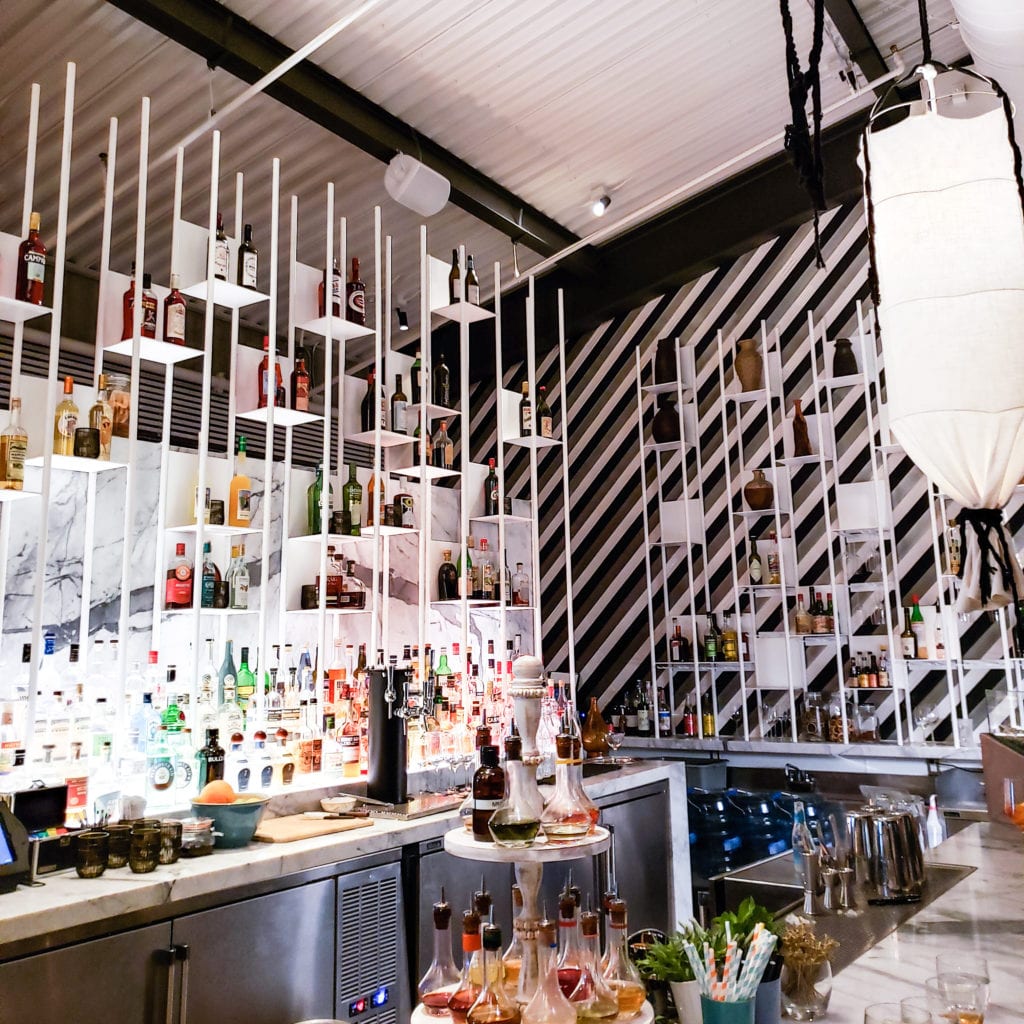 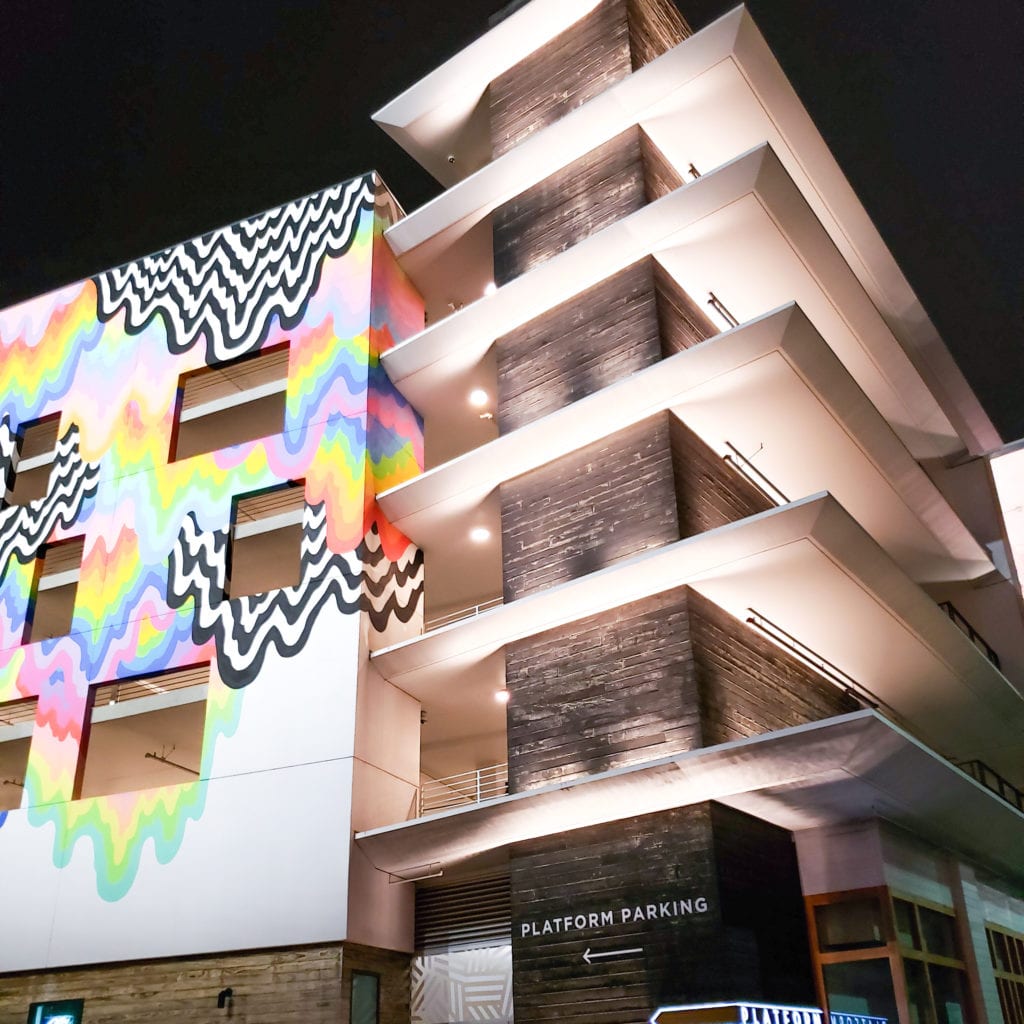 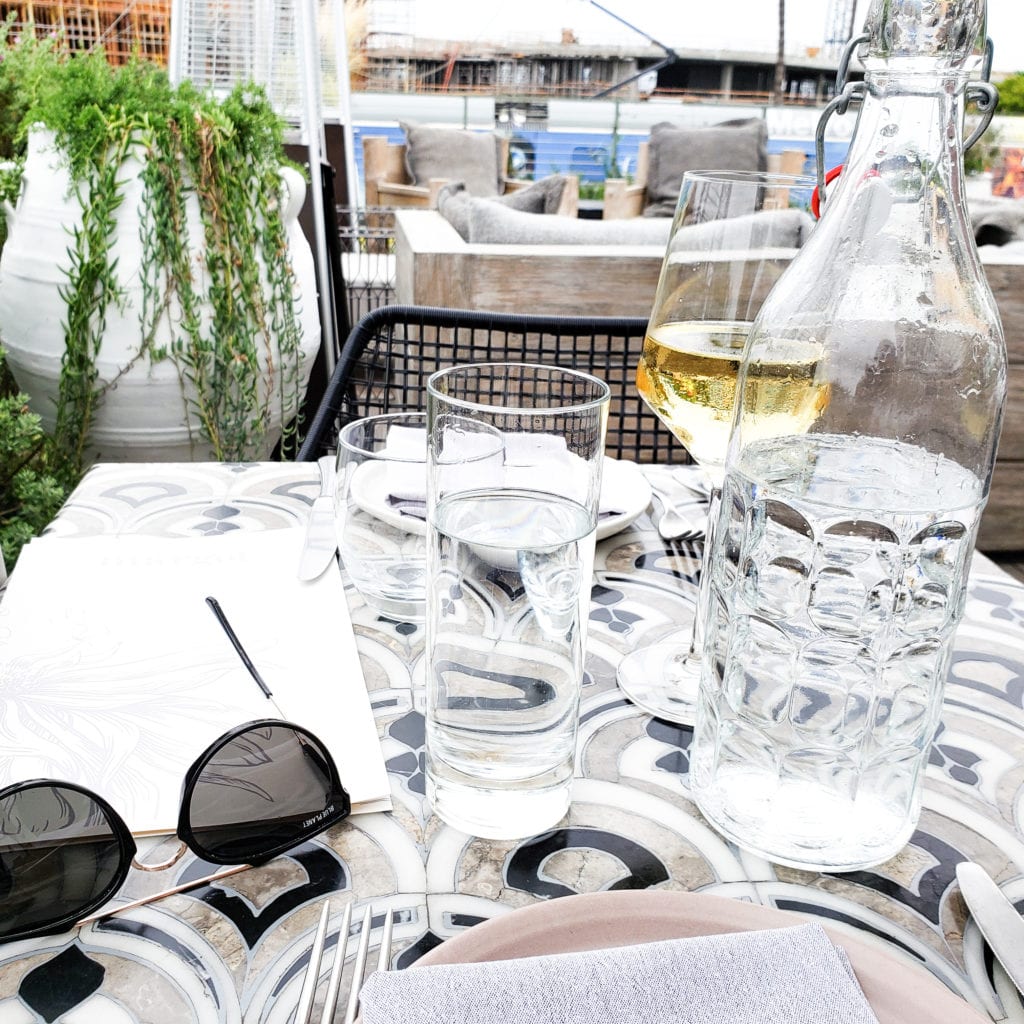 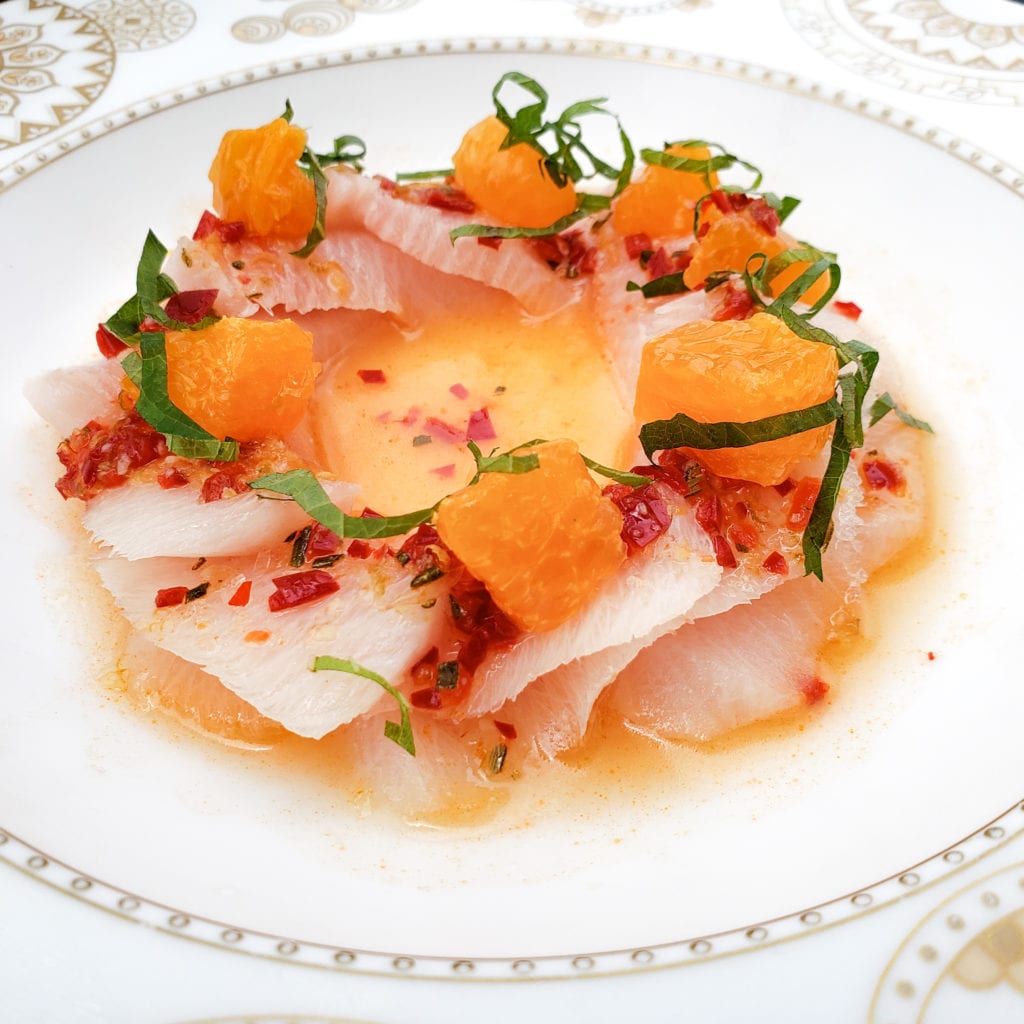 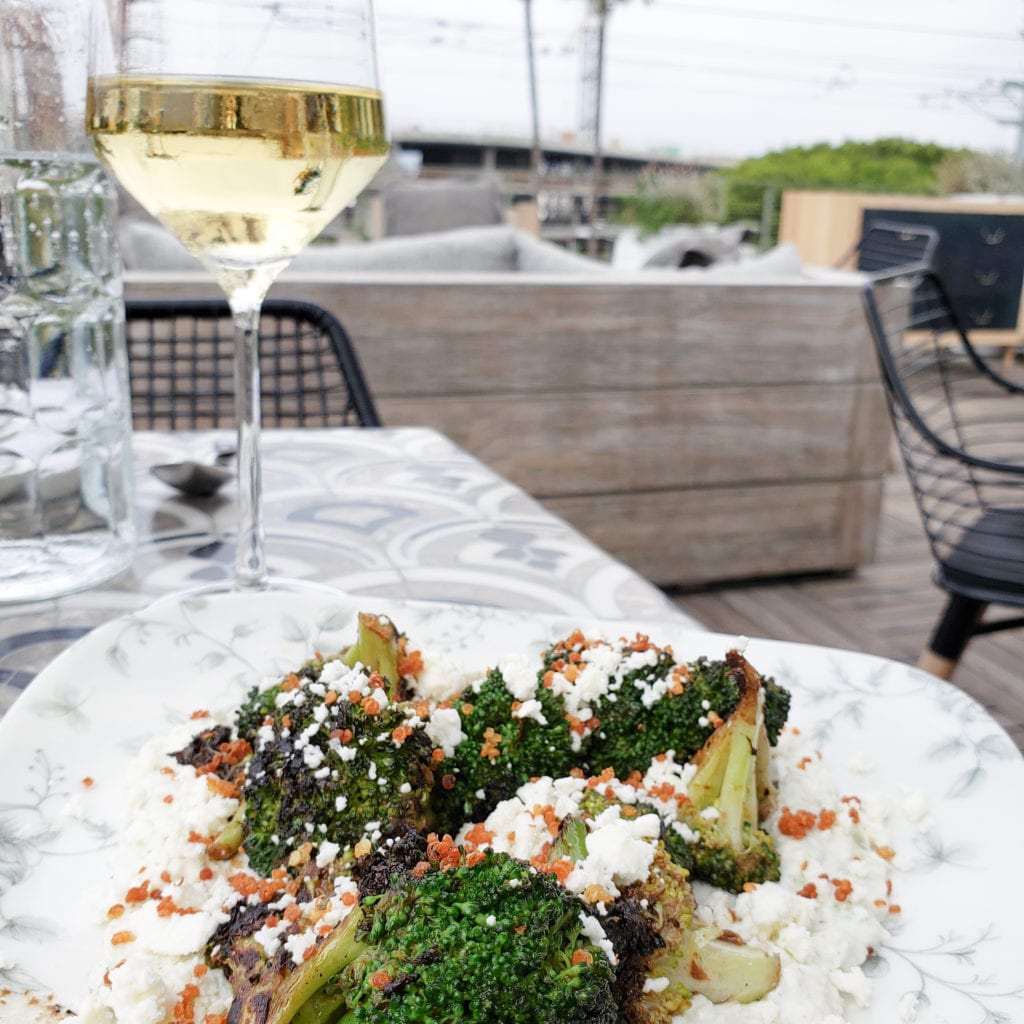 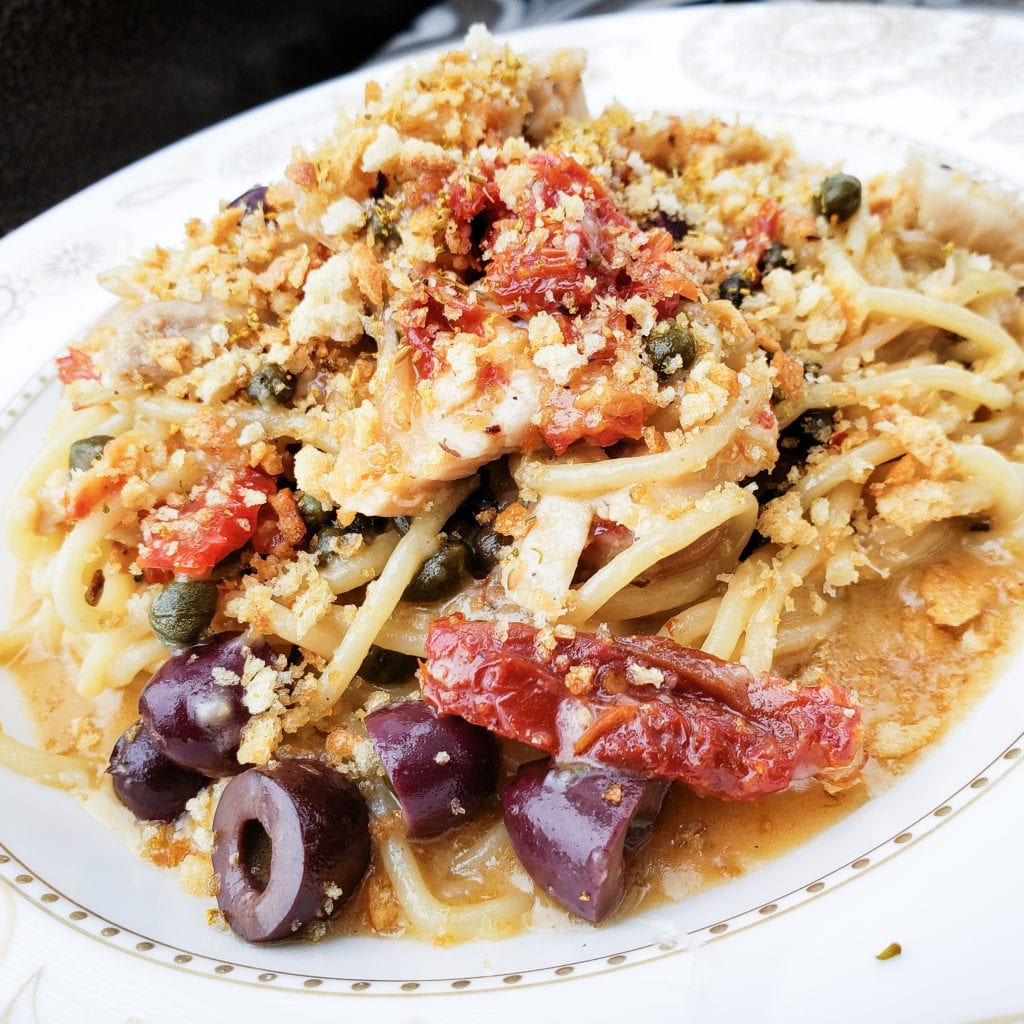 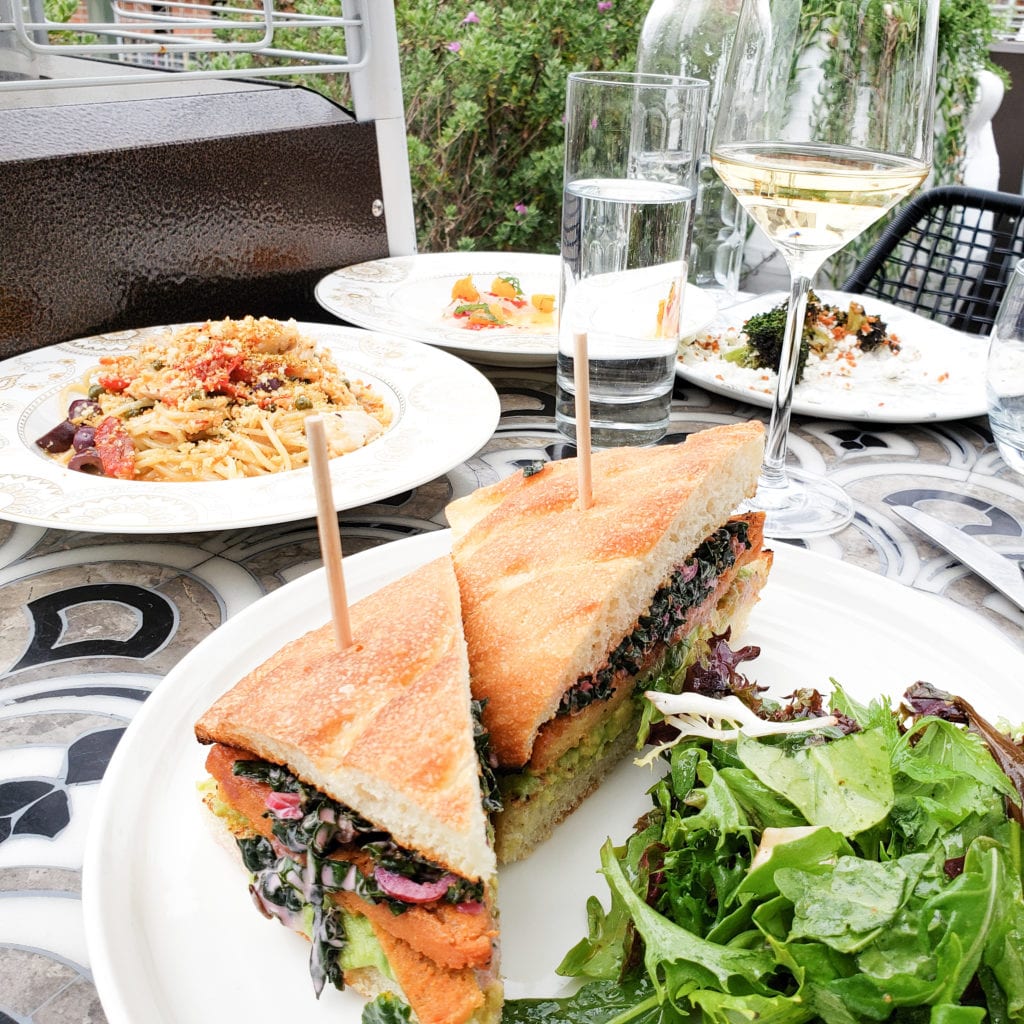 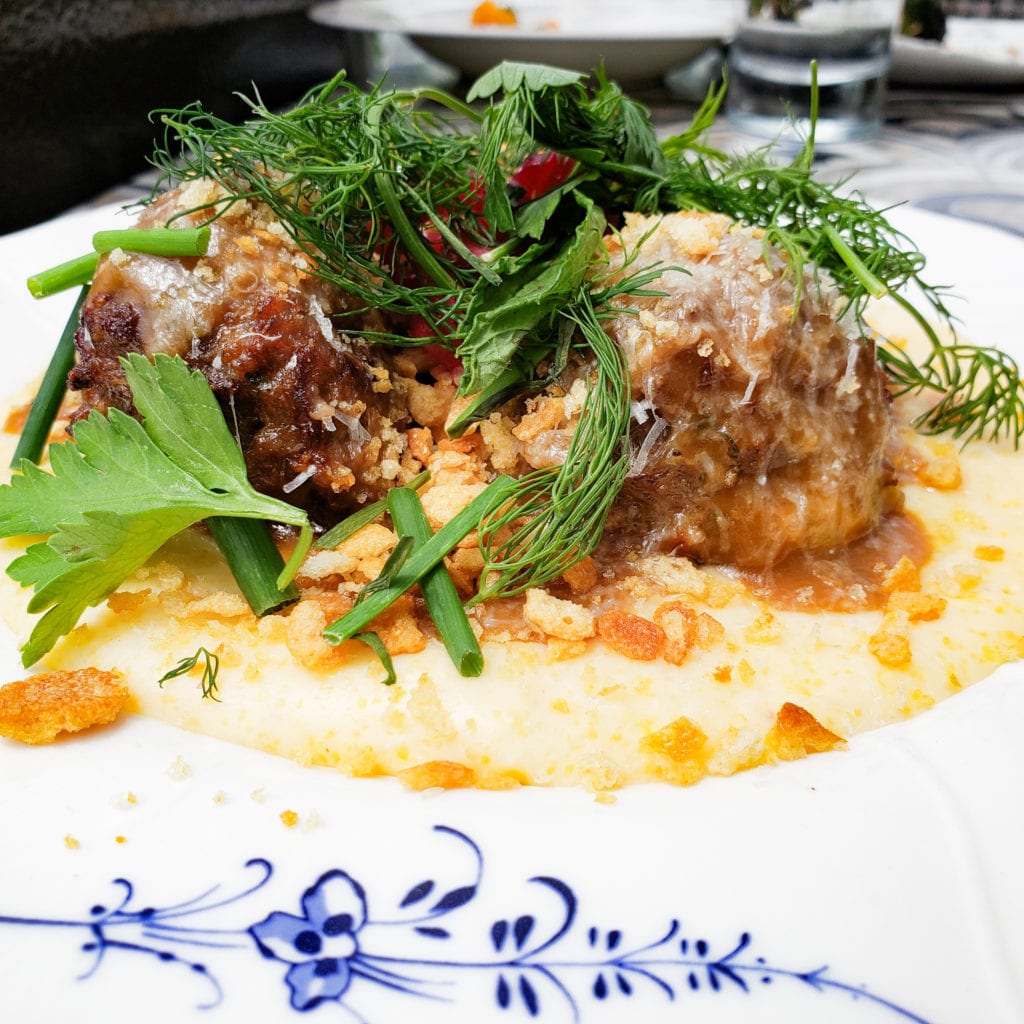 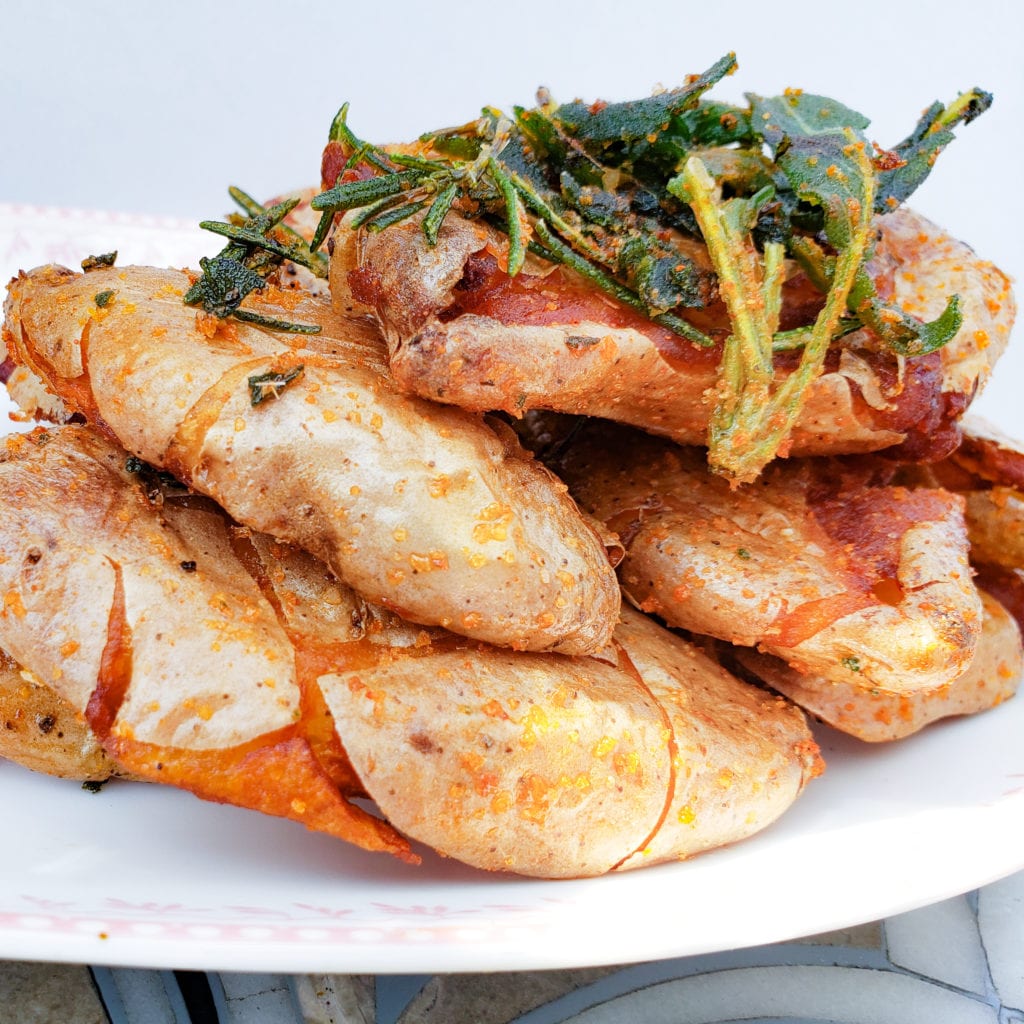 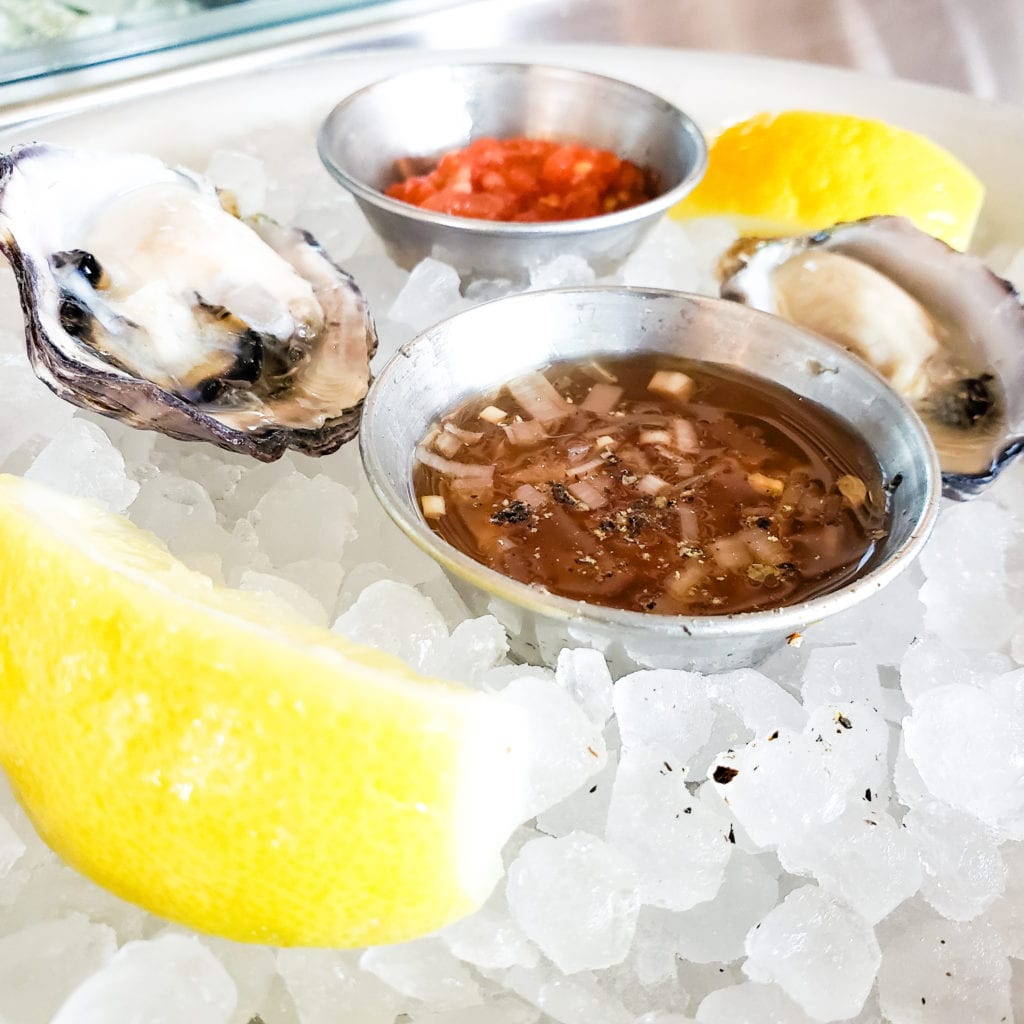 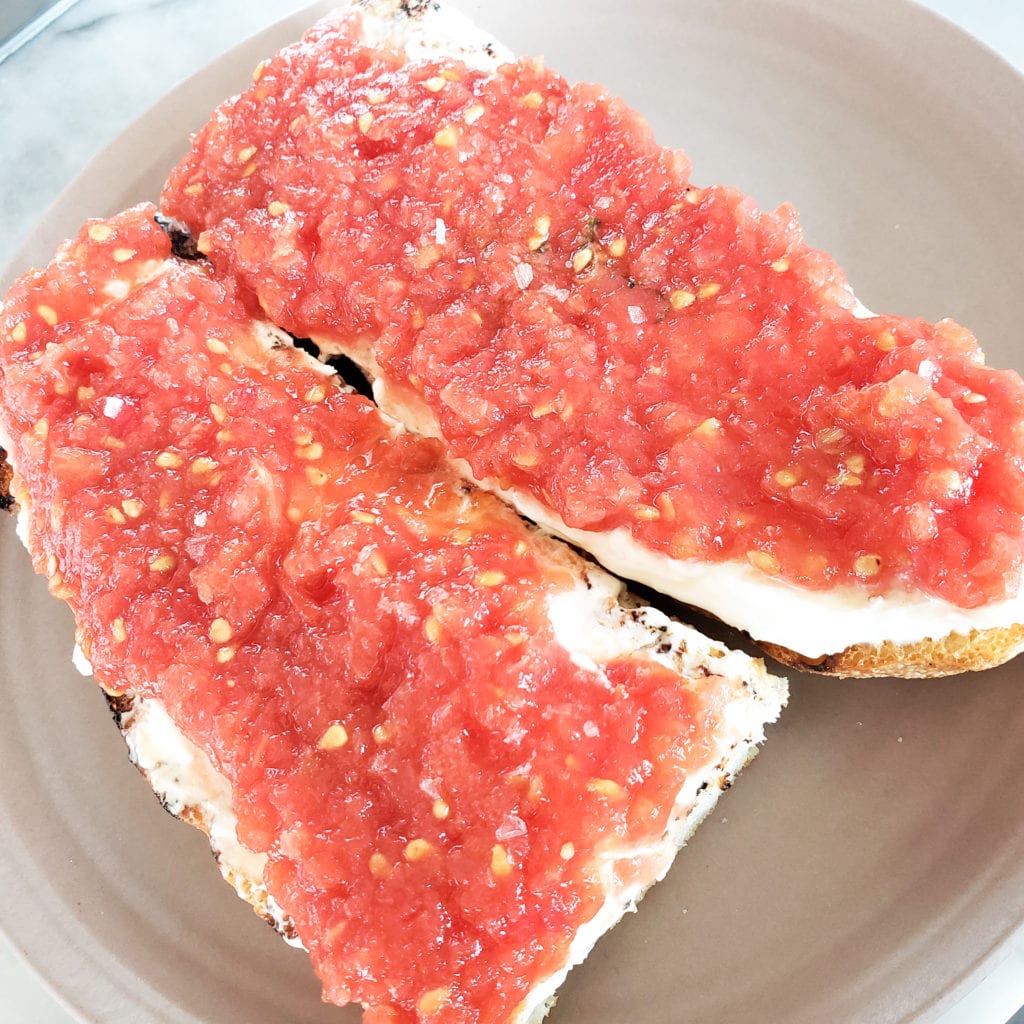 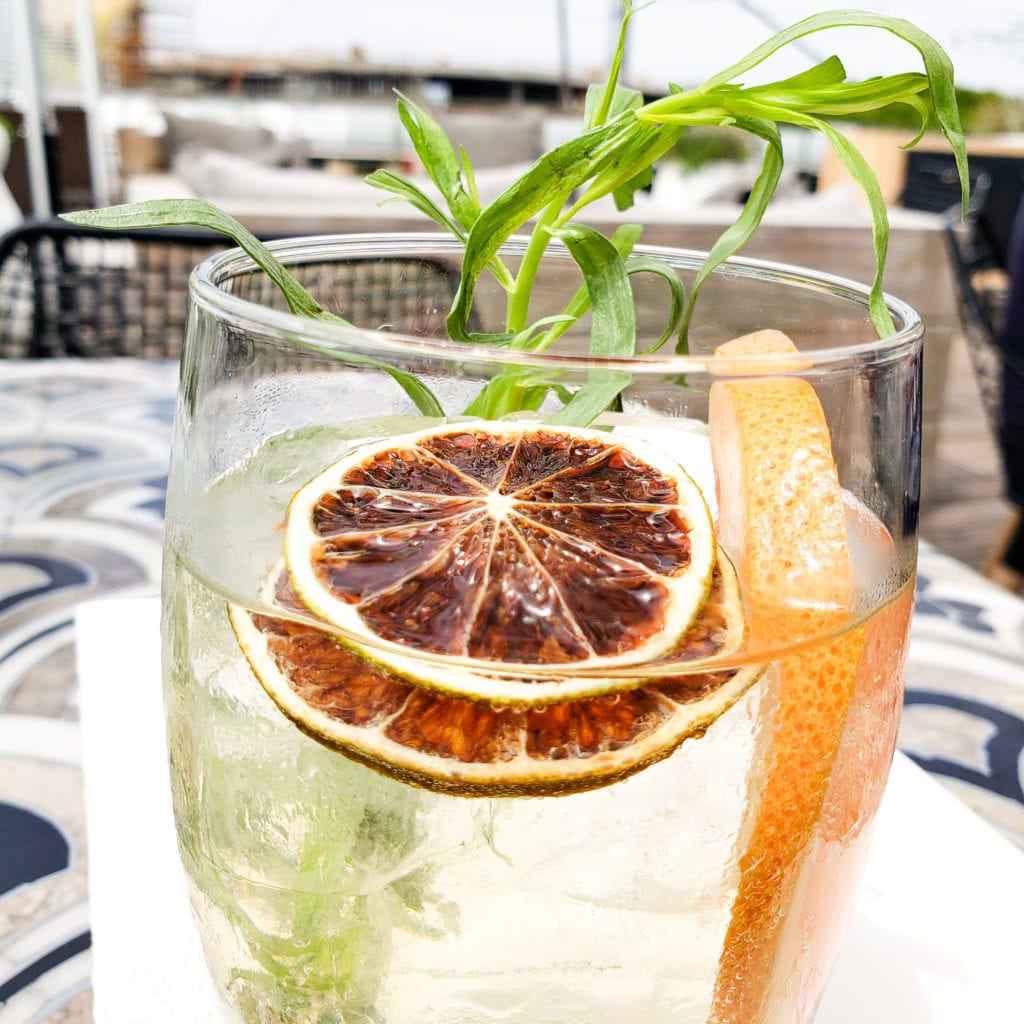 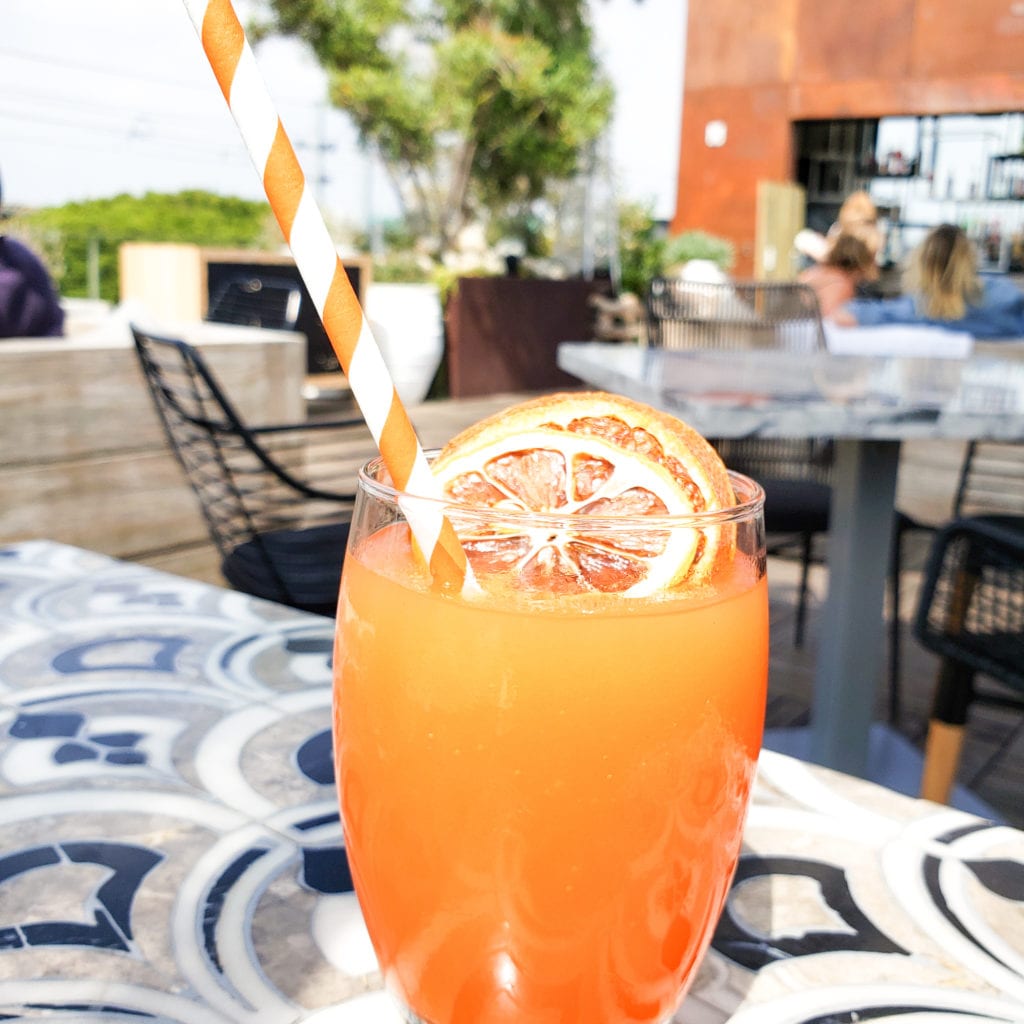 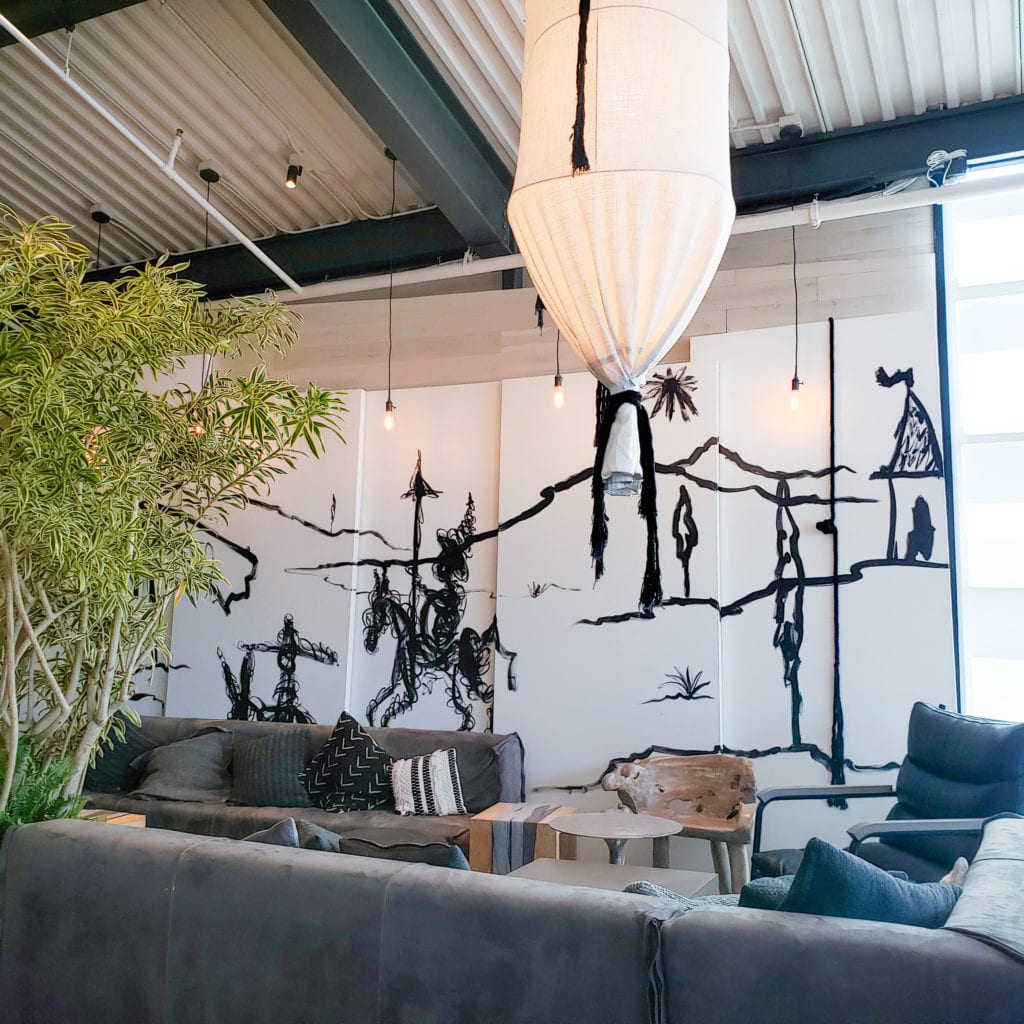 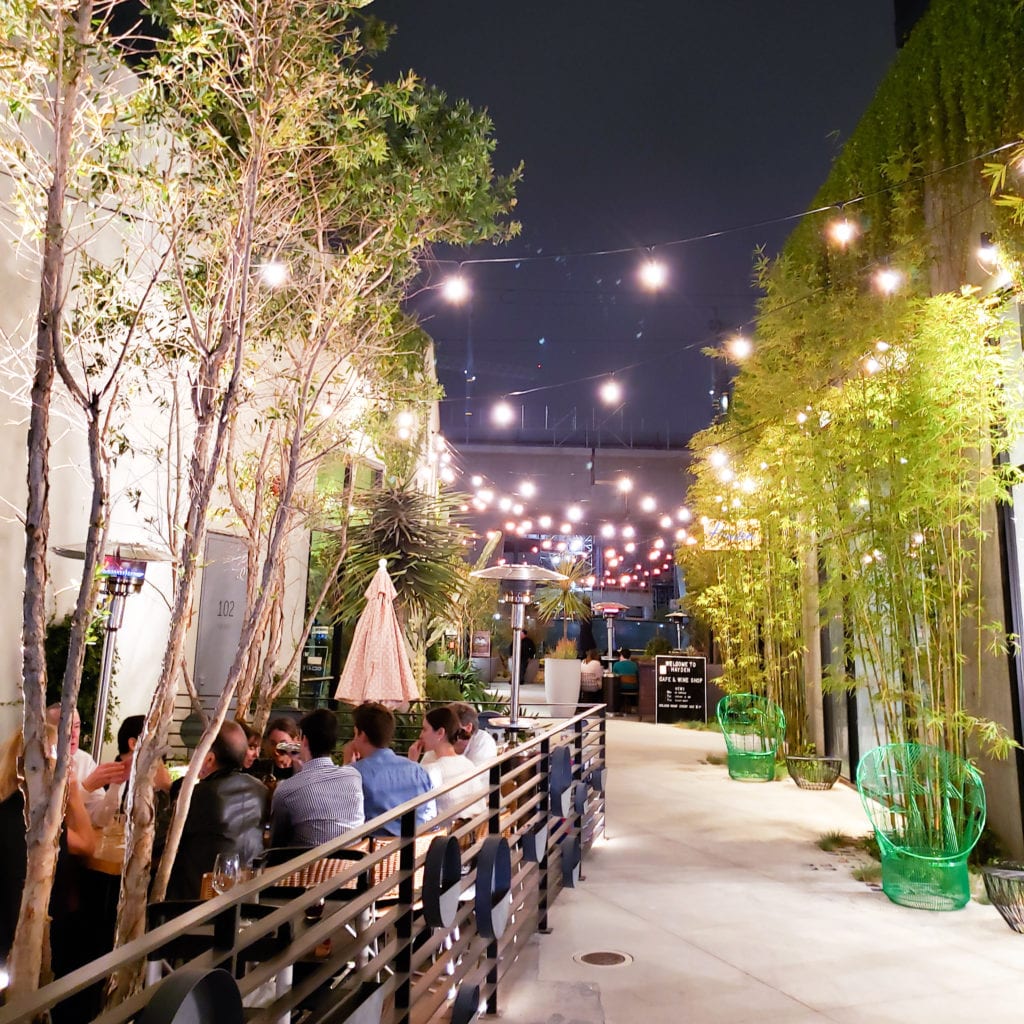 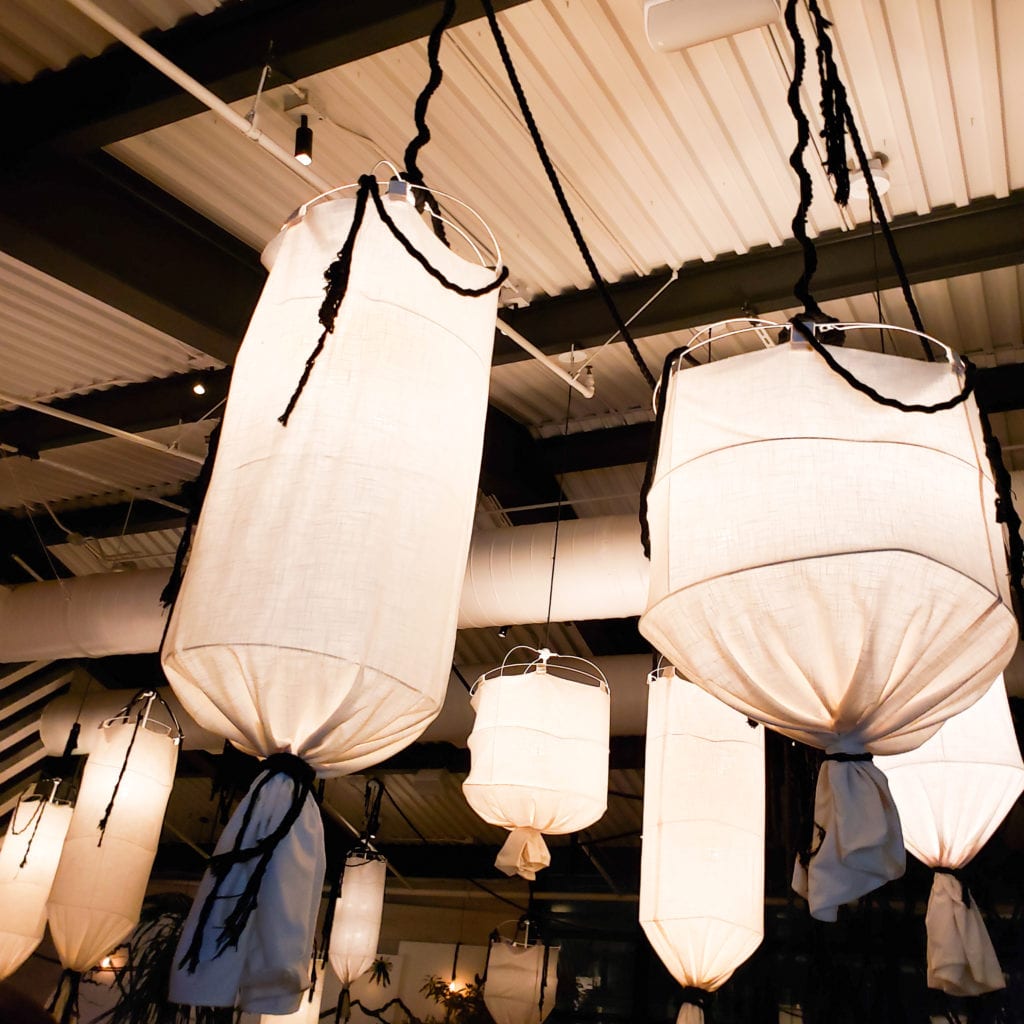 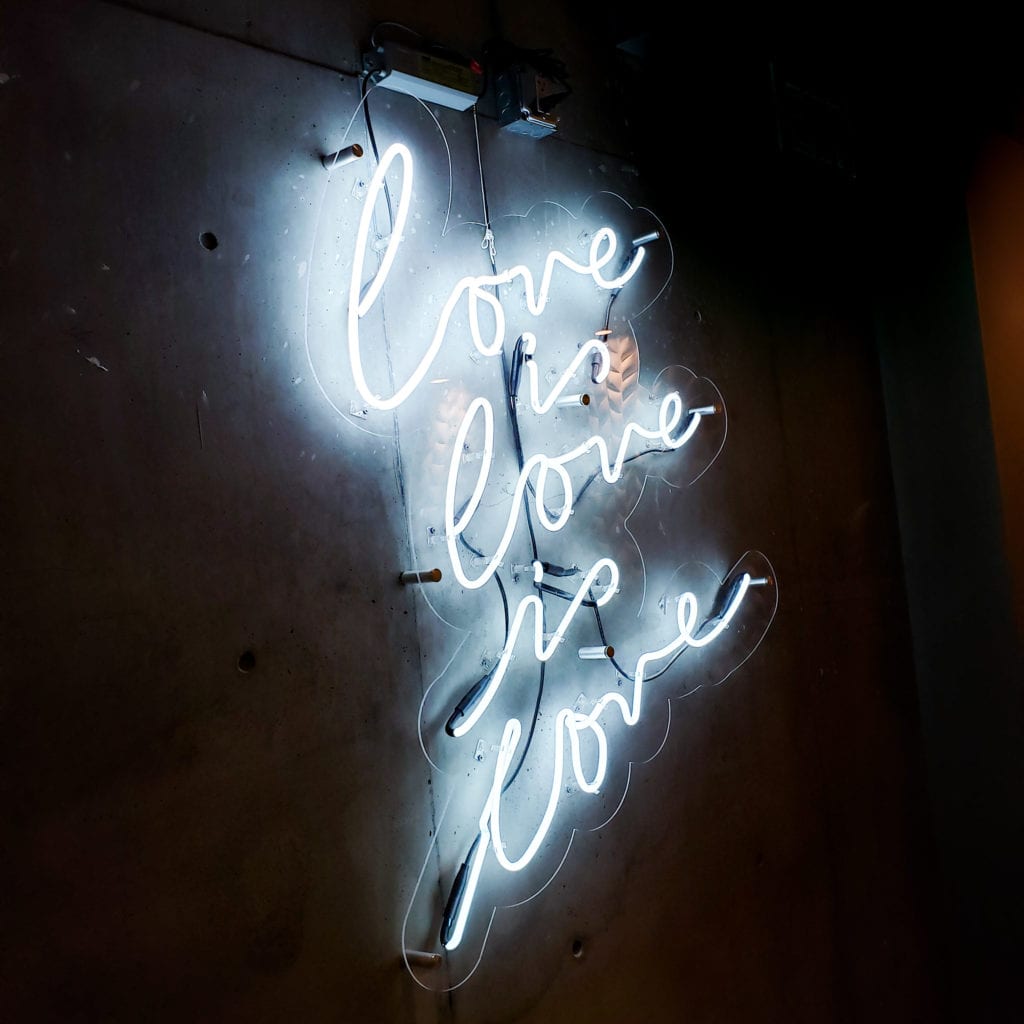 Get it HERE via LAVA/Republic Records.

An unpredictable anthem teetering between manic energy and cathartic falsetto, the track invites listeners into the artist’s handcrafted sonic world. Produced and performed by Konrad, “The Long Way Out” hinges on an airy beat, haunting vocals, and a seesawing chant—“We take the long way out.”

On the track Konrad noted: “The Long Way Out is a journey through the act of letting go, and how romanticized it can be throughout the grieving process. Unable to accept the changes within ourselves, or the changes in another person, as we reach for a connection that no longer exists. I wrote this song to acknowledge and work through this within myself. I want this song to be a beacon of light for anyone who is looking for the same liberation I sought after.”

This is just the beginning for Konrad. He’s set to unveil more music throughout 2019 in addition to launching his first proper tour.

Born and raised in Abbotsford, BC Canada, Konrad devoted his entire life to crafting music. Growing up in a house where creativity would be encouraged at every turn, he spent countless hours writing songs and producing. Following stints in the studio and on the road with other artists, he locked himself away in the studio and commenced work on what would become his forthcoming debut. With nothing more than a few songs on his private SoundCloud link, he caught the attention of LAVA founder Jason Flom who signed him on the spot upon listening to his music, because of the downright mind-blowing songcraft. The best way to describe the music would be Thom Yorke translating Christopher Nolan’s Memento into songs, and even that only scratches the surface.

Alex Thaler is the national brand ambassador for Chivas Regal. Alex focuses on building relationships with distributors, partnered accounts and consumers on a daily basis, offering information, culture, education as well as the history of the Chivas Regal family.

Alex believes in passion, keeping it real and believing in your brand. He believes there is a proper Scotch for every occasion. He has worked within the hospitality industry for over a decade. Alex truly enjoys traveling, he has taken the journey to Scotland on many occasions and has had the opportunity to work and learn the Scotch World from master distiller’s such as Colin Scott.

Alex covers all markets within the United States – influencing, educating and increasing the awareness of the Chivas Regal brand. Born and Raised in New York City, Alex’s new homebase is in Miami. When Alex is not enjoying scotch, he enjoys cycling, strength training and flying his drone.

Alex is a graduate of Syracuse University with a Bachelor’s of Science in Communication & Rhetorical Studies. 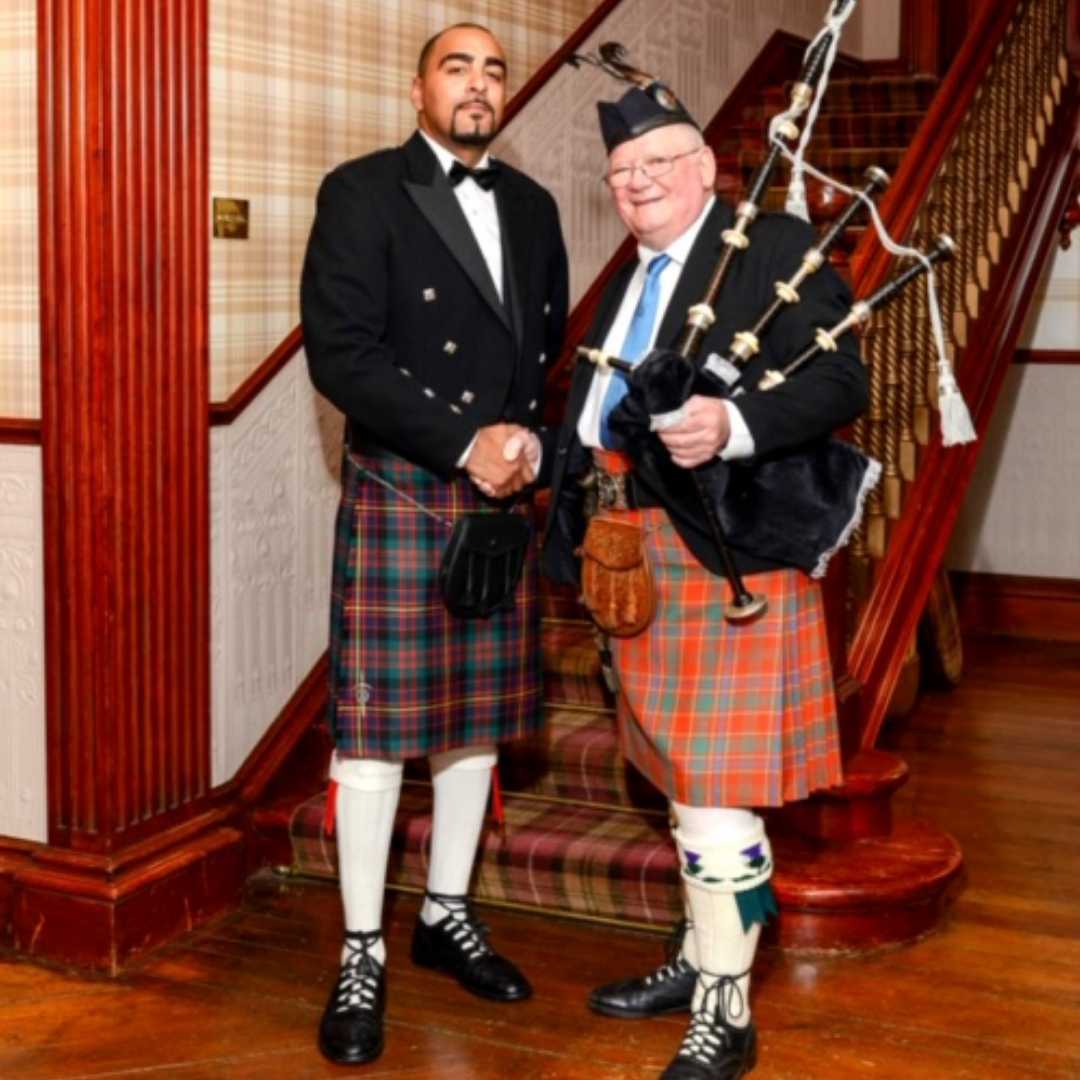 With a successful expansion into sneakers this past Spring, Eredità is continuing to offer casual, seasonal options for FW18.

Some of Eredità’s favorites are back for fall, including the Abrusco, Francesco, and Pascale. the Corvina is the brand’s newest addition for Fall/Winter 2018 a high-top, leather sneaker in a classic black, and also available for custom color selection.

Eredità’s Shoes’ products are handcrafted across Italy by family-run factories. With decades of experience and knowledge that has been passed down generation, the dedication to perfection is unparalleled. Cobblers from regions across Italy spend hours handcrafting every pair of Eredità Shoes for each individual customer.

Eredità Shoes are made to order and hand-dyed, giving you unique individualization from one pair to the next.

The Lady Freelancer by Raymond Weil 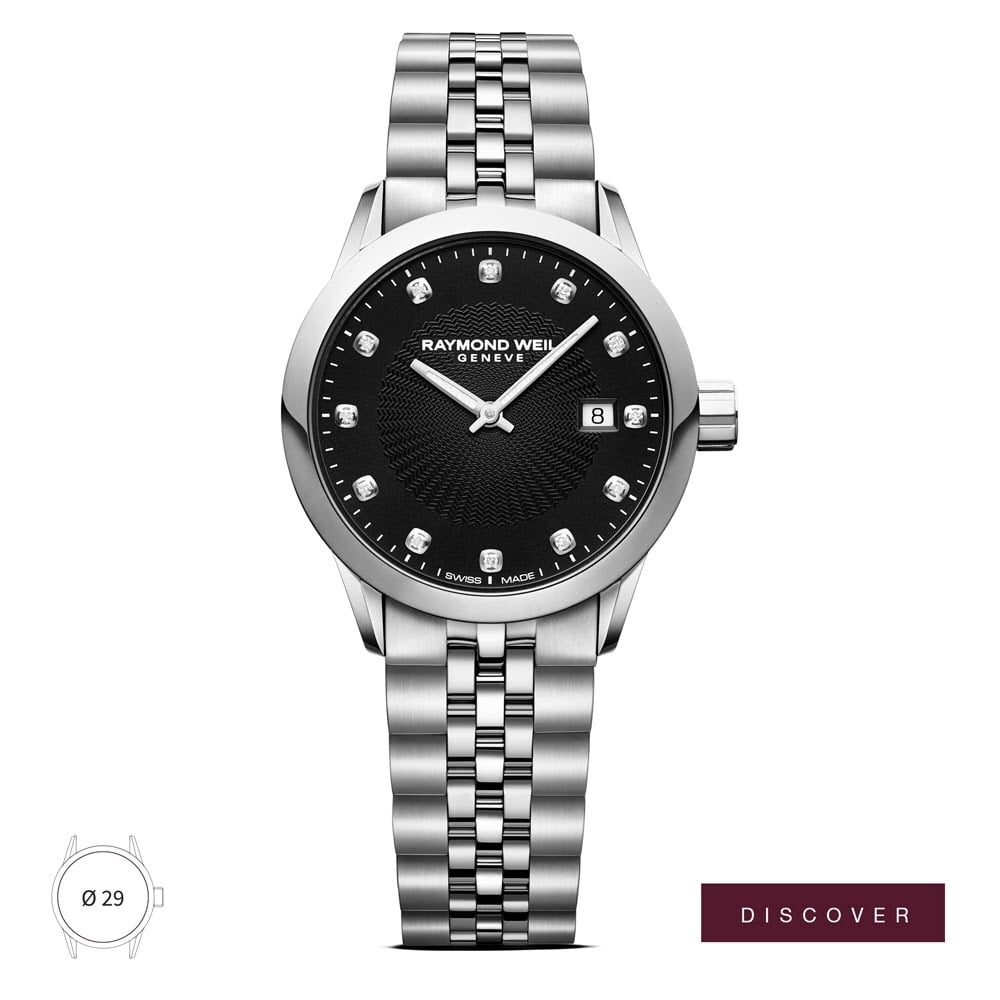 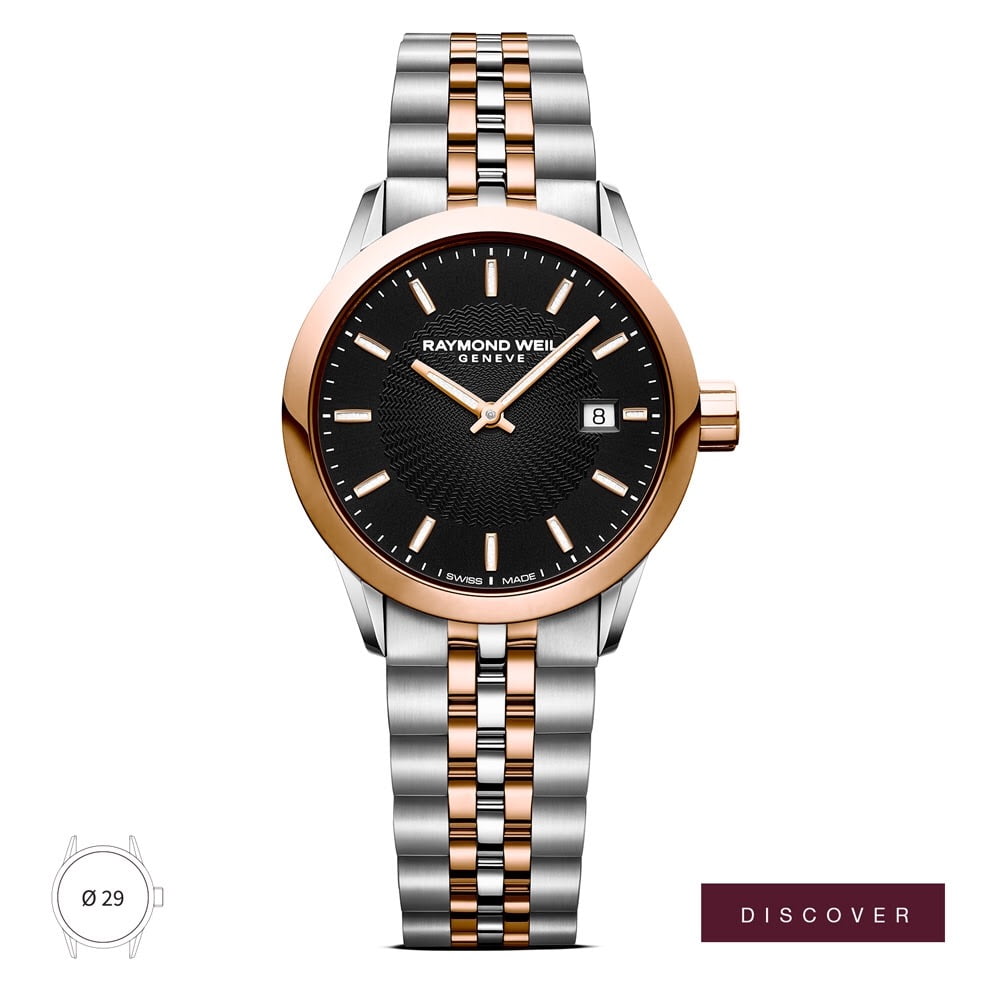 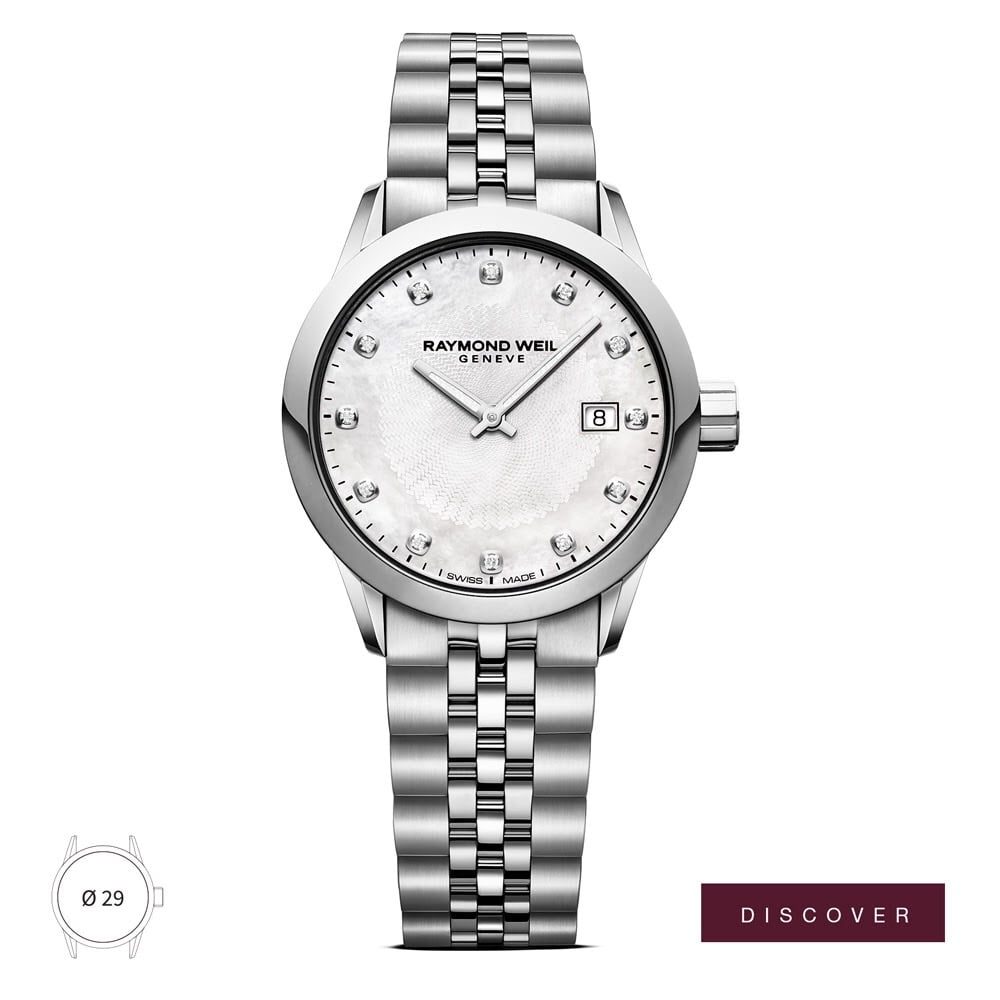 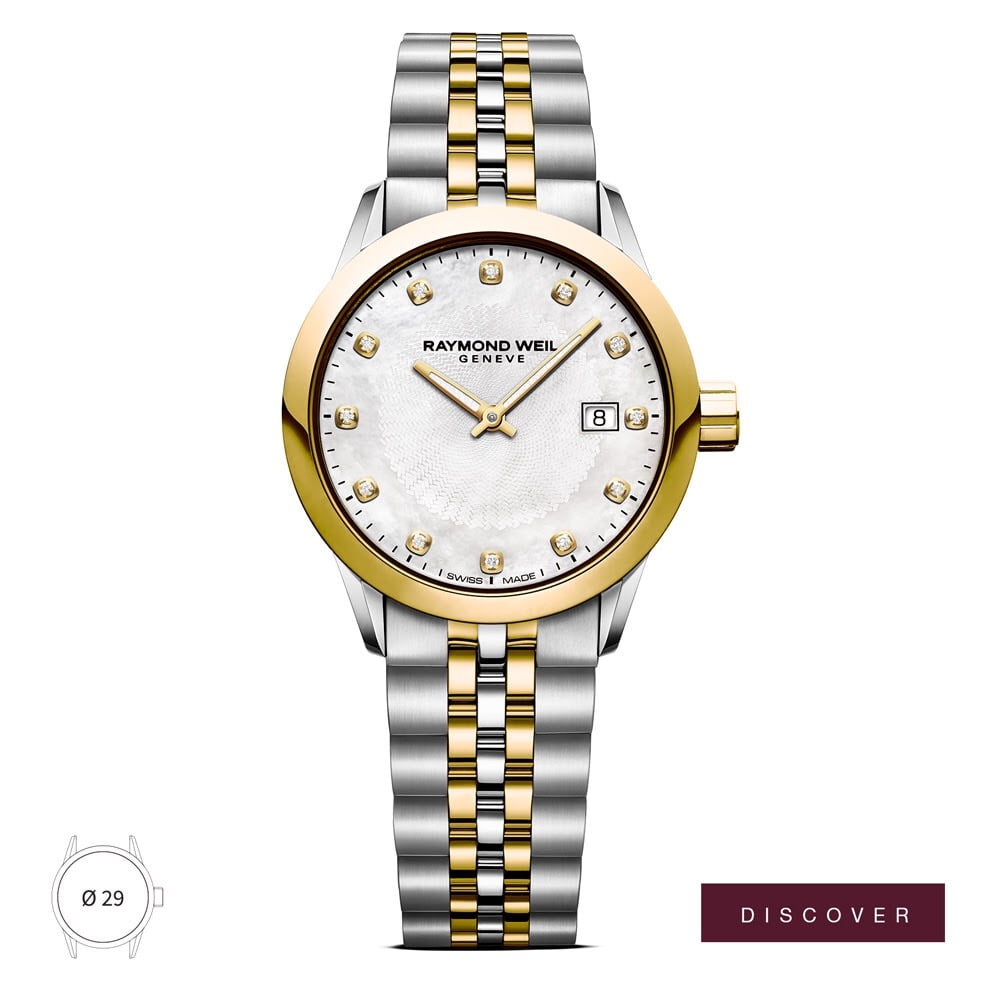 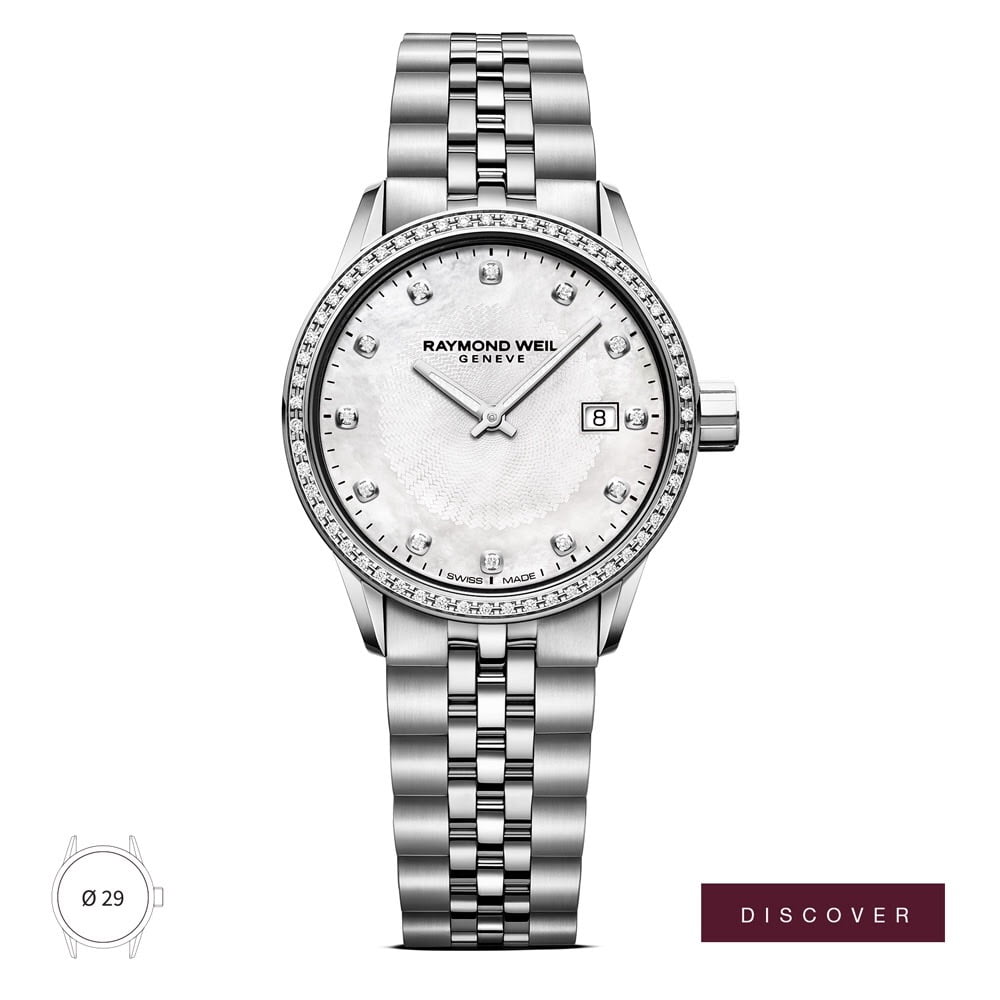 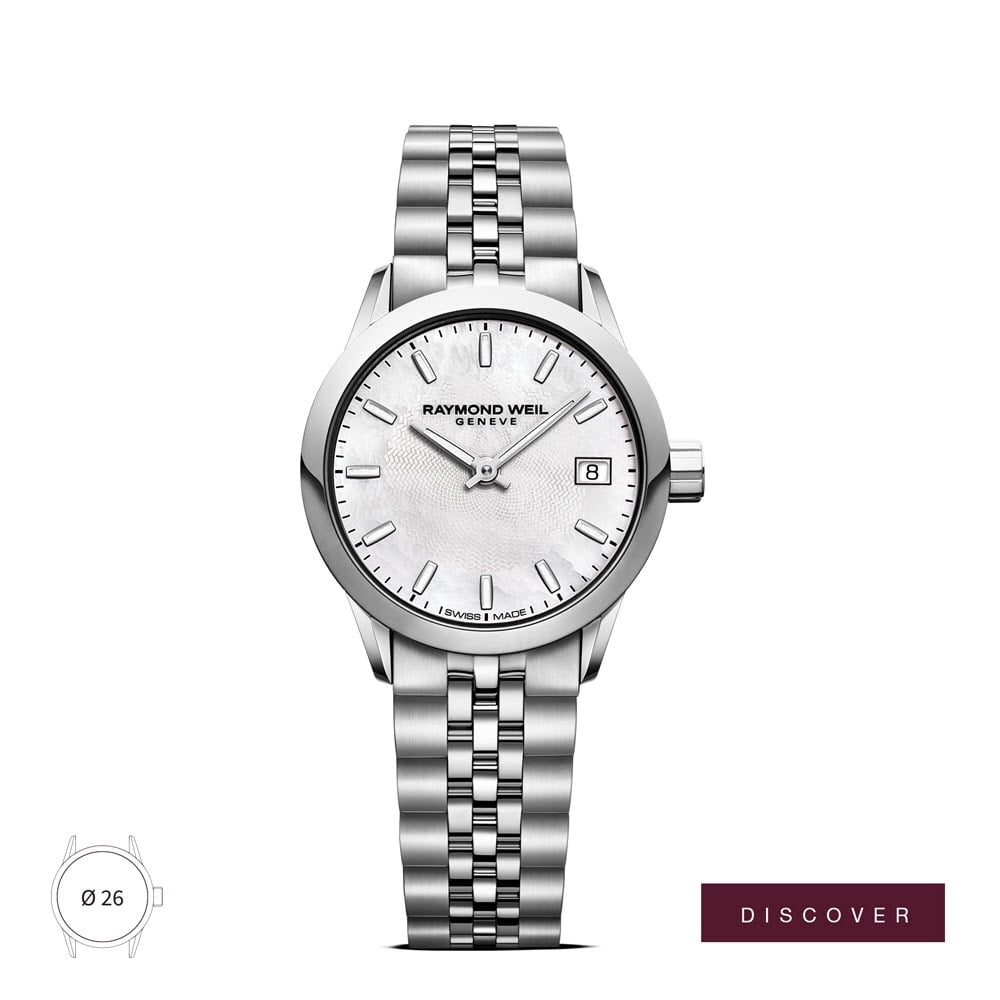 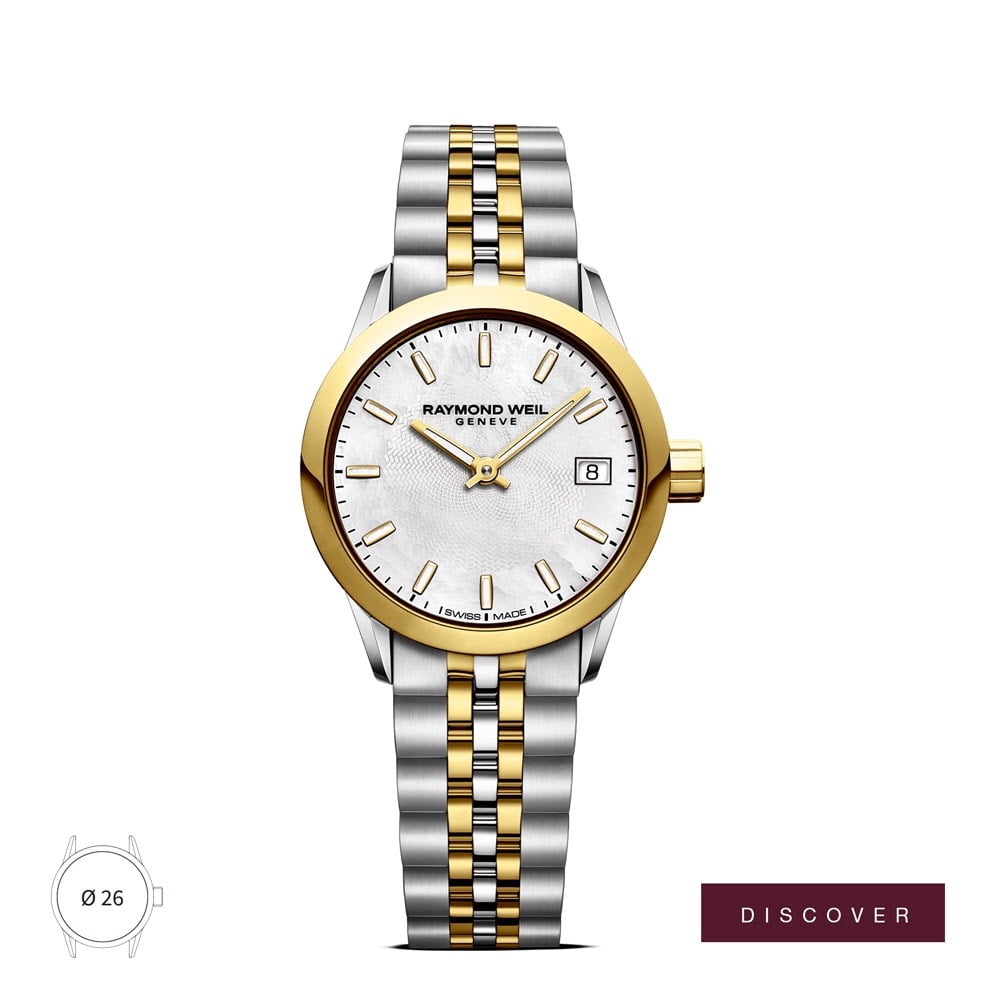