Some celebrities and business leaders are using their voice to share their stories, educating people about both visible and invisible disabilities. They are defying the statistics and have remained highly successful with their disabilities. These role models make a big difference in setting high expectations for youth with disabilities. RespectAbility will be sharing content throughout this month – and throughout the entire year – highlighting additional African Americans with disabilities, including some personal pieces from our own team members.

Maya Angelou had selective mutism, an anxiety disorder that causes a child to not speak due to physical and psychological trauma they endured. In the five-year span that she experienced this, her listening, observing and memorizing skills improved and her love of books expanded. This helped her later when she began working in becoming successful in her career.

Halle Berry: Living with Disability While Taking a Stand against Domestic Violence

At the height of her career, Missy Elliott experienced a dramatic and dangerous weight loss; she was diagnosed with Graves’ disease, which attacks the thyroid.

The first Deafblind person to graduate from law school, Haben Girma stated that removing barriers for herself helped in her journey to becoming a disability advocate. Her disability advocacy is not restricted to education; she also uses the media to decrease the stigma in the community.

Reading scripts and writing books as often as Goldberg does was hard at first with her dyslexia. Like she did in elementary school, Goldberg found it easiest to have someone read to her so she could memorize the lines for her scripts. For her books, she dictates instead of writing before sitting down with an editor to adjust the language.

Diana Elizabeth Jordan, actress, writer, producer and director, is an important figure in the conversation about the inclusivity or lack thereof of people with disabilities in Hollywood. She found a way to get into and around Hollywood, with the help of her faith and self-confidence.

When it comes to the traditional expectations of a pop star in Hollywood, Solange Knowles shatters the glass ceiling as a woman of color who also happens to be diagnosed with a disability that affects 10 percent of the U.S. population: ADHD. Knowles has been outspoken about her ADHD, educating people about her disability.

Jenifer Lewis resisted the diagnosis at first and refused to take medication until a self-described nervous breakdown left her convulsing in sobs, a hostage to her untreated neurochemistry. A quarter-century later, she is thriving and happy because, as she says, she “does the work.”

DRØME is excited to announce the cover star of the third annual issue of DRØME’s print magazine is actor Ashton Sanders. The issue will become available on Thursday, October 25th, 2018.

An in depth interview accompanies each editorial spread — typically conducted by DRØME Co-Creative Director’s Satchel Lee and Gorman – highlighting each artist’s creative journey, subtly exploring their experience with the concept of fantasy.

“Ashton Sanders was an obvious choice for the cover of DRØME’s third print issue. His poise and quiet intensity pull those around him in closer. He follows his gut and makes his fantasies a reality, and does so with grace and a true understanding of who he is and who he strives to be.” – Satchel Lee, DRØME Co- Creative Director

“Through its theme, ‘Fantasy’, DRØME Volume III explores the power of imagination and its ability to transcend our physical realm through creative thought.” – Caroline D’Arcy Gorman, DRØME founder and Co-Creative Director

DRØME Volume III retails for $25 USD and will be available at select retail partners including McNally Jackson, Bluestockings, Casa Magazines, Mulberry Iconic, and Bouwerie Iconic in New York City, Arcana Books on the Arts in Los Angeles, MagCulture in London and via the DRØME website, www.wearedrome.com 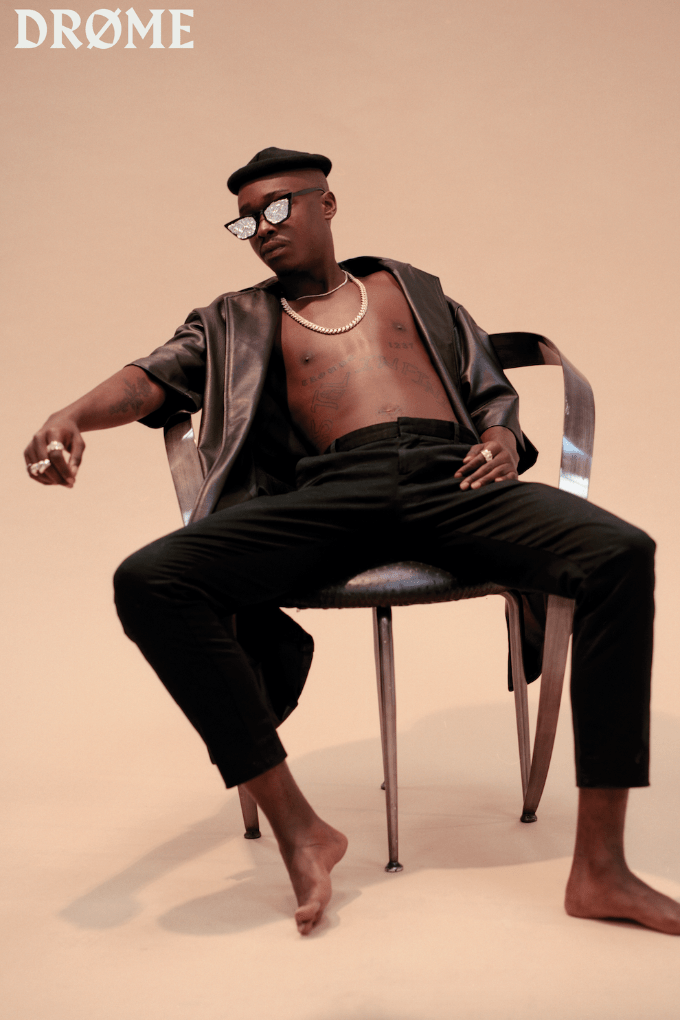 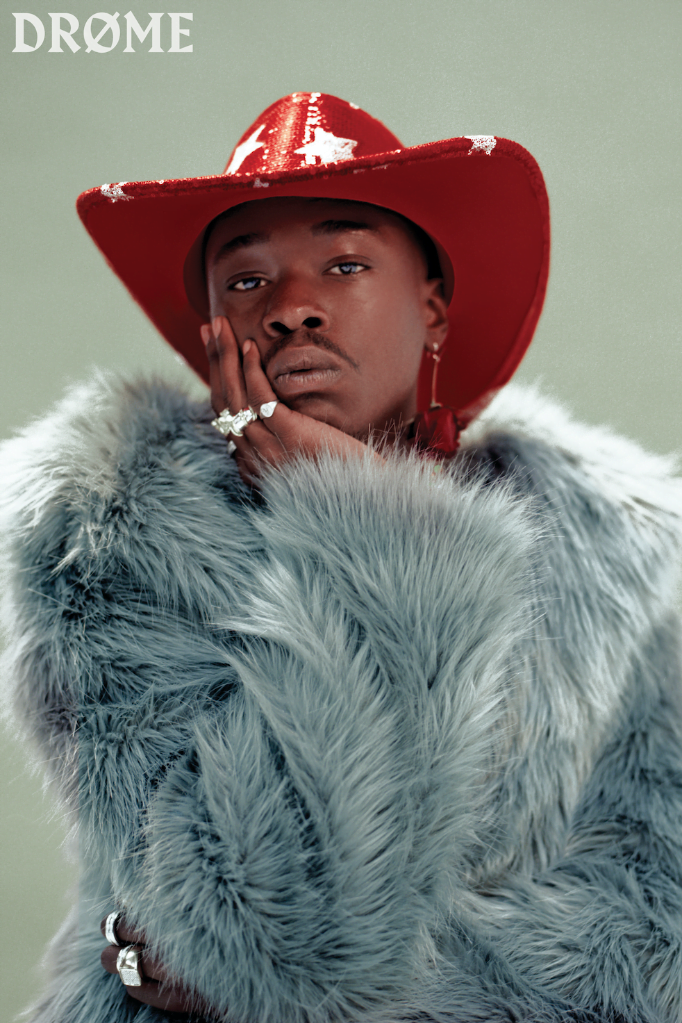 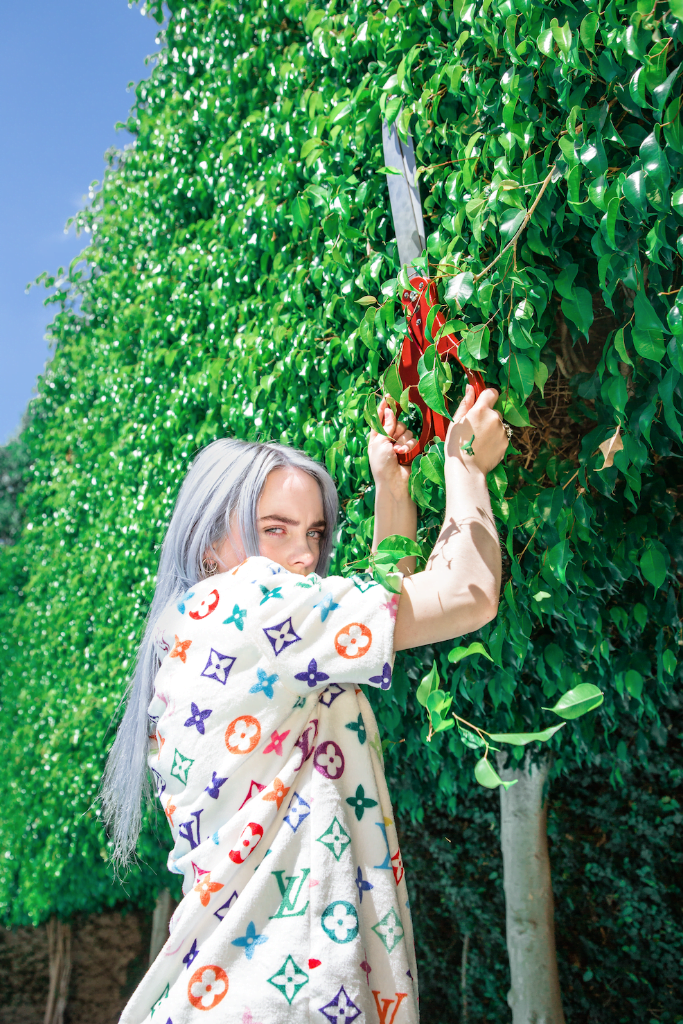 The ever-versatile Queen Latifah returns to her throne for a soul-driven set showcasing the emotional power of her voice and her sophisticated presence as a singer. Fresh off his second Academy Award® nomination for Best Original Song – an award he won in 2013 for “Glory” – rapper, poet, and actor Common fuses social justice and large-hearted positivity for a highly charismatic performance.

SUR will perform at The Roxy in Los Angeles on February 8th supporting Grandson and will have several performances set for SXSW.

SUR is the brainchild of musician/producer Zack Arnett, who also adds to his credentials visual artist, poet,  medicinal farmer and apothecarian.  Frustrated by the confines of Los Angeles, Arnett built a makeshift studio in the back of an RV and set out on a journey through the desert, national parks and Big Sur. While out on the road, Arnett began creating a sound both gritty and melodic, nuanced and volatile, reflective and deeply life-affirming. The lifelong musician will release a debut EP later this year  that fully embodies the forces at the heart of SUR: love, violence, and nature. 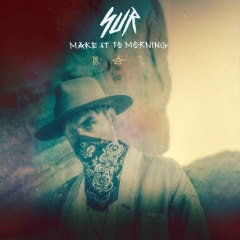 SUR – “MAKE IT TO MORNING” eSingle

THE DEATH OF YOU & I EP RELEASED TODAY

“a poetic creature who channels a mysticism, haloing his sounds with a timeless quality” – i-D

Isaac Gracie is pleased to share, “One Night”, the third track from his new EP, The Death Of You & I – out today through Republic Records. “One Night” was written alongside Mura Masa, and recorded/produced at Eastcote Studios in London, and helps to form Isaac’s most fully realised body of work to date.

LISTEN TO “ONE NIGHT” BY ISAAC GRACIE HERE 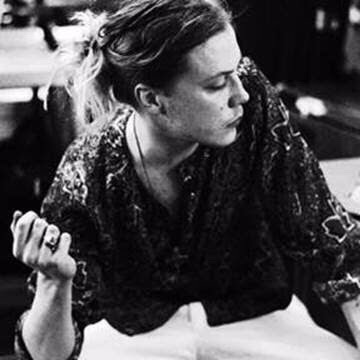 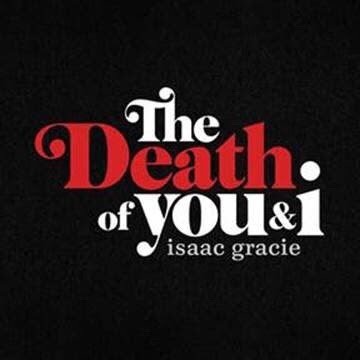 THE DEATH OF YOU & I EP TRACKLISTING

For a young artist who exudes growing confidence from each release, The Death Of You & I is Isaac at his most characterful and accomplished, and “One Night” is another singular example of what he’s doing so beautifully.

The Death of You & I EP was largely recorded at London’s Eastcote Studios, and whilst it doesn’t signal a change of direction from Isaac’s output to date, it certainly suggests a versatility and alternate side of his character. The roaring title track, with its unexpected, theatrical chorus line, sounds as though it could be soundtracking an old spaghetti western before exploding with rage.

“Silhouettes of You” which follows is a soaring widescreen anthem of quite dizzying proportions. It doesn’t simply scrape the sky so much as slowburns through it. It’s the lighters/mobile backlights aloft scorcher that should soundtrack ‘moments’ the globe over. A staggering anthem.

With the release here of “One Night” and the EP’s conclusion, the tender “Love” (Ain’t Always So Good), a more hushed folksy story that mostly resembles the earlier tracks that featured on Isaac’s introductory EPs, it’s a record that signals a fascinating step forward for the young London based musician.

Tender and charming, it’s the sound of a young poet comfortable with dropping his words onto a page and re-arranging them emphatically. Isaac orbits a musical world that is almost oversubscribed with talented young voices, but in truth he acts as the antidote to all of them. A characterful modern musician who takes the tested inspirations of love and hurt, and portrays it vividly with that moreish, keening vocal of his. He’s the real deal.