SOPHOMORE ALBUM YOU AND YOUR FRIENDS OUT APRIL 3

Peach Pit has shared the official video for “Black Licorice” from their forthcoming sophomore album You and Your Friends, which will be released April 3 via Columbia Records. Directed by Lester Lyons-Hookham, the visual follows the band rocking matador outfits as they roam the streets attempting frivolous stunts. Watch HERE. Pre-order/pre-save You and Your Friends HERE () and see full track list below.

Peach Pit will be touring this spring in support of You and Your Friends. The upcoming headline tour will cross North America and Europe with sold-out shows in Chicago, New York, DC, and others. Tickets are on sale now, visit peachpitmusic.com for more information. 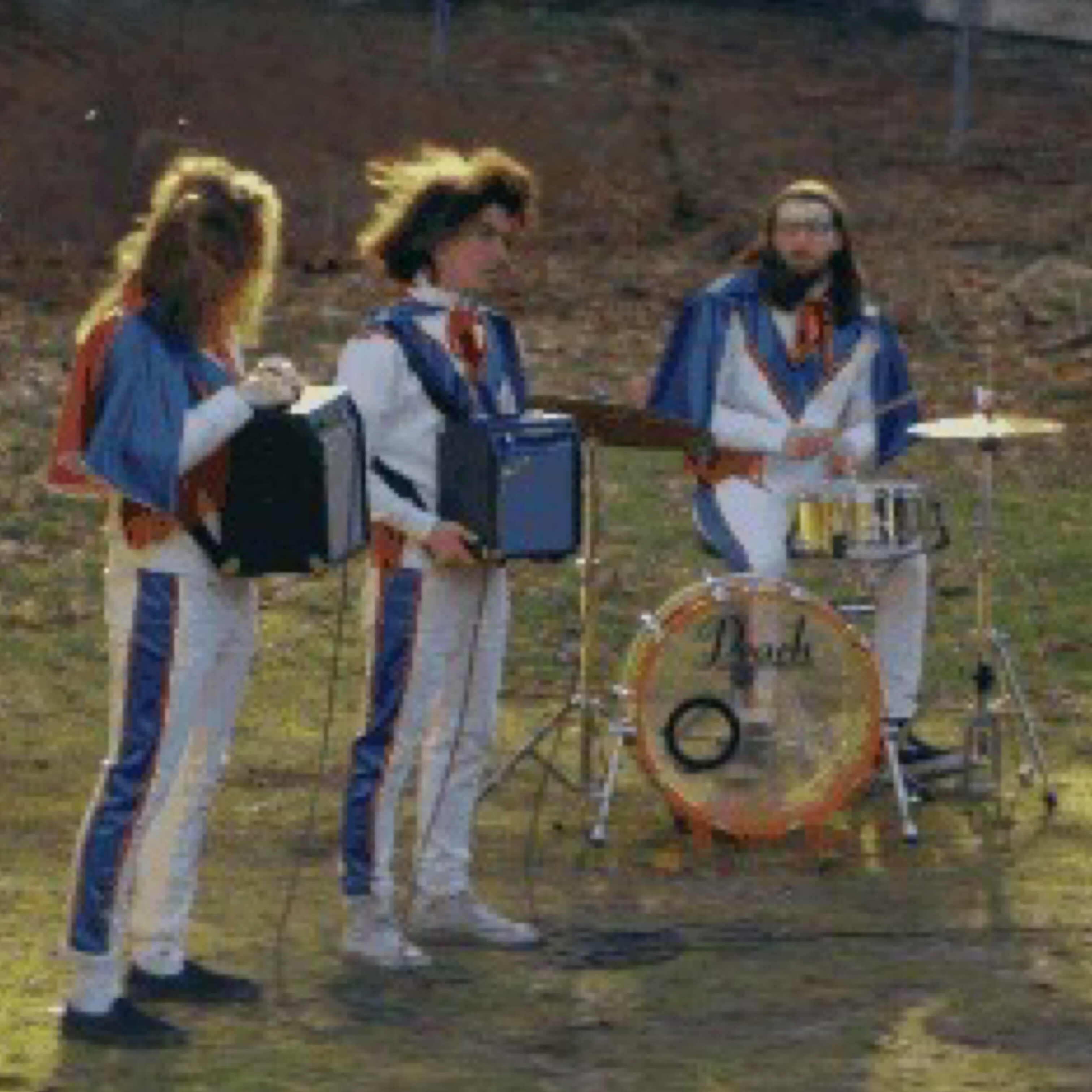 All signs point to a major breakthrough for Lil West. Recently, he released his debut project Vex Part 1 which has over 10 million streams globally with standout tracks “Somedays” & “Not Sure” garnering over 2.5 million Spotify streams collectively. In addition to putting up numbers, Pigeons & Planes recently touted him among “16 New Artists to Look Out For in 2019,” as he garnered widespread praise from Fader, Lyrical Lemonade, Elevator, and Noisey who crowned him, “the Delaware loner forging rap’s strange future.”

CHECK IT OUT HERE

Fresh off a headline mini tour of the U.S., Hey Violet premiere the video for their new track Close My Eye today on Vevo. Watch it HERE. Shot in Los Angeles, the video was directed by Marcella Cytrynowicz who also lensed the video for the bands recent single Better By Myself.

Close My Eyes, which was written by Hey Violet with Sean Kennedy, Tim Anderson, and Aron Forbes (the latter two who co-produced), is the second of four new tracks the band is set to release throughout the spring and summer. The first, Better By Myself, was released in April, along with an official video that can be watched HERE. Idolator called Better By Myself as catchy as it is relatable, while Celeb Mix says the song’s mid-tempo beat and addictive chorus will leave the listener singing [it] all day. Watch Hey Violet perform Better By Myself live at Capitol Studios HERE.

Close My Eyes is essentially about living in a fantasy land, says front woman Rena Lovelis. It’s about the idea of still wanting to be with an ex who has already moved on. There’s definitely a level of denial that goes into being in that sort of headspace because you’re basically rejecting the present reality and not allowing yourself to move forward. The song sounds very calm and chill but in the lyrical content there’s an air of tension because of that refusal to accept things as they are.

Hey Violet’s 2017 debut album From the Outside featured the singles Guys My Age, which has amassed over 250 million global streams, Break My Heart, and Hoodie which is approaching 200 million streams. The album racked up critical praise, including accolades from The New York Times, which called it one of this year’s best and most provocative pop albums. Stereogum noted that it has plenty of attitude thanks to Lovelis vocal and lyrical presence, and NYLON declared, I challenge you to find a debut album as explosive and technicolored as Hey Violet’s From The Outside(the album) pulses with cheeky hooks and middle fingers to the status quo. Lead singer Rena Lovelis’ voice is arena-shaking. You’re in for one hell of a ride.

Over the past few years, Hey Violet, which is Rena Lovelis, her sister Nia Lovelis (drums), and Casey Moreta (lead guitar) have steadily built an engaged fanbase with their powerful, immaculately crafted alt-pop songs. Guys My Age was named one of the Best Songs of 2016 by The New York Times, who called it teen-pop’s revenge: an urgent dark song about sexual rebellion and one of the 20 Best Songs of 2016 by V Magazine. In 2017, Hey Violet was also nominated for an iHeart Radio award for Best Underground Alternative Band, dubbed an Artist Primed For A Breakout by Billboard, and named Artist To Watch by The Guardian, PopCrush, and more. The band has racked over half a billion streams worldwide, sold out their North American headline tour and performed on both The Late Late Show With James Corden and Late Night With Seth Meyers.

JEREMY ZUCKER AND CHELSEA CUTLER TO RELEASE brent ON MAY 3RD

“you were good to me” OUT NOW

Singers, songwriters and producers Jeremy Zucker and Chelsea Cutler are surprising their fans with an extended play titled brent, releasing on May 3rd. Their new single, “you were good to me,” is out now—watch the video HERE!

In just three days, “you were good to me” amassed more than one million Spotify streams and is currently featured on Spotify’s New Music Friday, It’s A Hit and Pop Rising playlists. brent was written and recorded by Zucker and Cutler in a remote cabin in upstate Connecticut last December. Read their letter to their fans announcing brent HERE!

When Jeremy Zucker and Chelsea Cutler joined forces for “you were good to me,” it was much more than two rising stars combining their natural-born talents; it was two friends sharing their personal conversations (set to music) with the rest of the world. Over the past few years, Zucker has galvanized a dedicated fan base with his early independently-released EPs and continued with his breakout singles “talk is overrated” ft. blackbear in 2017 and “all the kids are depressed” in 2018. He’s continued his upward mobility by outdoing himself with “comethru,” which has reached a staggering 80 million Spotify streams and 35 million video views. Meanwhile, Cutler has become a force, starting with a series of covers on Soundcloud that gave way to her own self-written and self-produced work, like 2017’s “Your Shirt,” which cracked the Spotify charts with over 62 million streams, and her two-part Sleeping With Roses mixtape series in 2018. Both artists have been paving the way in their respective lanes; however, their union was serendipitous, happening in 2016 at a college neither of them attended: The University of Connecticut. Fast forward three years and two signings with Republic Records, there was no better time to make music together. Returning to a cabin in Connecticut where they first collaborated on their duet single “better off,” Zucker and Cutler wrote and recorded “you were good to me,” a reflective piece on lost love.

PREACHER TO THE STREETS MIXTAPE COMING 4/26

OMB Peezy teamed up with breakout artist, Sada Baby for their collaborative banger, “One Me.” Peezy also announced his new mixtape, Preacher to the Streets coming April 26th, which is currently available for pre-save.

The new record comes shortly after Peezy’s “Struggle” video with Boosie Badazz and “No Keys” featuring G-Eazy. Take a listen to “One Me” below and look out for it’s music video, next week.

AUDIO – ONE ME FT. SADA BABY

AUDIO – PRE-SAVE PREACHER TO THE STREETS

The single was produced by hitmaker Tay Keith who also executive produced Co Cash’s upcoming project. Tay Keith, also a Memphis native, has worked with Co since the early 2010s and together have spotlighted rap from the region. Co Cash, who FADER hails as one of five artists to watch from Memphis,  leans towards beats that bounce and glide, the perfect backdrop to his completely freestyled yet razor-sharp lyrics. F.A.C.T.S is an exploration of Co’s quick wit and a way with flow that’s bound to put the young rapper on everyone’s artist to watch list.

Hailing from South Memphis, Co developed his interest and passion for music in elementary school, mining inspiration from local heavyweights like Three 6 Mafia. In high school he created his own studio at home, and soon began posting his music online under the name Rico Dinero. By the time he was 17, Co had become one of the key players within the Memphis hip-hop scene, along with Tay Keith. Co is set to make his Interscope Records debut with F.A.C.T.S, a mixtape whose title stands for “FUCK A CRITIC I’m THE SHIT.” Executive-produced by Tay Keith, F.A.C.T.S further reveals Co’s supreme talent for switching flows and cycling through multiple beats within a single track. Speaking on his new record, Co wants to inspire… “Music’s my escape from all my problems, and I want to make other people feel good about themselves. I want to motivate them and give them positive vibes, and then just keep going from there.”

LISTEN TO THE PLAN HERE

“This is a fly girl who knows without a doubt that she’s fly, but doesn’t care if you agree.” – Refinery29

“DaniLeigh Wants to Get You Out of Your Feelings and Onto the Dance Floor.” – Pigeons & Planes

“She’s got the laid-back cool of an It Girl and the swagger of a rap star on stage, and her dance moves please crowds.” – Harper’s Bazaar

“Between Dani’s gift for lilting, swaggering raps and catchy, hypnotic hooks, The Plan is exactly the sort of project that becomes easy to revisit and repeat over and over.” – Uproxx

“For every three hundred tracks you receive that sound like the harbingers of doom, there’s one beautiful little diamond in the rough—which is where Diveliner comes in.” – Noisey

Most use the California poppies for pretty instagrams.

Fewer use them to film music videos.

Strath falls into the latter.

The 24-year-old Australian artist took full advantage of the super bloom in his debut music video for his latest release “Cool”. The track is a cover of the 2004 Gwen Stefani smash hit. 15 years later, Strath adds new color to the track’s pop virtues, letting his listeners stew in a sea of sweeping 80s synthesizers that smell a lot like Tame Impala.

A real highlight is the brief musical interlude in the song’s middle, where a new guitar/synth melody soars over the tight groove of spank-y drums and walking bass line. A credit to his talents as a producer, the way Strath balances many unique elements in the mix ensure that this track is a real head-bopper.

The nostalgic, slightly haunting feel of the song’s outro leaves it feeling more sombre than the original. But the playful tone of the music video — where Strath sings next to a couple that must have been making out for several hours during production — perhaps suggests otherwise.

Strath affirms in the YouTube video’s description that the video was shot with “care” in the poppy fields. Whilst we hope that was the case, we can confirm with confidence that this track is a real banger.

Strath spent his first 18 years in Melbourne, Australia, writing songs during the day while playing in different jazz and rock bands at night. He moved halfway across the world to go to Harvard, where he spent the next 4 years making movies and even more tracks. After graduation, he relocated to LA, where he’s released a number of singles including “Loops,” “I Know You Too Well” and a cover of the 2004 Gwen Stefani smash hit, “Cool.” He plans on releasing lots of new music in 2019.

THE PAINS OF GROWING OUT NOW

WATCH THE VIDEO FOR “TRUST MY LONELY” HERE

WATCH THE VIDEO FOR “NOT TODAY” HERE

WATCH HER PERFORM “OUT OF LOVE” ON TOUR HERE