To welcome the release, Scott Avett recorded this video to fans. Check it out here!

Just this past month, The Avett Brothers unveiled their first round of North American headline tour dates for this summer. Joined by Lake Street Dive and Trampled By Turtles at select gigs, tickets are on-sale now. See full tour dates below.

Stay tuned for more from The Avett Brothers!

The Avett Brothers made mainstream waves with their 2009 major label debut, I and Love and You, landing at No. 16 on the Billboard Top 200 and garnering critical acclaim. 2012 saw The Carpenter hit No. 4 on theBillboard Top 200 and was followed by Magpie and the Dandelion (2013) which debuted at No. 5 on Billboard’sTop 200 and saw the band appear twice on Jimmy Kimmel Live! True Sadness (2016) achieved The Avett Brothers’ highest career debut to date hitting No. 1 on Billboard’s Top Albums Chart, No. 1 Top Rock Albums Chart, No. 1 Digital Albums Chart, No. 3 on Billboard Top 200, and scoring two GRAMMY® nominations. In the same year, the band was inducted into the North Carolina Music Hall of Fame. This past year has been historical for The Avett Brothers as they released their critically acclaimed documentary May It Last: A Portrait of The Avett Brothers, which was co-directed by Judd Apatow and Michael Bonfiglio.The film followed the band as they wrote their GRAMMY® nominated album True Sadness. The film was released theatrically and on HBO to rave reviews and critical acclaim. Recently, they released two new songs “Roses and Sacrifice” and “Trouble Letting Go” in anticipation for new music in 2019.

More than 180 music acts will play Roskilde Festival 2019. The Cure, Robyn, Travis Scott, Christine and the Queens, Tears for Fears and many more have already been announced, and they will be joined by 28 new artists from five different continents.

The queen of hip-hop
Straight out of the Bronx, 26-year-old Cardi B is set to headline Northern Europe’s biggest festival. The undisputed queen of hip-hop is responsible for chart-topping singles including Bodak Yellow and I Like It from her debut blockbuster album Invasion of Privacy. With seven Grammy nominations to her name, she is the first female rapper in 19 years to top the Billboard Hot 100 chart and the first ever to have three singles in the top 10 at the same time.

English R&B and pop revelation Jorja Smith is also heading for the stars: Having won the Critics’ Choice at the Brit Awards, Jorja Smith finally released her acclaimed debut album Lost & Found last year. The 21-year-old has worked with artists such as Kendrick Lamar, Kali Uchis and Stormzy, and it is no surprise that she is nominated for Best New Artist at the 2019 Grammys.

Early in her career, Danish superstar MØ enjoyed a breakthrough on Roskilde Festival’s talent stage. Off the back of her new album Forever Neverland, the Dane is ready to conquer the iconic Orange Stage once again.

Head of programme Anders Wahrén says:
“Cardi B, Jorja Smith and MØ are very different artists, but they’re all bonafide stars. From hip-hop to R&B to pop, they’re shaping the musical landscape, and we can’t wait to see them triumph at Roskilde Festival 2019.”

Bring Me the Horizon are back at Roskilde, this time for a rock lesson on the main stage. Reinvigorated stoner hip-hoppers Cypress Hill are also ready for a triumphant return, 23 years after their last visit, off the back of acclaimed new album Elephants On Acid.

All hail the songwriters of the future
Australian artist Stella Donnelly is one of the most hyped songwriters out there despite not yet having released a full album. Tackling very difficult subjects, her razor-sharp lyrics are personal and brutally honest. Julien Baker, equally, deals with tough issues such as sexuality and self-doubt. She is also part of the alternative supergroup boygenius together with Phoebe Bridgers and Lucy Dacus. The latter is also announced today, having released one of the most praised indie rock albums of 2018, Historian.

Virtually unknown outside of London, teenage quartet Black Midi are deemed the next big thing in the UK: Fans of math-rock and noise will have plenty to look forward to here. Plus there’s more from Sophie, Khruangbin, Girlpool and many more.

Roskilde Festival 2019 will be full of talents, and this is reflected in the festival’s Art Zone as well. Danish artists Alexander Tillegreen, Biba Fibiger and Ida Sønder Thorhauge are among the first to be announced for the arts programme along with acclaimed Brazilian artist Assume Vivid Astro Focus who will build a colourful, psychedelic stage in the Art Zone.

The following 28 artists are announced today:

60 music acts have now been announced for Roskilde Festival 2019, including The Cure, Robyn, Travis Scott, Julia Holter, Tears for Fears and Christine and the Queens. A total of 180 acts will play across 8 stages at Roskilde 2019, which lasts for eight days between Saturday 29 June to Saturday 6 July. Find out more and book tickets at Roskilde-festival.dk.

With more than 180 music acts in the line-up performing on eight stages and over 130,000 passionate music lovers gathered for a full week, Roskilde Festival is among the most unique music festival experiences in the world. A position the festival has held since the early 1970s.

“Lewis Capaldi has the kind of deep, textured voice that you could listen to for hours. He finds expressive rough edges, then smoothes them out into the sweetest of notes…Capaldi’s talent is tugging at heartstrings – or rather, pulling at them with all his vocal might.” -TIME

“I’ve wanted to release this song from the moment I finished writing it,” Capaldi says of “Tough,” which he co-wrote, and was co-produced by Jonathan Quamby (Benjamin Clementine, Jacob Banks), and Spike Stent (Ed Sheeran, Florence & The Machine, Frank Ocean). “For me it’s a song about trying to move on after a relationship. I was coming from a place where the worst was over in terms of missing someone and being heartbroken. I was one hundred percent ready to move on, but there are still these remnants of that person hanging around in the back of my mind. So the song is about getting on with things, wrestling with your head, and trying to get to a point where you can find normality and learn to be on your own again.”

Last week, Capaldi launched his sold out U.S. headline tour and performed at Bonnaroo and LaureLive over the weekend. He will also perform at Firefly, Mountain Jam, Splendour in the Grass, Fuji, Lollapalooza, Osheaga, Reading and Leeds, and the Austin City Limits Festival. Lewis has previously toured with Rag’n’Bone Man, Niall Horan, and Sam Smith. Please see below for all U.S. dates. For international tour dates, visit: http://www.lewiscapaldi.com/

Twenty-one year-old Capaldi was hailed as a 2018 Vevo Dscvr Artist To Watch, longlisted for the BBC Sound Of 2018 Poll, and won Breakthrough Artist of the Year honors at the Scottish Music Awards. His 2017 debut EP, Bloom, has over 175 million streams worldwide. Bloom features “Bruises,” a track that showcases his nimble vocal ability, as he effortlessly slips between smooth baritone, gravelly mid-tone, and haunting falsetto with pinpoint accuracy. It shot to No. 1 on Spotify’s New Music Friday playlist and has over 100 million combined streams globally.

What critics are saying about Lewis Capaldi:

“Lewis Capaldi has captivated listeners with his soulful voice…(and) has had a meteoric rise since his single “Bruises” went viral earlier this year,” -Billboard

“Lewis Capaldi is generating some huge buzz with ‘Fade.’ Produced by Malay (Frank Ocean’s long-time collaborator), the emotional ballad showcases the 20-year-old Scot’s powerful pipes and knack for insightful lyrics. It goes without saying that he’s One To Watch.” -Idolator

“The latest in Lewis Capaldi’s growing list of accolades is (‘Rush’) his collaboration with Jessie Reyez,

an unlikely pairing that capitalizes on both artists’ uncanny ability to convey the most raw, real emotion in their lyrics and passionate vocals. -Ones To Watch

British singer-songwriter Lewis Capaldi (is) emerging in the scene quickly… Once you listen to his music, it will all make sense…beautiful ballad (‘Lost On You’) will break your heart. -Baeble 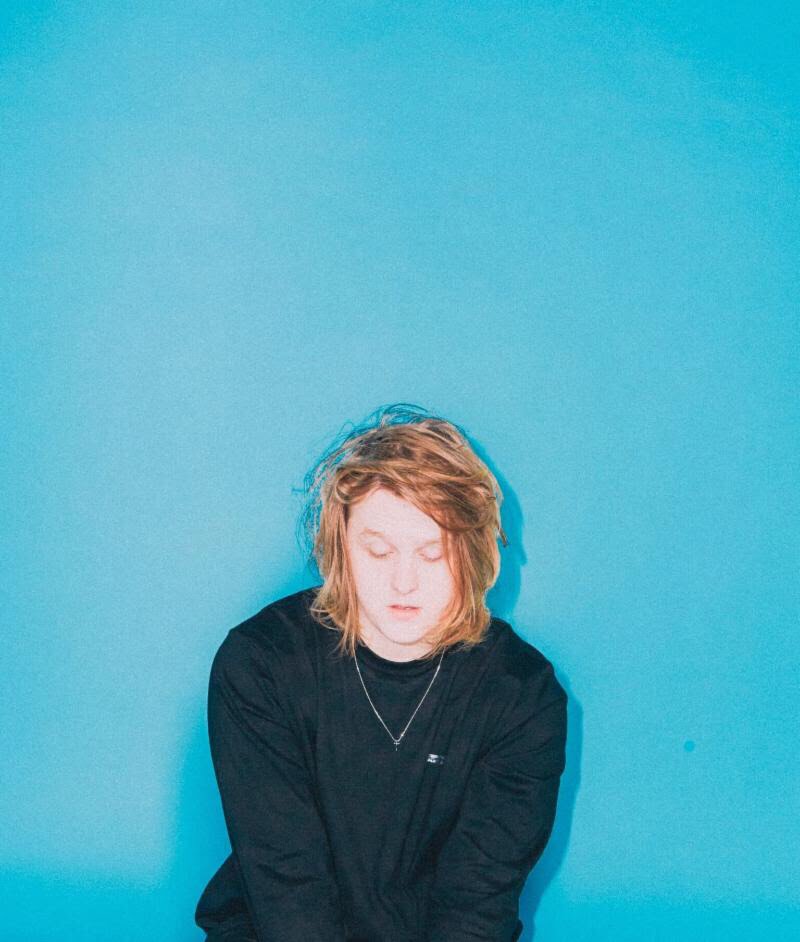 THE KOOKS RESCHEDULE NORTH AMERICAN HEADLINE TOUR TO MAY 2018 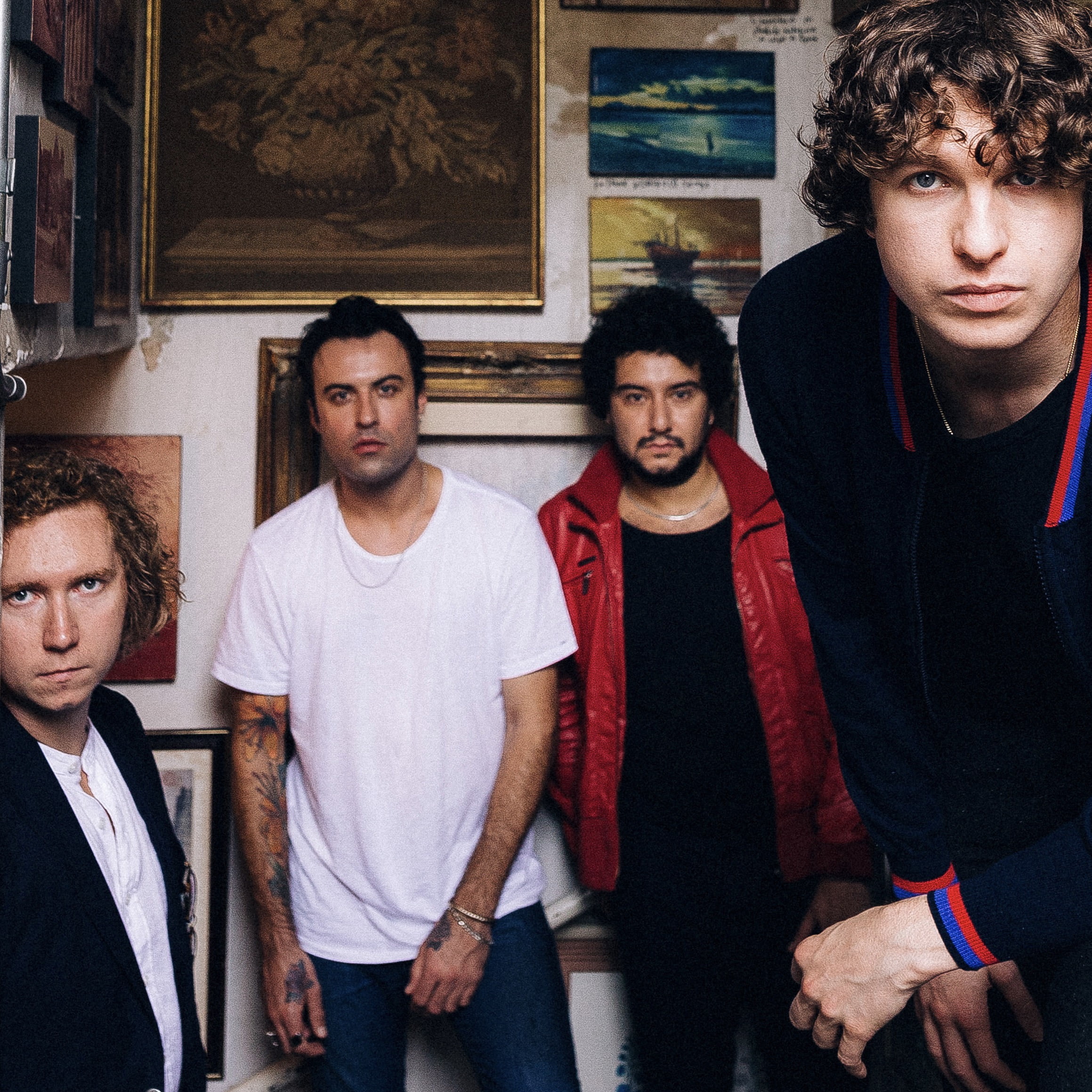 DOWNLOAD HI-RES | PHOTO CREDIT:JOSHUA HALLING
The Kooks have rescheduled their North American headline tour to May 2018. See updated routing below. All tickets purchased will remain valid for the rescheduled dates, and refunds are also available.

The band shared the below message for fans, along with a corresponding video message:

We’re sorry to say we have unfortunately had to postpone our upcoming tour until next spring. We’re deep in to recording our new album at the moment, and we’re super keen to have it done in time to give you guys the first listen on the rescheduled dates next year. Unfortunately, however, next month is the only time we have available to finish recording. We’re so, so excited about coming to play these new songs (and the oldies too!) for you, and we hope you understand. We’re very sorry, and we love you dearly!

All tickets will remain valid for their corresponding show, though refunds are available from point of purchase. Unfortunately we have not been able to reschedule the New Haven and Sacramento shows, but we’ll keep on trying!

Earlier this year, the band released The Best Of…So Far, a collection of their greatest hits to date, which boasts classic singles and fan favorites such as “Naïve,” “She Moves In Her Own Way,” and “Bad Habit.” The album also features two brand new songs as a taste of what’s yet to come from The Kooks. Their single “Be Who You Are” received praise from fans and critics alike – TIME said the track is “one of their most instantly likable tunes… there’s something refreshing about their brand of sunny, uncomplicated rock,” while NYLON called it “the ideal soundtrack to your summer highlight reel.” They also recently released a music video for their follow-up, “Broken Vow.”

6/2 Portland, OR The Roseland Theater 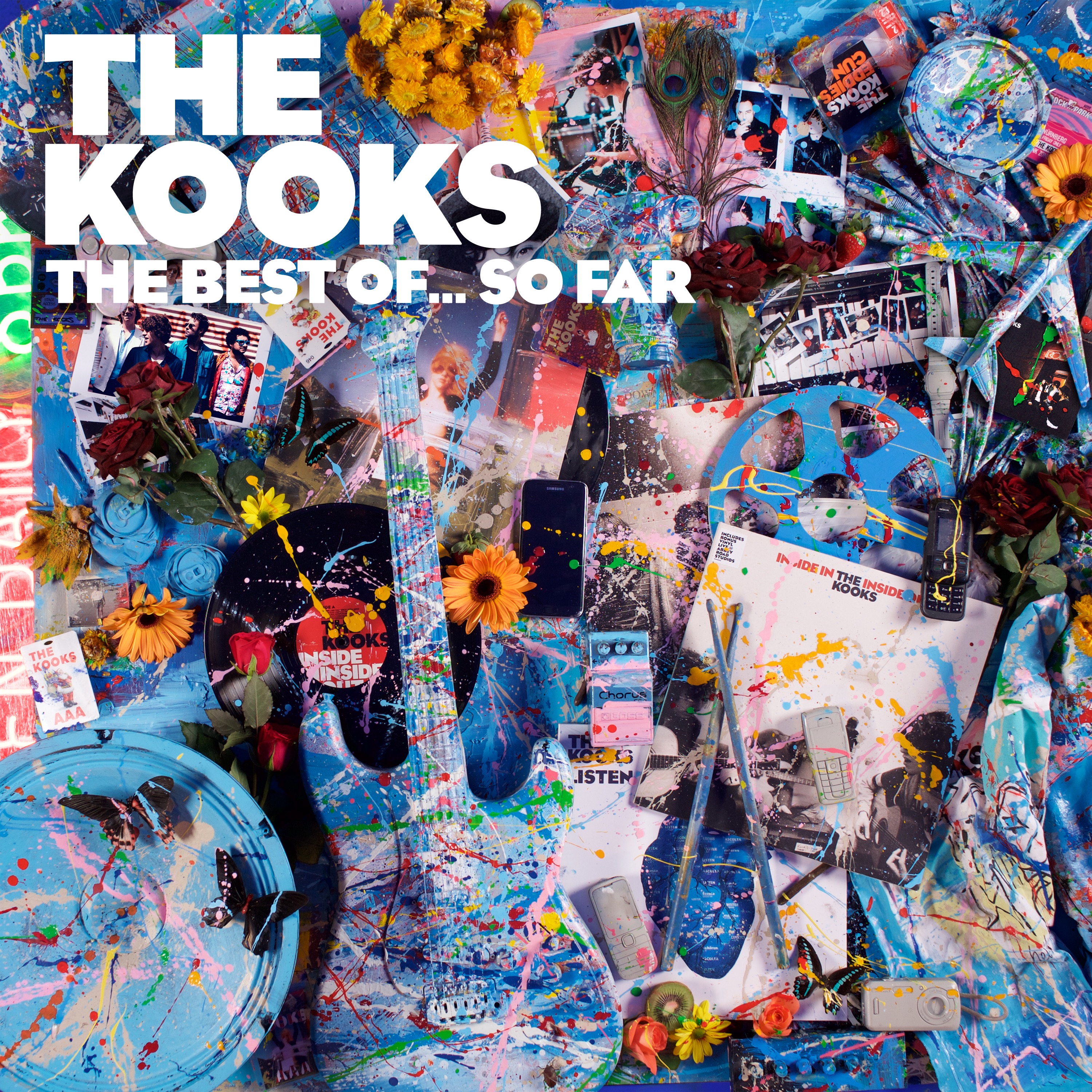