Boogie’s debut album, Everything’s For Sale, is due out on January 25th.

For more info on Boogie and his new album, check out his pages:

Donna Missal’s new single, was given its world premiere today by Zane Lowe on Beats 1. Lowe said, “I love the modern production, the feel of it. But it also has like a timeless, latter-day Prince vibe to it.”

AvailableHERE,  “Girl” touches on a subject that’s rarely discussed in any forum, the emotional damage inflicted when, as Missal sings, “women hate on other women.” The stripped-back yet intricately textured track unfolds with both gentle playfulness and piercing vulnerability.

“It’s been amazing to see this huge influx of art, music and media by women and for women intended to support and encourage every kind of women to claim our space. I think it’s important to identify what makes us stronger and louder, and we have proven that we can shift the culture around us by coming together to address our common issues and goals,” says Donna Missal. “When we criticize and attack one another, we diminish our voice in the conversation for equality and social change, so I wanted to write something that speaks on that experience. I don’t know a single woman who hasn’t experienced this in some way, and I want to see that change.”

The official video, directed by Justin Bettman, can be viewedHERE.  Bettman  who has earned acclaim for the ongoing art project Set in the Street, which repurposes found materials to create interior sets on city streets  also helmed the video for Missal’s, “Driving.”

“Girl,” which was produced by Tim Anderson (Solange, BANKS, Halsey), is the third in a series of two-track singles from Missal. The A-side is a studio version of “Girl” while the B-side is a stripped-down live take. Today, Missal also shared a live performance video of the song. View “Girl” (Live from Capitol Studios) HERE.

Missal, who will release her full-length debut on Harvest Records later this year, will open forMax Frostat Baby’s All Right in Brooklyn on June 20 and headline The Hi-Hat in Los Angeles on June 23.

Her debut single, “Keep Lying,” premiered on Zane Lowe’s Beats 1, then shot to the top of the Spotify Viral and HypeMachinecharts. Hailed by Milk as an earth-shaking vocalist with unique resonance, she is featured on two tracks from Macklemore’s latest album, Gemini: “Over It” which she co-wrote, and “Glorious.” Missal also featured on Rudimental‘s “No Fear” and co-wroteLeon Bridges, “BetAin’t Worth the Hand.” “Power,” an original song she co-wrote with Baz Luhrmann and recorded for Netflix’s “The Get Down” won a Hollywood Music in Media Award for Best Original Song. Her songs have also been licensed by such shows as; House of Lies, Easy and The Vampire Diaries.

Get it on Amazon Music: https://donnamissal.lnk.to/GirlPR/Amazon

Get it on Google Play: https://donnamissal.lnk.to/GirlPR/Google-Play

Of the song, Morgue says, “This is one of my favorite songs I’ve made because it is off axis just enough to blur my perspective between haunting and inviting. Teaming up with Whethan brought the perfect blend of hazy lethargy and upbeat skepticism to the track. It captures the unease of that feeling of not knowing how someone truly feels about you, and it still always makes me want to move when I hear it—it’s so fun to perform.” 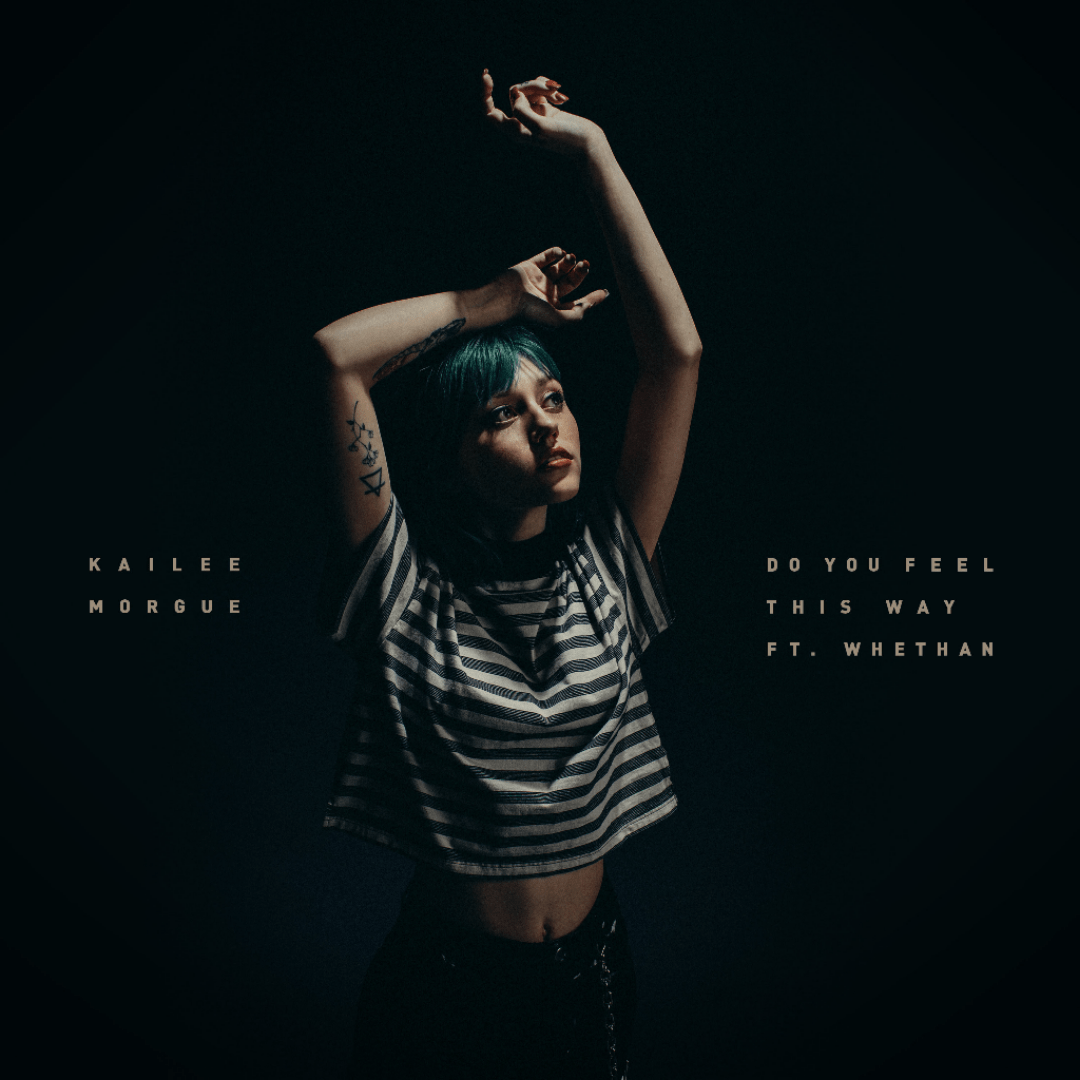 “Do You Feel This Way” (feat. Whethan) follows Morgue’s latest single, “F**k U” and her 2017 breakout track, “Medusa,” which catapulted her into an overnight success after she posted a live performance of the song on Twitter. “Medusa” became the title track from her debut EP, which was also released last fall and features her hit single, “Discovery.”

Tattooed, multi-color haired and anime-obsessed 19-year-old Phoenix-born and Los Angeles-based gothic pop siren, Kailee Morgue, casts a sonic spell with her music. A self-described “introvert” and the second oldest of six kids, she found solace in the sounds of fellow sonic sorceresses, such as Stevie Nicks and Gwen Stefani, as well as bands like Pink Floyd, Led Zeppelin and more. By the age of ten, she picked up her first guitar, began quietly penning music and eventually started posting tracks on Soundcloud.

Between a gig at Jack In The Box in 2016, an 18-year-old Morgue found the beat for her breakout track, “Medusa,” on YouTube and cooked up the single. She first teased the track with a brief Twitter video, and it ignited a viral reaction garnering 100,000 “likes” overnight. Over an airy, minimalistic soundscape, Morgue creates a hypnotic and heartfelt melody with haunting and powerful lyrics. “Medusa” peaked at #1 on Hype Machine, was hailed as “Best Track of the Week” by The New York Times, MTV, The Line of Best Fit and Coup de Main and its video premiered on The FADER. As “Medusa” became an underground phenomenon, Morgue inked a deal with Republic Records in the summer of 2017. Further music is set for release this summer.

LISTEN TO “DO YOU FEEL THIS WAY” (FEAT. WHETHAN) HERE