BRIAN JUSTIN CRUM DROPS NEW VIDEO “WE ARE THE CHAMPIONS” ON THE HEELS OF HIS BIG AMERICA’S GOT TALENT: CHAMPIONS WIN

The show-stopping talent, who garnered millions of views from his performances of Queen, Michael Jackson, Radiohead and Phil Collins –generated some of the highest online statistics seen by the show’s talent. He also won the hearts of the audience who resonated with his story of being an overweight, bullied, gay teen. He strongly supports anti-bullying and LGBT efforts.

Check out “We Are The Champions” here.

Crum also appears in the Queen musical ballet “Somebody To Love” on February 14.

He will be releasing singles, video and a new album this year. Follow @brianjustincrum

Vocalist/entertainer extraordinaire Brian Justin Crum impressed millions of fans on America’s Got Talent Season 11, earning a 4th place finish with his impassioned renditions of “Somebody To Love” (Queen), “Creep” (Radiohead), “In The Air Tonight” (Phil Collins) and “Man In The Mirror” (Michael Jackson). He’s been invited to return to the show’s Champion’s segment, featuring the best of the best, with a big, debut appearance on January 28. He is among the most talked about AGT performers, garnering millions of views from his performances – which went viral and generated some of the highest online statistics seen by the show’s talent. Additionally, his personal story of being a bullied, gay youth also touched the hearts of many. Check out his performance and backstory here.

The singer/songwriter who soared to #2 on the Billboard Dance Charts with a cover of Robyn’s “Show Me Love,” and whose Broadway credentials include “Wicked,” “Grease,” “Altar Boyz,” “Next To Normal” and “We Will Rock You,” will also return to his theatrical roots appearing in the “Somebody To Love” Queen musical and ballet on February 14 at the Music Box in San Diego. Crum’s appearance as Galileo Figaro in Queen’s rock theatrical “We Will Rock You” was a pivotal role, leading to celebratory reviews and earning him a handful of awards for Best Actor. His growing fan base has led to demand for live performances all over the U.S., Australia and the Middle East. Crum will be releasing new music and content in the coming weeks.

Check out Brian’s upcoming Queen musical ballet “Somebody To Love.”

Oxygen Media, the network for high-quality crime programming, will debut “Serial Killer with Piers Morgan,” hosted and executive produced by renown journalist Piers Morgan,  beginning with two episodes Monday, July 16 at 7PM ET/PT and Monday, July 23 at 7PM ET/PT. With unprecedented access to maximum security prisons, “Serial Killer with Piers Morgan” explores the minds of the most depraved serial killers for the first time. Having never spoken on camera about their crimes until now, each chilling hour centers around Piers’ up close and personal interviews with a killer.

Piers delves into the minds of killers who haunted communities for decades and attempts to discover what drove them to murder. He also meets with victims’ families and law enforcement to understand how the actions of these men wreaked havoc across America as police raced against time to try and catch them before they struck again. In the premiere, Piers meets with Mark Riebe. Riebe was convicted of one murder but confessed to police to the abduction and killing of twelve women, and even though he is incarcerated for just one murder and has since withdrawn these confessions, police believe if true Riebe is one of the worst serial killers in Florida’s history. In the next episode, Piers goes to Lorenzo Gilyard, also known as the Kansas City Strangler. For nearly two decades Gilyard brought fear to the streets of Kansas City, Missouri. Incarcerated for six murders, he is the prime suspect in a further seven. Until now, he has never spoken about his crimes and Piers sets out to discover what drove this seemingly ordinary man to kill.

Piers Morgan is best known for his role as a judge for six years on NBC’s No.1- rated America’s Got Talent, and also hosted CNN’s “Piers Morgan Live.” Morgan currently hosts “Good Morning Britain” for ITV and is also the US Editor-At-Large for DailyMail.com. His first book published in 2005, The Insider, Private Diaries of a Scandalous Decade, became an instant number one bestseller and sequel Don’t You Know Who I Am? Insider Diaries of Fame, Power and Naked Ambition also topped the bestselling list. This was followed up with God Bless America, Misadventures of a Big Mouth Brit and Shooting Straight, Guns, Gays, God and George Clooney.

Oxygen Media is a multiplatform crime destination brand for women. Having announced the full-time shift to crime programming in 2017, Oxygen has become the fastest-growing cable entertainment network with popular unscripted original programming that includes the flagship “Snapped” franchise, “The Disappearance of Natalee Holloway,” “The Jury Speaks,” “Cold Justice,” “Three Days to Live,” and “It Takes A Killer.” Available in more than 77 million homes, Oxygen is a program service of NBCUniversal Cable Entertainment, a division of NBCUniversal, one of the world’s leading media and entertainment companies in the development, production, and marketing of entertainment, news, and information to a global audience. Watch Oxygen anywhere: On Demand, online, or across mobile and connected TVs.

LOS ANGELES, CA (June 9, 2018) – Hip hop recording artist/actress Sky Katz has released her new single FALL BACK, accompanied by a music video, which the teen stars in and made her debut behind the camera. “Fall Back” is the follow up single to her Top 40 fan favorite “For Da Summer”. The new track captivates listeners with its infectious beat, catchy hook and relatable message about staying grounded no matter where life takes you.

Sky Katz is one of Hollywood’s most talked about young talents. Sky stars as the scene-stealing spunky neighbor Tess in Disney Channel’s Raven’s Home; the spinoff of the iconic sitcom That’s So Raven— Season 2 premieres on June 25th. Previously, a contestant on season 11 of America’s Got Talent, Sky wowed the judges and audience with her impressive rapping skills and freestyle. The teenage free spirit immediately caught national attention and has performed on MTV’s TRL and Summer in the City, Harry, New York Knicks Halftime Show at Madison Square Garden, Arthur Ashe Kids’ Day, and SXSW. 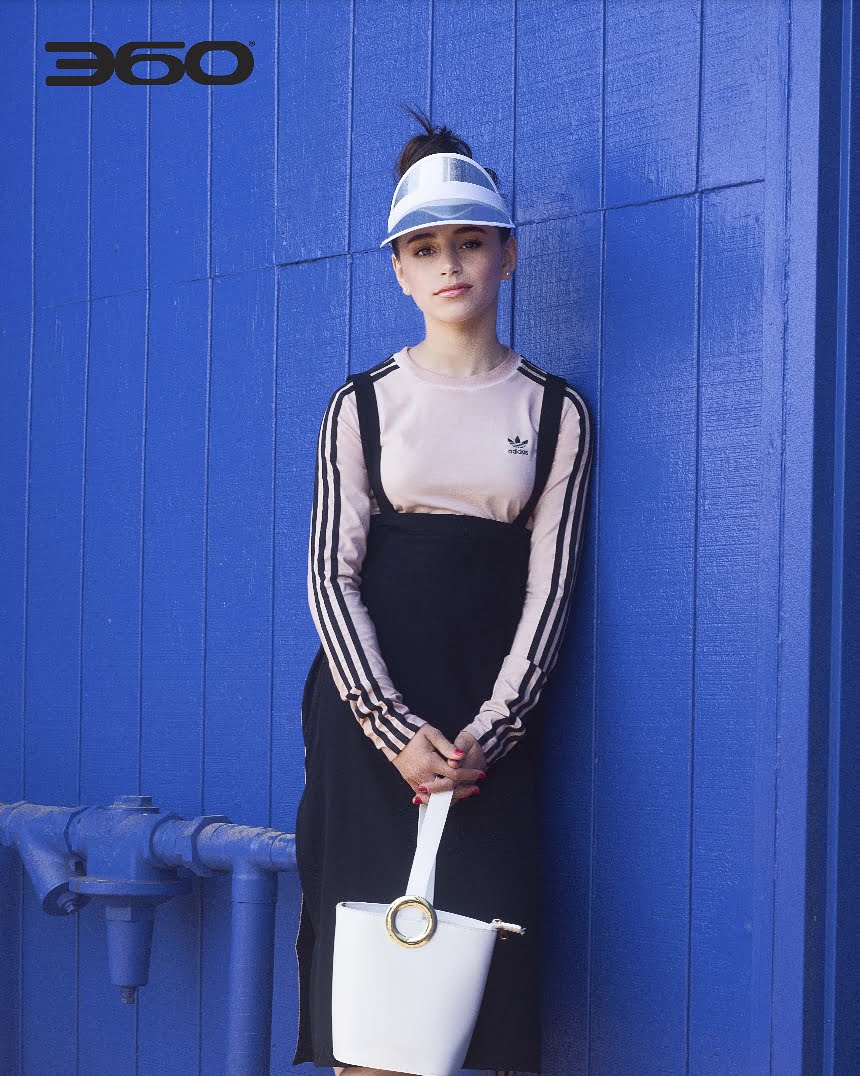 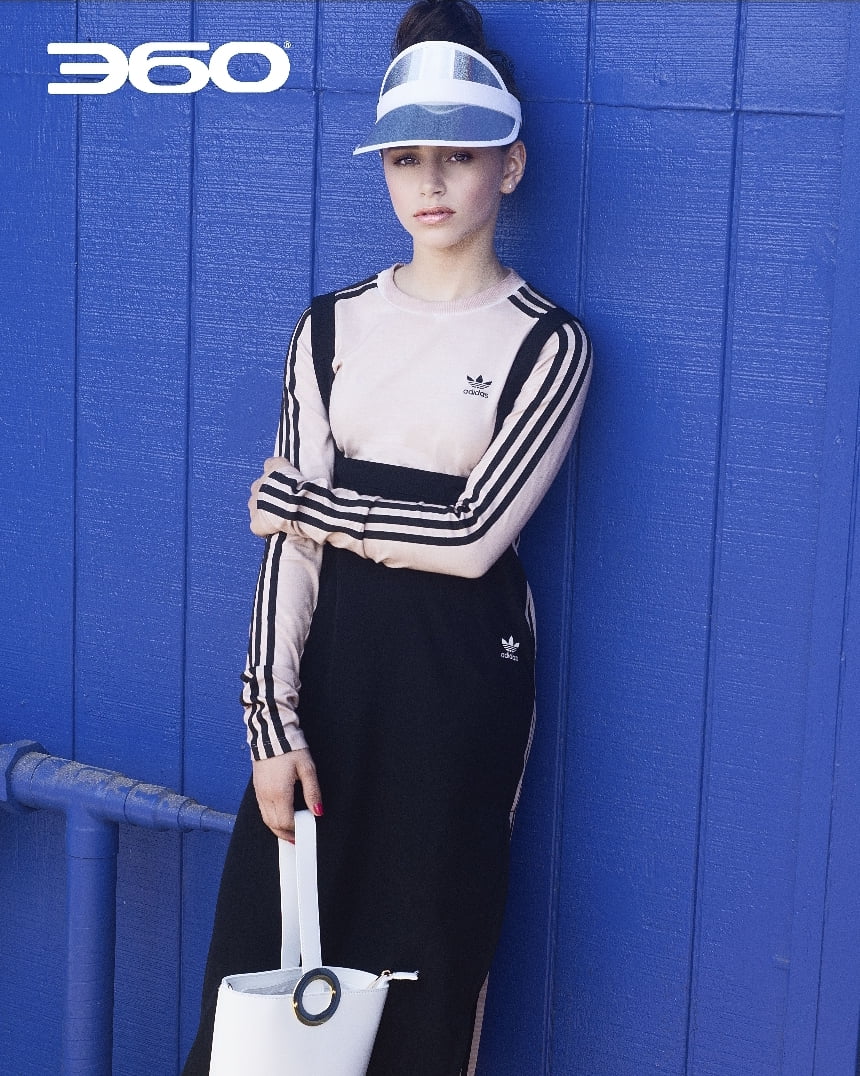 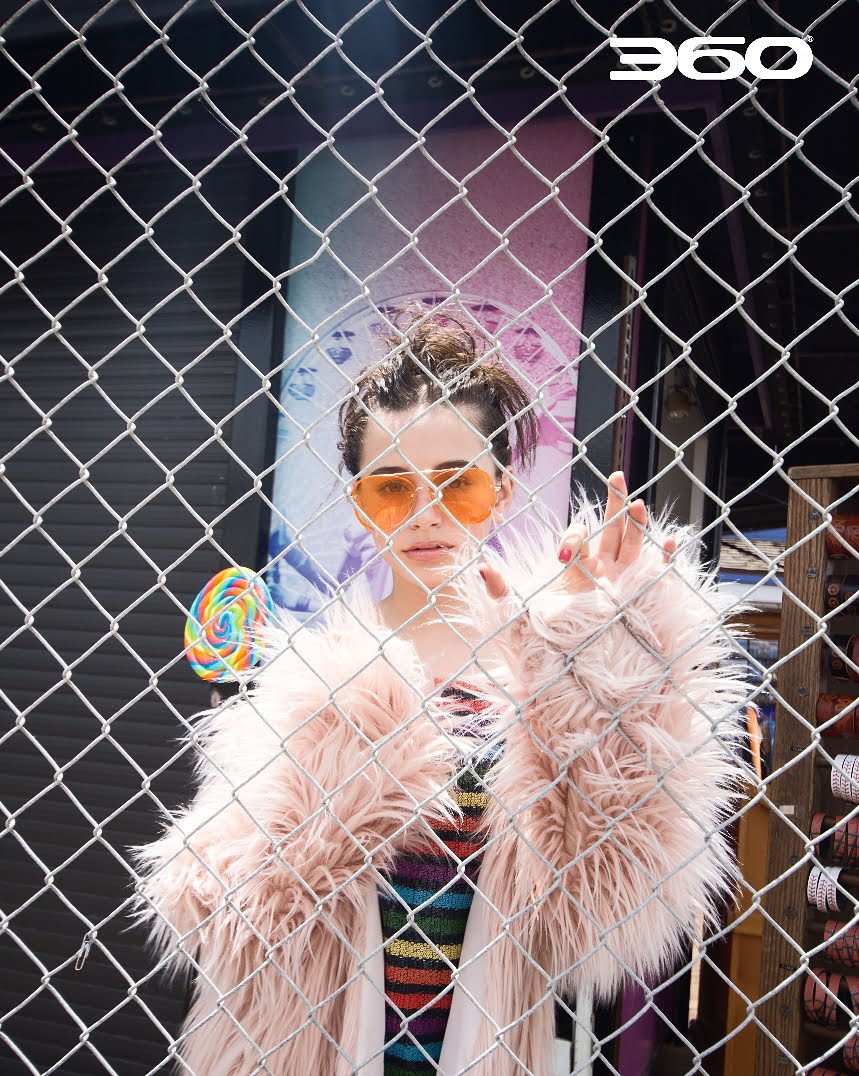 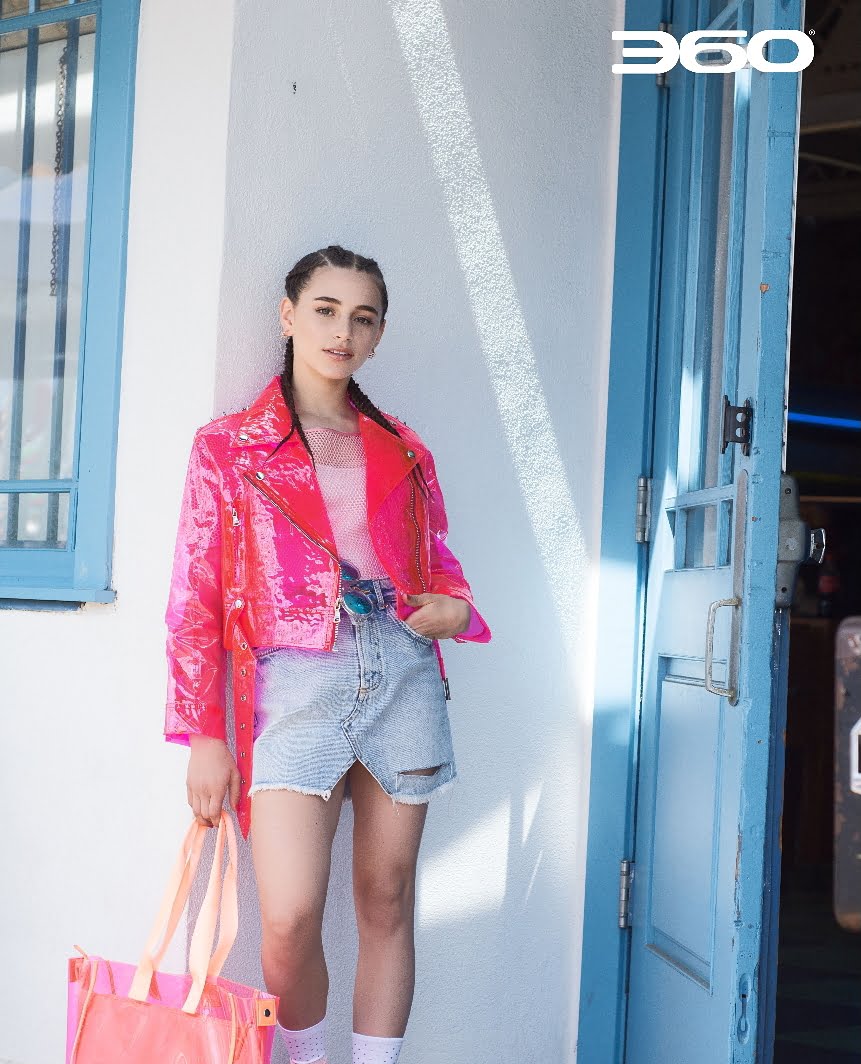 Warner Music Nashville’s Tegan Marie glowed while attending New York Fashion Week on Monday and Tuesday (9/11-12). At just 13 years old, her sophisticated sense of style was on full display while sitting front row at Anna Sui. This fashion bucket list moment checks another one off the list following her record deal signing last month. The rising star is the youngest female artist to sign a major label Country deal in 45 years.

With a larger-than-life voice, the budding singer-songwriter was discovered by leading Gen Z girls’ media platform Sweety High when her father uploaded videos of her cover songs to their site. Tegan Marie – also a Radio Disney Country artist – since catapulted into the national spotlight with several high-profile media performances and appearances including ABC’s Good Morning America and PBS’ star-studded special Smokey Robinson: The Gershwin Prize and the 2017 Radio Disney Music Awards. Last year, the Flint, MI, native released the song, “Lucky Me,” to benefit the children affected by the water crisis in her hometown. Continuing the momentum, her breathtaking rendition of Florida Georgia Line’s #1 hit song, “H.O.L.Y.,” racked up over 17 million views on Facebook alone. Tegan has amassed over 75 million video views and receives over five million engagements online each month. She’s also had a string of impressive performances, sharing the stage with singers Cam, Smokey Robinson and duetting with Kelsea Ballerini. This past spring Tegan appeared at CMA Music Festival on the Radio Disney Country stage and at California’s popular Country music festival Stagecoach to great acclaim. Critics praised her performance with USA Today hailing, “[Tegan] Marie has the personality and the voice of a future star, and she definitely has the always hard-to-define ‘It.’” She recently wrapped a six-city tour with Pepsi MidAmerica and is currently writing for her debut album.

Warner Music Nashville was created in 2009 with the goal of expanding the presence of WMG and its family of labels has had in the Nashville music community for more than 60 years. Under the leadership of Chairman & CEO John Esposito, the division is home to Warner Bros. Nashville, Atlantic Nashville, Elektra Nashville and the LoudMouth comedy label.

Sweety High is an empowered destination for Gen Z females. As a vertically integrated media company consisting of a website, content studio, SH Music and SH Insights, they employ data, premium content, talent and audiences to create and distribute the cultural conversation. Focused on both entertainment and lifestyle, they’ve enjoyed partnerships with Disney, NBCU, America’s Got Talent, Macy’s, Sony and Live Nation among many others.