SHENANDOAH RELEASES “IF ONLY” WITH ASHLEY MCBRYDE AVAILABLE NOW

Momentum continues for Shenandoah leading up to the release of Every Roadas the GRAMMY®, ACM and CMA winning group releases “If Only” with Ashley McBryde today. The “sweetly nostalgic ballad (Rolling Stone Country)” is the third track to be released off the upcoming album, available everywhere Nov. 13 via Foundry Records, which also includes star power collaborations with Luke Bryan, Blake Shelton, Dierks Bentley, Lady A, Zac Brown Band, Carly Pearce, Cody Johnson and Brad Paisley.

Rolling Stone Country exclusively premiered a first listen to “If Only” with Joseph Hudak writing, “Singer Marty Raybon kicks things off, reminiscing about sipping iced tea and wishing ‘this old world wouldn’t spin so fast.’ McBryde comes in with lines about main street and big dreams, offering a little grit to complement Raybon’ssmooth vocals.” McBrydeshared, “‘Would you like to sing with Shenandoah on their new record?’ It didn’t even take a whole second for me to say yes. I’m a true fan of the band and Mr. Raybon’s bluegrass stuff, too. I jumped at the chance to sing with him. I love this song… the message is so relevant and needed right now.”

Written by Lori McKenna, Phil Barton and Jaron Boyer, “If Only” follows “I’d Take Another One of Those” with Zac Brown Band and “Every Time I Look At You”with Lady A. To watch Shenandoah and Lady A’ srecent performance of their collaboration on “The Kelly Clarkson Show,” click HERE. Led by frontman Marty Raybon and co-founding member Mike McGuire, Shenandoah’stimeless catalog of No. 1 hits solidified the group as a country music mainstay over the past 30 years. Every Road will be the band’s 10th studio album, and first album of all-new music since 1994, after notching 13 No. 1 hits and charting 26 singles on Billboard country charts throughout their career.

7. “Every Time I Look At You” (with Lady A)
Dallas Davidson, Charles Kelley, Hillary Scott, Dave Haywood
*Lady A appears courtesy of BMLG Records

For real-time updates on Every Road, visit shenandoahband.com.

ABOUT SHENANDOAH:
GRAMMY®, CMA and ACM-winning hitmakers Shenandoah, fueled by Marty Raybon’s distinctive vocals and the band’s skilled musicianship, are celebrated for delivering such hits as “Two Dozen Roses”, “Church on Cumberland Road” and “Next to You, Next to Me” as well as such achingly beautiful classics as “I Want to be Loved Like That” and the GRAMMY® winning “Somewhere in the Vicinity of the Heart” duet with Alison Krauss. Today that legacy continues as original members Marty Raybon and Mike McGuire launch a new chapter in Shenandoah’s storied career with Every Road, available everywhere Nov. 13, 2020. Raybon and McGuire formed Shenandoah in 1984 in Muscle Shoals, Alabama with bassist Ralph Ezell, keyboardist Stan Thorn and guitarist Jim Seales. Shenandoah inked a deal with Columbia Records and began establishing a national fan base with their self-titled debut in 1987. However, it was the band’s sophomore effort, The Road Not Taken, that spawned their first top ten hits—“She Doesn’t Cry Anymore” and “Mama Knows.” Shenandoah followed with three consecutive No. 1 hits—“Church on Cumberland Road,” “Sunday in the South” and “Two Dozen Roses.” “The Church on Cumberland Road” spent two weeks at the top of the chart and made country music history as it marked the first time that a country band’s first No. 1 single spent more than one week at the summit. It also helped propel sales of the album to more than half a million units thus giving Shenandoah their first gold album. Shenandoah became known for delivering songs that celebrated the importance of faith and family while reveling in the joys of small town life. “Next to You, Next to Me” topped the charts for three weeks and “Somewhere in the Vicinity of the Heart,” a beautiful duet with Alison Krauss, won a Country Music Association Award for Vocal Event of the year and a GRAMMY® for Best Country Performance by a Duo or Group with Vocal. Shenandoah also won the Academy of Country Music’s Vocal Group of the Year in 1991.

Venice Family Clinic will celebrate its 50th anniversary Oct. 11 with Health, Justice, Action: The Kickoff Party, which will feature some of the entertainment industry’s biggest stars.

Elizabeth Benson Forer, the CEO of Venice Family Clinic, said the 50th anniversary will be “dazzling.”

“We have an incredible cast of gifted and generous singers, songwriters, actors and artists donating their time and talents to our Kickoff Party,” she said, adding that Billy Crystal, Whoopi Goldberg and Frank Gehry have personally helped Venice Family Clinic in the past. “We’re proud to welcome them and so many other celebrities who have contributed to our mission over the years.”

After the celebration, Venice Family Clinic asks volunteers to help in a Week of Action. The Clinic helps 28,000 low-income men, women and children, and volunteers can help in a multitude of ways.

For those practicing social distancing, donations are accepted. Volunteers can also order toys and other gifts online for the Clinic to deliver to people facing financial hardship this upcoming holiday season. The Clinic’s pediatric patients are also in need of school supplies, so a backpack filled with notebooks, folders, pencils and other items is a great idea to help students get through the year. Finally, soap, shampoo and hygiene items are perfect to help individuals experiencing homelessness.

You can register for both the party and to volunteer by clicking right here.

“NOT MY EX” CLIMBS INTO TOP 10 iTUNES R&B CHART

WATCH “NOT MY EX” HERE

Jessie J recently announced R.O.S.E.—her upcoming fourth full-length album arriving in 2018. Previously released songs from the upcoming album include, “Think About That”, “Not My Ex”, “Real Deal”, and “Queen.”

“The Tonight Show Starring Jimmy Fallon” will host “Miley Week” Oct. 2-6, with music superstar and longtime friend of the show Miley Cyrus performing each night. This unprecedented weeklong celebration on “The Tonight Show” will kick off with a sit-down chat with Fallon on Monday, Oct. 2 and feature one-of-a-kind performances and sketches. Fans can also expect special guests and surprises all week.

The late-night audience is always in for a surprise when Cyrus is on “The Tonight Show.” She has appeared seven times over the past two years, and was the only guest who completed two episode takeovers. Cyrus and Fallon together have produced many fan-favorite moments, from her crashing as Hashtag the Panda, to the most recent of which saw them busking incognito at the Rockefeller Center subway station.

Her new album, “Younger Now,” is set to be released Sept. 29. “Younger Now” is by no means a reinvention, but more a continuation. As the title-track expresses, “No one stays the same.” Cyrus has always been true to herself on her creative journey and has shared her life and experiences with fans through her artistry. Her prior albums were a direct reflection of her unapologetic self, and uncompromising vision of her music. And with “Younger Now,” Cyrus took the full creative reigns with an intention to share a piece of herself, unlike before. She wrote every lyric, co-wrote the music, and co-produced the album.

Cyrus will return as a coach on the 13th season of NBC’s hit music competition series “The Voice,” which premieres tonight, Sept. 25 at 8 p.m. ET/PT.

The schedule for the week of Oct. 2-6 includes:

From Universal Television and Broadway Video, “The Tonight Show Starring Jimmy Fallon” is executive produced by Lorne Michaels and produced by Gerard Bradford, Mike DiCenzo and Katie Hockmeyer. Jamie Granet-Bederman produces. “The Tonight Show” tapes before a live studio audience from Studio 6B in 30 Rockefeller Center.

An exclusive Deluxe Edition of You Make It Feel Like Christmas will be available at Target. This special version includes a hard-back book with 24 pages of exclusive images from the making of the album and Gwen’s personal holiday photos. Pre-orders for the Deluxe Edition begin September 22 at Target.com.

Track listing for Gwen Stefani’s You Make It Feel Like Christmas: 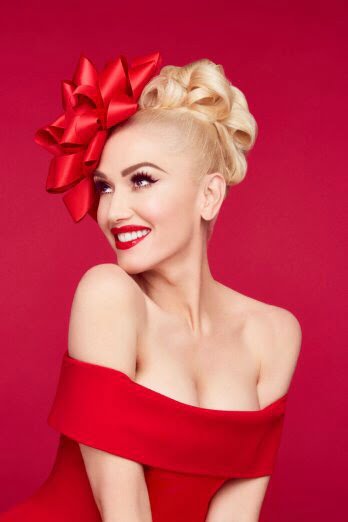 Originally from New Jersey, Felicia Temple was born into a musical family. Her dad, a touring musician, performed with renowned hip-hop group The Sugarhill Gang for as long as Felicia can remember. She grew up playing piano and learning sheet music, and was even called “Felicia Keys” around school [after one of her greatest influences – Alicia Keys]. As a singer/songwriter and pianist, Felicia honed her musical chops at the famed Village Underground in New York City, and went on to win audiences over at NYC’s famed SOB’s, DROM and Milk River where she headlined several sold-out showcases. Felicia has opened for acts including Angie Stone, Keke Wyatt, The O’Jays and SWV, and has performed the national anthem at numerous NBA and NCAA basketball games. Her music has also gone overseas with her touring in Moscow, Russia.

While music has always been her greatest passion, Felicia was always fascinated with medicine and helping people – she obtained a degree in nursing while also pursuing a solo career. In June 2015, she was diagnosed with carcinoid cancer. While undergoing six rounds of chemotherapy and extensive abdominal surgery, Felicia wrote and recorded her EP, “The Balancing Act.” She states, “This EP came to be as a way to cope while I was dealing with cancer. I wrote music to help me get through an extremely dark time. I put my heart and soul in it, completely writing and producing it with all live instrumentation. It is, without a doubt, my strongest body of work to date and a reminder that something beautiful can come out of something so horrible.” Today, while she still goes in for regular check ups with her oncologist, there is no evidence that the disease exists in her body.

In February 2017, Felicia joined the cast of NBC’s “The Voice,” competing on Blake Shelton’s team.  She was a stand out from day one, singing show-stopping ballads including: “All I Could Do Was Cry,” “Titanium,” “My Heart Will Go On” and “Defying Gravity.” Felicia’s story inspired millions of cancer survivors and musicians alike and set the stage for the release of her EP. 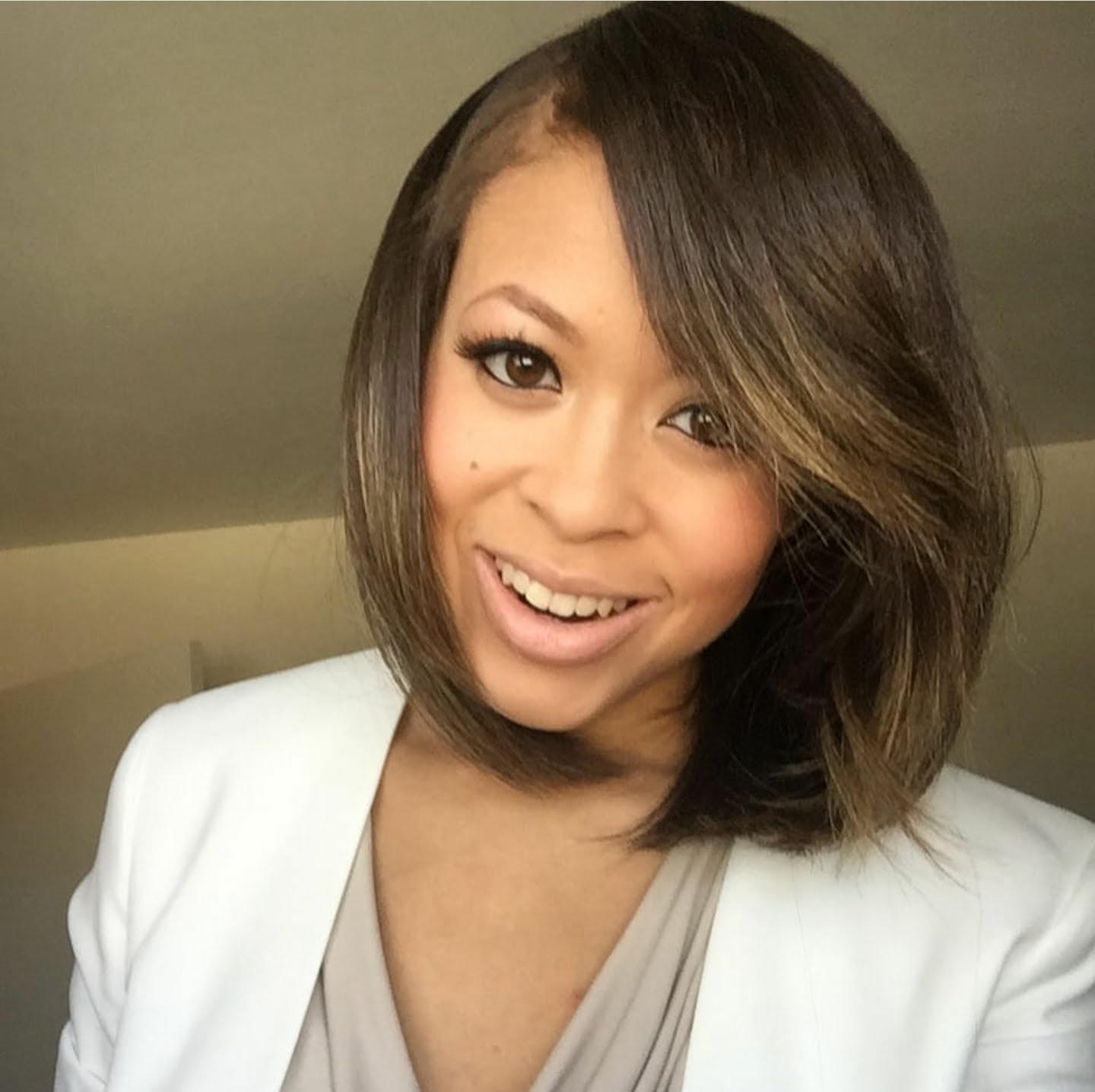