Today, Donna Missal shared “How Does It Feel,” the soaring slice of luscious shoegaze that opens her new album, Lighter, which will be released on July 10 via Harvest Records. Download/stream “How Does It Feel” HERE and listen on YouTube HERE.

Donna – who has amassed over 33 million global streams in her career to date – wrote the track with Andrew Wells (X Ambassadors, Bebe Rexha, Fitz and the Tantrums), who produced the album, and Anthony Rossomando, whose credits include co-writing the Oscar-winning song “Shallow.”

“I hope this song finds the cracks in your heart and fills them with light,” says Donna Missal. “I hope this song can turn your disconsolateness into aspiration, and wrap its arms around you the way I wish I could right now. I hope this song meets your unrest with a challenge to desire and believe in dreaming for more.”

Lighter is an album about fragility, self-acceptance and self-discovery. It’s a timeless work from an artist who’s not playing by anyone else’s rules. Fans who pre-order the album in digital format will instantly receive “How Does It Feel” plus the singles “Let You Let Me Down” and “Hurt By You.”

“Donna Missal is a powerhouse vocalist” declared Flaunt in this recent feature article. MTV News observed, “‘Let You Let Me Down’ [is] a rock-infused breakup ballad…Her smoky vocals simmer to a satisfying crescendo in the final refrain.” The Honey Pop noted, “[Donna] can pull you through various emotions just with her voice, and ‘Let You Let Me Down’ is a prime example of her talent. It’s got powerful, poetic lyrics… a self-realization anthem.” “Hurt By You” was named as one of the “Best Songs Of The Spring” by Refinery29. NYLON noted, “This song was made for rolling the windows down and speeding on the backroads.” Praising Donna’s 2018 debut album, This Time (Harvest Records), Earmilk said, “A sound like this cannot be missed…we’re in full orbit around this star.”

Rounding out a breakout, LA rock band The Score—Eddie Anthony and Edan Dover–unveil their new single “Stronger” via Republic Records. Get it here!

The Score siphoned a spirit of urgency into this forthcoming body of work. Inspired by rap-adjacent artists a la Post Malone and K. Flay, they amassed a growing arsenal of analog synths to “get away from the riff-based and stomp-clap organic drum sound and move to an evolving sound where the drum machines, synthesizers, and guitars worked together.”

Writing at a Hollywood and Vine spot, they joined forces with a bevy of high-profile collaborators, JT Daly, The Heavy, Adam Hawkins, and Dave Bassett and shocked that vision to life.

The song comes right in the middle of their Revolution Tour where they’ll be making stops are Brooklyn’s Rough Trade on September 25th and Los Angeles’ The Moroccan Lounge on October 18th, See full tour dates here.

The band stands out as a fiery genre-defying phenomenon, incinerating the lines between rock, pop, indie, and electronic. Powered by ubiquitous anthems such as “Oh My Love,” “Legend,” and “Unstoppable,” the boys racked up 600 million cumulative streams within three years’ time over the course of two EPs–Unstoppable and Myths & Legends.

As they ignited venues across North America, in addition their music has been used in campaigns for Jeep, NBA, and beyond.

Alt-pop-rock singer/songwriter ENZI backs up her dynamic stage presence with a voice of startling power, range, and expression. With a sound that’s youthful with an aggressive edge, her music rides an emotional range from ethereal to audacious. Her provocative lyrics, infectious hooks, and driving rhythms borrow attitude from rock but are grounded in earnest emotion.

ENZI’s 2016 EP, Echoes, released under her born name Kenzie Culver, is the result of a Denver talent search in which she was chosen from hundreds of competitors. Her enthusiastic online following has resulted in nearly 100,000 of YouTube views on her first music video, “Are You with Me”. The track is an anthem for a generation on the rise and for those, like her, who have struggled with serious health issues. “I’m a firm believer that music heals the soul,” ENZI says.

After her debut, ENZI has had the privilege of opening for national headliner’s such as Blue October, Parachute, Night Riots and TONIC.
ENZI’s recent single, “Afraid of Being Saved,” earned her semifinalist status in the 2017 Unsigned Only Music Competition, International Songwriting Competition and Music City Song Star. Additional awards include first place in both the Colorado You Got Talent Competition and the Keptone Battle of the Bands, advanced band division. She also earned the Stars of Tomorrow People’s Choice Award and was named the Colorado Ambassador for music therapy charity Blue Star Connection. She has played prominent venues throughout Colorado, including the famed Mishawaka Amphitheatre, Ryan Seacrest’s Denver Seacrest Studio, New West Fest, The UMS, and People’s Fair.

ENZI’s soon to be released song, “Flipside” just earned her a top 5 spot for iHeart Radio KTCL 93.3’s Big Gig 2018 show where she will share the day with 30 Seconds to Mars, K.Flay, Walk The Moon and more!

ENZI’s pop-alternative empire continues to grow with frequent airplay, streaming, and performances all around the state of Colorado, and soon across the nation. 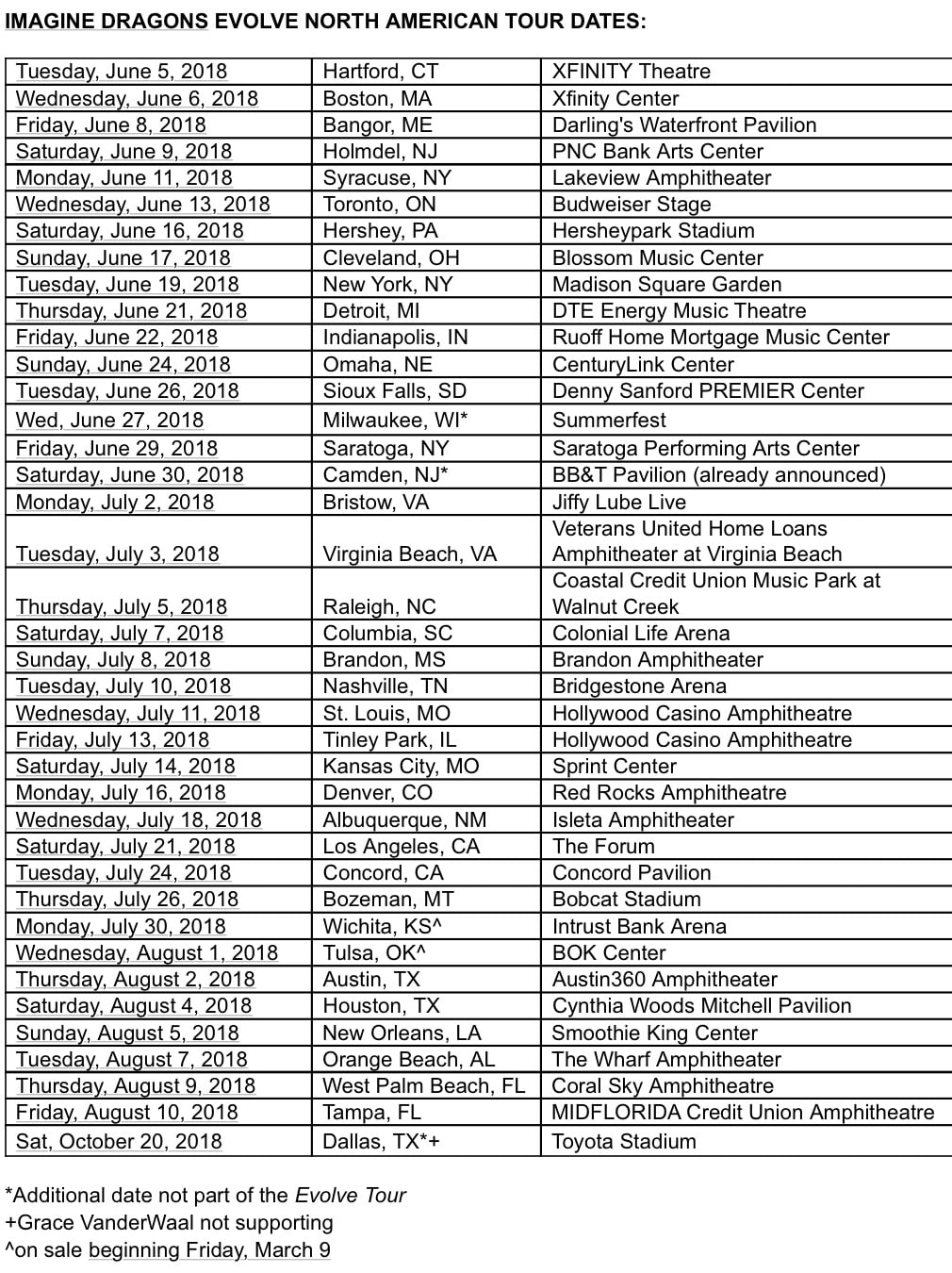 UK recording artist Yungblud, whom NME has said carries himself like “a hyper-addictive mix between rapper Eminem and Johnny Rotten,” releases his self-titled debut EP today via all digital partners. Listen to Yungblud HERE.

With his frenetic take on alt-pop equally inspired by punk, hip-hop, and UK garage, Yungblud uses breakneck flow and tongue-in-cheek attitude to deliver pointed lyrics about everything from gentrification to disenfranchisement to addiction without getting heavy-handed. “I want my music to always have a message, but I don’t want to preach to anybody,” says the Northern England native, whose given name is Dominic Harrison. “This music’s just an outburst of emotion and anger, and everything else going on in my head.”

The Yorkshire-born, London-based Yungblud, produced by Matt Schwartz – known for his work on Massive Attack and Kylie Minogue, and brought to Geffen/Interscope by executive producer Martin Terefe who has worked with Jason Mraz and KT Tunstall.

The EP features “King Charles” and “Tin Pan Boy” (which Wonderland called “a bold and biting call to social justice”) and the current single “I Love You, Will You Marry Me,” which takes its title from a real-life, ill-fated marriage proposal spray-painted at a public housing project in South Yorkshire. Watch the live performance video for “ILYWYMM” HEREand the self-directed video for “Tin Pan Boy” HERE. The EP also includes two brand-new songs, “Anarchist” and “Polygraph Eyes,” a seedy portrait of a Saturday night out that also serves as a delicate commentary on consent and “lad mentality.”

In a recent profile of Yungblud, Wonderland raves about his “captivating songwriting,” while Nylon notes that “Harrison imbues every ounce of raucous energy into songs that defy genre.” NME has called him “utterly thrilling” and says that “what makes Yungblud so intriguing is the versatility in his material already, and how confident he feels about pulling it all off.”

Yungblud, who is on the road in Europe through early February, hits the road for a U.S. spring tour with K.Flay beginning March 12 in Washington, DC. “If you ever get the chance to see him perform live, his passion is evident in the way he throws himself around the stage, spitting ferocious lyrics at the front row and strutting around with the confidence you only have if you were born to do something,” writes Wonderland.

Self-directed by Yungblud, the video for “Tin Pan Boy” is, in his own words: “my opportunity to create a visualization of the shit I saw in my head when I wrote the song. I wanted to show the high energy, angry, yet slightly mad side of my personality. It’s the first time I’ve directed anything and I had such an insane time. It was amazing to watch a mental idea I had come to life.”

The massive redevelopment of Denmark Street in London’s Soho neighborhood and the subsequent eviction of independent businesses inspired the song.

Emerging from the gritty north of England 19-year-old YUNGBLUD brings to the stage an explosion of raw energy and thought-provoking lyrics. He has created his own blend of alternative rock: poetry, guitar-hooks and break-beats with a fierce determination to make a dent in pop-culture.

Check out YUNGBLUD on the road with K.FLAY:

“With the “Ahead Of Myself” video, we wanted to take something that everyone takes for granted in music videos and turn that on its head,” says X Ambassadors lead singer Sam Harris. “Instead of lip-synching along to the words, the vocals would be recorded live, in the moment. We hoped to create something vulnerable and imperfect with this video, because that’s what the song is all about – embracing your fears and still diving in head-first.”

X Ambassadors’ latest single “Ahead Of Myself” is currently climbing up the Alternative Radio chart as the band gets ready for their inaugural Cayuga Sound Festival which will take place in their home town of Ithaca, NY on September 23rd.  The festival will feature performances by X Ambassadors, The Roots,  K.Flay, The Knocks, Margaret Glaspy, Jukebox the Ghost, Tei Shi and more. A portion of the proceeds will benefit local non-profits including Friends of Stewart Park, The Ithaca Youth Bureau, GIAC, Planned Parenthood Ithaca, Community School of Music & Arts and others. For more information on the festival, and a full list of local vendors and  partners, visitwww.cayugasoundfestival.com