This year marks the  200th St. Patrick’s Day Guinness will share with America, the latest reminder of the two-century connection between a legendary brewery and its good friends across the Atlantic. Once again, in the days and weeks leading up to March 17, it’s time for us all to embrace the stories we tell,  the memories we make and the bonds we build over a pint of Guinness.

The Guinness brand is encouraging all Americans, 21 years and older, to make a simple pledge (assuming they’ve already promised to drink responsibly, of course): gather with friends, new or old, toast to the many things we all have in common…and give a ‘Stache. Indeed, this St. Patrick’s Day, the Guinness ‘Stache – that unmistakable hint of foam left behind on the upper lip after the first sip of stout – is back as a symbol of the goodness and the Irish-ness that lives within all of us.

From now through March 31, 2018, when adult beer lovers share photos of their ‘Staches – self-grown and groomed, drawn-on, or Guinness-enhanced – on social media (tagging @GuinnessUS and using #StacheForCharity), Guinness will donate $1 (up to $100,000) to the Guinness Gives Back Fund*, which supports nonprofits that contribute to the common good in our communities, including Team Rubicon, a veteran-led disaster response organization.

“Over the past 200 years, so much has changed – yet so much has stayed the same, like people coming together to raise a pint of Guinness with their friends on St. Patrick’s Day,” said Guinness Brand Director Emma Giles. “We are proud to be part of such an enduring tradition that celebrates Irish heritage and, when it comes down to it, the power of friendship. The Guinness ‘Stache is a great way to bring that to life in a fun way for a great cause.”

The symbol of the ‘Stache will appear alongside Guinness brand activity at bars and restaurants and on social media throughout the St. Patrick’s Day season, including in some digital content that pays homage to 200 years of mustaches in America. To spread the word about the bonds a ‘Stache can build, the brand is releasing additional digital content that will help us all reflect on the friendships we cherish – and some very recognizable Guinness fans will also get involved in spreading the word.

In addition, it’s time for the latest limited-edition Guinness Draught cans, which will hit shelves in time for St. Patrick’s Day. The ongoing series celebrates the famed Guinness ad campaigns of the 1930s and ‘50s. While it doesn’t have a mustache, the kinkajou – which we thought was a sloth at first – will be featured on this version.

Whether you’re making a new friend or meeting an old one, having a Guinness Draught, or ordering up any other Guinness beer this St. Patrick’s Day, please respect the beer and drink responsibly. 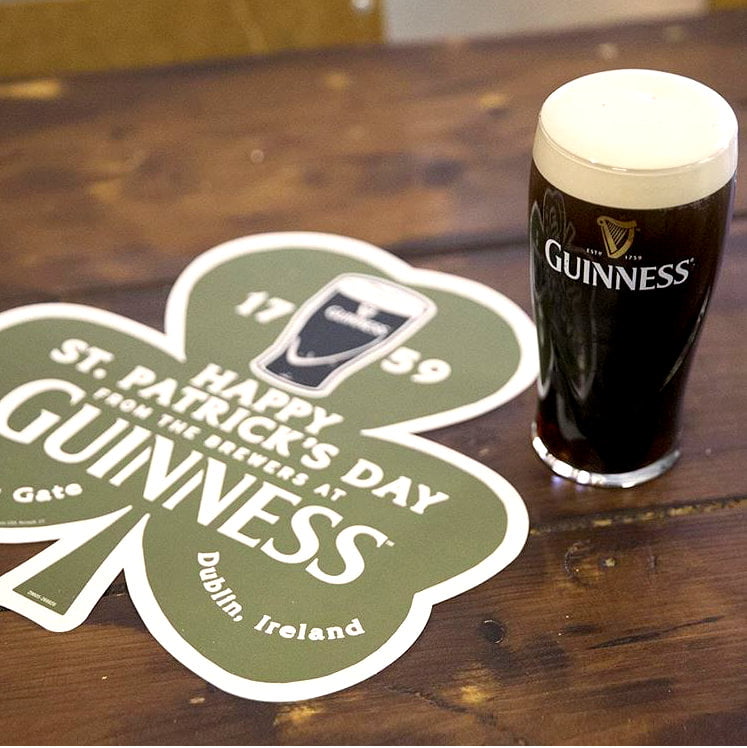 *The Guinness Gives Back Fund is a corporate donor advised fund administered by Fairfield County’s Community Foundation. The Fund’s mission is to support local charitable organizations which are classified under Section 501(c)(3) of the Internal Revenue Code that are aligned with the corporate focus areas of Diageo North America, Inc.