SLO Brew & Liquid Gravity Brewing Co. have come together to craft a Coconut Coffee Stout in an effort to raise awareness against race-based injustice as a part of the Black is Beautiful initiative. Today the collaboration is going live for presale. Drink well, do good.

Brewed in a 20 BBL batch with 1800 lbs of malt for toasted notes of caramel followed by light additions of CTZ hop to tease a slight bitterness. This deep, rich brew is layered with fresh ground coffee & coconut for an 8% summer stout.

We are incredibly humbled to join up with our friends Liquid Gravity Brewing Co. down the road & hundreds of breweries worldwide to raise awareness for race-based injustice. As part of the Black is Beautiful beer initiative we will be making a collective donation to the NAACP SLO County Branch. Get in on the good stuff.

CHEERS TO TWO HUNDRED YEARS: THE STORY OF GUINNESS IN AMERICA

Iconic Irish Brewer to Release Limited Time Brew for the U.S. and Host Celebrations On Its East and West Coasts for 200th Anniversary

The story begins on October 16th, 1817 with a single line in a brewer’s log. The handwritten note reveals the first eight barrels of Guinness beer – a porter to be exact – meant for America would make their arrival in South Carolina. Ever since then, the bond between America and Ireland has continued to grow, from Irish immigrants searching for a better life to  community leaders to, of course, Guinness and the countless pints – shared responsibly – with the people of the United States.

The anniversary this fall is a celebration of a 200-year love affair between a brewery and a people: Guinness and America. There’s no better time than now for the Guinness brand to say thank you to America by introducing the limited-edition Guinness 200th Anniversary Export Stout; bringing back a few favorite stout releases for a festive variety pack; and hosting a pair of public events in New York City and Los Angeles.

“Two things have always been at the heart of the Guinness brand since our founding in 1759: brewing great beer and sharing our story,” said Emma Giles, Guinness Brand Director. “When we started brewingbeer for America 200 years ago, that story became a shared one. Now, every time you share a pint with someone else, another chapter begins.”

Guinness 200th Anniversary Export Stout is the latest beer created by the Open Gate Brewery – the pilot brewery located at St. James’s Gate in Dublin – where Guinness brewers experiment with new styles and reinterpret historical brews. Inspired by a recipe Benjamin Guinness – the son of Arthur Guinness – originally developed in 1817, this beer is brewed with Black Patent Malt and Golding Hops and has a 6% ABV.

“We took a look at that export stout’s recipe from 1817 in our brewing records and used that as our inspiration here, but it’s not just an homage to who we were as brewers then or who America was as a country,” said Peter Simpson, Head Brewer at the Open Gate Brewery in Dublin. “We’re also using this beer as a way to show how much we’re looking forward to the next 200 years. We knew it had to be special, and we really think this throwback recipe captures exactly what we wanted from 1817 all the
way through 2017.”

This October, Guinness will also release its newest limited-edition Guinness Draught cans, featuring artwork from the legendary Guinness ads from the 1930s and the 1950s that featured various zoo animals. Previous limited edition cans have featured the much-loved Guinness toucan and tortoise, among other works.

The 200 Years of Stout in America Mixed Pack – also on its way from Guinness – will bring back a few favorite stout recipes to add to the festivities. The full list of celebratory releases includes:

Along with Guinness 200th Anniversary Export Stout, these brews will be available in stores nationwide, as well as at 200th anniversary celebrations held in New York and Los Angeles this October. Guinness fans of legal drinking age in New York can sign up to attend here: Guinness Open Gate Public House.

While the past 200 years are the reason for celebration, the next 200 years have even more possibility. The newest chapter in this Irish-American story will be set in Maryland, where the first Guinness brewery on U.S. soil in more than 60 years will open in 2018. The brewery’s name, the Open Gate Brewery & Barrel House, is a combination of the pilot brewery at St. James’s Gate and a nod to the plan for this new brewery to be a center for barrel-aging beer. The new home for Guinness in the U.S. will also be the permanent brewing site for Guinness Blonde American Lager and other new beers created
specifically for the states.

Whether you’re celebrating the 200th anniversary of Guinness in the U.S. or toasting to the next 200 years, please remember to drink responsibly. 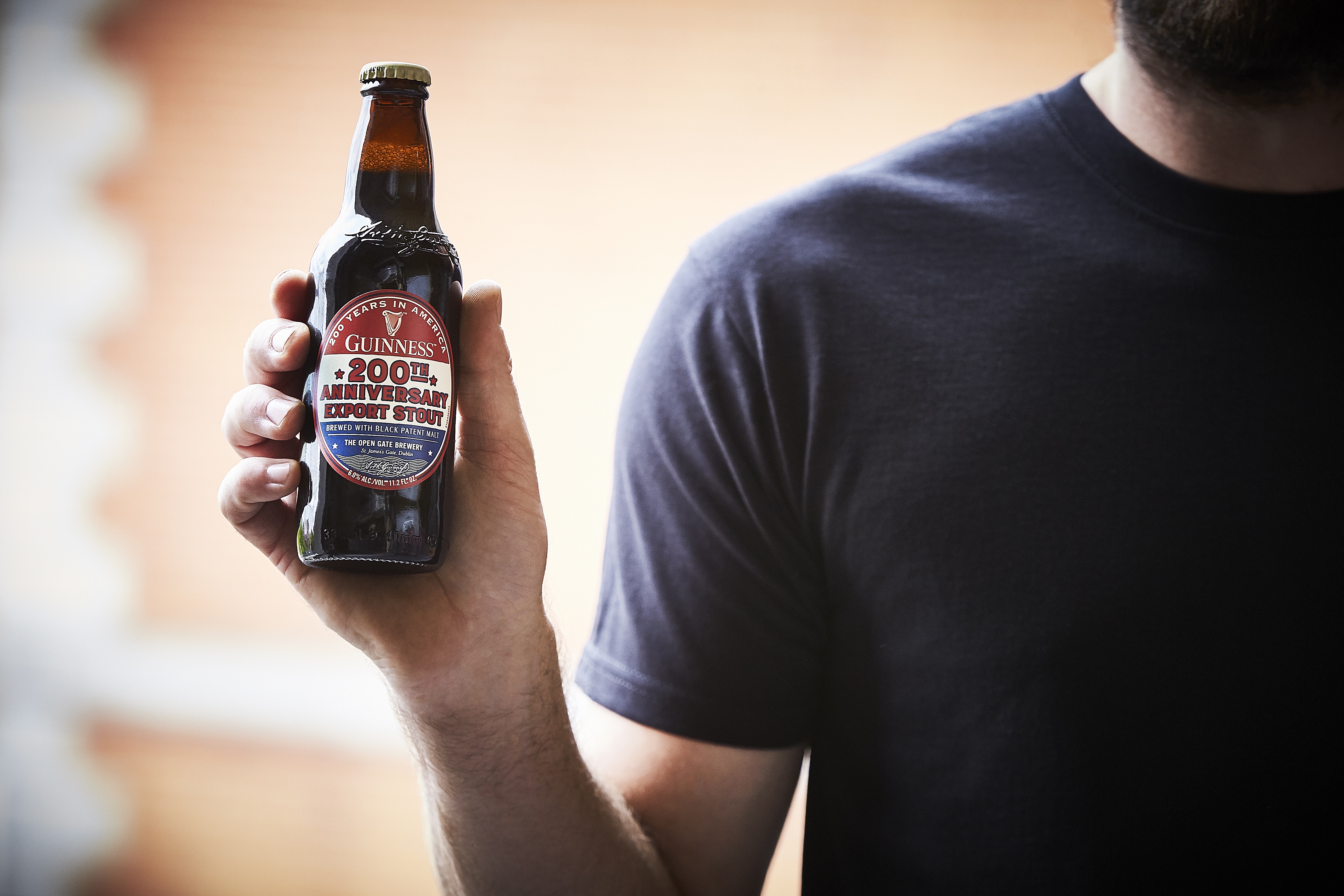 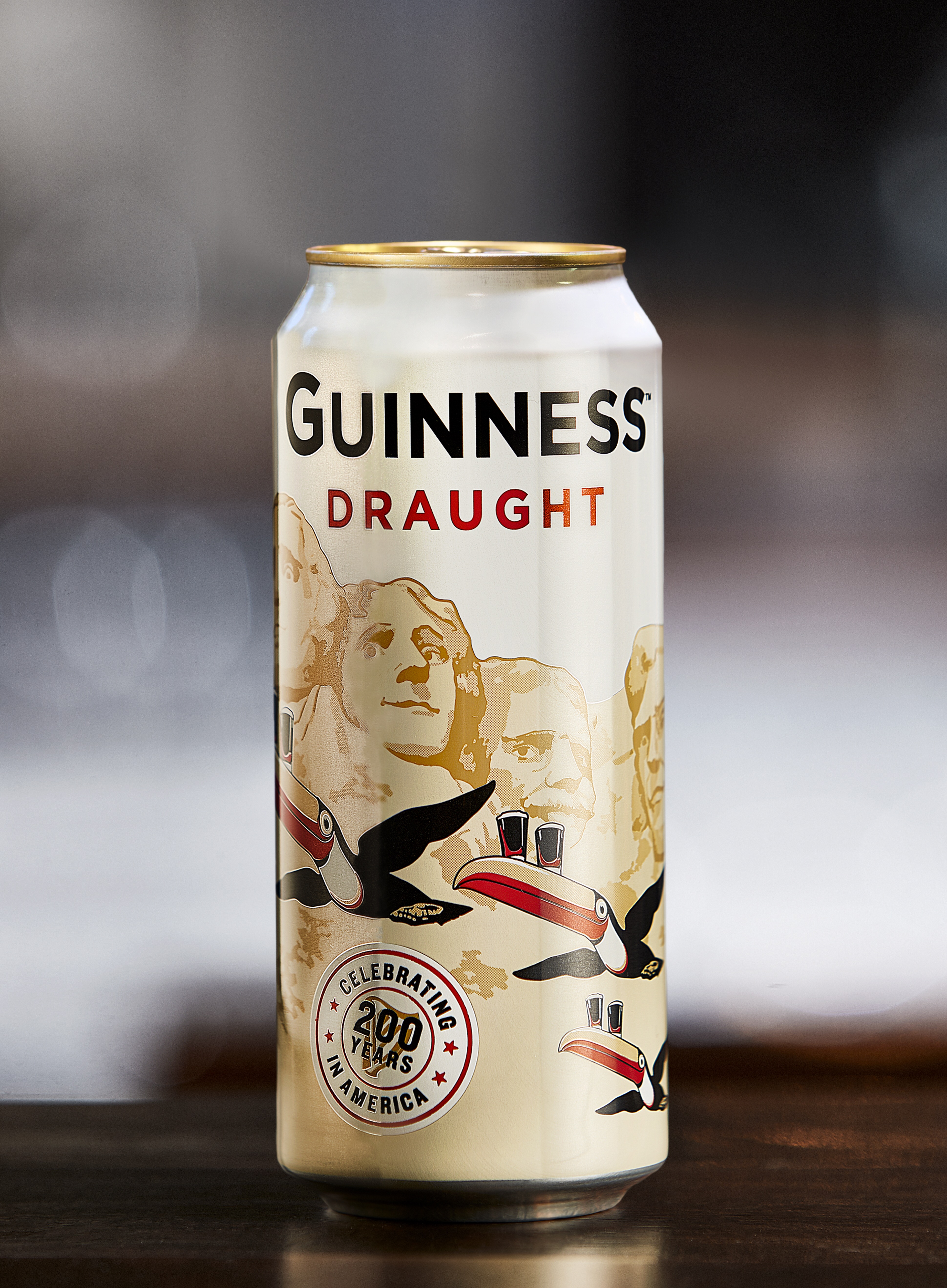 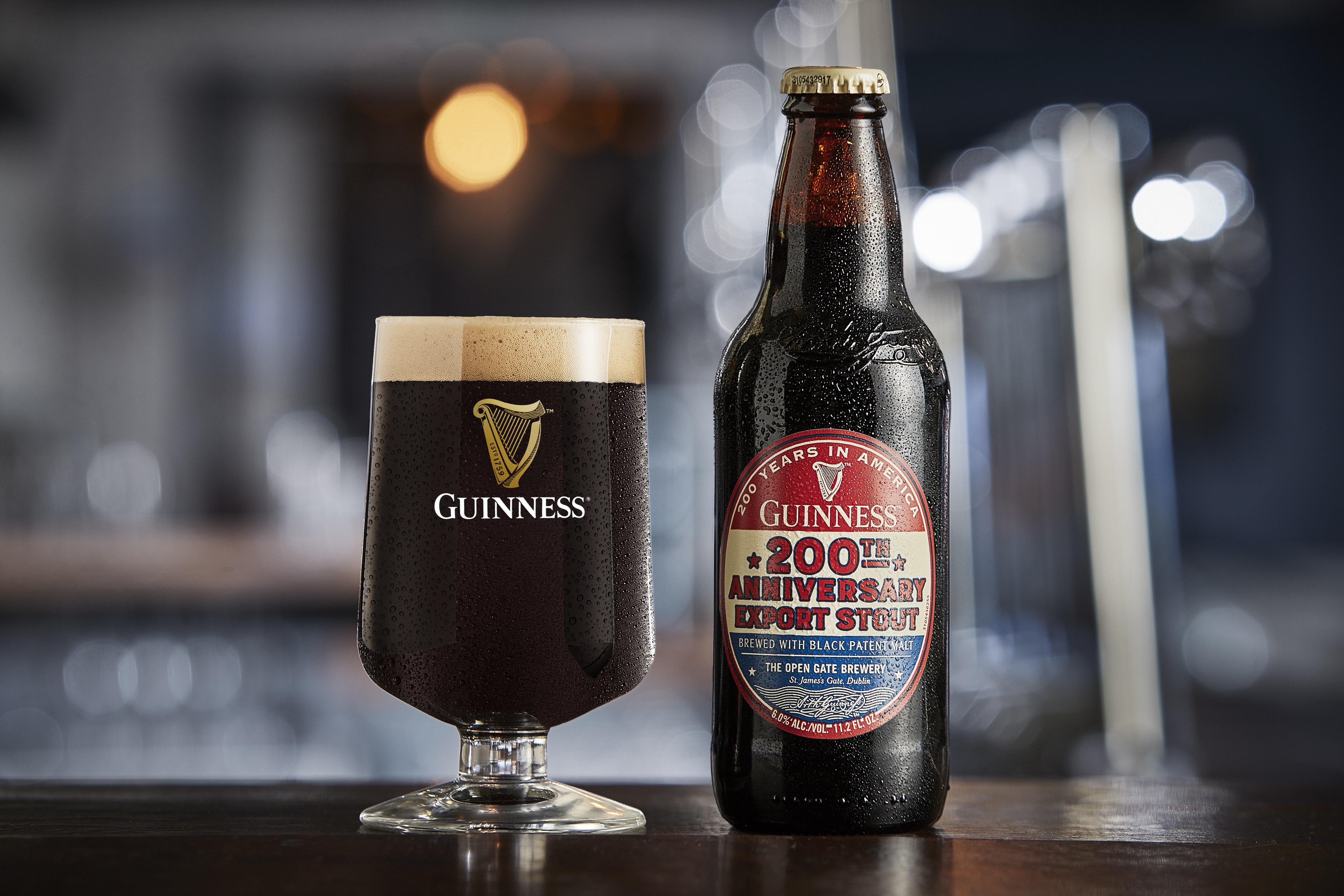 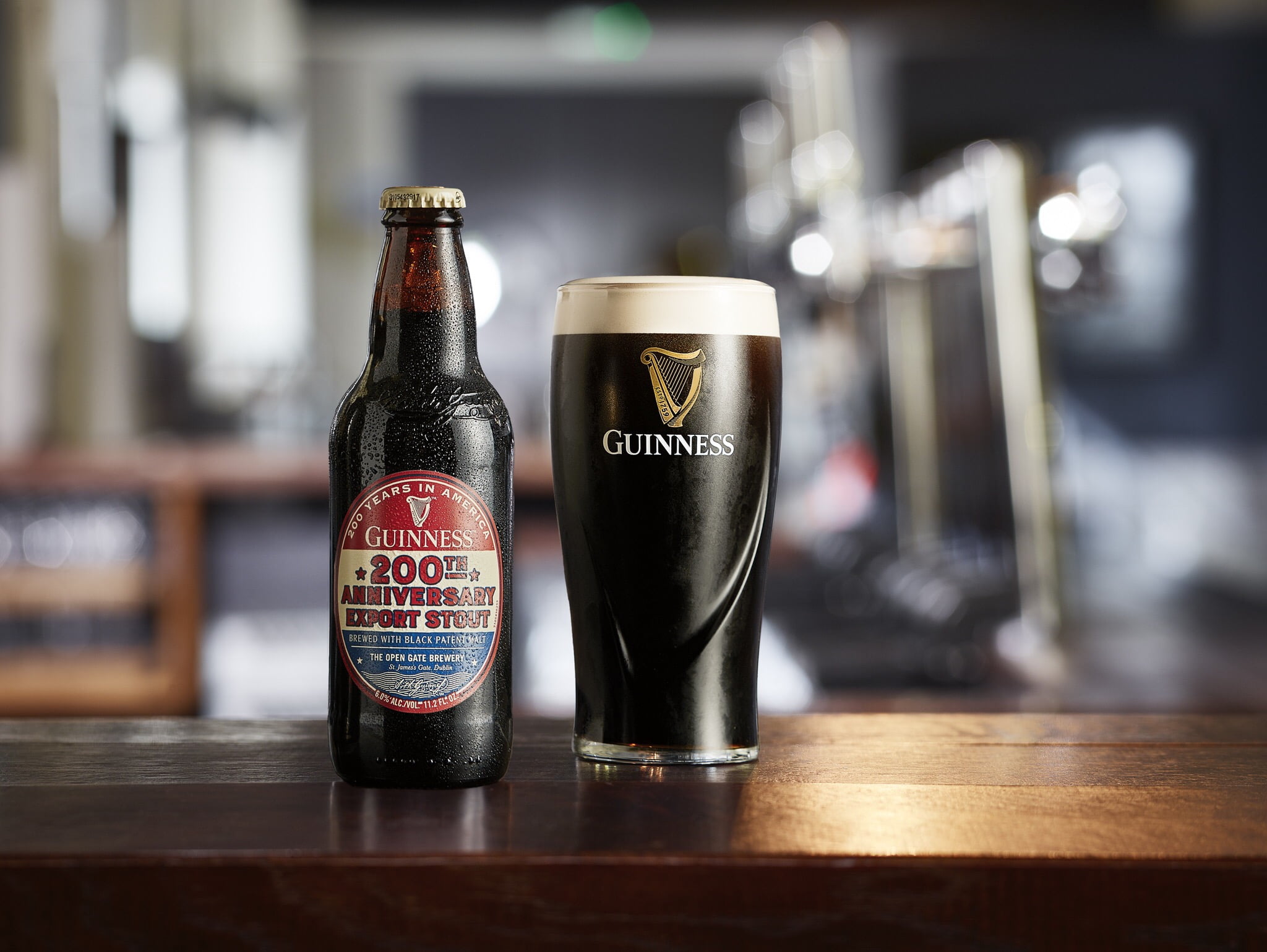 Diageo Beer Company, USA (formerly Diageo-Guinness USA) is the U.S. beer and flavored malt beverage business of Diageo. Brands within Diageo Beer Company include the iconic Guinness, Harp, Smithwick’s and Smirnoff ICE. Diageo is a global company, with its products sold in more than 150 countries worldwide. For more information about Diageo Beer Company, visit at www.diageo.com