The 20th Anniversary multi-format anniversary edition reissue of U2’s global smash hit album All That You Can’t Leave Behind – featuring a brand new 12-track remaster of the record and a 51-track Super Deluxe box set – is out now!

To celebrate the release, Live In Boston – the concert film capturing the band’s June 2001 Elevation Tour performance – will be available to watch via live stream here. Tune in at 11:00 am PT / 2:00 pm ET TODAY to catch the film plus a Q&A with Adam Clayton and The Edge, hosted by the BBC’s Jo Whiley. Also available on-demand here for 48 hours throughout the weekend.

A three-track EP titled “Trilogy,” featuring two previously unreleased remixes unearthed in the band’s Dublin archives, will be available on all DSPs on Friday 13th November.

All That You Can’t Leave Behind is the tenth studio album from U2. Released in October 2000, the original 11-track record included the hit singles “Beautiful Day,” “Stuck In A Moment You Can’t Get Out Of,” “Elevation,” and “Walk On” and went to Number 1 in 32 countries around the world. Produced by Daniel Lanois and Brian Eno and recorded in Dublin and France, All That You Can’t Leave Behind won 7 Grammy Awards, including Best Rock Album, and is the only album in history to have multiple tracks win the award for Record Of The Year (‘Beautiful Day’ in 2001 and ‘Walk On’ in 2002).

The brand new remaster of the album is available as a 12-track version and includes an additional track, “The Ground Beneath Her Feet,” in all formats of the reissue.

12.  The Ground Beneath Her Feet

AXS TV announced today that the network is airing 14 episodes of the multi-award-winning music series Live From Daryl’s House—premiering on Sunday, April 19 at 9 p.m. ET/6 p.m. PT. AXS TV has curated a roster of the popular series’ episodes, highlighting an eclectic blend of artists that will appeal to the Network’s diverse audience.

Live From Daryl’s House was created in 2007 by Rock & Roll Hall Of Famer Daryl Hall, who wanted a show where he and his talented friends could hang out and rock out in a relaxed atmosphere. The Webby Award-winning program quickly took the music world and the Internet by storm with its unique format, as Hall welcomed a new artist into his domain each week to enjoy some local cuisine and conversation, as well as an unforgettable jam session. Since that time, Live From Daryl’s House has transformed into a nationally syndicated television series, attracting some of the biggest names in the industry and amassing a loyal following of fans eagerly anticipating the next new episode.

“Hey everybody, I am happy to say that the original at-home show is back on TV,” said Hall.

“I’m thrilled to be partnering with AXS TV, which in my opinion, is the best house on cable for Daryl,” commented Executive Producer Jonathan Wolfson.

“The launch of Live From Daryl’s House marks an evolution for AXS TV, as we actively seek to broaden our reach by putting a focus on the top artists of today,” said Sarah Weidman, Head of Original Programming, Development and Multi-Platform Content for AXS TV. “This is an incredible opportunity for music lovers of all ages to see an eclectic lineup of music legends and modern favorites put their skills on full display in a unique and intimate setting. The series joins a growing roster of both original and acquired content that gives viewers in-depth insight and unprecedented access to the entertainers they enjoy, and we look forward to sharing these exciting new additions with our audience next month.”   Live From Daryl’s House was created by Daryl Hall and is executive produced by his manager Jonathan Wolfson. The show is produced by Sound Off Productions. The series is distributed by Northstar Media.   For more information about Live From Daryl’s House, visit the show’s official website. AXS TV is available nationally in the United States and parts of Canada and the Caribbean. The Network is distributed via Spectrum, the AT&T TV platforms DirecTV and U-verse, DISH, Verizon, Suddenlink, select Comcast markets, SlingTV and Philo, among others.

AXS TV is a leading music, entertainment, sports and lifestyle U.S. cable network controlled by Anthem Sports & Entertainment Inc., and originally founded by entrepreneur Mark Cuban. The network is currently available in 50 million homes and on digital platforms, including Philo, Sling TV and AT&T TV NOW. AXS TV’s programming appeals to an impassioned fanbase, delivering eclectic content in a wide variety of areas including music performances, celebrity interviews, documentaries, pop culture, combat sports, and professional wrestling. The channel is the home of IMPACT Wrestling, one of the world’s largest entertainment properties, and the English-language broadcasts of the top Hispanic MMA promotion Combate Americas; as well as original programming featuring legendary newsman Dan Rather and music icon Sammy Hagar, among many others.  For a list of providers and territories, visit axs.tv/subscribe. 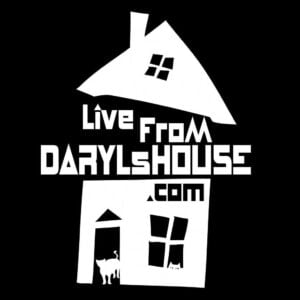 Sting and Shaggy are excited to unleash the official video for ‘Gotta Get Back My Baby’ today featuring Golden Globe-nominated actor Steven Bauer (Scarface/Breaking Bad) and directed by Michael Garcia. The track appears on Sting & Shaggy’s collaborative album 44/876 (Cherrytree/A&M/Interscope Records), which to date has spent sixteen weeks atop Billboard’s Reggae chart. Watch the video HERE.

Set in Miami and inspired by the hilarity and hijinks of classic buddy-cop TV shows and films, the light-hearted video sees the pair playing detectives reporting to their police Captain (Bauer) and partnering up for a host of frenzied action and stunts on a mission to find Roxy, a dangerous fugitive, in an exhilarating visual that encapsulates the spirit of the duo’s compelling and dynamic partnership.

Check out a making-of the video EPK here: http://bit.ly/2CyAfCO

Hailed “one of the most anticipated concerts of the year” and “a reggae rock dance party that never lets up,” Sting & Shaggy are currently on the road with their 44/876 Tour in North America, before heading to South America later this month in October and Eastern Europe in November. For complete tour itinerary, please visit: www.sting.com/tour.

While in the US, Sting is currently at No. 1 on Billboard’s Hot R&B/Hip-Hop Songs chart and No. 2 on Billboard’s Hot 100 with JuiceWRLD’s “Lucid Dreams” which samples “Shape of My Heart,” written by 16-time Grammy Award winner, Sting and his longtime guitarist, Dominic Miller.

UPCOMING CONCERTS MARK THE NEXT CHAPTER OF THE

KICKING OFF ON JANUARY 19th IN OMAHA, NE

AT THE HOLLAND PERFORMING ARTS CENTER

Live Nation Urban and TCG Entertainment recently announced a series of A Night of Symphonic Hip Hop, featuring Wyclef Jean. The series kicks off in Omaha, NE on January 19th at the Holland Performing Arts Center backed by the Omaha Symphony, and then heads to Columbus, Ohio on February 17th backed by the Columbus Symphony at the Ohio Theater, followed by an evening in St Louis, MO on March 9th backed by the St. Louis Symphony Orchestra at the Powell Hall, and finally a performance in Dallas, TX on May 2nd at Winspear Open House with the Dallas POPS. Additionally, a show in Jacksonville, FL is to be announced. Tickets for the initial four dates are on sale now and available at the links below.