Today, Grammy Award-nominated powerhouse producer, DJ, and Taylor Gang affiliate TM88 and Broward Country rapper Smokepupp drop “RR”. Listen HERE. TM88 and DJ Moon cook up a mesmerizing melodic beat taking listeners on a trip through Smokepurpp’s memories detailing his come up, mistakes he’s made and nights at the strip club. The track is co-produced by Atlanta’s rising producer DJ Moon. He’s worked with Wiz Khalifa, MadeInTYO, Asian Doll, and Moneybagg Yo. “RR” follows up TM88’s rock-rap fusion track, “Slayerr (feat. Lil Uzi Vert).” “This is my first gem of the year. The wait is over. I want to start the year off right releasing this song I did w Smokepurpp and Moon,” says TM88, “Def got many more surprises to come for the year. I been working with everyone and 88 Effect still on the way.” TM88 is a staple in the Atlanta trap scene and hip-hop. As an artist he holds over 70 million streams and has collaborated with Lil Uzi Vert, Young Thug, Future, Juicy J, Gunna, Moneybagg Yo, Wiz Khalifa, Project Pat, Lil Yachty, Valee and more. Under his belt, TM88 has production credits building an impressive discography of both superstars and rising rappers from Drake “Company”, to 21 Savage “Drip”, to Travis Scott “Nothing but Net” to the late XXXTENTACION “going down!”. Not to mention TM88’s somber infused beats are a key component to Lil Uzi Vert’s global smash-hit “XO Tour Llif3.” The record is currently seven-times platinum certified from the RIAA. Cementing himself as a singular voice within Atlanta, TM88 maintains his position at the forefront of the pack. In fact, he does more than just influence the style of his hometown; he regularly pushes it to level up. He went from selling beats for $40 a pop at 12-years-old to co-founding 808 Mafia and eventually arriving as a solo musical force on the heels of a string of smashes.

Listen to A Love Letter To You 4 HERE.

Trippie also announces his Love Me More Tour hitting the US and Europe in 2020 with dates in LA, NY, Chicago, Atlanta and more cities.

The 20-year-old has achieved multiple gold and platinum singles and racked up a staggering 5 billion streams since he hit the scene two years ago, and he has also notched two Top 5 debuts on the Billboard Top 200 (in just five months) with 2018’s A Love Letter To You 3 debuting at #3 and 2018’s LIFE’S A TRIP debuting at #4. His latest project ! also debuted at #3.

Since the release of his initial EP, Awakening My InnerBeast in 2016, Trippie Redd has become one of hip-hop’s most coveted workhorses releasing seven EPs, four mixtapes, and two studio albums. album, !, which reached the third spot on the Billboard Hot 200 Albums Chart.

A different kind of superstar, Trippie Redd continually defies convention, breaks rules, and bucks the system with his conjuration of lovelorn melodies, bulletproof rapping, and insidious infectiousness. Everyone from Spotify and Rolling Stone to XXL have touted his rapid rise.

Hailed as one of the best and most diverse East Coast festivals, Moonrise annually draws in over 35,000attendees per day. Festival organizers Club Glow and Steez Promohave a proven track record for throwing unforgettable large-scale entertainment events, and with Moonrise touching all corners of the dance floor, from electro and dubstep to house and rap, this year’s highly anticipated festival will be no different.

Watch the video HERE and listen to the EP HERE

In “Finally,” Jordan continues his trend of having cinematic visuals working with his longtime video director Christian Breslauer. The opening scene finds him in the center of a storm. This symbolizes Jordan’s feelings about people who betrayed him. He was hurt but instead of dwelling he channels that energy into hustling harder. The final scene displays half the room waking up from a slumber, which symbolizes people are finally starting to notice Jordan Hollywood.

“Finally” has so many different emotions for me. These built up emotions turned me into a new person. People counted me out. People turned their backs on me. People have been sleeping on me my whole career. Now people are finally waking up,” said Jordan on the video.

Jordan has been in the game as a co-writer for French Montana, Jason Derulo, and more. He spent time ghost writing for different rappers. Jordan has been releasing music since 2011 as a teenager and has collaborated with Yo Gotti, Lil Baby, Ronny J, Tory Lanez, Lil Durk, Hitmaka, and longtime producers SkipOnDaBeat (G-Eazy, Kodak Black) and platinum record making producer Smash David (Big Sean, Khalid, Chris Brown). Jordan comes from the diverse Broward County, the same area that spawned a slew of rappers from Kodak Black, Smokepurpp, Lil Pump and the late XXXTENTACION.

Check out these shows at Shrine Expo Hall this Fall!

Underoath with Dance Gavin Dance, Crown The Empire & The Plot In You Erase Me Tour

BROCKHAMPTON’s “I’ll Be There Tour”

Tickets for the 29th are available here!

Tickets for Dec. 8 are available here!

Don’t miss any of these and check them out before it’s too late!

Los Angeles based rapper Jack Bruno and Florida rapper Smokepurpp partner with HighSnobiety to premiere the mind-altering “DVL on my SHLDR.” The hypnotically bouncy Suits produced track has become a fast fan favorite with over 1 Million streams so far. With Louie Knows’ direction, the collaborative music video starring Bruno and Purpp explores how enticing temptations can quickly leave you dumbfounded in an obscure daze.

“‘DVL on my SHLDR’ came together really fast,” Bruno explains. “Being an artist on tour you have lots of temptations thrown at you all the time and you have to stay focused otherwise that shit will take you down. I thought the track had a Smokepurpp vibe to it and I’d seen him every now and again but we never really hung out. I just rolled thru and it happened super organically.” “We also shot the video in NYC, it was a cool little party vibe. We kept on coming up with ideas on the spot, like having multiple versions of me performing at the table. Purpp been getting more into directing shit so he was shooting a lot of ideas too, and of course Louie Knows is a rockstar director so it was just an easy cool video to do.” His brand new “DVL on my SHLDR” music video follows Bruno’s Hit-Boy produced song “Ciggy Said Light” featuring Playboi Carti that Complex raved was “a mosher” and Billboard declared a “banger.” Fans can catch Bruno currently on tour this summer opening on the Wiz Khalifa and Rae Sremmurd Dazed & Blazed Tour, Tekashi 6ix9ine World Domination Tour and Juice WRLD on the WRLD Domination Tour. Remaining tour cities listed below.

Hip-hop newcomer Lil Mosey is headed for even more recognition as he releases the visual for his latest single, “Noticed”. Produced by Royce David, the track features Lil Mosey’s signature melodic flow as he confidently raps about his come up. The accompanying video was directed by the esteemed Cole Bennett and will debut on his YouTube channel, Lyrical Lemonade. The release comes as Lil Mosey joins The WRLD Domination Tour, headlined by artist Juice WRLD. The tour kicks off in Lil Mosey’s hometown of Seattle, Washington on July 21. Check out the video for “Noticed” HERE.

Lil Mosey first garnered serious attention when his single, “Pull Up” went viral at the top of 2018. With a prime feature on the popular site, Elevator, fans quickly flocked to the 16-year-old emcee’s SoundCloud for more of his laidback, trippy style. This year alone, Lil Mosey has played SXSW, Rolling Loud and toured alongside Smokepurpp. He also made a recent appearance at New York Fashion Week. With an active social media following, the artist has become known for his bold and outspoken personality, leaving fans hanging onto his every word. 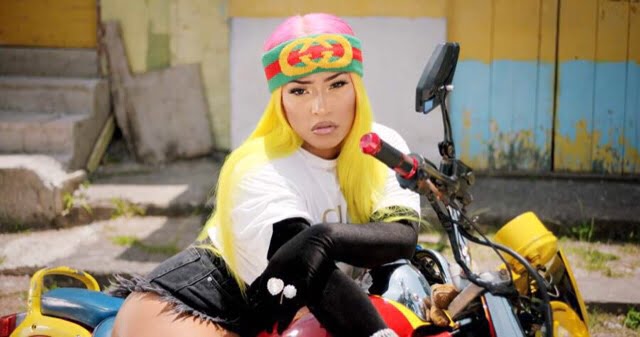 POST MALONE WELCOMES SMOKEPURPP TO THE STONEY TOUR THIS FALL 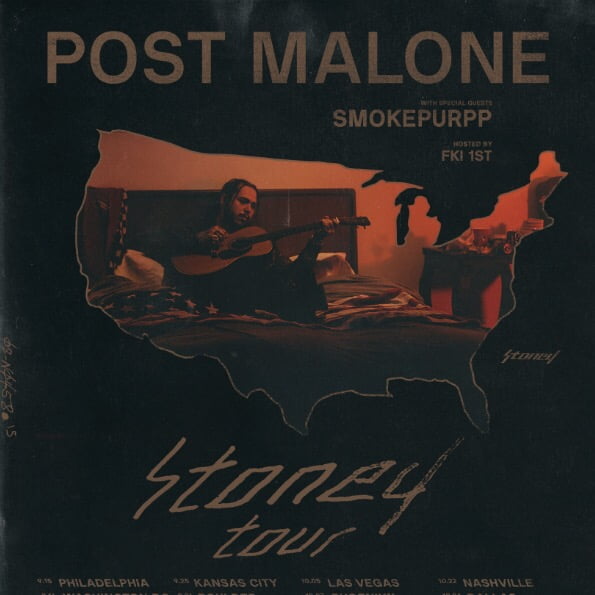 As if his Stoney Tour couldn’t get any hotter, he now welcomes Smokepurrp along for the ride as support. This promises to be his biggest, boldest, and best North American tour to date, which kicked off in Boston at the House of Blues last night tonight.

Get tickets HERE. Check out the full itinerary below.

Post’s debut album, the 2016 powerhouse RIAA Certified Platinum debut Stoney, has remained a TOP 10 STREAMING ALBUM for 38 consecutive weeks since its December 2016 release and has made Post Malone the MOST STREAMED NEW ARTIST with over 3 Billion Streams globally. Tracks include his first Hot 100 Top 10 entry “Congratulations” [feat. Quavo] (5x-platinum), the breakout “White Iverson” (4x-platinum), “Go Flex” (platinum), and “Too Young” (platinum). Moreover, the multiplatinum Dallas maverick continues to consistently hold down a spot in the Billboard Top 200. 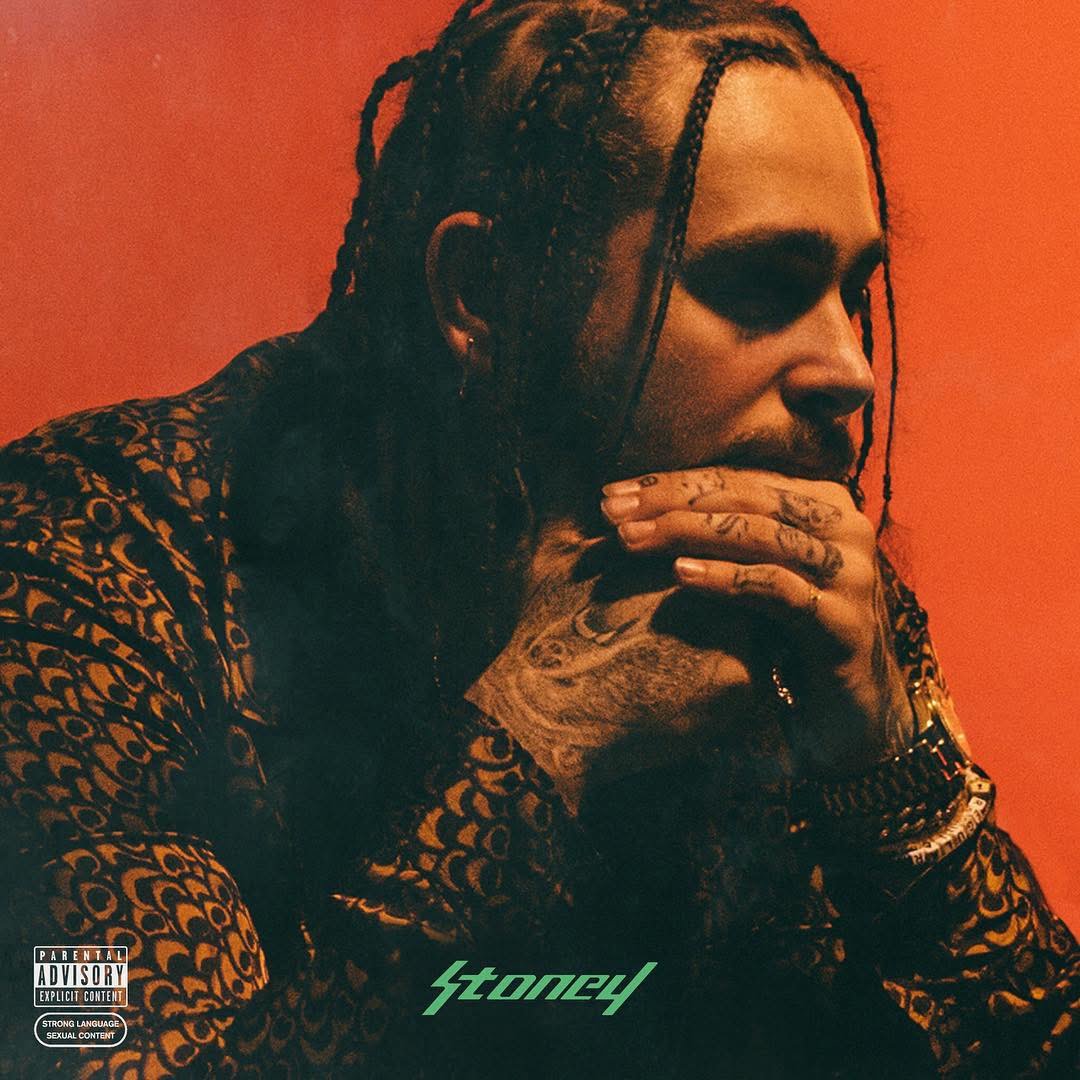