Last month Maisie took the stage at CBS‘s Late Late Show with James Corden for an electrifying performance of her viral single “Cate‘s Brother.” The episode was part of Corden’s special run of shows from London and landed in the midst of a 5 night stand at London’s Wembley Stadium supporting Ed Sheeran‘s “+–=÷x Tour.” Watch the performance HERE.

Recently announced, Maisie‘s North American headline tour dubbed ‘i’m telling the whole of america tour’ is selling fast. The 5-date run kicks off on November 4th with a sold-out show at Hammerstein Ballroom in New York and makes stops in Toronto (SOLD OUT), Chicago (VENUE UPGRADED), and San Francisco (SOLD OUT) before wrapping at The Wiltern in Los Angles on November 14th. For tickets and more information on Maisie’s upcoming North American tour please visit HERE.

Last month, Maisie unveiled “Cate’s Brother (Matt’s Version),” a stripped-back version of her viral song featuring British singer-songwriter Matt Maltese. No stranger to a TikTok hit – his own, ‘As The World Caves In’, exploded on the platform during lockdown – Matt joined Maisie to expand the ‘Cate’s Brother’ universe, and shared his response to the original story.

Released in May, the original version of “Cate’s Brother” arrived to critical acclaim and has already cracked 8.7M million streams. Based on a true story, Maisie initially teased the track live from a studio session in February and with an overwhelming response from her fanbase, continued working on the song in real time, sharing everything from Cate’s first listen reaction to debut performances. Upon release, Billboard praised the track as “fantastic” adding “the storytelling beneath the wiry pop-rock production is top-notch” while People declared Maisie as “pop’s next big thing.” Consequence of Sound described the track as “vibrant, playful and fun” and hailed, “If there was ever any doubt that Peters can oscillate between more delicate, introspective tracks over to crowd-ready bops like this, let ‘Cate’s Brother’ be the end of the conversation.”

Before amassing over half a billion global streams, Maisie spent time honing her craft in sessions across London, LA and Nashville, creating songs for her 2021 debut album ‘You Signed Up For This’ alongside the likes of Ed Sheeran, Steve Mac, Fred again.., Johnny McDaid, Miranda Cooper, and producers Joe Rubel (Tom Grennan, Benjamin Francis Leftwich), Afterhrs (Niall Horan, GRACEY), Rob Milton (Easy Life, Holly Humberstone) and Brad Ellis (Jorja Smith, Little Mix). With an innate gift for storytelling, crafting relatable, diary-entry songs, ‘You Signed Up For This‘ is both Maisie’s coming of age story and a love letter to girlhood; penned with the wit, charm and quiet confidence that has seen her ascend from busking on the streets of Brighton to signing with Ed Sheeran‘s Gingerbread Man Records and selling out her entire 2022 North American ‘You Signed Up For This‘ tour.

Returning home after her sold-out 19-date ‘You Signed Up For This‘ tour, which included standout shows at The El Rey and New York’s Webster Hall, Maisie is playing to a further 2.5 million+ people this summer as support on Ed Sheeran‘s ‘+–=÷x Tour’ in Europe and working on the follow up to her acclaimed debut album ‘You Signed Up For This.’

Also Conan will be joining Panic! At the Disco on select dates! See itinerary below

Panic! At The Disco tour dates

The Crocodile (SOLD OUT)

The Observatory (SOLD OUT)

Music Hall of Williamsburg (SOLD OUT)

U Street Music Hall (SOLD OUT)

The Foundry at The Fillmore (SOLD OUT)

The Sinclair (SOLD OUT)

The Loving Touch (SOLD OUT) 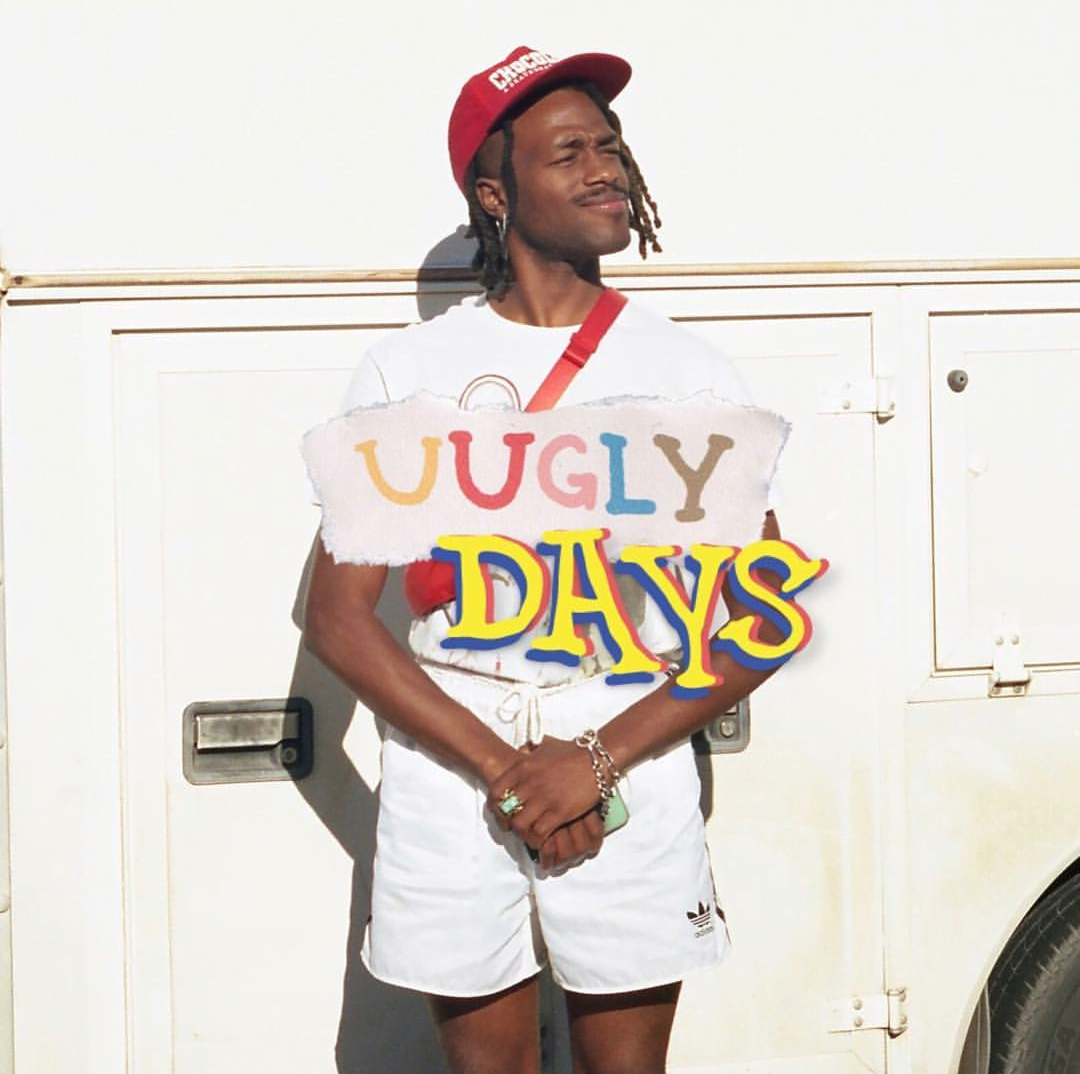 A multi-faceted creative, Duckwrth’s artistic outlets extend outside of music and into design, fashion and video. Along with creating unique artwork for his most ambitious body of work yet, an XTRA UUGLY Mixtape ,Duckwrth’s gender-fluid clothing designs have been featured everywhere from LA Weekly to Nylon. His music videos have earned placements from the likes of The Fader, NOWNESS, and Hypebeast, to name a few. Bringing a unique identity of masculinity and femininity to his music, Duckwrth’s vivacious and free-spirited approach has earned him comparisons to a millennial Prince or Jimi Hendrix. 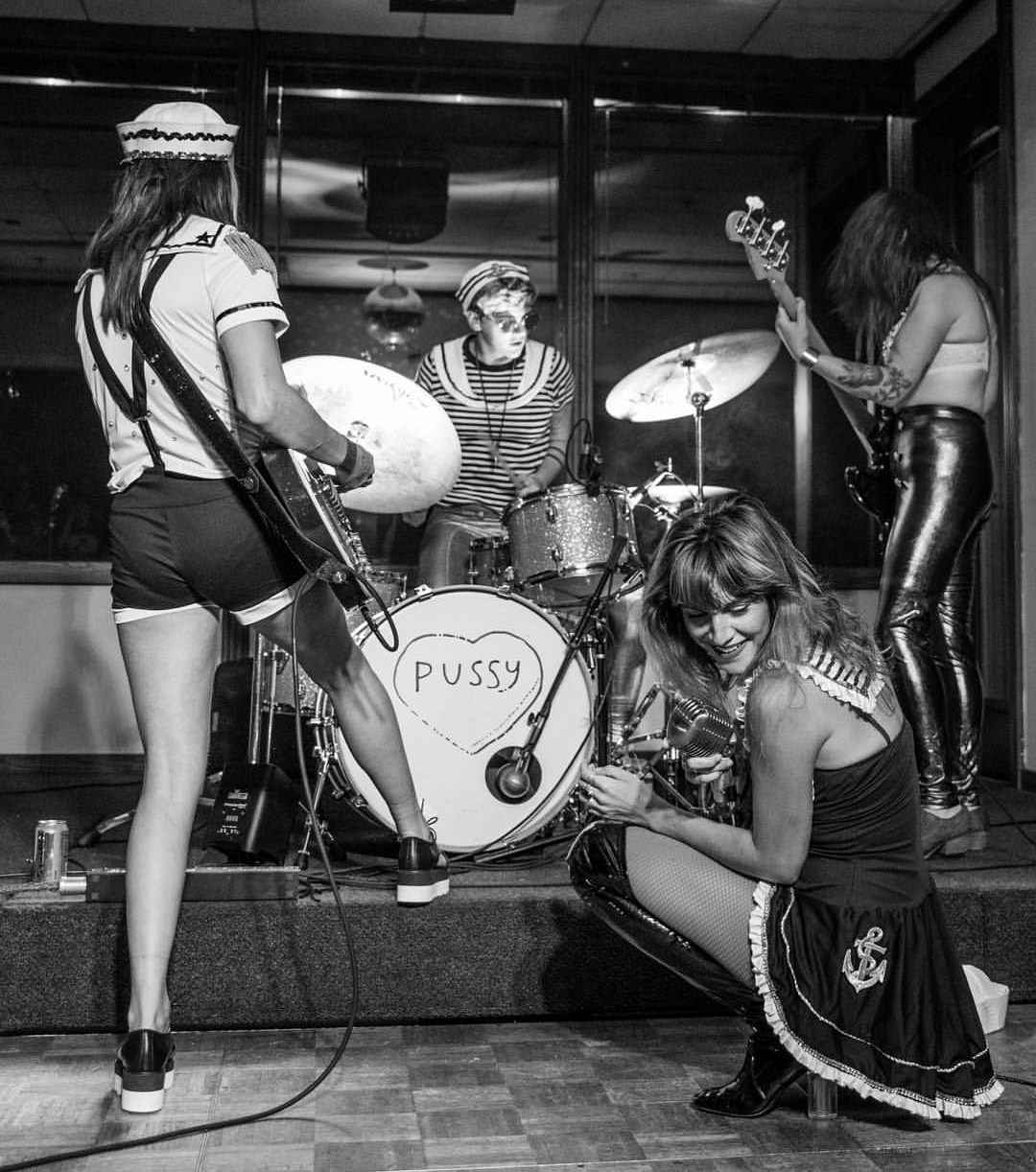 If Thor’s Hammer of the Gods from “Immigrant Song” landed in the hands of four wise, willful, and wild women? Well, it would sound something like Thunderpussy. The quartet—Molly Sides [vocals], Whitney Petty [guitar], Leah Julius [bass], and Ruby Dunphy [drums]—do the most rock ‘n’ roll thing possible and quite literally fuck up every rock ‘n’ roll stereotype you know to be true, piercing the halls of Valhalla in the process. The Seattle-based group turned into a quiet phenomenon with the endorsement of Rolling Stone and Pearl Jam guitarist Mike McCready as well as a string of already legendary performances under their high-waisted belts. 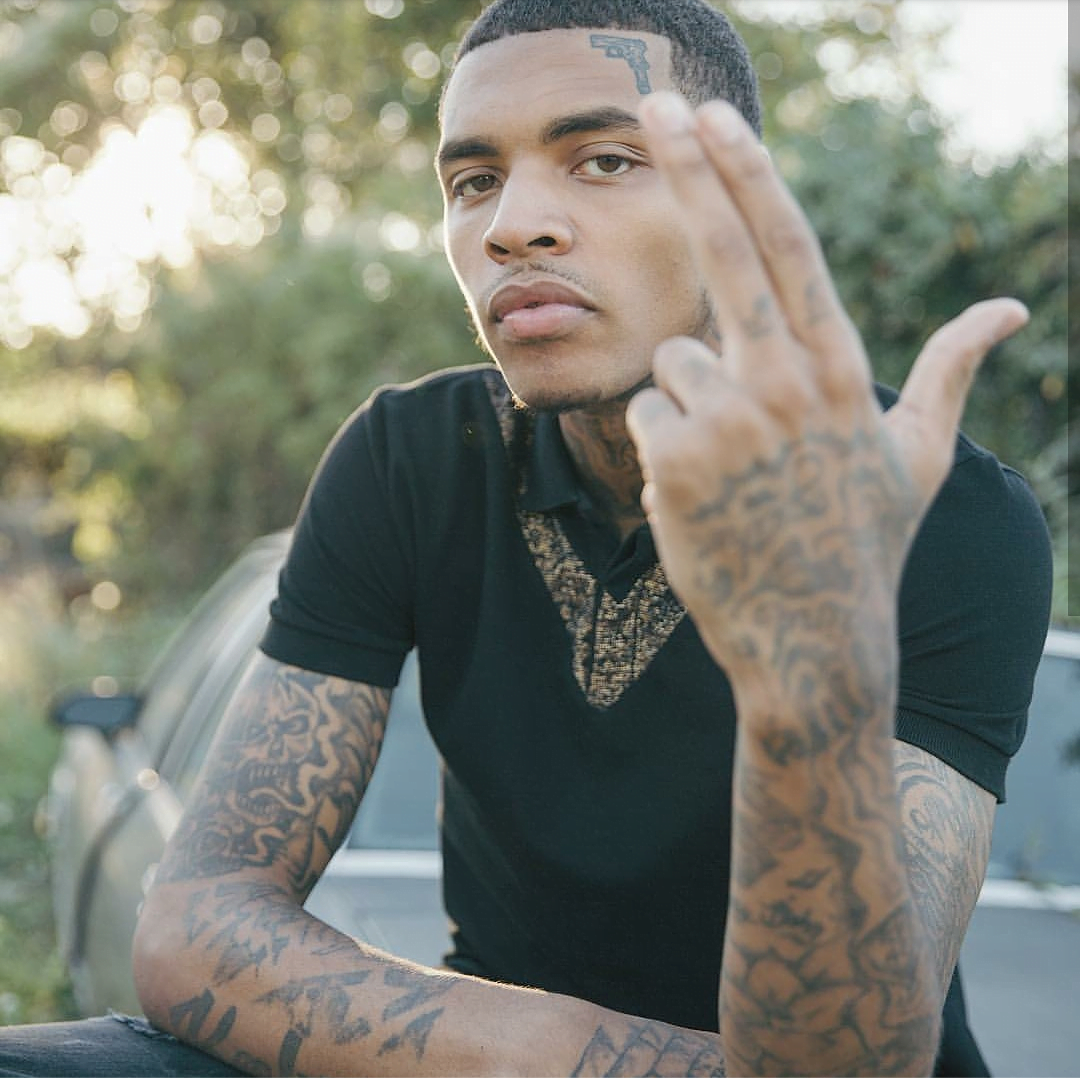 In 2017, Bandhunta Izzy blasted out of Baltimore, MD with the fieriest bars on the Mid-Atlantic. Songs like “BBB” [feat. Benjamin Blue Sleepy] amassed over 1.9 million YouTube views as his recent “Gummo Freestyle” (6IX9INE Remix) scored over 1.3 million views and earned widespread fan praise. His prolific output garnered the attention of Republic Records who signed him early last year. 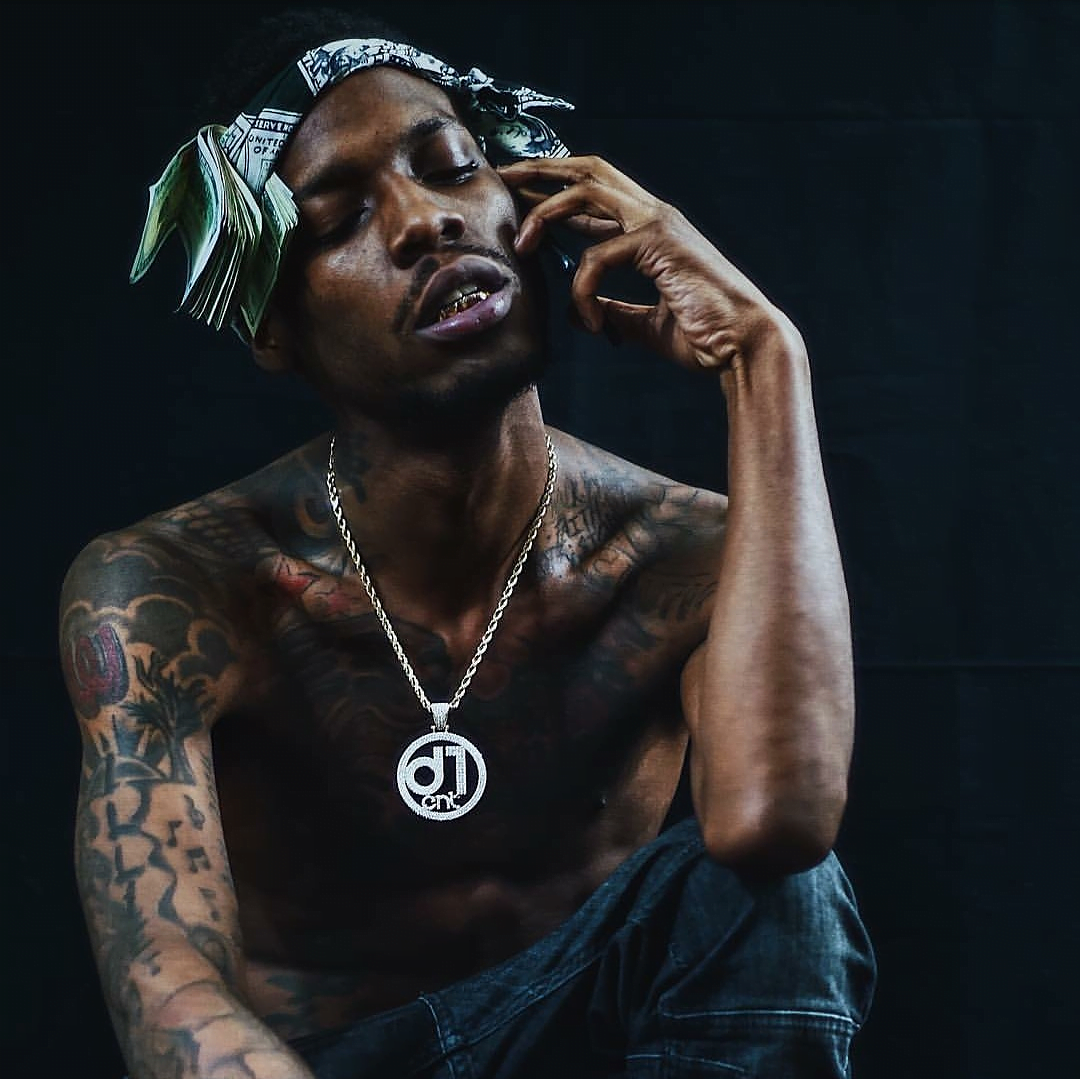 In 2013, WillThaRapper confidently stepped into the hip-hop ring sporting a controlled intensity matched only by his tireless quiet grind. The 20-year-old Southeast Washington, D.C. rapper carved out a burgeoning following with his breakout “Hang Wit Me” and a string of buzzing mixtapes: 17 N Savage and Beat Bully Vol. 1 in 2014 and 2015’s Street Runner, On Site, and Beat Bully Vol. 2. Glowing praise would come from XXL, Vibe,The Fader, and Noisey who dubbed him “one of [the DMV’s] newest rising stars.” 2017 saw him ink a major label deal with Republic Records as his fiery single “Pull Up Hop Out” racked up 5.4 million Spotify streams in under a month’s time. 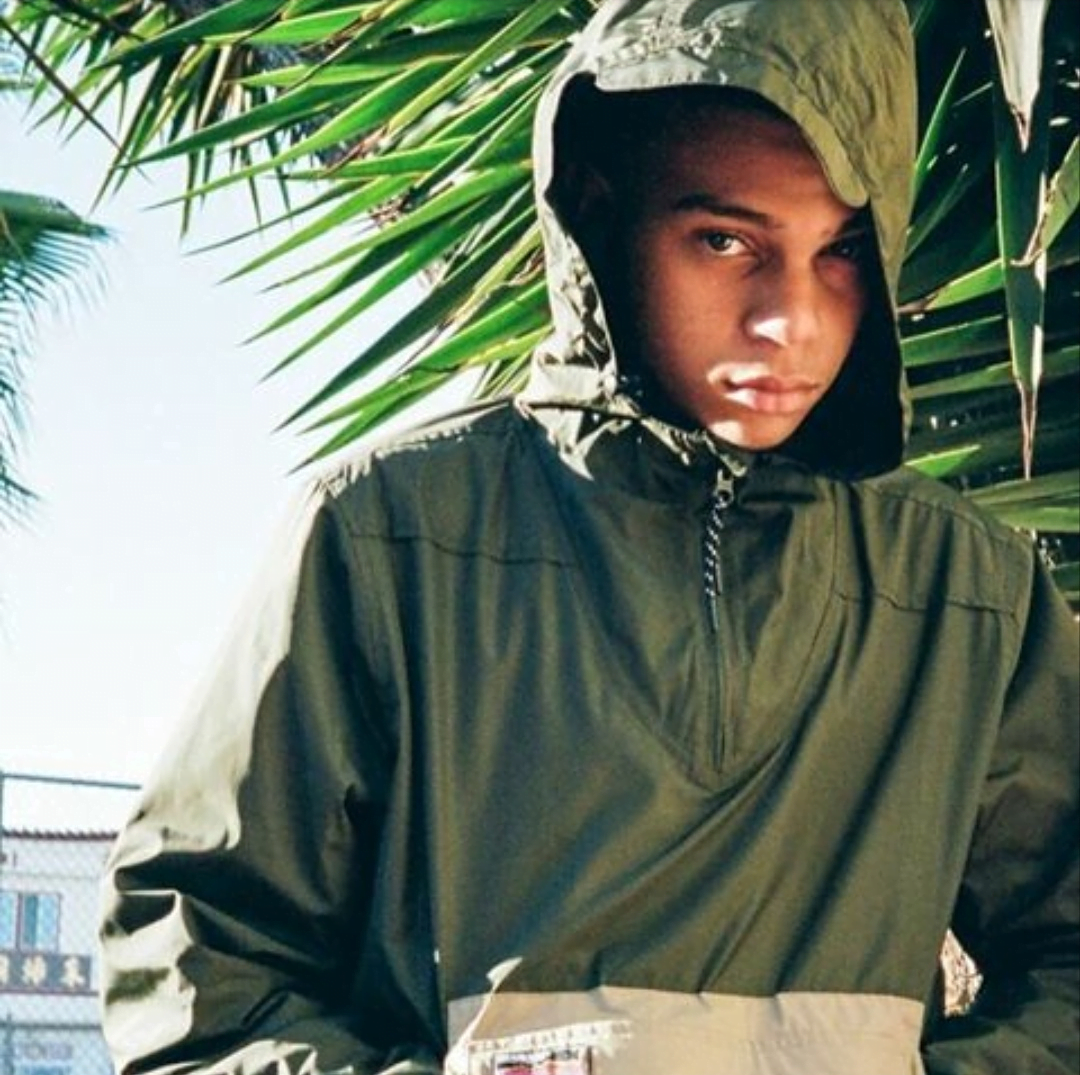 D Savage quietly crawled from an underground phenomenon to the brink of mainstream disruption within the span of just two years, igniting a cult-like following in the process. Lighting Soundcloud up with no upload less than a million plays, his 2017 banger “I Know II” generated over 16 million streams in under six months, while his very first song “30 Round Clip” cracked 7.8 million and counting. Signed to Victor Victor Worldwide and Republic Records by industry leader Steven Victor, he undoubtedly will turn heads with every bar throughout 2018 and beyond. 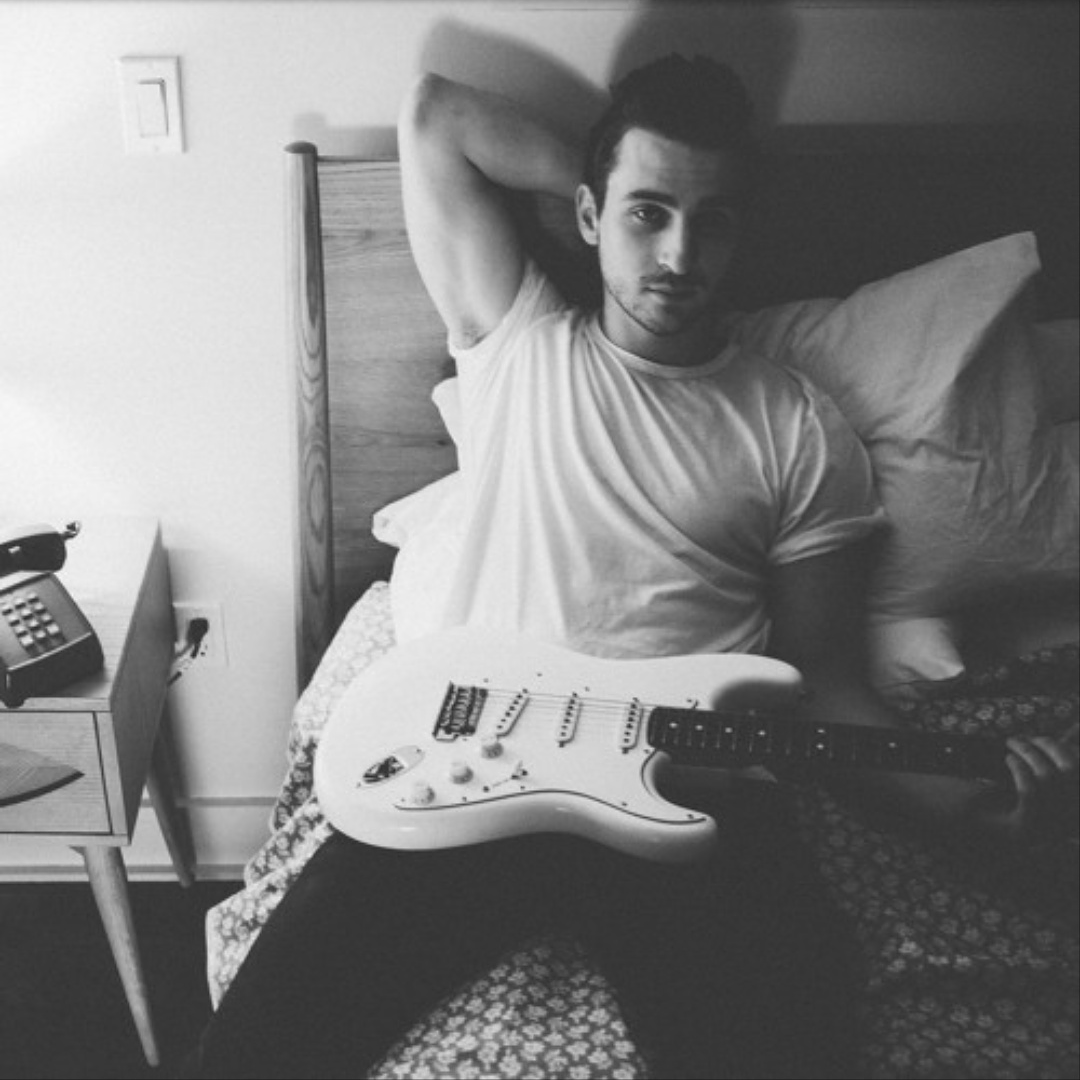 Rising vocalist and multi-instrumentalist Two Feet is responsible for the viral track, “I Feel Like I’m Drowning.”Hailed by BAEBLE as “sultry,” and praised by Hillydilly as “one of his strongest tracks” watch and share the video here. The song follows the success of viral hit “Go Fuck Yourself,” streamed more than 80 million times to date. The video is Two Feet’s response to the organic spread of the track within the pole arts community, which has generated hundreds of videos sound tracked by the song—watch it here. After selling out all of his North American Tour Dates including Los Angeles’ El Rey and Brooklyn’s Music Hall of Williamsburg he is set to perform on numerous festival stages this summer including Bonnaroo, Austin City Limits, Lighting in a Bottle and makes his SXSW debut this year. Two Feet signed to Republic Records soon after and released First Steps, followed by another EP, Momentum, in June 2017. 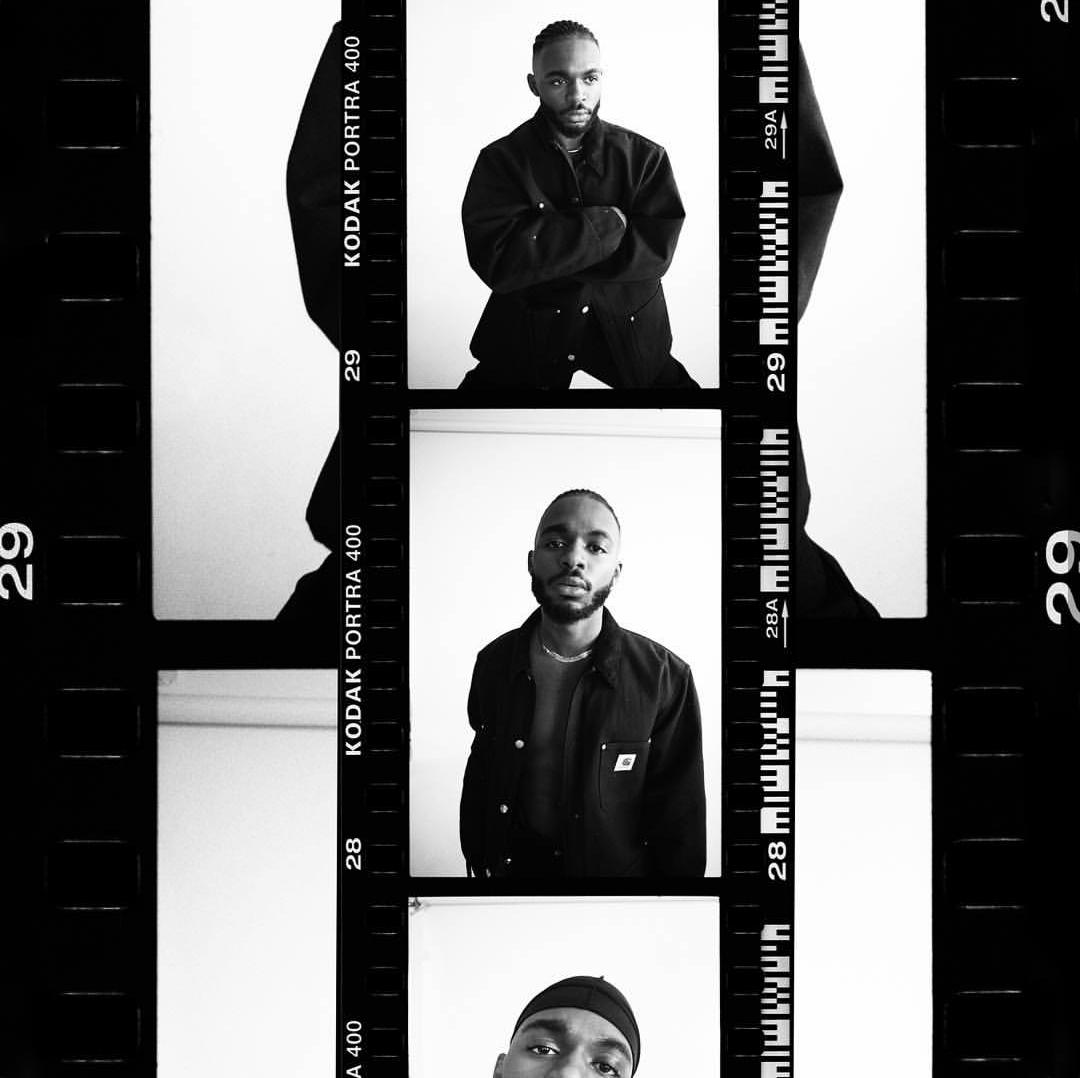 Marco first hit the scene when he released the single, “My Own” which premiered on Solange’s digital platform Saint Heron garnering wide tastemaker attention. As his buzz grew, he quit his day job and relocated from Virginia to Los Angeles where he began collaborating with various artists. He recently teamed up with Rex Orange County on the song “Nothing” off of his recent project “Apricot Princess” and with “Life of Pablo” producers DJDS on the track “Tree’s on Fire”. Marco is currently in the studio working on his highly anticipated debut EP. 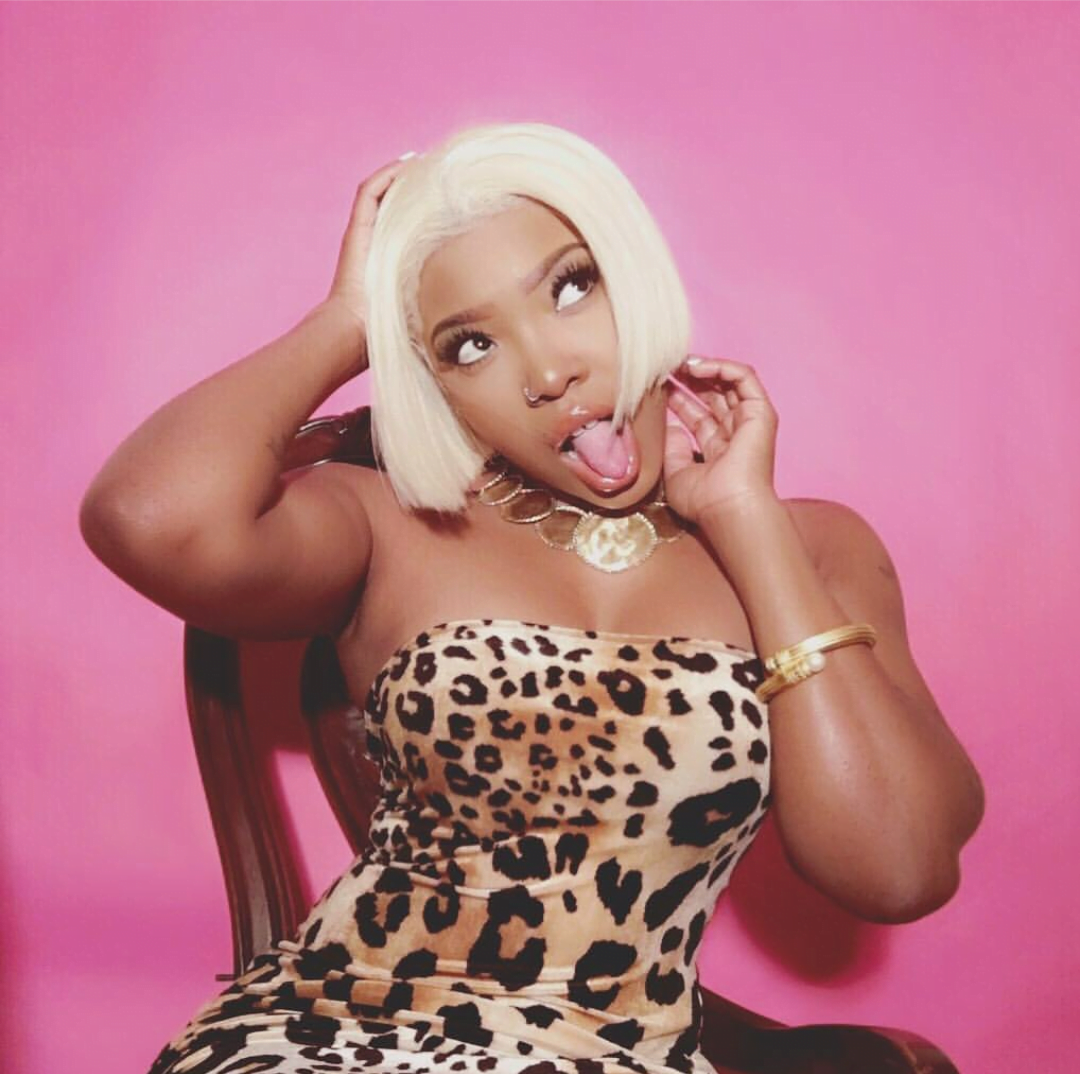 KaMillion initially made her mark behind-the-scenes by co-writing Diddy Dirty Money’s “Your Love” [feat. Trey Songz & Rick Ross], Trey Songz “Already Taken”, Jordin Sparks’ “1000”, Rihanna’s “Watch N’ Learn”, and more. While working for FEMA in 2016, she quietly turned her attention towards solo music. In the midst of shaping her style, iconic Academy® Award-winning filmmaker Lee Daniels reached out to cast her in his series STAR. Meanwhile, she starred in the TV One movie When Love Kills: The Falicia Blakely Story. With her star rising across media, she inked a deal with Protect The Culture/LAVA personally signed by Philadelphia industry veteran Marc Byers and Jason Flom C.E.O. of LAVA. She’s just starting to show her true colors.