Esteemed hip-hop artist Vince Staples today announced the release of his self-titled LP – out Friday, July 9 via Blacksmith Recordings/Motown Records. His first full-length release since 2018’s critically acclaimed FM!, the 10-track LP delves not only into Staples’ upbringing in Long Beach, but his psyche as he learns to cope with his yesterdays and strides toward new tomorrows, picking others up along the way.

In conjunction with the announcement, Staples released the much-anticipated first single off the LP, “Law of Averages”, alongside the official music video for the track, directed by Kid. Studio. Set against a montage of voyeuristic moments in Long Beach, CA, the cinematic visual features imagery that embodies black joy and highlights the beauty within the fringes.

“Law of Averages” is available to stream or download HERE. Watch the official music video HERE.

Of the new Kenny Beats-produced LP, Staples says, “It really gives much more information about me that wasn’t out there before. That’s why I went with that title. I feel like I’ve been trying to tell the same story. As you go on in life, your point of view changes. This is another take on myself that I might not have had before.”

The celebrated rapper’s latest body of work is also just the beginning of his busy 2021. Staples is currently working on a number of creative projects with additional details to be announced throughout the year.

“I’m a mind more than I am an entertainer to a lot of people,” Staples says, adding, “I appreciate that my fanbase is willing to go on this ride with me. I’m ready to diversify what we’re doing and see how we affect the world.”

Today, Jaime Harrison, candidate for U.S. Senate from South Carolina was a guest on SiriusXM’s “The Laura Coates Show,” where he discussed his feelings regarding the recently postponed debate with Sen. Lindsey Graham.

During the interview, Harrison told host, Laura Coates: “This is probably the most historic Senate Race in the history of this state, and to have Senator Graham ducking and dodge [the debate], is really sad, but it’s a testament to who he is.”

Audiogram below with transcript. If used, please credit SiriusXM’s “The Laura Coates Show.”

The interview with Harrison is on SiriusXM’s “The Laura Coates Show.”

“Well, you know, he’s saying scheduling, and then he even said something about September debate. This is October, you know, I can send the Senator a calendar if he doesn’t have one. I know he doesn’t have a smartphone, he still uses a flip phone, but this is October. We are two weeks away from the election and the people in South Carolina want to hear from their Senator and the candidates about this particular race. This is probably the most historic Senate race in the history of this state, and to have Senator Graham ducking and dodge [the debate], is really sad, but it’s a testament to who he is. He believes that he represents the interest in Washington, D.C. Instead of representing the interests of the people in South Carolina. And that’s why he’s on the verge of getting that one way ticket back home. We are building something because we are focusing like a laser on the people in the state. As I said, so many times on this campaign trail, we’re about to close the chapter on ‘the old south’ and write a brand new book called ‘the new south,’ one that is bold, that is inclusive and diverse. And it’s a movement that we have spawned here in South Carolina, and it’s one that I hope people continue to invest in. Volunteers, sign up, go to Jamieharrison.com if you want to be a part of this movement and to give Lindsey Graham his one way ticket home back to Seneca, South Carolina.”

The best use of FM transmitter technology

The FM transmitter is offered by the GR Radio brand, which is capable of doing remote control transformer models with a plane to overcome the boundaries and boundaries. This is one of the many different channels available in the market RC transmitter, which are looking for the best transmitter for their models. For model owners, it is necessary to research different transformers to ensure that it is the correct transmitter receiver package for the needs of their models. Here we have the quality fm transmitter technology along with the features right here at http://www.bestadvisor.com/fm-transmitters.

Fm transmitter types are larger than numbers, which feature nine different channels with 30 different model memories. This system has been able to handle three different types of models, including helicopters, aircraft and shines. Thus the transmitter gets its name.

This particular model of the transmitter is considered a pro model; it is serious about flying their models dealing with their needs. These people may be capable of a strong fm transmitter for small models and large models, because nine channels and advanced systems can handle both types of models.

This technology, which will be connects to the best receivers in the market. This particular model is backward compatible, however, that means it will work with any and all speaker receivers. This is a great advantage for those who were in the flight of the year, and allow them to use their own large receivers. The system uses DSS, or direct appointment sprinter technology. This means that the system is sprinkled with two specific channels for the entire flight rather than every few milliseconds between every single multimedia channels. It helps to provide an incredibly successful connection between transmitter and receiver, to ignore maximum interference problems and avoid any possible connection issues.

When considering the fm transmitter on another part of the technology, it’s a model match system. This system usually goes out of technology that commands just a specific transmitter. It only commands the recipient with specific model memory. It has helped many of the damage caused by their ships, because orders sent from wrong model memory can be argued on any flight model.

You need to see the FM transmitter general technology out to fully understand how transmitter will work for your specific mode. As far as aircraft are concerned, fm transmitter is failing; three wires curtains, flip systems, snap roll systems, and zero systems. There are three planes and timers available for the aircraft system. Features of the glider, apart from other things, two separate timers are as well as the flip to the flip and the Elion-to-Flip. System helicopter settings allow adjustable trim rate, timers, six programming, and six different potential flight modes. These are just a few specifications and benefits to get through this system. If you are looking for a strong transmitter for your pro model, it’s a transmitter for you.

What’s Ur Thing? dives deep into an artist’s obsession – what’s that unexpected “thing” they focus their energy on outside of the studio? What’s that uncommon or surprising hobby that keeps them sane on the road in between tour dates? From Cross-Stitch to Cross-Fit, Cosplay to Calligraphy, Cipha gives new insight into an artist’s passions, and teases out that ‘thing’ that helps clear their mind, keeps them motivated, and possibly inspires their next project.

To advance the EP, she just shared a new song entitled “SAD AND BORED” [feat. Duckwrth]. Get it HERE.

Of the song, she comments, “I was imaging myself trapped in a metaphorical cage of my own boredom. Duckworth’s voice and lyrics helped bring those visuals to life.”

SAD AND BORED,” the EP will boast the stark and soulful “You & Jennifer” as well as the shimmering and vulnerable “Honor Roll”, full track listing below.  This summer, she takes this enigmatic sound on the road, launching a full-scale European festival takeover. Check out the confirmed dates below.

After releasing her powerful debut Damaged Vol. 1, bülow has instantly resonated with critics and new fans alike.  The tracks “Like This Guy”, “Lines”, and “Not A Love Song” have clocked over 30 million streams, reaching the Spotify Global Viral chart and earning praise as “beautifully crafted” (NME), “pop genius” (Noisey), and a “star in the making” (Pigeon & Planes).  A child of the globe, the bright-eyed young singer has grown up in five countries including Canada, Germany, the UK, the US, and is currently finishing high-school in The Netherlands. Although bülow has only just begun her musical journey with these three sentimental, playful, and haunting tracks, “Damaged Vol 1” stands tall as an impressive flag-bearer for things to come. 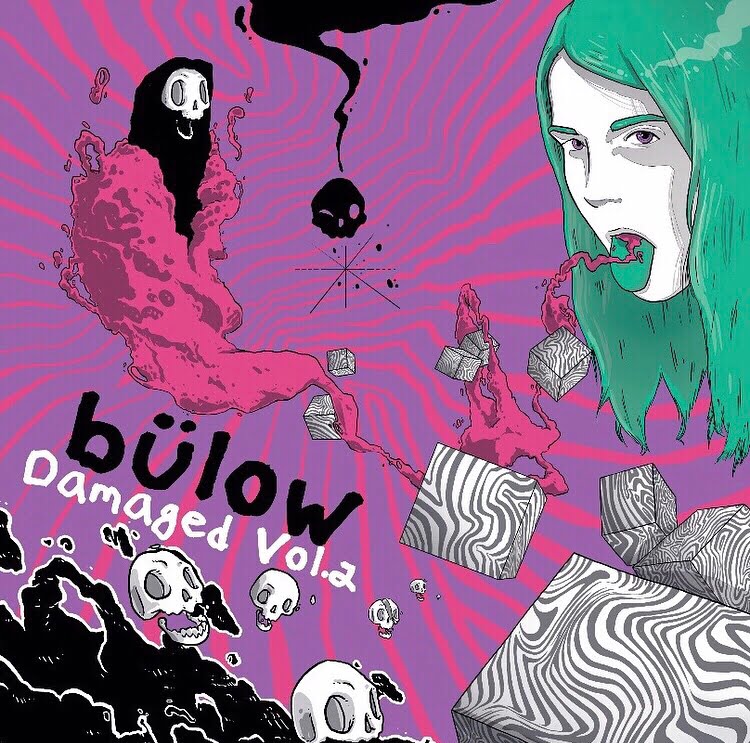 Fuse and FM commemorate Black History Month with a month-long, multiplatform celebration of Future Black History makers from the worlds of music, entertainment and social influence.

To kick off the month, Fuse, FM and the Fuse digital platforms will premiere exclusive short form video interviews with artists Kyle and Ty Dolla $ign exploring the future of black music history and showcasing the influences and inspirations of African American artists on the rise.

**Check out the Fuse YouTube channel to see what future black history means to rapper Kyle, the legacy he wants to create, and why watching P. Diddy dance empowers him.

And the Fuse digital platforms keep the celebration going all month long, as Fuse honors superstar and rising musicians, film and TV stars, and creators with spotlight profiles, interviews, playlists, social-focused media and in-depth essays that highlight how and where these individuals are taking black history. This year’s honorees include SZA, Khalid, Cardi B and Lil Uzi Vert; must-know superstars of tomorrow like Daniel Caesar, Wizkid and Jorja Smith; actors and film stars changing Hollywood including Jordan Peele, Tiffany Haddish, Michael Che, Chadwick Boseman and Marsai Martin; and those creating must-know content and honoring their culture like Jay Versace, Jackie Aina, Amber Whittington, and Ayo & Teo.