WATCH THE VIDEO FOR “HIGHWAY” HERE

ANNOUNCES US SHOW DATES INCLUDING GOVERNORS BALL ON JUNE 1

“On the surface scattergun, these songs are in reality precision-tooled and pretty much perfect.” – Sunday Times Culture

“She’s presenting a sound that’s very new, yet – in the best of way – still manages to feel familiar.” – MTV

“Her lyrics are full of charisma, and will resonate with anyone who’s ever been young and directionless in the city.” – Noisey

21-year-old Londoner Suzi Wu drops her EP ‘Error 404’ (mixed by Mike Dean) and video for “Highway” today via AMF Records/Def Jam Recordings. Suzi explains, “I wrote this EP in a time of transition from my previous releases to something more electronic. I was writing poetically about things that are artificial. Trying to write romantically about the blue glow playing across my bedroom and big open luminous- grey spaces like the M25 motorway, where I spent a lot of my childhood in between the departure and the destination.

The video for “Highway” is just me and my mates having a good time in a warehouse, which is sort of reminiscent of squat raves for me. I’m in tiny little Mercedes Benz because although, like everyone else I love the idea of having money, I’m a little bored of clout culture and everyone flexing. I’d prefer to drop a few grand on a pinball machine compared to a diamond necklace. It’s just more fun.”

Born in Blackpool, Suzi Wu grew up in London and spent the summers back up north, learning as much in the big city as she did in the never-ending car journeys she’d take on the motorway. Driving back to extended family, Suzi (surname: McDermott) earned another extended family in the car where she enjoyed the company of her mother’s extensive record collection: from Beastie Boys to Riot Grrl, Beck to Patti Smith. You can hear all and none of those influences in Error 404, her second EP; the sound of pop turned inside out.

After school, Suzi decided to pursue a course in production. The inequalities that exist behind the scenes in the music industry didn’t even occur. For her, production skills would give her the keys to the car. She had been writing songs on guitar from a young age but had a vision for how she wanted it to sound. She excelled at the course. “That was a new good feeling,” she laughs.

Pop culture is deeply important to Suzi. From the bands she’d listen to growing up, to the “collective” she considers herself part of in East London currently, she recognizes the power of music in its subversion of societal norms and in its welcoming of outcasts; outcasts who manage to outsmart old industry tropes. With her second EP on the horizon – the follow-up to 2017’s ‘Teenage Witch’ – she’s following in similar self-possessed, fan-base building footsteps.

Error 404 is a far more electronic collection of songs and more unashamedly pop. Suzi, however, strives to buck trends. The EP is chopped and screwed with a hip-hop edge. Suzi’s vocal delivery has been compared with M.I.A. and King Krule. Those comparisons both feel limiting and reductive. Particularly given Suzi is 21 years-old and living her own unique experience. The four songs are rooted in her plainspoken swagger, which she carries out in her lower register and doesn’t pretty up to render it more feminine.

With Teenage Witch having already racked up a wealth of praise and attention from radio, press, and streaming services, tongues are wagging with anticipation for Suzi’s follow-up. Error 404 bridges the gap but definitely transports Suzi to an even bolder stop on her journey to pop notoriety. “I’m always writing,” she says, always another move ahead.

Catch Suzi Wu On the Road

Tickets on sale Wednesday, March 27 at 10am local time

The music video for ‘Count On You’ was shot in Holborn and directed by long-term collaborator and globally renowned photographer and film-maker, Simon Emmett. Highlighting Green’s status as arguably one of the UK’s most eligible Batchelors, the video centres around the theme of him speed-dating and features a cameo appearance from former Love Island contestant Montana Brown.

Firmly established as one of the crossover superstars of British music, the Hackney born and raised rapper, Professor Green (aka Stephen Manderson), has notched up two Top 3 albums and over 3.5 million combined sales in the UK alone since starting out as a revered battle MC. All in addition to presenting six critically acclaimed documentaries (for the BBC and Channel 4), publishing his autobiography ‘Lucky’, continuing his ongoing work as Patron of anti-suicide charity CALM, and, most recently, becoming a regular columnist for newly launched men’s title, The Book of Man.

For more information on Professor Green go to:

After selling out his spring headline tour, Bay is also announcing details for his expanded North American and European run. Adding nearly 30 new dates, the tour takes Bay across North America and Europe making stops at New York’s Beacon Theater on September 18th and Los Angeles’The Greek Theatreon October 7th. Fan pre-sale for these newly added shows will begin on Wednesday, March 14th at 10am local time, with the public on-sale taking place on Friday, March 16th at 10am local time. Fans can gain access to pre-sale tickets with purchase of any item from shop.jamesbay.com and every pair of online tickets comes with a copy of Electric Light (offer valid for US residents only). Tickets can be found at www.jamesbay.com.

Aspiring to push his own musical boundaries with Electric Light Bay noted: “If I had to describe my first album visually it would probably be a flame – while this new album is about a real sonic and artistic evolution for me. The feeling of a 100 watt bulb expanding and brightening is what I envisioned. Electric Light came to my mind and I knew it was perfect.”

Be on the lookout for more news from BAY and pre-order Electric LightHERE via Republic Records. 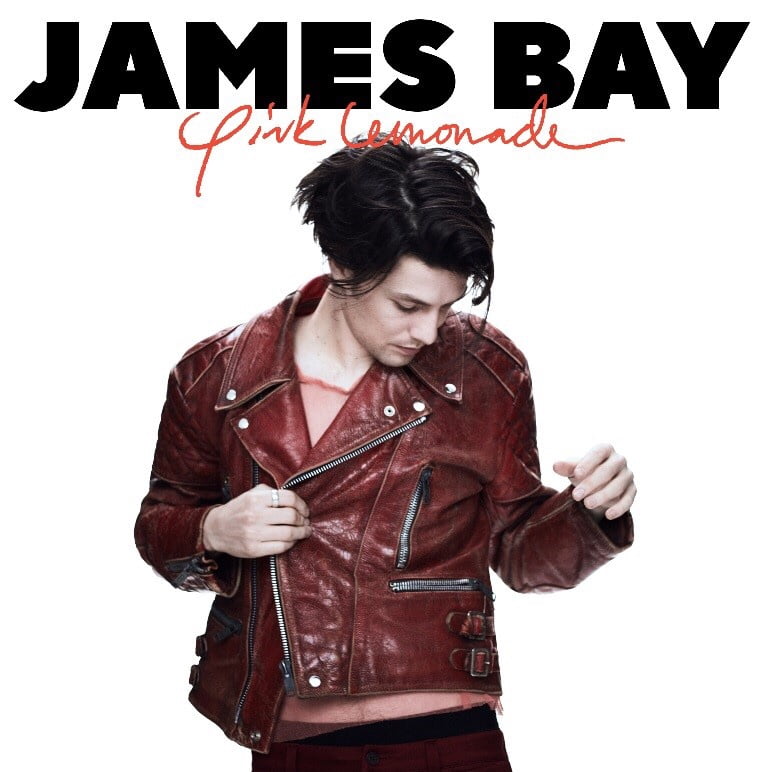 2. Wasted On Each Other

October 15th • Portland, OR • Rose Garden – Theater of the Clouds+

For Tickets for all shows, please go to www.jamesbay.com

James Bay is the definition of a modern day rock star.  Following the release of his debut album Chaos And The Calm, featuring—“Hold Back The River” and “Let It Go”— BAY was nominated for “Best Rock Album,” Best Rock Song,” and “Best New Artist” at the 2016 Grammy Awards. In the UK, the record became the “Biggest New Artist Album Release” that year and has been certified Gold in the United States, Germany, Australia, Switzerland, platinum in Canada, Ireland, Netherlands, Sweden, double platinum in the UK and has sold nearly 3.5 million albums in global consumption, and 2.7 billion streams worldwide. Receiving the BRIT’s Critics Choice award in 2015, BAY has gone on to receive a win for “Best Male Solo Artist” at the BRITS, International Newcomer at the ECHO Awards, “Best New Act” & “Best Solo Artist” at the Q Awards, “Most Performed Work” at the Ivor Novello Awards and was nominated for “Best New” & “Best PUSH” at the MTV EMA’s and a MTV VMA for “Best New Act.” On the other side of the globe, he has received a nod for “Best International Artist” at the ARIA Awards in Australia. In addition to selling out shows and performing at festivals across the globe, BAY lent a new version of his song “Running” for the 2016 Sports Relief charity,  is an advocate for the international non-profit Wateraid, designed his own signature line for Topman, and Epiphone created the Limited Edition James Bay Signature “1966 Century” Guitar in his name.