Things You Say invites you to join us for a bi-weekly evening of disco and house music at “Things You Say presents Expression.” This performance will debut Thursday, July 15th at The Queensberry in Los Angeles. The free event intends to bring LA’s music community together to celebrate local artists.

“Things You Say presents Expression” hosts artists, musicians and tastemakers from around the world to share their perspective and to explore love with positivity through movement in an embellished multi-sensory environment.

On their Spotify account, Things You Say describes their music as such:

“We are Things You Say. We come from club culture, it’s embedded in us. It’s where we met. It’s where we found ourselves and each other. We want to make you dance. Despite our name, we hope that you’ll say less and dance more.”

The group’s most recent release in collaboration with Arama, “Angel,” celebrates the same feel-good, groovy attitude of club culture. The track illustrates feeling “weightless” while spending time with a lover. Things You Say melodically sings:

“All I wanna do is see the world with you/ the stars/ the moon/ floating with you./ it’s you, I think I found an angel.”

Things You Say has just released a remix for Tiana Major9 out now on Motown listen here. Other remixes from the band features Grimes’ “Miss Anthropocene (Rave Edition.)” The band has 18,550 monthly listeners, the majority of which are based in London, Los Angeles, and New York City. As Things You Say’s influence continues to grow, they are surely a musical group to watch!

Listen to Things You Say on Spotify, Apple Music, and Soundcloud.

Lord Huron continue to celebrate the release of their latest album, Long Lost, by bringing Mine Forever to the stage on The Late Late Show with James Corden. Watch the performance here.

The album has received critical acclaim from the likes of Wall Street Journal, Brooklyn Vegan, NPR, American Songwriter, All Music, Uproxx, WNYC, Flood, JamBase and more all praising the immersive world Lord Huron has created with Long Lost. Not to mention, it has captured an 88 score on Metacritic which summarizes all critical and user reviews of an album from across the globe.

Lord Huron has also announced a Fall 2021 headline tour, their first shows in support of Long Lost. Tickets are on sale now here.

About Lord Huron
Lord Huron first made a name for themselves with their debut album Lonesome Dreams and shortly after Strange Tales, which featured the triple-platinum single “The Night We Met.” In 2018, Lord Huron earned widespread critical acclaim with their first Top 5 debut on the Billboard Top 2—with their third album, Vide Noir. A cinematic collection of pensive provocative, and powerful rock, the record garnered praise from NPR, Time, Los Angeles Times, Spin, Stereogum, Refinery29, UPROXX, and more as singles such as “Wait by the River” (which the band performed on “Late Night with Seth Meyers”) and “When the Night is Over” generated tens of millions of streams. The band’s extensive touring includes headline shows at some of the most storied venues in the country (including the Hollywood Bowl, Red Rocks, and the Ryman Auditorium) and prime slots at festivals ranging from Coachella to Lollapalooza to Bonnaroo. 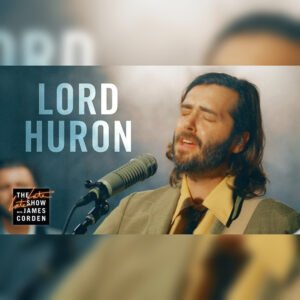