Following a whirlwind 2021, JUNO nominated, alternative-pop band Valley kicked off the new year with the release of a three-track EP, The After Party, out now via Capitol Records.

The After Party is released as an extension of the band’s previous EP, Last Birthday (October 2021) and as lead singer, Rob Laska notes “our most personal songs we’ve ever written as a band to date.” The three new songs mirror the upbeat energy of the previous EP, taking a more somber approach to the music and lyrics. “Last Birthday” is a standout track on this latest project which Valley worked on over the past two years and signifies the final release of the Last Birthday era. “The song really explains what we’ve been trying to put into words for a long time,” the band explains, “in a way it feels like the first song we’re singing directly to ourselves and our fans.” To illustrate the significance of “Last Birthday,” the band shared a Song Stories video explaining the process of writing and creating the new song. Watch the Song Story for “Last Birthday” HERE.

Last year was nonstop for Valley with a steady release schedule, each song capturing the feeling of relatable moments in time while being perfectly danceable. The explosive first single of 2021, “Like 1999” whose genesis traces back to a viral TikTok post that drove the band to finish the track in under 48 hours and went on to push their catalog to over 280 million global streams. The band performed “Like 1999” for the 2021 MYX Awards in the Philippines. Back at home, Valley was selected as Apple Music’s Up Next artist for Canada in September, joining the vast Up Next roster of past Canadian talent including Grammy-nominated and critically lauded talent like 6lack, Daniel Caesar, Jessie Reyez, Orville Peck, and Tate McRae.

Valley burst back into playing live last year, reconnecting with fans across North America. The band played their first American festivals over the summer and recently sold out shows with COIN on a 17-date North American tour. The band finished the year with two epic hometown shows at The Opera House in Toronto. Valley is gearing up for the ‘I’ll Be With You Tour,’ the band’s first-ever headlining tour with 30 dates across North America. The tour is almost entirely sold out with tickets and details available on Valley’s website.

THE AFTER PARTY EP Tracklisting

‘I’ll Be with You’ North American Tour Dates

February 19 Philadelphia, PA The Foundry at the Fillmore SOLD OUT

Valley, comprised of Rob Laska, Karah James, Mickey Brandolino, and Alex DiMauro, has spent the past two years developing organic buzz through a personal and intimate connection with their fans. Valley put together alternative pop with the care, adventurousness, and personal touch of a handmade burned CD. Cycling through moods like your favorite throwback Pinterest board, the Toronto quartet amplify sticky hooks through eloquent songcraft that’s cognizant of what came before, yet ready for the future. In 2016, Valley formed by accident when a local studio double booked them. During high school, Mike and Karah played in one band, while Rob and Alex played in another. They introduced themselves with self-written, self-produced releases, including the EP This Room Is White (2016), the full-length debut MAYBE (2019) and their EP sucks to see you doing better (2020). They joined Lennon Stella and The Band CAMINO on sold out tours across North America and even picked up a 2020 JUNO Award nomination in the category of “Breakthrough Group of the Year.” Most recently, the band released their latest EP Last Birthday via Capitol Records and joined COIN for a North American tour.

JUNO nominated, Canadian indie-pop band, VALLEY has announced their Fall 2021 North American tour in support of COIN. The 17-date tour run will begin on October 26 in Birmingham, AL, and go through November 21 in Houston, TX. The Rainbow Dreamland tour will be VALLEY’s return to the stage, bringing new music directly to their fans.

Most recently, VALLEY released their charmingly nostalgic single Like 1999 along with a video featuring TikTok star Boman. Fittingly, the track first gained momentum when the band posted a teaser of the song on their own TikTok. Since then, Like 1999 has garnered over 10 million global streams and become a form of escapism to fans waiting out the pandemic. Don’t miss your chance to see VALLEY live when shows return this Fall.

Taking the shape of a time capsule, the new track is an ode to the 1990s, shimmering with kaleidoscopic textures, sun-kissed melodies, and lush vocals that create an irresistible and dreamy sound. –  Gig Goer

In a world where, especially for artists, everything has been uncertain- VALLEY has cemented themselves as timeless. –  Unfiltered Zine

TICKETS WILL BE ON PRE-SALE TUESDAY, APRIL 27 / PUBLIC ON SALE FRIDAY, APRIL 30

Recording artist Machine Gun Kelly, the award-winning global performer and most recognized rockstar of his generation, will be taking his show on the road this fall. Hitting live concert venues for the first time since the release of his #1 album “Tickets to My Downfall,” fans can expect rocking performances of Platinum hits “bloody valentine,” “my ex’s best friend” and more.

Praise for the artist’s fifth studio album “Tickets to My Downfall” came from both fans and music critics, with Billboard lauding its “dazzlingly effective songs,” Vulture calling it “punk rock excellence,” and NME praising it as “brilliant.” To kick-off 2021, MGK wowed TV viewers from Times Square at Dick Clark’s Rockin’ New Year’s Eve followed by a legendary appearance on Saturday Night Live. ET had a glowing review for SNL, saying: “MGK’s second performance really showed the range of his style and substance, as he delivered a remarkably beautiful and emotional performance of his song “lonely” and Rolling Stone praised the “raucous” performance.

Special guests on the tour include carolesdaughter, jxdn and KennyHoopla.

The “Tickets to My Downfall” tour will kick off September 9 in Minneapolis, MN and will conclude December 18 in his hometown of Cleveland, Ohio, playing the city’s largest venue, the Rocket Mortgage Fieldhouse.

Tickets will be available for pre-sale starting Tuesday, April 27, with the public on sale Friday, April 30 in all markets on Machine Gun Kelly’s website.

Tour Dates/Venues (*additional dates and cities to be announced)

Rise Against will kick off their extensive North American Mourning In Amerika Tour with a headline performance at 77 punk festival on July 27. The run, produced by Live Nation, will include a show at Coney Island Amphitheatre in New York City (August 1), a concert with Fall Out Boy at Wrigley Field in the bands hometown of Chicago (September 8), and an evening at Red Rocks Amphitheatre outside Denver (September 15). Special guests AFI and opener Anti-Flag will perform at all headline shows. Tickets will go on sale to the general public beginning Friday, March 30 at LiveNation.com. See below for itinerary.

The band won acclaim for its hard-hitting 2017 performances in support of its eighth studio album, WOLVES. Illinois Entertainer said, the return of Rise Against feels more timely than ever. Houston Press observed, If any rock band could convince their fans to not bury their heads in the sand in 2017 America, it might just be Rise Against.

the Mediabase Active Rock chart and the follow-up track, House On Fire, is currently in the Top 10 and climbing.

recently wrapped up a tour of Australia and New Zealand and will embark on a European run in June.

*not a Live Nation date

Check out “When They Call My Name” HERE 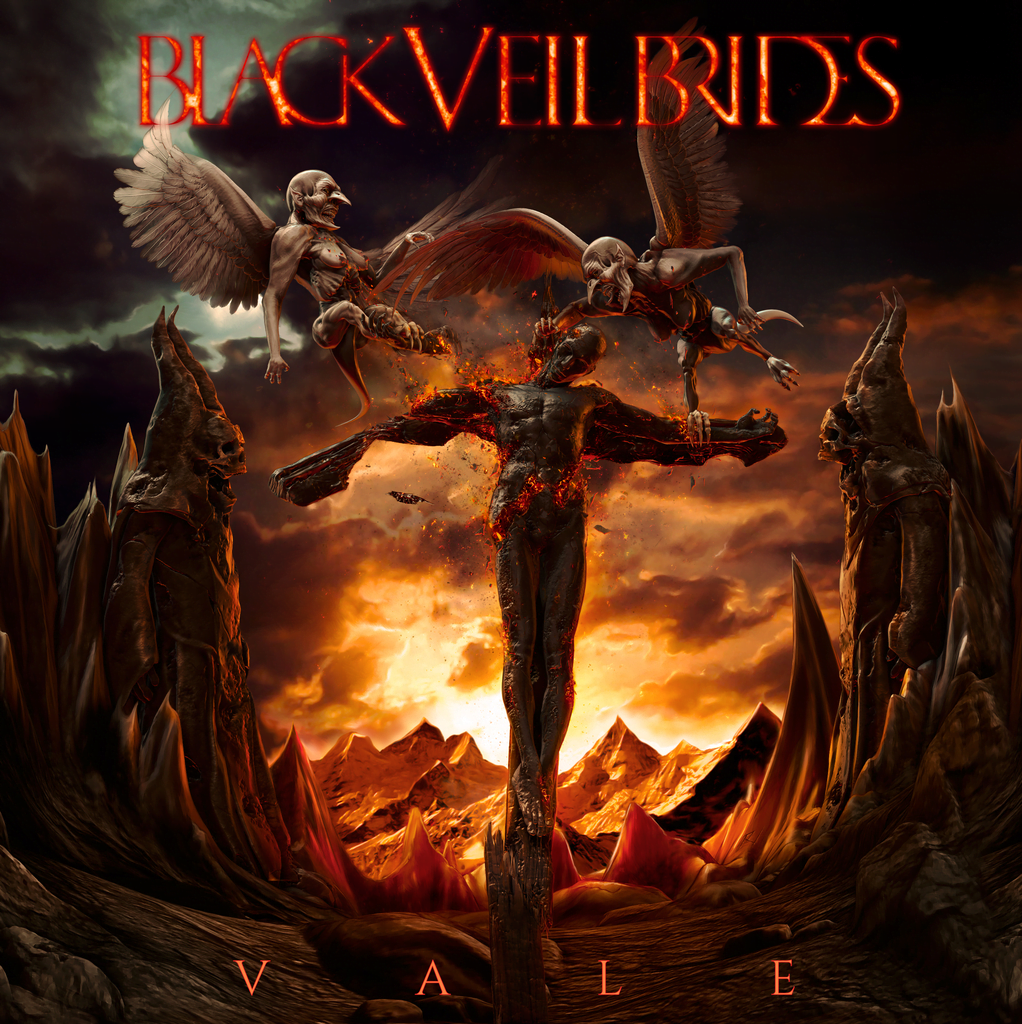 Listen to “When They Call My Name” Here!

The official pre-order grants fans immediate downloads of the first three songs to be released off VALE, “My Vow,” “The Outsider,” and now “When They Call My Name.” Listen to “My Vow” Here and “The Outsider” Here!

The band hits the road on January 10th, 2018 for their North American co-headline tour with Asking Alexandria in Salt Lake City and will hit major markets across the country including New York’s Terminal 5 on February 8th and more! Tickets & VIP Packages are on-sale now. Check out the full itinerary below and purchase tickets here!

To keep in touch with the band, join the new BVB ARMY and be the first to get news by Text Message! Sign up at www.BVBARMY.com OR Text BVBV to 856-282-2769

BLACK VEIL BRIDES have shocked and electrified modern rock back to life. Their critically acclaimed self-titled fourth album, Black Veil Brides, bowed in the Top of the Billboard Top 200 and received “Album of the Year” at the 2015Alternative Press Music Awards. It followed up 2013’s Wretched and Divine, which crashed the Top 200 at #7 and yielded the signature smash “In The End”proclaimed “Song of the Year” at the Revolver Golden God Awards. Playing to millions of rabid fans worldwide, they’ve ignited festivals such as Download andRock on the Range and been tapped for high-profile tours with Avenged Sevenfold, Slash, Mötley Crüe, Hollywood Undead, and more.

THE COMPLEX COVER profiles Lana Del Rey on the heels of her recently released fourth studio effort Lust for Life. In the interview – filmed at the Prohibition era-inspired, Hollywood hotspot No Vacancy and produced in the nostalgia-inducing style of the 50s and 60s she’s known for – Del Rey opens up to Complex’s Noah Callahan-Bever about the album’s overall lighter tone, explains her decision to weave elements of the current political climate throughout the record, reflects on her experience collaborating with her friends, explores her growth as an artist, and more. 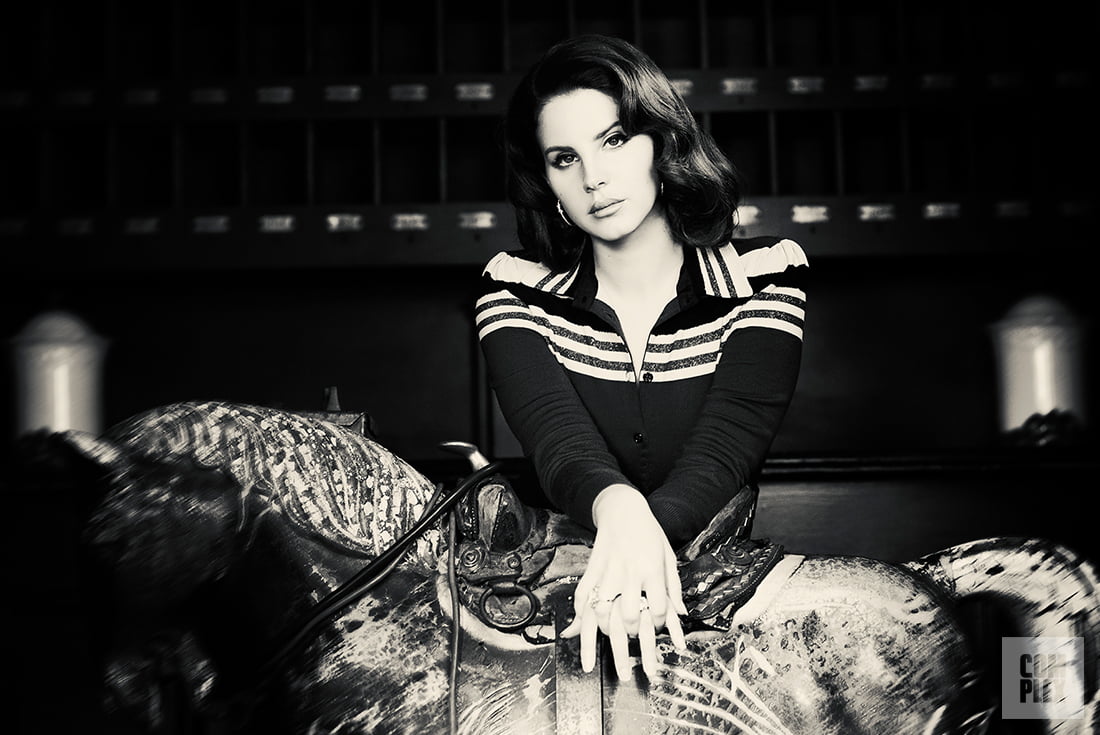 “You don’t negotiate when it comes to your work or your art. You stand totally firm and take the consequences. In terms of losing fans, I don’t care. Period.”

“Maybe just the ability to integrate my own experiences with what I’m observing. To be able to reflect back, like a good mix of inner world [and] outer world.”

“I’ve never been somebody who turned away from really hard work… If I feel like I’m just not getting it right, I’ll just keep on trying different things until I feel like I’m hitting my stride in that department. I don’t know, finding your own path is not for the faint of heart…”

On infusing hip-hop into her album seamlessly

“I never feel like I’m not where I’m supposed to be… No matter who I’m with, I’m always doing my own thing. I can’t remember the last time I was in a club or somewhere and felt like, ‘Man, I’m not supposed to be here.’ I’ve been kind of doing it for so long, I feel like everybody I’m friends with, everyone I know just knows I’m all about the music.” 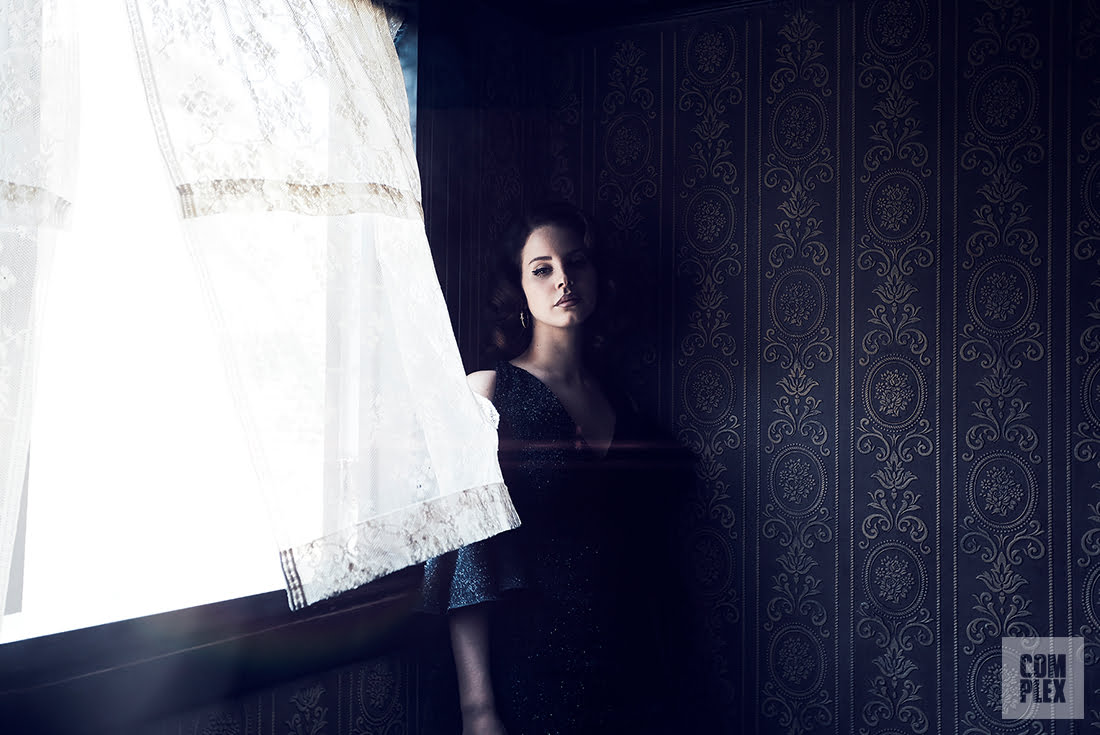 The Complex Cover is one of the latest original series from Complex, joining Sneaker Shopping, the No. 1 sneaker show on the web; Complex Live and Complex Con(versations), both available on go90; Everyday Struggle; and more.