Oakley has just released the Fall/ Winter 2020 DEFINITION Collection, which places an emphasis on urban exploration and freedom of movement by fusing technology and nature. The result is a range of dynamic looks for every day and every place.

Oakley, Inc. based in California is a subsidiary of the Italian corporate giant Luxottica based in Milan. Found in 1975, it began in the garage of James Jannard with an initial investment of just $300. The company designs, develops, and manufactures sports performance equipment as well as lifestyle pieces, with the Fall/Winter 2020 DEFINITION Collection falling into the category of the latter.

The collection includes eyewear, apparel and accessories that feature dark tones and technical fabrics with reflective details, matching futuristic design concepts with simplistic performance-driven aesthetics. The collection is thus the ultimate combination of form and function, with the ability to be worn for sports performance or street style, depending on the occasion.

While the DEFINITION Project has continued to evolve, each collection can be traced back to the simple belief that technology can be (and should be) elevated to an artform. Oakley has explored this concept since the early ‘90s while staying true to its roots, transforming a passion for performance into a new type of visual expression at the forefront of design.

Most famous for their sunglasses, Oakley also counts sports visors, ski/snowboard goggles, watches, apparel, backpacks, shoes, optical frames, and other accessories. A vast majority of the designs are completed in house, with Oakley currently holding an impressive number of patents, over 850.

The new Oakley DEFINITION collection will be available at Oakley.com, flagship Oakley Stores and selected retailers worldwide in Fall/Winter 2020 season.

PUMA AND J.COLE ANNOUNCE OFFICIAL PARTNERSHIP WITH TV SPOT THAT WILL AIR DURING 2020 NBA ALL STAR GAME

Collab footwear and apparel to be part of multi-year partnership

Today, global sports company PUMA officially announced a multi-year partnership with Grammy-winning artist J. Cole with a short film and TV commercial that was concepted and co-directed by Cole himself. The theme of the spot speaks to never abandoning one’s dream, despite the obstacles faced or time passed. The commercial was a joint PUMA x Dreamville production and will air during Sunday’s NBA All-Star game on TNT. PUMA has tapped Cole because of his connection to basketball, fashion and music culture.

“Our partnership with Cole is deep-rooted,” said Adam Petrick, Global Director of Brand & Marketing at PUMA. “Cole’s involved in product creation, marketing campaigns and cultural guidance. He is going to be a key player in many of the things we do at PUMA moving forward and we’re excited to work with him not only on a product level but even more importantly as one of our athletes.Cole sits at the intersection of musicand sport and represents everything that PUMA stands for as a brand.”

This announcement comes right before PUMA’s newest Hoops silhouette, the Sky Dreamer, hits shelves on February 13. The Sky Dreamer is a relaunch of the original style, the Sky LX, worn on-court in the ‘80s. It now returns to basket ball nearly four decades later with a heritage-inspired mid-top silhouette infused with a touch of today’s style, including a Dreamville “Dreamer” emblem, which draws inspiration from Cole’s
brand, Dreamville. This new sneaker will be worn on and off the court by PUMA Hoops athletes and has already been spotted on J.Cole over the past few months. The Sky Dreamer is the first of many Hoops products that Cole will be involved in before dropping his own Dreamer footwear and apparel coming later this yearwith PUMA.

The Sky Dreamer, available on PUMA.com and at Foot Locker in the U.S., is equipped with PUMA Hoops technology, including the brand’s signature ProFoam cushioning and high-abrasion grip for peak stability. It also features forefoot webbing for stabilization and lockdown. The Sky Dreamer will retail for $130.

PUMA
PUMA is one of the world’s leading Sports Brands, designing, developing, selling and marketing footwear, apparel and accessories. For 70 years, PUMA has established a history of making fast product designs for the fastest athletes on the planet. PUMA offers performance and sport-inspired lifestyle products in categories such as Football, Running and Training, Basketball, Golf, and Motorsports. It engages in exciting collaborations with renowned design brands to bring innovative and fast designs to the sports world. The PUMA Group owns the brands PUMA, Cobra Golf and Dobotex. The company distributes its products in more than 120 countries, employs more than 13,000 people worldwide, and is headquartered in Herzogenaurach/Germany. Follow @puma for more product stories and find all of PUMA’s latest news on about.puma.com 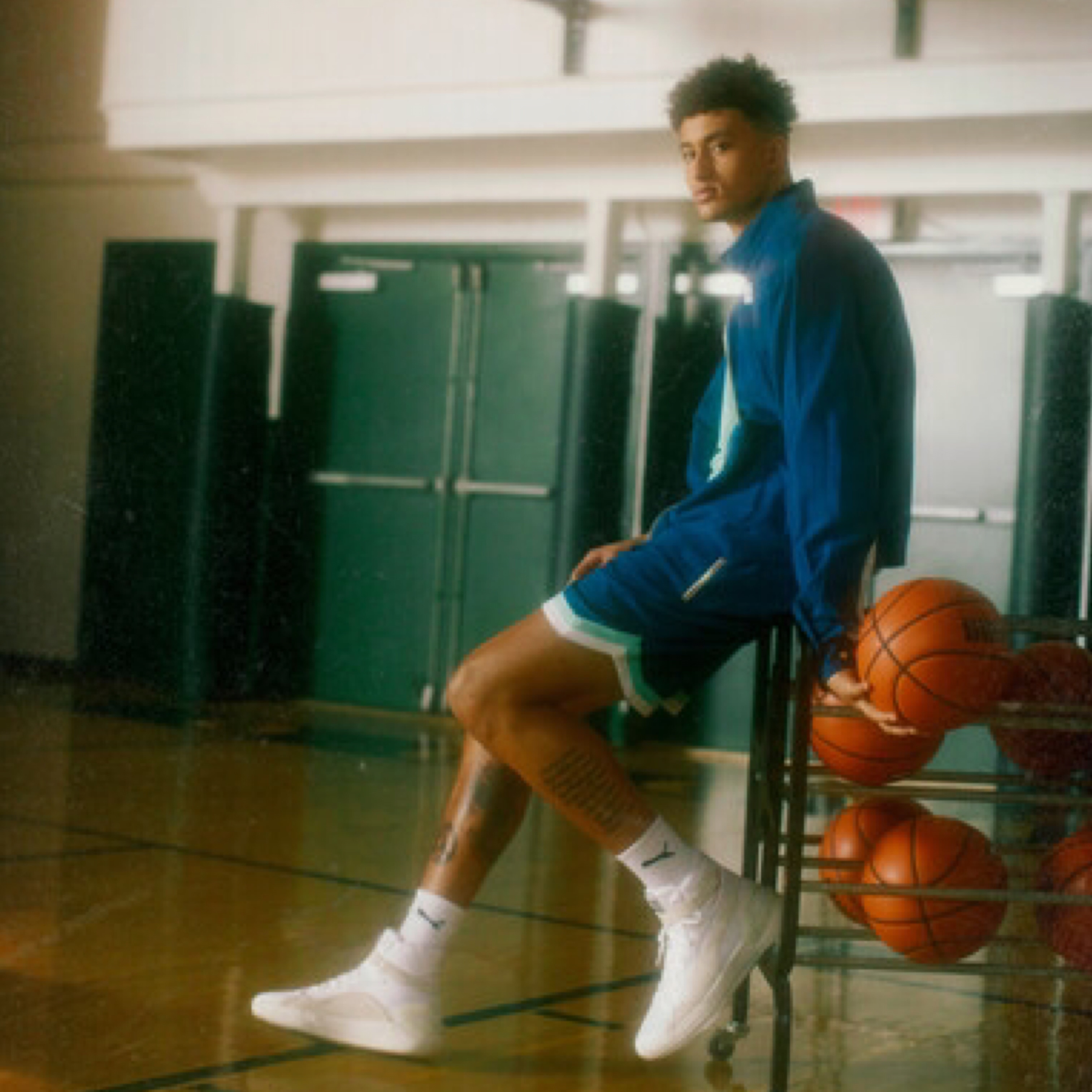 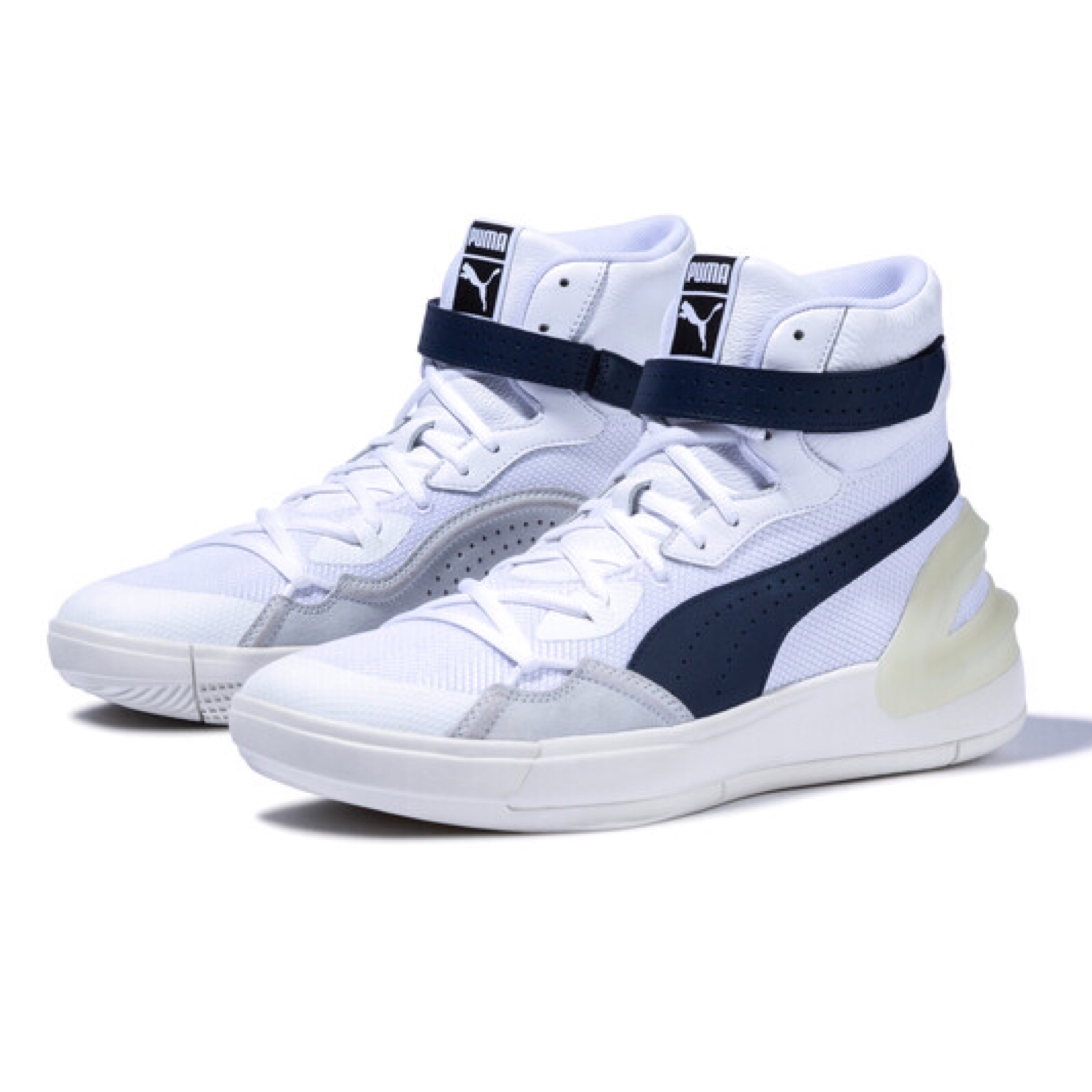 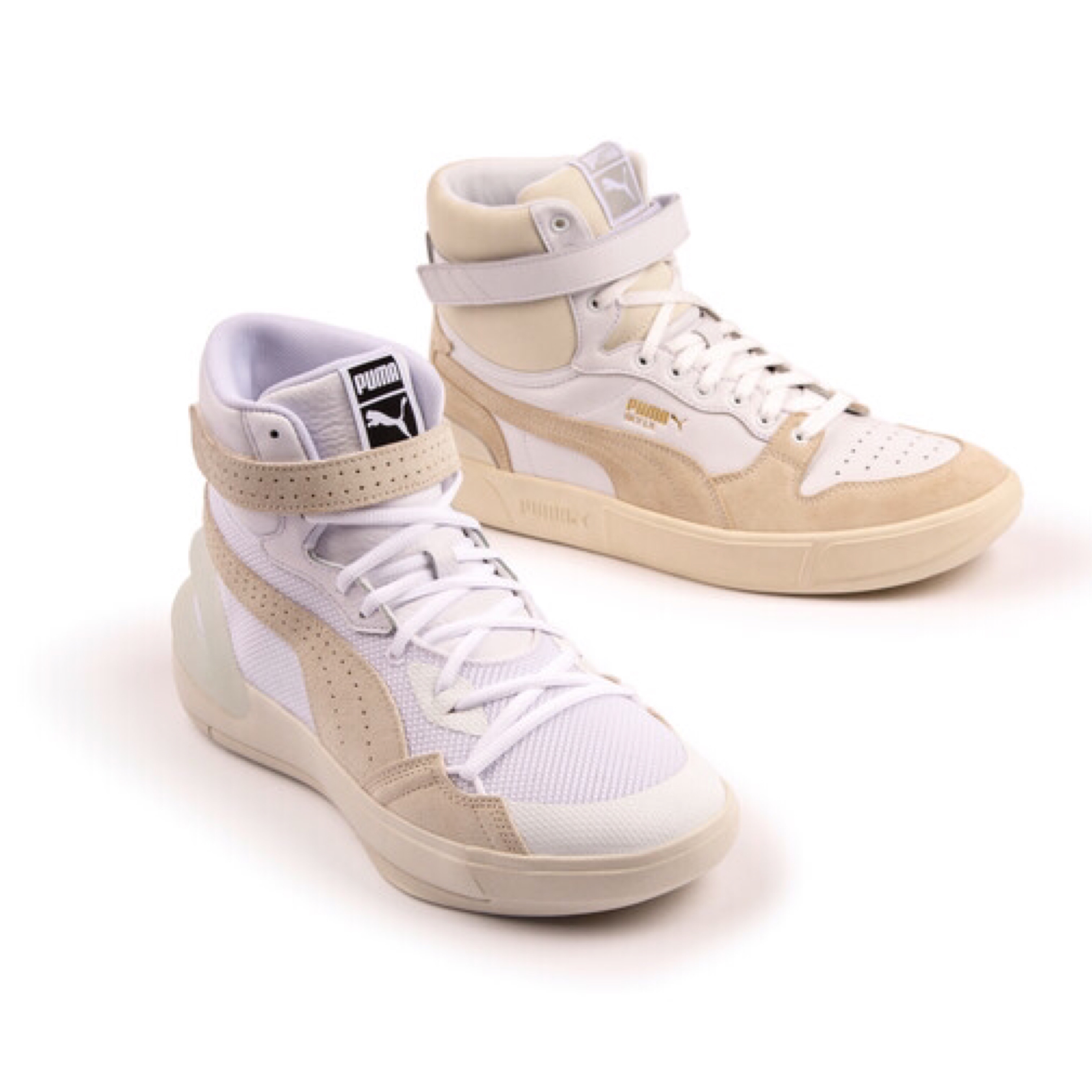 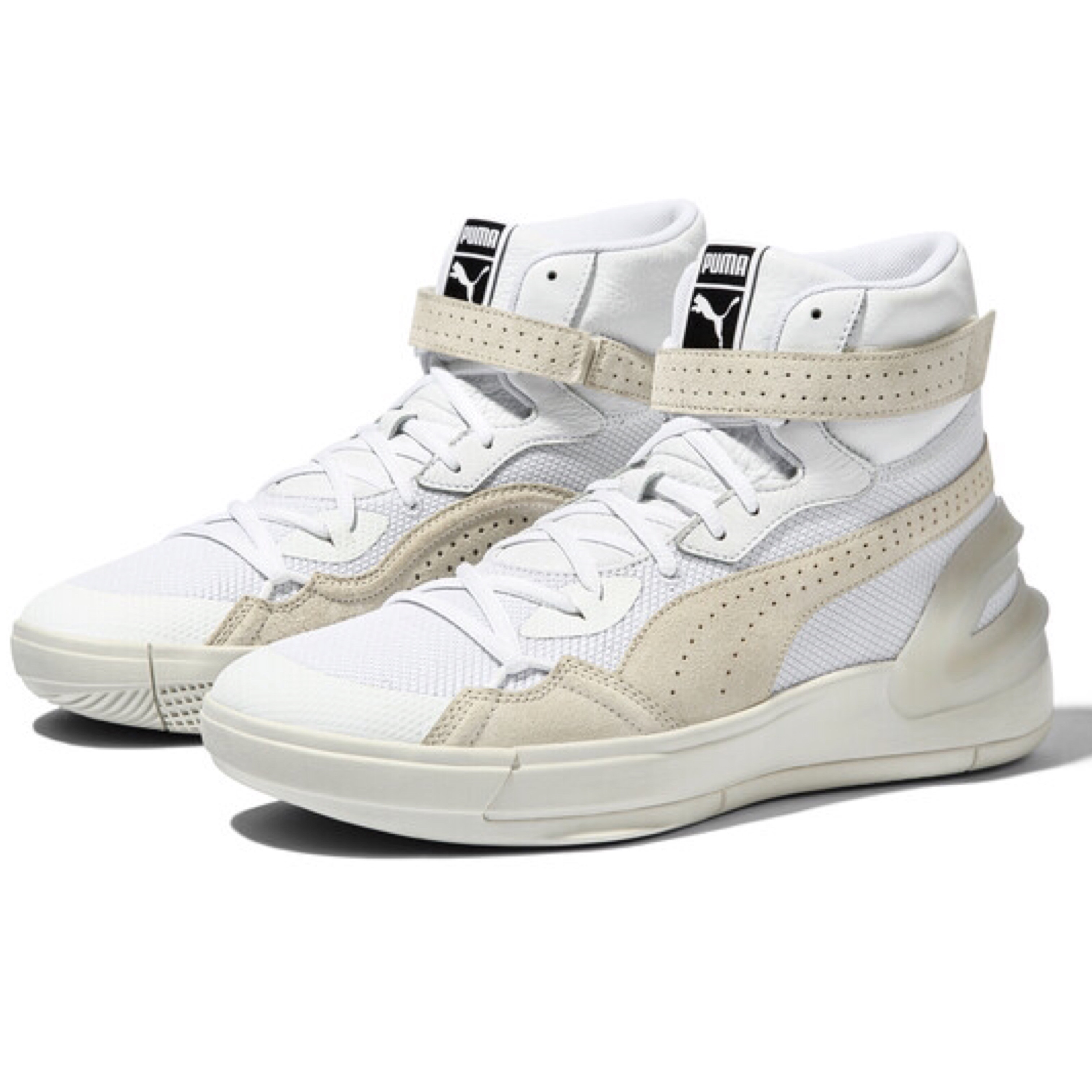 The updated dial includes an analog speed indicator sub-dial at the 3 o’clock position and a myriad of LCD displays encircling the hour and minute hands. Easy-to-read arrow shaped hands give balance to the overall layout. Four of the five timepieces feature positive LCD displays while the fifth features a reverse LCD display.

Each watch in the series also boasts G-SHOCK technology such as:

The GA140 models retail for $99 and will be available for purchase starting this August at select G-SHOCK retailers including Macy’s, G-SHOCK Soho Store, and gshock.com.

To check out some more extravagant timepieces click here.

“The project is called Free because I’m a free spirit when it comes to my creative process,” says Currie, who names everyone from Lil Wayne to Coldplay among his main inspirations. “I don’t ever try to force anything, I just go with the flow and explore and see what I come up with. If the vibe is right, that’s what I’ll follow.”

“Shots You Don’t Take,” another song on Free, nods to Currie’s basketball background. He turned down numerous Division I basketball scholarships in order to pursue a career in music and unfolds with a laid-back message of self-empowerment. With its layered rhythms and luminous guitar tones, the feel-good “555” draws inspiration from Currie’s love of numerology.

“When I was recording, I looked down at the clock and the time was 5:55,” he says. “I looked it up to see what that meant, and it’s about how there’s a big change coming, but you shouldn’t be afraid of it. Don’t be scared to try something new.”

Currie grew up in Gardena, California and credits the jazz and classic R&B records his dad played at home with giving him a feel for rhythm and melody. When he was 10, he taught himself to play piano by following along with YouTube tutorials. Within a few years, having also mastered drums and guitar, Currie began making beats and producing his own tracks. His former basketball coach, Derryck “Big Tank” Thornton, a longtime producer who’s worked with artists such as Mary J. Blige and Fabolous, was instrumental in convincing Currie’s parents that their son had as bright a future in the studio as he might have on the court. Thornton told them, “I’ve never heard anything like this before, just give me a year, and if he doesn’t have a record deal by then, I’ll make sure he’s back in school.”

Once Currie had built up a body of work, he and Thornton played his music for a number of major labels, and soon the young artist was signed to EP Entertainment/Motown Records. Currie recently sat down with Young California to talk about a wide range of topics, from his creative process and dream collaboration to the Motown legacy and his fondness for Fortnite.

INTRODUCING THE WANT LES ESSENTIELS NYLON TECH COLLECTION : Designed to withstand life’s daily adventures, the WANT Les Essentiels Nylon Tech series is the infamous collection of durable and strong, yet super-soft to the touch nylon accessories. The collection, which features water & tear resistant nylon, is designed with the intent of safeguarding everyday essentials, no matter the climate. The fabric is crafted in Italy with the intention of delivering accessories that have maximum strength and durability while remaining lightweight and smooth to the touch.

Canteen Green, the new Spring/Summer 2018 colorway offering for the technical nylon collection launching with the Spring/Summer 2018 season, brings an update to an array of the brand’s signature staples. A standout is the Hartsfield Weekender Tote, a bag that excels with its clean design and simple shape, making the perfect travel companion. Streamlined design means plenty of room to pack all your essentials, while a highly ergonomic design promises extra comfort and ease. With Italian leather details, all-leather base and handles, this signature WANT Les Essentiels tote is an extra-durable travel solution with a subtle touch of luxury.

Along with the Hartsfield Weekender, the Nylon Tech Collection has expanded to incorporate the brand’s signature O’Hare tote, Kastrup backpack, Haneda briefcase, Kenyatta dopp kit, and Florio computer case. Styles are available in either Canteen Green and/or classic Black and range in price from $195.00 for the Kenyatta to $495.00 for the Kastrup. Pieces are available for purchase via www.WantLesEssentiels.com.