Queen The Greatest: a celebration of 50 of the greatest moments from the Queen story so far. A 50-week YouTube series celebrating key moments in Queen’s history reminding us why Queen and their music continue to be loved across the world. Episode 9: Queen: 1976 Somebody To Love – Freddie’s Greatest Hit? Watch HERE Queen The Greatest Watch Episodes 1-8 HERE

Was it better than Bohemian Rhapsody? The man himself thinks it might be… After the incredible worldwide success of A Night At The Opera and Bohemian Rhapsody,  all eyes were on Queen to see what they would do next. For Freddie Mercury inspiration came from one of the world’s finest singers and ended up with him, Brian and Roger becoming a Gospel choir. Queen The Greatest’s ninth episode celebrates what is undoubtedly one of Queen’s greatest classic hits, the gospel inspired masterpiece, Somebody To Love.

Having set such a high benchmark with their A Night At The Opera album, all eyes were on Queen to see what they would come up with next. As ever, the band refused to stand still and were intent on exploring new musical paths. For Somebody To Love Freddie found inspiration in one the world’s finest singers to create this Queen classic.

Brian May: Freddie wanted to be Aretha Franklin, you have to bear this in mind, and that explains everything. He loved Aretha. And, this was his Gospel epic. It kind of followed in the steps of ‘Bohemian Rhapsody’ in the sense that we were building up these multiple vocal parts, but this time we were being a Gospel choir, instead of being an English choir.

Freddie Mercury: And there’s me going on about Aretha Franklin, sort of made them go a bit mad, I just wanted to write something about that kind of thing. I was sort of incentivized by the gospel approach that she had on her albums, the earlier albums.

Brian May: Freddie came in very well prepared with a lot of vocal parts and we just worked our way through it. There was a very good feeling. I always remember thinking, yeah, this is going to be something great.

For many Bohemian Rhapsody was the greatest song Freddie ever wrote, but according to the man himself, he didn’t necessarily agree.

Freddie Mercury: People will, obviously, no matter how hard you try, will think in terms of your past hits. I really thought, Ok, ‘Bohemian Rhapsody’ is a big hit, but as far as my writing ability is concerned, I think I can write better. And I just looked at it from that point of view. For my estimation, I think a song like ‘Somebody To Love’, from the writing aspect, (is) a better song.

Somebody To Love  just narrowly missed out on the top spot in the UK charts, peaking at number 2. But the song quickly became a powerhouse on stage, as witnessed by the band’s performance at the Milton Keynes Bowl in 1982 featured ;in this episode.

Ten years later, at the Freddie Mercury Tribute Concert, the song had its place firmly cemented in Queen history thanks to the unforgettable performance by Brian, Roger, John, the London Gospel Choir and, of course, George Michael. n the U.S., Somebody To Love has been certified double Platinum by the RIAA.

The song’s subsequent inclusion on the Five Live EP featuring performances from the Tribute Concert by Queen, George Michael and Lisa Stansfield saw it finally top the UK charts in 1993.

Next will see the release of Queen 1976: Hyde Park – Picnic by the Serpentine. Keep up to date with the Queen the Greatest YouTube series here!

An unexpected multi-sensory and immersive experience: ‘A Last Supper’, challenging the future of fashion

Hosted by CEO Marcus Wainwright, Christine Jones (Designer of Queen of the Night), Nigel Godrich (Producer of the band Radiohead), ‘A Last Supper’ was created to explore the the relationship between Artificial Intelligence and Humans. From the first toast given by the AI, the system will effectively learn and evolve through the actions of the guests as they perform one of the most timeless and age-old ways to bond and make friends: over dinner. A nod to the way in which we might coexist with an Artificial Intelligence, as per The Singularity.

The night will see guests led by a cast of performers through an immersive and sensory environment woven with the unexpected. Set against the majestic backdrop of The Weylin in Brooklyn (a historic former savings bank), the collection with re-affirm the brand’s dedication to providing functional and authentic clothing which is rooted through a unique fusion of military, American workwear, sport and British tailoring.

The dinner will be curated by Chef Ignacio Mattos (Estela) and Tamar Adler with a special performance developed by Choreographer, Damien Jalet (Suspiria). All guests will arrive for the evening wearing the brand’s new collection.

Selected guests will be captured with depth cameras to generate point cloud data, a representation of how the AI sees the world. In real time, this content will be incorporated into live futuristic video-scapes created by audio-visual composer Tarik Barri.

The dinner explores how we will keep our humanity and experience and celebrate fashion in the future as we embrace an exponentially growing machine intelligence. In a version of ‘A Last Supper’ before the singularity, in which machines exceed human ability, the brand presents a beautiful and twisted vision of how.

This latest project solidifies rag & bone’s position as an industry innovator and a multi faceted brand which is anchored by authenticity and quality.

***WARNING: This video is a dramatization of alleged events. It contains violent images that may be disturbing to some viewers. Caution is strongly advised.***

The Agenda Project released a new video featuring a dramatization of the alleged attempted rape several years ago by Supreme Court nominee Brett Kavanaugh as described by Dr. Christine Blasey Ford. As the text above warns, the footage may be disturbing for some. This is a delicate subject matter for many, but with the future of our nation at stake, we felt this video was an important one to make. If you feel up to it, we encourage you to watch, then act.

The video ends by providing the number to the US Senate switchboard. If you are as outraged as we are that a man credibly accused of attempted rape is being considered for a lifetime appointment to the Supreme Court, please take a minute to call your Senators and demand that they vote against confirming Kavanaugh.

The video was released in conjunction with a piece written by Agenda Project Founder Erica Payne explaining the rationale behind putting out such potentially disturbing footage. In it, she writes:

“Senator Dean Heller called it “a little hiccup.” For Senator Lindsay Graham, it was “a smear.” The Honorable Orrin Hatch said, “This woman, whoever she is, is mixed up.” The X chromosome knows exactly what the Y chromosome means when it says things like that. It means we are nothing. Our claims to our bodies are NOTHING. Like a little hiccup, we will pass.

So it’s come to this. To showing them – showing as many men who have and would do this, and the ones who dismiss it when it’s done – what we’re actually talking about here.”

For more information on why we felt this video was so important for us to release, you can read more in the rest of her article HERE

“15 million Soundscan. Let me think back how it began…”, Too $hort narrates as a classic photo of him and Freddie B. dating back to 1983 hits the screen. Directed by Maxwell Robinson, the legendary video for “Go $hort Dog” marks the second release from Too $hort’s highly anticipated, forthcoming 20th studio album The Pimp Tape [Dangerous Music/EMPIRE] – set for release November 9, pre-order the album here.Through his video, $hort goes on to lyrically and visually depict his fabled career while paying a nod to other legends such as Ice Cube, Eazy-E, Kid Rock, Notorious B.I.G., Tupac, Pimp C, Jay-Z,T.I., Scarface, Bushwick Bill, Willie D, Lil Jon, Jazze Pha, Jermaine Dupri, 8Ball & MJG, and Lil Kim. He reminiscences on being the first rapper from his hometown of Oakland, California to receive a platinum plaque, which has now gone 6x platinum and 4x gold.

Fashion Week went well! Below are photos from a first of its kind partnership between Prabal Gurung and Amazon Echo Look. On Sunday, they used Echo Look to create a digital version of the look book for Prabal’s (incredible) Fall 2018 collection. Enclosed you can see the images the device took of Bella Hadid along with several other models, as well as an image of Prabal being interviewed by E! – note that these have not been retouched, enhanced or otherwise altered. This partnership is an incredible example of the growing overlap between fashion and technology. 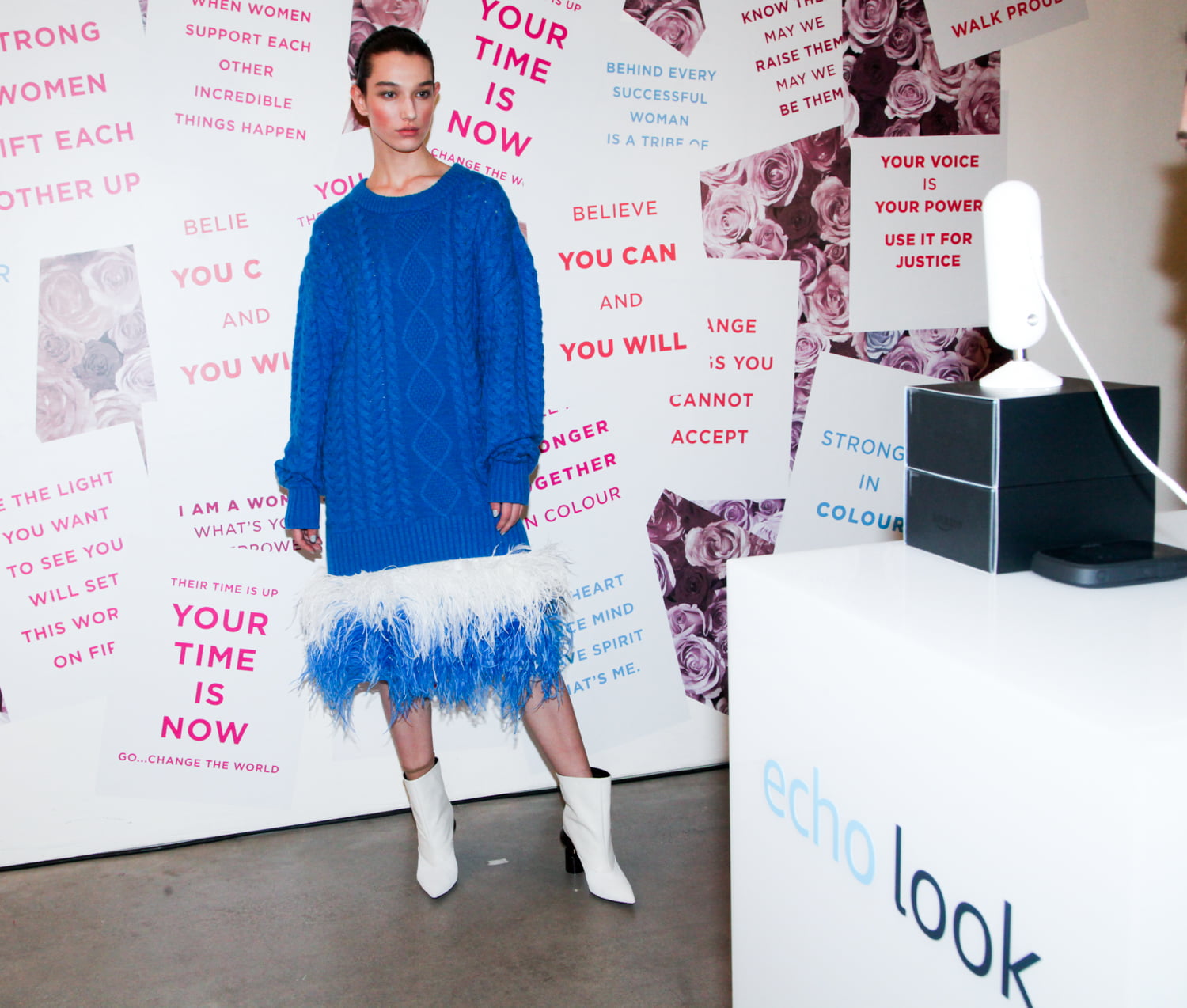 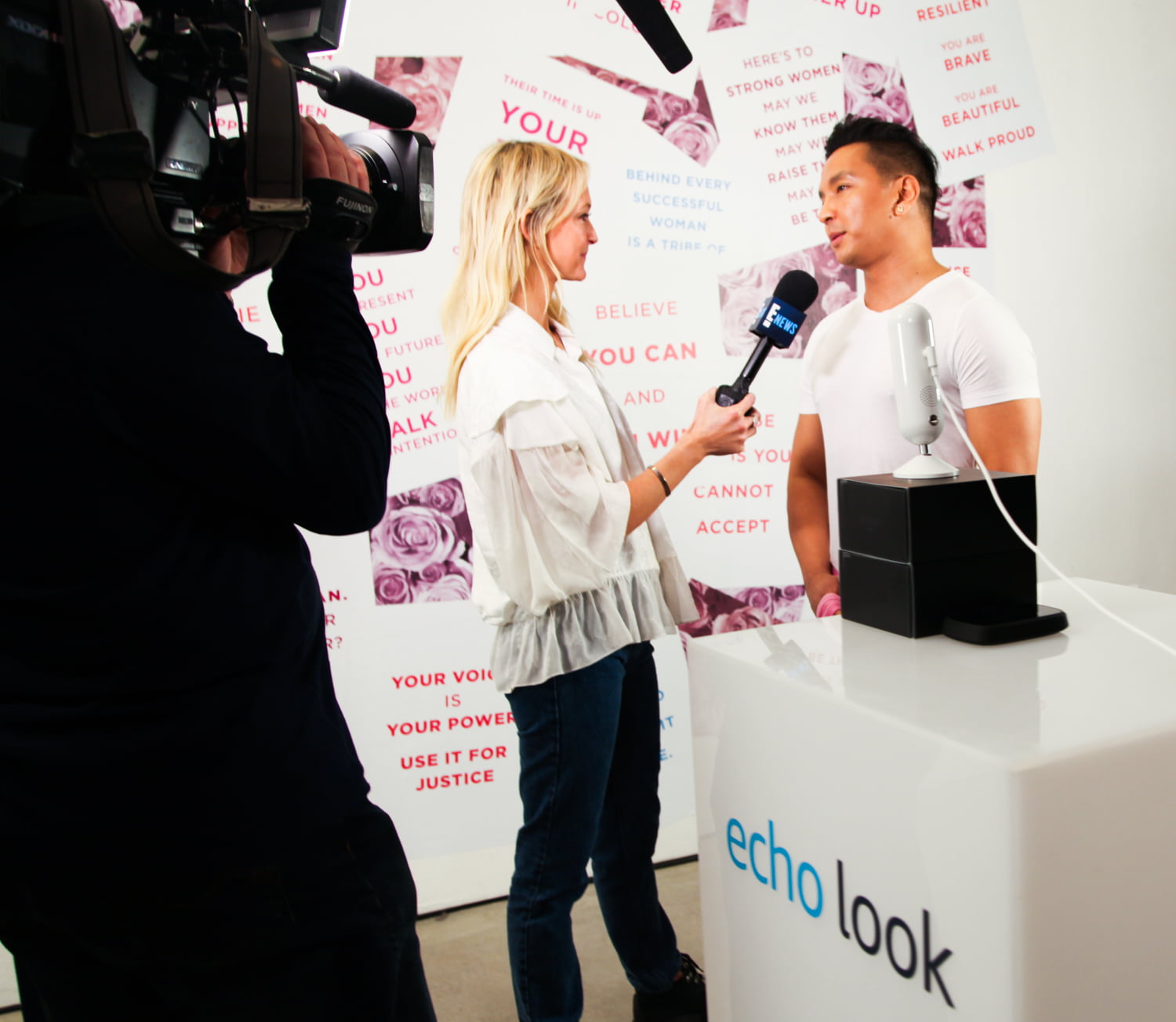 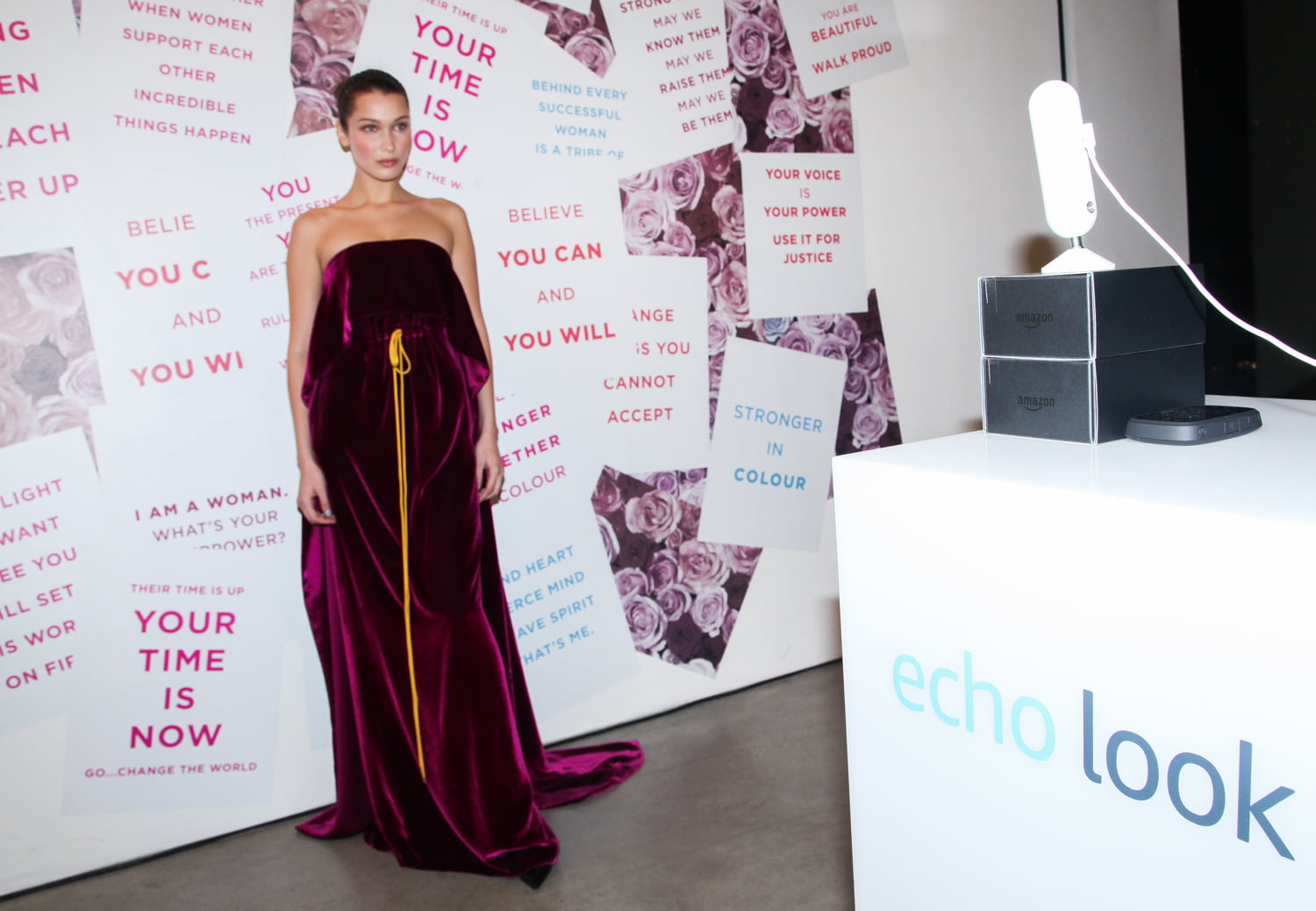 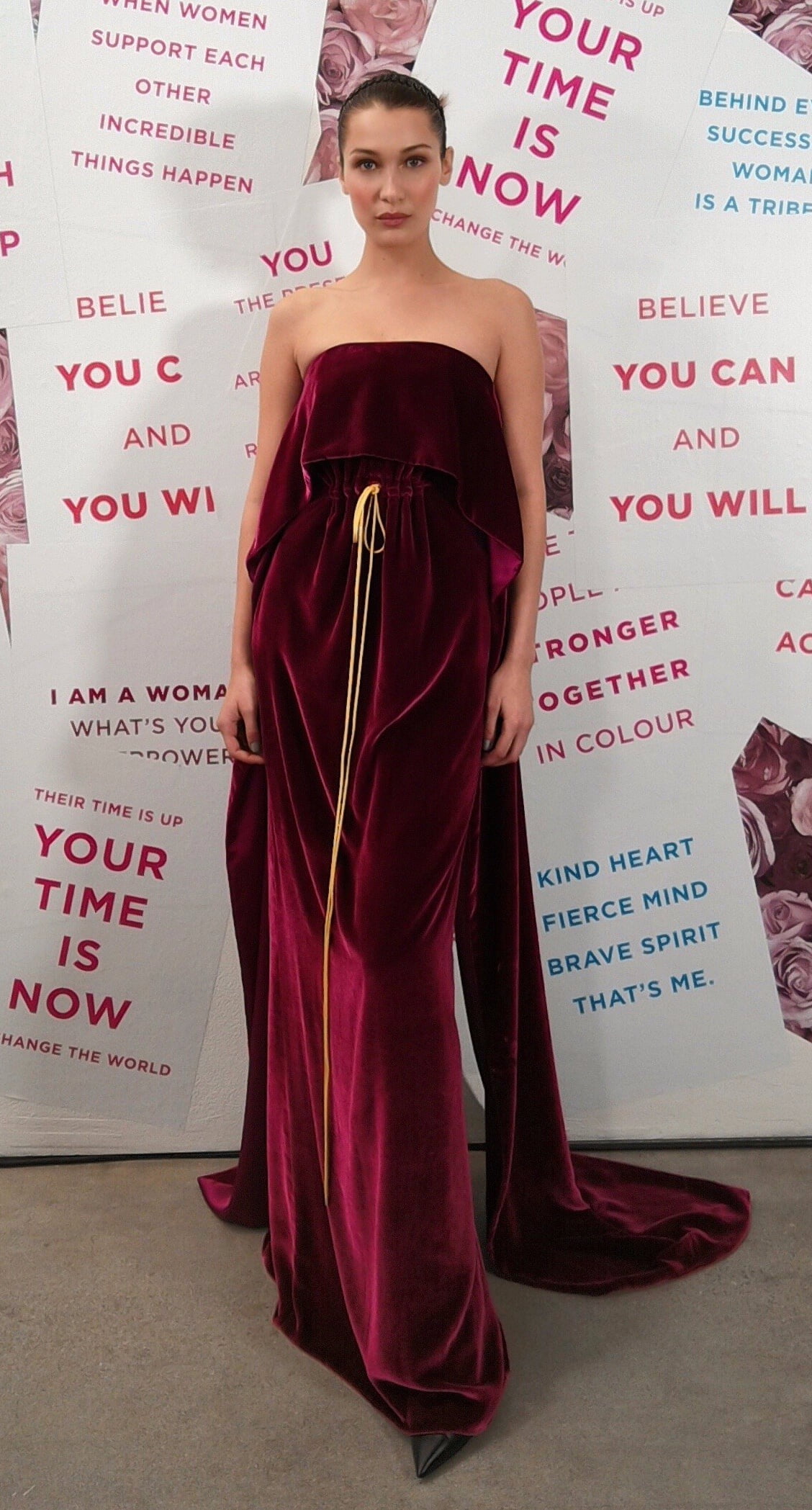 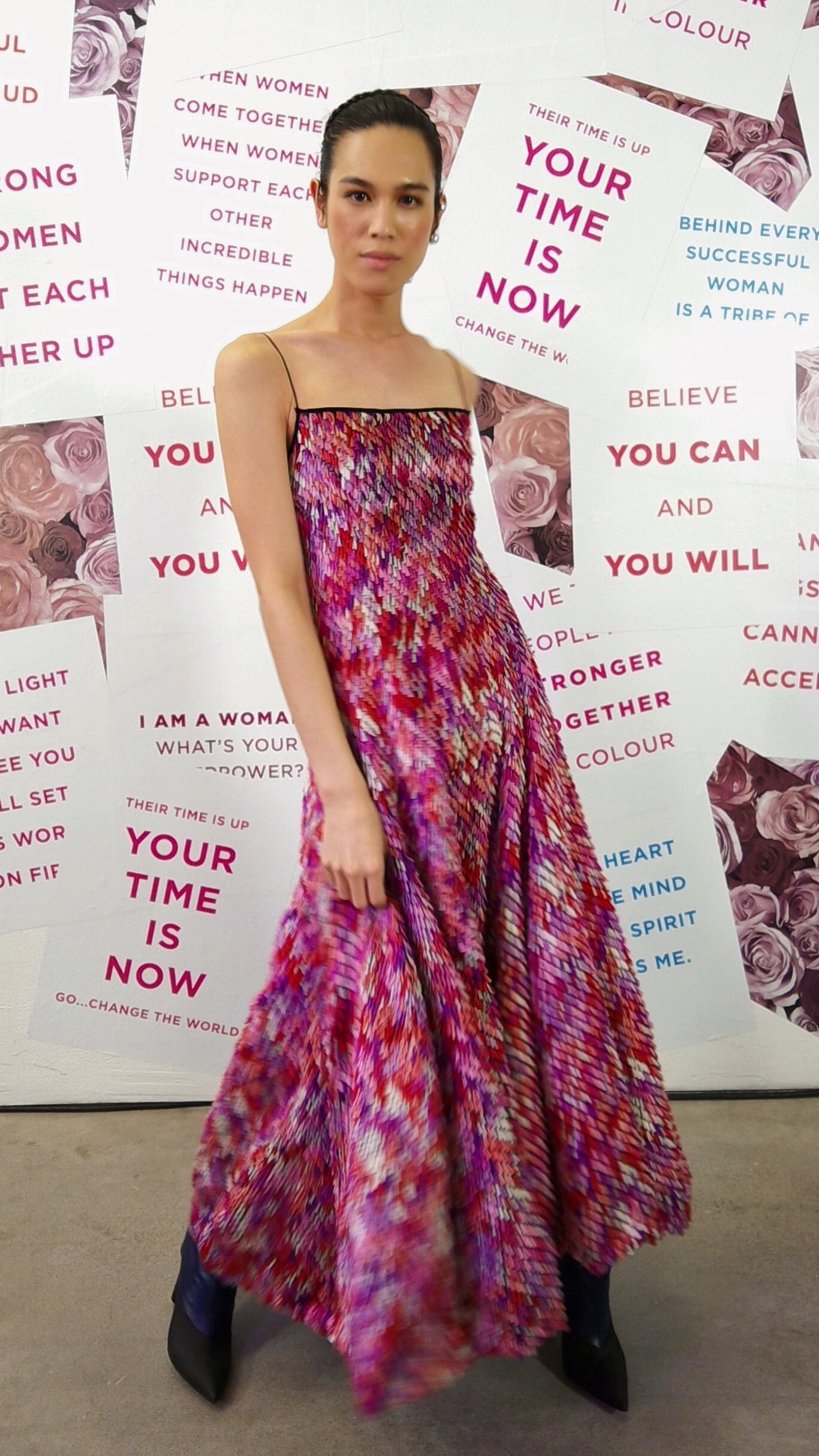