The Dogg father himself, Snoop Dogg celebrated World Gin Day with his very own INDOGGO® Gin like a boss! Terrence J and Snoop’s son Cordell Broadus hosted the rooftop celebration for a specialty curated pairings lunch where the crew sipped on the INDOGGO Long Beach Lemonade’s, The INDOGGO  Remix & the classic INDOGGO Gin N Juice as they dined on shrimp tacos and pasta primavera. Snoop Dogg joined his son and crew for the pool party at the Highlight Room where the entire rooftop was decked out with INDOGGO® bottles, swag and decorations.

The hosts made sure the drinks kept flowing and sent out multiple rounds of gin & juice cocktails along with bottles of INDOGGO to all the guests. The DJ spun all of Snoop’s legendary hits and made sure to play the cult classic “Gin N Juice” on repeat as it got the crowd pumped every time and turned the entire space into a giant Karaoke session. Always one to support his fans, Snoop stopped to take pictures with all the guests before grabbing some INDOGGO®  to go and making rooftop cheers for World Gin Day!

Snoop Dogg is a legendary rapper known for his many albums, his laid back demeanor partially as a result of his affinity for marijuana, and for his work outside of music including his cookbook, work on WWE WrestleMania, and his charity work and advocacy for many causes such as the Flint Water Crisis and the legalization of marijuana. 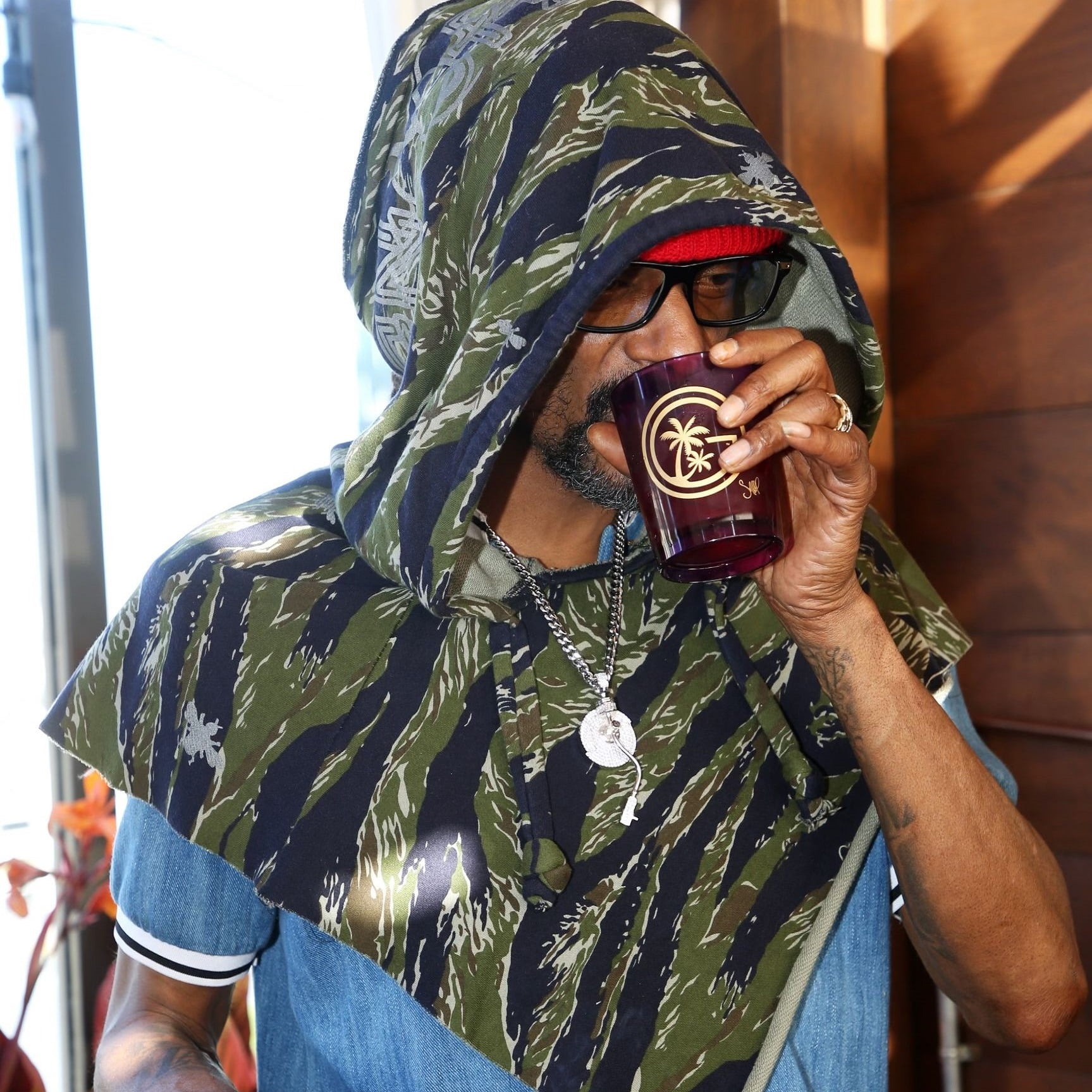 On the heels of the first-ever National Black Voter Day launched by BET’s nonpartisan #ReclaimYourVote campaign, BET Digital will stream an exclusive conversation with Senator Kamala Harris, the presumptive Democratic Vice Presidential nominee with students and youth activists from Historically Black Colleges and Universities. Hosted by Emmy-nominated actor, producer, and media personality Terrence J, the virtual dialog “Black America Votes: HBCU Students Interview Sen. Kamala Harris” will feature political discourse between Sen. Harris and a cohort of student leaders including a student body president, editor-in-chief of a student newspaper, and a president of young Democrats; representing the often unheard millennial voice for many first-time voters in the most significant election in a generation. BET will stream the entire conversation on National Voter Registration Day, Tuesday, September 22, across BET’s digital platforms: BET.com, BET’s Facebook pages including BET, BET News and BET Her. Clips from the special will also be shared to BET’s Twitter accounts.

For more information, go to www.bet.com and join the conversation on social media by logging on to BET social media platforms and using the hashtags: #ReclaimYourVote #BETVote and by following us @BET, @BETVote, and @BETNews.

Being a jack of trades has enabled Teyana Taylor to become a master of all. From her smoky melodic vocals to her dynamic dance moves, the R&B superstar entertainer dips in dives between her talents as singer, songwriter, producer, director, dancer/choreographer, actor, fitness guru, model, and mother. When it comes to describing herself, the Harlem native can only think of one word: Everything.

“I literally can do everything. I never look at anything as being impossible,” she explains. “I exhaust all options to make what happen when I need to make happen.” Her mantra made her an early favorite to artists like Pharrell, who she signed her first deal with, and later choreographed videos for artists like Beyoncé and Jay-Z. In 2014, Teyana’s love for the arts and R&B earned her the title of the first woman signed to Kanye West’s G.O.O.D. Music imprint.

Between R&B’s identity crisis in the 2010s, Teyana dropped her debut album VII, with tracks like “Maybe” (featuring Yo Gotti and Pusha T) and the sultry “Just Different” shaping her musical persona. The critically acclaimed album debuted at No. 1 on the Billboard Top R&B/Hip-Hop Albums chart in 2014, cementing her position in today’s modern R&B field. “I fought for that raw, hood necessary R&B and now I feel like it’s better than ever,” she says.

After spicing up the R&B charts, Teyana was blessed with the arrival of her daughter Junie with husband and NBA star Iman Shumpert in 2015. “I do all of this for my baby. She’s who I do it for,” she says about Iman “Junie” Tayla Shumpert Jr., her main source of inspiration. “I always show her how to be a leader and a businesswoman. I want her to believe that she can be anything she wants to be and it not be a shocker that she’s a female doing it all.” Soon after, Teyana went on to star in the internet-breaking video (https://defjam.us13.list-manage.com/track/click?u=b52e78ece97447e472590f343&id=ebb0bed877&e=4792530c9f) for Kanye West’s “Fade,” and scored her first MTV Moonman for “Best Choreography” at the 2017 MTV Video Music Awards.

But it wasn’t until the release of her second album project K.T.S.E.(released June 2018) that the world caught up with Teyana’s talents. With her all-female production company The Aunties, Teyana self-directed videos for “WTP,” the RIAA gold-selling single “Gonna Love Me,” (whose remix features Wu-Tang Clan’s Ghostface Killah, Method Man and Raekwon), and recently, “Issues/Hold On.” Teyana has also directed videos for her peers like T.I. (“You”), Monica (“Commitment”), and Lil Duval (“Pull Up” featuring Ty Dolla $ign) with fans like Ms. Lauryn Hill and Elton John praising her boss moves.

Part of what makes Teyana stand out from the rest is her ability to move with precision and poise in everything she does. From the studio to the stage, every idea is a project with the singer front and center with a vision all her own. With her musical inspirations like Aaliyah, Teena Marie, Mint Condition and Janet Jackson speaking to her soul, Teyana is aware her mission is larger than life. “I’m working on me every day and I think that’s my purpose,” she says, comparing her life to a never-ending book. “I’m still going, still mastering and being a better me.”

WHAT: UK retailer, Boohoo Man presents the Illumanate Festival hosted by DJ Khaled with a special performance by Rich The Kid

WHY: The festival themed party featured an A-List special performance from Rich the Kid hosted by DJ Khaled and carnival activations throughout the space including childhood favorite carnival games, a ferris wheel, games, balloons and custom stations.

“As we recognize black achievement on a day as auspicious as the Martin Luther King, Jr. holiday, TV One is proud to partner with a dynamic group of companies which understand the importance of representing the dream within their communities and across the nation,” says Rahsan-Rahsan Lindsay, TV One EVP of Ad Sales and Marketing.

Additionally, actor and TV personality Terrence J (Think Like A Man) will return to host and serve as one of the producers for the 1-hour live TV One Red Carpet Special with correspondent Tanika Ray (Extra) and chat with the stars as they grace the carpet at the Pasadena Civic Auditorium.  The telecast will feature the latest, fully loaded Toyota Camry on the carpet. Toyota will also present the digital red carpet promotional category on HelloBeautiful.com. Following the arrivals, special guests will indulge on festive fair in the Walmart VIP Gold Room, complete with food, drinks and photographs to capture the occasion.

Ford Motor Company returns as the lead telecast sponsor to present the Backstage Pass, hosted by celebrity influencer Tai Beauchamp and comedian/actor/producer Chris Spencer. The in-show segments offer exclusive interviews with award presenters and winners throughout the night. Ford will also sponsor the Entertainer of the Year Award category, which boasts a tight field of nominees including Chadwick Boseman, Ava DuVernay, Bruno Mars, Issa Rae, Chance The Rapper and Jay-Z.

McDonald’s has signed on as sponsor of the newly created “Music Makes A Difference Honor,” which recognizes exceptional individuals whose work and foundations strive to create a force of development, change and inspiration in the lives of our communities.   The recipient is to be announced. Also, McDonald’s will sponsor the digital music recording promotional category as featured on HelloBeautiful.com.

AT&T’s sponsorship of the Countdown Clock during the red carpet special will help build anticipation leading up to the live broadcast of the Awards show, while their support of the TV One after party with show participants, winners and other special guests will help continue the celebration after the last trophy is awarded.

American Family Insurance and Black Radiance Curls will sponsor the first-ever NAACP Image Awards Red Carpet Fan Zone, where 100 lucky fans can watch their favorite stars walk the red carpet as well as experience all the glitz and glamour of the celebrity arrivals. Disney Pictures will build excitement for their new films A Wrinkle In Time and Black Panther with exclusive content from the upcoming releases during the telecast.  Beauty brand Black Radiance Curls will also sponsor activations on-site during the Red Carpet Live! pre-show.

The NAACP Image Awards honors individuals or groups who promote social justice through creative endeavors and celebrates the accomplishments of people of color in the fields of television, music, literature and film.  For the first time in its award show history, the public was invited to vote for their favorite nominees in 36 categories, which is certain to make for an even more meaningful win for this year’s honorees.

“For the first time in our history, voting for the 49th NAACP Image Awards was open to the public,” said Derrick Johnson, NAACP President and CEO. “Through our Hollywood Bureau, the NAACP fights for diversity and inclusivity in front of and behind the lens. Engaging the public in the selection of the Image Awards winners is a natural extension of that mission. I am thrilled but not surprised that more than a million individual votes were cast for nominees in 36 categories. We look forward to celebrating the winners they selected on January 15th.”

TV One will drive conversation around MLK Jr. Day and the 49th NAACP Image Awards by encouraging its social audience to share how they ‘REPRESENT’ Martin Luther King Jr.’s dream today. Nominees, celebrities, influencers, notable dignitaries and the social community will use the hash tag #RepresentTheDream to create an emotional and powerful campaign that will remind viewers of the power of “The Dream.” Viewers can find each thought-provoking #RepresentTheDream testimonial on www.TVOne.tv/ImageAwards or on Instagram during the Red Carpet Live! pre-show.

For all information and latest news, please visit the official 49th NAACP Image Awards website at http://www.naacpimageawards.net. Viewers can also join the conversation on TV One’supcoming live telecast of the 49th NAACP Image Awards by visiting www.tvone.tv/imageawards and connecting via social media on Twitter, Instagram and Facebook (@tvonetv) using the hash tags #ImageAwards and #RepresentTheDream.