Not one for a straight forward visual, EARTHGANG teamed up with Adult Swim’s “Robot Chicken” animator Bona Bones to take the fashion doll motif to another level. The Zack Sekuler directed visualizer is live now and can be watched above or via the link here.

The release of the song comes at the heels of EARTHGANG receiving a Grammy Award nomination for “Collide” — a track with Tiana Major9 for the film “Queen & Slim.” The song is nominated for “Best R&B Song” category and will be the pair’s second Grammy nod after being nominated earlier this year for their work with Dreamville’sRevenge of Dreamers III album.

EARTHGANG have stayed busy since the release of their critically acclaimed debut album Mirrorland (Dreamville/Interscope) and Platinum-certified Revenge of The Dreamers III project both out last year. When touring halted the duo hit the studio to collaborate with music friends like Gorillaz, Tokimonsta, Louis The Child, Tobi Nwigwe and more.

Earlier this year, OLU and WowGr8 banded with their Spillage Village members to work on the long-awaited Spilligion album which was released to acclaim in the Fall. The album made many “Best of 2020” lists including NPR, FADER, Uproxx, Complex and more.

Alongside making music, the pair have also been heavy on the campaign trail in the battleground state of Georgia working closely with Mayor Lance Bottoms and politician Stacey Abrams advocating for voter rights. A bright spot of their hometown, EARTHGANG continue to shine in their purpose to deliver music that aims to entertain and unite.

Self-made phenomenon Loren Gray released two new singles today: the sinuous, pulsating “Options” and the haunting “Lie Like That.” She teamed up with Captain Cuts (Walk the Moon, Halsey, The Chainsmokers) to write and produce both tracks, bringing in collaborators Nija (Jason Derulo, Chris Brown) on “Options” and Australian artist Ivy Adara on “Lie Like That.” The two-track single is available HERE.

Honda/Uproxx has been following Loren since last November, covering some of her biggest career “firsts,” including her Forever 21 Times Square billboard reveal, her first Christmas at home in Pottstown, PA after signing her deal with Virgin Records, her first performance of an original song on stage (“Anti-Everything” with Lost Kings) and more. Loren’s first-ever live performance videos will launch later today as part of the Honda Stage program. Watch her preparing to shoot the videos in this new episode. As an artist in the Honda Stage program, Loren follows Universal Music Group label mates Troye Sivan and Jessie Reyez.

To date, Loren’s songs have racked up over 50 million cumulative streams worldwide, including 20 million for her recent single, “Queen” Idolator praised the “empowering new single” and noted, “The 16-year-old made a good first impression with the perky ”My Story” and then showed serious pop star potential on the fiery ”Kick You Out.” That upward trajectory continues with the arrival of Queen.” In this interview, Loren told ET Live, “The message of this song was so important for me to get out to my young female fans; to embrace being a strong independent woman.” View the official video for “Queen” HERE.

Loren has been obsessed with music her entire life. Growing up in the Philadelphia area, she began playing piano at a young age and spent her childhood listening to everything from classic rock and country to heavy metal and hip-hop. At 15, she uprooted herself and moved to Los Angeles to pursue a career in music. After cutting six records as an independent artist, Loren landed a deal with Virgin Records. In August 2018, she released “My Story,” which debuted at #1 on the Spotify Global Viral Chart and now has more than 15 million streams. Writing of the follow-up single, “Kick You Out,” Billboard said, “The song’s contrasting vibe effortlessly shows the true highs and lows that come from being in love.” Loren is currently at work on her debut EP.

With a successful expansion into sneakers this past Spring, Eredità is continuing to offer casual, seasonal options for FW18.

Some of Eredità’s favorites are back for fall, including the Abrusco, Francesco, and Pascale. the Corvina is the brand’s newest addition for Fall/Winter 2018 a high-top, leather sneaker in a classic black, and also available for custom color selection.

Eredità’s Shoes’ products are handcrafted across Italy by family-run factories. With decades of experience and knowledge that has been passed down generation, the dedication to perfection is unparalleled. Cobblers from regions across Italy spend hours handcrafting every pair of Eredità Shoes for each individual customer.

Eredità Shoes are made to order and hand-dyed, giving you unique individualization from one pair to the next.

It’s the new year; and we’re all seeking ways to revamp our home decor. For whatever reason, furniture has the ability to create an ambience of joy and inspiration. Of late, we had an opportunity to visit an aesthetically pleasing furniture store, BoConcept. Blown away by its vibrancy, we were captivated by an array of colors and tones which induced our internal mood – numerous area rugs in various patterns coupled with dining room or living room arrangements.

Boconcept has 250 stores in over 60 countries and continues to rapidly expand. 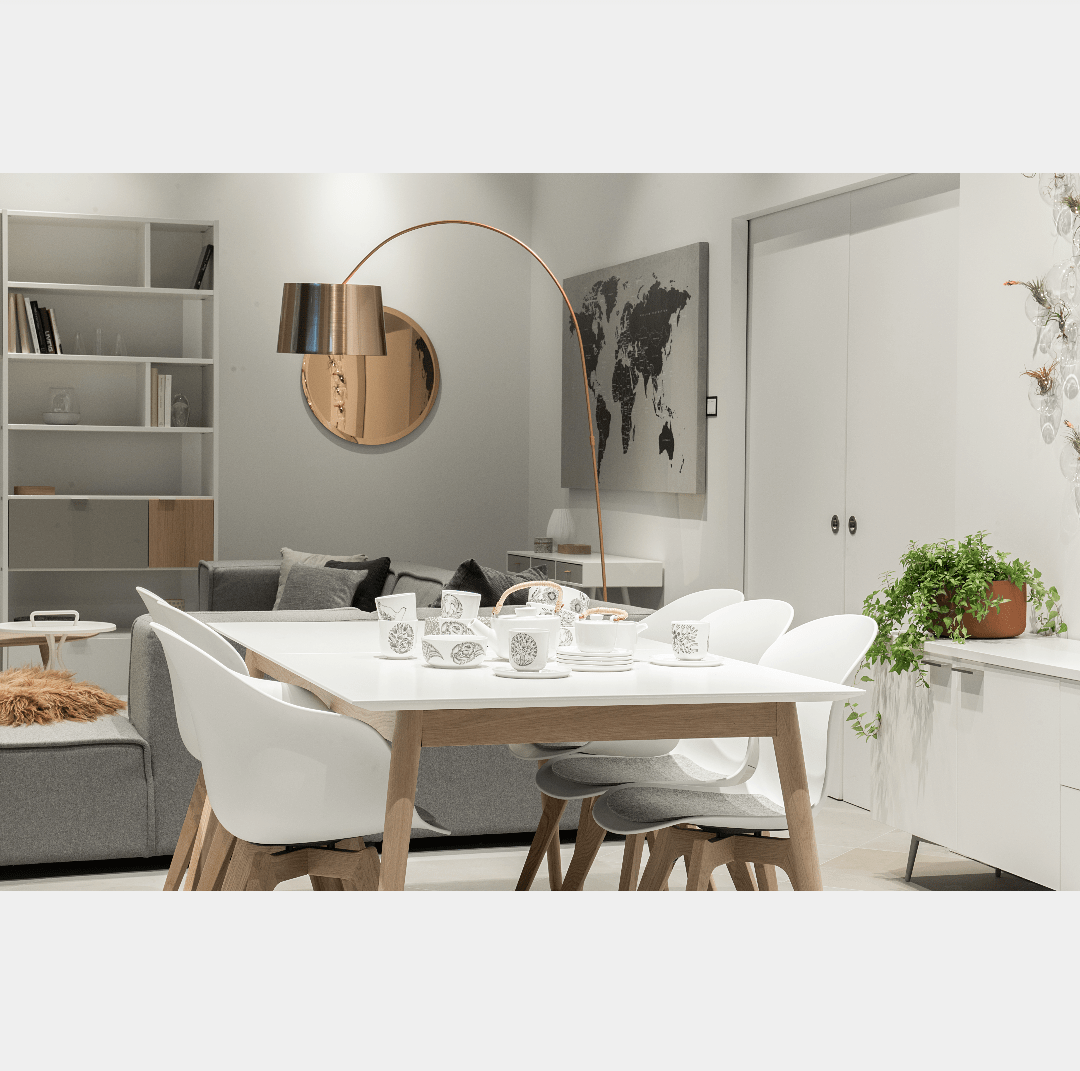 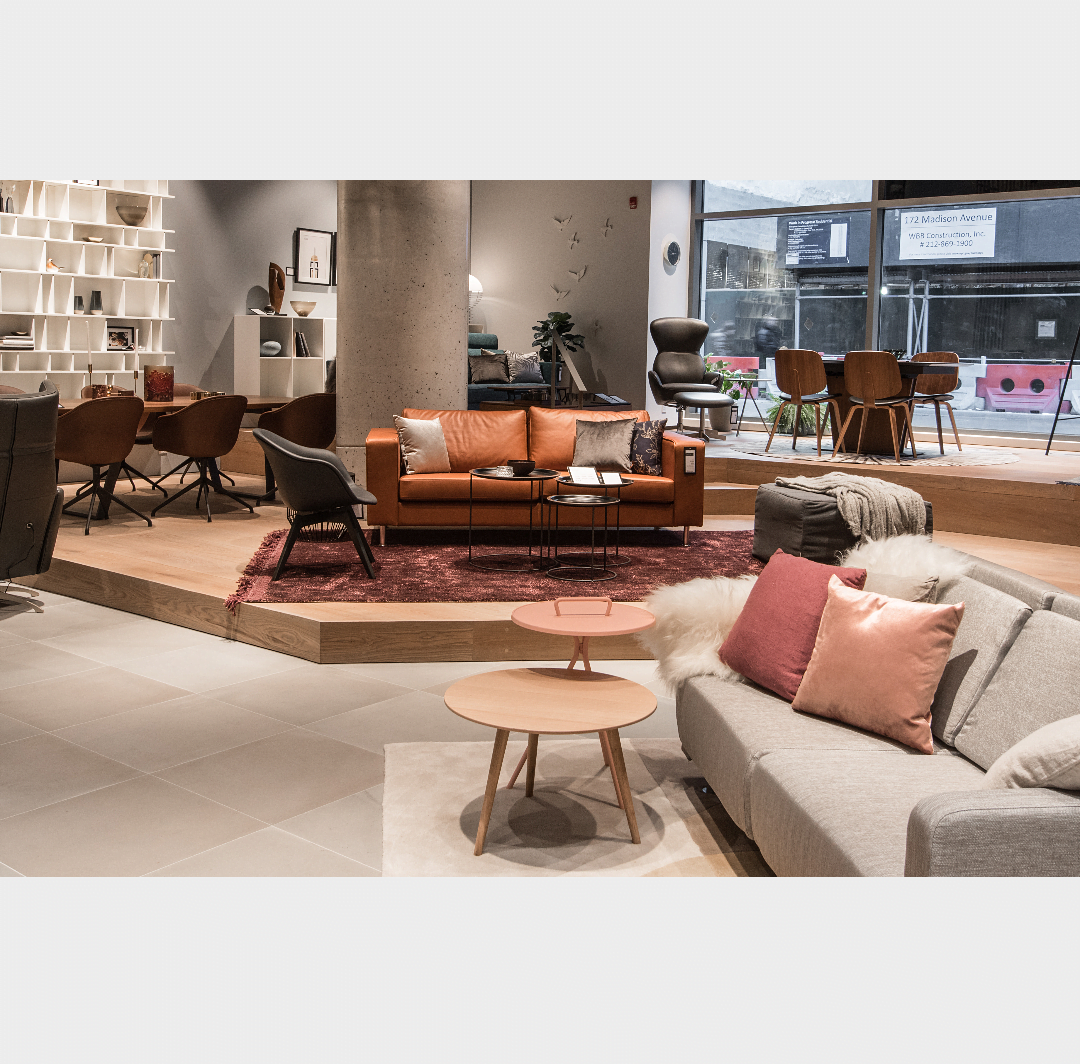