Dedicated to creating a way of life that is healthy, sustainable, fulfilling, and fun, Las Catalinas is pleased to invite guests to experience it as a Wellness Well with a new package by the same name that will undoubtedly deliver a remarkable sense of wellbeing and rejuvenation while enjoying Las Catalinas and all that this seaside gem of a (car-free!) town has to offer.

This 4-night package includes fresh green juice daily from Copper & Stone Gourmet Market;  a $100 credit at Pots & Bowls Food Truck, which opened this year and offers a fantastically fresh, healthy new twist with true farm-to-table cuisine and extensive raw vegan options; an all-access pass to CORE by ChakFitness, which also just opened and offers an exciting array of classes, including Beach Boot Camp, Bosu Boot Camp, Core Conditioning, Flinstones-esque free weights in the “Sand Box” (literally on the beach) and more; one complimentary matcha latte (almond and soy milks available) with all bike, SUP and kayak rentals at Pura Vida Ride; and a $50 credit at Wake Day Spa, which offers some of the best spa services on earth and also features an especially lovely boutique.

The Wellness Well package also includes a day trip to a secluded and magical farm surrounded by the lush Costa Rican rainforest and waterfalls on the slopes of the Rincón de la Vieja volcano, where you can wade in the remarkable “blue lagoon” whose spring water comes directly from the volcano and is naturally tinted an electric turquoise. During the farm visit, taste delicious homemade cheeses, traditional tortillas and Costa Rican coffee, and finish the day with lunch at a beautiful restaurant nestled in the middle of the jungle beside the lagoon. Rates for the Wellness Well Package start at $1500, including airport transfers and private accommodations with breakfast daily at the Santarena Hotel and all else noted above. All Las Catalinas reservations can be made via its preferred travel partner, Beach Town Travel; to book this package please visit Beach Town Travel.

Las Catalinas is designed to be a place to maintain or regain one’s physical and mental equilibrium and provides an ideal environment for feeling comfortable, healthy and happy. It is a place to rediscover the freedom of one’s own two feet and the joy of exploring. Whether wandering the streets, hiking through the forest, or strolling the beach, it’s easy to connect with nature, oneself and others in Las Catalinas. The beautiful natural world and charming town provide ample opportunities to ease the body and mind: Set out in the early morning mist on a paddleboard or kayak; engage in sunrise or sunset yoga on the beach; enjoy hiking and mountain biking through stunning coastal terrain. In conjunction with Pura Vida Ride, Las Catalinas offers one of the best playgrounds in the world for water sports and trail fanatics. Specializing in the rental and sale of standup paddle boards, mountain bikes, kayaks and other ocean and mountain sports equipment, Pura Vida Ride is located on Playa Danta in the heart of Las Catalinas and not only offers lessons and expeditions, but is also a full service bike repair shop and general store serving coffee, pastries, drinks and snacks. Las Catalinas together with Pura Vida Ride provide a special and truly unique place where people can enjoy first class sporting activities with ease.

The conscious community of Las Catalinas is taking shape as Costa Rica’s newest desirable beach town. This highly walkable destination on Costa Rica’s Guanacaste Coast is well underway with 21 acres of land under development, a Beach Club and several full-time residents. When complete, there will be approximately 180 residences, 10 restaurants (four currently operating), several thousand square feet of office space, a town hall, over a dozen plazas and various other merchants. The town’s core values and beliefs include environmental stewardship, connection to one another and to the rhythms of nature.

Maalot Roma, set to become the new “lounge” in the Eternal City for those who want to be in the know, introduces its restaurant’s food concept, created by Don Pasquale’s executive chef Domenico Boschi.

Domenico and Edoardo Officioso, Maalot Roma’s General Manager, comment; “Don Pasquale wants to attract not only an international clientele but also the food connoisseurs in Rome. Our menu includes authentic Italian and Roman dishes together with innovative recipes that give homage to the tradition winking to unexpected and modern paring.” 360 Magazine is excited to try the menu as its hearing these interesting meals.

The breakfast features a wide selection of pastries, but also Roman Maritozzo con la Panna, Pizza with Mortadella and vast choice of cooked eggs reinvented with roman traditional ingredients – eggs with basil and tomatoes, eggs al Matriciana and eggs al Cacio and Pepe. However, the unexpected combinations don’t end here. The Maritozzo Salato featuring aubergines, cod, and potato, and meatballs is the menu’s most anticipated surprise.

Lunch and dinner options include a wide range of vegetables from local producers to meet the needs of modern trends. Those keen on plant-based gastronomic experiences can choose from Zucchine Romanesche, I Famosi Friggitelli, Le Puntarelle, and Cicoria. Among the starters is the fried octopus with chickpeas and chicory standouts.  Main courses include Amatriciana Don Pasquale with smoked pig cheek by Sauris with handmade Pici and Roman pecorino DOP; Pappardelle, Ajo, Ojo, Baccalà, and Ceci for a rustic dish full of flavors; Vitella alla Fornara and Galletto alla Cacciatora, both meat dishes in which traditional recipes are re-created with innovative cooking technics to soften the meat and make it tasty and juicy.

The traditional Tiramisu or the Apple and Cinnamon Crumble delight those with a sweet tooth.

The Los Angeles Times announced the lineup for its Costa Mesa edition of The Taste. Following its 10th anniversary on the Paramount Pictures Studios backlot, one of the most popular food and drink festivals is returning to Orange County for its second year to spotlight the vibrant cuisine and award-winning restaurants in the heart of Southern California.

Hosted by The Times’ Food staff, The Taste in Costa Mesa will take place at The MET over three sessions: one on Friday, Oct. 18 and two on Saturday, Oct. 19. Admission to each event includes unlimited samplings from dozens of local restaurants, premium cocktail tastings, plus demonstrations from renowned chefs and wine experts.

Travel Costa Mesa has partnered with nearby hotels to offer special packages that include a pair of tickets to The Taste with each night’s stay for a weekend “Eatcation” to explore more of the area’s diverse food and cultural scene.

Alibi, the pioneering cocktail bar and plant-based restaurant at Ovolo Woolloomooloo hotel in Sydney, has introduced a brand-new entirely plant-based high tea for hotel guests and locals alike, with the option to pair with Perrier-Jouët Champagne.

The new high tea offering features both sweet and savory options, including lemon meringue tart with sable, mixed berry cheesecake with strawberry compote, forest mushrooms on toast with wasabi cream, and baby quiche with vegan cream cheese. A selection of plant-based cocktails are on offer to accompany the high tea menu, including a kaffir lime mule using house-made ginger beer, Earl Grey Sour, and Ovolo classic Bellini with the choice of raspberry, apricot, peach or lavender. There is also an option for free-flowing Perrier-Jouët throughout the two-hour menu package.
Alibi’s high tea offering is available in five different two-hour variations throughout the week, as follows:

For more information about the Ovolo Hotels group, visit www.ovolohotels.com

ABOUT OVOLO HOTELS:
Founded by Girish Jhunjhnuwala in 2002, Ovolo Hotels has become one of Hong Kong’s largest independent owner/operator hospitality firms, by providing business and leisure guests with the best in effortless living. The company keeps in touch with the modern traveler through award-winning interior designs, detail-driven comforts, focused all-inclusive service and cutting-edge en-suite technology, all done in Ovolo’s signature style.  A proud Hong Kong brand, Ovolo remains a family-owned and privately operated business with a charitable core. The company now runs four hotels in Hong Kong, and six hotels across Sydney, Melbourne, Canberra and Brisbane.  Ovolo has also recently launched a new brand Mojo Nomad in Central which opened in September 2018 and in Aberdeen Harbour Hong Kong which opened its doors in December 2017. Mojo Nomad is a co-habitation concept for global nomads that combines travel, lifestyle and community at its core and will be entering the Australian market in the near future.
ABOUT MATTHEW KENNEY CUISINE:
Matthew Kenney Cuisine is an integrated, California-based lifestyle company. The brand provides innovative, high quality products and services in the culinary art and wellness markets through its six business segments: hospitality, education, media, products, wellness and services. The foundation of his work is based on proprietary techniques and creative thinking applied to prepare minimally processed, plant-based cuisine that is both refined and healthy.
Matthew Kenney Cuisine owns and operates multiple plant-based restaurants including: Plant Food + Wine in Venice, CA, Make Out in Culver City, CA, Matthew Kenney NM in Beverly Hills CA, New Deli in Venice, CA, Plnthouse: the good kitchen at the 1 Hotel South Beach in Miami, FL, Essence in London, New York City’s Double Zero, XYST, Bar Verde and Plantmade. As well as Plant Cafe in Bahrain and Make Out in Bogota, Colombia. [13] The company has also launched MK Wellness, a plant-based yoga and a travel brand. Kenney also founded the global education business, Plantlab Culinary. 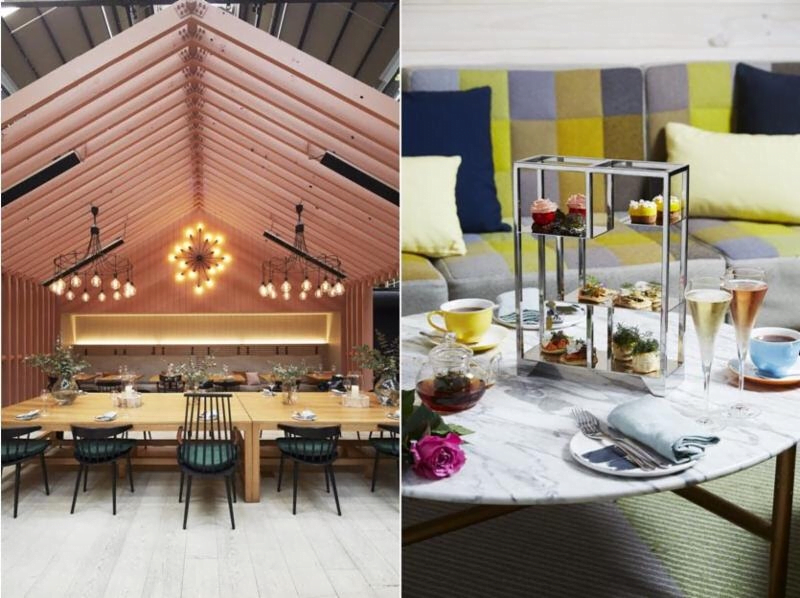