Fast-rising Taylor Gang singer, SK8, is continuing his musical evolution into alternative rock with his new single, “Caught In The Middle” – LISTEN HERE.

Over an infectious guitar riff and trap-like drums, SK8 uses a nostalgia-tinged pop/punk chorus to describe feeling caught between wanting a relationship and wanting to pursue his dreams.

“I’ve always known that I wanted to be a recording artist. I wanted the life that I’d seen my favorite musicians and bands live. I moved all the way from Omaha, Nebraska to achieve that dream and sometimes that dream pulls you in a direction that separates you from another thing you want in your life. ‘Caught In The Middle’ is about that constant push and pull and trying to find the balance in my personal life and music career.” –SK8

“Caught In The Middle” is the second single from SK8’s upcoming project, arriving soon…

STREAM/DOWNLOAD “CAUGHT IN THE MIDDLE” HERE

At 15, you could find SK8 in his room writing lyrics, and by his sophomore year, you could find him handing out CDs in high school. The 23-year-old moved to Los Angeles from Omaha, Nebraska and linked with the venerable Taylor Gang, first breaking into the mainstream with his gold-certified single, “Like That,” with Jack & Jack and opening for revered rap icons like Lil Wayne, 2 Chainz and Rae Sremmurd. SK8 began building a dedicated fanbase of dreamers who related to his message of seizing every moment long before his eventual move to LA. Shortly after founding his own imprint, Alignment, and formally signing a joint venture with Atlantic Records via James McMillan’s ART@WAR, SK8 released his major label debut EP, sk8sounds, which was buttressed by the standout singles “Omme (Feat. Wiz Khalifa),” “XXX” and “Mood (Feat. YK Osiris).” Over a year later, SK8 turned a new page in his career with his first single of 2021, “Famous (Feat. Tyla Yaweh),” and its associated forthcoming project which finds the rising singer seamlessly blending punk/rock instrumentation with his hip-hop origins, the latest, but not last, development in SK8’s rapidly evolving artistry.

Following the recent release of his video for “Desperate” featuring Nina Nesbitt, unstoppable hit-maker Jonas Blue has now unveiled the sun-soaked video for the release of his fresh anthem ”Wild.”

Taken from his debut album Blue, the melodic hit was directed by creative mastermind Daniel Carberry and sees Jonas embrace Latin American culture alongside Puerto Rican rapper Jhay Cortez, (best known for his J.Balvin collaboration “Estan Pa Mi”), Argentine actress and singer TINI, and UK songwriter Chelcee Grimes (responsible for several huge hits from the likes of Dua Lipa, Kylie Minogue and Olly Murs). “Wild” sees all four artists unite during the video amid a vibrant flurry of bold colors on a warm afternoon in the peak of summer.

Enjoying another truly stellar year in 2018, Jonas Blue launched his own record label Blue Future, releasing a flurry of huge hits from his debut album Blue, including Liam Payne and Lennon Stella collaboration “Polaroid.” With Jonas also racking up the sound of the summer on Jack & Jack collaboration “Rise” the anthem – which has amassed almost 1 billion global streams – has also been nominated for Best Video at the 2019 BRIT Awards.

Amassing 5 BRIT nominations in his career so far, Jonas has also accrued over 6 billion streams worldwide and 35 million single sales. Cementing his reputation as a true worldwide superstar, the latin-inspired video for Jonas Blue’s latest single, “Wild” is out now!

Los Angeles based pop duo Jack & Jack release debut album A Good Friend Is Nice today! The collection of songs were created by Jack & Jack, with Ed Drewett (One Direction, Little Mix), Asia Whitacre (5 Seconds Of Summer, Hailee Steinfeld/Zedd/Grey), JHart (Justin Bieber, Why Don’t We), Jussi (Bebe Rexha, Kelly Clarkson) and Michael Matosic (LAUV). The duo also made their US late night television debut last week performing the lead single off of the LP “No One Compares To You.” Click HERE to view!

BUY/STREAM A GOOD FRIEND IS NICE

The album features “No One Compares To You,” which has over 37 million audio streams and 5 million views on YouTube. The music video was directed by James Larese (Fifth Harmony, Bishop Briggs, Eminem), click HERE to view! “No One Compares To You” followed on the heels of the duo’s hit collaboration “Rise” with multi-platinum artist and producer Jonas Blue. The track, which is also on the album, peaked at #1 on the UK airplay charts as well as on the Billboard Dance charts, went platinum in the UK and Gold in the US, and has surpassed over half a billion streams and over 284 million YouTube views. The video was also nominated for “Video of the Year” for the upcoming 2019 Brit Awards. Click HERE to view the video!

To round off 2018, Jack and Jack performed at the MTV EMAs alongside artists such as Nicki Minaj, Bebe Rexha, Halsey, Marshmello, Bastille, David Guetta, and more. The duo also performed at the 92nd Annual Macy’s Thanksgiving Day Parade.

In conjunction with the album, Jack & Jack are set to head out on their “Good Friends Are Nice” European and North American tour, set to kick off on February 21st in Amsterdam at Melkweg and wrapping on Sunday May 5th in Omaha, NE at Sokol Auditorium. VIP upgrades including meet & greets for both the European and North American tour are available HERE. Fans can also purchase merch bundles and more on Jack & Jack’s newly launched web-store HERE. 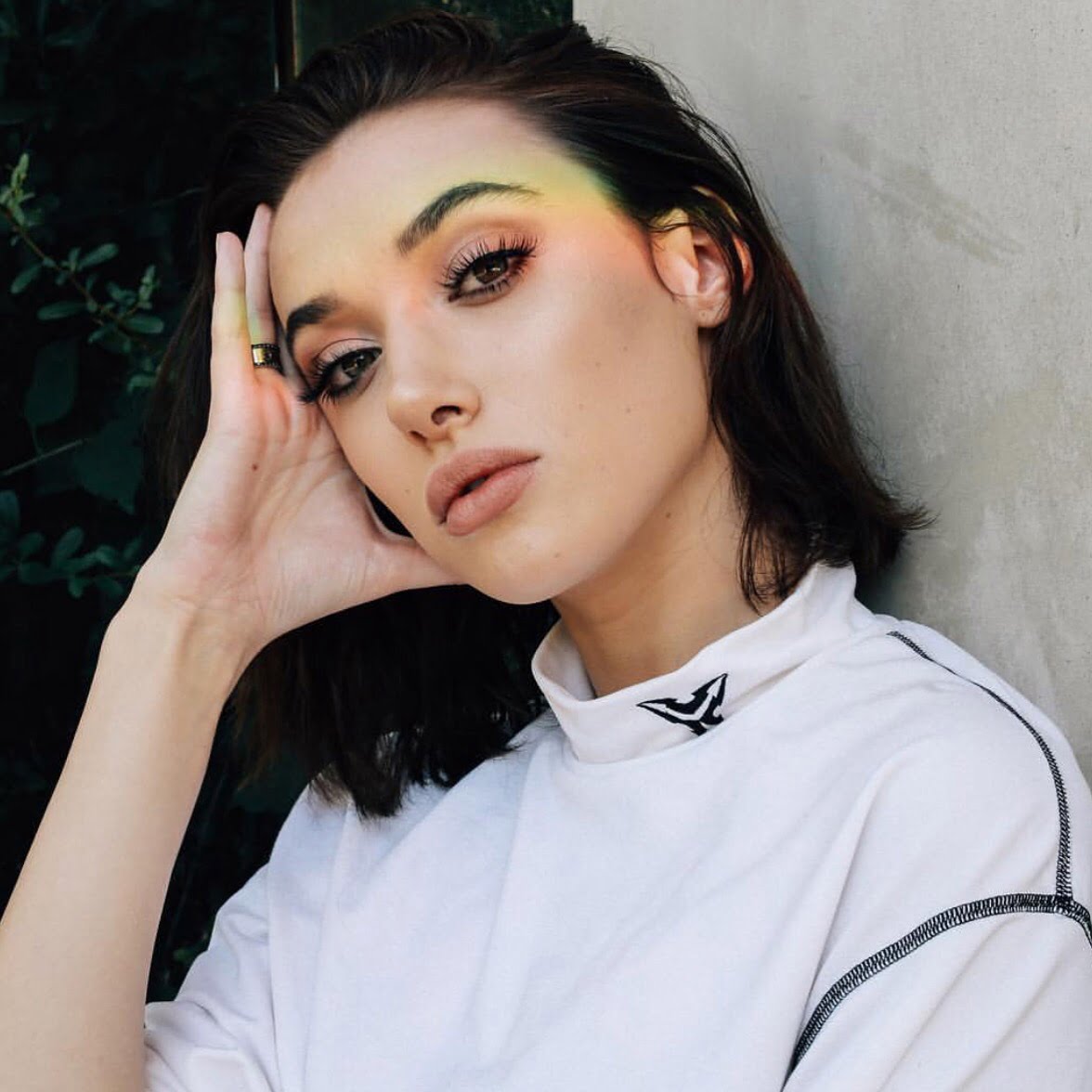 “Her truest test of artistry is in her music, which she writes herself” (V Magazine)

“She’s proving to be a name on the rise” (Complex)

Island Records Cali-based singer and song­writer Olivia O’Brien, familiar to hundreds of millions around the world via her RIAA triple-platinum self-composed smash collabo­ration with gnash, “i hate u i love u,” releases the “RIP (Steve Reece Remix)” today, as she gears up for her first major U.S. tour, opening for L.A.-based Island Records duo Jack & Jack. The 7-week, 20-city tour opens October 23rd at the Culture Room in Fort Lauderdale, and wraps up December 10th with a homecoming gig in Los Angeles at the Fonda Theatre. (Please see complete tour dates below.)

“RIP,” has surpassed 4.2 million global streams and the video for the track has netted over 2 million views to date (watch the “RIP” video HERE). The infectious track – “This new you, this new dude/ Don’t know him, don’t want to/ I wish that I still knew, the old him, the old you…” – has struck a chord with Olivia’s fan base, prompting the energized new “RIP (Steve Reece Remix).”

Raised in Napa Valley, Olivia O’Brien has been singing and writing songs since she was seven years old, and taught herself to play both the guitar and piano. She began posting her originals on SoundCloud for fun, not thinking anything would come of it, until gnash reached out on Twitter last year after she posted a cover of one of his songs. When he asked her if she had any original material, Olivia sent him a voice-note of the beginnings of “i hate u i love u” and he invited her down to L.A. to record. “i hate u, i love u” is a global phenom since 2015. It became a Top 5 hit in the U.S. where it is certified RIAA triple-platinum, #1 in Australia (double-platinum), Top 10 UK (platinum), and Top 5 on iTunes in more than 50 markets.