Get it HERE. Listen to the interview with Ebro HERE.

The upbeat “Mind Over Matter” illuminates another facet of Ramos’s slick, soulful, and swaggering signature sound. Backed by a funk-y bass line and driving beat punctuated with flirty female vocals and moans, the track shuffles towards a Prince-style hook as sexy as it is seductive.

The song paves the way for his anxiously awaited full-length debut, The Good & The Bad [Republic Records], on October 25, 2019.

Last month, Ramos dropped the music video for the title track “The Good & The Bad,” which Vogue premiered.  Watch it HERE.

Ramos performs at the Sayers Club in LA on October 3rd and kicks off “The Good & The Bad” Tour at Lincoln Hall on November 1st in Chicago. The jaunt rolls through major markets across North America until its conclusion at Imperial in Vancouver November 19. Check out the full itinerary and details below.

Born and raised in Bushwick and of Puerto Rican descent, Anthony Ramos first made his mark originating the dual roles of John Laurens and Philip Hamilton in the TONY® and GRAMMY® Award-winning Broadway smash Hamilton.  In 2018, Ramos ignited his music career as an independent solo artist on his own terms. Not only did he lend his voice to Lin-Manuel Miranda’s “Almost Like Praying” benefit single, but he also began architecting a sharp and soulful signature take on contemporary music. He teamed up with producer Will Wells [Logic, Pentatonix] for The Freedom EP, which garnered acclaim from Billboard and many others.

Ramos recently wrapped the lead in Lin-Manuel Miranda’s highly-anticipated ‘In the Heights’ movie directed by Jon M. Chu for Warner Bros to be released in June 2020.

Most recently, he appeared in the Academy Award-winning film A Star Is Born, directed by Bradley Cooper and starring Lady Gaga where he played ‘Ally’s’ (GaGa) best friend and the critically-acclaimed Netflix series She’s Gotta Have It, created by Spike Lee, based on his 1986 film.

This summer, Ramos made his Republic Records debut with the release of “Dear Diary.” A heartening confessional, “Dear Diary” sets the tone and marks the introduction to his forthcoming full-length album “The Good & The Bad.”

Mastercard House  presents St. Vincent and Maggie Rogers  performances leading up to the 60th Annual GRAMMY Awards in New York City . These performances at the Mastercard House are a part of the Mastercard Start Something Priceless movement, meant to inspire people to pursue their passion and purpose, comes to life through artfully curated content and this music-inspired experiential pop-up in NYC. The Mastercard House, an experiential retail store and concert space, is now open featuring curated vinyl listening stations, and exclusive merchandise; a photo gallery from iconic music photographers including Robert Knight, Kevin Mazur and Christopher Polk; and a recording booth where you can press your own vinyl. 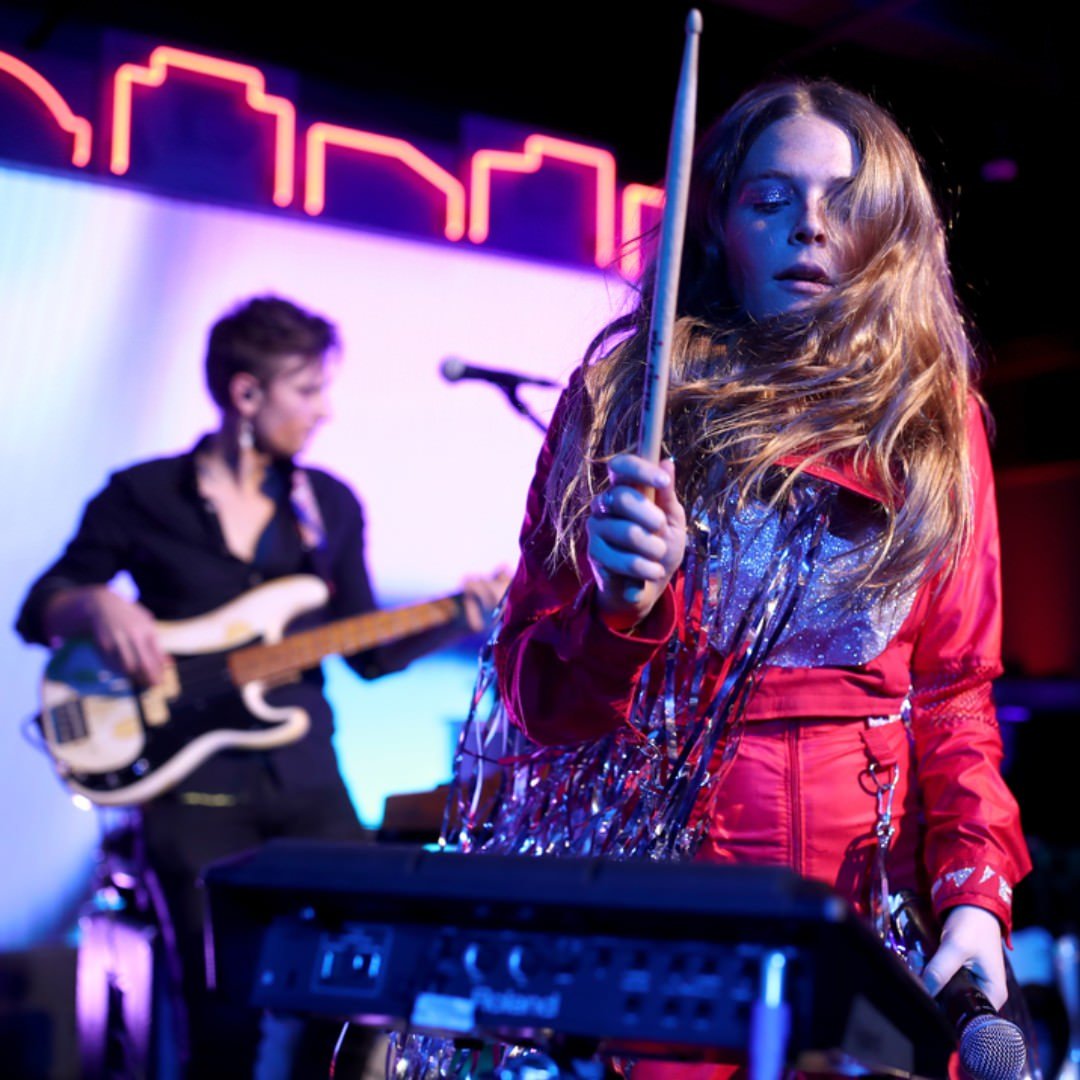 Listen to the star of Hamilton, LEXI LAWSON’s new single ‘The Christmas Song (Chestnuts Roasting on an Open Fire)’ on EvoMusic / The Orchard now!

AVAILABLE NOW ON ALL DIGITAL SITES INCLUDING:

Pandora (where Lexi was given her own Holiday Channel)