Pop singer-songwriter Neil Davis will celebrate his birthday this year with a fundraising performance in New York City for organization True Colors United, co-founded by artist Cyndi Lauper, which implements innovative solutions to end homelessness within LGBTQ youth community. The performance will take place on Friday September 13th at 7pm, at Rockwood Music Hall’s Stage 2 located at 196 Allen street, NYC. There is no cover charge, but any donations collected at the show will benefit True Colors United.

The Lion King star JD McCrary (Young Simba) stuns audiences on the red carpet at the Los Angeles premiere in a custom Balmain suit created by Olivier Rousteing and styled by Ugo Mozie.

The 11-year-old triple threat wears the suit beautifully, with gold and silver handcrafted embroidery made in Paris, fit for a young king. McCrary plays ‘Young Simba’ singing 2 of the movie’s most iconic songs. He also has made history by being the youngest male solo artist to ever be signed. His first EP released April 19th, 2019, and one of the hit songs “Stole My Heart” is produced by music legend Jermaine Dupri. He also starred in the movie Little alongside Marsai Martin, Issa Rae and Regina Hall in theaters now. With more music on the way, it’s safe to say this will be the summer of JD.

In 2018, he made his primetime debut at the 60th Annual Grammy Awards where he wowed audiences around the world performing the hit song “Terrified” with Childish Gambino. He also performed a duet with legendary music icon Cyndi Lauper for WE DAY Live at the Forum.

Together, they sang a special rendition of “Ooh Child,” that was televised live on ABC. JD has also been invited to sing The National Anthem for the New York Knicks, Los Angeles Clippers and the 2019 Pro Bowl which was live televised on ESPN as well as ELLEN. He was also named on Variety’s Power of Young Hollywood List.

FLETCHER performed an intimate show in San Francisco at Cafe du Nord as a part of the 2019 Bud Light Dive Bar Tour last night. This show, presented by GLAAD, was the third stop of the tour following Brett Eldredge and Judah & The Lion’s shows in St. Louis and Denver respectively.

San Francisco’s Dive Bar Tour stop highlighted Bud Light’s partnership with GLAAD for the 20th consecutive year, with their limited-edition Pride bottles that were on full display and decor to match the celebration. FLETCHER had the crowd singing along to her chart-topping song “Undrunk” as well as previewing new songs from her upcoming album. Fans especially loved when she gave a special shout out to Post Malone, performing “Better Now”, and her tribute to the LGBTQ+ community and Bud Light GLAAD partners with her performance of Cyndi Lauper’s “True Colors.”

About the show FLETCHER shared, “This show feels like such a full circle and natural moment for me. My first show was in a dive bar near my hometown in Jersey. To go back to a dive bar with Bud Light and connect with my fans in an intimate setting is something I could not have been more excited to do.”

Following Bud Light’s stop in San Francisco, the tour will travel to New York in August and Miami in November with two artists to be announced later this year.

In an age where boundaries and barriers increasingly divide us, DJ Scandalous is an artist whose diverse musical influences inspire and bring us together. As he likes to explain it, “I’m a fan of all genres, but a prisoner of no single one.” His following around the world attests to his Pop Without Limits tapestry that includes Hip Hop, R&B, EDM, and Pop, infused with subtle classical influences – from rock to the great international masters. Expect a musical journey where each track is an opportunity to explore our hearts and minds, uniting us and inspiring us, with a heart-to-heart conversation reminding us how art tears down barriers and rejects limits. His Pop without Limits approach shines ever-brighter in his latest track Move On, a song defying labels and refusing to be pigeon-holed.

Born and raised in Chicago, his family’s musical heritage shaped his musical journey at an early age. For over a decade he’s honed his craft writing, producing, and promoting the work of both independent and major artists in Europe and United States worldwide, Stevie Wonder and Raynard Miner, Cyndi Lauper, Matt Houston (Sony Music France), Fabrice Sioul (Sony Music UK), the LOX, Trina and Red Cafe to name a few.  Always pushing limits at each stop along the way, creating his own unique style that honors the best of our musical past and incorporates today’s innovation, with a creative vision of great musical discovery yet to come. Today, the Windy City is home, but the musical art of DJ Scandalous is a track-by-track journey of discovery where a unique heart-to-heart musical conversation awaits each of us, everywhere, as part of the soundtracks of our lives.

Perfect HSN gifts for the Holidays 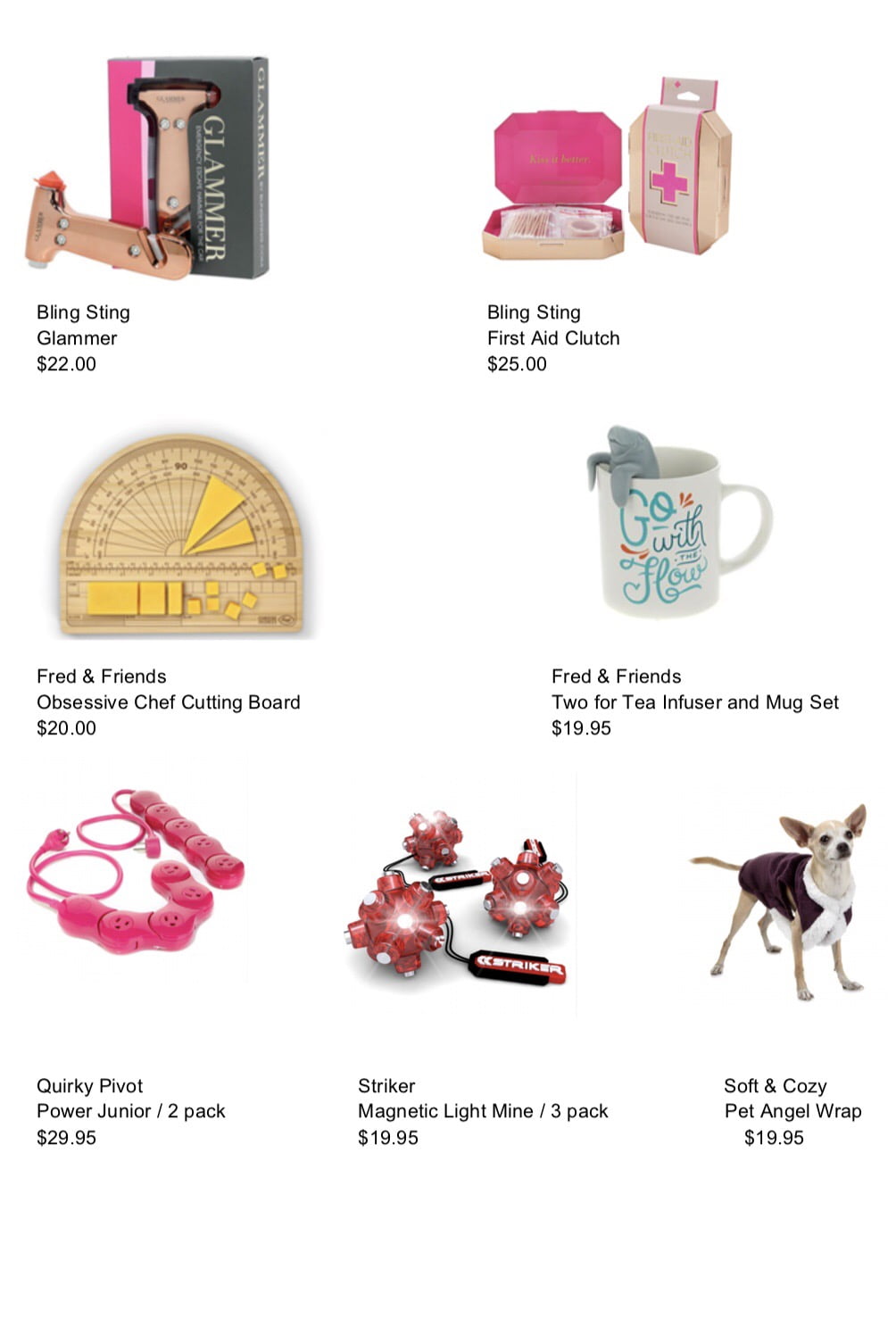 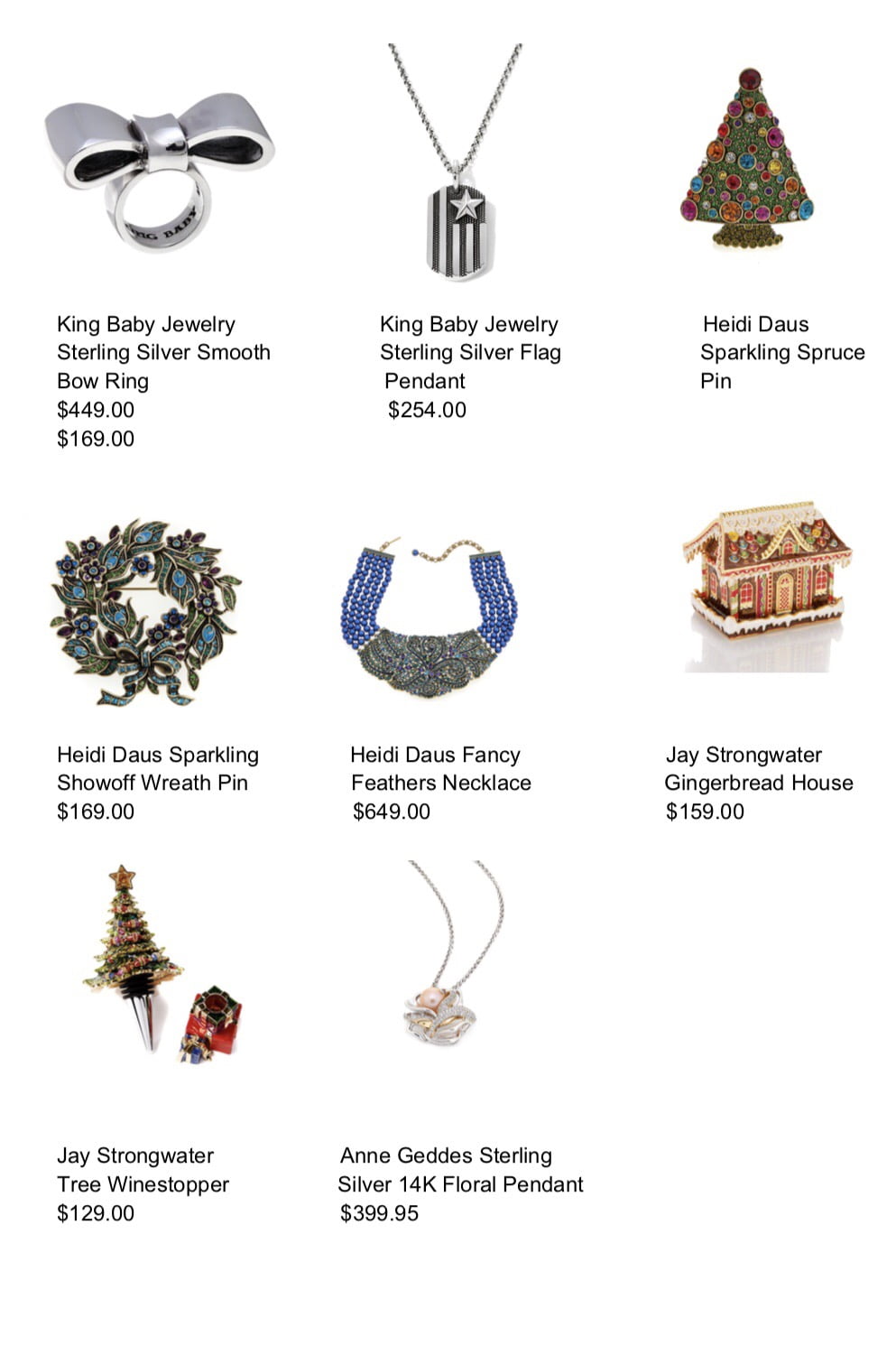 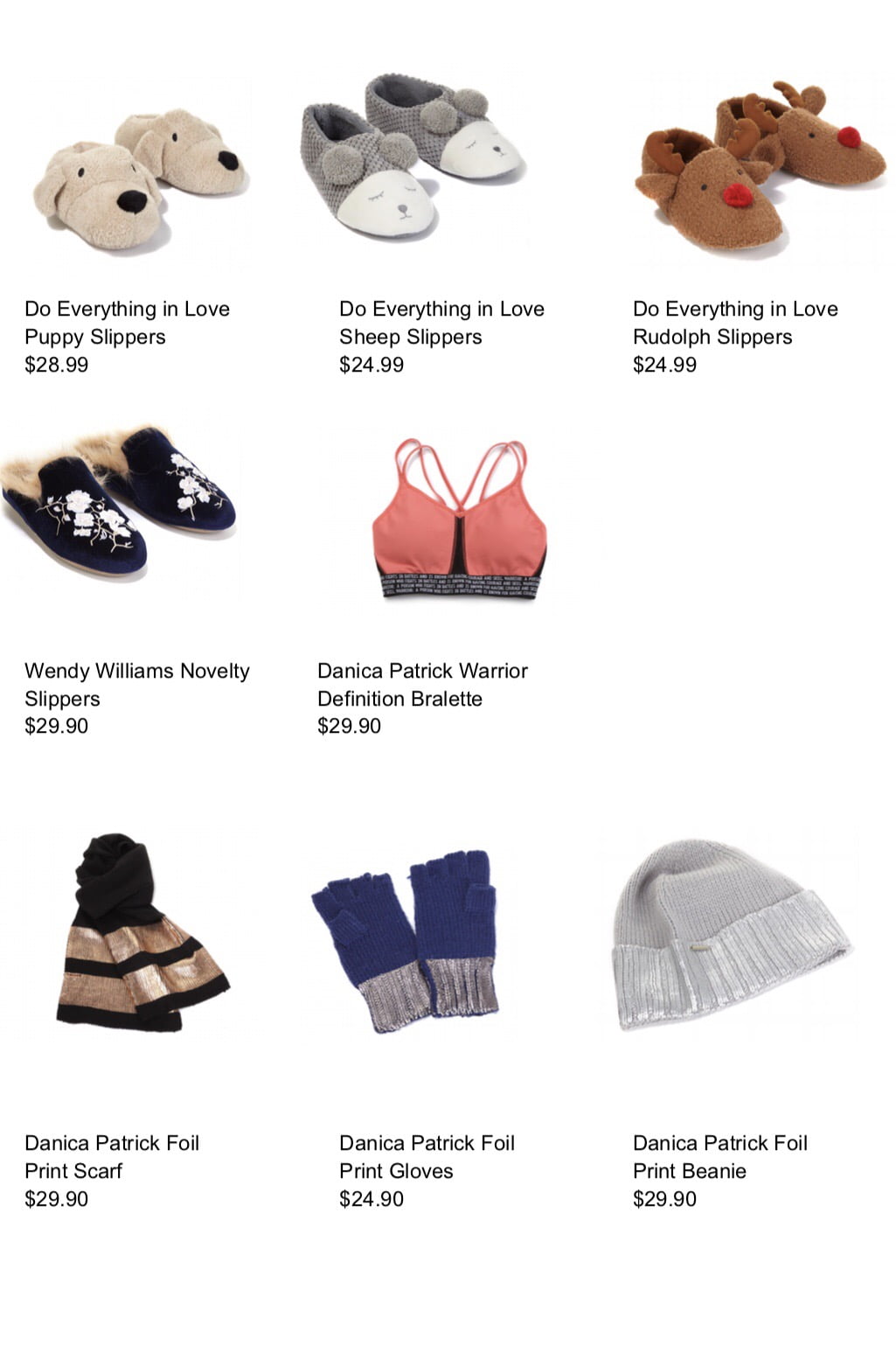 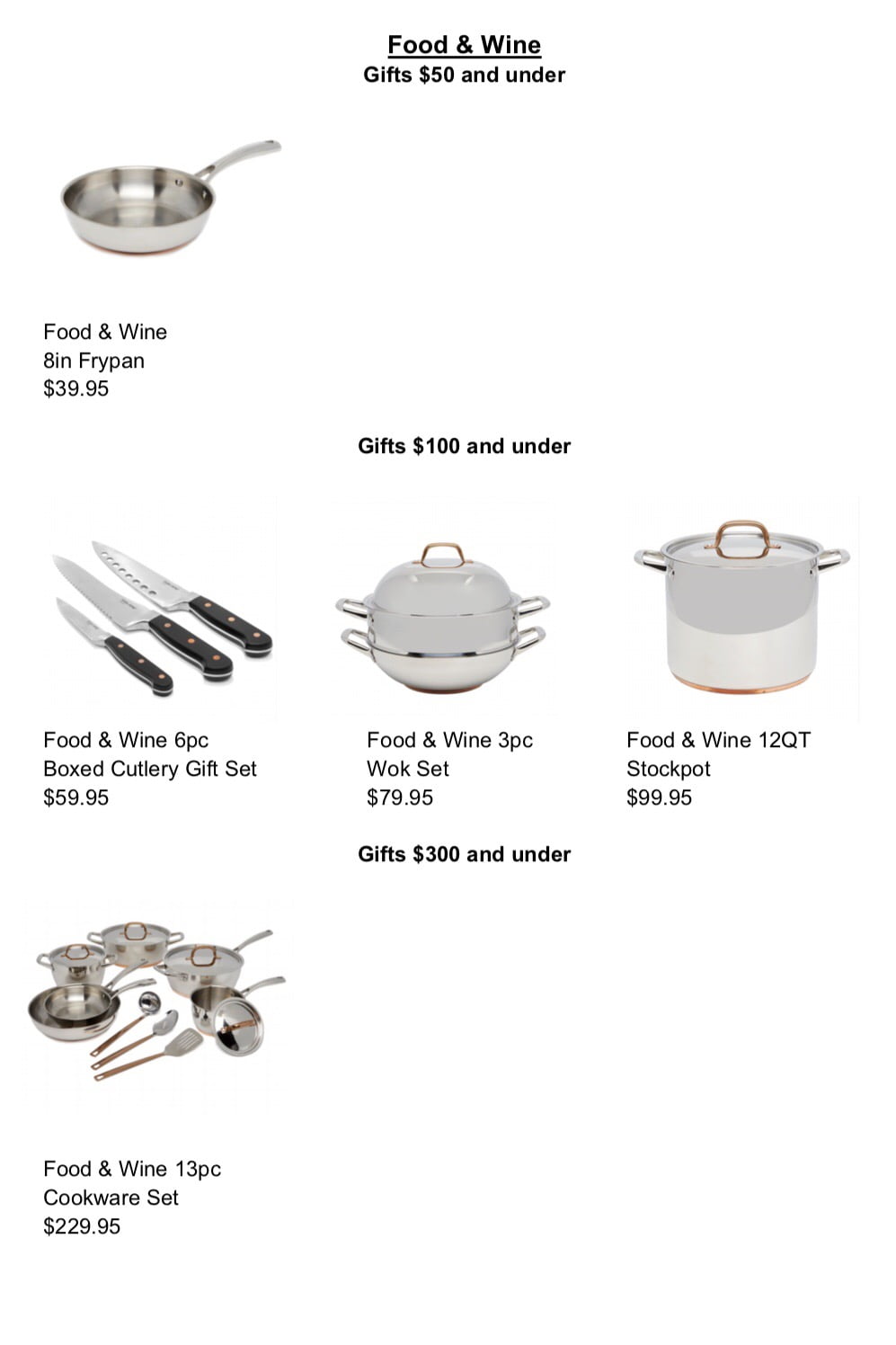 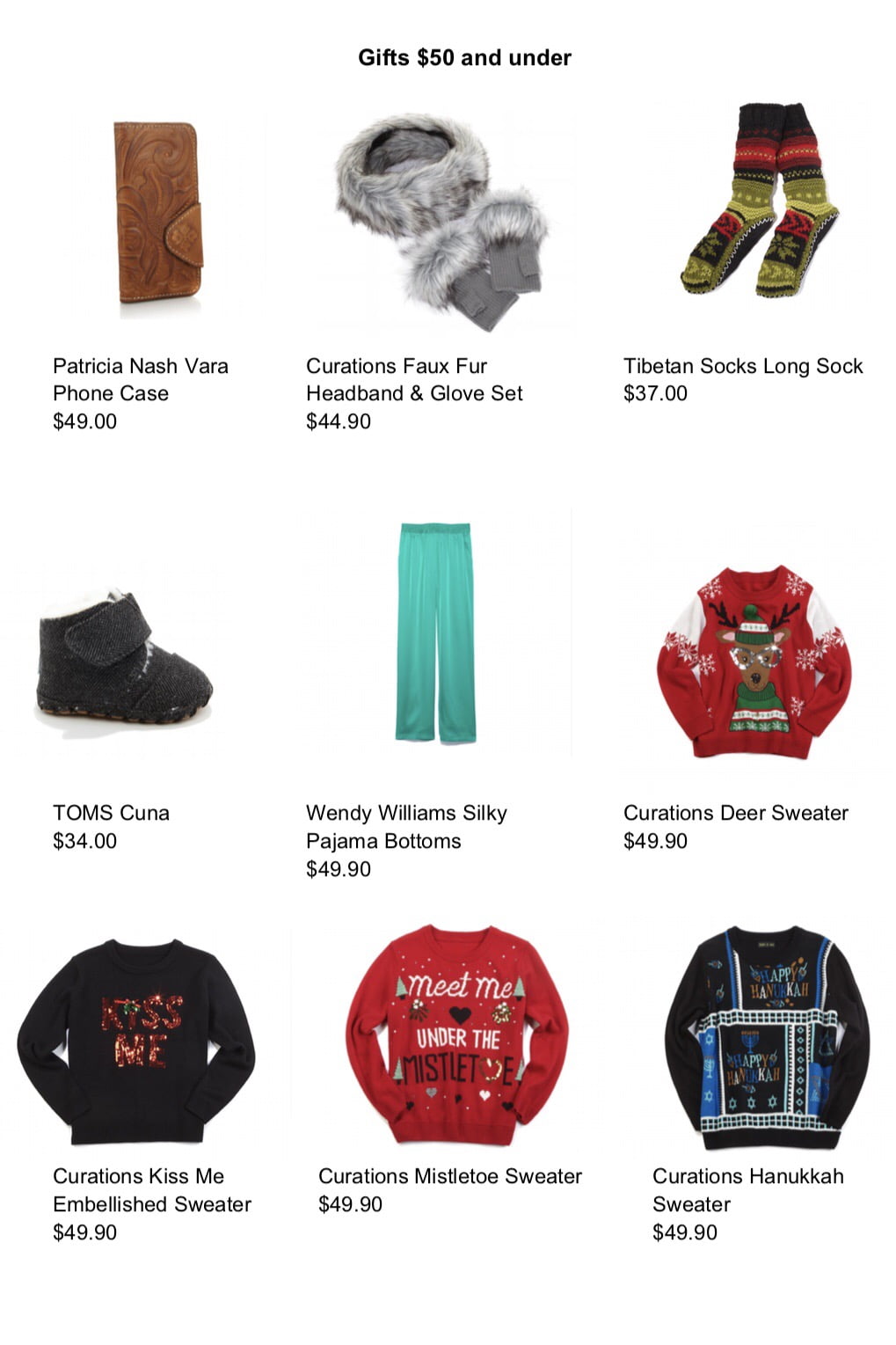 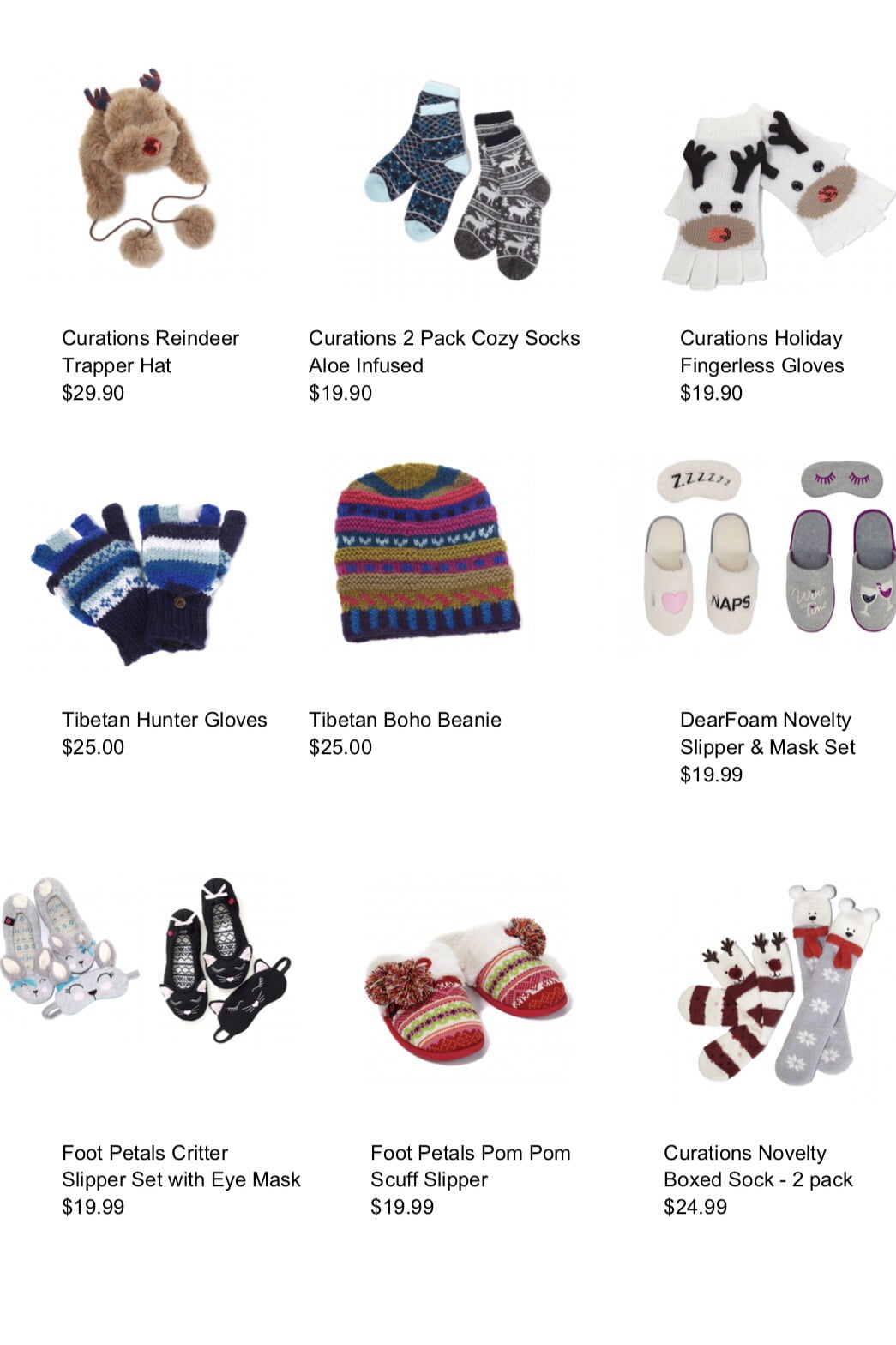 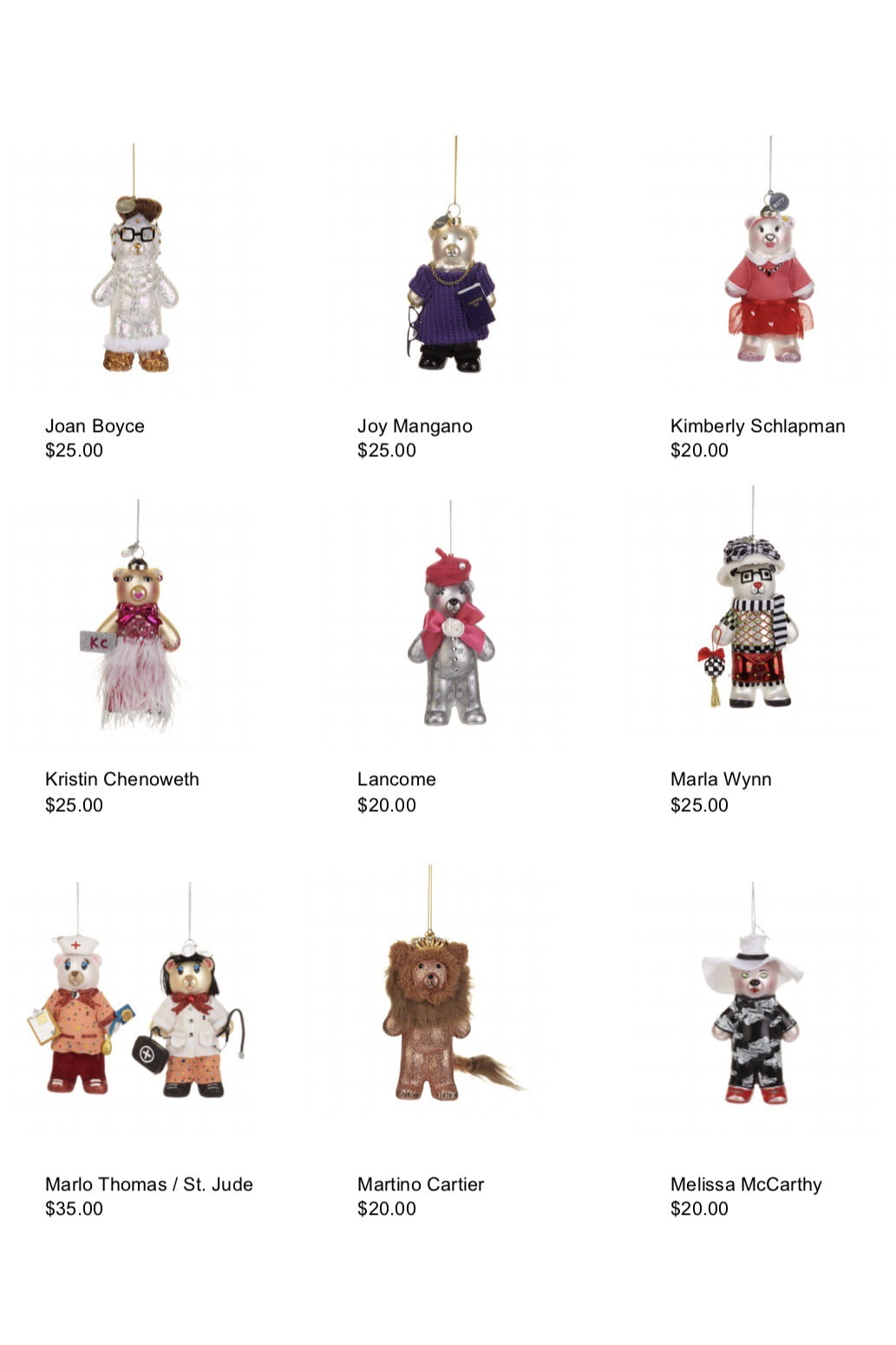 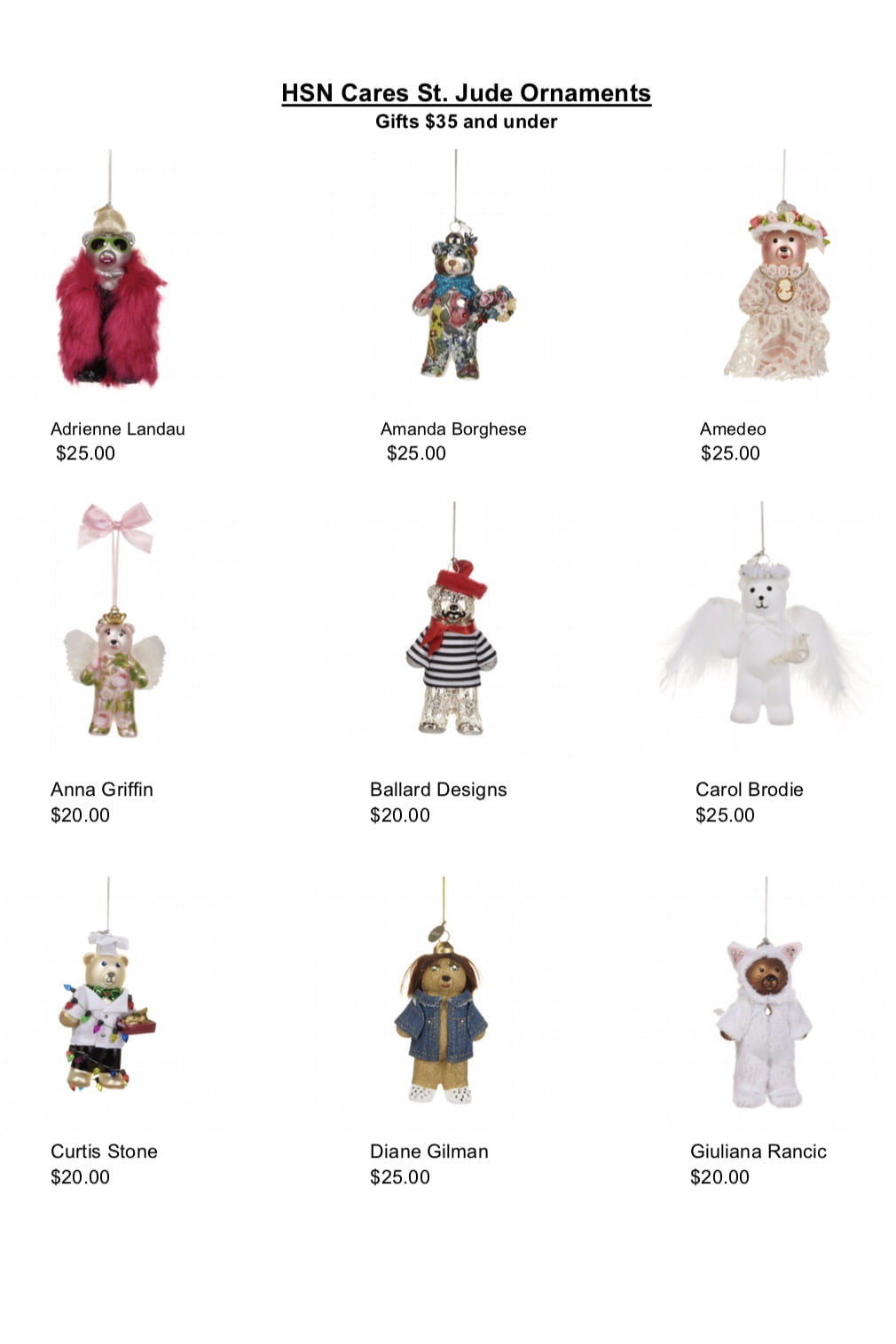 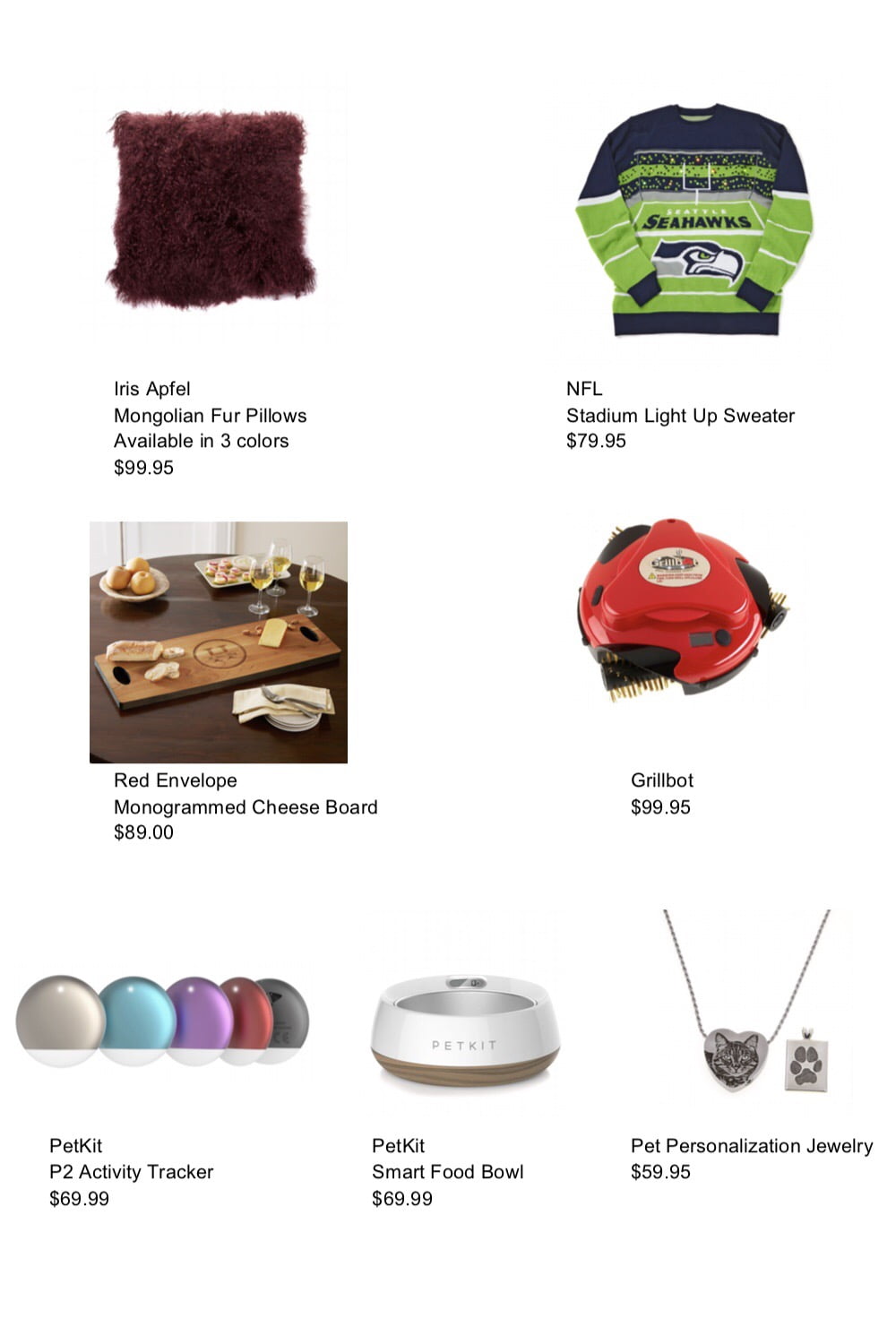 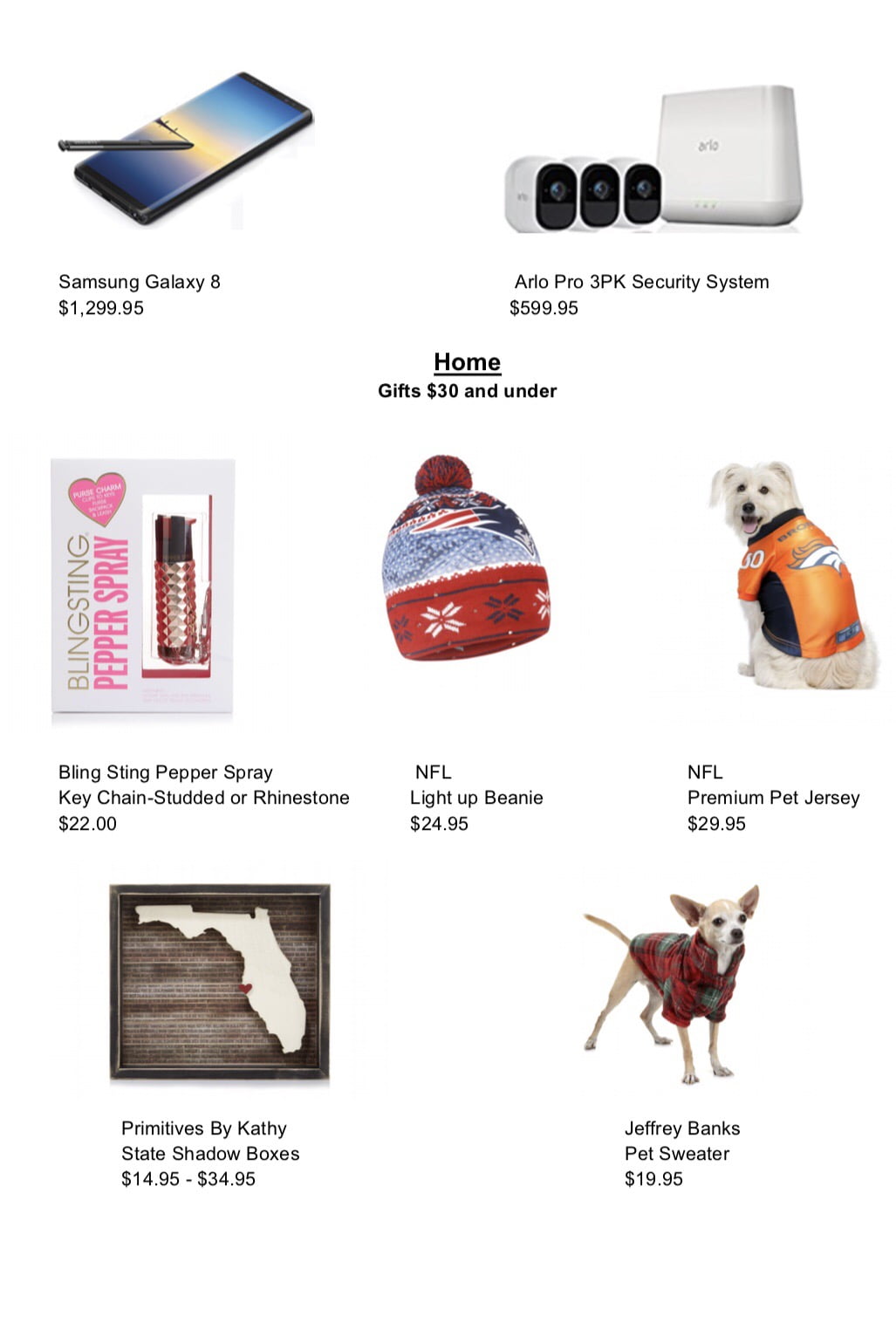 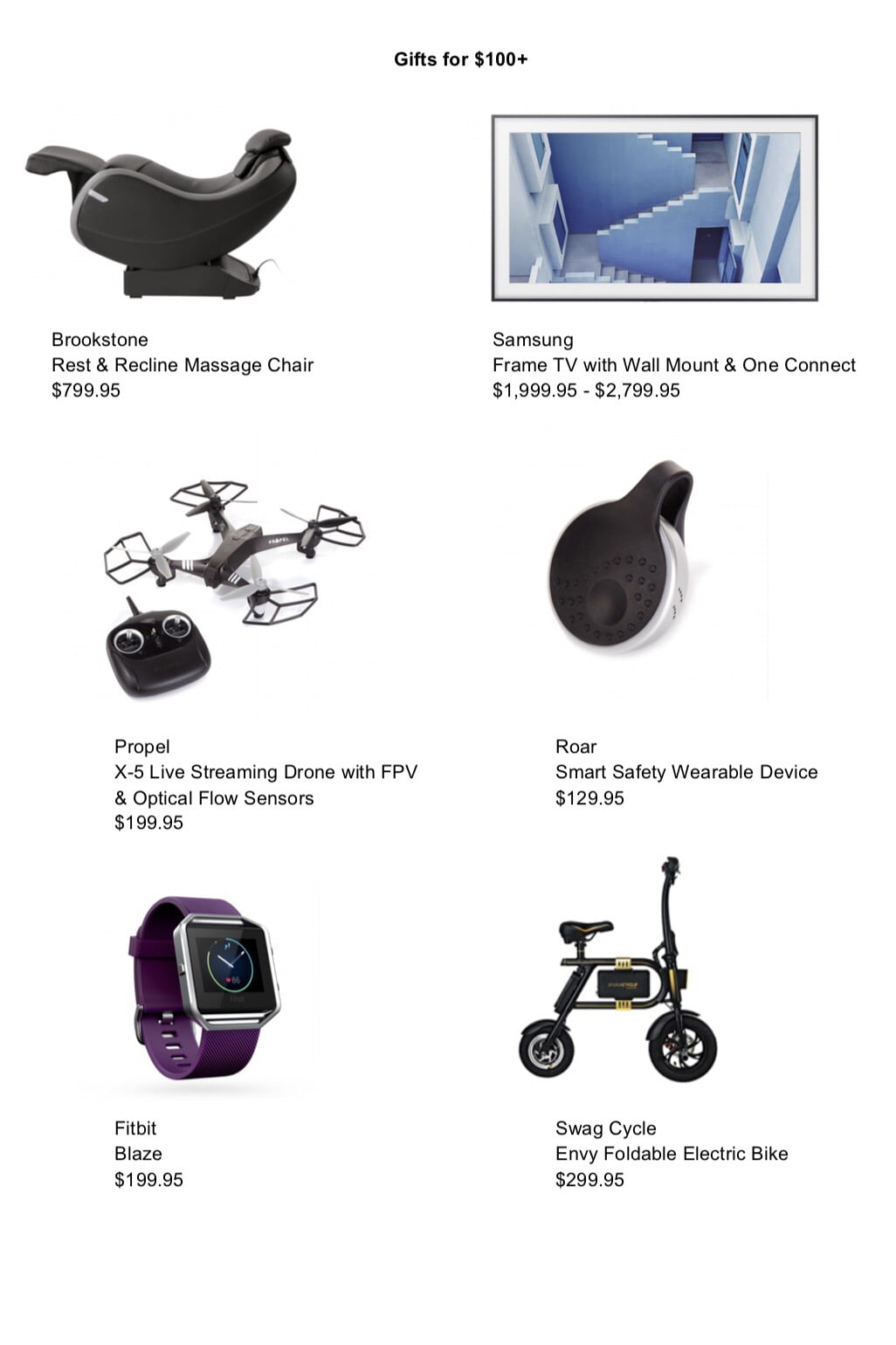 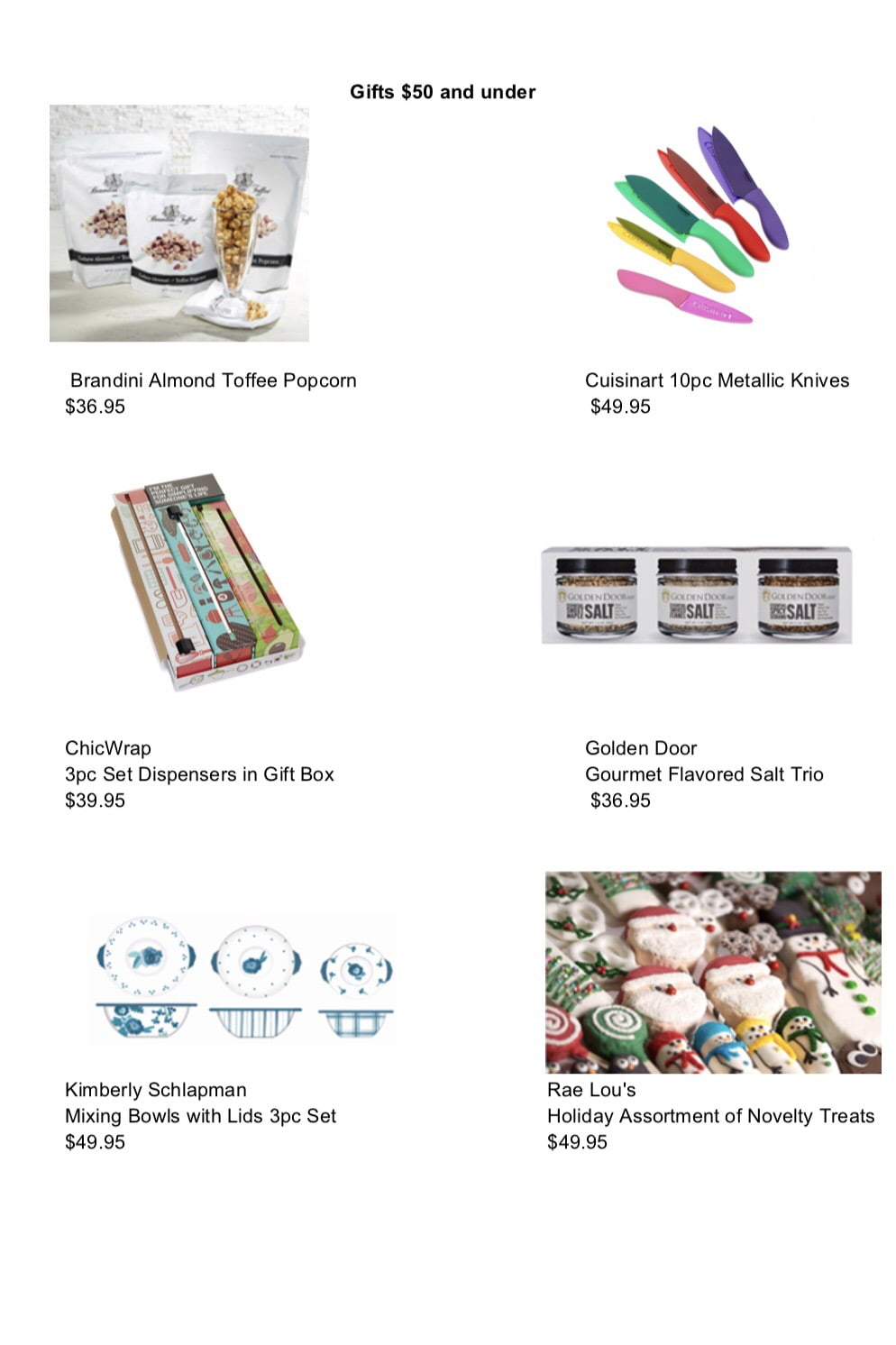 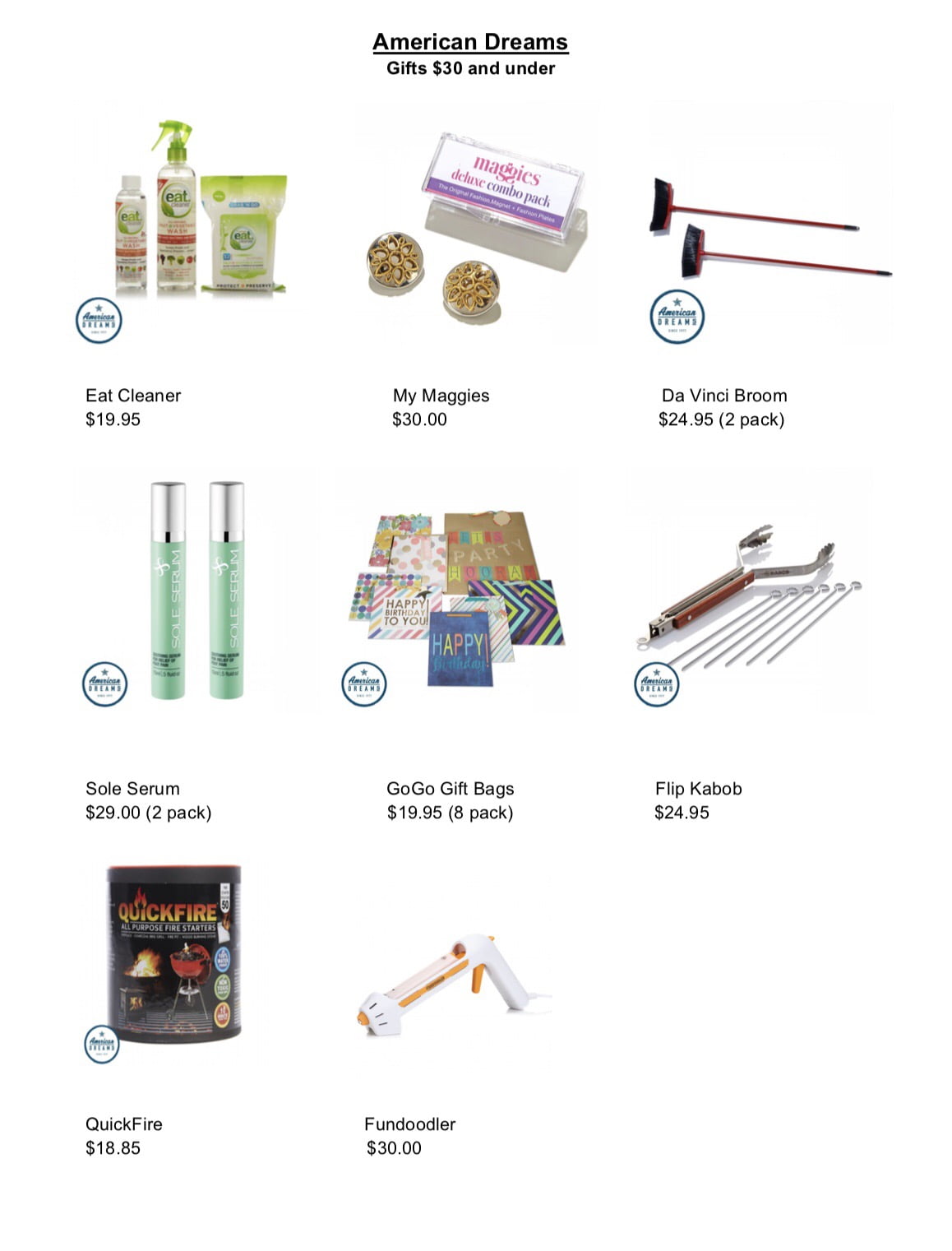 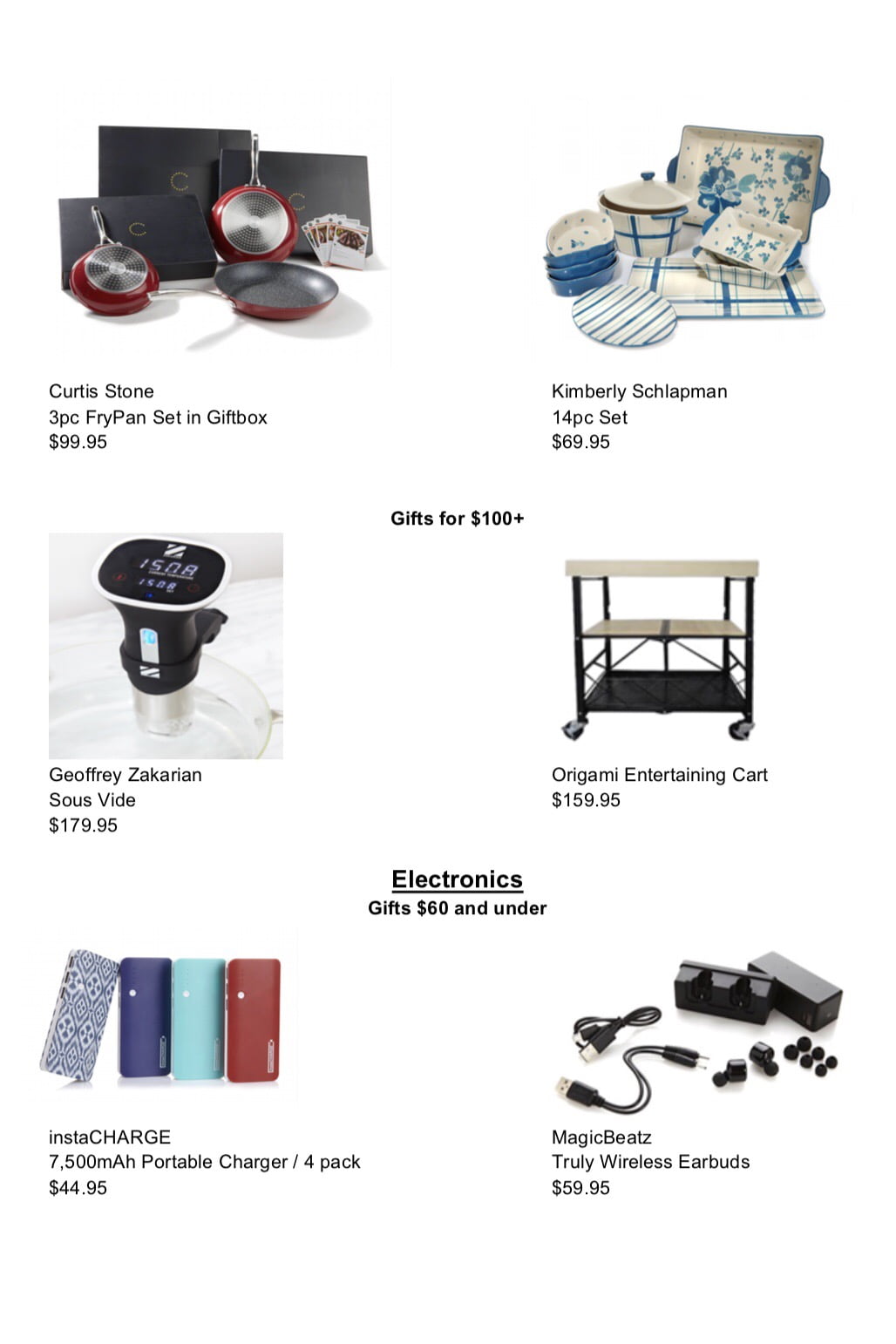 On Tuesday, November 7, 2017, the Elton John AIDS Foundation (EJAF) will host its annual New York Fall Gala at the Cathedral of St. John the Divine in New York City.  This year’s gala commemorates the Foundation’s 25th year and honors Founder Sir Elton John. President Bill Clinton, Governor Andrew M. Cuomo, Sharon Stone, and others will pay tribute to Elton John’s achievements as a philanthropist and humanitarian. The legendary Aretha Franklin will be the special musical guest, along with performances by violinist Joshua Bell and Broadway’s The Lion King, featuring Heather Headley. Neil Patrick Harris will host the event.

“Elton’s philanthropic endeavors and activism for human rights and the arts have inspired millions and made a positive difference in people’s lives around the world,” said EJAF Chairman David Furnish. “But without a doubt, Elton’s greatest contribution as a humanitarian is his 25-year commitment to building one of the most important institutions in the effort to end AIDS – the Elton John AIDS Foundation.”

“At this time of great uncertainty in the world, EJAF’s work is more important than ever. After 25 years, EJAF remains steadfastly committed to addressing the unmet needs of people living with and affected by HIV/AIDS and fighting stigma as a major driver of the global AIDS epidemic,” said EJAF Executive Director Scott Campbell. “We believe everyone living with HIV/AIDS should have immediate access to high quality medical care and all people at risk of HIV should be empowered with the best knowledge and tools available to prevent transmission no matter who they are, who they love, where they come from, or what they do.”

EJAF is also delighted to announce American Airlines, BVLGARI, Robert K. Kraft, Leonard and Judy Lauder Fund, and Bob and Tamar Manoukian as the Presenting Sponsors for this year’s gala.

American Airlines is the official airline of the Elton John AIDS Foundation.

About the Elton John AIDS Foundation

At the Elton John AIDS Foundation (EJAF) we believe AIDS can be beaten. We act on that belief by raising funds for evidence-based programs and policies, and also by speaking out with honesty and compassion about the realities of people’s lives. Elton John created EJAF nearly 25 years ago, first in the United States in 1992 and then in the United Kingdom in 1993. Through the generous support of far-sighted individuals, foundations, and corporations, the two foundations together have raised more than $385 million over the past quarter century to challenge discrimination against people affected by the epidemic, prevent infections, provide treatment and services, and motivate governments to end AIDS. The U.S. foundation focuses its efforts on programs in the United States, the Americas, and the Caribbean, while the U.K. foundation funds HIV-related work in Europe, Asia, and Africa. Join us in speaking out, taking action, and contributing to our efforts to achieve a world without AIDS.  For more information, please visit www.ejaf.org.

American Airlines is the official airline of the Elton John AIDS Foundation.