PERFORMING AT THE BILLBOARD MUSIC AWARDS ON MAY 23

GRAMMY Award winning duo Twenty One Pilots have released their widely anticipated new album, Scaled And Icy, which is available today on all streaming platforms and in a variety of formats including a special edition box set limited to 35,000 copies worldwide at this website.

Scaled And Icy, is highlighted by album standouts “Saturday,” “Choker“and lead single “Shy Away,”which is currently #1 at Alternative Radio for a fourth consecutive week. Having ascended to #1 at the format in just three weeks, “Shy Away” places the duo in an elite group of acts with multiple songs to rise to #1 at the format in three weeks or less including: U2, R.E.M., The Cure, Linkin Park, Red Hot Chili Peppers, and Foo Fighters.

Twenty One Pilots’ first-ever one night only global streaming event, “Twenty One Pilots – Livestream Experience,” will broadcast worldwide tonight, May 21st An official pre-show for the event will kick-off at 5:00PM ET / 3:00PM PT with Twenty One Pilots’ live performance starting at 8:00PM ET / 5:00PM PT ”Twenty One Pilots – Livestream Experience” promises to be an unforgettable live performance from the duo, with a catalog spanning setlist and the live debut of new material from Scaled And Icy. A Team Twenty One Pilots Production, the multi-dimensional live performance is being produced by longtime collaborators and creative partners: TNSN DVSN, Reel Bear Media, Element1, lili STUDIOS, and hosted on Maestro’s livestream platform Sponsored by Chipotle and Hot Topic, tickets for the groundbreaking global streaming event are available at this website, where ticket holders can access an interactive virtual experience and immerse themselves in exclusive merch, content, and more before the official performance.

Furthermore, Twenty One Pilots will follow their livestream with a special TV performance this coming Sunday, May 23rd at the 2021 Billboard Music Awards which will air at 8:00PM ET / 5:00PM PT on NBC.

Written and largely produced by Joseph in isolation over the course of the past year at his home studio, with Dun engineering the album’s drums from across the country, Scaled And Icy is the product of long-distance virtual sessions and finds the duo processing their upended routines along with the prevailing emotions of 2020 – anxiety, loneliness, boredom, and doubt. The duo had to forgo their normal studio sessions but reached a new of level of introspection in the process, adopting a more imaginative and bold approach to their songwriting. The result is a collection of songs that push forward through setbacks and focus on the possibilities worth remembering. Scaled And Icy is Twenty One Pilots’ first studio album in three years and follows their RIAA Platinum certified LP, Trench.

In 2020, Twenty One Pilots surprised fans with standalone singles “Level of Concern“ and “Christmas Saves The Year.” ”Level of Concern” reigned at Alternative Radio for 12 weeks straight and cracked the Top 25 on Billboard’s “Hot 100”chart, while also achieving RIAA Gold certification, and propelling the band to victory at last year’s American Music Awards where they took home the award for “Favorite Artist – Alternative Rock.” ”Christmas Saves The Year” arrived at the tail end of 2020 and debuted on Billboard’s “Alternative Airplay” chart, becoming the first holiday-themed song to make the list since 2012.

Twenty One Pilots scored one final accolade in the final moments of 2020, officially breaking the GUINNESS WORLD RECORD for the longest music video with their history-making regenerative visual for “Level of Concern.” Conceived by the band with interactive director Jason Nickel, and award-winning storyteller / director Jason Zada, the first-ever “Never-Ending Music Video” pulled in fan created content from over 162,000 user submissions, in real time, live on YouTube Powered by Imposium, every three minutes and forty seconds a new music video was created and streamed live to YouTube, containing brand new content from fans. Besting the previous record holder, Pharrell and his 24-hour long video for “Happy,” Twenty One Pilots’ “Never-Ending Music Video” for “Level of Concern” broadcasted for 177 days straight with a total run time of 4,264 hours, 10 mins, 25 seconds

Twenty One Pilots’ 2018 LP Trench ushered in a new era for the duo from Ohio Earning Platinum certification from the RIAA, the album was met with critical acclaim with Billboard declaring, “Trench revels in the confounding genre-blurring and cavernous conceptualism that has defined Twenty One Pilots.” A true global phenomenon having surpassed two billion streams worldwide, Trench is highlighted by the RIAA Gold and Platinum certified alternative hits “The Hype,”“Chlorine,”and “Jumpsuit.” “Jumpsuit” stands as the decade’s fastest rising song to reach #1 on Billboard’s “Alternative Songs”chart and earned the duo their fourth GRAMMY nomination (Best Rock Song). The acclaimed conceptual collection also features the RIAA Gold-certified “Nico And The Niners“ and the RIAA Platinum-certified single “My Blood.” 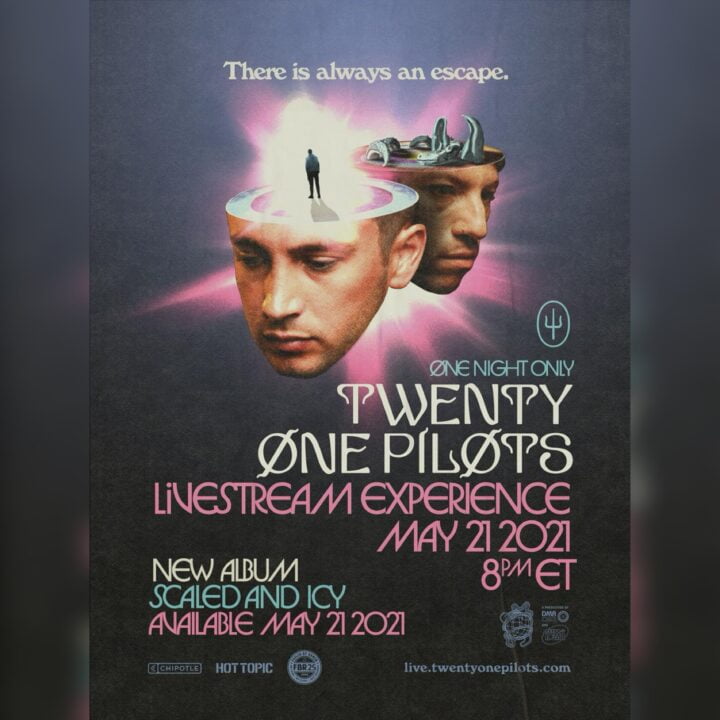 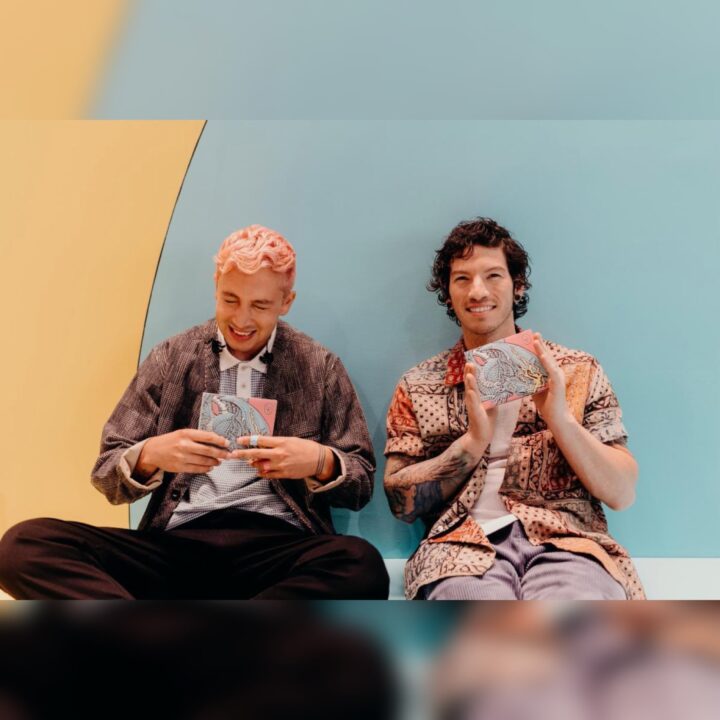 The bride shined in a custom Rime Arodaky jumpsuit which she worked with the designer to create after seeing a similar piece in her 2018 collection.  The model paired the jumpsuit with silver pumps from ShoeDazzle and finished the look with natural makeup, diamond earrings and a classic ponytail.

Shopping for clothes can be challenging. If you are a fashionista, then the pressure is even higher as you have to meet high expectations. Household chores, school or college, office and other engagements make it difficult to follow fashion trends. A cheat-sheet will come in handy to catch up with what all happened in the fashion world, while you were busy elsewhere. Here are some outfits which have made it to this year’s “must have” list.

Sequin top: Your savior
It is rather tiresome to dress up for a party after a long day at the office. In such cases, a sequin top is your ultimate companion. These sparkly tops need no added accessorizing. Off-shoulder, crop, tank or normal, there are a thousand designs to choose from. The sequins come in golden, silver, copper and other metallic hues. If you are wearing a short halter-neck or tank sequin top, layer it up with printed shrugs or jackets.

Belted trousers are a keeper
Ladies who need to wear pants on a daily basis know how comfortable cotton and linen trousers are. It becomes easy for women to create several looks with belted trousers. These are available in several designs, colors, and materials as well. Whether you are getting ready for another day at the office or have to attend a party, belted trousers will come to your rescue.

Green and white combo
Apart from outfits, you need to keep an eye open to identify which patterns are hot this season. If you don’t possess any short or A-like dress, skirt, jumpsuit, rompers or top that has green and white prints, then you are lagging behind in the fashion game. Subtle white print on a green background is in vogue.

Denim overalls and jumpsuits
Love denim? Who doesn’t right?! This summer, you must get your hands on a denim jumpsuit or overall. These are two styles, which are currently in fashion. Several fashion models and celebs have already been spotted in these attires. The color does not matter as long as the garment fits you correctly. These can be easily dressed up or down. They are suitable for casual and relaxed meetings.

Distresses acid-washed jeans
Speaking of denims, you must have a ton of ripped jeans in your wardrobe. If “yes” then good for you. If not, then you need purchase acid-washed distressed jeans ASAP. Make sure that it accentuates your curves. A jean will fail to serve its purpose if it does not fit the body correctly. These go well with all sorts of tops. Pair it with high boots to get a “high fashion” look.

Cargo printed pants and Ts
After their enormous success, cargo prints slowly faded. As nothing in fashion sector remains submerged for too long, cargos are all set to make a comeback with a bang. If you want to amph up your style quotient, then you must invest in a pair of cargo pants that actually fit. Gone are the days when these were only available in military green. Cargo printed trousers are available in several colors and styles as well. Cargo printed T-shirts will go well with this pant if you deliberately want to create a “print harmony.” Otherwise, cargo printed T-shirts will competent blue, black and grey pants as well.

The plastic trend is in high gear
While the entire world has joined hands to shun the use of plastic to stop environmental degradation, the fashion industry is experimenting with it to create new trends. Hollywood’s “bad girl” Rihanna has already made plastic see-through boots an instant hit. Now, it is time for plastic outfits to shine. Recently, see-through plastic jackets have been launched in the market. These are available in clear as well as colored variants. You can pick either buttoned jackets or zipper jacket. The see-through clear jackets will jazz up your style and will also highlight the top that you are wearing underneath. Opaque plastic skirts are also present in the market for those who wish to bring about a drastic change in their style statement.

Long “top n skirt” combo
Not all ladies are comfortable with skin show. It is not wise to show-up at formal events in mini-skirts and crop tops. In case you want to opt for something other than dresses or long gowns, then check out long top n skirt combos. Western designers have been influenced by long “kurtis” and “ghagra” which are traditional Indian outfits. These are jazzy numbers and are best reserved for special occasions. The long kurti comes with a flared skirt. These Kurtis have slits on both sides. Keeping in line with the Indian flavor, these “kurti n skirt” combos come in vibrant colors. They are made of rich fabrics and often are heavily embellished.

Don’t ignore accessorizing
Once you are done collecting all quintessential attires, which are expected to set the fashion circuit on fire in 2018, it is time to concentrate on your accessorize. All fantastic outfits must be supported with befitting accessories. Too many accessories will make the ensemble visually busy, while lack of it will make the outfit bland. Dressing is like whipping up a recipe. If you fail to add the right spices, your dish will not taste good. The look your desire to achieve is that dish, your attire is the main ingredient and accessories are the spices. You need not put on too many trinkets. Belts, shoes, bags, and scarves also fall in the accessory list. It is imperative that you pick right accessories to complement your outfit. None should outshine the other.

So, wait no more! Check out the fashion stores near you today. If you are too lazy to leave your couch, then log on to any online shopping site. Grab the best deals and revamp your wardrobe with these “must have” pieces today.