To tip off the month, Qatar Airways hosted students and former Tuskegee
Airman for a series of events

To tip off the night, Qatar Airways presented former Tuskegee Airman and President of the 369th
Regiment Sergeant (ret.) Willie Jackson, with a special game ball delivery. The evening also included an
on-court, around the world competition with an HBCU alumni, for the opportunity to win roundtrip tickets
to incredible Qatar Airways destinations. Additionally, the airline highlighted stories of seven Black
aviation pioneers throughout the arena during the night and distributed Black History Month themed rally
towels to the first 5,000 fans in attendance.

“Black History Month is a time of reflection and an important reminder of the work we have left to do,”
says Senior Vice President of the Americas Eric Odone. “At Qatar Airways, we are fortunate to have
opportunities to engage with the community, and we’re grateful that our partnership with the Brooklyn
Nets and Barclays Center allows us to take these educational commitments further.”
Leading up to Black History Month, in partnership with Qatar Airways, Nets player Nic Claxton visited the
Intrepid Sea, Air & Space Museum along with 20 children from United Youth Aviators. United Youth
Aviators is a specially-curated program that offers students from New York City the opportunity to learn
about aviation from an early age and ultimately how to fly a plane. Representatives from Qatar Airways
accompanied the group on their private tour around the museum, where they experienced the rich
aviation history and cultural significance.

The Doha-based airline also hosted the group from United Youth Aviators in a private suite at the Nets
game on February 3 where they participated in a Q&A session with Willie Jackson on his experience with
the Tuskegee Airmen. The children were also invited to stand on-court with Nets players during the
national anthem.

A multiple award-winning airline, Qatar Airways was named ‘World’s Best Airline’ by the 2019 World
Airline Awards, managed by Skytrax. It was also named ‘Best Airline in the Middle East’, ‘World’s Best
Business Class’, and ‘Best Business Class Seat’, in recognition of its ground-breaking Business Class
experience, Qsuite. It is the only airline to have been awarded the coveted ‘Skytrax Airline of the Year’
title, which is recognized as the pinnacle of excellence in the airline industry, a record five times.
Qatar Airways operates a modern fleet of more than 250 aircraft via its hub, Hamad International Airport
(HIA), to more than 160 destinations worldwide. The world’s fastest-growing airline added several new
destinations to its network last year, including Rabat, Morocco; Izmir, Turkey; Malta; Davao, Philippines;
Lisbon, Portugal; Mogadishu, Somalia; Langkawi, Malaysia; and Gaborone, Botswana. The airline will
add Santorini, Greece; Dubrovnik, Croatia; Osaka, Japan; Nur-Sultan and Almaty, Kazakhstan; Cebu,
Philippines; Accra, Ghana; Trabzon, Turkey; Lyon, France; Luanda, Angola; and Siem Reap, Cambodia,
to its extensive route network in 2020. 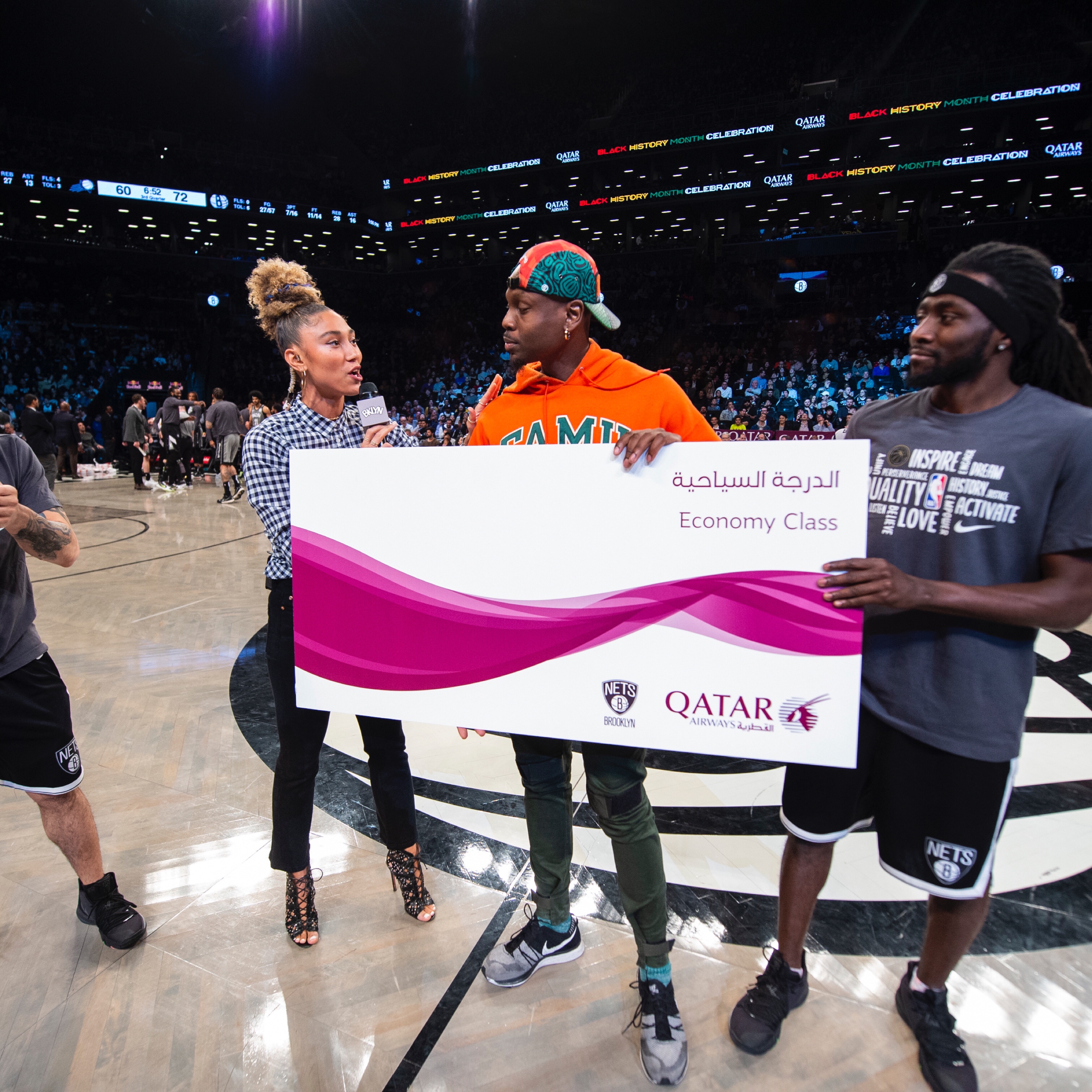 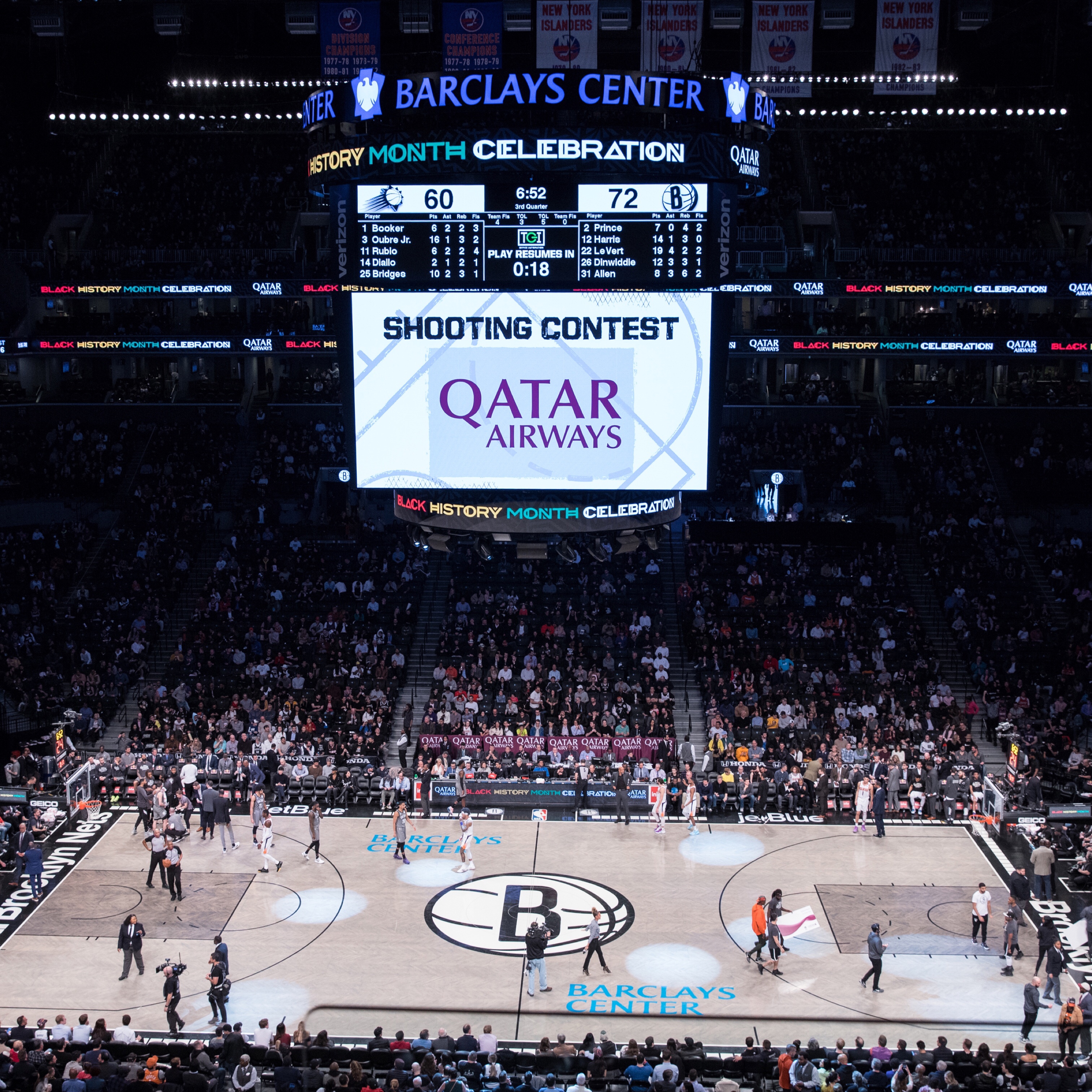 • Rivalry comes back in its iconic colors, influenced by the passion of New York basketball fans

Following a long-standing lineage of basketball silhouettes over the past several decades, adidas Originals continues to honor the sport’s heritage with the special re-issue of Rivalry in New York City last night. Revitalizing a peak era of New York basketball, which spearheaded a communal spirit of fierce pride, the cult classic is for lovers of basketball style on and off the courts. Returning in all its glory, adidas Originals teamed up with notable sportswear designer Eric Emanuel to debut the latest Rivalry model, inspired by New York’s undying passion and love for sports.

The shoe was celebrated through a pop-up gallery exhibition curated by Emanuel, showcasing the indisputable influence of basketball style into the realms of fashion, art, photography and more. The blank space was transformed into an interactive gallery covered in gritty, city-inspired installations that bought the shoe to life through the works of photographer Brock Fetch, mixed media artist, Tyrrell Winston and creative collective, NY Sunshine.

In true Big Apple style, Rivalry wheat paste posters drenched the exhibition entrance, surrounded by a canopy of scaffolding and sneakers hung from wires. Guests then walked through an exclusive showcase of collaborator works that included photography, installations, and a product showcase. On view was the latest iteration of the Rivalry Hi-Top, accompanied by both an archival silhouette from 1986 and a preview of what’s to come from the three stripes brand and Emanuel later in the year.

Staying true and honoring its predecessors, the latest Rivalry iteration will feature premium leathers that nod to the famous “Team Series” from the late 80s. The model stands out in a bold blue and orange colorway with adidas branding emblazoned on the tongue.

Today, adidas Originals will open the gallery up to the men’s and women’s basketball team from local New York school, High School of Fashion Industries, as well as the general public from 12:00 pm through until 5:00 pm. The surrounding streets of the exhibit will also play host to adidas street scalpers handing out admission tickets to the pop-up where guests have the chance to grab a limited edition Rivalry-inspired t-shirt designed by Eric Emanuel.

The Rivalry High OG will be available at select adidas retailers on Friday, February 8th and will retail for $110 USD.

New Era Cap Premieres “The Path to the Cap”

June 19, 2018, Buffalo, New York – On the week of the NBA Draft, New Era Cap Co. presents “The Path to the Cap”: a never-before-seen exploration of NBA superstar and 2015 NBA Draft second overall pick D’Angelo Russell’s journey from neighborhood baller to NBA professional athlete. Produced by the international sports and lifestyle brand, the film celebrates the moment Russell donned his new team’s hat – a symbol of success after a young lifetimes’ worth of perseverance and hard work. This year, 60 potential stars will make that same leap, and each draftee will mark their moment in a cap from New Era’s NBA Authentics: Draft Series Collection.

Many will watch as the athletes put on their hats, but few know what the true path to the cap entails – which is why New Era Cap Co. travels back to Russell’s roots in his hometown of Louisville, Kentucky tracing his NBA success story to its origin point. Candid interviews with his parents and two brothers give a behind-the-scenes look at what drove Russell, including a previously unseen sibling rivalry that spawned his competitive spirit.

“The feeling of getting drafted and putting on that team hat was something I dreamed about forever. I worked my entire life to put on that cap,” said Russell. “It is an incredible honor to have worked alongside New Era to tell the story of how I got to that moment, and I’m excited for every player in this year’s draft class to realize that same dream.”

“The Path to the Cap” celebrates New Era’s ongoing partnership with the league around the NBA Draft. In 2018, the brand introduces new editions of the emblematic lids; in addition to individual team logos and colorways, each hat in the collection features a series of unique design elements, featuring custom patches and pins that pay homage to the local city neighborhoods that host the NBA’s 30 teams.

“The NBA Authentics: Draft Series collection is New Era Cap’s most exciting NBA collection to date,” said Mark Maidment, Senior Vice President, Brand at New Era Cap. “We wanted to create visual representations of the excitement these young men will feel for their new homes and fan families. The cap marks the end of their first path and the beginning of the next: the opportunity to represent each of these cities come opening night.”

The film can be seen here http://www.youtube.com/watch?v=16Jr2hCjysQ&feature=youtu.be

ABOUT NEW ERA CAP:
New Era Cap Co. Inc. is an international lifestyle brand with an authentic sports heritage that dates back over 90 years. Best known for being the official on-field cap for Major League Baseball and the National Football League, New Era Cap is the brand of choice not only for its headwear collection, but also for its accessories and apparel lines for men, women and youth. The brand is worn as a symbol of self-expression by athletes, artists and some of the most interesting people around the globe. New Era Cap encourages people to truly express their personal style and individuality through its products. The Company is headquartered in Buffalo, NY and operates facilities in Canada, Europe, Brazil, Japan, and Hong Kong. For more information, visit www.neweracap.com.