This month: The iconic cinematic terror that is ALIEN makes its Marvel Unlimited debut!

Creators Phillip Kennedy Johnson and Salvador Larroca team up to tell an all-new tale of the horror and science fiction titan that has scared audiences for decades. And, the next generation of teen mutant heroes are put to the test in CHILDREN OF THE ATOM! Creators Vita Ayala and Bernard Chang introduce this brand-new team inspired by fan-favorite X-Men.

Here are the other binge-worthy titles hitting Marvel Unlimited this month.

AMERICA CHAVEZ: MADE IN THE USA #1 MAJOR DEBUT!

CHILDREN OF THE ATOM #1  MAJOR DEBUT!

IRON FIST: HEART OF THE DRAGON #3

THE TRIALS OF ULTRAMAN #1  MAJOR DEBUT!

GUARDIANS OF THE GALAXY #12

New to comics or don’t know where to start? Marvel Unlimited has a fully guided Reading List section that helps you uncover pathways into the Marvel Universe through your favorite characters, events, entry points, and recommended series!

Stay tuned in to weekly announcements, updates, articles, and more by following Marvel Unlimited on Twitter and Facebook. Join the conversation with thousands of fellow fans and let us know what you’re reading!

For more information on how to support your local comic book shops, please visit Marvel.

HBO: ALL THE SCARES, ALL IN ONE PLACE

Start your 7-day free* trial HERE and take your Halloween to the next level.

*Free trial is for new customers only. After your free trial ends, you’ll be charged $14.99/mo. plus applicable tax. Restrictions apply.

Get spooked with our newest haunt starring Octavia Spencer, Anne Hathaway, and Stanley Tucci. In the spooky reimagining of Roald Dahl’s beloved story for a modern audience, Robert Zemeckis’s visually innovative film tells the darkly humorous and heartwarming tale of a young orphaned boy who, in late 1967, goes to live with his loving Grandma in the rural Alabama town of Demopolis. As the boy and his grandmother encounter some deceptively glamorous but thoroughly diabolical witches, she wisely whisks him away to a seaside resort. Regrettably, they arrive at precisely the same time that the world’s Grand High Witch has gathered her fellow cronies from around the globe—undercover—to carry out her nefarious plans.

The unseen maniac of the Universal monsters canon returns to invisible life in this frightening 2020 reboot. Golden Globe(R)-winner Elisabeth Moss (TV’s “The Handmaid’s Tale”) stars as a young woman who escapes her abusive relationship with an optics engineer only to have him fake his death and return as the titular terror–who makes it his sole mission to terrorize her.

For 27 years, it has waited…now, the diabolical evil that appears as Pennywise the Clown has awakened once again to terrorize Derry, Maine. It’s up to the Losers Club, who reunite as adults, to stop “It” once and for all. “A psychologically merciless sequel…deeper, scarier, funnier” (Empire).

Chucky the demon doll returns to terrorize a young boy again in this horror sequel. In the wake of his mother’s breakdown, little Andy has been stuck with a foster family. But when the ‘Good Guys’ dolls go back into production, the murderous Chucky–a doll possessed by the spirit of a serial killer–comes back to life and begins a bloody rampage that centers on Andy.

Ridley Scott’s classic sci-fi chiller about seven astronauts who find intergalactic horror in deep space. Tom Skerritt plays the captain of the spaceship Nostromo, whose crew is picked off one-by-one by a seemingly indestructible creature. Sigourney Weaver is the tough Ripley, who faces the killer in a final showdown that made movie history.

A printer named Henry Spencer is on vacation when he learns that his ex-girlfriend, Mary X, has given birth to a terribly deformed baby. Henry marries Mary and the two try living together, but it does not work out. So Mary leaves and Henry begins to care for the baby. After this, several bizarre events take place. There are visions of a woman in Henry’s radiator who dances and crushes small, tadpole-like creatures. Henry has a tryst with a woman who lives across the hall, and he has a dream that his head is being used to make pencil erasers.

Night of the Living Dead

An army of dead bodies comes to life and terrorizes a group of friends trapped inside a rural farmhouse.

The Curse of Frankenstein

A retelling of Shelley’s famous novel, but told in flashbacks from the point of view of Dr. Frankenstein, awaiting execution for the murder of his wife in the climactic confrontation with the monster.

In the near future, vampires have come out of the coffin…no longer in need of a human fix. But can a young Louisiana waitress (Anna Paquin) forge a love match with a bloodsucker? HBO presents this drama series created by Alan Ball (‘Six Feet Under’) and based on the best-selling ‘Sookie Stackhouse’ novels by Charlaine Harris.

The Murders at White House Farm

An infamous true crime story. Over thirty years ago, three generations of one family were murdered at their isolated farm. Initial evidence pointed the finger at the daughter of the family who had a history of mental illness, however one detective refused to accept this and delved deeper into the investigation. His determination uncovered new evidence that shed suspicion on another family member. This is a dramatized true crime story based on extensive research, interviews, and published accounts, looking at the mystery behind what happened that fateful day.

Forty years after Alien(1979) introduced Earth to the mother of all sci-fi nightmares, Reebok is rewinding the story back to the 1970s for an upgraded unisex prototype edition of the iconic ‘Alien Stomper’ sneaker boots. Originally appearing in Aliens (1986) as the signature ass-kicking footwear of franchise hero Ellen Ripley, the new 40 Anniversary Alien Stomper draws inspiration from the original Alien film to create the most series-authentic Alien Stomper yet.

The 40 Anniversary Alien Stomper is an upgraded take on the classic 1986 silhouette. The new edition now features premium-aged leather construction, a material innovation that enhances the sneaker’s tactile experience while also lending it a vintage “from the vaults” appearance.

Arriving in a cream-white colorway with contrasting blood-red and anthracite detailing, the unisex sneaker is oozing with minute design touches and Easter eggs for die-hard fans. Those details include references to a host of pre-production designs and logos that were never actually used in the film’s final production. making them true prototypes in both our universe and the universe of Alien.  For example, eagle-eyed fans will take special notice of an ultra-rare deviant version of the logo used by the Alienfranchise’s infamous “Weyland-Yutani” corporation, which drops the “D” to read just “Weylan-Yutani”.

The Stomper’s new packaging is just as lovingly detailed as the sneaker itself. Reebok spared little expense in researching and creating materials for the packaging, which will arrive with a swarm of Alien in–universe goodies to help maximize the immersion factor. The full loadout includes:

A certificate of authenticity, backed by the good name of the Weylan-Yutani corporation

Custom dust bags for protecting your stompers from hostile forces

The sneaker will arrive in a triangular prism-shaped “Space Fleet Box”, a retro-future design that imagines what a 22 century Reebok box would look like through the eyes of 1979-era sci-fi design.

The 40 Anniversary Alien Stomper is set for release on Alien Day, April 26, 2019. The unisex sneaker retails for $175 and will be available at www.Reebok.com/us/alien_stomper.

CELEBRATE THE HOLIDAYS WITH YOUR FAVORITE 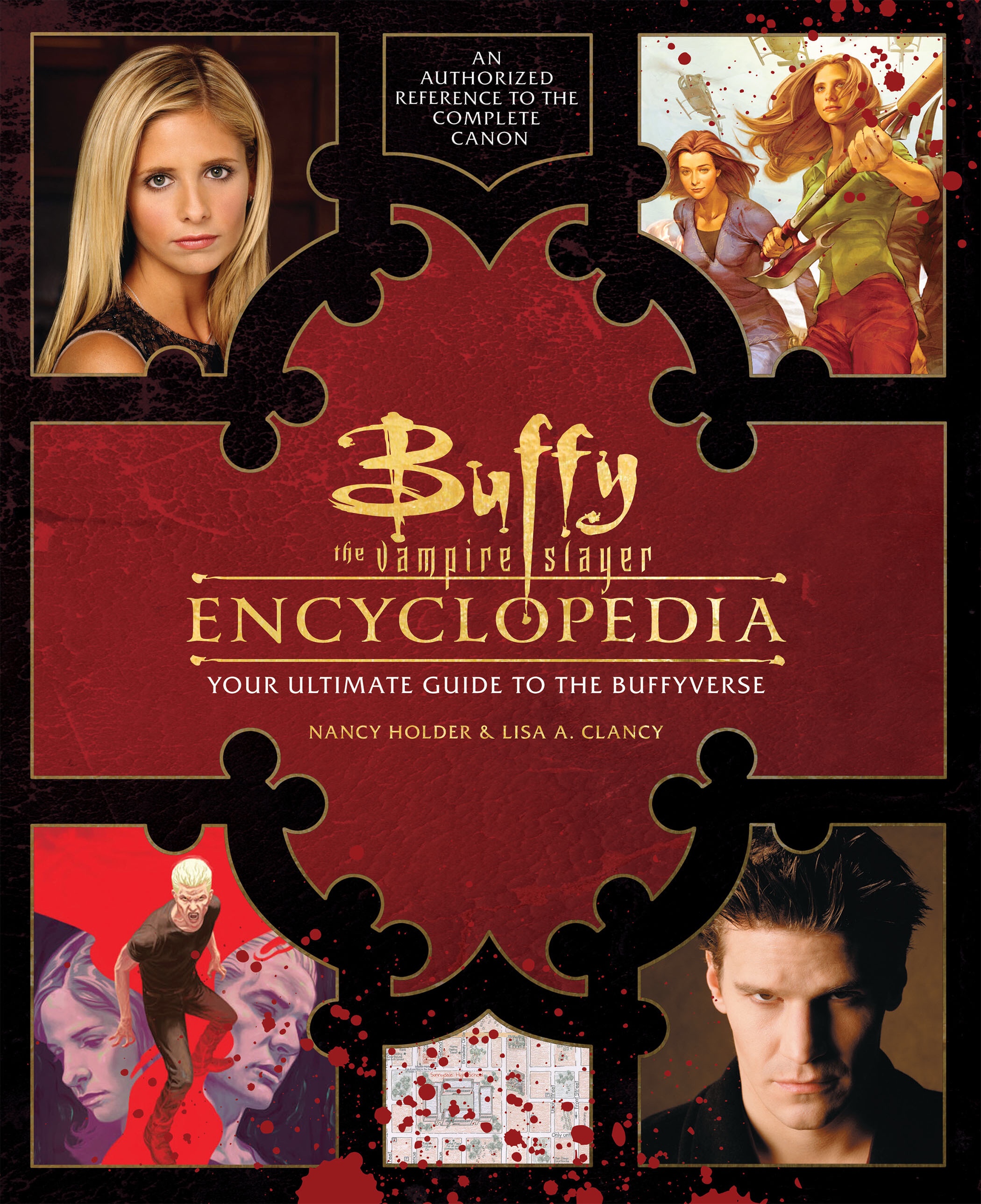 A comprehensive, authorized compendium of all things Buffy the Vampire Slayer, published in celebration of the revered show’s twentieth anniversary.  Fans can now discover Buffy’s world with this full-color A-to-Z encyclopedia that catalogs, explains, and cross-reference every detail of the Buffyverse, from characters, locations, and weapons to episodes, demons, and recurring gags. 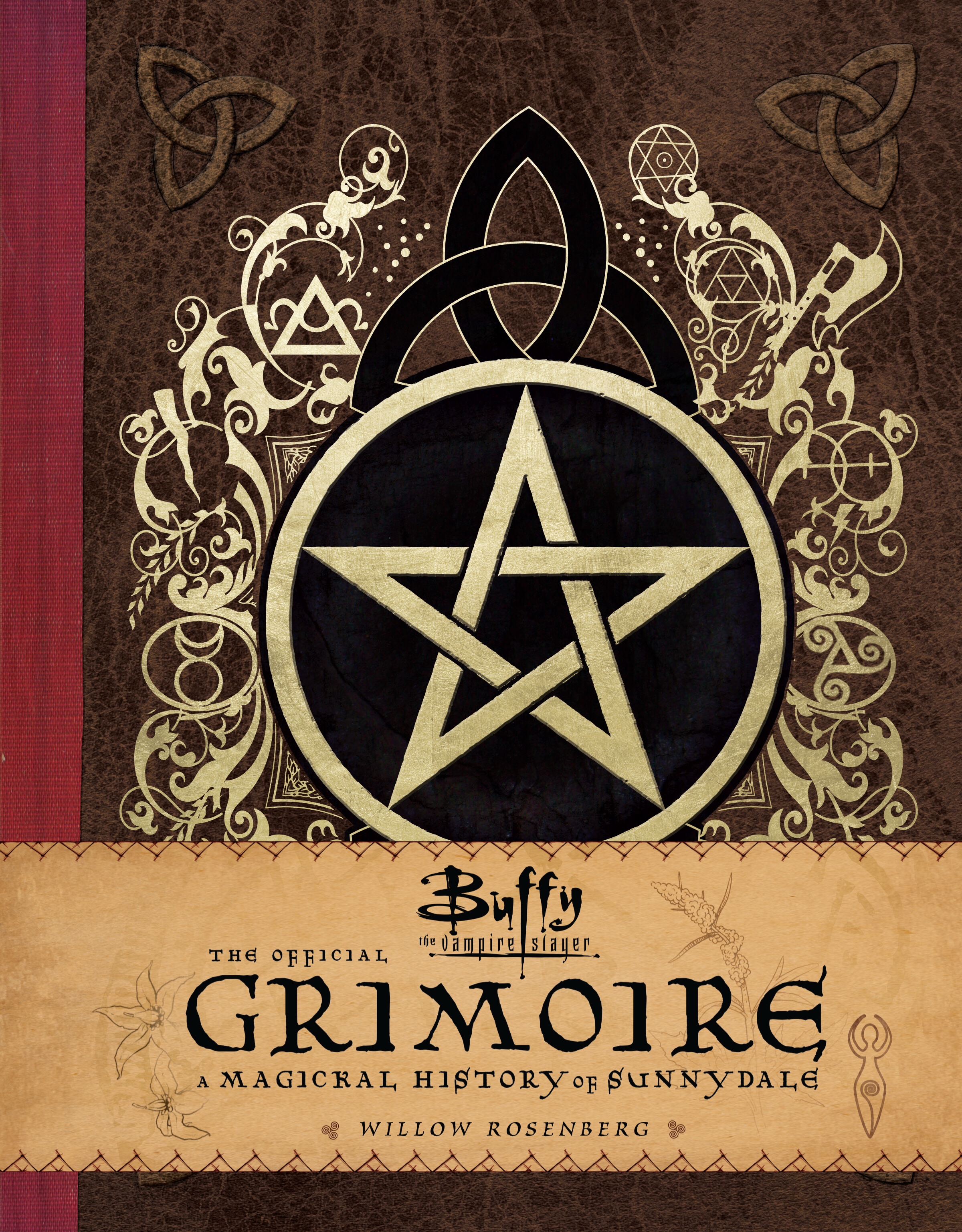 The Official Grimoire is the first and only truly comprehensive collection of every magical moment from all seven seasons of Buffy the Vampire Slayer, humorously narrated by beloved resident witch Willow Rosenberg. Completely illustrated and annotated by the rest of the gang, this book of spells is a unique keepsake for fans of the Buffy-verse and an incredible celebration of the show’s twenty-year legacy. 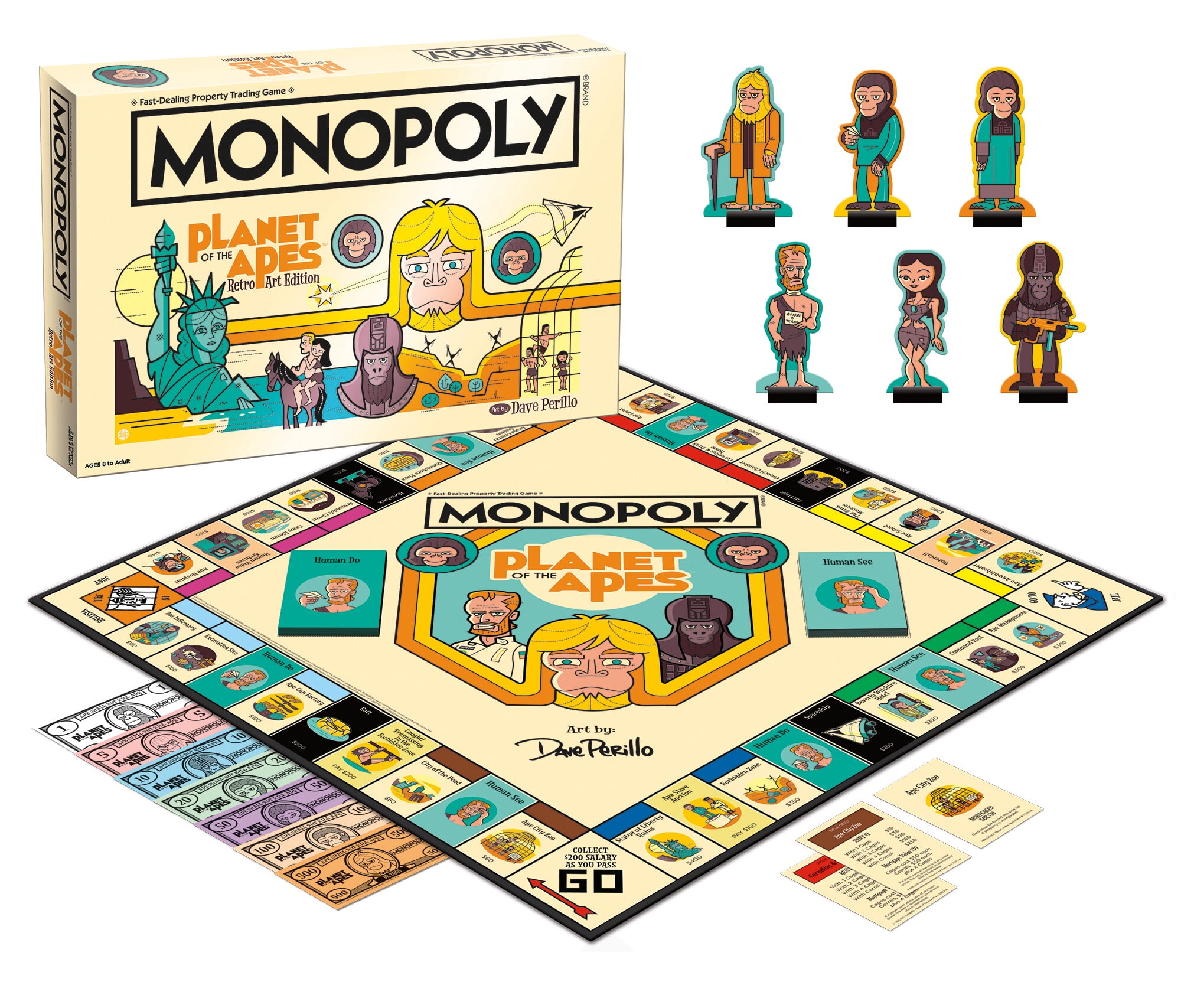 The Planet of The Apes Monopoly® features custom illustrated art by Dave Perillo with a vintage feel from the classic 1968 science fiction film. 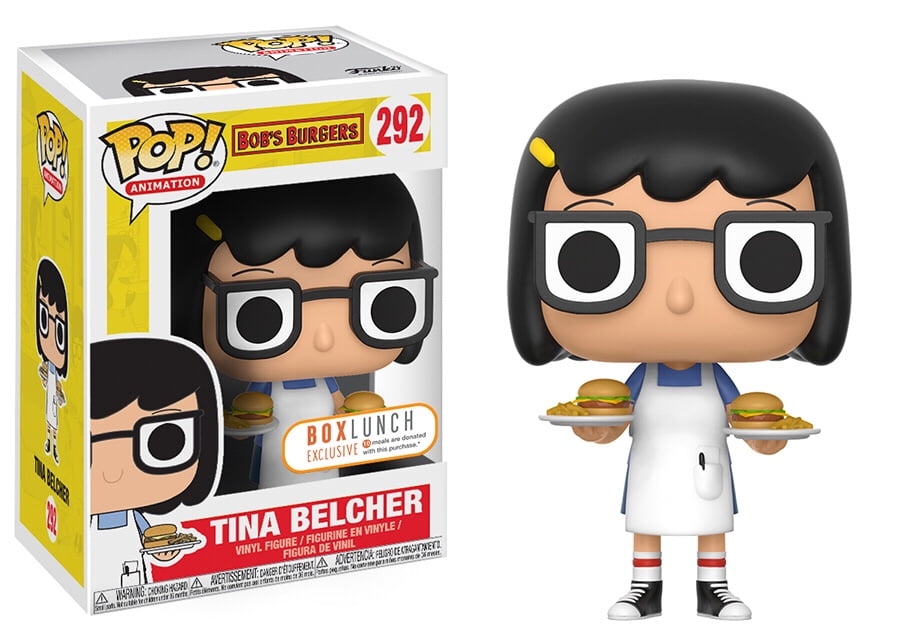 The oldest child of the Belcher clan gets the Funko treatment in this vinyl figure! Show off your support for Bob’s Burgers when you add this BoxLunch exclusive Tina holding burgers to your Funko Pop! collection! For every exclusive Tina Funko Pop! purchased, 10 meals* will be donated to Feeding America. 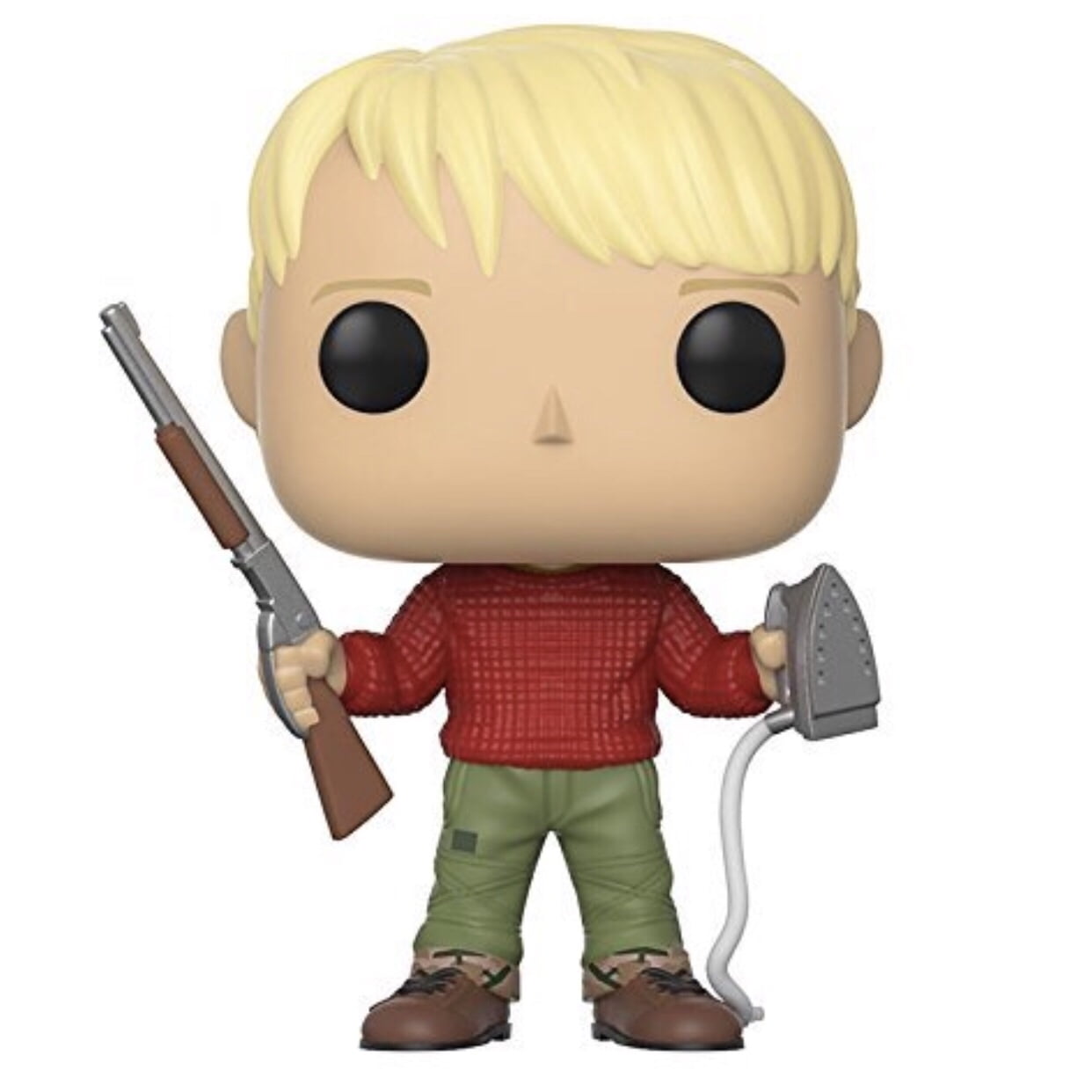 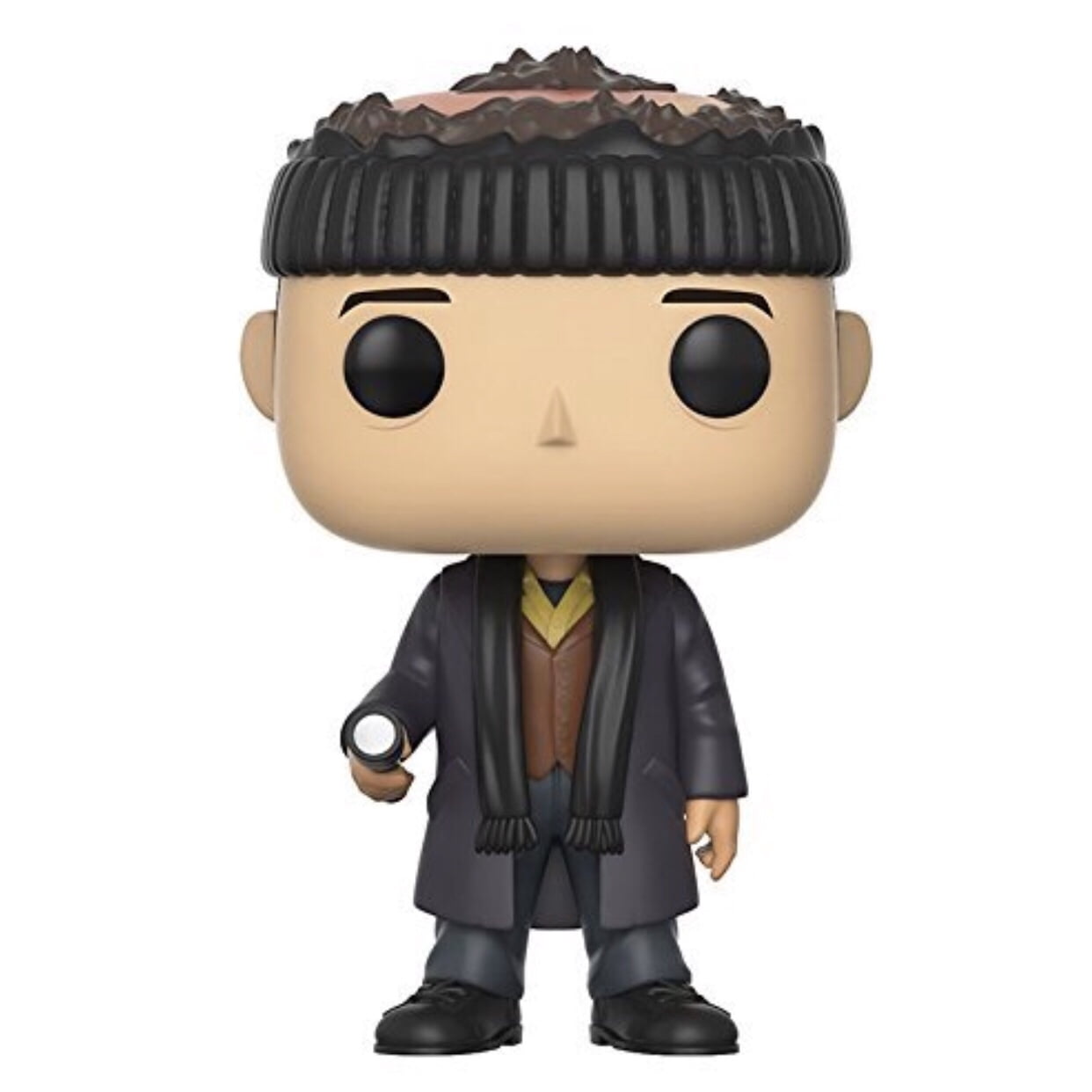 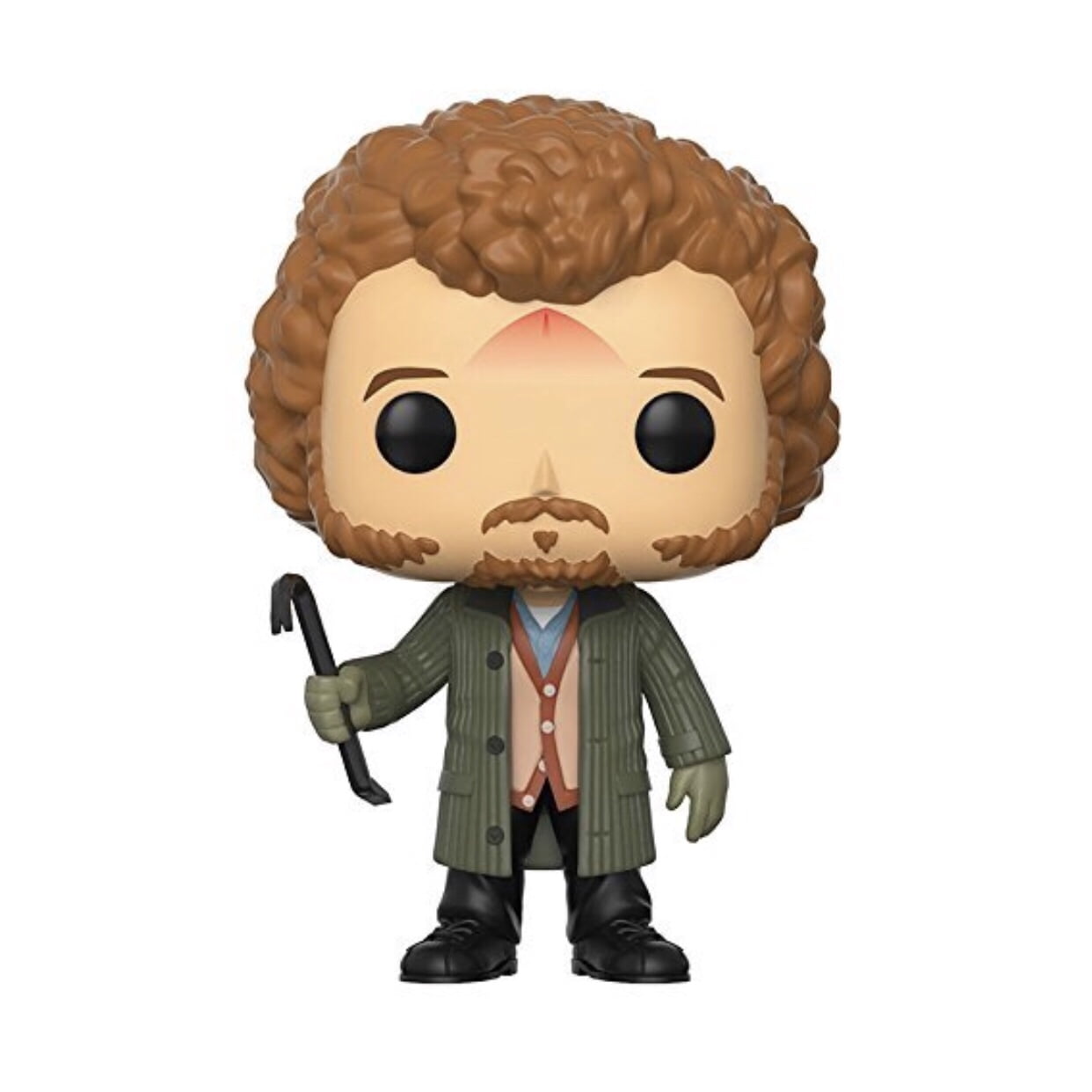 A few characters from the classic Holiday film Home Alone are now receiving the Pop! vinyl treatment. This series features Kevin, he’s home alone and must protect his house! Coming equipped to take on anyone with his BB gun and a hot iron. Also, the “Wet Bandits” Harry and Marv. Harry comes with his torch blown burnt head, and Marv is featured with his iron burn on his face and holding a crow bar. 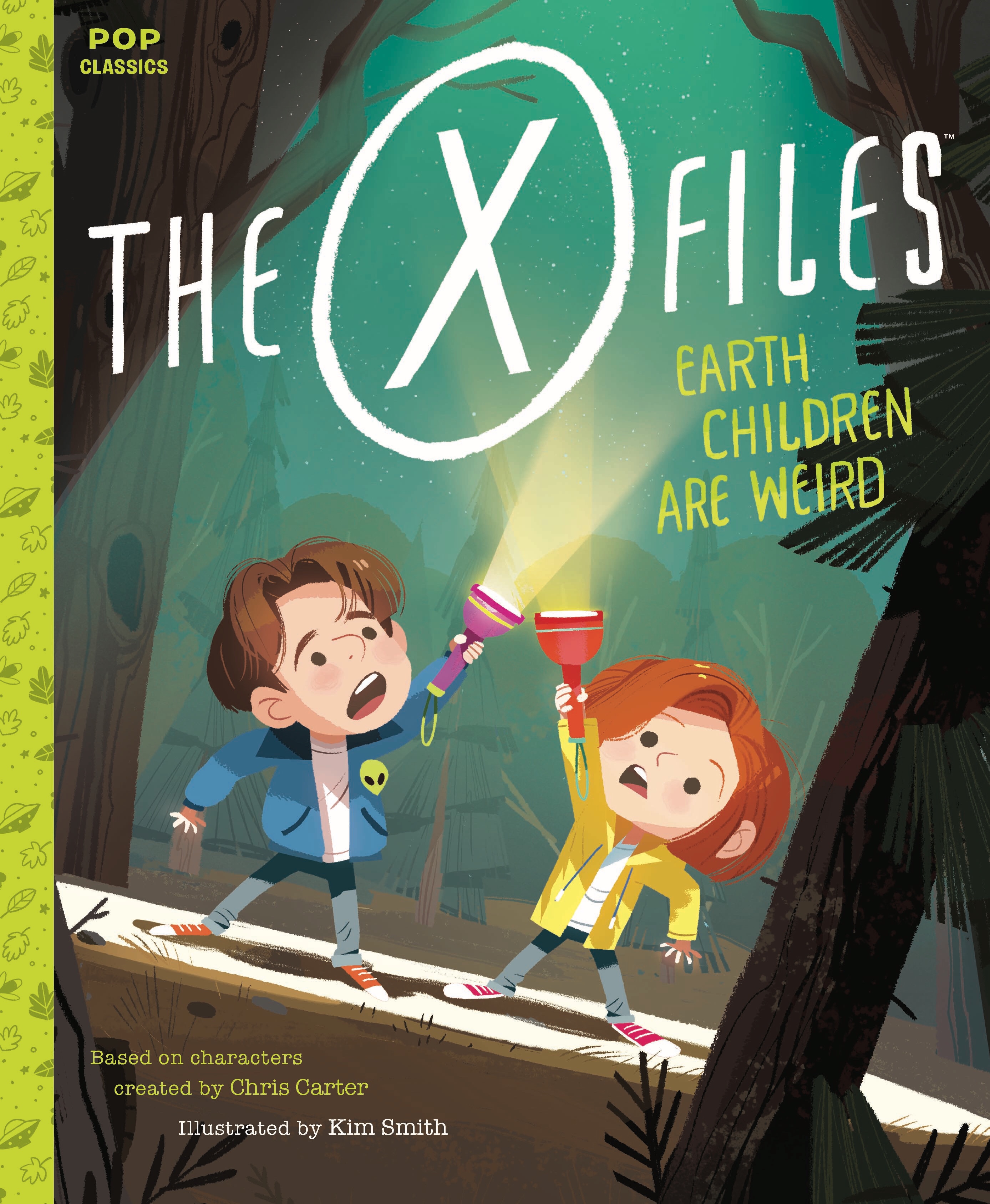 Best pals Dana (Scully) and Fox (Mulder) have pitched a tent in the backyard for a sleepover. But the night is full of strange sounds, lights, and shadows. Surely there’s a rational, scientific explanation for everything . . . or is there? With beautiful illustrations of pint-sized Dana and Fox, this humorous and not-scary-at-all story will introduce the cult TV show to an entire new generation of fans. 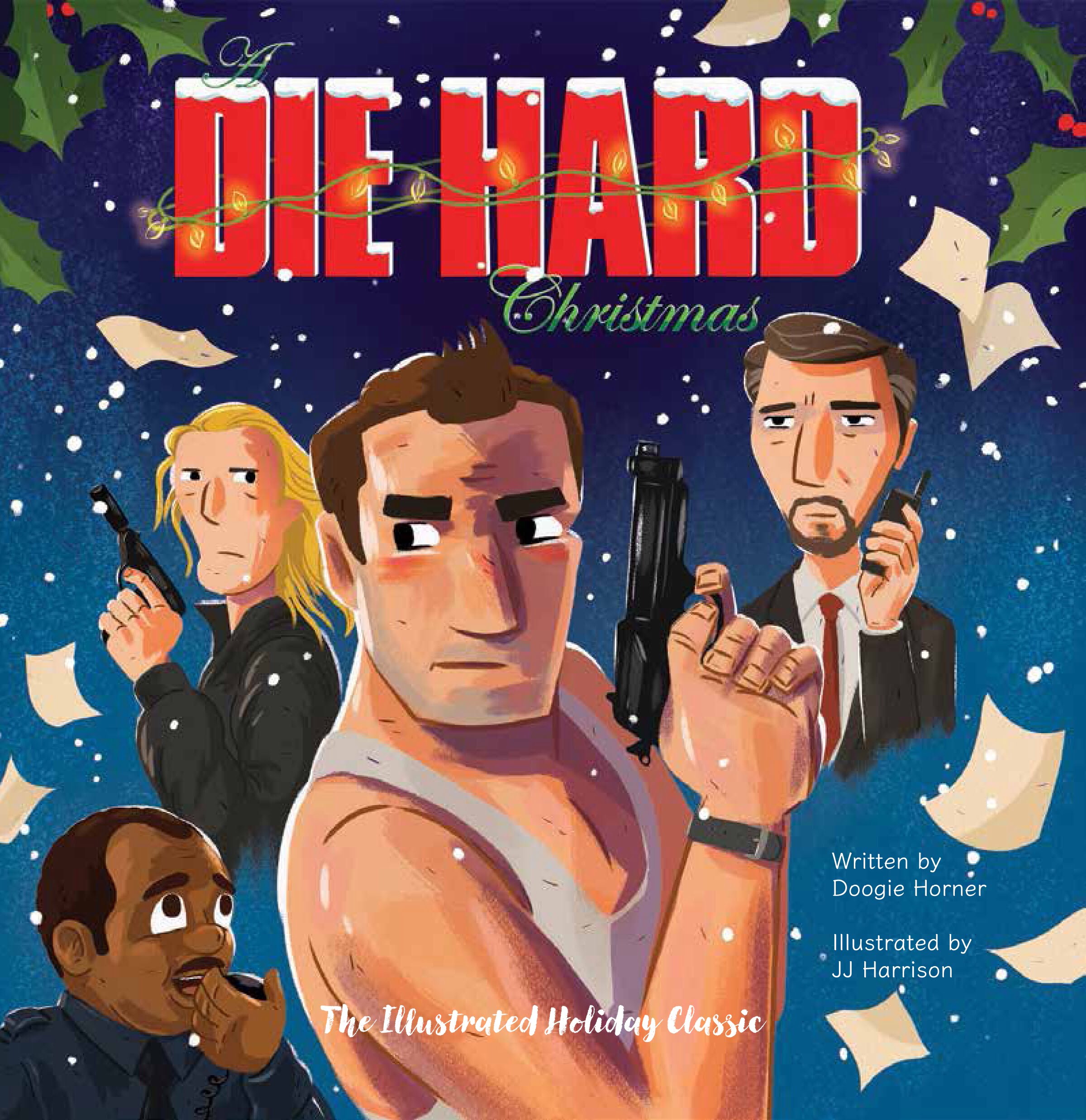 The unconventional fan-favorite movie Die Hard is now an illustrated storybook for adults—complete with machine guns, European terrorists, and a cop who’s forced to rely on all his cunning and skills (and the help of a fellow officer) to save the day. Based on the classic “Night Before Christmas” poem and filled with whimsical illustrations, this cleverly reimagined homage is destined to become a holiday classic.

For the first time ever comes a book that unites two of the best things in the world: nerd culture, and booze. Because if anything is true, it’s that nerds are awesome, and many of us like to throw back an adult beverage or two while re-watching Firefly for the seventeenth time. The Cocktail Guide to the Galaxy, by Andy Heidel, the notable owner of The Way Station in Brooklyn, NY; will be on-sale September 26, 2017. A true mecca for nerd culture, The Way Station has found its way on to numerous lists of the best sci-fi bars and is even complete with a TARDIS themed bathroom.

Including over 100 fun and easy to make recipes – these cocktails are simple to make with no crazy ingredients – The Cocktail Guide to the Galaxy features more of the themed cocktails Heidel’s patrons know and love and is filled with pop culture references from Metropolis, to Guardians of the Galaxy, to Star Wars, and everything in between. Some of the recipes include:

We’re currently at the height of nerd culture! This year alone, we’ll see new Star Wars, Transformers, Marvel, Alien, and Planet of the Apesmovies – all which have at least one cocktail featured in this book.

Andy Heidel is the owner of The Way Station, a bar and music venue in Brooklyn, NY. As R. Andrew Heidel he is the author of the short story collection “Desperate Moon” which features an introduction by Harlan Ellison and praise from Ray Bradbury. As a book publicist, he launched the Eos imprint and helped make Neil Gaiman, Terry Pratchett, and Neal Stephenson bestselling authors while with Avon Books and HarperCollins. He turned to bar ownership when he was downsized, and hasn’t looked back since.