THE AVETT BROTHERS will be playing three co-headline shows with Ringo Starr And His All Starr Band in Spring 2020. The exclusive shows will take place June 9-11th with stops in Bangor, ME, Boston, MA, & Gilford, NH.

The band’s recently revealed 2020 tour plans include their very own festival and “all-inclusive concert vacation” in the Caribbean, The Avett Brothers At The Beach at Hard Rock Hotel & Casino in Punta Cana, Dominican Republic February 27-March 2. They also announced their annual three-night run at the esteemed Red Rocks Amphitheater on July 10-12th. Check out the full tour dates here: www.theavettbrothers.com/tour

The Avett Brothers’ full-length album, Closer Than Together, is available HERE.

ABOUT THE AVETT BROTHERS:

The Avett Brothers made mainstream waves with their 2009 major label debut, I and Love and You, landing at No. 16 on the Billboard Top 200 and garnering critical acclaim. 2012 saw The Carpenter hit No. 4 on the Billboard Top 200 and was followed by Magpie and the Dandelion (2013) which debuted at No. 5 on Billboard’s Top 200 and saw the band appear twice on Jimmy Kimmel Live! True Sadness (2016) achieved The Avett Brothers’ highest career debut to date hitting No. 1 on Billboard’s Top Albums Chart, No. 1 Top Rock Albums Chart, No. 1 Digital Albums Chart, No. 3 on Billboard Top 200, and scoring two GRAMMY® nominations. In the same year, the band was inducted into the North Carolina Music Hall of Fame. In 2017, the band released their critically acclaimed documentary May It Last: A Portrait of The Avett Brothers, which was co-directed by Judd Apatow and Michael Bonfiglio. The film followed the band as they wrote their GRAMMY® nominated album True Sadness. The film was released theatrically and on HBO to rave reviews and critical acclaim and is now available on DVD/Blu-Ray/VOD. In November 2018, the band headlined the concert for Hurricane Florence Relief in Greenville, North Carolina, raising $325,000 to help those affected by Hurricane Florence.

Four new songs have recently been released (“Roses and Sacrifice,” “Trouble Letting Go,” “Neapolitan Sky,” “High Steppin’”) in anticipation of new album Closer Than Together to be released on October 4, 2019.

Coming soon: Swept Away – a new musical inspired by and featuring the music of The Avett Brothers – will have its world premiere at Berkeley Repertory Theatre in June 2020.

For all things The Avett Brothers: 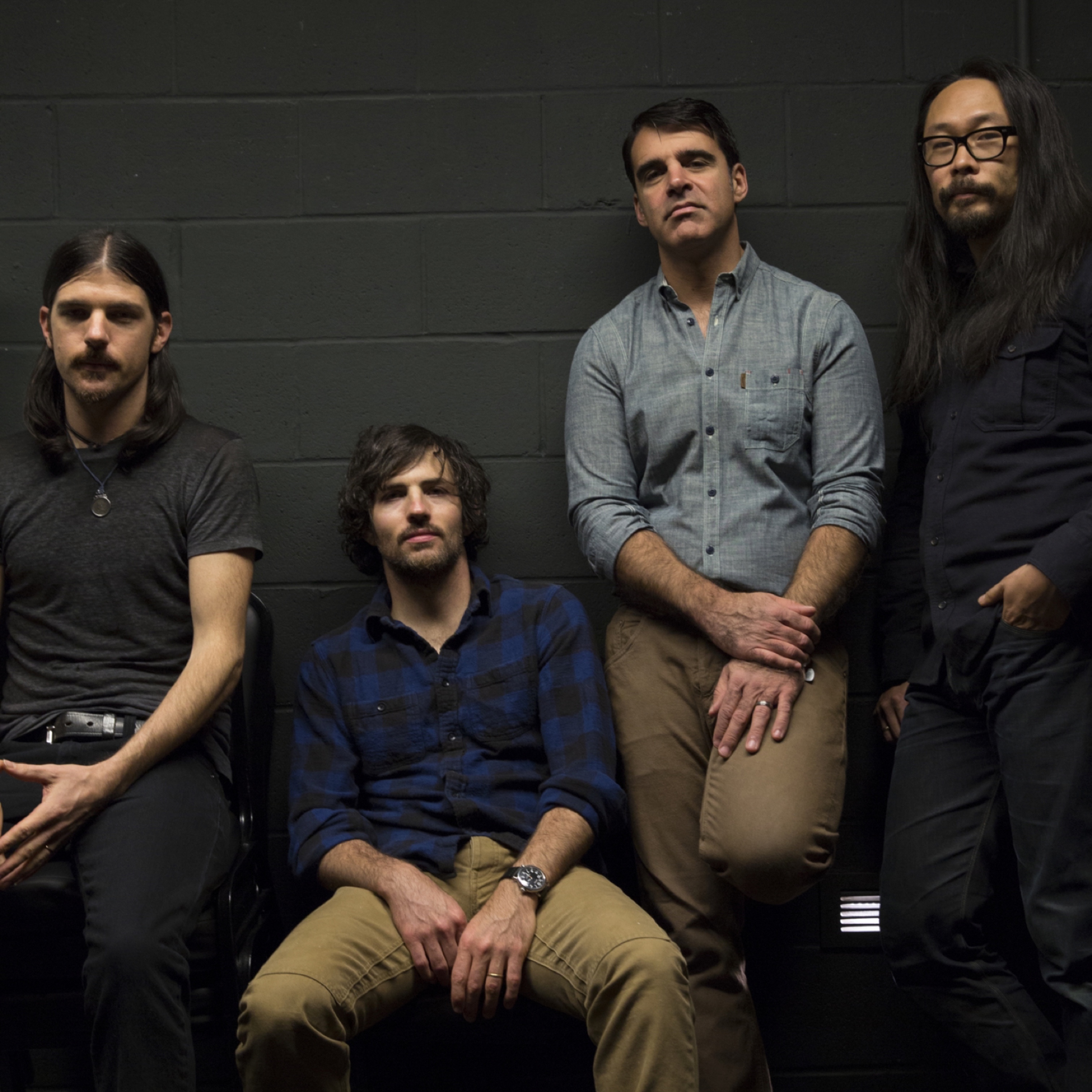 As the world readies itself for the comprehensive new edition of The Beatles’ 1968 studio album, The BEATLES (‘White Album’), the group today launches a brand new music video for the album’s “Glass Onion,” available now exclusively on Apple Music. Beatlemania hit Apple Music back in December of 2015 and has continued to grow with streaming audiences ever since, more than 40% in the last year alone.
Here’s a special sneak peek of The Beatles’ new “Glass Onion” video:
Direct Link: http://embed.apple.media/public/assets/player.html?id=5bd747569cbb6f00126d375e&src=http://embed.apple.media/public/embeds/5bd747569cbb6f00126d375e.json

Full of delightful surprises and featuring rare photos and footage from The Beatles’ vault, the “Glass Onion” music video takes fans on a journey into the creation of the pull-out poster from the ‘White Album.’ Working closely with Apple Corps Ltd., the video is produced by Richard Barnett and Layla Atkinson of Trunk Animation, and directed by Trunk’s director team Alasdair+Jock, who painstakingly reconstructed and vividly animated the original poster’s montage. The poster, created by ‘White Album’ art director Richard Hamilton along with Paul McCartney, was built on an easel at Hamilton’s north London studio, using images supplied by each of the individual Beatles.
The video presents treats along the way for fans to discover: clever animation, photo styling, and well-matched footage add movement and depth to the poster’s original imagery; a little yellow submarine is revealed in Paul’s bubble bath photo; Jeremy Hillary Boob, Ph.D. pops up from the Sea of Holes; an American flag pencil moves in eraser-first, representing U.S. censorship of the poster’s nude John and Yoko drawing; and much more.
Watch the brand new “Glass Onion” music video in full and catch up on all things The Beatles on Apple Music here: apple.co/GlassOnionMusicVid
For 50 years, The BEATLES (‘White Album’) has invited its listeners to venture forth and explore the breadth and ambition of its music, delighting and inspiring each new generation in turn. On November 9, The Beatles will release a suite of lavishly presented ‘White Album’ packages (Apple Corps Ltd./Capitol/UMe). The album’s 30 tracks are newly mixed by producer Giles Martin and mix engineer Sam Okell in stereo and 5.1 surround audio, joined by 27 early acoustic demos and 50 session takes, most of which are previously unreleased in any form

TURN UP THE JOY THIS HOLIDAY SEASON WITH UMe’s CHRISTMAS RELEASES,

With the holidays in full swing, UMe has all the music you need to make your festivities even brighter. From a cornucopia of timeless Christmas albums on a variety of formats to soundtrack your gatherings or as the perfect present to a dynamic Spotify playlist and even a helpful interactive gift guide to help you finish up your shopping, there’s so many ways to turn up the joy this holiday season.

From classic crooners Frank Sinatra and Bing Crosby to renowned vocal quartet 98° to country Christmas music on vinyl and festive compilations, there’s truly something for everyone to help you celebrate.

An expansive and eclectic collection, UMe’s Christmas playlist on Spotify features some of the biggest songs and artists in the holiday music canon and pairs timeless classics ranging from Frank Sinatra, Burl Ives and Brenda Lee to Stevie Wonder, The Jackson Five and The Ronettes to U2 and Wham! with modern staples from Mariah Carey, Sam Smith, Ariana Grande and Michael Buble. The ever-expanding, hours-long playlist is guaranteed to bring an extra dose of holiday cheer.

Stream the playlist on Spotify: http://lnk.to/Christmas-Playlist

Take the guess work out of finding that special gift for the music lover on your list with UMe’s interactive gift guide. The site allows fans to search through the label’s best-selling titles of 2017 by choosing a genre and price.

Experience the gift guide at musicgift.guide

Their first full-length Christmas album in 18 years, 98°’s Let It Snow is a brand new 12-song collection that includes the original song “Season Of Love,” their take on “What Christmas Means To Me,” the standard that was popularized by Stevie Wonder, and an interpretation of Joni Mitchell’s “River.” The guys also put their own spin on the classic carols, “The First Noel.” The renowned vocal quartet recruited Grammy-nominated music, TV and film producer Adam Anders to oversee the project who is best known for his work as executive music producer for “Glee” who has written and recorded with some of the biggest names in contemporary pop music including Miley Cyrus, Selena Gomez, Backstreet Boys and the Jonas Brothers. Let It Snow is their second Christmas title following their critically-acclaimed, million-selling 1999 album, This Christmas.

The Beatles’ annual holiday tradition of recording jolly Christmas messages for fan club members was an important part of the band’s relationship with their most ardent supporters, affectionately referred to by them as “Beatle People.” Spanning 1963 to 1969, The Beatles’ holiday recordings were originally pressed on flexi discs and mailed to fan club members each December. Never released beyond the fan club until now, The Beatles’ seven holiday messages have been newly pressed on a rainbow of seven-inch colored vinyl singles for The Christmas Records box set. The limited-edition collection presents each vinyl single with its original flexi disc sleeve artwork, accompanied by a 16-page booklet with recording notes and reproductions of the fan club’s National Newsletters, which were mailed to members with the holiday flexi discs.

On Darius Rucker’s Home For The Holidays, the acclaimed singer mixes up country, soul, swing and R&B for an album that has something for everyone in the family. The dozen songs combine holiday chestnuts like “Let It Snow, Let It Snow, Let It Snow,” “Winter Wonderland” and “Hark! The Herald Angels Sing” with two Rucker originals “What God Wants For Christmas” and “Candy Cane Christmas.” Rucker is joined by friend Sheryl Crow on the time-honored duet “Baby, It’s Cold Outside” and has some childhood fun on the Dr. Seuss classic “You’re A Mean One, Mr. Grinch. Produced by Frank Rogers, the album is available on standard black vinyl for the first time.

Order Home For The Holidays: http://UMe.lnk.to/DariusRuckerHFTH

Originally released in 2012, Lady Antebellum’s On This Winter’s Night is making its vinyl debut just in time for the holidays and the album’s five-year anniversary. The 12-track collection on standard black vinyl sees Lady A put their unique spin on an eclectic mix of holiday favorites including “A Holly Jolly Christmas,” “All I Want For Christmas Is You,” “Have Yourself A Merry Little Christmas” and “Blue Christmas” and features the gorgeous original title track, written by the band. The Gold-selling album offers a variety of musical styles and sounds, from gentle acoustic guitar and strings to fiddle to sleigh bells and swinging horns, with the trio’s unmistakable harmonies front and center. As All Music exclaimed, “This is a Christmas album for the hustle and bustle of the holiday season, a soundtrack for days of shopping, present wrapping, and parties filled with good cheer.”

Order On This Winter’s Night: http://UMe.lnk.to/LadyAOTWN

Frank Sinatra’s Ultimate Christmas showcases 20 festive and warm holiday classics from Sinatra’s Capitol and Reprise catalogues. The new collection also honors the Sinatra Family’s holiday traditions with Frank joined by his children, Nancy, Tina and Frank Jr., on three songs. Ultimate Christmas features Sinatra’s merry best, from the tranquil and traditional “White Christmas”, “Silent Night”, “It Came Upon A Midnight Clear”, “Have Yourself A Merry Little Christmas”, “I’ll Be Home For Christmas”, and “The First Noël” to the rollicking “Jingle Bells”, Santa Claus Is Coming To Town”, and “Mistletoe And Holly.” Sinatra’s children add their voices to “The Twelve Days Of Christmas,” “The Bells Of Christmas (Greensleeves),” and “I Wouldn’t Trade Christmas.” The collection’s iconic recordings span 1954 to 1991, with arrangements by Nelson Riddle, Don Costa, Gordon Jenkins, and Johnny Mandel, among others.

In celebration of the 30th anniversary of country icon Reba McEntire’s timeless double-platinum album Merry Christmas To You, the long out-of-print record has been reissued on vinyl for the first time since its original 1987 release. Pressed on standard black vinyl and featuring the ‘90s cover image from the CD version, the album that first celebrated McEntire’s love of Christmas includes her beautiful and joyous takes on traditional Christmas tunes like “Away In A Manger,” “O Holy Night” and “Silent Night” and seasonal standards like “White Christmas,” “I’ll Be Home For Christmas” and “The Christmas Song (Chestnuts Roasting On An Open Fire).”

Order Merry Christmas To You: http://UMe.lnk.to/RebaMcEntireMCTY

Ringo Starr’s beloved holiday album I Wanna Be Santa Claus has just been released on vinyl for the first time ever. First released in 1999, the album is filled with Starr’s eclectic and inspired renditions of such seasonal standards as “Rudolph The Red-Nosed Reindeer,” “The Little Drummer Boy,” “Winter Wonderland” and “White Christmas,” alongside a half-dozen exuberant holiday originals such as “Come On Christmas, Christmas Come On,” “I Wanna Be Santa Claus,” and “The Christmas Dance,” and a cover of The Beatles’ infectious “Christmas Time (Is Here Again).”