This marks the groups first release under their newly minted deal with Britannia Row Recordings and BMG. In support of the album, JOHNNYSWIM will embark on a North American tour beginning May 3 in St. Louis, MO. See the full routing for dates below and click HERE for more info!

May 3 St. Louis, MO The Pageant

May 4 Indianapolis, IN Egyptian Room

May 10 Nashville, TN The Ryman

May 13 Charlotte, NC The Fillmore

May 14 Raleigh, NC The Ritz

May 20 Boston, MA House of Blues

Run Includes October 19 Concert At The Novo In L.A. And

“A perfectly balanced duo. They both have incredible skills. They both have wonderful voices. The harmonies are fabulous. And they play the heck out of the guitar…” – NPR Music 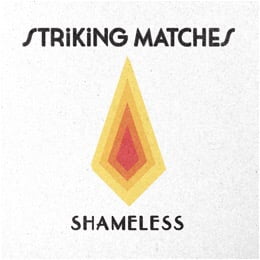 Following the success of their 2015 debut album, Nothing But The Silence – which has racked up more than 10 million cumulative streams worldwide – Striking Matches return with Shameless, set for release on September 22 via Capitol Records. The four original songs, produced by Kennedy Karate (Børns), will give fans a taste of the duo’s forthcoming album, which is due out in 2018.

Striking Matches said, “Our new music originates from the two years we spent on the road touring our first album. During that time, we changed as musicians, and as people. Out of it came the need to create something that felt sonically unique to us. Pushing ourselves as creators was terrifying and exhilarating, but ultimately necessary. We hope it inspires our listeners to step outside of what is comfortable, in order to progress. With this new music, we needed to be honest, we needed to be brave, and we needed to be shameless.”

The duo – comprising Sarah Zimmermann and Justin Davis – will be joining JOHNNYSWIM on the “Take The World Tour,” which launches on September 19 in Amsterdam. The North American leg kicks off at The Fillmore in San Francisco on October 18. It includes a show at the Novo in Los Angeles (October 19) and a two-night stand and New York City’s Irving Plaza (November 6 & 7). See below for itinerary. 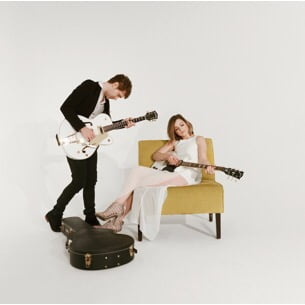 Nothing But The Silence,which was produced by T Bone Burnett,won acclaim in the U.S. and abroad. NPR’s “World Café” hailed Striking Matches as an “Artist to Watch” andBuzzfeed named the duo as one of the “Artists You Need In Your Life.” USA Today said, “Sarah Zimmermann and Justin Davis give off sparks as singers and writers, but they’re even hotter guitarists. Incendiary.” American Songwriter observed, “these songs crackle and sizzle, walking on a tightrope between pop, rock, country and blues.” Nothing But The Silence debuted at No. 1 on the iTunes UK Country Chart and several tracks were featured on BBC Radio 2’s playlist. The duo sold-out multiple headline tours of the U.K. and took International Act of the Year honors at the British Country Music Awards in 2015.

Zimmermann grew up outside Philadelphia and had mastered the clarinet, violin and guitar before middle school. Davis, who is from Atlanta, began playing guitar at an early age, inspired by the music he heard at home – Sam Cooke, Petula Clark, Eric Clapton, Otis Redding, Ray Charles and Steely Dan. The two began working together when a professor at Belmont University in Nashville paired them up for class projects. Soon they were penning originals together. Nine of their songs were performed in the first four seasons of the hit television show “Nashville.” In addition to numerous headline outings, Striking Matches have opened for Train and toured the U.S. with The Secret Sisters on a co-headline tour.