Global music superstar Janet Jackson is set to debut her new single, “Made for Now,” in collaboration with Daddy Yankee, on the Friday, Aug. 17 telecast of “The Tonight Show Starring Jimmy Fallon.”

The appearance marks Jackson’s first performance on late-night television in 14 years. She last served as musical guest on “Saturday Night Live” in 2004. This will also be Jackson’s first appearance on “The Tonight Show” with Fallon as host.

From Universal Television and Broadway Video, “The Tonight Show Starring Jimmy Fallon” is executive produced by Lorne Michaels and produced by Gerard Bradford, Mike DiCenzo and Katie Hockmeyer. Jamie Granet-Bedermanproduces. “The Tonight Show” tapes before a live studio audience from Studio 6B in 30 Rockefeller Center.

ABOUT JANET JACKSON
Janet Jackson is one of the most influential entertainers of the modern era. Her music has earned her six Grammy Awards, two Emmy Award nominations, a Golden Globe Award and an Academy Award nomination, as well as dozens of American Music Awards, MTV Video Music Awards and Billboard Music Awards. She has also received many accolades as an actress, including an NAACP Best Supporting Actor Award. Jackson is a published author, dancer, businessperson, philanthropist and one of the biggest-selling artists in popular music history. With sales of over 160 million records worldwide, Jackson stands as one of the best-selling artists of all time with a string of hits that have left an indelible impression on pop culture. Her music and artistry have opened doors through which other top artists have followed, many acknowledging her impact on their musical perceptions.

Daddy Yankee remains one of the most recognized and influential names in urban music and Latin dance. He was named one of the most influential Hispanics in the world by both CNN and Time magazine. He has sold more than 17 million albums and has over 60 million fans combined on his social networks. Daddy Yankee is considered the King of Reggaeton and continues to reign with the recent global success of “Despacito,” which was named the most-streamed song and most-watched video of all time, and most recently “Dura,” the second most-watched video in 2018. He was also named Billboard magazine’s Top Latin Artist of 2017. Other global hits by Daddy Yankeeare “Gasolina,” “Rompe” and “Limbo,” among others.

Band Will Make U.S. Live Debut At School Night On October 23 And The Peppermint Club On October 25 In Los Angeles

http://VirginRecords.lnk.to/Spgoodtogether
Scarlet Pleasure are back with the new single “Good Together“- yet another soul warming post card from the Danish trio, who in 2017 delivered two major Danish hits, wrapped in their own unique sound and strong lyrics about escapism, paranoia, karaoke, and Vespas. “Good Together” is available for streaming and purchase via Virgin Records HERE.

Scarlet Pleasure will make their U.S. live debut in Los Angeles, CA at School Night on October 23 and The Peppermint Club on October 25.

“It’s a song about a shipwrecked relationship, a feeling of uncertainty and what it could have developed into – but sometimes destiny decides differently,” says lead singer Emil Goll about “Good Together.” And namely destiny is practically synonym to the stories that Scarlet Pleasure has unwrapped on their latest releases. Goll further explains: “Life is in many ways a series of coincidences that are reflected by the choices we have made in the past. And we like to dive into these choices, both the good and the bad.”

With the single “Déjà Vu” Scarlet Pleasure introduced a brand-new sound built around the DNA of the band: drums, bass, guitar, and vocal. The song went number 1 on the Danish Airplay Chart four weeks in a row and “Déjà Vu” is now certified Platinum in Denmark.

In June, the single “Limbo” and an EP by the same name followed. 15 weeks after the release, the single is still in the Top 5 and both the single and the EP have been certified Gold in Denmark. The two massive hits have set the course for a totally sold out tour in Denmark in November. In March 2018 Scarlet Pleasure, will perform their biggest shows so far at the two Danish arena venues – Scandinavian Congress Center in Aarhus and Forum in Copenhagen.

Scarlet Pleasure consist of childhood friends Alexander, Emil and Joachim, who formed the band in Copenhagen in 2013 and quickly got their big commercial breakthrough with the single “Heat” (2x platinum in Denmark). Since then, the band has since their debut been nominated “Best Danish Group” at the Danish Grammys 2016, played the biggest venues and festivals in Denmark, toured with Lukas Graham and streamed more than 60 million times on Spotify. 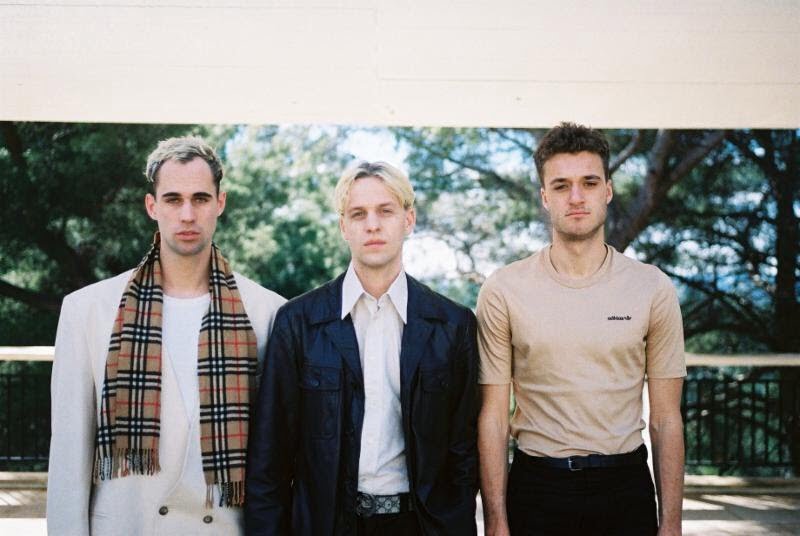