Early this week, a tragedy had occurred in Atlanta, Georgia. A total of eight victims were killed at the Georgia spa. Six of the eight victims were Asian, and when the suspect got caught, he claimed that “his actions were not racially motivated.” It was stated that it was too soon in the investigation to claim this shooting as a hate crime; however, the shootings were “aimed at a recent wave of attacks against Asian Americans that coincided with the spread of the coronavirus across the United States.” The suspect claimed that apparently “sex addition” drove him to commit these murders.

There were multiple incidents: the first occurred at Young’s Asian Massage Parlor in a mall off Highway ninety-two, about thirty miles north of Atlanta. When the police got the call, five people were shot, and two were dead while three were rushed to the hospital. An hour later, after this tragedy, two other shootings happened right across the street- one being on Piedmont, the other at the Gold Spa and Aromatherapy.

There were seven women and one man; most of them were Asian. The victims have been identified as Delainia Ashley Yaun, Paul Andre Michels, Xiaojie Tan, and Daoyou Feng.

Yaun and her husband, Mario Gonalez, were off work getting a couples massage at Young’s Asian Massage when the tragedy started. Her husband safely made it out of the salon, but he and his wife were in separate rooms when the shooting was started. They had a family together; a thirteen-year-old son and an infant daughter. It is sad to say that this woman was a victim in this shooting that not one person deserved -separating families, taking parents, taking siblings. It is a terrible, terrible thing that no one deserved. John Beck, Yaun’s manager, voiced to BuzzFeed News that “her heart was so big.” She would feed homeless people and offer them clothes and a place to shower. Hearing a person who is so kind and so pure as Yaun makes you ask the question, “why do bad things happen to good people.” It doesn’t make sense and is not fair.

Xiaojie Tan was the owner of Young’s Asian Massage as was another victim of the attack. She was known for being an extremely hardworking small-business owner and had such a big heart filled with love and kindness. Her client, Greg Hynson, stated that when he came for an appointment on his birthday a year ago, she had a birthday cake waiting for him. Another victim, Paul Andre Micheals, was a U.S Army infantry veteran married for more than two decades. He was a “dedicated, hardworking, loving man,” his brother stated.

These killings brought a “wave of outrage and attention to violence against Asian-American people.” As soon as social media was notified of the attacks and assumed to be focused on Asian’s, you could see all over the media celebrities, influencers, and people left and right posting regarding standing up for the lost lives and spreading awareness to this hate crime and all hate crimes in general. The media has been outraged and will continue to stand together.

Bleachers announced today the release of two new tracks giving fans a sneak peek of new music off the forthcoming album which is set for release in 2021. The first taste of new music, “chinatown” feat. Bruce Springsteen, along with the b side track “45” are both out now – available both digitally and on 7”. Additionally the music video for “chinatown” directed by Carlotta Kohl is out NOW.

Bleachers’ Jack Antonoff states: ““chinatown” starts in NYC and travels to new jersey. that pull back to the place I am from mixed with terror of falling in love again. having to show your cards to someone and the shock when you see them for yourself. thinking you know yourself and where you are from…. having to see yourself through somebody who you want to stay… I started to write this song with these ideas ringing in my head. to further understand who you are pushes you to further understand where you are from and what that looks and sounds like. there are pieces in that that are worth carrying forever and pieces worth letting die. “chinatown” and “45” are both the story of this – “chinatown” through someone else, “45” through the mirror. as for bruce, it’s the honor of a lifetime to be joined by him. he is the artist who showed me that the sound of the place I am from has value and that there is a spirit here that needs to be taken all over the world.”

”Every now and then an automobile manufacturer shocks us with a treasure. Something that snatches the air right out of our lungs. This time around Cadillac breathes life into its newest family member and all she does is turn heads and causes jaws to drop.” -Vaughn Lowery

If you’re in the market for a new vehicle, maybe you should consider the 2019 Cadillac XT4 Crossover for one of your very own urban excursions. We decided to venture downtown LA to Chinatown in our test model. Just like this vehicle, there’s an unprecedented reaction to Howlin’ Rays (Tennessee style hot chicken) as it’s one of the first establishments of its kind within the metropolitan area.

Launched in 2018, it’s their smallest crossover and a hopeful competitor in its segment. It sustains its own against the Volvo XC40, Audi Q3, and Mercedes-Benz GLA.

Design: The aim of this model is v-shape inspired by crisp lines, sweeping arcs, and high-end appointments. Factory tinted windows allow for added privacy and UV protection against the harsh LA sun rays. But you also get a 360 view under the car, insignia displayed on the front, and a backup camera to view more of what’s behind you. Above you, is a dual panel retractable Sunroof/Moonroof, which allows more light to come in, making the vehicle feel roomier. Compared to its predecessor, the 2018 XT4, this new variation has more room for you and four other people.

Technology: Loaded with a vast amount of features which are comparable with many luxury manufacturers: Apple CarPlay, Android Auto, Satellite radio, WiFi hotspot, Bluetooth capability, rotary dials, and 8″ infotainment touchscreen. The 8-way driver and 6-way passenger seat controls made perfect sense after we shoved our faces and felt our sides begin to split. After all, who needs pants when you have an XT4?! Thanks to their elegant Bose audio system, with 13 speakers and tweeters, we were able to bounce some of the calories off from those extremely spicy french fries from Howlin’ Rays that brought us to tears. My dear Lord!

Performance: Just as significant as the aesthetic and feel of the car is its agility. Its 2.0L 4-cylinder engines are peppy, to say the least, cranking 237hp with 258 pound-ft of torque. Clocking in at an EPA-estimated 29 mpg on highways, this model is a front wheel drive with an all-wheel-drive option. This is also an advantage over the previous year’s XT4 model which weighed 15lbs more. Moreover, on that point are also selectable driving modes with paddle shifters. This new model possesses 4-wheel independent suspension easily, offering a high-quality smooth ride which grips most terrains with ease. On an urban excursion to Chinatown in downtown Los Angeles, we accidentally climbed up onto the sidewalk rushing to pick up our mouthwatering Howlin Rays Nashville style chicken. We weren’t only stunned by the 2 hr wait in a block-long line, but the fact that we were perched off road. This vehicle may just be Pismo Beach worthy.

Safety: Now, of course, the honorable people at Cadillac care about your safety. Thus, this model comes well-equipped with airbags: front, knee, and seat side impact for the driver and their co-pilot (the front seat passenger). You also incur a head curtain for all outboard seating positions. In addition, this car has multiple alerts. Whether it’s for lane changing, the side blind zone, or rear cross traffic. This comes in handy to avoid dings and scratches to its beautiful 18″ 10-spoke alloy wheels. Overall, the braking was decent, but not as sharp as other competing models at this price point.

Other specs: Fuel tank capacity for the 2019 XT4 sits at 15.9 gals. This car’s carbon emission is at 6.8 gals per year at 15,000 miles per year. It too has an air filtration system in the cabin and a powered universal tablet holder.

In short, the 2019 Cadillac XT4 AWD Sport is a match made in heaven for an emerging influencer, a youthful mid-level executive and/or an adventurous individual on the prowl for some of the best eats in a major metropolis area. Of course with a few friends in tow. The model we tested was $55,735 and it was worth every cent. 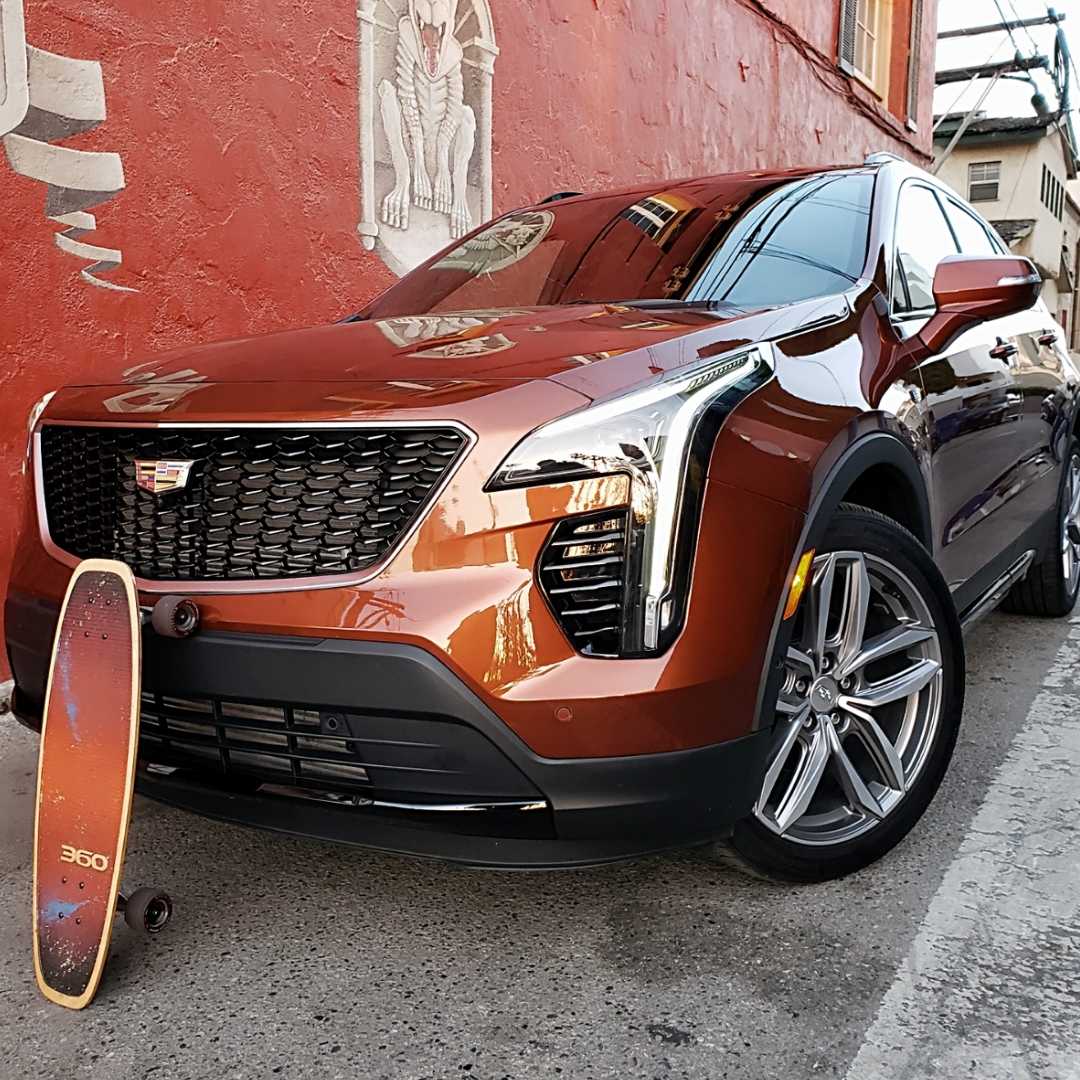 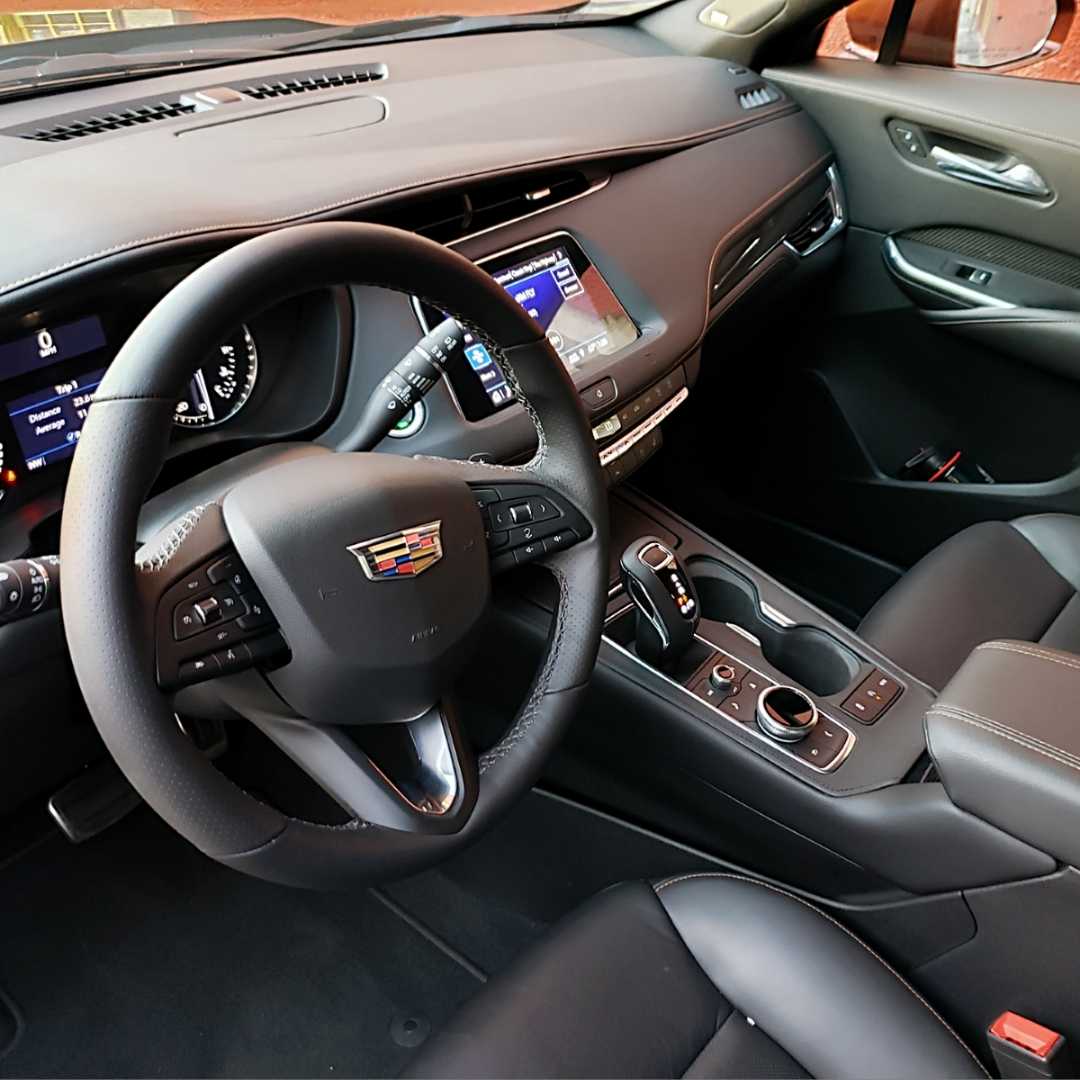 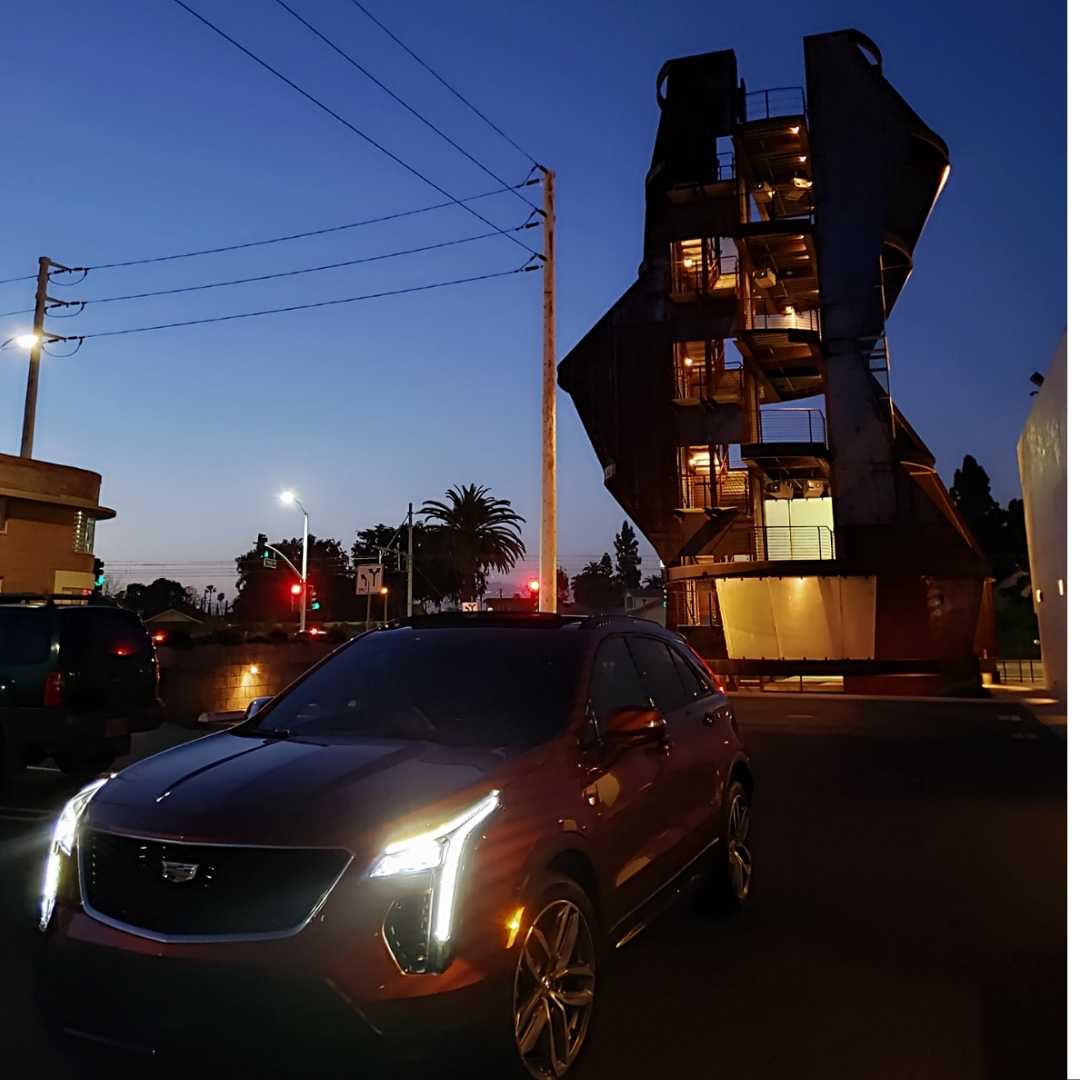 One of the events I am most proud of occurring at Nous Tous happened just over a week ago. Femme Salon reading series launched on August 26th to a crowd that completely packed the space and it was an amazing event. It was a celebration and safe space for femme voices that are all too often silenced and spoken for. I am super proud of the success of the event and really grateful that Nous Tous has become the kind of space that can harbor this kind of event.

Unfortunately, the producer of the event is facing some financial hardship and instead of simply donating myself (which I did) I thought this might be a great opportunity for a few members of our community to help also. Jade is a working artist transwoman of color and any creative can attest to the fact that gigs are not always stead, so funds do not always appear with good timing.

She is is about $200 bucks short of rent, and that means that 10 people donating $20 dollars should help plenty. I know this is the type of audience that appreciates art and the emotional labor that comes with it. On this Labor Day I would love to encourage you to support, Jade, her daughter, and her work. If you can’t help out now, please follow her on social media and keep a look out for ways to support in the future. Payment details below. Thank you for showing up. 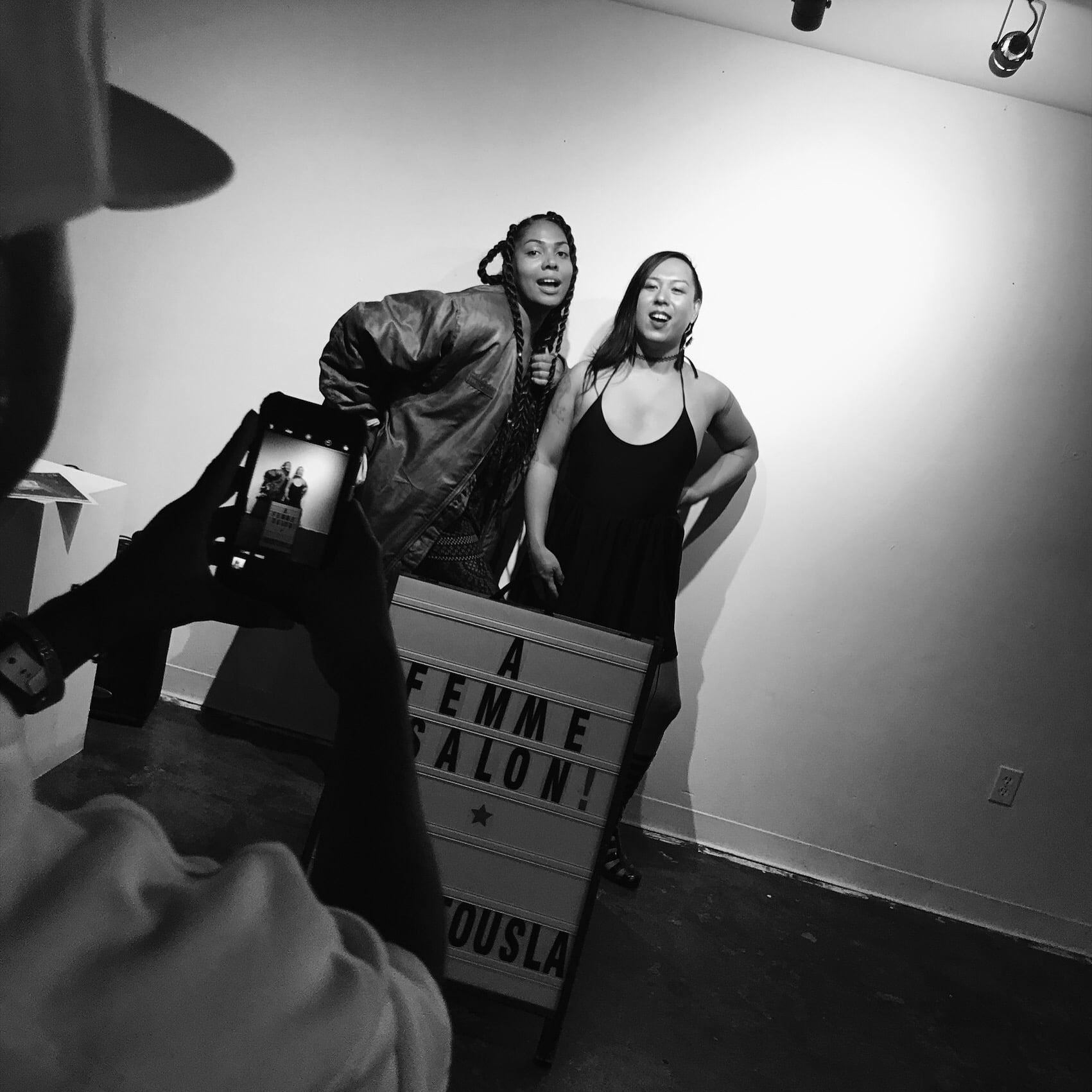 ON VIEW IN THE GALLERY 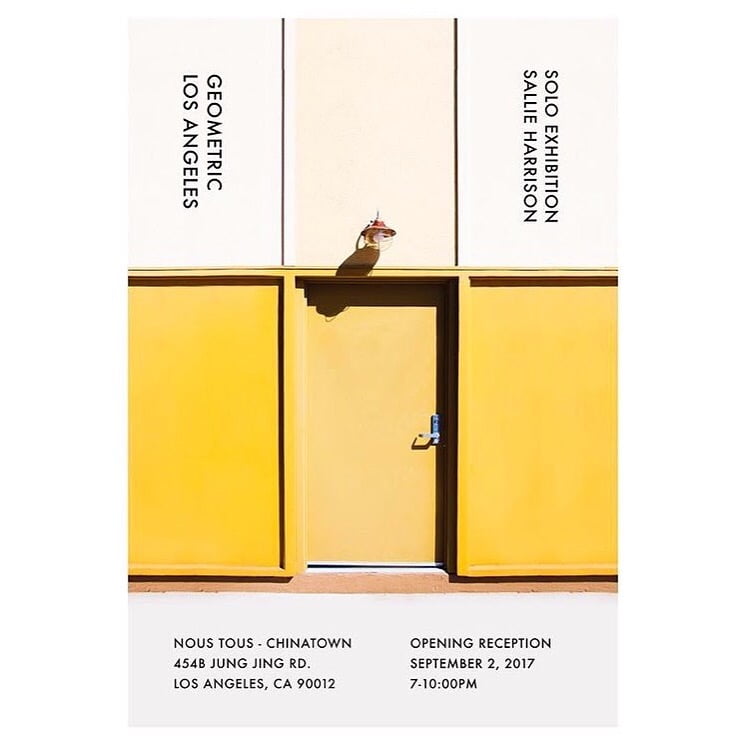 To join the Nous Tous Fundraiser