Pro Music Rights (“PMR”), one of the world’s largest music licensing companies, is pleased to announce that it has granted the well-known video service TikTok a license that will allow its users to create videos that include music from Pro Music Rights’ extensive repertoire.

The agreement will enable TikTok to offer PMR’s more than 2,500,000 works to its users. Jake P. Noch, CEO of Pro Music Rights, said that he is pleased to enter into the relationship with TikTok. “I think that TikTok is a wonderful platform and will be an outstanding online venue to expand the audience for our music, since it is routinely used by millions all over the world.”

Today, Chicago’s turn-up king Famous Dex releases a new single and music video for his song “What I Like” off of his forthcoming sophomore album. For the single, Dex also taps fellow multi-platinum recording artists Tyga and Rich The Kid — adding layers to the already vibrant track. Rich The Kid provides the infectious hook and Tyga laces the beat with his trademarked flow, making you subconsciously bounce in your seat. On the opposite side of the sonic spectrum from his first single off of the album, “Proofread” ft. Wiz Khalifa which took a more melodic approach, Dex returns back to his signature sound with “What I Like.”

Famous Dex returns with his new single “Proofread” featuring rap superstar Wiz Khalifa. The record finds Dex leaning towards a more refreshing and melodic sound, as compared to his usual high energy up-tempo music, making Wiz Khalifa the perfect match for the single.
“Proofread” marks the first official release since Dex Meets Dexter, Dex’s debut album released last year that landed at #12 on the Billboard Hot 200. Since the release, songs off the album such as “Japan” and “Pick It Up” have both gone 2x platinum with over 350+ million collective streams to date earning Dex the stamp of a certified hitmaker.
As we gear up for 2020, “Proofread” is only a taste of what’s to come with the upcoming release of Dex’s sophomore album at the top of next year

Today, Rich Forever Music releases the compilation album Rich Forever 4 with Rich The Kid, Famous Dex, and Jay Critch. The Rich Forever Music label, founded by Rich The Kid in 2016, is home to a diverse and talented roster: multi-platinum Chicago phenom Famous Dex, rising New York star Jay Critch, as well as new signees North Carolina trio The 83 Babies, Atlanta rapper Yung Bino, and Houston songstress Airi who all make appearances on the project. With this being the fourth installment of the “Rich Forever” compilation albums, the growth of each rapper is evident as their careers continue to skyrocket and make their stamp as some of the most influential artists of their generation. Tapping into the unique flows that Rich, Dex, and Critch each bring to the table, Rich Forever 4 binds the artists together making for a highly anticipated and sonically cohesive album featuring the debut single “Party Bus” and the hit “Flex Up” with A$AP Ferg.

Rich continues to lead the way as a young CEO as well as one of the most sought after artists in the game. This year his own album The World is Yours 2 yielded the platinum hit single “Splashin” and millions of views with videos. His recent hit collaborations with Blueface (“Daddy”) and Roddy Rich (“Go Up”) show that Rich always has his ear for what and who is next up. His vision for Rich Forever Music has come to fruition as a lasting brand that has mastered the recipe for success and empowering new artists.

Famous Dex just dropped his new music video with rising ATL rapper Lil Gotit, “Fully Loaded.” This past November, he released his collaborative single, “Nervous” featuring hip-hop heavy weights, Rich the Kid, and Jay Critch. Dex is known for his smash hit records, “Pick It Up” and “Japan,” both of records have gone platinum in the U.S. Appearances on the album include: A$AP Rocky, Wiz Khalifa, and Diplo.

Take a look at the “Fully Loaded” video.

Today, Bad Vibes Forever and EMPIRE launches an animated video contest for XXXTentacion’s latest single “BAD.” At 5pm PT, fans may visit his official site to choose one of seven animators to bring the music video to life. As XXXTentacion was a lifelong animation fanatic, the contest holds a special significance to the estate and his memory.

Speaking to that passion, seven animators—some of whom the artist professed his fandom for—contributed 15-second clips of which fans may view and cast votes in support of. Voting goes live on the site at 5pm PT. Watch the clips and vote now!

At the close of polling on November 19, the winner will receive $10,000 to deliver the full-length animated visual hosted on the official XXXTentacion YouTube page. Speaking to his global renown, these animators—Gabriel Chaignon, Darin Vartanian, Jay Kzapa, Anhia Santana, Ayan Issin, Dugan Warmoth, and Tristan Zammit—represent nearly every corner of the globe, ranging from Ohio to Kazakhstan.

These artists have notably worked on projects for everyone from alt-J, Wiz Khalifa, and Famous Dex to French Montana, A$AP Rocky, Waka Flocka Flame, and more. They were honored to contribute to “BAD” and X’s legacy and addressed his mysterious and metaphysical leanings by crafting dark, thought-provoking, and pure art.

You can find detailed statements from the respective artists about their clips enclosed below.

“Bad” heralds the release of his anxiously awaited first official posthumous album, SKINS—arriving Friday, December 7 via the newly erupted partnership between his own imprint Bad Vibes Forever and EMPIRE. Notably, EMPIRE—headed by Ghazi Shami—ignited the explosion of his 2017 debut 17, which bowed at #2 on the Billboard Top 200 and went RIAA platinum. Pre-order the album here and receive a free download of “BAD.”

Upon impacting Friday, “BAD” trended worldwide at #1 and scored over 40 million cumulative streams. It also ignited a flurry of internet chatter and critical praise. XXL claimed, “The brief banger is a snapshot of what we can expect from the rapper’s *Skins* album,” while HotNewHipHop enthused, “X’s syrupy vocals melt over the hypnotic drums.” Billboard highlighted the “crooning in hopes of luring the attention of his love interest.”

There’s no good without bad, or bad without good. Skins marks the next evolution of XXXTentacion and his most powerful, poetic, and personal expression yet

Be prepared for more soon!

XXXTentacion remains the voice of his generation. His second album, ?, bowed at #1 on the Billboard Top 200, went platinum, yielded 5.2 billion global streams, and achieved sales of 3.2 million global equivalent albums. Among its stacked track listing, the record boasted “SAD!” (4x-platinum), “MOONLIGHT” (2x-platinum), and “CHANGES”(2x-platinum). In 2018, the BET Hip Hop Awards crowned him “Best New Hip Hop Artist” as 17 earned “Favorite Album – Soul/R&B” at the American Music Awards. He can count Kendrick Lamar, Kanye West, Nicki Minaj, Camila Cabello, and Academy® Award winner Jamie Foxx amongst his supporters and admirers as well. His influence and impact only continue to grow.

Famous Dex kicks off the fall with his newest single, “Nervous” featuring hip-hop heavy weights, Rich the Kid, and Jay Critch. The high energy record is produced by Take A Daytrip, one of the producers for Sheck Wes’s viral “Mo Bamba” record.

“Nervous” comes shortly after the TRL premiere of Dex’s “Light” music video featuring Drax Project. Earlier this year the Chicago artist released his debut album, Dex Meets Dexter, which included the smash hit records, “Pick It Up” and “Japan,” both of records have gone platinum in the U.S. Appearances on the album include: A$AP Rocky, Wiz Khalifa, and Diplo.

Take a look at the “Nervous” video below and look out for new project from Famous Dex in 2019.

Famous Dex kicks off the fall with his newest single, “Nervous” featuring hip-hop heavy weights, Lil Baby, Rich the Kid, and Jay Critch. The high energy record is produced by Take A Daytrip, one of the producers for Sheck Wes’s viral “Mo Bamba” record.

“Nervous” comes shortly after the TRL premiere of Dex’s “Light” music video featuring Drax Project. Earlier this year the Chicago artist released his debut album, Dex Meets Dexter, which included the smash hit records, “Pick It Up” and “Japan,” both of records have gone platinum in the U.S. Appearances on the album include: A$AP Rocky, Wiz Khalifa, and Diplo. 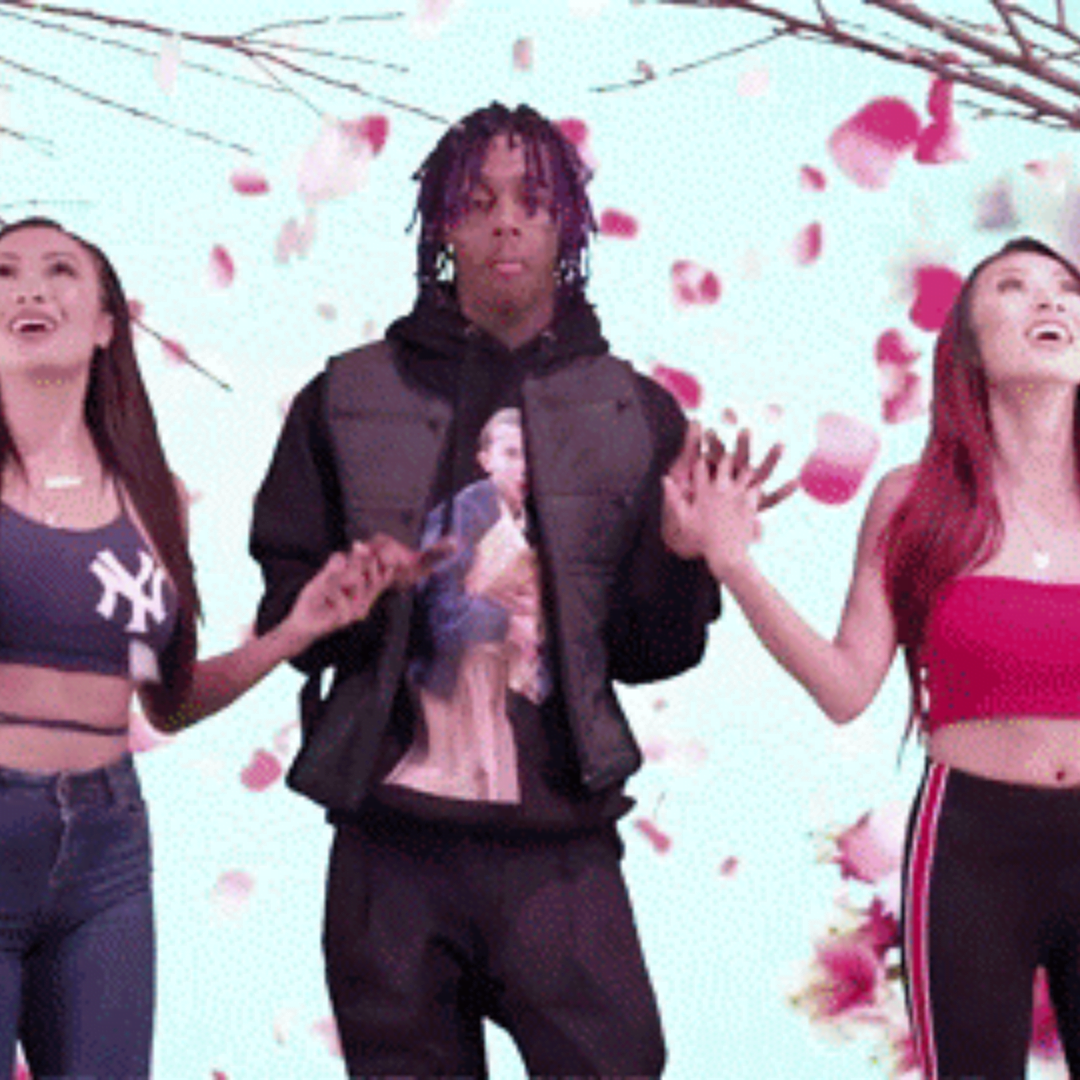 Chicago rapper, Famous Dex returns with a new single “Japan,” off his debut album, Dex Meets Dexter, which will be available everywhere April 6th.
“Japan” follows Dex’s smash hit single, “Pick It Up” featuring rap superstar, A$AP Rocky. The record has been steadily climbing the Hot 100 Billboard Charts! Fans will be happy to hear more of the energetic music Famous Dex has built his career on. It’s clear that the animated rapper is on a roll with another show stopping record and head turning visuals.
Since he splashed on the scene in 2015, Famous Dex has had the Internet talking. After signing with 300 Entertainment and Rich the Kid‘s Rich Forever label imprint, Dex released viral hits like “Drip From My Walk” and “Hit Em Wit It.” The Chicago native soon caught the attention of A$AP Ferg, appearing on two records from his latest mixtape, Still Striving. After making an incredible impression on the A$AP Mob, Dexter connected with the group’s front-man, A$AP Rocky for an unforgettable collaboration and music video, “Pick It Up.” Dex now is prepping for a tour and the much anticipated release of his debut album, Dex Meets Dexter.