“For 162 games, the Boston Red Sox have come to the ball park, put on their New Era caps giving it their best day in and day out,” said Tim Shanahan, Director of Baseball at New Era Cap. “We are excited that the Red Sox and their fans will now be able to put on their authentic New Era 2018 World Series Champions caps and celebrate their path to a World Championship season.”

The New Era 2018 World Series Champions Collection is available in the following styles:

The New Era 2018 World Series Champions Locker Room Collection is available at www.neweracap.com as well as most sporting good and headwear retailers for a retail price between $28-$40 USD.

I am thrilled to announce that LDV Hospitality and our Chef Partner Marc Forgione will be featuring American Cut onsite at the 2018 US Open as the official Steakhouse of the tournament, located at Arthur Ashe Stadium.

The restaurant will feature signature classics from American Cut’s menu, such as the OG 1942 Hotel Caesar, the Chili Lobster and the 40oz Porterhouse Steak, in addition to American cut cocktails and desserts.

Champions by American Cut is located within Arthur Ashe Stadium at the Club Level between Gate 3 and 4, and will be available to Courtside Box seat holders and Luxury Suite guests. Lodge and Promenade Subscription Series ticket holders may also purchase passes to access the restaurant for the duration of the Tournament.

A little more than a month ago, the Houston Astros delivered the first World Series Championship in team history — an emotionally uplifting victory for a city in distress.  And, yesterday, the pulse-pounding story of the Astros run to the Championship was unveiled by Major League Baseball, available on DVD and Blu-ray.  Check out the new trailer below, just released yesterday!

It’s not too late to receive review copies of THE 2017 WORLD SERIES Official Documentary from Major League Baseball and/or the 2017 WORLD SERIES COLLECTOR’S EDITION: HOUSTON ASTROS, which includes every complete unedited game of the Fall Classic.  Additionally, please let us know if you’d be interested in creating an on/offline promotion with these Major League Baseball home entertainment releases; we’ll provide you with everything necessary for a Grand Slam promo guaranteed to keep the Fall Classic excitement going throughout the holiday season!

THE OFFICIAL DOCUMENTARY FROM

Digital and DVD with Digital

Both Winning Sets from Shout! Factory and

The first championship for any franchise always delivers a satisfying celebration.  But when it happens during the recovery from a natural disaster, it generously serves as a welcome and exhilarating distraction for its fans and city.  By embodying the resilience and strength of their hometown, the Houston Astros delivered the very first World Series Championship in team history.  And, this December, fans will thrill to two ultimate home entertainment collectibles, celebrating the team’s unforgettable postseason run: the official documentary “THE 2017 WORLD SERIES”, available on two-disc Blu-ray+DVD combo pack (with digital copy)and DVD (with digital copy)  and the “2017 WORLD SERIES COLLECTOR’S EDITION: HOUSTON ASTROS”, an 8-disc collection on Blu-ray and DVD, both available on December 5, 2017, from Shout! Factory and Major League Baseball.

Under the leadership and direction of Owner & Chairman Jim Crane, General Manager Jeff Luhnow and Manager A.J. Hinch, the Astros staged one of the most successful rebuilding efforts Major League Baseball has ever seen.  And the 2017 team, personifying the resilience of their community, rewarded their fans with a riveting and fearless Postseason run through the Red Sox, Yankees, and Dodgers.  Winners of 101 games during a challenging, tremendous regular season, the team was led by Jose Altuve and bolstered by the late-season acquisition of Justin Verlander.  Meanwhile, homegrown heroes Altuve, Alex Bregman, Carlos Correa, Dallas Keuchel, Lance McCullers Jr., and Willie Mays World Series MVP George Springer made the team especially potent and exciting.  The offense smashed 27 home runs to tie the Major League record for homers hit by one team in a single Postseason, including 15 smashes in the World Series.  And when they overcame the 104-win Los Angeles Dodgers in Game 7 of the Fall Classic to capture the first World Series Championship in team history, it was the undeniable outcome for the ever-confident, nonstop-believing Astros.

Day-and-date, die-hard fans will be able relive the team’s entire World Series run with the “2017 WORLD SERIES COLLECTOR’S EDITION: HOUSTON ASTROS”,an 8-disc set that preserves every inning, every play and every gripping moment from the 2017 Fall Classic.  Home audiences will be able to relive all seven complete World Series games, as well as revel in the pennant-clinching ALCS Game 7 at Minute Maid Park.  Each disc features a SleeveStats™ insert, which contains  official stats, game trivia and more; also included are four audio options, allowing viewers to watch the games while listening to either the television broadcast, Astros or Dodgers Radio Network announcers, or a Spanish-language version of the broadcasts.

Celebrating a unique team which delivered a World Championship to a city in turmoil, both Astros World Series collectibles are #Strong, and should be treasured by Houston fans for years to come.

Your first look at Avengers, Champions, Spider-Gwen and Luke Cage!

This fall, a new day will shine on the Marvel Universe with your favorite heroes, your favorite creators…where every story is an event! Today, Marvel is excited to announce the following creative teams and Legacy titles: 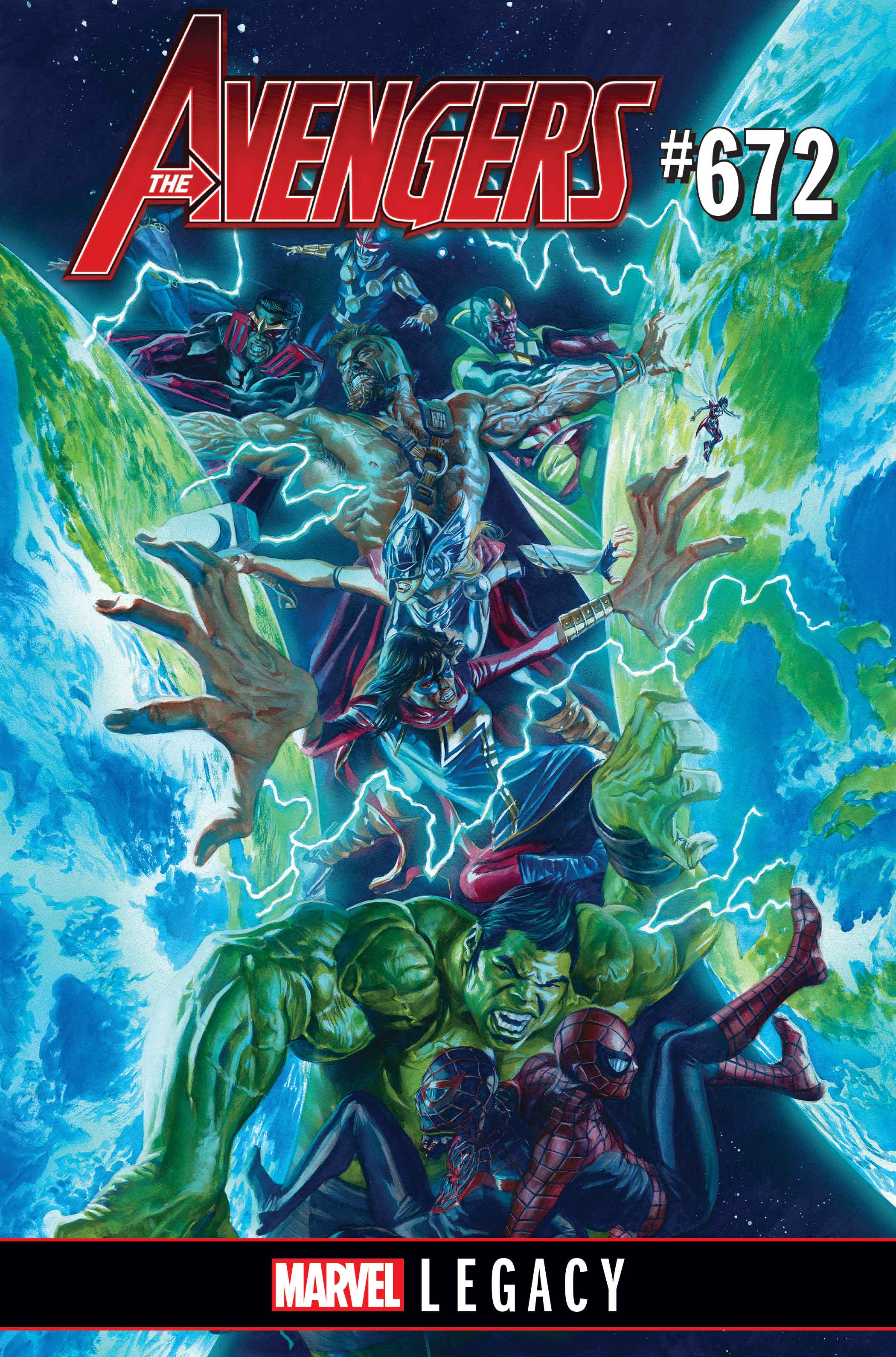 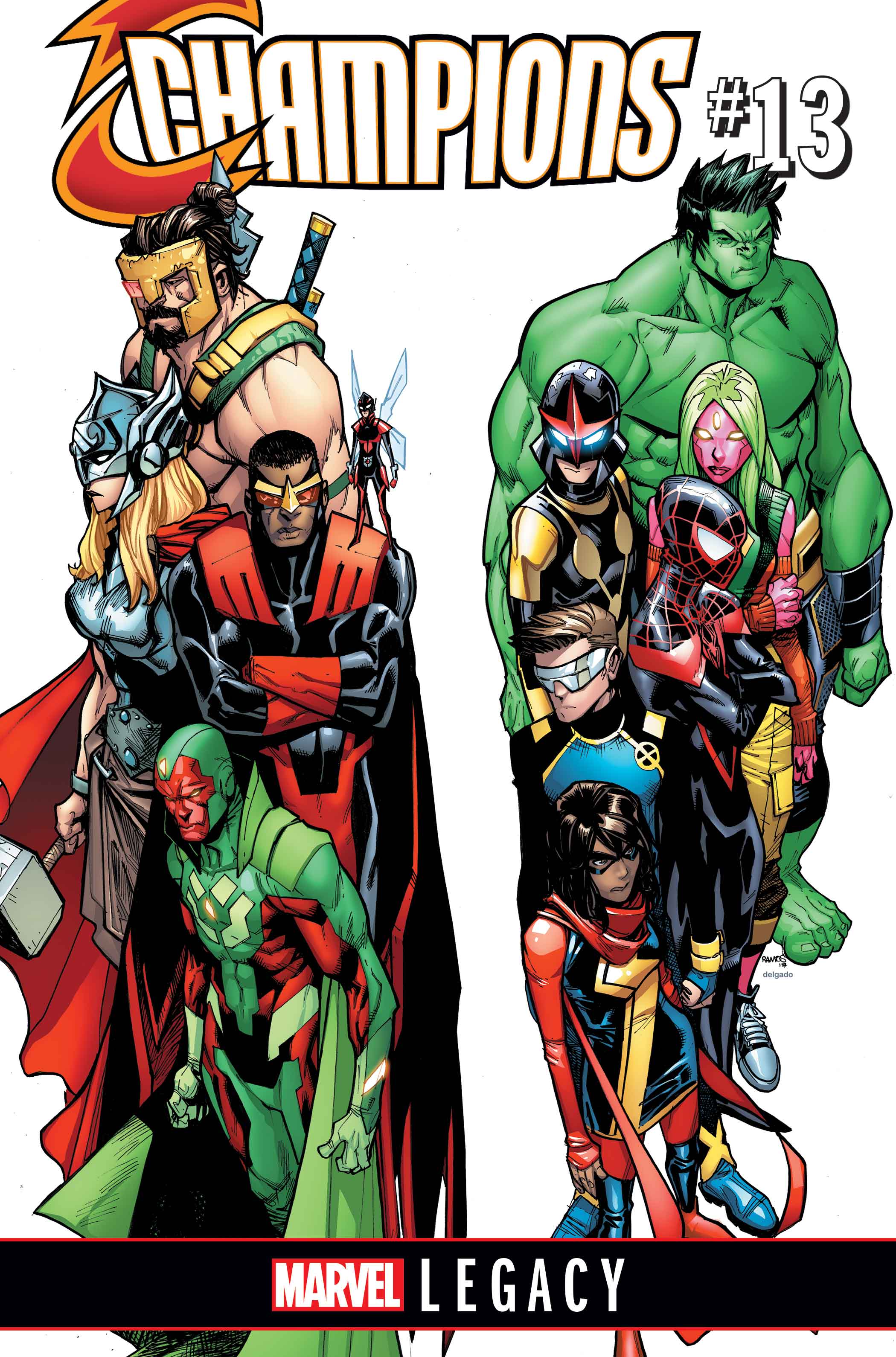 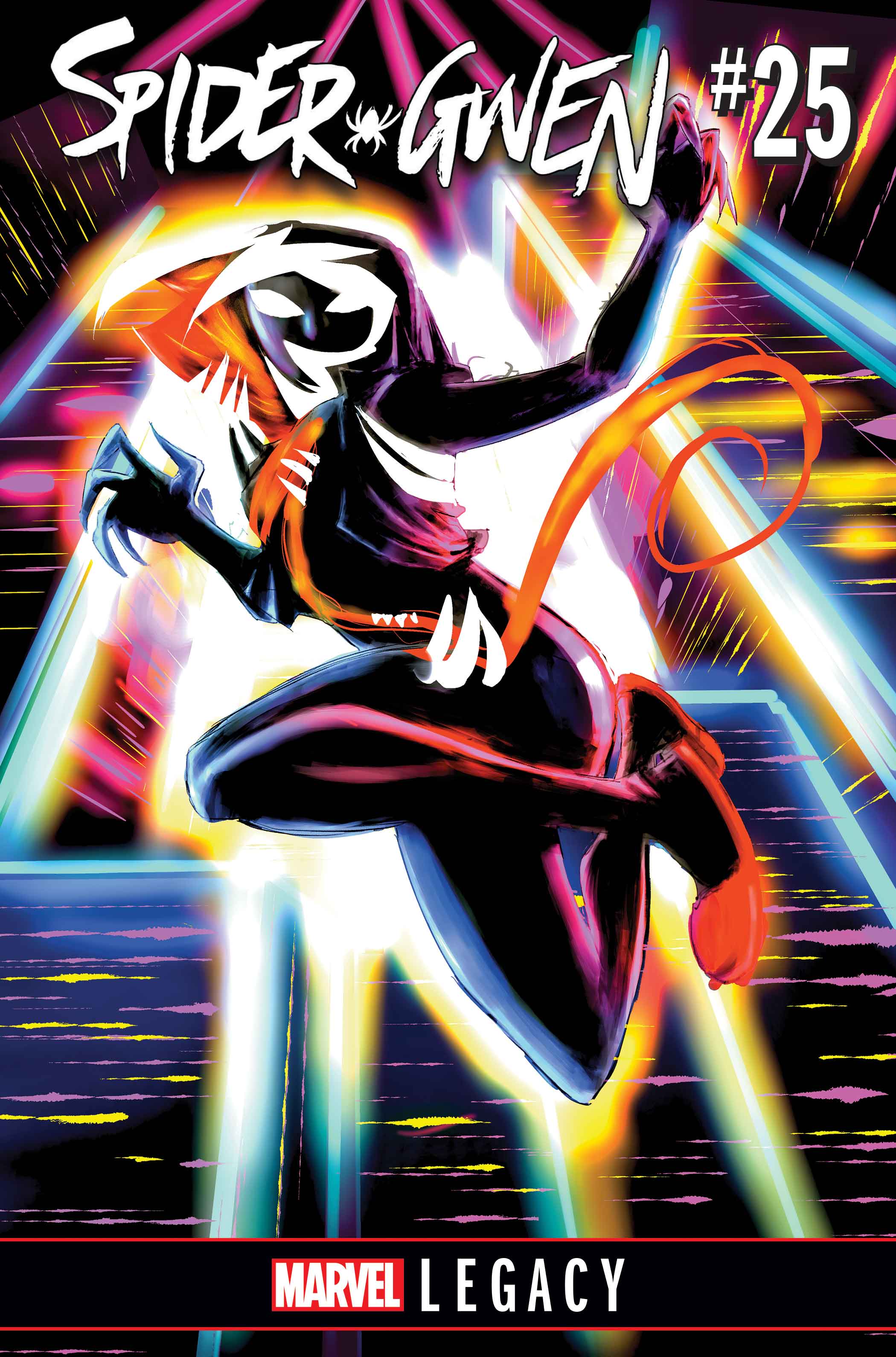 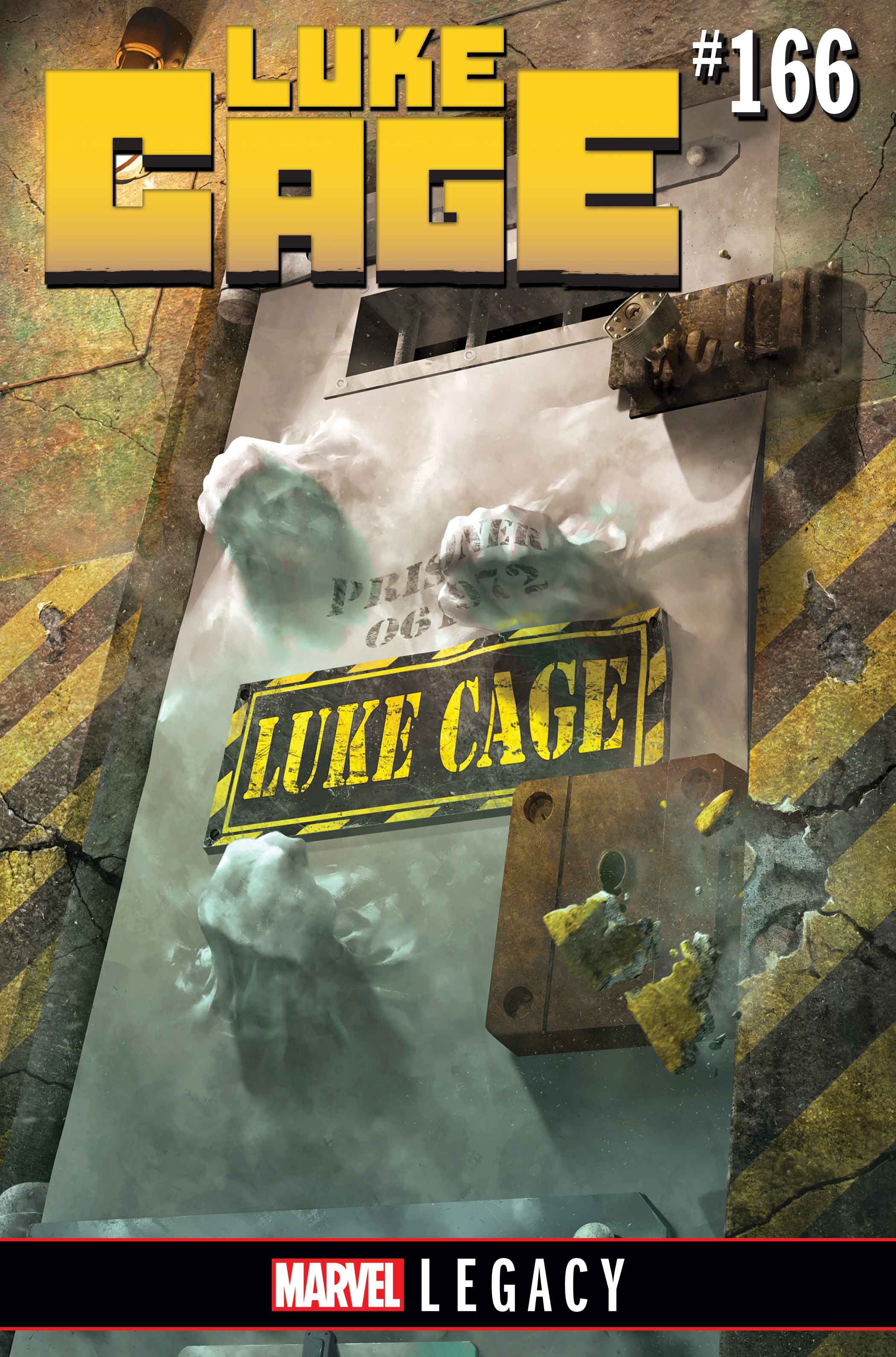 For more information on AVENGERS, CHAMPIONS, SPIDER-GWEN and LUKE CAGE, including interviews with their creators, visit Newsarama.com.

Expect announcements daily! And be prepared to MAKE MINE MARVEL with MARVEL LEGACY this fall!