As the community opened earlier this month, the staff of the Moab Adventure Center- the pulse point for all things adventure-related in Moab, Utah- is prepared with newly instituted pandemic-prevention protocols to serve visitors.

As of May 1, 2020, the Southeast Utah Health Department authorized a phased reopening of businesses. Lodging, commercial campgrounds, restaurants and activities are now available and operating within recommended guidelines. And just announced, Arches and Canyonlands National Parks are scheduled to reopen on May 29.

Moab Adventure Center is offering most of its regularly-scheduled activities along with newly added private tours. These include Hummer Safari outings for up to nine people; private canyoneering adventures, exclusive Arches National Park morning tours and private stand-up paddleboarding (SUP) lessons for up to six people; and private Moab rock climbing outings for up to four people.

These programs, assisted by dedicated staff and guides, adhere to new COVID-19 mitigation, operation, and safety protocols enacted to give travelers confidence and assurance. Protocols include cleaning of equipment and vehicles; daily staff and guest health screenings and regulations around food preparation and service.

Vacation-related accommodations are open with occupancy limitations and mandatory 24-hour rest periods between each room use. Moab restaurants are open for carry-out and will also seat a limited number of diners with appropriate spacing. Details on Moab Adventure Center’s full COVID Mitigation and Operations Plan can be found here.

“We’re offering most of our regular adventures  in addition to new private tour options for families and colleagues who self-designate as small groups for multi-day rafting adventures and full- and half-day programs,” said Cort Wright, General Manager, Moab Adventure Center. He noted that bookings for private tours of all kinds are up considerably over the same time last year.

The six tours that have been re-tweaked for private groups are;

If you’re not familiar with Wisconsin, look at a map of the state and you’ll notice a jutting peninsula (locals fondly refer to the peninsula as Wisconsin’s thumb) on the eastern flank. That’s Door County; cradled on the western flank is Sturgeon Bay and legendary Green Bay.

Summertime is crazy-busy tourist time with vacationers from around the midwest who have a multi-generational fondness for the rural county.

It’s a rural paradise where cherry orchards remain king, but today family-owned wineries have also become part of the landscape, alongside the ever popular roadside farm stands. 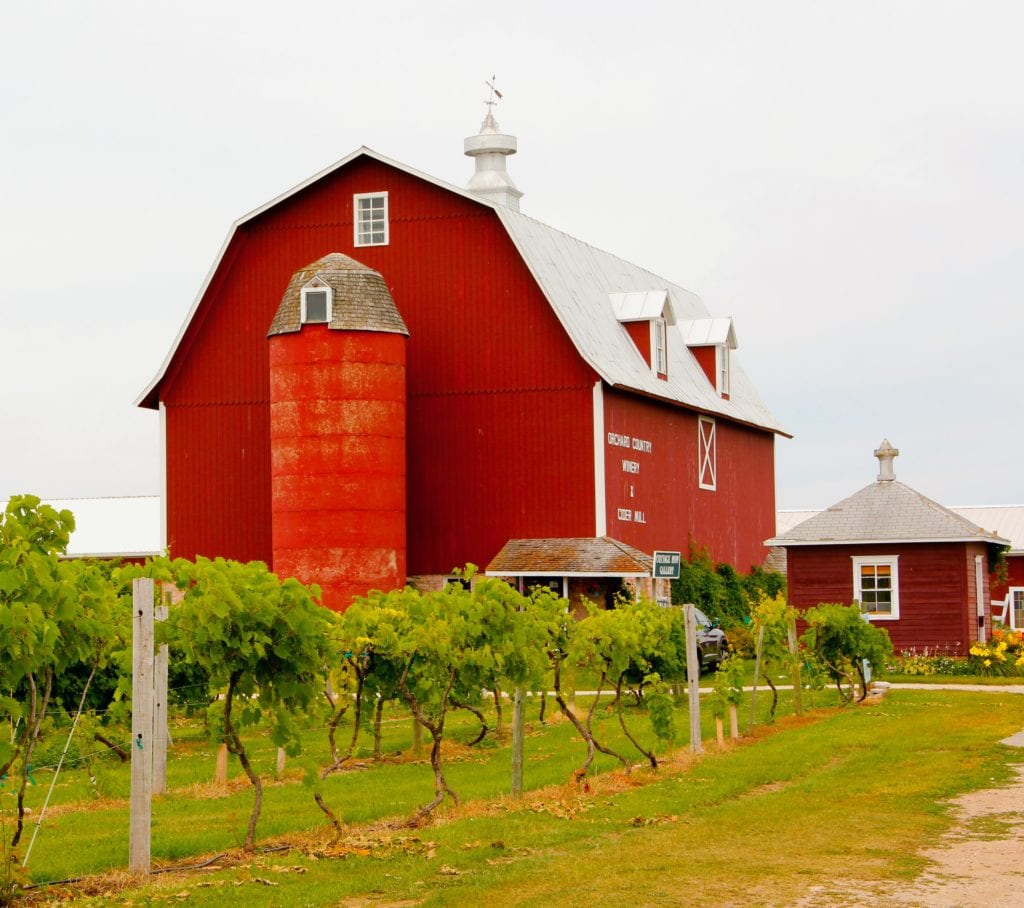 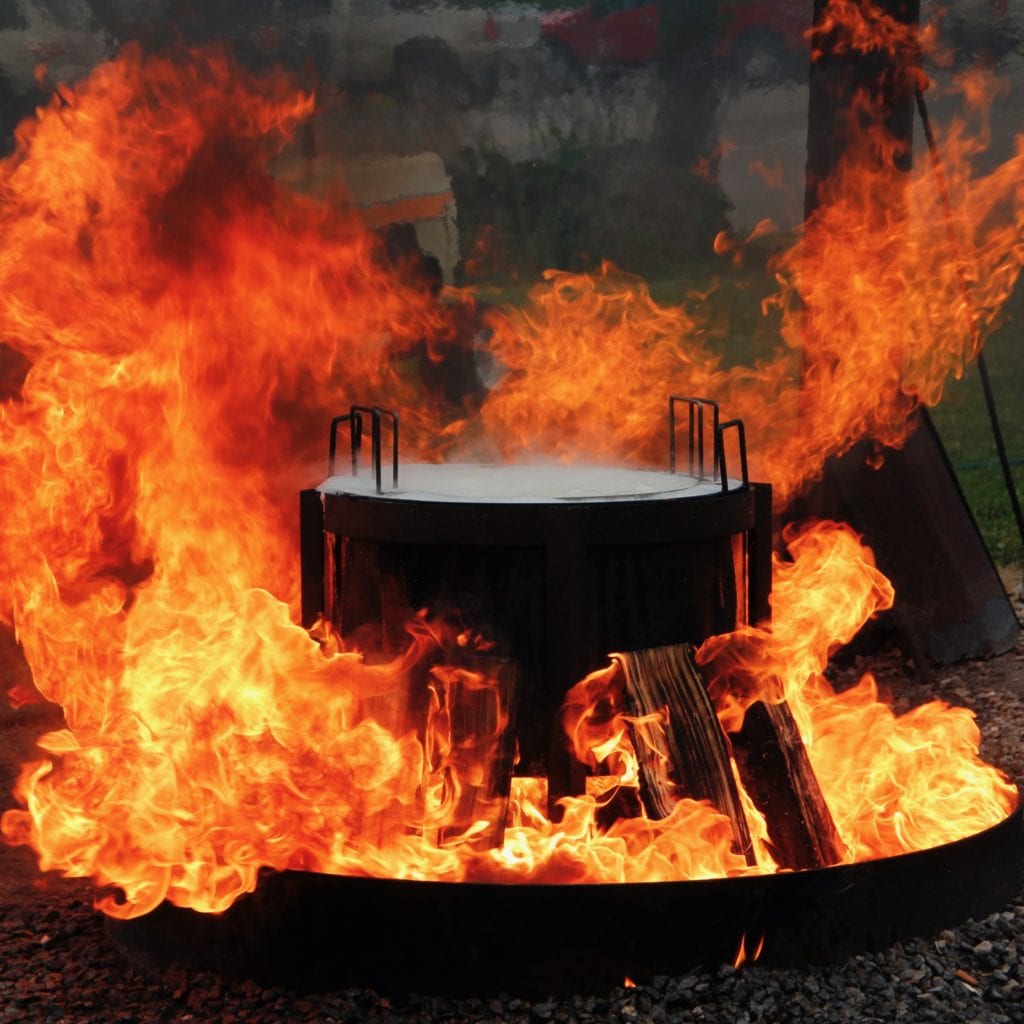 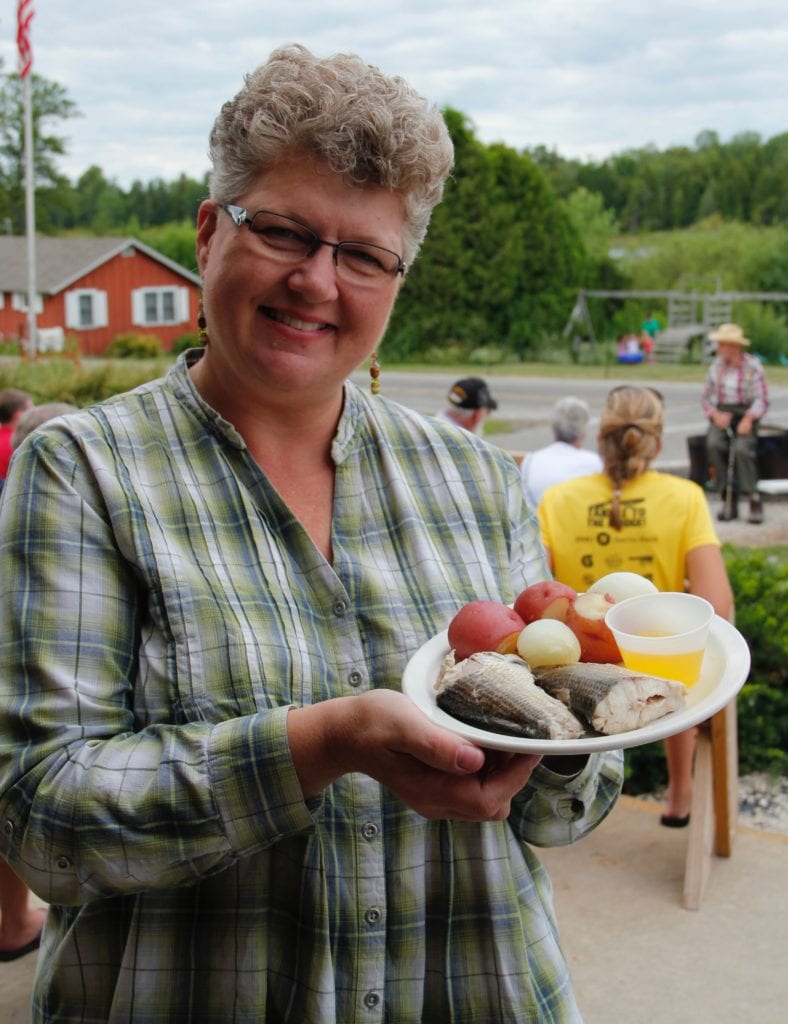 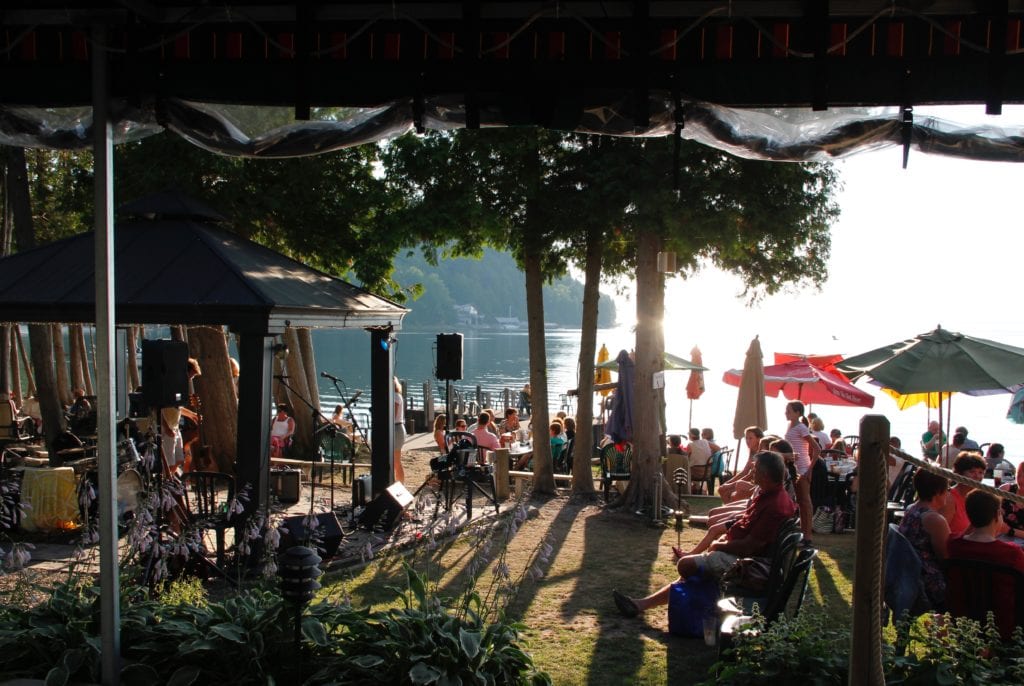 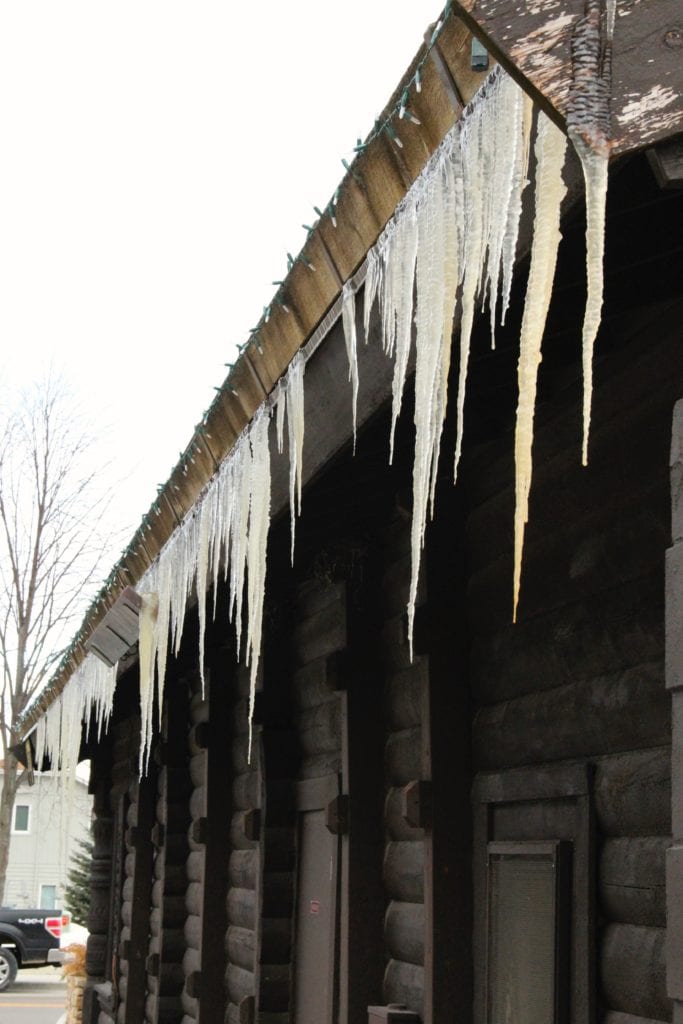 Around back–at Al Johnsons Swedish Restaurant in Sister Bay, Wisconsin. Actually they are legend for their goats who mow the restaurant’s sod-roof during the summer months–oh and they serve great food too! Photo Credit: Tom Wilmer

If you’re based in a southern state or on the West Coast you might presume that come wintertime the locals in the Northern Tier states hunker down by the fireplace until the spring thaw. 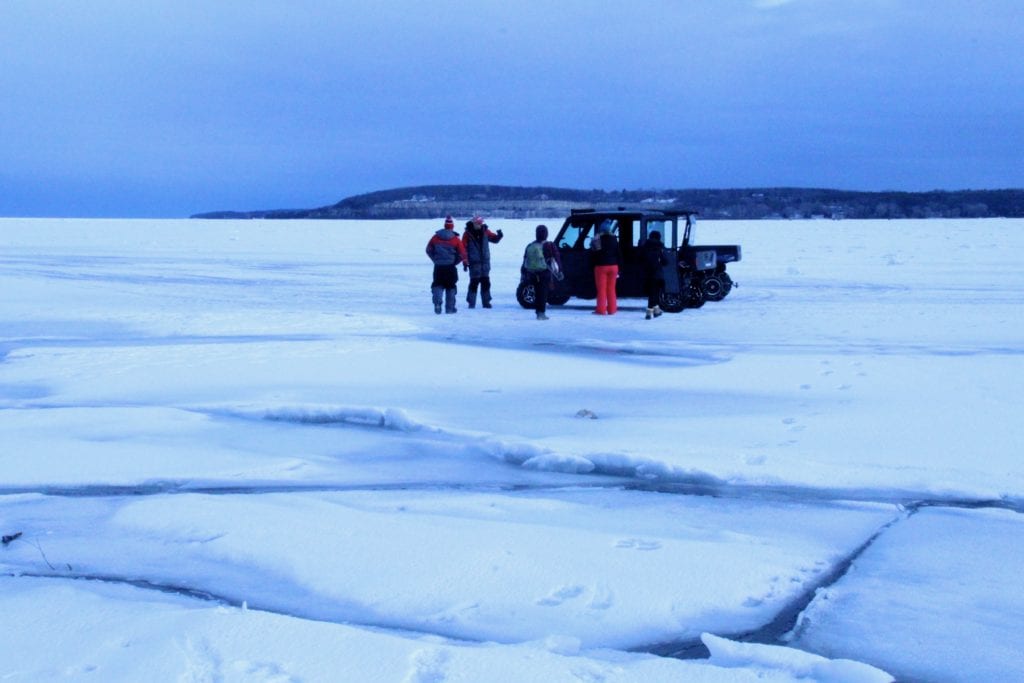 Come up for a visit in the midst of winter and you will see the locals just as busy playing and adventuring in the outdoors as they do in July or August. 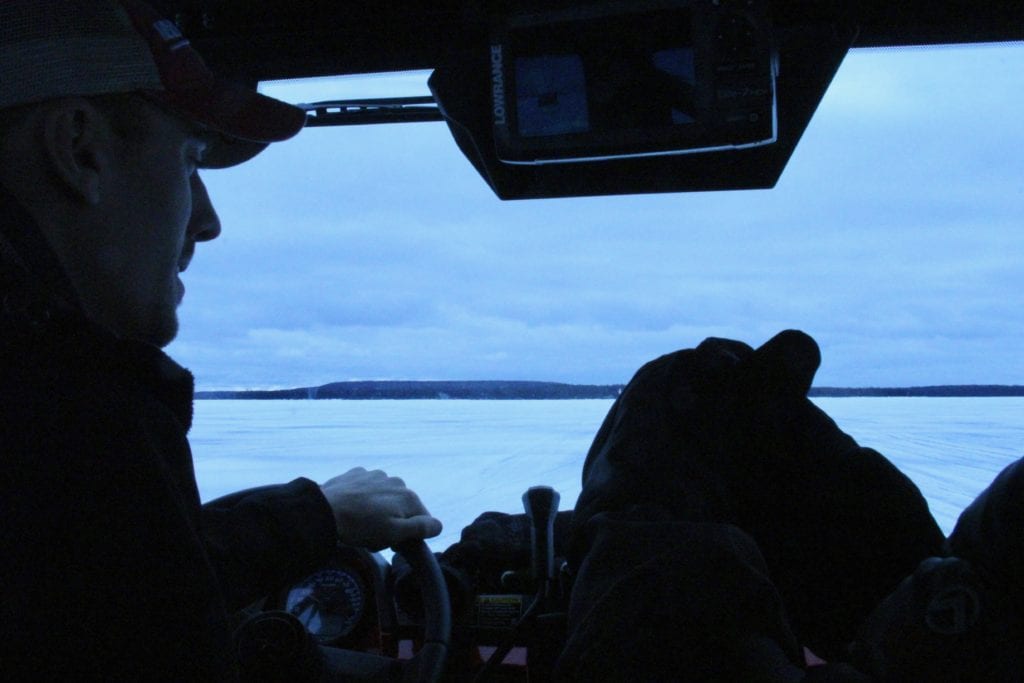 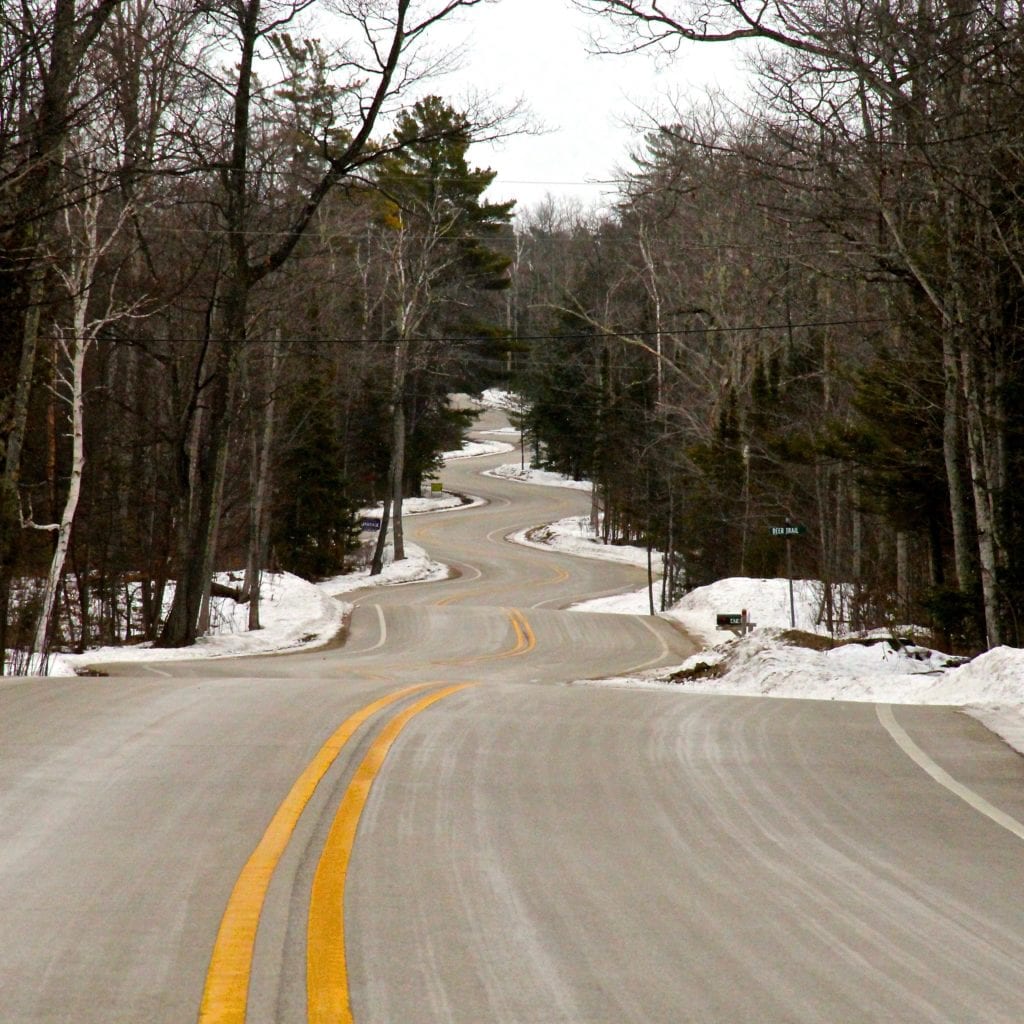 A cool mid-winter adventure takes place at the northern end of the Door Peninsula–that’s where you board the ice-breaker ferry for a ride across the straits—dubbed long ago by pioneer adventurers Deaths’ Door.

The roots of the name stem from the potentially brutal and sometimes deadly experience when early settles traveled by boat between the peninsula and ports around Lake Michigan. 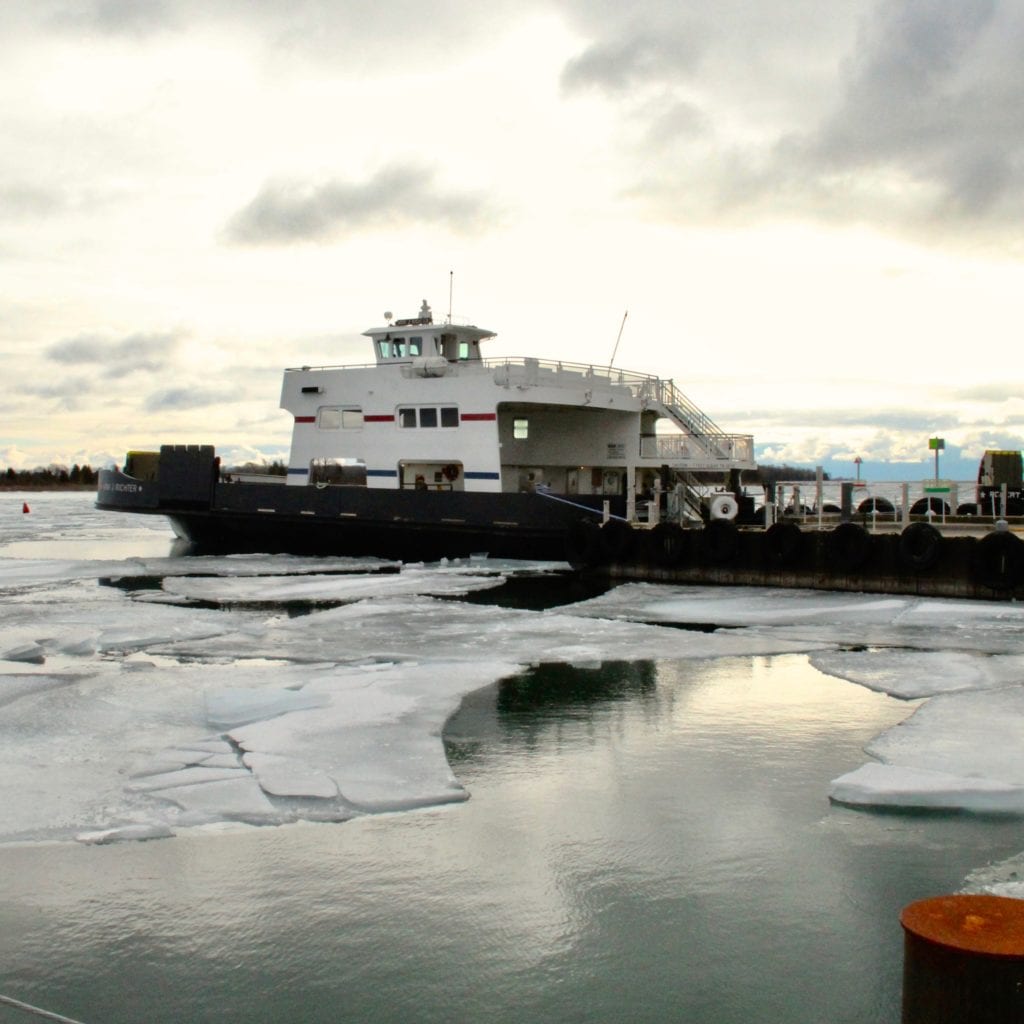 The Washington Island Ferries are equipped with hardened ice-breaking bows that carve their way across the straits skirting the fringe of Green Bay and Lake Michigan. 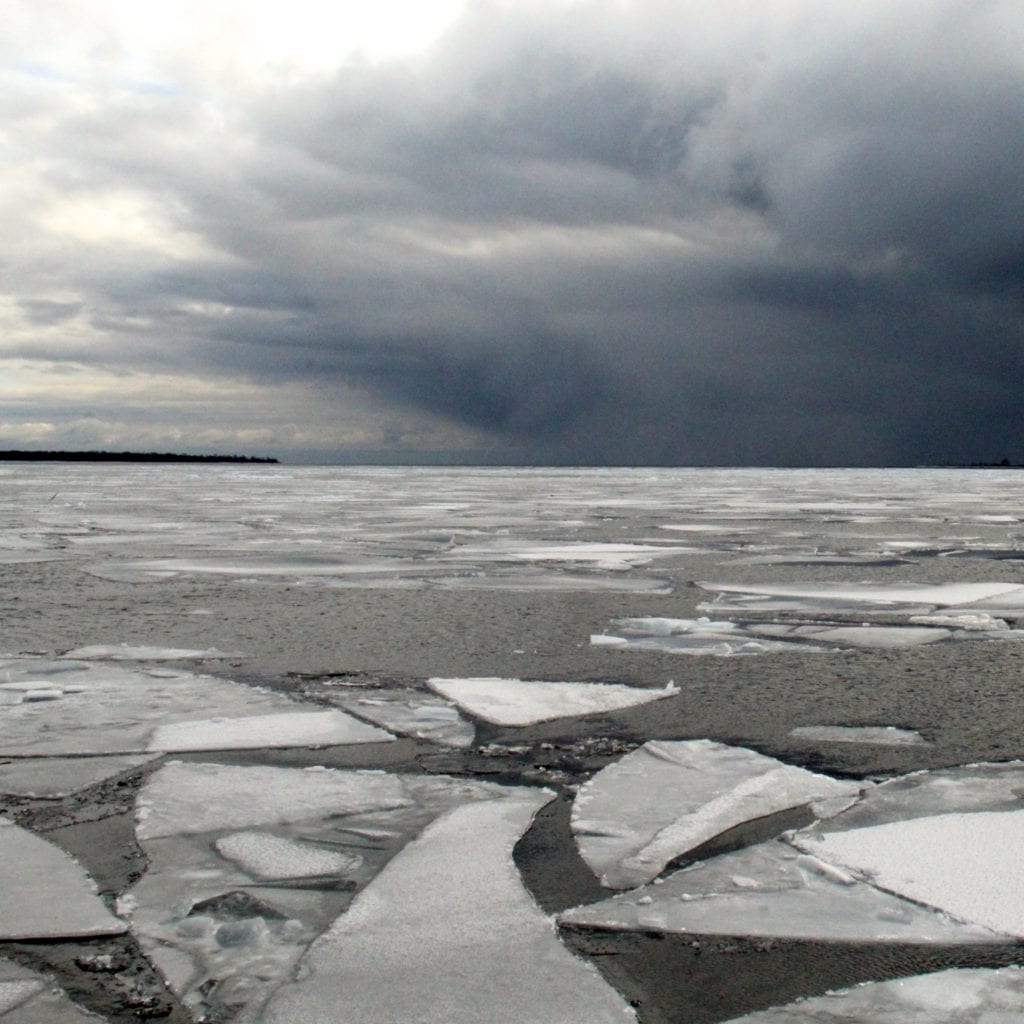 Settled long ago by Norwegian and Icelandic pioneers, Washington Island remains populated by descendants of the first homesteaders (the island today claims a large population of Icelandic descendants)–of course along with a new generation of hardy souls, many attracted specifically because of its remoteness and unspoiled natural beauty. 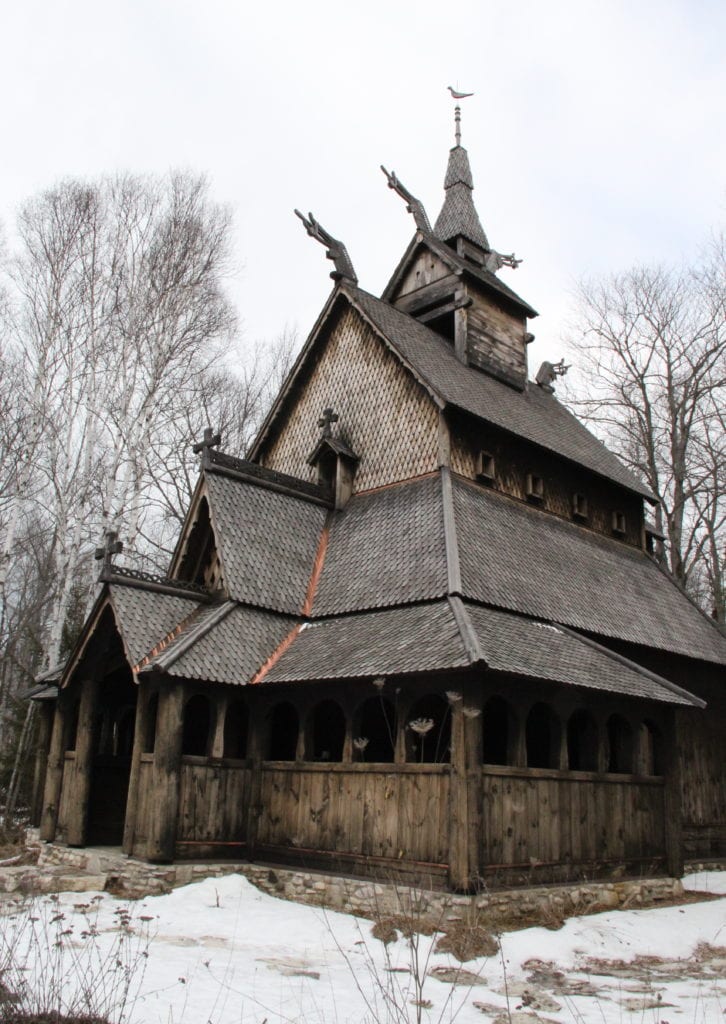 Washington Island’s revered Norwegian Stavkirke (church of Staves) is based on drawings of a church in Borglund, Norway constructed in 1150 AD. Photo Credit: Tom Wilmer

A saving grace for the island’s pristine environment is that it has experienced minimal development and claims around 700 full-time residents, swelling to more than 1,500 during the summertime.

One of the big draws is a visit to one of the island lavender farms, and lunch at one of the local diners.

In addition to the natural beauty of Washington Island, and Door County, a precious attraction is the friendliness and welcoming attitude of the locals. 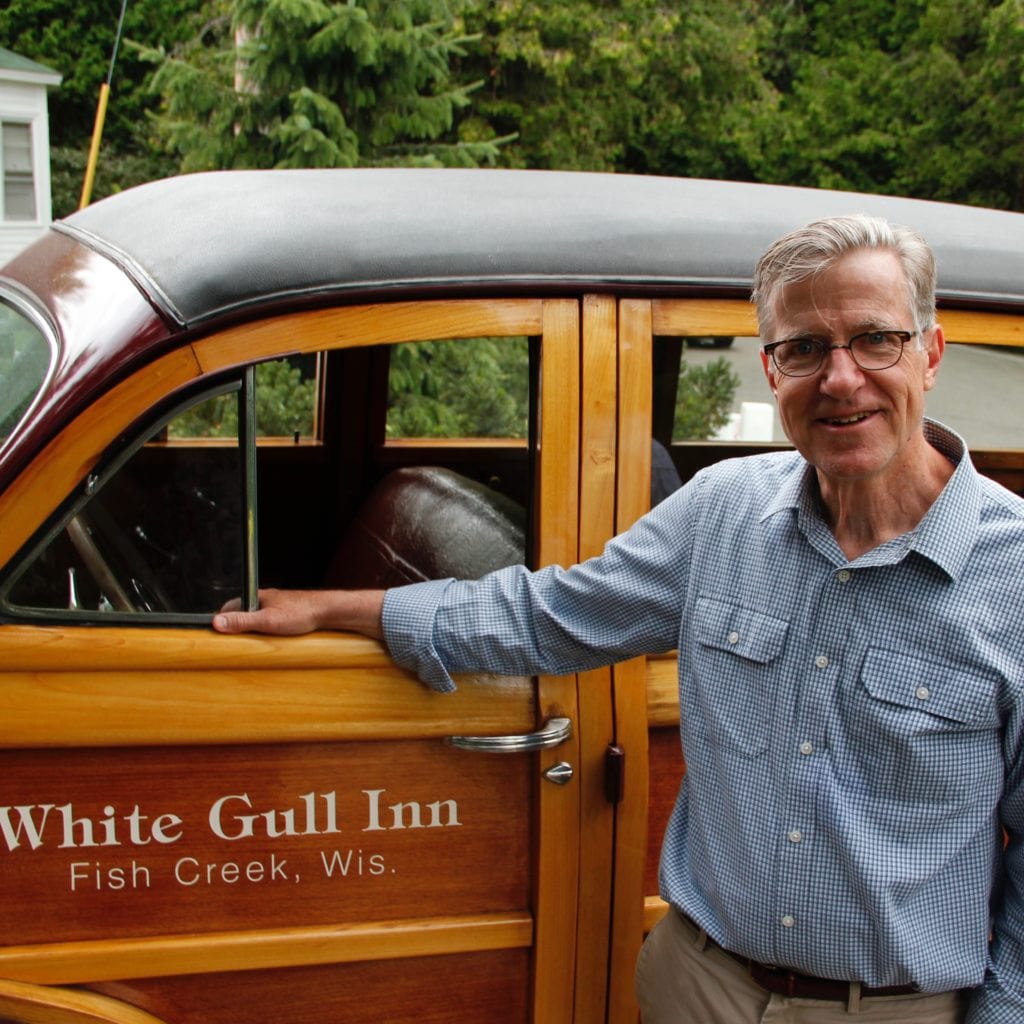 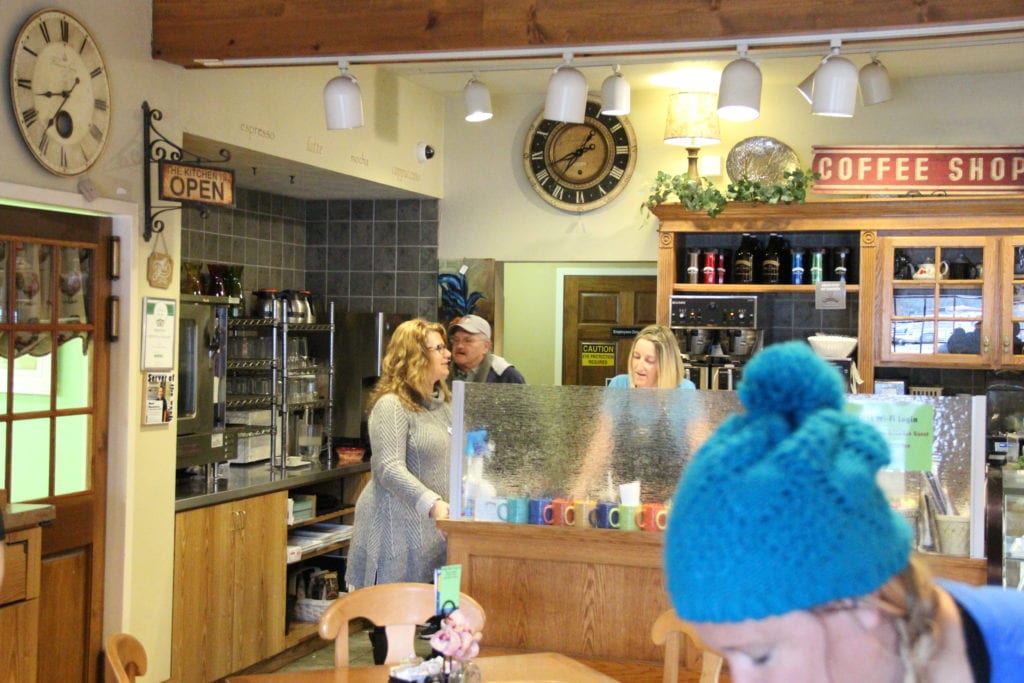 A stop at a coffee shop is an integral part of life year round on the Door Peninsula. Photo Credit: Tom Wilmer 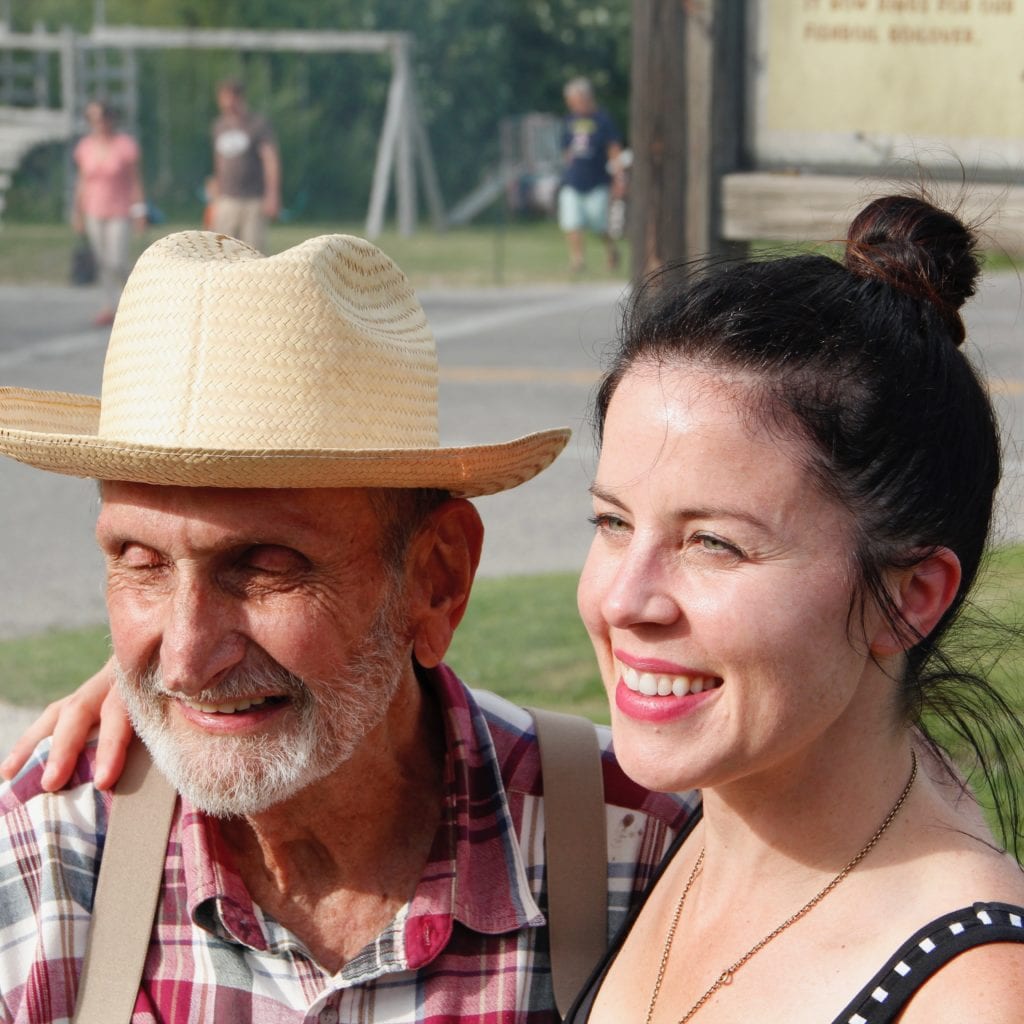 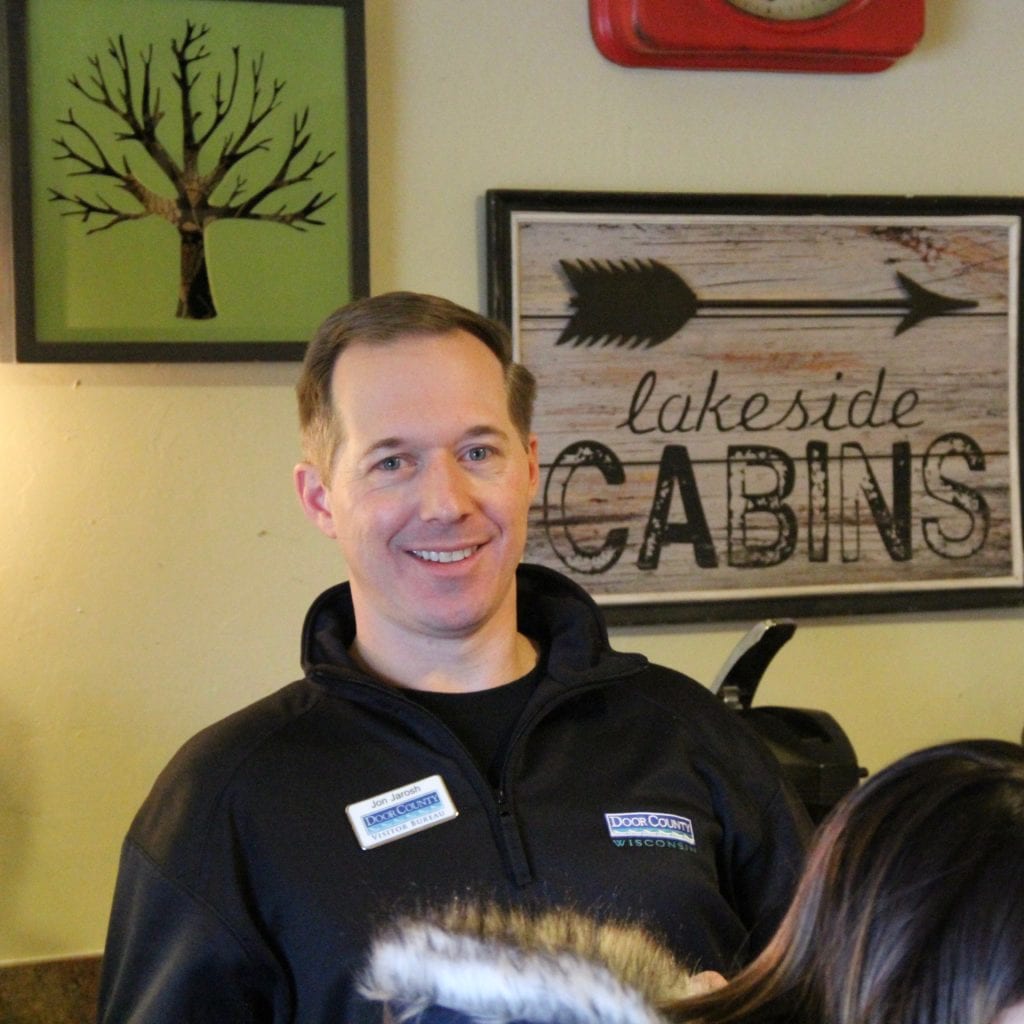 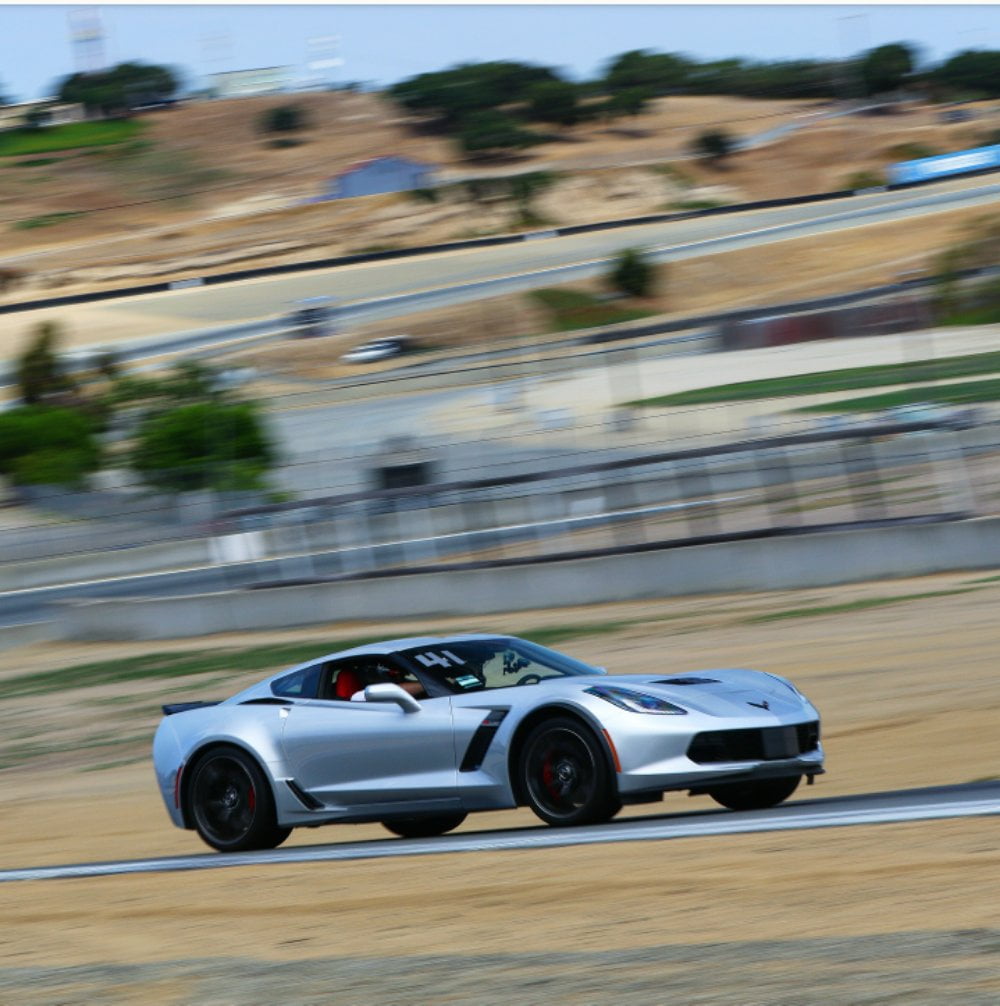 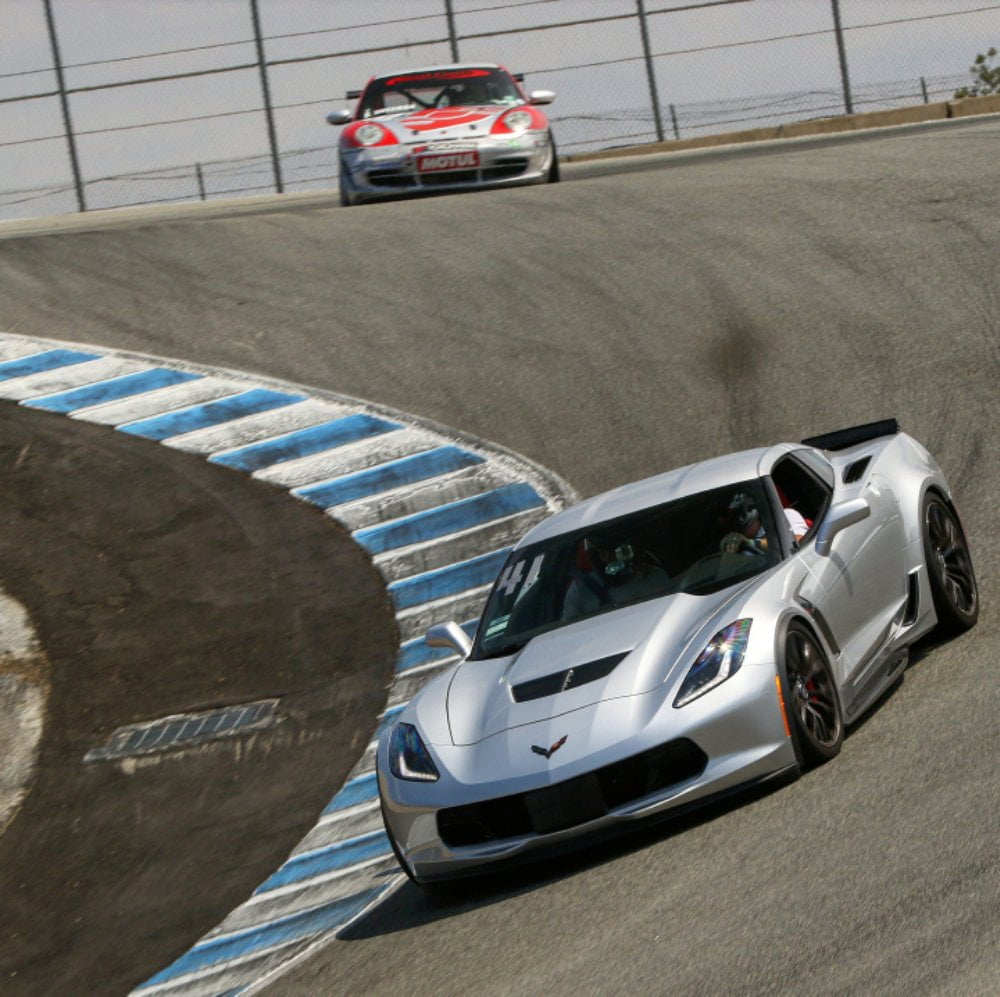 If you’re a thrill seeker or outdoor enthusiast looking for the adventure of a lifetime, you’ve come to the right place!

LifeRush Adventures offers the most action packed outdoor events guaranteed to get your blood pumping. Founded by life long adrenaline junkie and fitness guru, Jason Racca, with one goal in mind – to deliver remarkably fun and energizing experiences that fulfill the mind, body and soul.

Rush into the adventure of your life with LifeRush Adventures today! 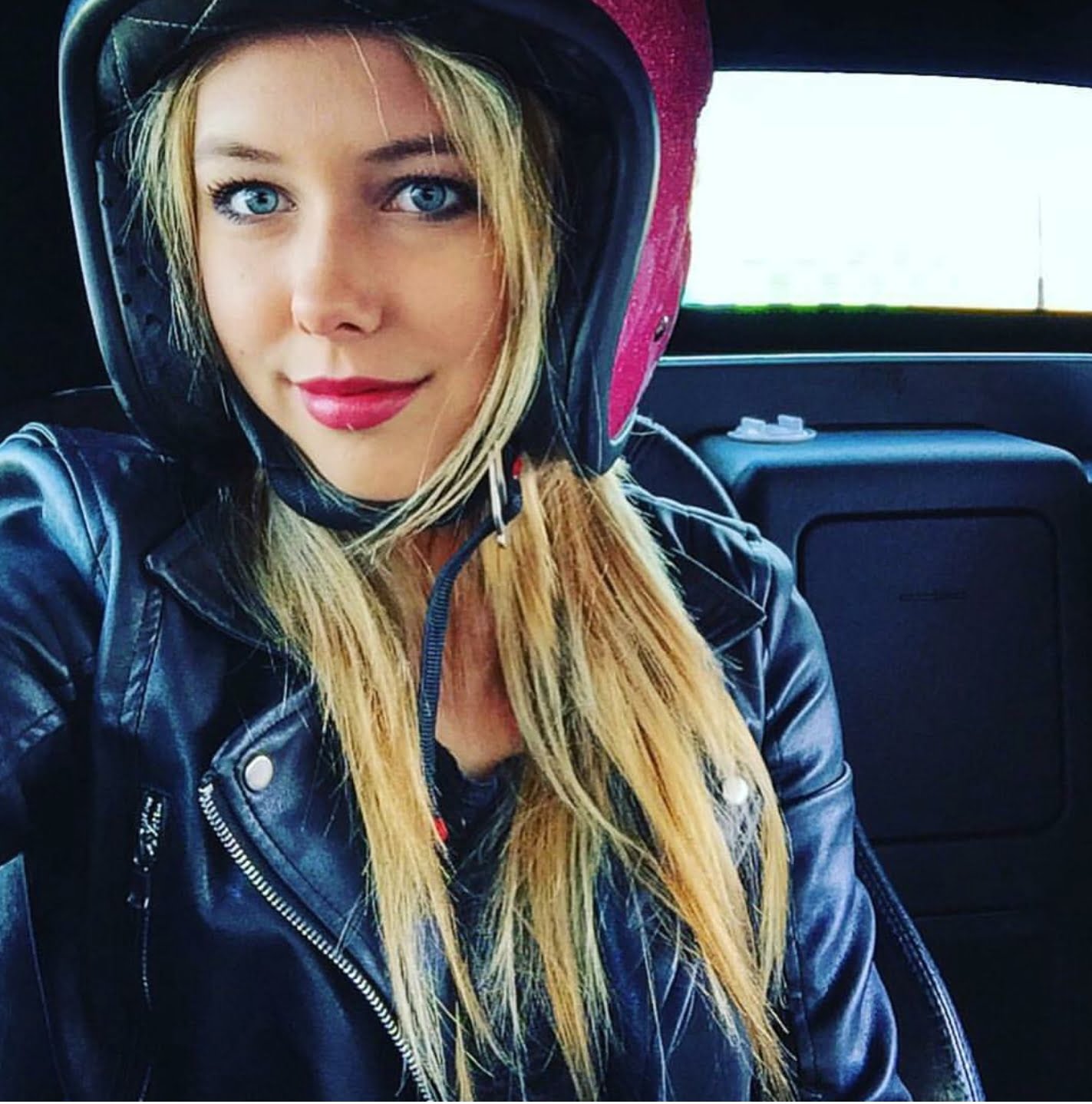 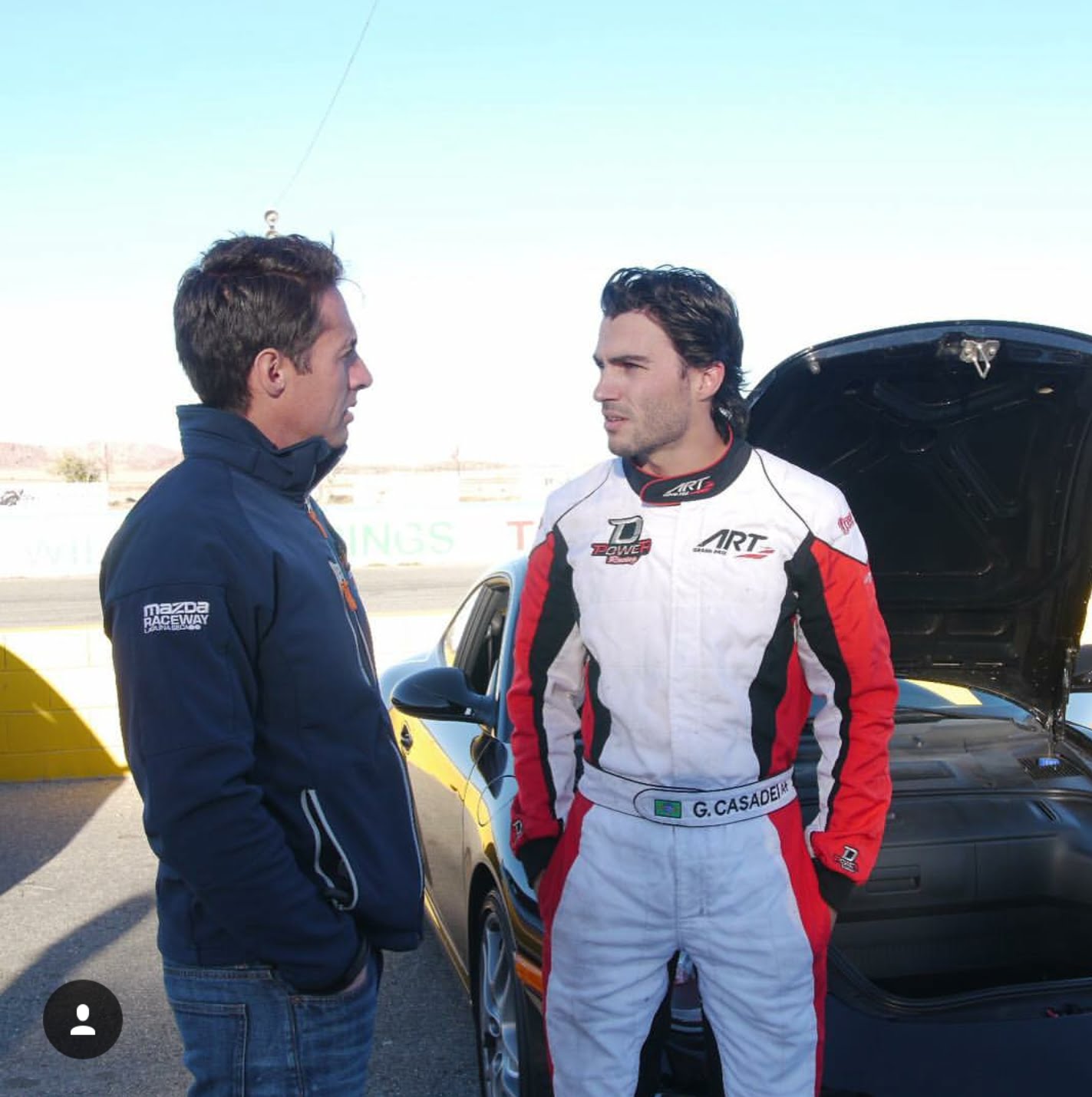