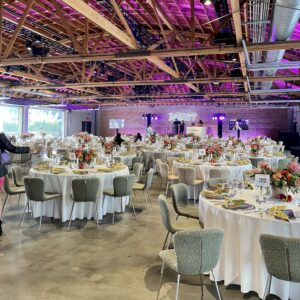 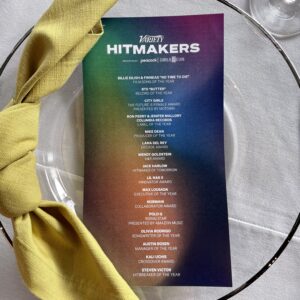 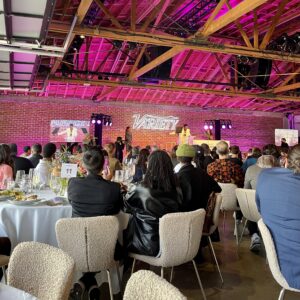 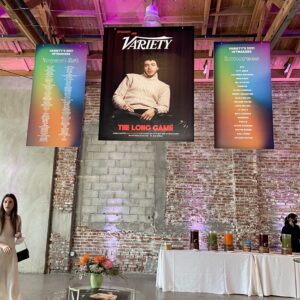 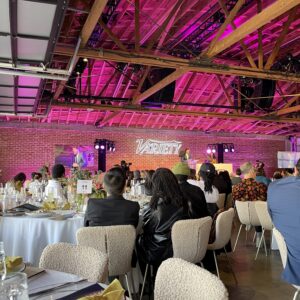 Critically acclaimed, award-winning music producer Andrew Watt took home the award for Producer of the Year at the 63rd annual Grammy Awards.  This marks the first official Grammy win for the multi-platinum selling hit-maker, who worked on some of 2020’s biggest music releases including; Ozzy Osbourne’s Ordinary Man, Miley Cyrus’ Plastic Hearts, both of which he executive-produced, Dua Lipa’s Future Nostalgia, which tonight took home the Grammy for Best Pop Vocal Album, and Post Malone’s Hollywood’s Bleeding, nominated for Album of the Year.

Watt’s work has continued to dominate the charts. He helped steer the hit “Midnight Sky” to become Miley’s 14th Top 20 US hit and Plastic Hearts to 3 consecutive weeks at #1 on the Rock Charts. And he started 2021 off with a bang with his recent work on Justin Bieber’s smash hit “Anyone,” which helped catapult the single to the top 10 of the Billboard Hot 100, making it Bieber’s 22nd career top 10 in the US.  Watt also produced Bieber’s latest release “Hold On” from his highly anticipated upcoming album Justice.

ANDREW WATT is music-industry royalty, having collaborated with a wide variety of A-list acts including Justin Bieber, Elton John, Miley Cyrus, Mick Jagger, Selena Gomez, Smokey Robinson, Bruno Mars, Sam Smith, Juice Wrld, Halsey, Nile Rodgers, Ellie Goulding, Khalid, Slash, The Chainsmokers, Blink 182, Bebe Rexha, Tom Morello, Florida Georgia Line, Duff McKagan, 5 Seconds of Summer, Taylor Hawkins and Chad Smith to name a few. The record producer, singer, songwriter and multi-instrumentalist’s production credits include Cardi B.’s groundbreaking 2019 album Invasion of Privacy, which took home the Best Rap Album Grammy Award in 2019, Shawn Mendes and Camila Cabello’s smash global hit “Senorita,” as well as Lana Del Rey’s “Doin Time,” which topped the Billboard charts at #1. His genre-transcending talent as a producer entices artists of all kinds but it is his laid-back charm that keeps them coming back – as friends, and as collaborators. His versatility as a songwriter, producer and all-around musician have made him a bona-fide hit-maker reminiscent of legends way beyond his time.

FOR YOUR CONSIDERATION ++ KANYE WEST ++ PRODUCER OF THE YEAR 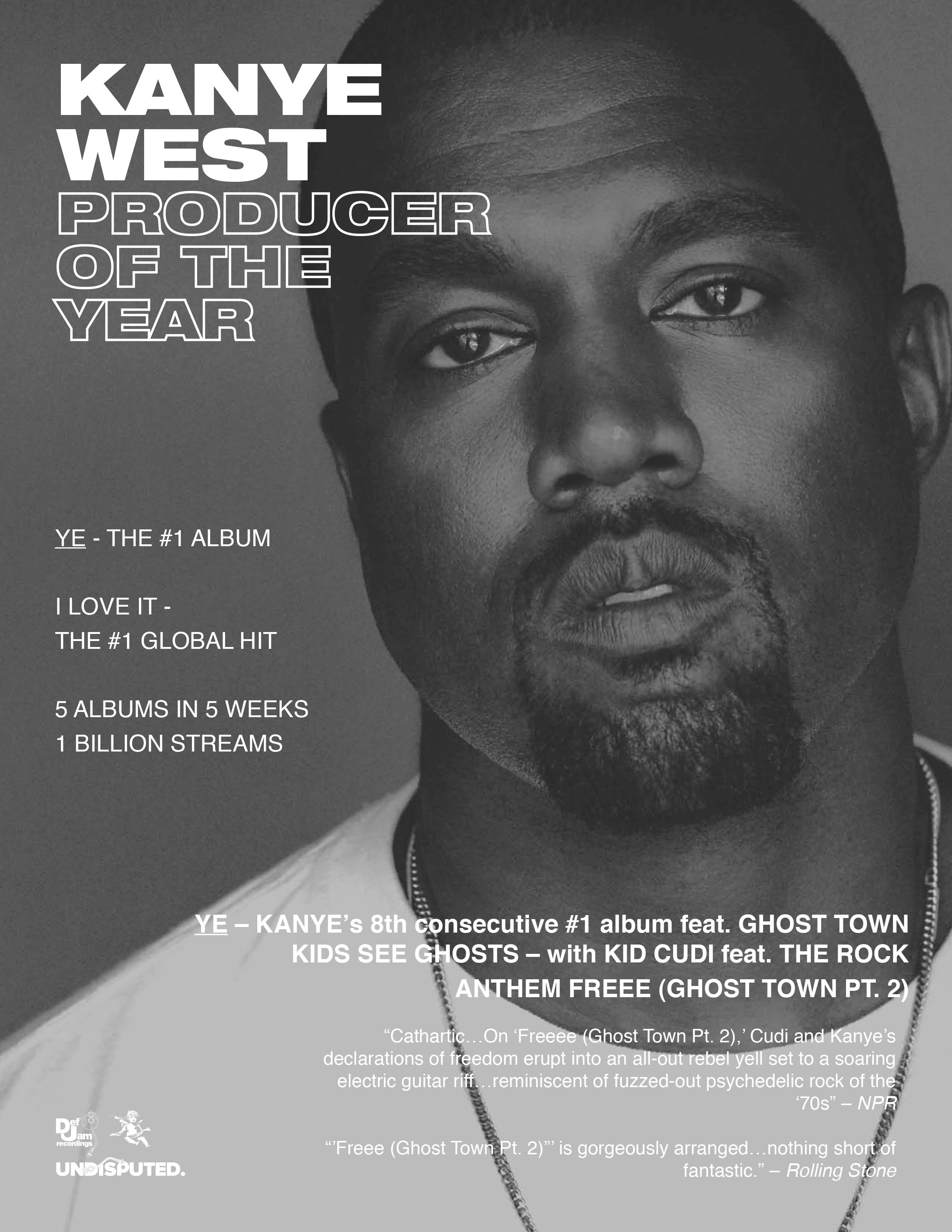