Anuel, one of the great leaders of Latin music, releases his new single Brother a song that promises to surprise the urban genre industry with its masterful fusion of Spanish, Trap, and alternative music. The song and its music video are now available on all digital platforms.

Anuel is an integral artist, composer, and successful businessman who is unquestionably one of the great references to Latin music. The singer, who has long been associated with the urban genre, now presents a new theme that combines Latin Trap, alternative music, and R&B sounds. This innovative rhythm fusion featured production from Hydemiyabi, Dim Cruz, and EQ, as well as lyrics about personal and emotional empowerment.

“Brother” debuts with its official music video, which was shot in the historic city of Madrid, Spain, by Conteni2 Media Group and directed by Anuel himself in collaboration with Tru Views.

“I am very happy with the outcome of this video; it is exciting to work as a director on my own music videos.” “I hope my fans enjoy this production and listen to this rhythm fusion that combines the best of two worlds,” Anuel said.

In addition to representing the lifestyle of a music star like Anuel, the audiovisual piece is full of bright colors, gold, European architecture, and a lot of “bling bling.”

Fresh from winning his Classic BRIT Icon Award and making a surprise appearance alongside Ed Sheeran at London’s Wembley Stadium, global superstar tenor Andrea Bocelli announces his brand new album Sì, his first recording of all-new material in 14 years, to be released on Decca/Sugar on October 26. The first single “If Only” is unveiled today, and Andrea Bocelli will perform the single on June 21 on Jimmy Kimmel Live! on ABC.

Bocellis’ humble manner belies his international status as one of the worlds’ biggest classical stars, he’s sung for Popes, Presidents and royalty, performed in many of the greatest concert halls and opera houses, and sold 80 million records. Yet his new album sees him return to his roots, with an intimate collection of songs that celebrate love, faith and family. It was recorded at his home in Italy and was produced by the legendary Bob Ezrin (Pink Floyd, Lou Reed).

“I wanted to go back to my memories of being a young man, playing at a piano bar. Obviously since then, I’ve produced lots of albums, sung lots of covers, performed many other things. But at a certain point I said to myself: Maybe the time has come to put my effort into finding new songs. Like starting all over again, as it were, in my career.”

A true international artist, Bocelli recorded his first track from the album in three languages. “If Only” was co-written by Francesco Sartori and the late Lucio Quarantotto, who helped pen one of Bocellis’ biggest hits, “Con Te Partir” (Time To Say Goodbye), which was released over 20 years ago and has become one of the best-selling singles of all time. The album also includes personal tributes to his family and reflects his spirituality.

Andrea Bocelli was born with a gift for music and has gone on to become one of the most renowned singers, performing at major international events including the Olympic Games and the World Cup, as well as his own sell-out arena shows. He has a Golden Globe, 7 Classical BRITs and 7 World Music Awards under his belt, plus a star on the Hollywood Walk of Fame.

Bocelli will be back on the road later this year, touring worldwide with major US shows including New York, Las Vegas and LAߣs Hollywood Bowl. There will also be concerts in Germany, Italy, Spain, Brazil, Canada, Ireland and the UK where fans will have the opportunity to hear Bocelliߣs new music.

Sì is an album about heart and soul, positivity and family, melody and magic. And for that reason, Bocelli chose the strong, simple title. “In this historical period we are going through right now, we too often say no. But yes is the word you say when you have your first kiss, when you agree with somebody, when want to make someone feel good. Sugar is the word you say every time things will end well. For a thousand and one reasons, sugar is the expression of a positive, powerful, human word and feeling and emotion.

And so, in his 60th birthday year, Andrea Bocelli is proud to return to where it all began. His uplifting new album Sì gives us a window into the world of this extraordinary singer and global icon. 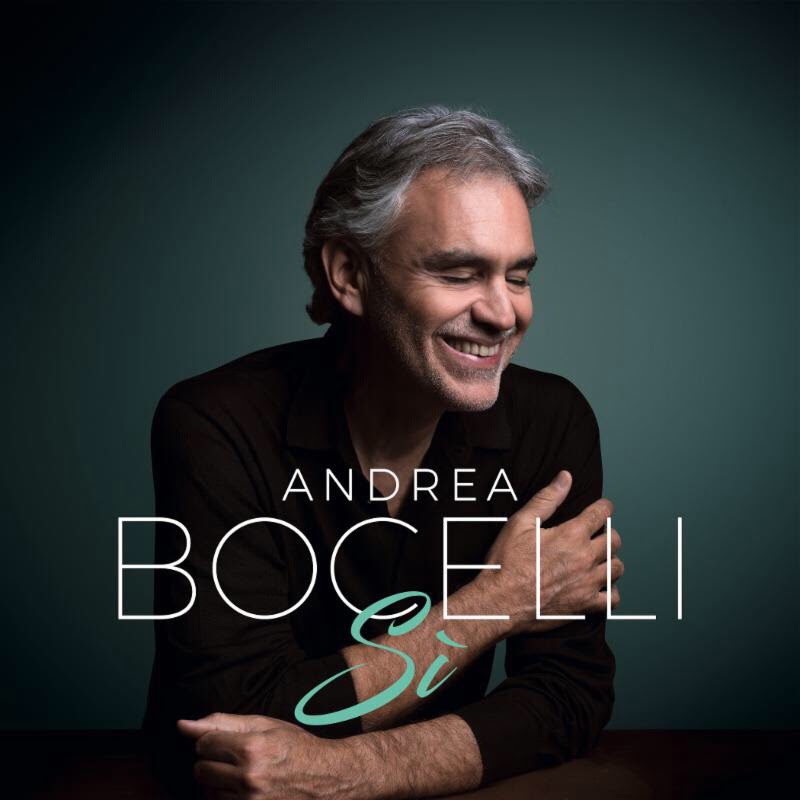 Listen to “If Only”: http://decca.lnk.to/BocelliIfOnlyPR