Philippe Labaune Gallery is pleased to present Narrative Images, an exhibition of paintings and original comic strips by French American artist Miles Hyman. This will be the debut of Miles Hyman’s paintings in New York. Informed by mid-century American realism, European symbolism, and film noir, Hyman’s recent work is a study in light, imaginative juxtapositions, and a record of personal geography. Accompanying his paintings will be a selection of original comic strip drawings from graphic novel adaptations of Hyman’s grandmother Shirley Jackson’s The Lottery, James Ellroy’s The Black Dahlia, among others. Narrative Images will be on view from May 13 – June 26, 2021 with an opening reception on May 13 from 11 am to 9 pm.

The exhibition presents two painting series, Crash and East Coast Light. In the ongoing painting series, Crash, Hyman creates imaginative dichotomies of figure and landscape. An elusive, potentially quixotic relationship forms between female characters seemingly unfixed in time, with similarly enigmatic vehicle wreckage behind them. The characters at times appear to be plucked from other worlds, while others seemingly have a more direct tie to the dramatic scene appearing over their shoulder.

Within East Coast Light, a suite of paintings depicts fictional characters at various locations throughout New York City. The subject matter highlights the importance the city has to Miles Hyman, a locus steeped with childhood and adolescent memories, and a source of development for him as an artist. To this day, the historical resonance and constantly evolving landscape, coupled with a quality of light unique to metropolises, continues to provide a wellspring of inspiration for the artist.

Accompanying Hyman’s paintings will be original charcoal drawings from several of his graphic novels, most notably The Lottery. In 2016, Hyman released the graphic novel adaption to his grandmother Shirley Jackson’s critically acclaimed 1948 short story. In what Hyman aptly termed “a feat of inter-disciplinary acrobatics,” he had the overwhelming task to create a visual expression from words on a page and to keep the novel’s nuances and the secrets intact for the reader. Hyman viewed the undertaking as a way to rediscover one of Jackson’s greatest works and allowed him “to affirm a tangible link to her life and work in a way that was both professional and deeply personal.” The ability to pair his grandmother’s word with his drawing is a familial pairing like no other.

Miles Hyman was born in Vermont in 1962, and currently lives and works in Paris. Hyman studied drawing and printmaking with David Schorr at Wesleyan University in Connecticut before attending Paris’ Ecole des Beaux-Arts. His works have been exhibited in museums including the Palais de Tokyo, the Glénat Foundation, Rome’s Institute of Graphic Arts and the French Musée de l’Illustration. In 2017, he was awarded the prestigious Chevalier des Arts et des Lettres from the French Ministry of Culture. Hyman’s drawings are featured by international publishers such as Simon & Schuster, Viking, Farrar Straus & Giroux, Gallimard, and Chronicle Books. His work has also appeared in The New Yorker, The New York Times, Futuropolis, and a specially commissioned project with Louis Vuitton.

About Philippe Labaune Gallery
Founded in 2021, Philippe Labaune Gallery is devoted to championing and presenting original 20th and 21st-century comic art and illustrations by emerging and established artists from around the world. Prior to opening the eponymous gallery, Labaune curated an extensive survey of European comic art Line and Frame: A Survey of European Comic Art, at the former Danese/Corey Gallery in 2020.

The recession caused by Covid-19 has put millions of people out of work and out of income, making it harder for them to pay for their housing. As a result, a heightened importance has been placed on housing and income security in light of the pandemic by the United States government.

The U.S. Department of Housing and Urban Development has temporarily halted evictions and closures to help ensure housing for families and individuals. These moratoriums are a part of the CARES Act passed on March 27, including 2 Trillion dollars for economic relief. Most of these exceptions truly are temporary, however, and will be lifted when the pandemic is further under control.

Individual states are undertaking efforts to protect housing as well, and these policies can be viewed for every state in a scorecard compiled by the Eviction Lab and Professor Emily Benfer of Columbia’s Law School.

Click here for information about this housing crisis and to find out whether or not you are protected.

Comes to Theaters on May 22

This true story features Jerry Schemmel, a Major League Baseball sports announcer and survivor of the United DC-10 crash of 1989 (Sioux City, Iowa); and Brad Cooper, USA Triathlon All-American, 11-time Ironman finisher and co-founder / CEO of US Corporate Wellness/Catalyst Coaching Institute, as they fulfil their dreams to compete in the world’s most grueling and demanding bicycle race. The trek chronicles the two endurance athletes through 12 states — from the Pacific to the Atlantic Oceans. 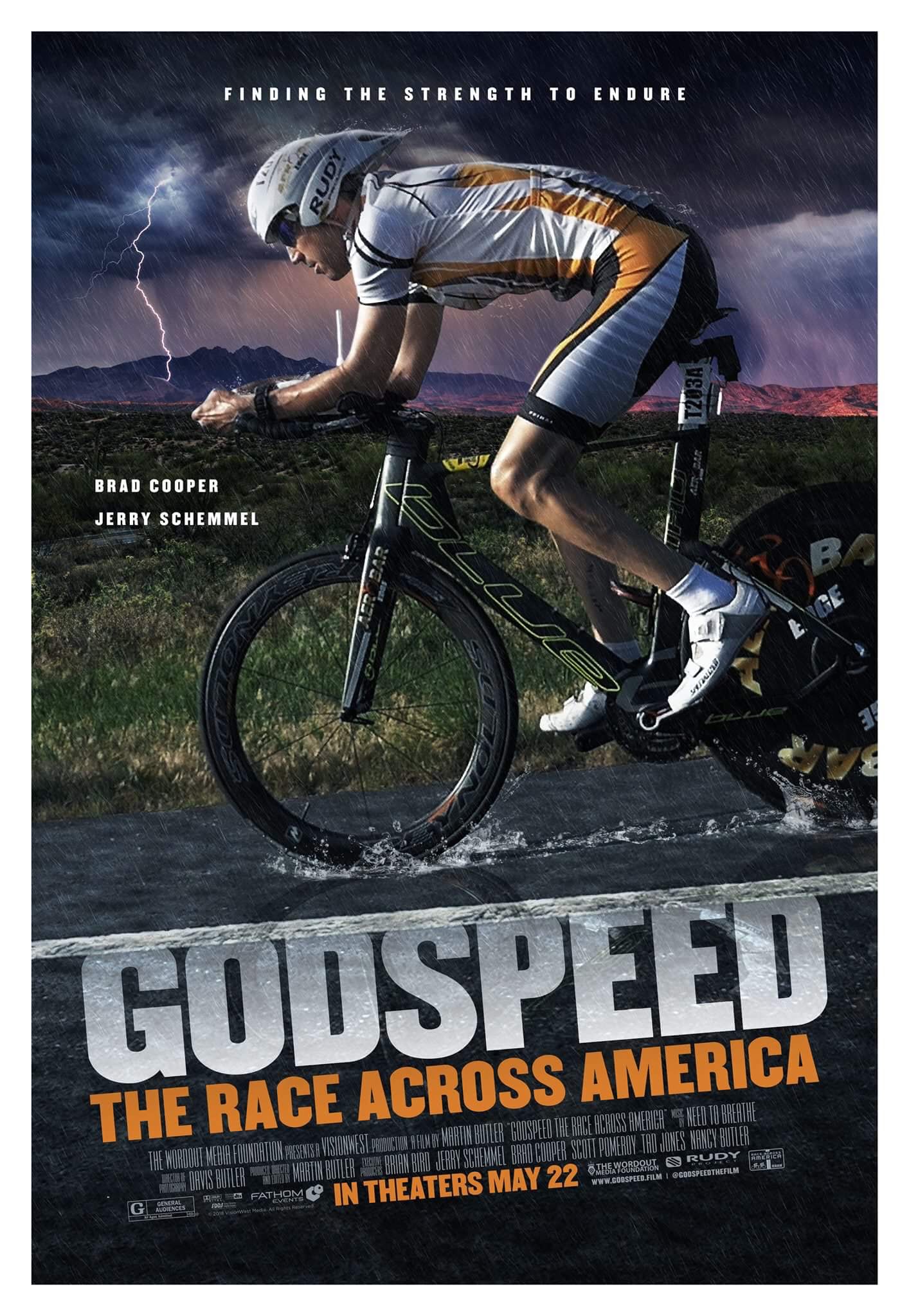 ·         GODSPEED – THE RACE ACROSS AMERICA, the documentary chronicles this first-time racing duo as they compete 24 hours a day covering miles of deserts, mountains and plains, to overcome physical exhaustion and sleep deprivation.

·         Schemmel and Cooper embark on the journey of a lifetime — a race testing extreme physical endurance and dependence on faith, all for the greater purpose, and personal calling to help raise more than $50,000 for the orphans of Haiti via “Building Hope International.”

·         GODSPEED – THE RACE ACROSS AMERICA is executive produced by 30-year Hollywood & TV veteran Brian Bird, whose credits include executive producer/head writer for Hallmark’s original series, “When Calls the Heart”; co-executive producer/senior writer on the hit CBS series, “Touched By An Angel,” and producer/writer for feature films such as “Captive,” “The Case For Christ” and “The Ultimate Life.”