will turn its spotlight on professional surfing when 24/7: KELLY SLATER debuts TUESDAY, DEC. 3 (9:00 -10:00 p.m. ET/PT). The all-access, behind-the-scenes special will chronicle the most famous and prolific surfer of all time,

11-time world champion Kelly Slater, in the weeks leading up to the Billabong Pipe Masters in

Casio G-SHOCK recently launched the second of three videos in its powerful “24 Hours of Toughness” series, a campaign centered around influential women in the creative space and how they operate outside of the traditional 9 to 5.

Featuring Kauai, Hawaii native and female surf legend Malia Manuel, the campaign offers a behind-the-scenes look at Malia’s life on and off the board. Malia, who is a G-SHOCK ambassador, also became the youngest surfer ever to win the U.S. Open of Surfing at the age of 14.

“I love what I do and being able to inspire young female athletes,” said Malia. “As someone who doesn’t operate within the traditional 9 to 5, the campaign presented an exciting opportunity for me to showcase my everyday life and the place I love most.”

Malia’s video can be viewed in its entirety here: HERE.

“We’re excited to continue sharing inspirational stories through our campaign,” said David Johnson, Vice President of Casio’s Timepiece Division. “There are so many untraditional ways to achieve success and the women in our campaign don’t let the traditional boundaries of time stop them.”

In addition to showcasing Malia’s commitment to her sport, the new video also introduces the latest women’s series – the GMAB800. Designed with the active, modern woman in mind, the new watches feature several fitness-focused functions useful for daily health management and are the first women’s collection offering Bluetooth connectivity to measure the number of steps, the walking or running pace, and calories burned.

The GMAB800 collection retails for $120 each and are available for purchase at select G-SHOCK retailers including Macy’s, G-SHOCK Soho Store, and gshock.com.

Was born in South Africa, with his European heritage coming from France and Latvia. He started surfing at the age of 11 and by 16 he turned pro and started traveling the globe and competing on the world surf tour. After 5 years competing full time, injury halted his career, but it wasn’t long before he was scouted by some of the world’s top modelling agencies and was on the road travelling full time again appearing in numerous campaigns and commercials worldwide.

Establishing his name in the South African media, they labeled Stephen as ‘the next big thing’ that will come out of South Africa. To all the media Stephen has appeared in all over the world, Cosmopolitan Magazine voted Stephen as one of the 101 hottest men alive of the world in their annual poll. But he really made his mark in the television and film industry by creating, producing and selling his first title – (“The Blueprint”) – to Fox Networks at the age of 23.  A subsequent move to London resulted in the founding of his company Save Your Day Films, as he slowly started to make his mark in the TV and film industry as an exciting Producer to look out for. He Just Wrapped up filming season 2 of his successful series Chasing The Sun that he once again appeared in front of the camera as the host and as the Executive producer alongside Ovation TV and Journy backing his series.

Now days he is based between LA and London. He is currently busy with several other TV series that are in production named Model Kitchen, World Unknown, Here I Come, as well as 2 kids TV series Found Home Farms and an animation series named Jaye the Psychologist Dog. With even more titles he has lined from factual, scripted, kids and even a feature film, the next few years are going to be an exciting time for him and his production company Save Your Day Films. To sum up Stephen, he gets to push his own swing in life.

Today, Casio G-SHOCK unveils an all-new, limited-edition G-LIDE timepiece, in collaboration with professional surfer and G-SHOCK athlete, Kanoa Igarashi. Boasting superior functionality in surf data tracking and performance, the GLX5600KI-7 arrives in a translu1cent case with silver accents and boasts Kanoa’s signature on the case back, face and band.

The new watch is based on the G-LIDE GLX5600 which features a tide graph, an indispensable tool for surfers. The thin, square shape of the watch ensures that it does not obstruct the wrist while surfing. The GLX5600KI-7 features a semi-transparent body that evokes the ocean and is paired with a mirror finish face that gives the watch a simple, cool look. Igarashi’s “Kanoa” signature is inscribed on the upper center of the watch face and on the strap keeper and case back, as well as in illumination when the backlight is turned on.

At just 21 years old, the Huntington Beach, CA native has been in the professional surf scene for over a decade. Kanoa was an instant talent from the time he first jumped in the water at the age of 3, and by the time he was 11 he set a new record for the most victories in a single season. He has gone on to win a number of major surfing competitions and is currently a world-class professional surfer competing on the World Surf League Championship Tour at the top of the sport.

The new model features technical capabilities to match with Kanoa’s impressive surf skills, including Tide & Moon graphs and a Moon Age data that anchors the face of the timepiece, for anticipating tide and surf swell of the rider’s current location.

A video highlighting the collaboration timepiece has been created – watch here: http://bit.ly/G-SHOCKxKanoa

The new model also comes equipped with standard G-SHOCK technology such as:

The GLX5600KI-7 will retail for $130 and will be available for purchase starting this July at select jewelers, the G-SHOCK Soho Store and gshock.com.

BBO (Boardshort Bottle Opener) is a men’s swimwear line with a bottle opener attached to the inside of the pocket flap. Made from 2-way and 4-way stretch fabric, BBO shorts are durable and lightweight. Available in several different styles, the Mano and Reel styles have a plier pocket that is perfect for fishing. 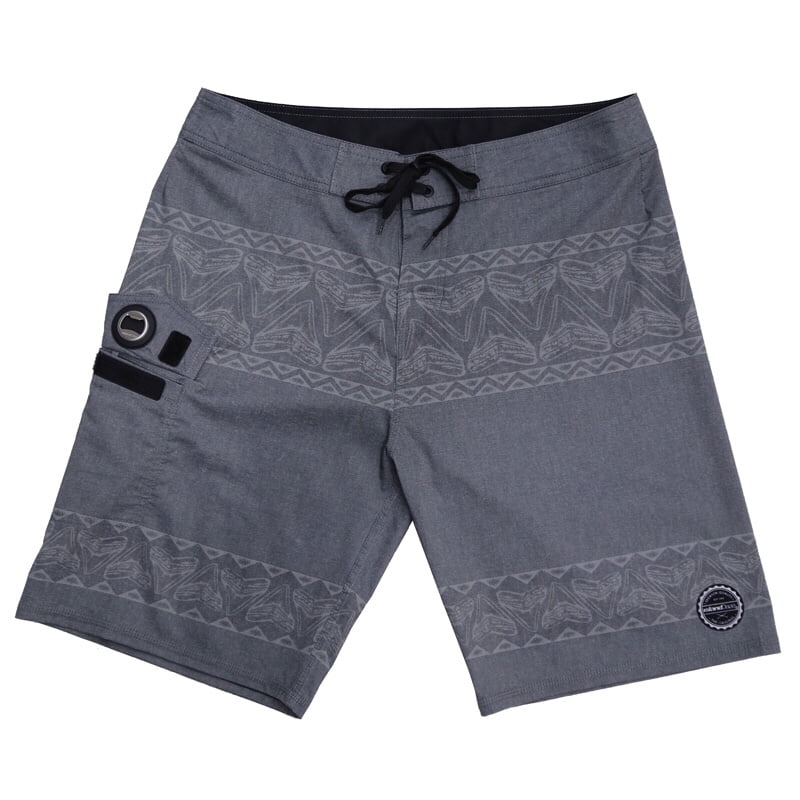 Worn by professional surfer Pancho Sullivan, the shorts are great for any kind of water sports, BBQ’s and beach days. The bottle opener is made out of Stainless Steel and will not tarnish in the water.

The shorts are all $48 and available online at www.bboshorts.com